So I have finally gotten around to grabbing some of the many peectures I’ve taken of Tokio, and now you may look at them. 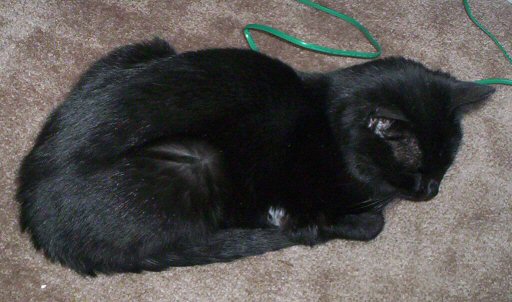 When I first getted her, she was so scrawny. Also wounded. This picture is not a good indication of either, but I took it the first night. 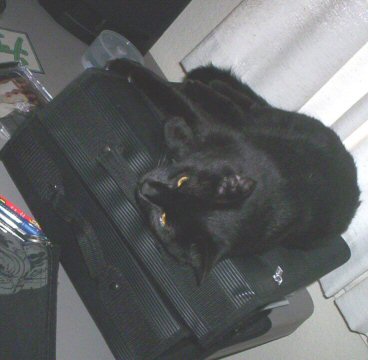 Once I’d decided to keep her, she quickly made herself at home. 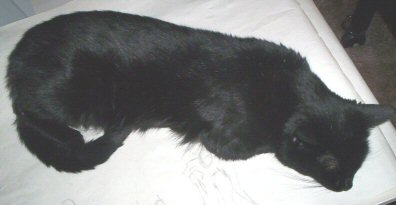 Like all cats, she is an attention whore, and will drape herself across whatever I happen to be working on. 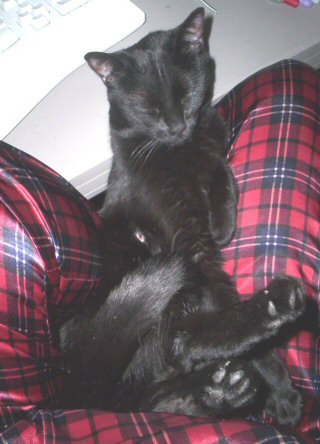 She’ll lie in all sorts of weird positions on your lap. 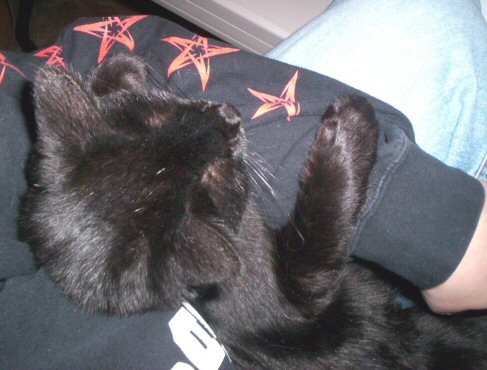 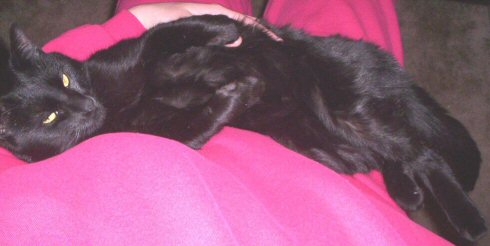 She does not seem averse to sharing my company; this is a good thing. 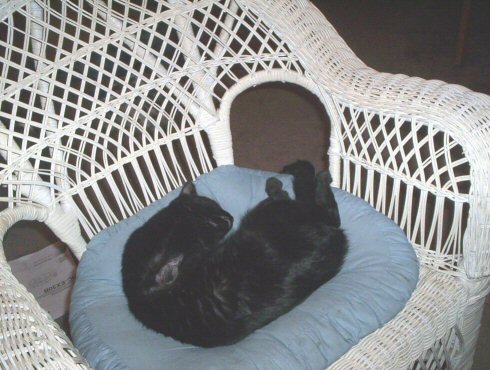 She has claimed the wicker chair for her own. 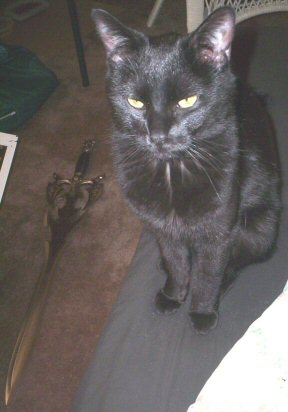 I thought this looked really cool, which is obviously why I took the picture. 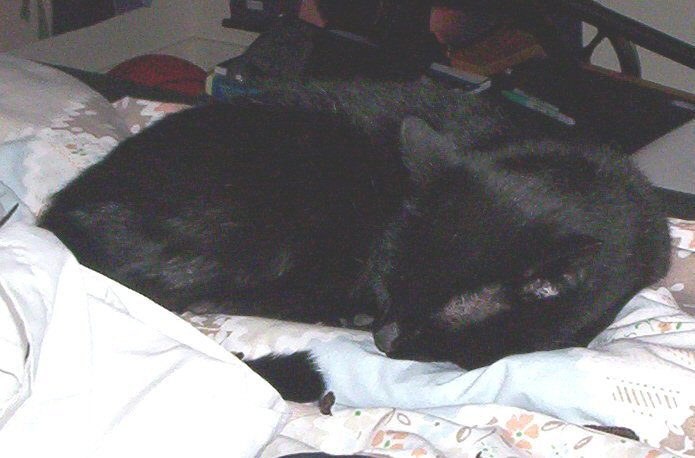 She is incredibly cute.

All those shots are a good deal calmer than she has been recently, as she’s been in heat and was spending her days and nights running around the apartment yowling at the top of her lungs. My sister describes it as mooing. I’d get her spayed, but I don’t have the money at the moment so we just have to live with it. Anyway, she’s getting it over it now.