17. Your thoughts on Ugg boots. Just on the shelf or whatever (not on anyone’s foot, I mean), they look really fakey and it’s difficult to take them seriously. But I’ve seen them on some people with some outfits where they look perfectly fine. There’s rarely a fashion that doesn’t look good on someone somewhere. I guess this must be a controversy or something, given that it’s in this survey.

Yesterday we took down the Christmas tree, and the best thing evar happened. There were a bunch of little gold balls kicking around in a plastic container because we hadn’t located the box they actually go in yet. Cat came up and started batting them around and playing with them, and then she reached thoughtfully in and grabbed one by its hanger in her mouth and just walked away with it. Down the hall, out of the rec. room, she just trotted away with this gold ball, like, “Oh, this is exactly what I’ve been needing.” It was so freaking adorable. I really hoped she would do it again so I could get a video, but I think she was put off by Lester running after her to retrieve the stolen article. In any case, it was so so very excessively cute that we all died. 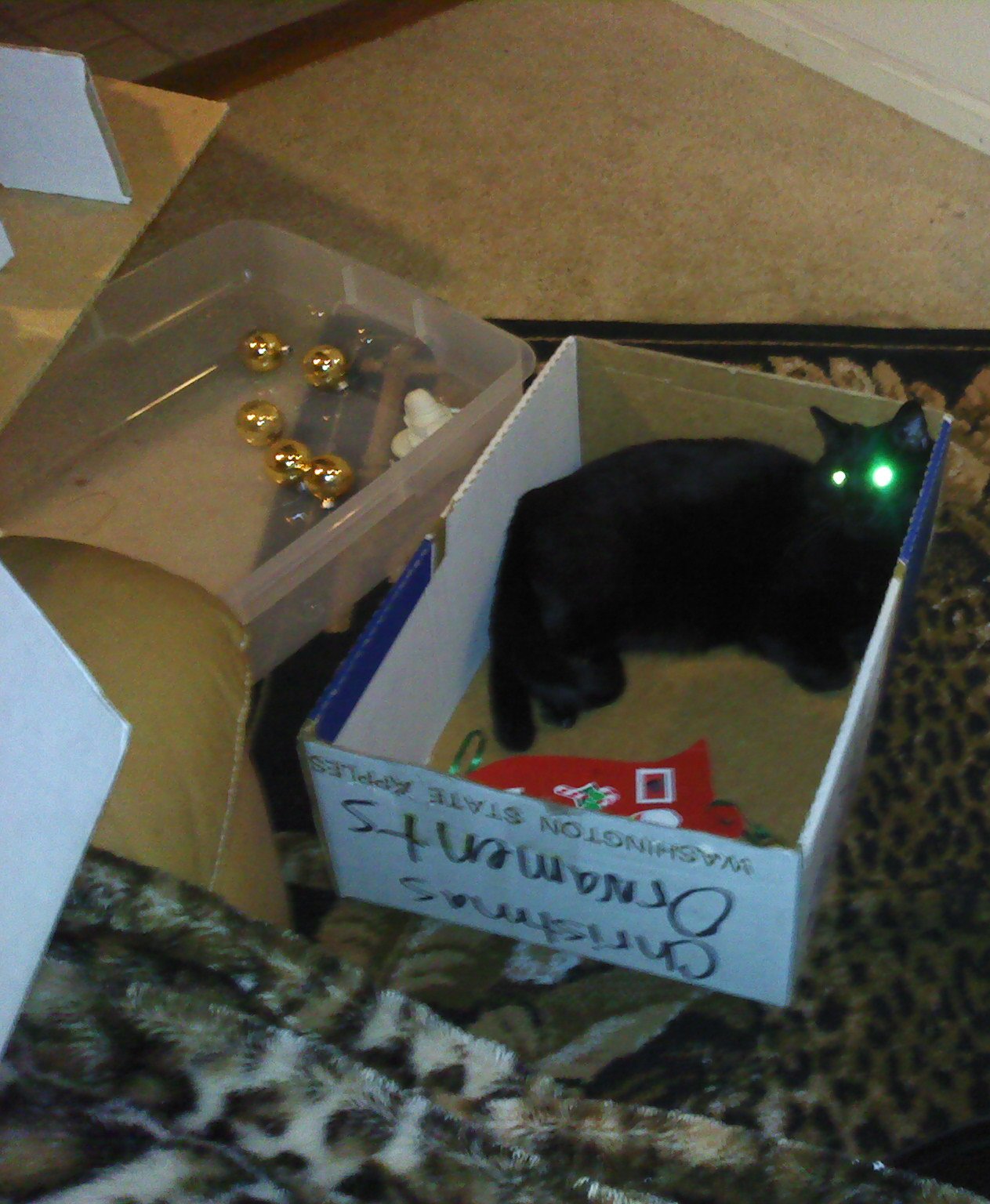 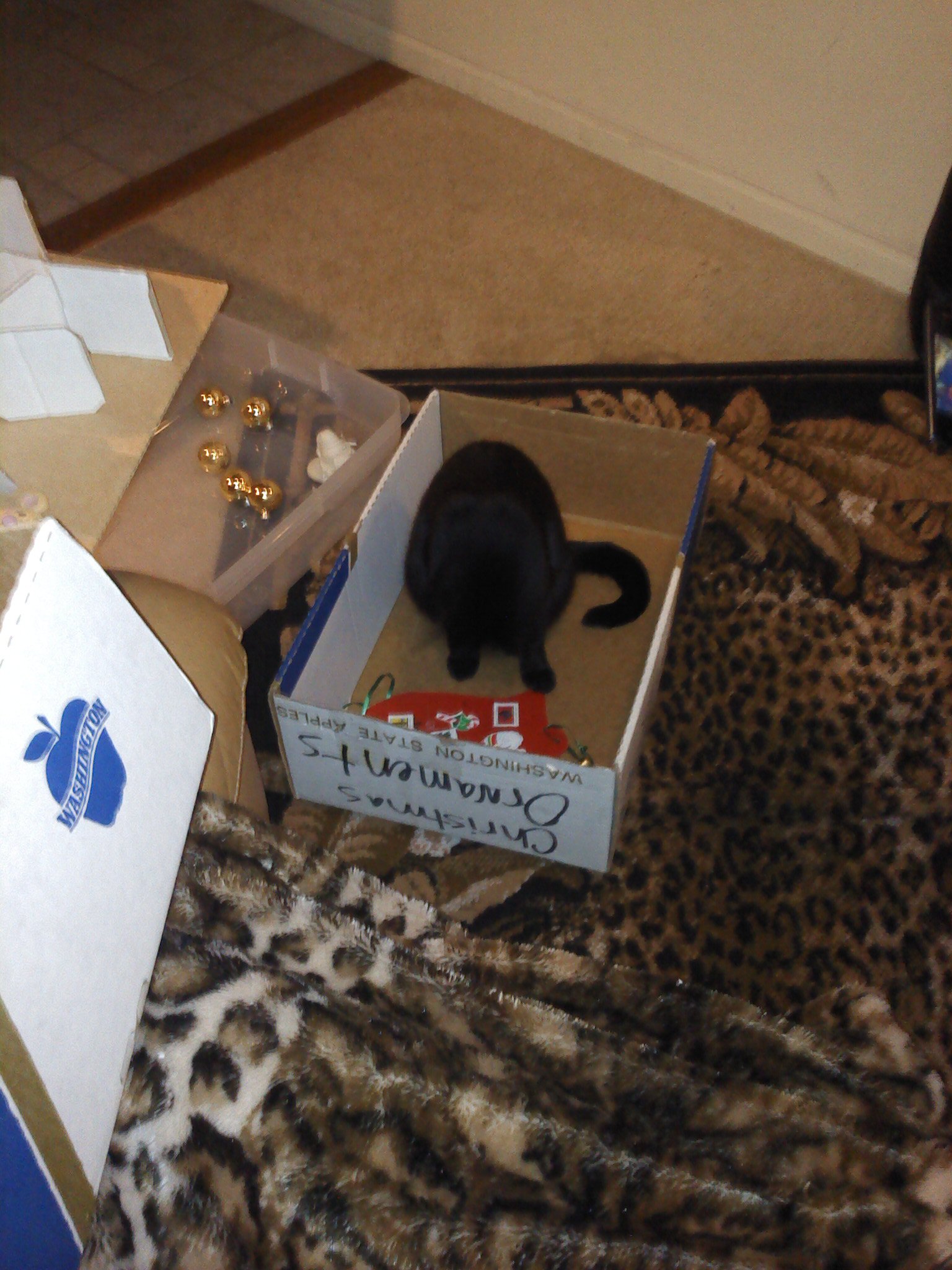 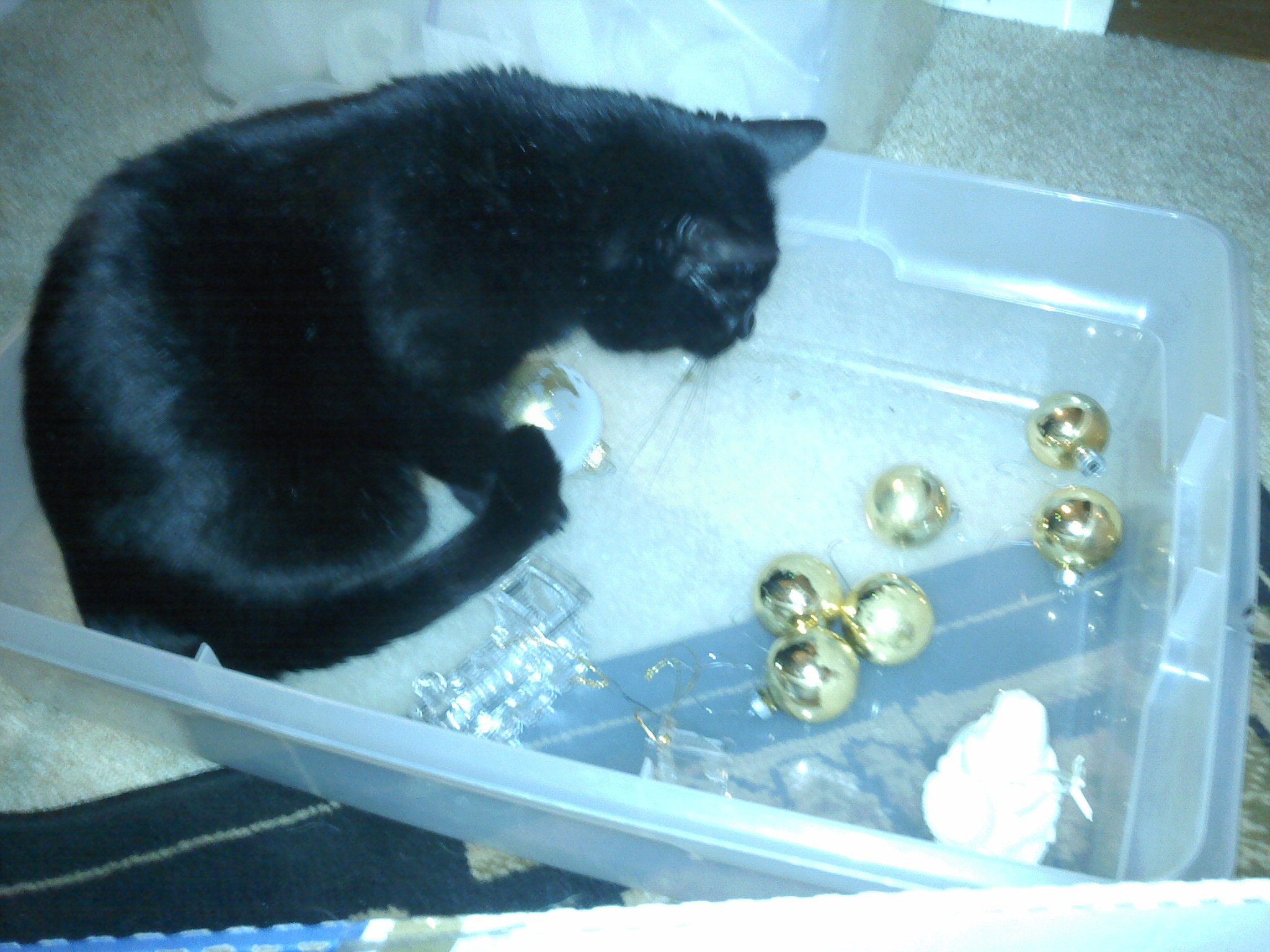 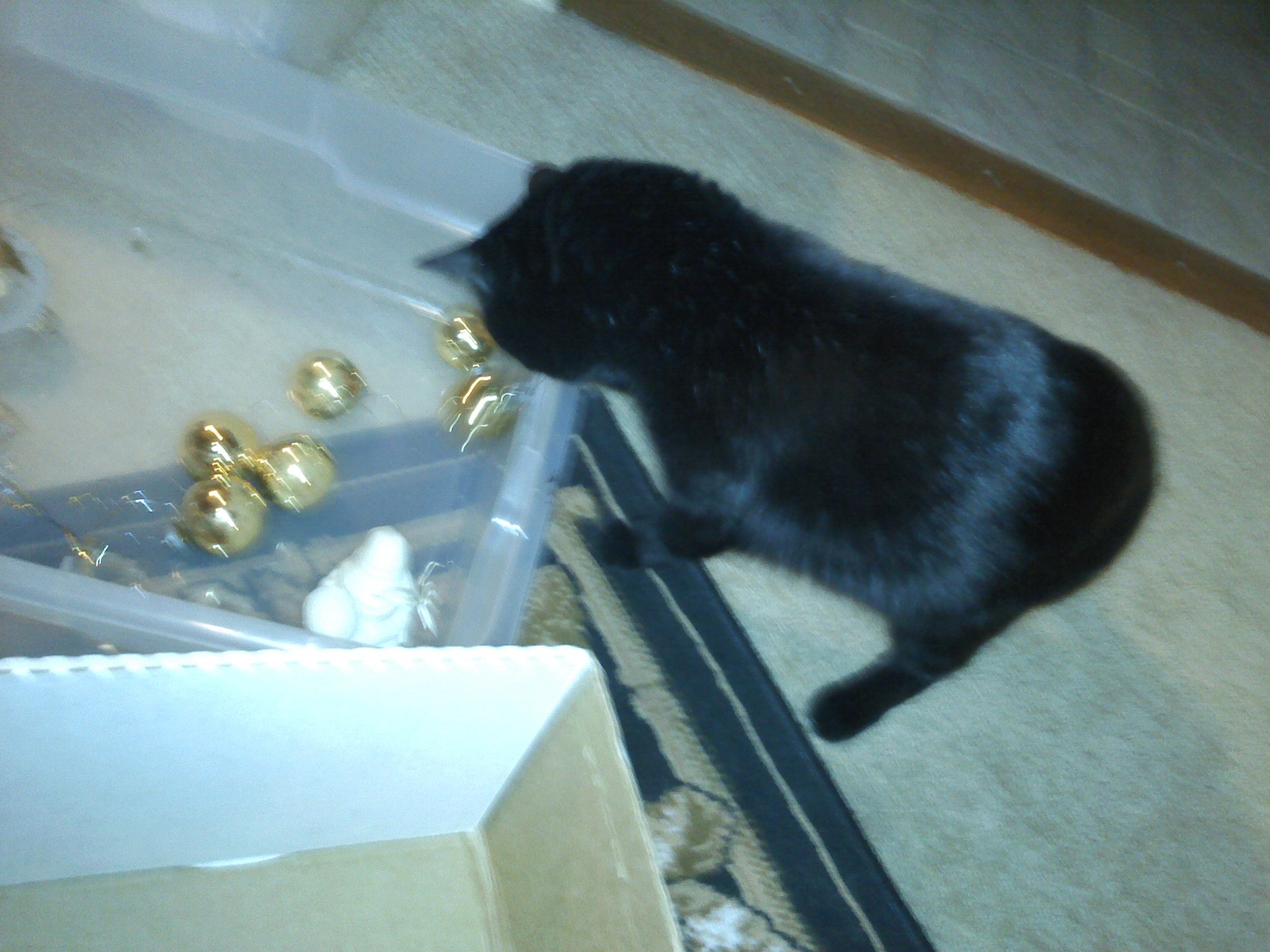 Man, I like winter, but I get so tired of being soOoOo cold. It’s, like, 40° in my bedroom right now. Skywalker is doing his best, but it isn’t really good enough. I wonder what would happen if I pointed him directly at me…

LESTA WENT AWAY. That means no mas Lesta. But it does mean more Plastic.

Photo of the day:

This horrible mouse monster is something ZG and I found at a King Soopers one day. I don’t know what happens when you press the button thing (it says, “I like you,” possibly?) because ZG begged me piteously not to do so. I like that the second one has deformed hands.