We’re pretty sure we’re not in the path of the fire and won’t need to evacuate, but I guess we’ll see. The view from my driveway: 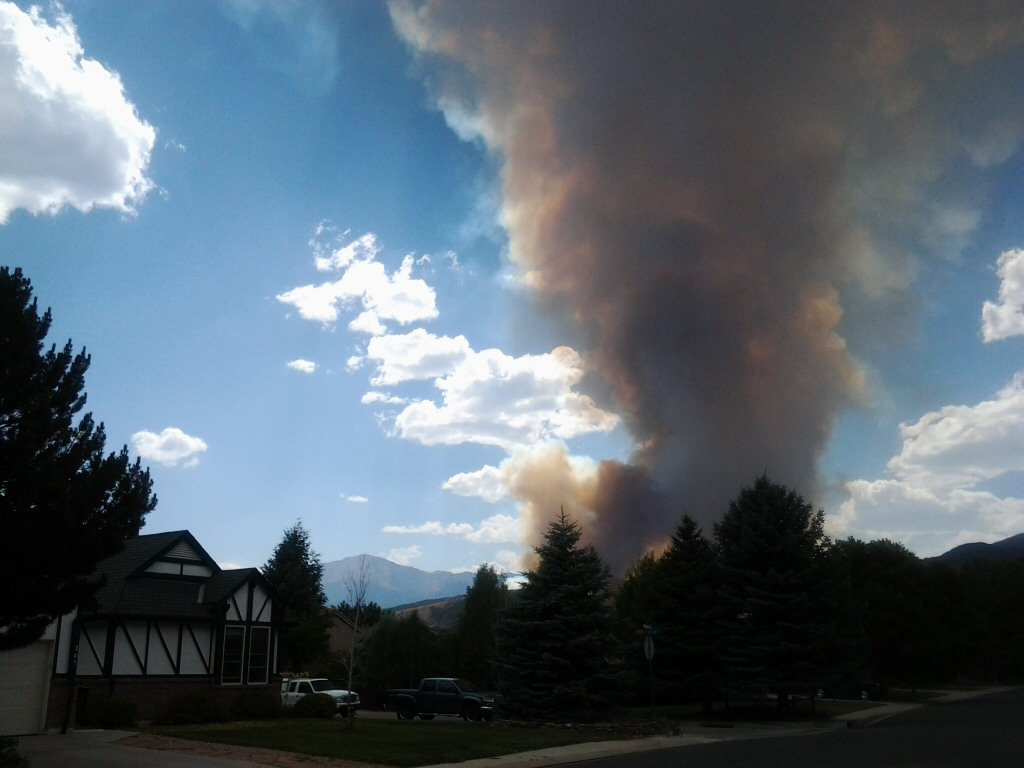 That mountain in the picture? Pikes Peak. Where my brother works. He got evacuated and managed to make it down before the highways in that area were closed. On the way down, they passed right by the entrance to Waldo Canyon, where the fire is/started, and he saw actual flames.

Local news stations are broadcasting from the very parking lot he and the other Peak people carpool from. It took me freaking forever to get up there and find a place to park to pick him up. They’ve closed GotG park, and Peregrine is being evacuated. Oh, and the military is getting involved since this is becoming a threat to USAFA. This is crazy.

I have no idea how to tag this entry.

Next morning update: I hear they’ve evacuated Manitou. Smoke is still visible as before, but there’s considerably less now. 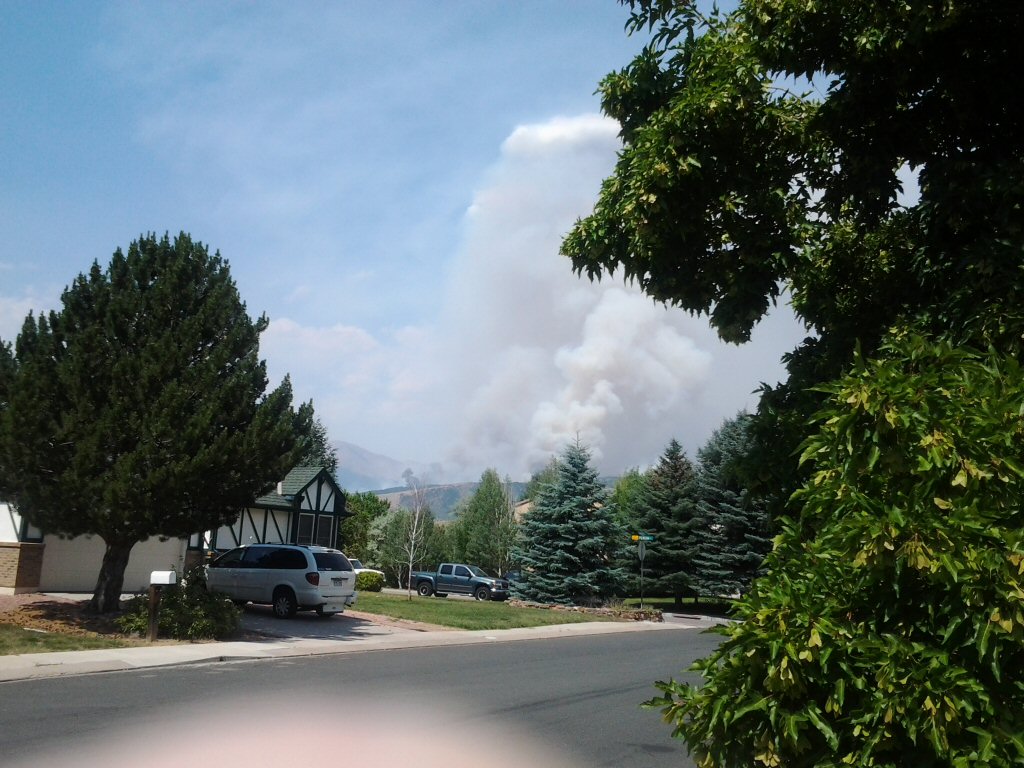 Wildlife all across the area is spooked; bears have been trying to get into people’s yards and stuff. We kept the dog inside last night.

Sunday afternoon update: I was out on the back porch just now when I heard a rustling. Turning around, I found a young bear.

Needless to say, I brought the dog inside post-haste. Cat was watching from the window, and the moment she saw the bear her tail puffed right up. We joined her. Bear appeared agitated and unhappy. Some rabbits ran like hell across the yard. Bear climbed the six-foot fence, sat atop it for a minute, then came back down. It went back to the lower fence and climbed over that and left across a neighbor’s yard.

Monday evening update: Fire has been going for three days now. Throughout most of today, the smoke wasn’t looking as bad as it was before, but within the last few hours we’re getting the giant pillar effect (as in the first photo above) again. I hope that doesn’t mean anything bad.

We read online that Goodwill is offering free stuff vouchers to evacuees, and that they’re seeking volunteers to help organize the stuff they’re giving away… but when Lester and I went in there just now, they pretty well had no idea what we were talking about. Evidently their shit isn’t together yet XD

Oh, but apparently the Manitou people got to go home. That’s a good sign.