Apparently they’re up to 5% containment! Woo-hoo! Anyway, here’s the latest view from my driveway: 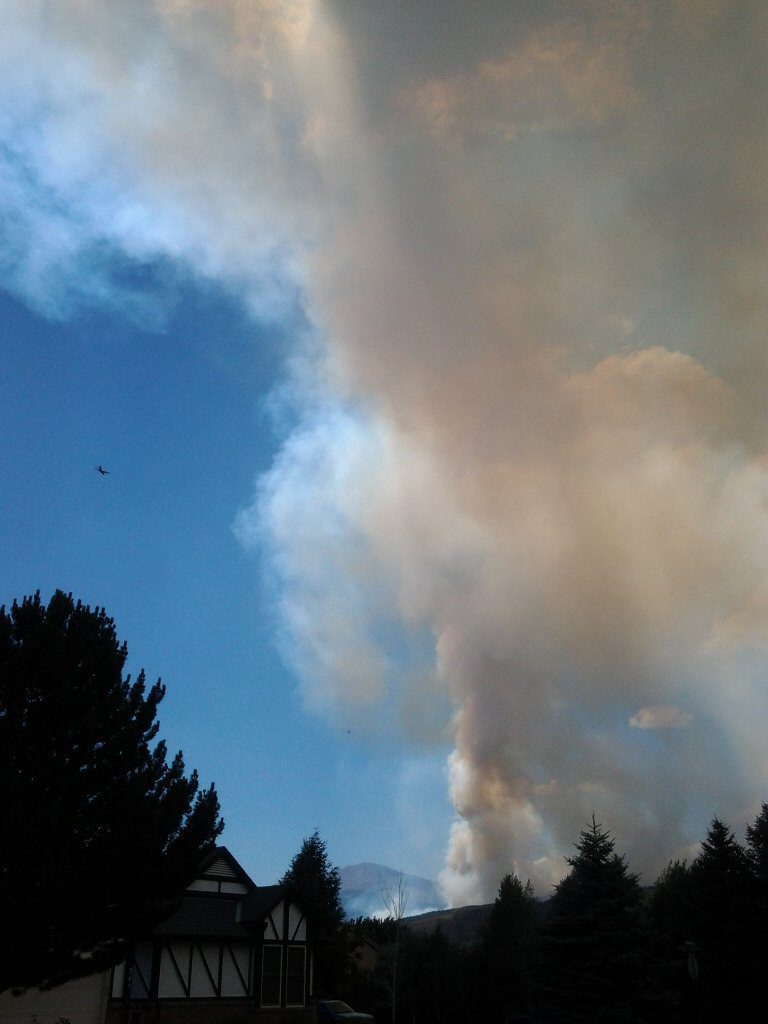 You can see some airplanes in the picture trying to help. And evidently the fire is one ridge away from the building where my parents usually attend church.

The sunlight through the smoke has been orange for the last three days. Dog is not doing well in the smoke; her eyes seem to be having a bad reaction. 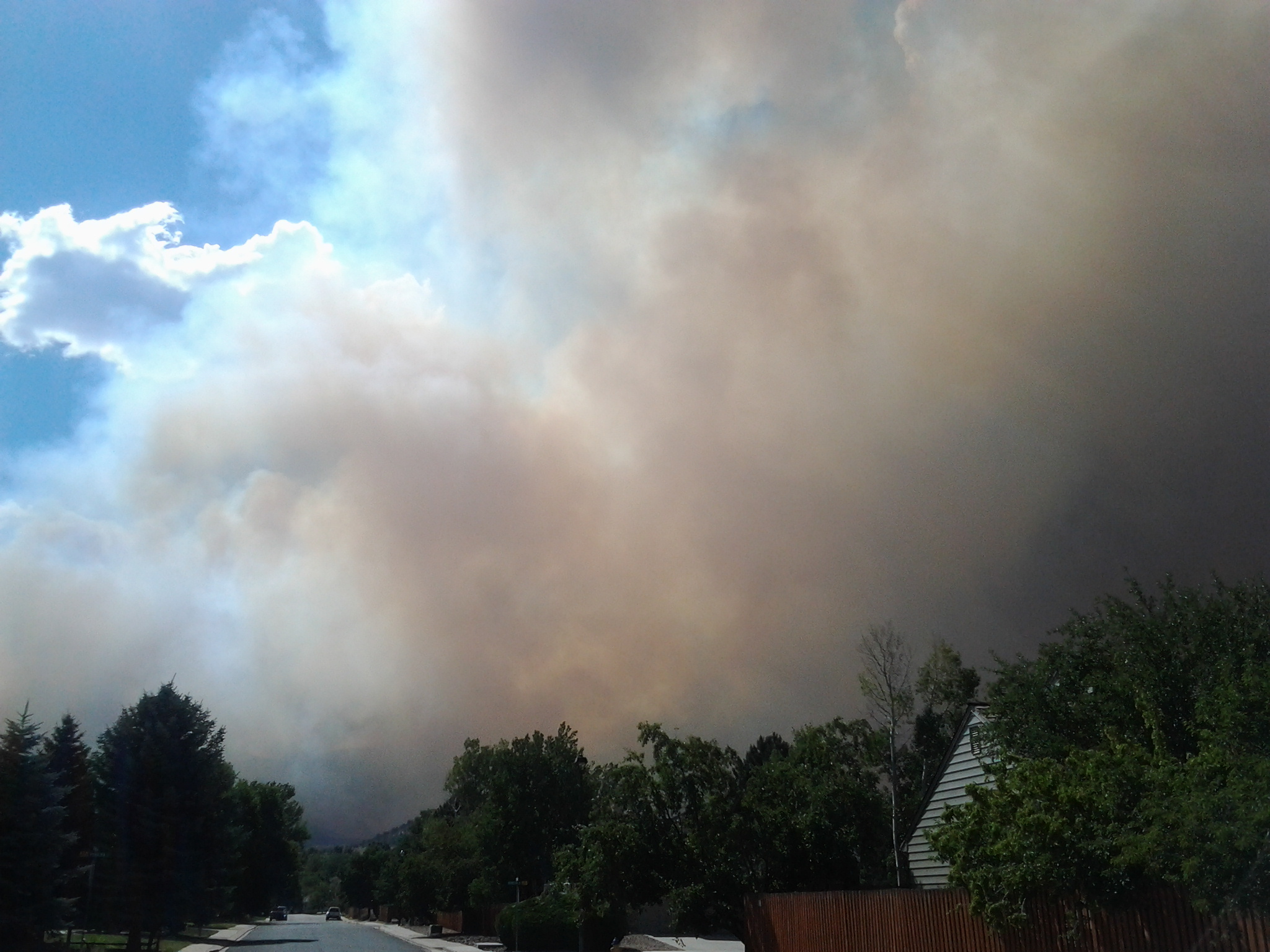 It feels weird to be job-hunting in the middle of this.

Tuesday afternoon/evening: Lester and I went to Wal-Mart, from whose parking lot there is an excellent view of the whole expanse of the issue. From there, we could see open flames on the mountain in multiple places. Monumental cloud of smoke was still there, but about a third of the sky was still blue… when we went in. Here’s a short video I took:

When we came out, I tried to get some pictures of the open flames, but the wind seemed to be shifting in our direction and covering everything up in smoke. Then as we drove home, we drove right into a WALL OF SMOKE like London fog (only hot and dry instead of cold and wet; also, I’ve never actually been to London and am probably full of shit). It only got thicker as we got into our neighborhood. 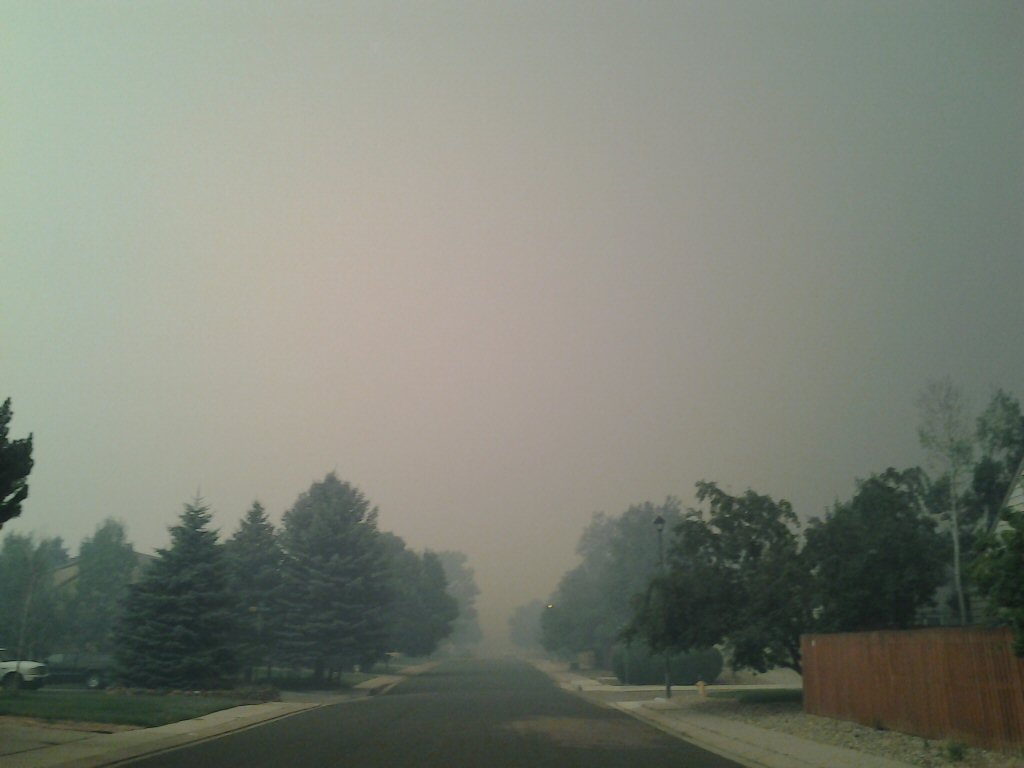 That’s essentially the same view as before, only I went out into the middle of the street instead of standing at the end of the driveway. Generally, there should be, you know, mountains visible.

I’m actually starting to get a little scared now.