We’re getting out. Our neighborhood isn’t a mandatory evacuation area yet, but homes and businesses within two miles are. We’ll head up to Mostle’s and grandma’s in Utah for a while. Further updates as they occur (and as I have internet); now it’s time to pack up some whatever.

Update 8:02 — just heading out as part of a looonnngggg line of cars. Our neighborhood went mandatory about five minutes ago. 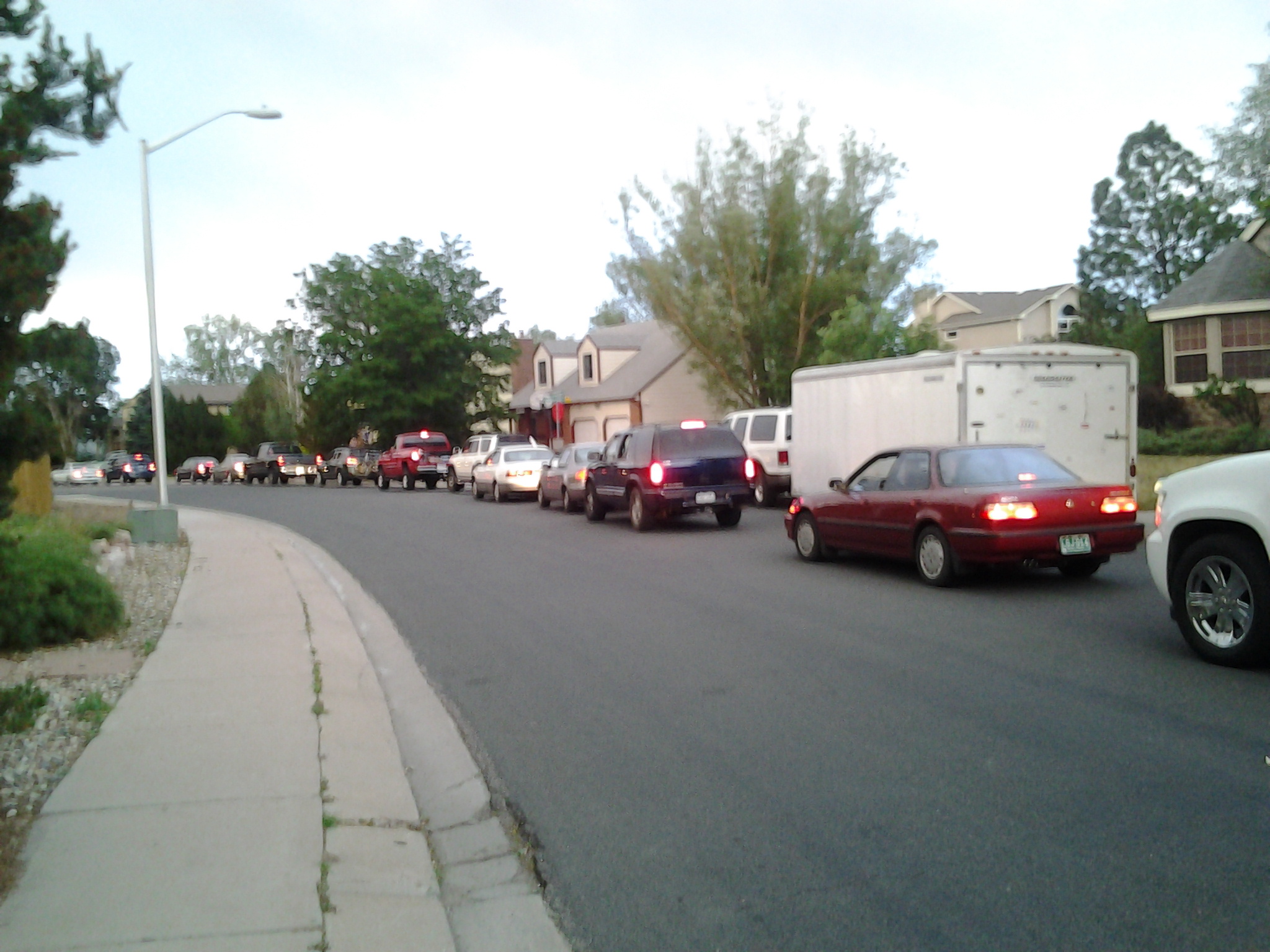 Update 9:59 — have picked up a rental car and are almost out of town. From this distance and in the dark, flames are readily visible far off; impossible to tell how close to our neighborhood they are.

Update 3:01 — staying in a hotel in Grand Junction. News sites don’t indicate whether our neighborhood, specifically, has suffered damage yet, but the language is not encouraging.

Update 11:10 — apparently the fire has not crossed Centennial. This means we still have a house. Yay! Given the thus far completely unpredictable and mostly uncontainable nature of this fire, we’re not counting on this remaining the case. So many people have lost their homes… the last count of evacuees was 32,000.

I want everyone in the world to know that this hotel in Grand Junction, called the Grand Vista, gave us a discount on the room and didn’t say a word against the cat when we mentioned we were evacuating. This town is 250ish miles from Colorado Springs, so they have no reason to be especially sympathetic, but they were.

Update 8:26 — safely at grandma’s house (finally), so I think this will be the last update to this entry. I’ll make a new one if/when I have new info. For now, Zombie Girl’s area is on pre-evacuation, so wish for her safety and that of her family and home in addition to mine. Thanks very much for all the kind replies, everyone.

The card I pulled on the subject of the safety of my house represents material success/happiness. This seems reassuring.