I got the quote back from the jeweler: you’re getting 20 percent cooler

I was up unnecessarily late on Monday night, and that combined with the unaccustomed hour I have to get up at now made me extremely tired yesterday. The good side of that was that I slept really well last night; waybee was my siit sunnglebii all night ^___^ Also I had some dreams:

In one, Rebecca Black and a friend/cousin of hers were on some kind of talk show I was watching. The friend/cousin was really nervous, but Rebecca had convinced her to be there. They were gearing up and getting everyone excited for this big announcement they were there to make, but then that just turned out to be that a Swedish translation of Friday was coming in January. And I was like, “You made this huge big deal about a new version of the crappiest song ever in, like, six months?”

In another dream, I was driving home very slowly on a snowy road and sliding around. Then I got home, and admired all the Halloween decorations my mom had put up. Only, in this dream, people apparently decorated for Halloween the way we usually do for Christmas. So I was all admiring this Christmas tree.

Anyway, then people came trick-or-treating, and we were opening the door to thems and giving out candy. Then this chipmunk came running up, and when we next opened the door it stood alertly in the doorway as if looking out at the trick-or-treater and ready to give out candy too. We all stared at it, amazed at its seeming intelligence. Then Tokio came up and grabbed it. I pulled her off of it right away, but it was too late; she’d already killed it T__T

There was one other dream, but I’ve forgotten it now. Mou.

I’m kinda too tired to really talk about much else. How about just pairing meme now. Day 6: Series that you have many ships in – Firefly 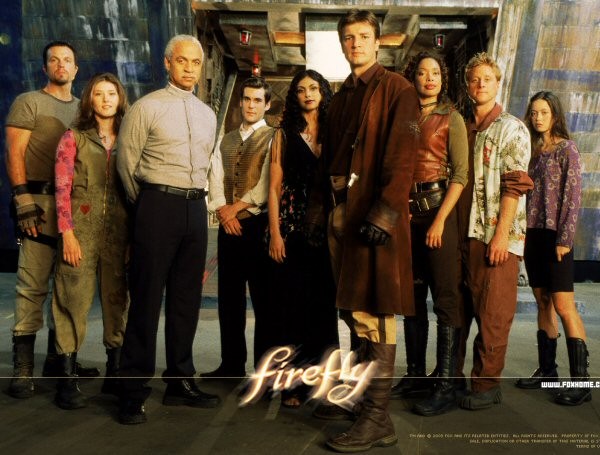 The thing about Firefly is that all the characters are well enough developed that every potential combination would make for an interesting dynamic, and I’m not attached enough to any specific pairings to become sad at seeing them separated. I like Mal/Inara as the series set up, but Mal/Jayne is great too, and Inara/Kaylee is wonderful… but I love Jayne/Kaylee too, and even the canonical Simon/Kaylee is fun times. And don’t even ask me how long I’ve spent pondering ways of hooking up Jayne and Zoe. MmmmmZoe. And River? River/Everyone plzthx. Seriously, there’s not a pairing among those main characters that I can’t think happily of a good scenario for. If you come up with ways around his directing of energies elsewhere, you can even pair Book off. Oh, Firefly. Why the death untimely.