EIGHT LEGS AND A LITTLE HEAD

Having slept badly most nights this week, then stayed up late last night and gotten up extra early this morning, I was extremely tired after school today — so much that I actually took a nap, which I hope won’t prevent me from getting to sleep now.

What may prevent me from getting to sleep now is the fact that when I turned toward my bed a minute ago with the thought of getting into it, I found the fattest-bodied spider of all on my pillow. Wot! How can this be. I like spiders, but I do not like them in my bed. Especially since I just did a school project on the effects of venom on the human body and it gave me a temporary paranoia about recluses in particular. Mou. Now how am I supposed to go to bed.

Aaanyway, since I do seem to be staying up long enough to write a journal entry now, I may as well mention that I have an interview next Wednesday and this is gramd srab upon me. Wish me well; not only is this the first interview I’ve been invited to for a while, it’s for a position that I’m really hoping to get; it would work very nicely with my school schedule, I think.

Tomorrow I am going to write everything and work on website stuff (and study a bit because ugh). It will be the most productivest day of all. Also the Broncos play at 7, but I just bet I won’t be able to watch it until Sunday. But whatevs. 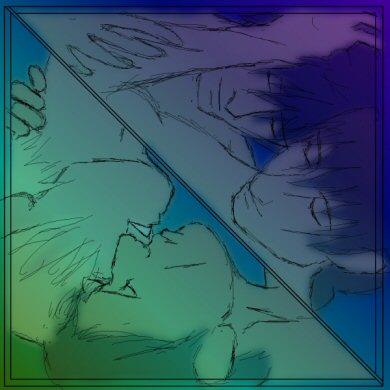 Zombie Girl and I talk about any and every pairing that comes to mind in any and every fictional and often non-fictional setting, especially the ones we like best, but I’m pretty sure that the members of the two couples we talk about most can be numbered one through four. And aside from the fact that I’m consistently writing stories about these particular guys and therefore deliberately bring them up quite frequently, they also come up by accident all the freaking time, since (as any fan of a series in which characters are numbered is well aware) just about everything everywhere reminds us of them.

I wish I could give a specific example of our silly banter. One of these days I’m going to have to record one of our “and then Heero says/and then Duo says” conversations, though they probably wouldn’t be nearly as entertaining to anyone else as they are to me. Anyway, the long and short of it is that we talk about these guys aaaalllll the time. We talk a lot about Saitou and Sano too, of course, but they’re not in that picture so they get only this mention here at the end :D

OH WHAT. Brother reports that another huge-bodied fat spider of the same type has just appeared in his room. THIS MEANS AN INFESTATION. Just when I wanted to go to bed *wails* And if one of them found “across my bed” a logical path… And now my skin is crawling; oh, what shall I dooooooo.