Run and hide your crazy

Today there is a tremendous snow storm. How cool it would be if my manager called and told me I didn’t have to drive all the way across town in it to come to work XD If that unlikely event does not take place, I will have TACO BELL on the way to work.

I’ve been sick since last Tuesday or so. I think I caught whatever it is that my mom’s had for months on end now. Of course being sick is no fun, but at least it came at the end of the internship rather than in the middle, and not during cantata. 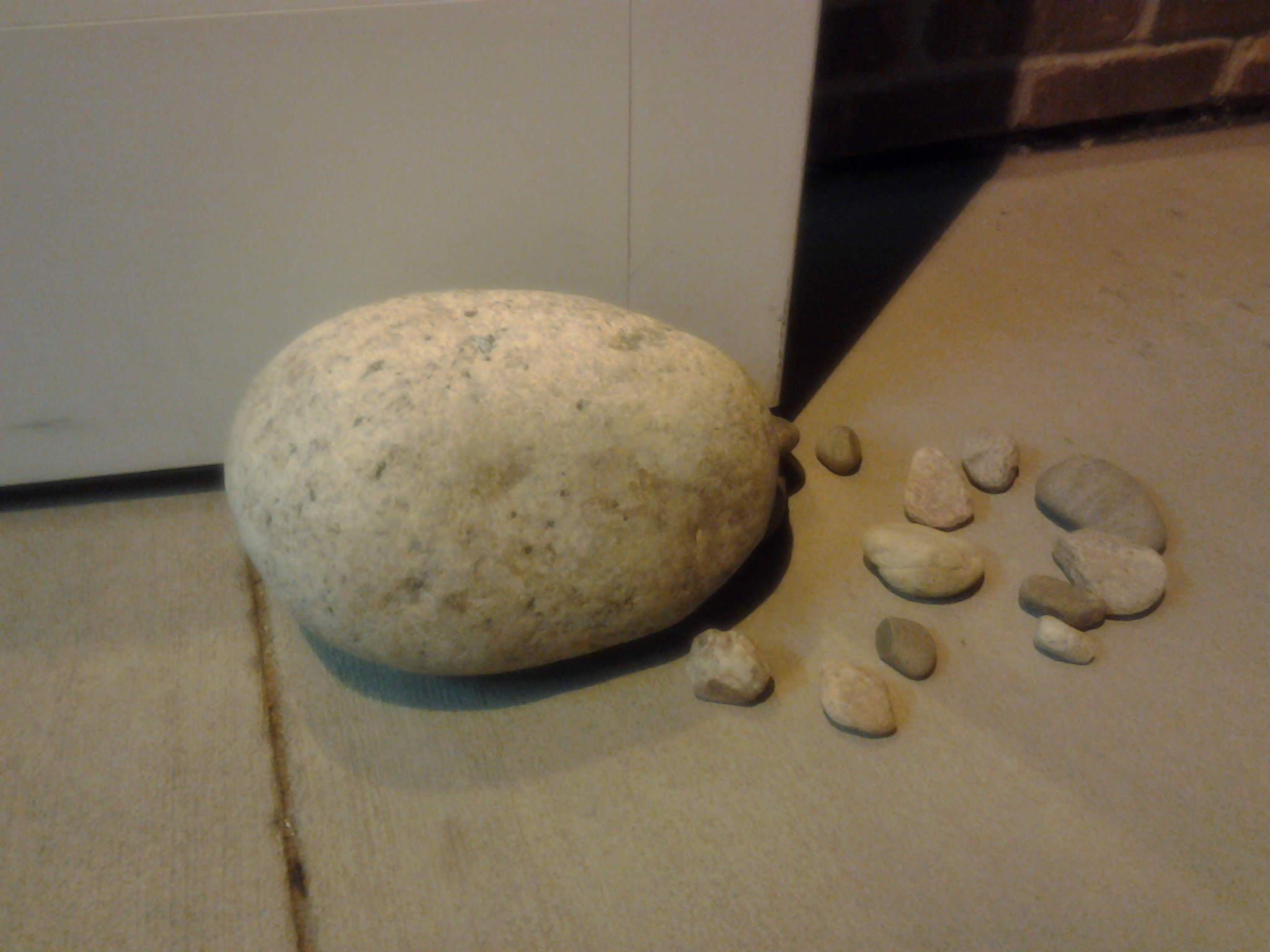 I came out afterwards and found this and laughed so hard. You can’t even really see the original wedge rocks in that picture because GIANT BOULDER is mostly hiding them.

So it was almost precisely a year ago that the excellent daily treadmill-walking habit I’d gotten into died a sudden and unexpected death, and I’ve had it in mind for several weeks now that as soon as my internship was over I would start that up again. It’s become very clear that I need to become stronger for this field of work. Unfortunately, with this stupid sick, I’ve felt too wretched and tired so far to do that. I’m afraid today is going to be the same.

I dreamed that I was She-Ra. A villain was coming, so I ran out of the building I was in to defeat him. He was using a giant catapult to throw huge missiles at various buildings and stuff, which is more or less hilarious since canonically it’s usually She-Ra herself throwing the giant rocks. Anyway, I went out there and whistled for Swift Wind, but even after I’d whistled several times he didn’t appear. I realized some traitor must have restrained him inside the building to keep him from helping me.

So I ran off toward the bad guy, shouting for the people around me to “find my damn horse.” Unfortunately, on foot I wasn’t fast enough to stop all the missiles, and lots of damage and danger was happening. So I went for the guy himself. The catapult thing he was on was shaped like a giant fire truck, and I grabbed him down off of it and started ripping him apart with my bare hands. Because I was freaking She-Ra. But I found that, instead of being shaped like a normal organic being with blood and organs and such, he was composed of uninflated balloons. The narration in my dream remarked, “At this point I started to notice a certain filled-with-balloons quality to the body of the enemy,” and I think it was this absurdity that woke me up. I never did find Swift Wind.