All the dreamers in the world

I’m moving toward wellness and already relatively much better than before; I believe I can safely say that I will start my new exercise schedule on Monday. Only a week later than I’d planned is not too bad.

Had my final meeting at the school, so supposedly my VA program is all complete. (“Supposedly” because the school is kinda stupid and disorganized, and some of the final paperwork that had to be done online was’t set up properly… we’ll see.) I got the highest grade it’s possible to get on the internship, which is, for some reason, a 97.2 or something. They never explained why this is, but whatevs.

Today I watched PSY’s Happening concert, which was awesome. How can he be so adorable. Lesta and I had planned to have our PotC marathon today, but he’s not awake yet, and PotC marathons have to start a bit earlier in the day than this in order to be completed at a rational time of evening. Another time, then.

I’ve had several things in mind to work on during this month of delicious freedom, and I will list them now for the sake of organization.

SEE HOW ORGANIZED I CAN BE. I’ve already even done some things I had in mind, like touching up my hair dye. Have I mentioned how much I adore this hair dye color?? All the recordings in the world (including lellom srab) have had to wait on account of me being sick. As if I’m not already congested enough most of the time; ugh.

Um, look at this spider. 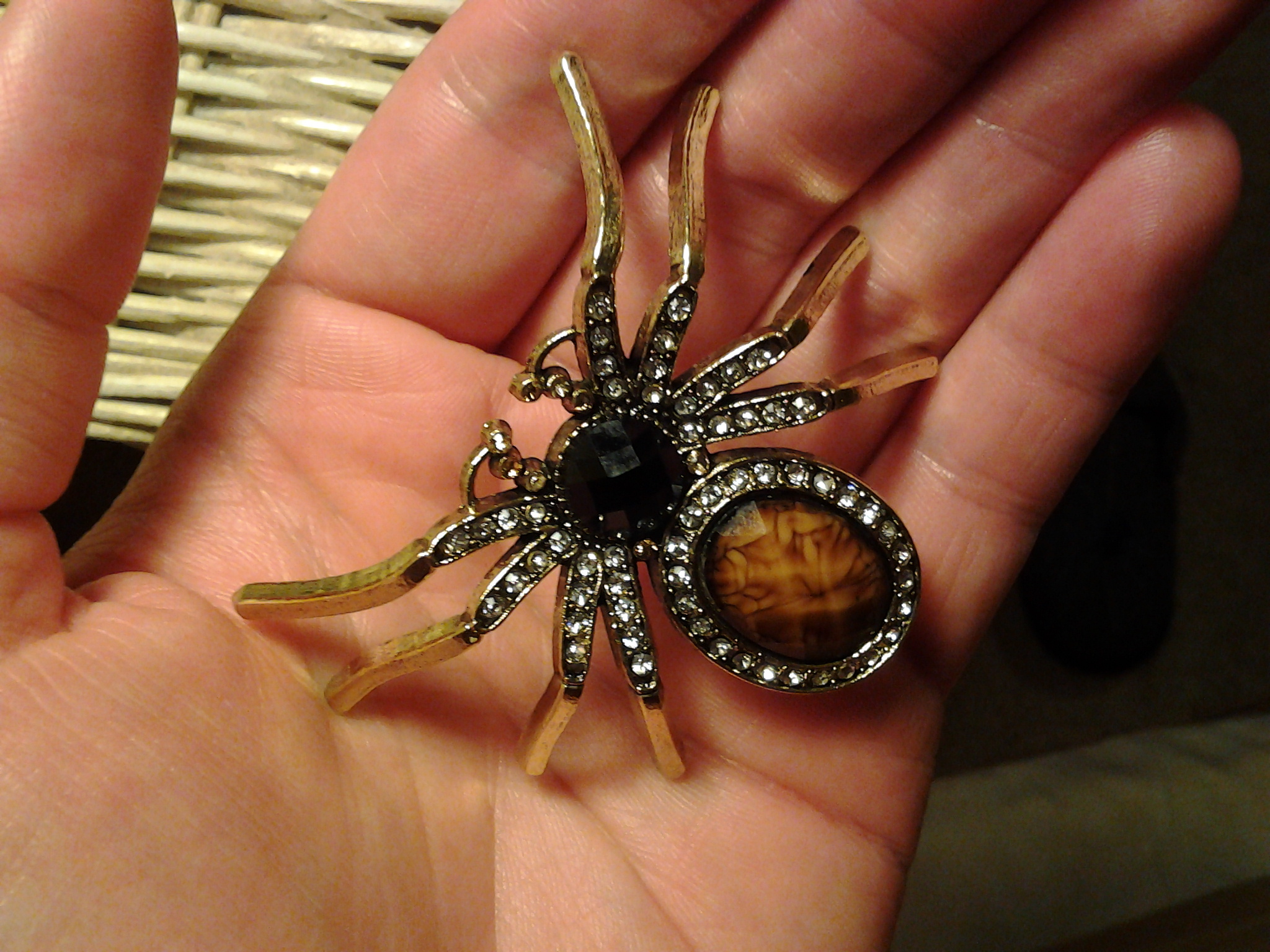 My mom found it at a store and bought it just for me in honor of me being done with my internship. ZOMFG SO CUTE. I will make it into a necklace one of these days, but I need a chain for it.

I dreamed that I was working with Saitou and Tokio in a sort of ASZz setup. Tokio was trying to locate/track some evil woman. The genius way she thought of to accomplish this was to go to some people that had encountered this woman and ask them for some of the woman’s feces. DON’T ASK ME I DON’T KNOW. These people tricked her by giving her all the feces in the world. I blame this on the really poor sick sleep that I was having, because wot.

Now I will do things.