My parents went out of town early this morning, and won’t be back until the middle of the night between Friday and Saturday. Slightly later this morning I headed off to class. At around the same time (presumably) my brother headed off to the bus stop to catch a ride to his carpool spot for work.

I know he left the house, anyway, because when I got back from class the kitchen door was locked. Pretty well the only time we ever lock that door is when truly nobody is home; the house is almost always occupied most of the time, to the point where we don’t even have a key for the front door; it just stays locked most of the time and only gets opened from the inside. But we do have a key for the kitchen door, which is hidden in a special spot.

Where it wasn’t when I got home from school. Nor anywhere in the vicinity.

I hunted it for about fifteen minutes and finally gave up. I assumed brother had just pocketed it without thinking after locking the door, but since he was AT THE TOP OF A FOURTEENER at the moment, I could not contact him.

So the biggest problem to being locked out of my house was that Wednesday is a work-day, meaning I had just under an hour after school to change clothes and eat lunch before heading out again.

I actually did have access to my intended lunch, since it was in the outside refrigerator, but I couldn’t get at the microwave to heat it up. And of course it’s technically possible to go to work in my scrubs, but not only is this kinda weird and not exactly within company policy, also…

Also I was x-raying a dead dog all morning. The thought of going into my work kitchen and messing around with food items in a corpse-stained scrub top was a little more than I could handle.

So I was freaking out, trying to find someone that could possibly cover my shift this evening, thinking about cadaver fluids and how this was going to affect my schedule for the rest of the day and possibly week.

What if Lesta didn’t actually have the key? What if it was lost and we were both locked out? I have a cattle lab on Friday; I can’t go to that in these shoes!!!

Worse even than shoe concerns was the fact that my darling cat was sitting just inside the back patio door, which is glass, looking mournfully up at me and meowing piteously. Normally I feed her three times a day, and lunch is one of those times. I thought it would break my heart.

Eventually I was reminded by my manager, whom I called in something of a panic, that there are extra EA shirts at work, so I could at least come in and switch out my scrub top. So now I’m sitting here at work wearing white shoes, grey scrub pants, and a bright red Edible Arrangements t-shirt for an overall look that somewhat resembles pajamas and slippers. 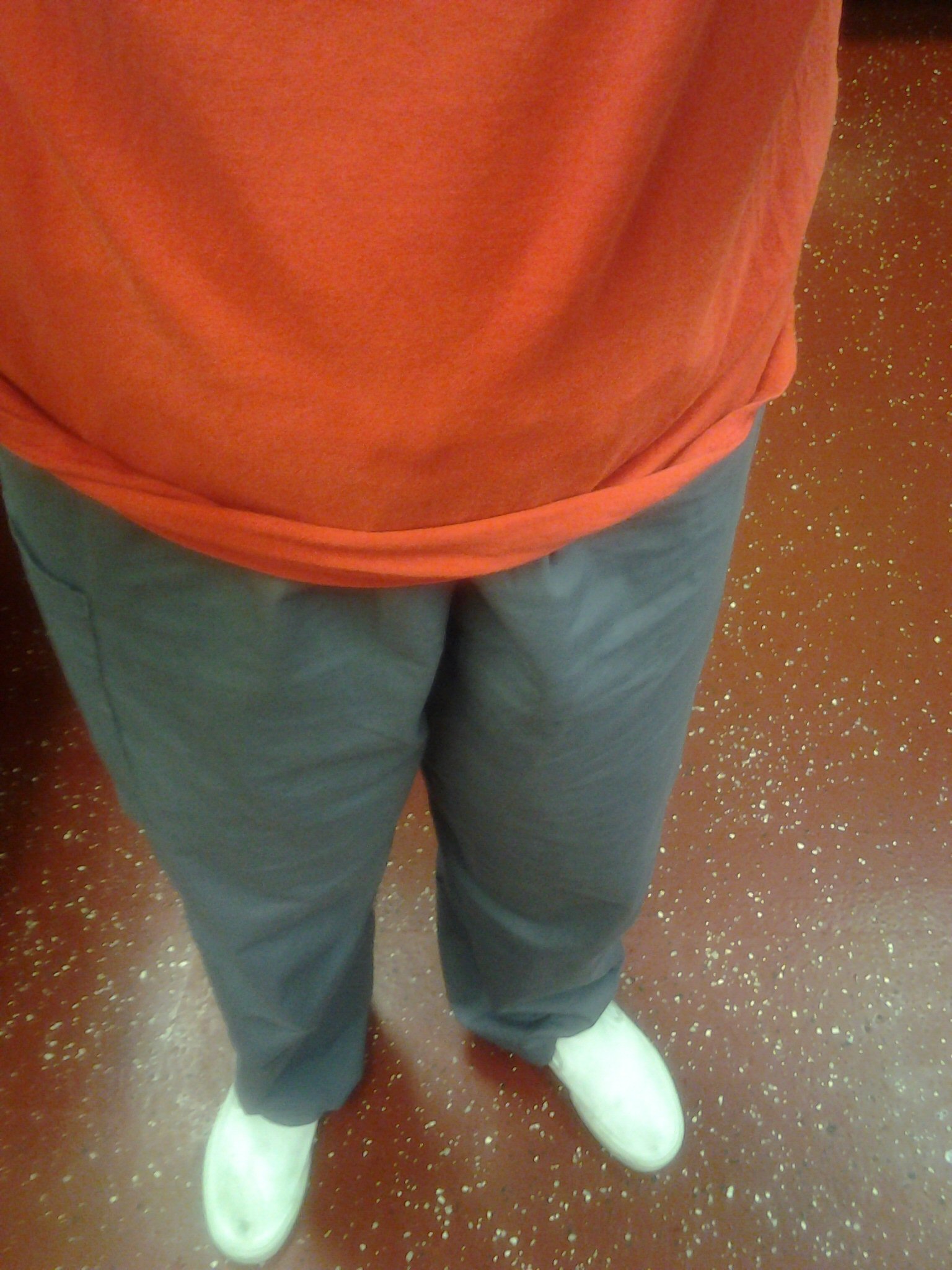 My brother just called from work, undoubtedly having seen my text(s) with what little signal he gets up there, to confirm that he does have the key and did simply absentmindedly take it with him when he left the house and we will be able to sleep in our own beds tonight.

So things are OK. Except for the fact that Lesta won’t be back down the mountain until nine thirty, and I’m off at seven and had originally planned on taking a shower between the time I got home and when I needed to go pick him up from his carpool spot. But at least I won’t have to try to locate a glass cutter or some lockpicks in order to feed my cat tonight.