Well, guess what starts today. THAT’S RIGHT MY BIRTHDAY COUNTDOWN. Thirty-three days ’til I turn thirty-three!! It’s a shame this happy event is insufficient to reverse the grouchy mood I’m in.

Fortunately, I have some things to share that do not partake of this grouchiness. I actually typed them up the other day as an addendum to my previous post, but never got around to posting. Which is good, really, since otherwise the entirety of this entry would be my birthday countdown announcement, and that would be sad.

So. One morning I was eating breakfast looking out the windows as usual, and there was the deer family! Now, one of these baby deers is a curiousbii and always wants to see and explore everything. When the dog, whose eyesight and hearing are none too good these days, finally noticed the deer in the yard, she approached. The curious baby immediately headed in the dog’s direction to see what that was about. But the mom was like, OH NO YOU FUCKING DON’T and charged right at the dog, who ran in terror to the porch. It was entertaining. 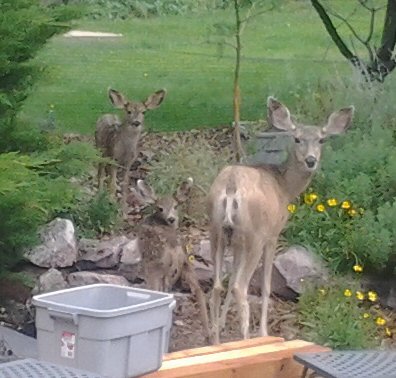 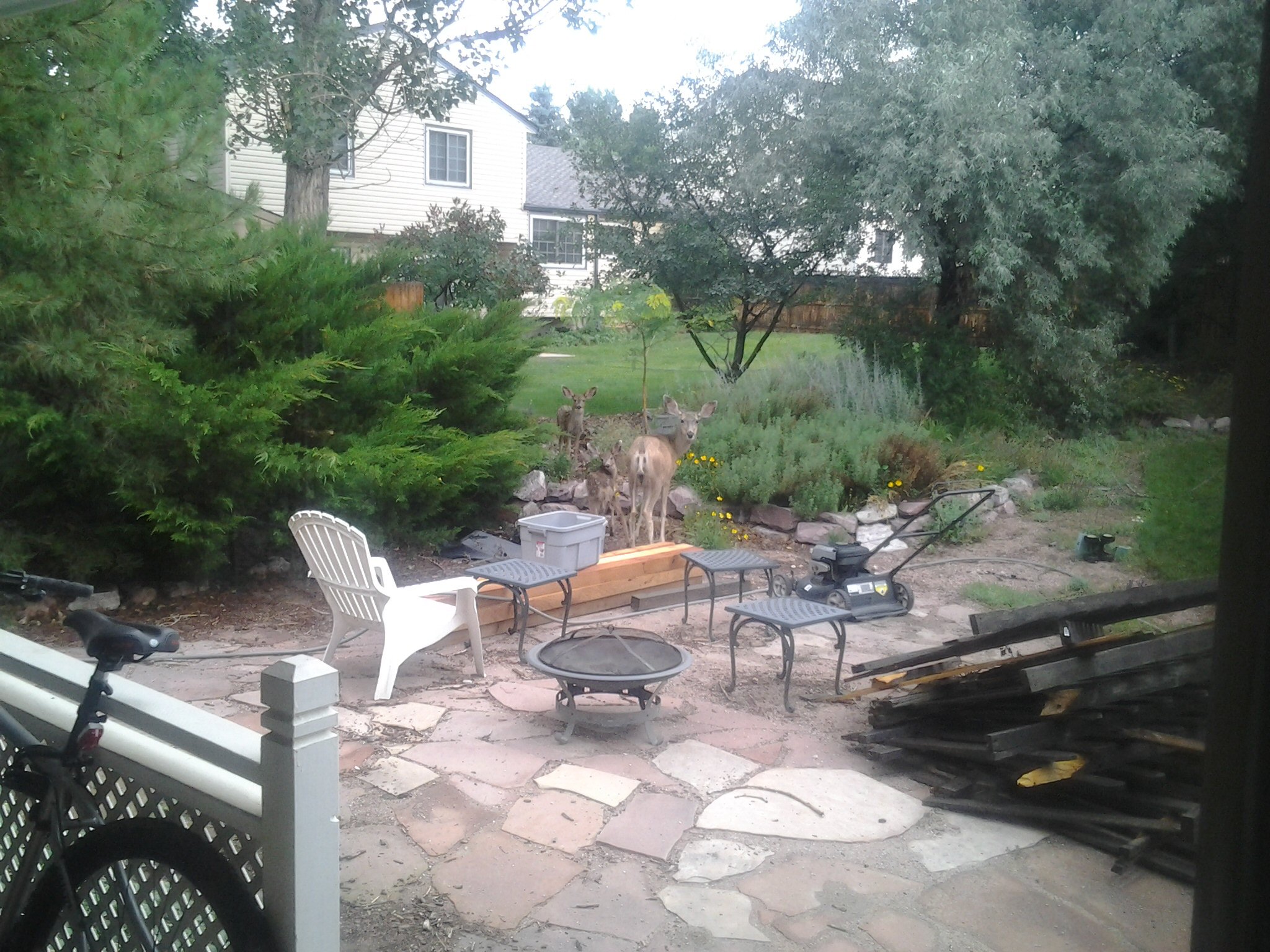 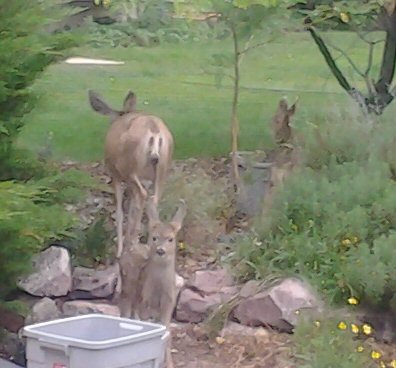 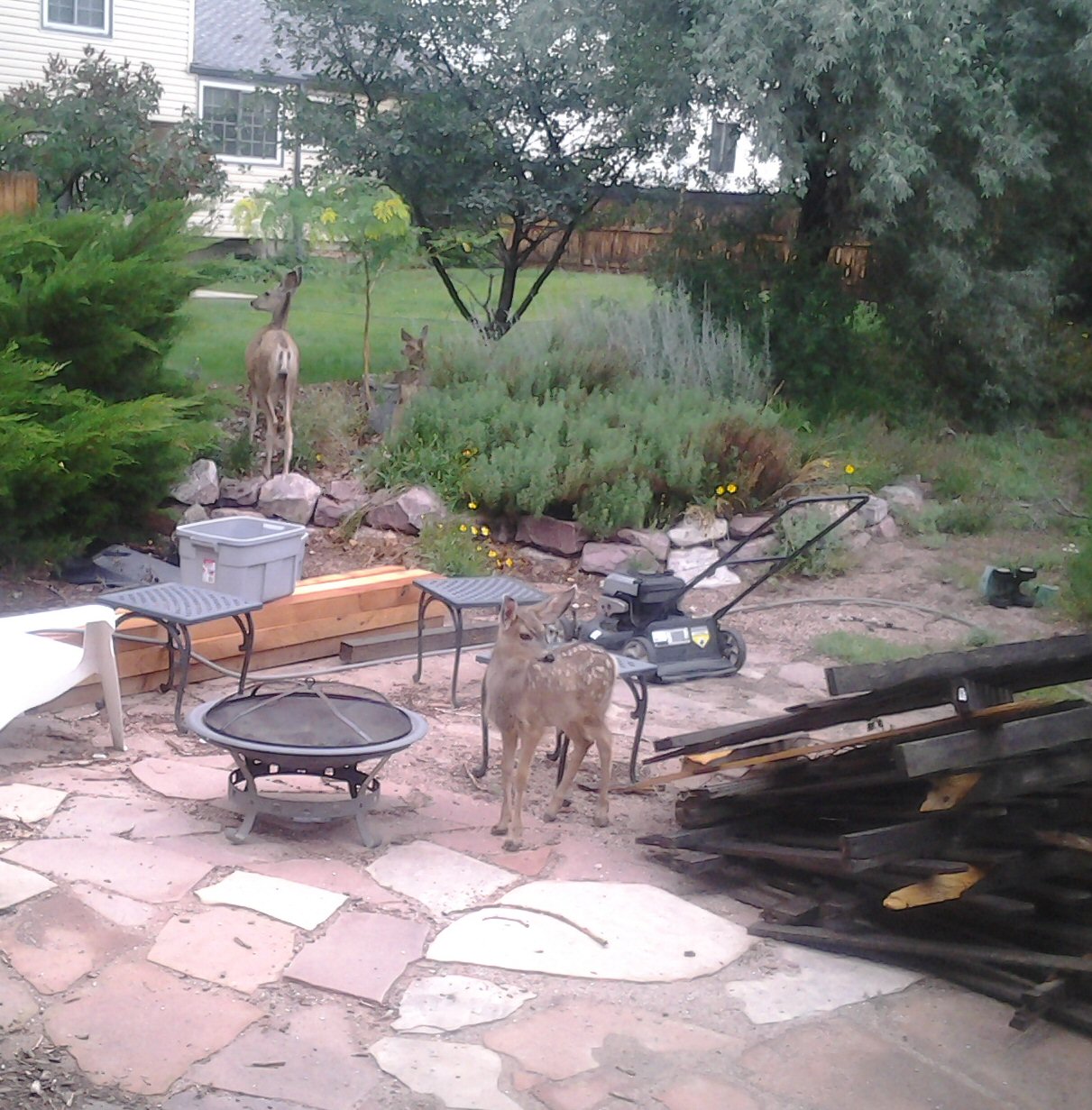 And speaking of entertaining. I can’t even begin to remember what the conversation that prompted this could possibly have been about, but a gmail ad gave me an invaluable tip recently. I’m not even going to put quotation marks around it, because I don’t want anything distracting from the punctuated glory that is this, um, sentence:

Dont Bet Your Life On Anything Else In A Gunfight Those Who Train, Win!

Now, I can see where, if this was written with the assumption that it would be spaced on two lines, a lack of punctuation between the first sentence and the second could make sense. But that stupid comma between “Train” and “Win,” even if it isn’t strong enough to connect the two sentences, looks like it has slipped from an earlier point in the advertisement and just kinda slid down to a random spot at the end.

OK, have you guys ever gone to Google and typed “is” followed by a single letter just to see what it suggests at you? This made me laugh so hard I was crying. Some of my favorite general suggestions:

And a couple of series that tickled me:

Yes, many of these questions are not terribly funny in and of themselves… but that they’re asked frequently enough that Google suggests them to me with only “is” and the following letter just cracks me up.

Now it’s time for me to go to work and not bite anyone’s head off.