Only one day left until I turn 33

In a few hours we will drive away to go to Santa Fe! Have I mentioned how FREAKING EXCITED I am about this?? And because I will be away for my entire birthday, I have decided to post things I’m posting today rather than tomorrow.

I had that trying-to-shave-the-backs-of-my-thighs experience again yesterday, since I anticipate a swimming pool in New Mexico this evening. The shaving process was easier this time, but we’ll see if any swimming actually happens. If not, the tags will probably remain on my swimwear until next summer XD

So the other day there was a final exam, and after we’d taken it a classmate of mine commented, “I had the hardest time remembering the lay term for canine parturition… I kept thinking ‘bitching,’ but I knew that wasn’t right.” This tickled the hell out of me, and from now on I will consider that any dog having puppies is “bitching.”

On the same day, at work, a fun thing happened. Someone ordered two dozen chocolate strawberry roses, but requested that we not deliver them until she brought in some stuff that she wanted delivered along with the order. And what she brought in turned out to be a FOUR-FOOT-TALL TEDDY BEAR on which she’d put a backpack stuffed with candy. There were also about a million balloons, one of which was, like, three feet in diameter.

Excess often amuses me hugely, and I was filled with giggles in relation to all of this. I was also very pleased with the vibe I was getting that this extravagant offering was a sign of lesbian affection. Unfortunately, though, the purchaser evaded my subtle questions along those lines. It was still pretty awesome, though; the driver reported that the recipient was almost in shock when he appeared with all this crap.

I was thinking of reporting on my concert experience, but my feelings are so mixed I don’t know if I can do them justice. Seeing Three Days Grace three days before my thirty-third birthday was not only awesome but also terribly numerically appropriate… but I was not aware until I was actually at the concert that Adam Gontier has left the band. (Yes, I am very bad at paying attention to things.) This is literally enough to make me cry, but I don’t want to undervalue the concert experience even without him. So I think I will say no more on that topic. Still, there’s this: 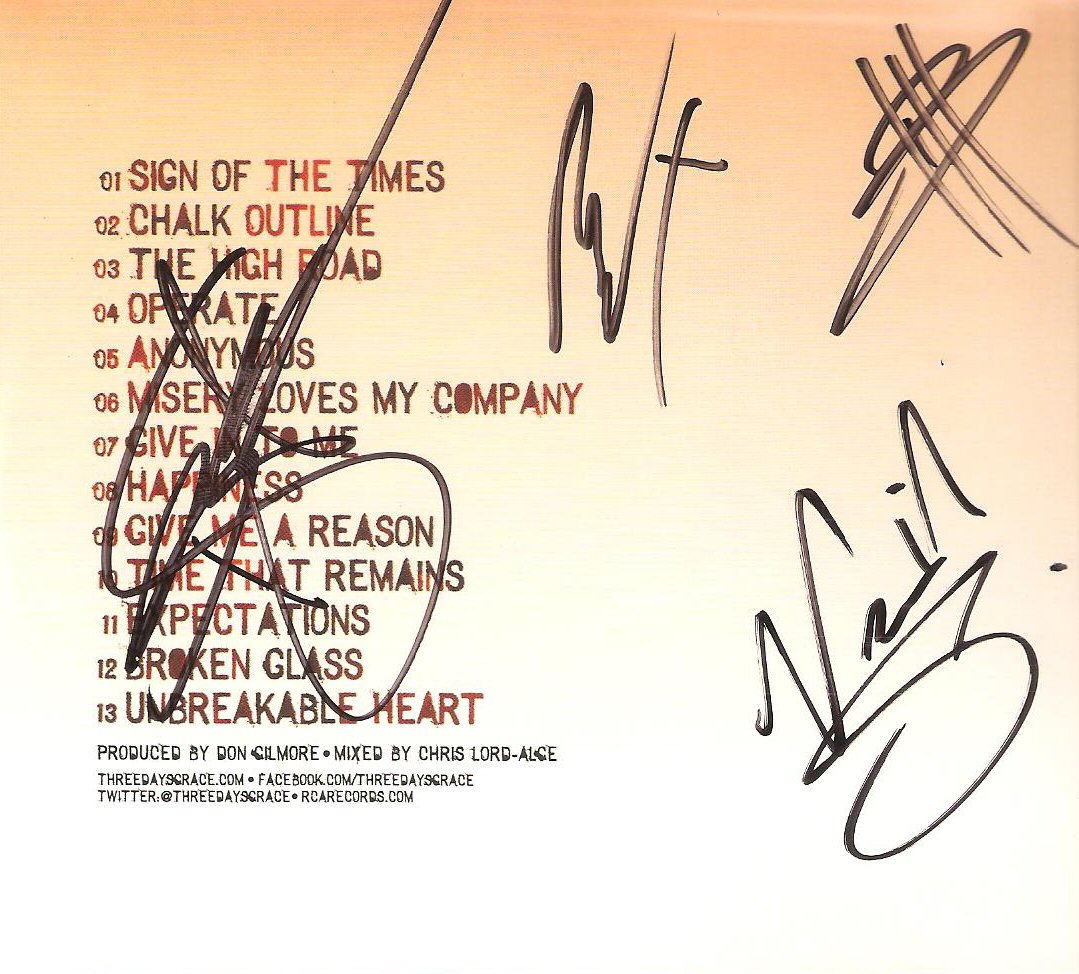