I may or may not have acquired a longhorn heifer to go with my longhorn bull and my shroppie. Actually I’m pretty sure the cow and the sheep are lesbians together, and the bull is just a friend. And speaking of little figures… every morning when I come over to this table to grab a thing I need, I knock over some of my pals that are standing here. And for some reason, it always seems to be Heero and Quatre. It’s like they’re asking me to write some off-pairing stuff or something. Weird.

Less annoyingly, but on that same test, I was asked, “What does ELISA stand for?” I could not for the life of me remember “enzyme-linked immunosorbent assay,” but I suddenly realized a much more awesome and completely accurate thing it could stand for instead. So I put “Evil-Lyn is Skeletor’s ally.” It even had a hyphen in the right place. Some of my classmates believed I should have gotten credit for this answer, and I would definitely not argue with that.

Once upon a time, I drew a picture that I called Cannibal’s Herald. Then it sat around in my room on top of my DVD’s for a year and some months, and kept falling down and becoming in danger of being damaged. Well, I finally got it framed recently so it is no longer in this danger. And I am soOoOo happy I did. It’s sitting against my bookshelves now, since I don’t have a place on the wall to hang it at the moment, but I still get to look at it all the time, and it fills me with glee. I chose a lovely frame and mat that match the picture very well, if I do say so myself, and it’s finally flattened out completely with no warbles. Yay!

Oh, you should have seen me last week when the Broncos lost. I was almost in tears. It was especially upsetting at the very end when there were multiple chances to take the lead that just didn’t pan out. This week’s game was much more satisfying.

Here are some pictures of my cat: 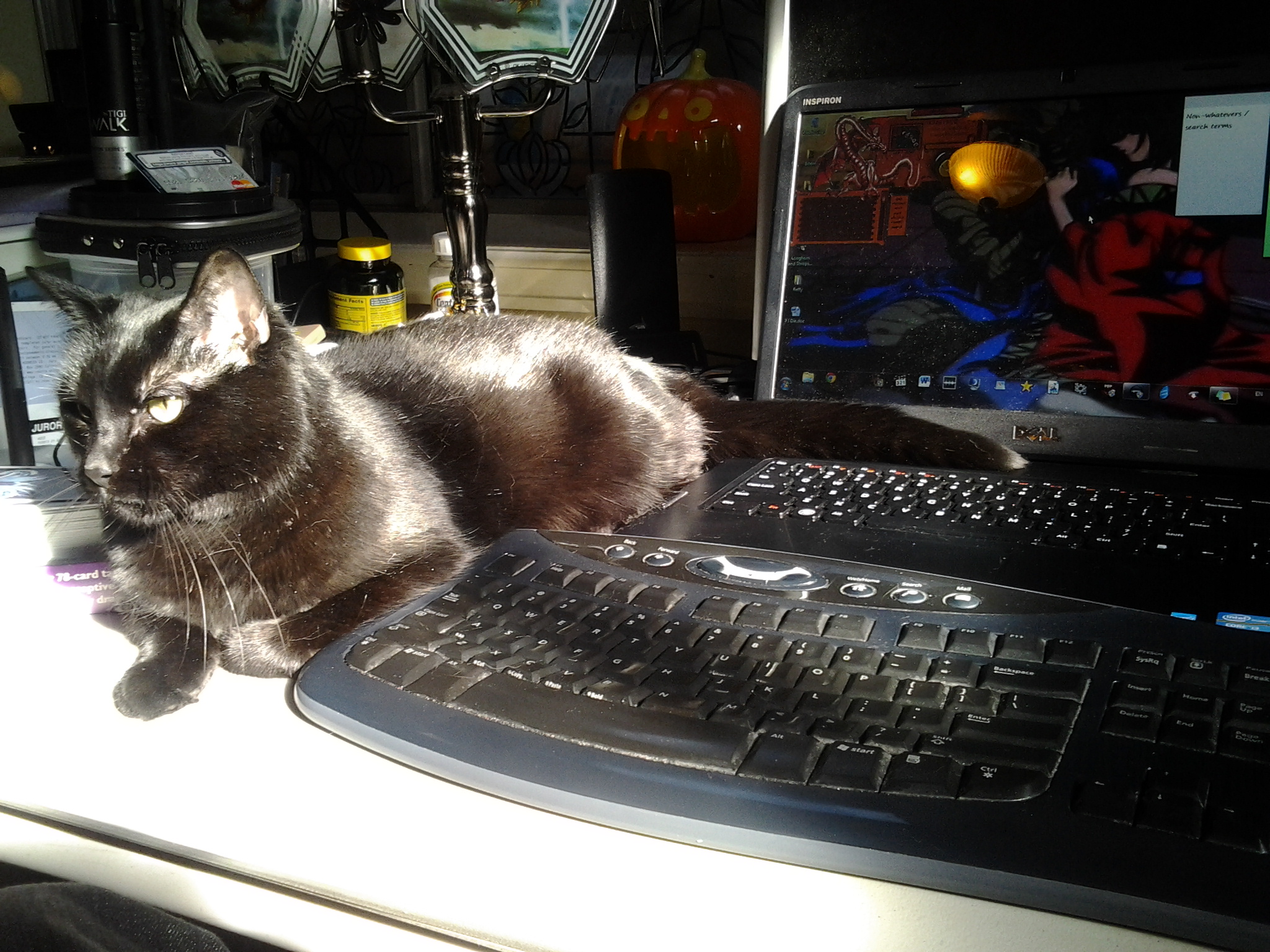 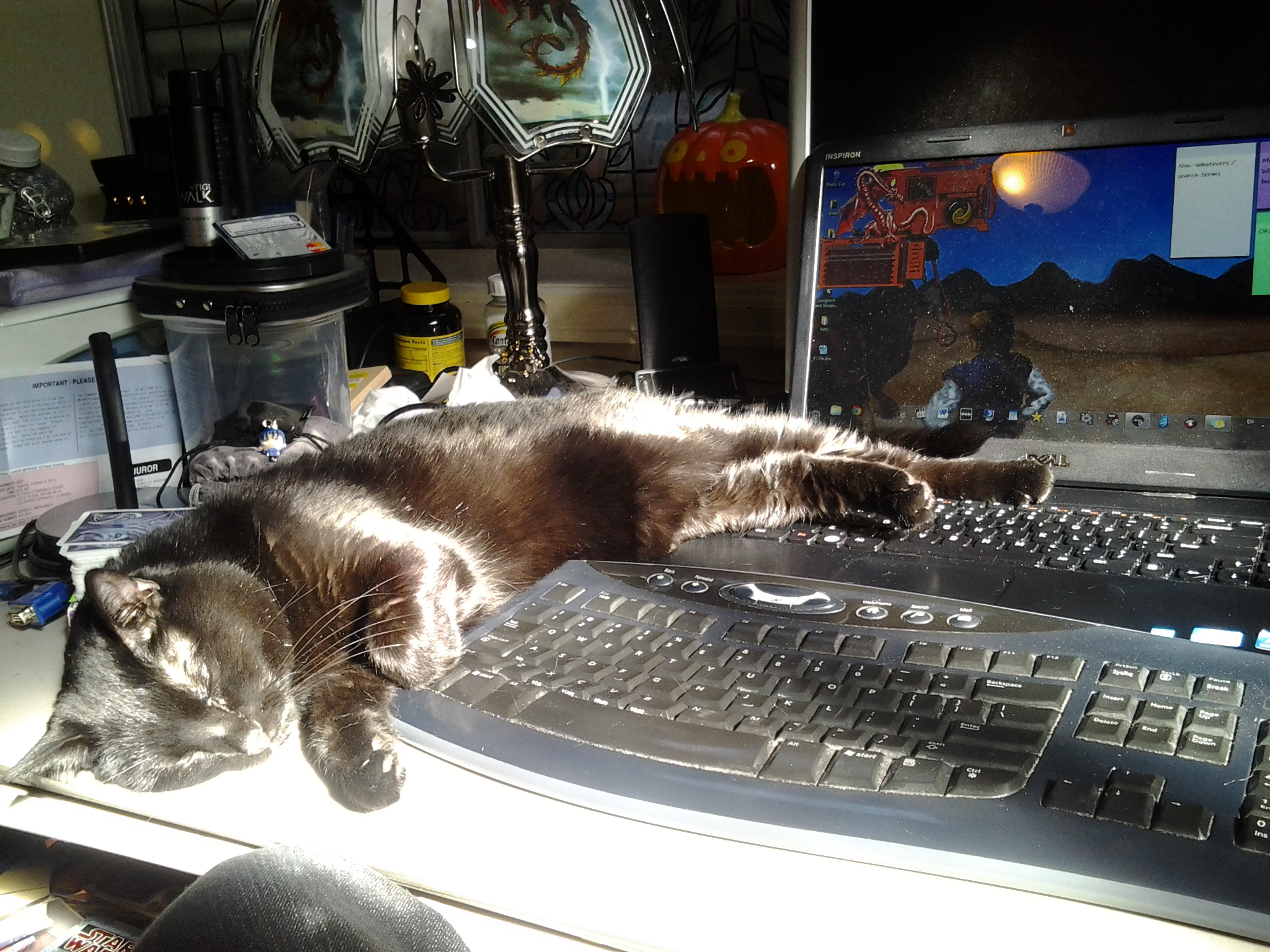 And this is a website | Category: His Own Humanity | Category: Saitou and Sano one-shots | Fiction: TLY | Financial | Friends: Zombie Girl | Hiko moment | List or mention of stuff I worked on | Physical self: Illness/injury/pain/etc | Pointless complaining | Relatives: Lester/Brotha Cheese | Title: Aku Soku Zan(za) | Title: Blood Contingency | Title: Fate is Found in Faeryland | Title: Heretic's Reward | Visual art discussion: GW fanart | Visual art discussion: Miscellaneous
← With these guys manning the field, I've got a notion today's going to be a holiday I just can't live without you; I love you, I hate you →