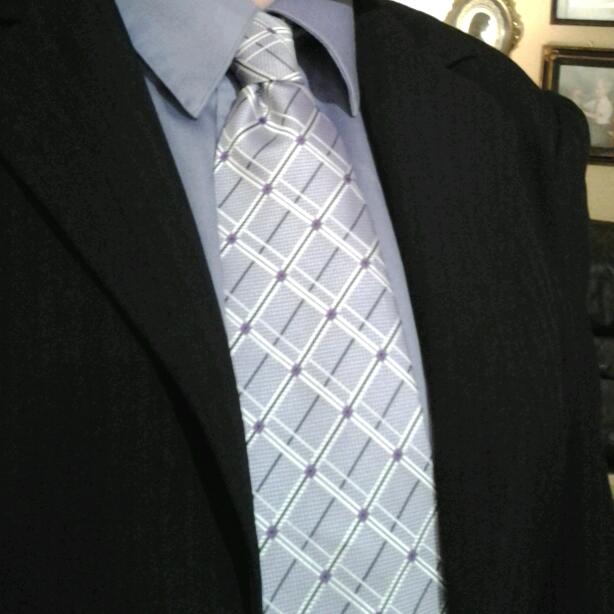 Last night (or perhaps this morning while I was sleeping the hell in), I dreamed that I was a time-traveling secret agent of sorts, with a mission having something to do with swaying public opinion against the king by going to various parties attended by influential people and spreading dissension. At one such party, where was I wearing the sweetest little off-the-shoulder dress, I was approached at the same moment by a young man and a young woman that wanted to dance with me. The young man offered me a flower, which I took, made some remark about, and then handed back. Then I danced with the young woman, who was shy and very pleased to dance with me.

And then Saitou, my time-traveling secret agent partner, appeared, and we were doing this mission together. In one instance, the house that the party was in caught fire and we had to escape before it exploded or something, but we took this detour to the kitchen where Saitou, who could speak the language of mice, helped some mice become reunited with their mothers. BECAUSE SAITOU IS JUST THAT BADASS RIGHT. Um, yeah. Anyway, I was hoping there might be some romance between me and Saitou, and it’s interesting how many times I’ve dreamed of being a secret agent partner of Saitou with hopes of romance. He definitely remains #1 on the list of dudes I’d get with even though I’m gay as gay.

This second day of no school and no work has been wonderfully undemanding. I bought some art supplies with my Christmas bonus, and have been making a trial run prior to the painting I’ve been hoping to start during break. I need one more specific item before the actual painting can get going, and that I hope to order tomorrow once I’ve been paid my actual paycheck (which should be gratifyingly bigger than usual on account of holiday MADNESS).

For the last few years, my family has stopped buying each other Christmas presents and instead just gone fun places and done cool things together. It’s a way better method of dealing with this holiday, and I’ve liked it very much. This year, however, brother and I could not manage to get the same days off in order to go anywhere, so we didn’t manage to find anything cool to do. So my parents got me a Christmas present just now, which is a very nice faux leather jacket that I believe will be useful if I can get into large animal medicine. The problem, then, of course, is that I need to figure out something to get for my parents, and what the hell can I get for them???

I really should report some of the things that happened during the last few busy weeks besides being incredibly busy. I think I will start trying to do that in my next entry.