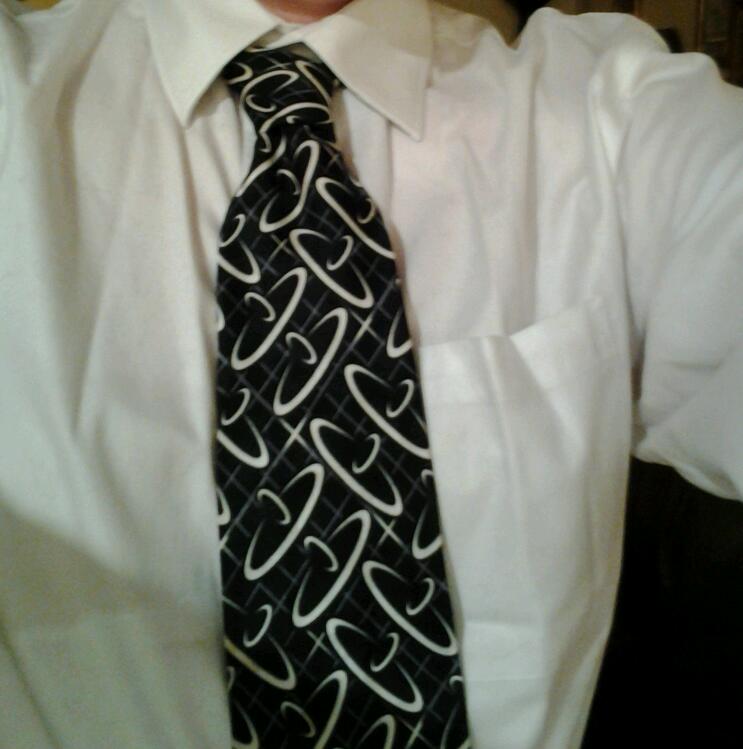 *does a little Sherlock dance* What a satisfying day I have had. Whilst waiting for my brother to drag his ass out of bed (and after making that entry earlier), I worked on Confy, and that was great. Then, when brother was finally up and about, we watched all the movies. THEN WE WATCHED SOME NEW SHERBII BECAUSE WOT!! Ah, Sherbii. So happy.

I’m almost done catching up on all the stuff I need to tell about from the busy time. The next story is the surgeries. One of the items last sequence was a clinical surgery lab in which we students took turns filling various assisting roles such as anesthetic monitoring. We didn’t all get a chance at every role, so we’ll be doing the same thing again in the second clinical surgery lab during the next set of classes.

The school dress code allows for a single set of non-dangly earrings, so I never worried about my upper pair that I never took out. Technically gages are against the rules, but I’m only gaged to a 6, which with pegs is difficult to distinguish from standard 20’s or whatever, so I never got called on that. But then for the surgeries, they wanted me to take them out.

The problem was that it had been years — longer than I can actually remember — since I’d last taken them out, and they’re the kind that flare at both ends so as not to fall out… meaning that my piercings had shrunken to the size of the smaller middle part. Meaning the damn earrings would not come out.

What’s funny about this is that I’m pretty sure the point of removing jewelry before surgery is to make sure it doesn’t fall out, like, into a body cavity and get sewn up in there. Earrings that won’t come out? Probably not a problem. Anyway, I pulled on one of them for a long time during class, and it hurt, but it never came out. My ear did get all swollen up, though, and I lost school points.

In the shower that night, I managed to get the other one out, but the one I’d pulled on so much at school was too swollen to remove until just two days ago. So I’ll be good for the next set of surgeries… but overall the experience was kindof annoying XD