You are the queen of many faces; how you can move me with just one glance

Today is a day of possibly going to the zoo! My father suggested we go to a restaurant tonight to celebrate my graduation, but in pondering where I would like to go my thoughts kept moving to Denver restaurants… and if one is going to Denver, WHAT ABOUT THE ZOO. (Or the aquarium; I love the aquarium in Denver too.) Of course that means giving up the choice of restaurant, since there is a place up there my mom adores that we have to go to if we go to Denver at all… BUT THE ZOO. In a few hours we may do this thing. 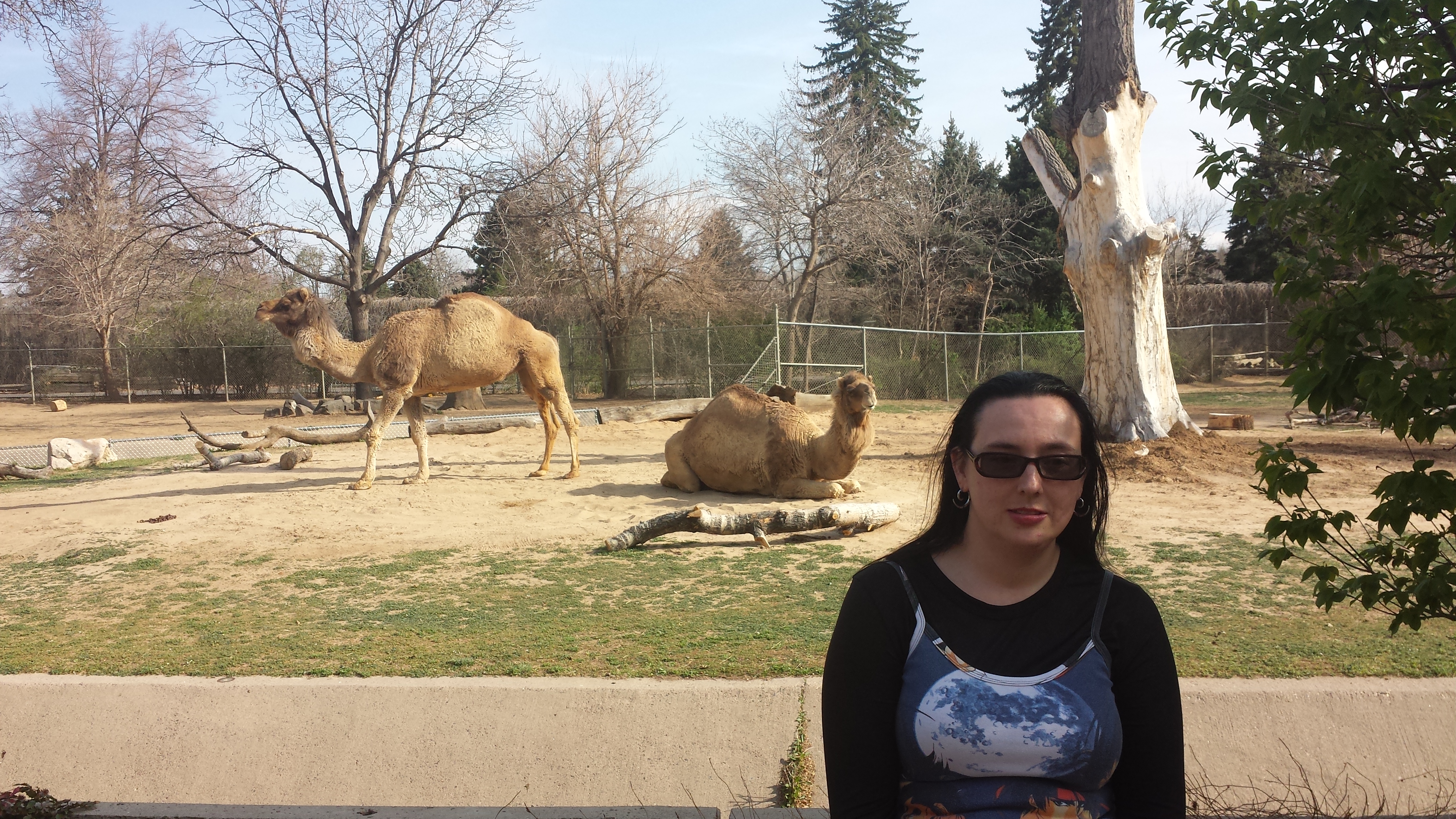 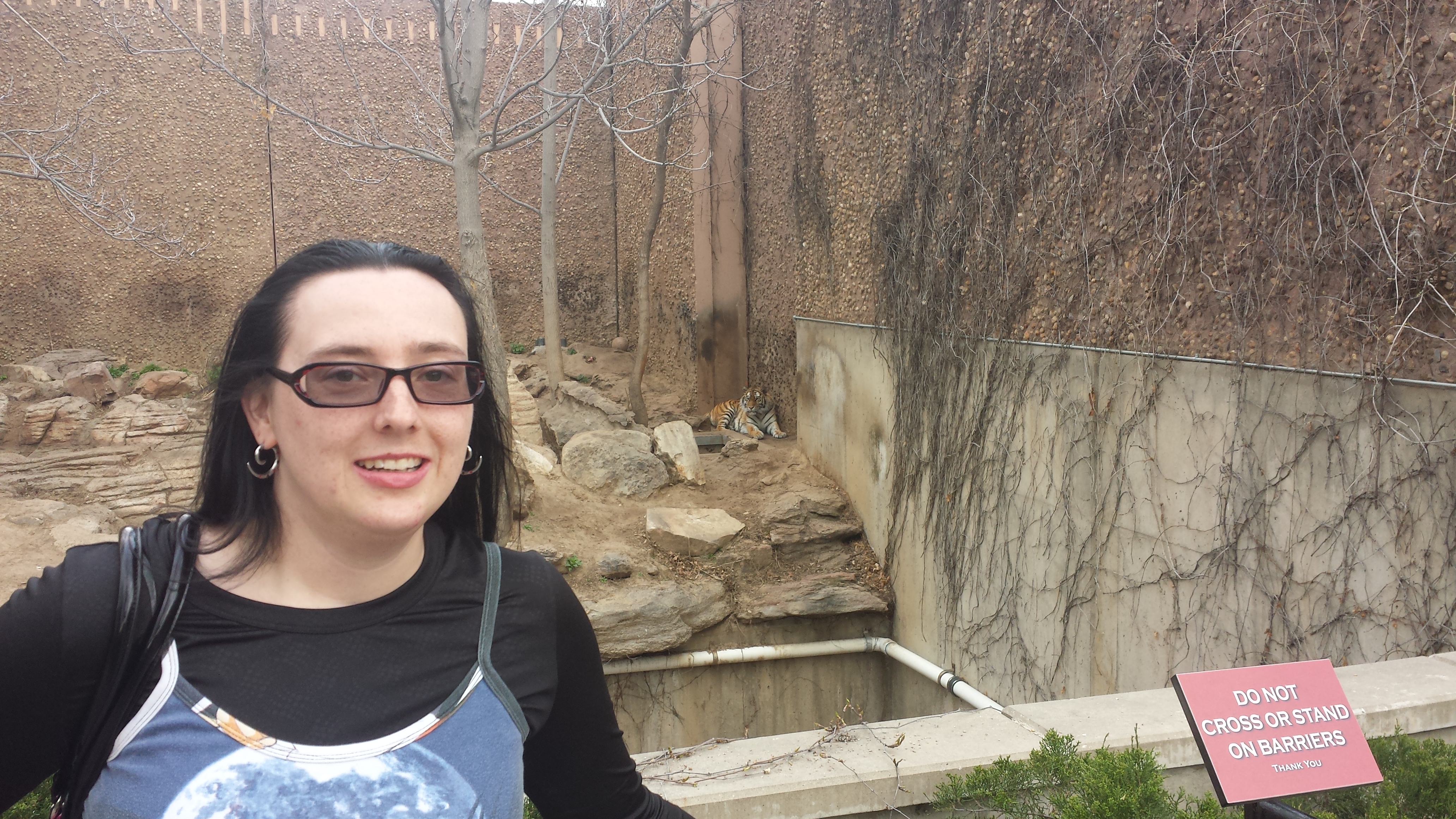 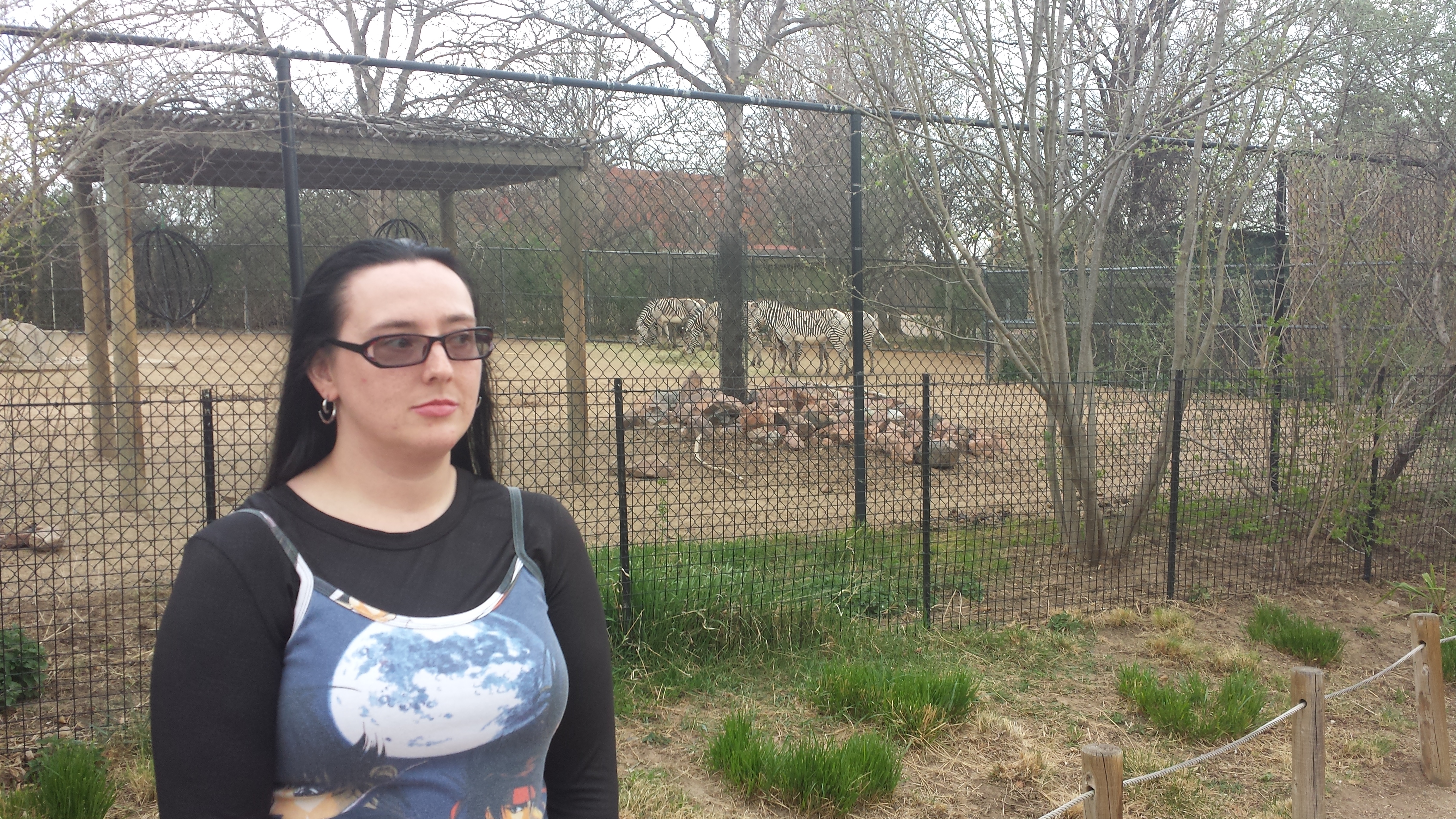 (The zebras were all clustered over in one corner of their area, and this was the best angle I could get.) 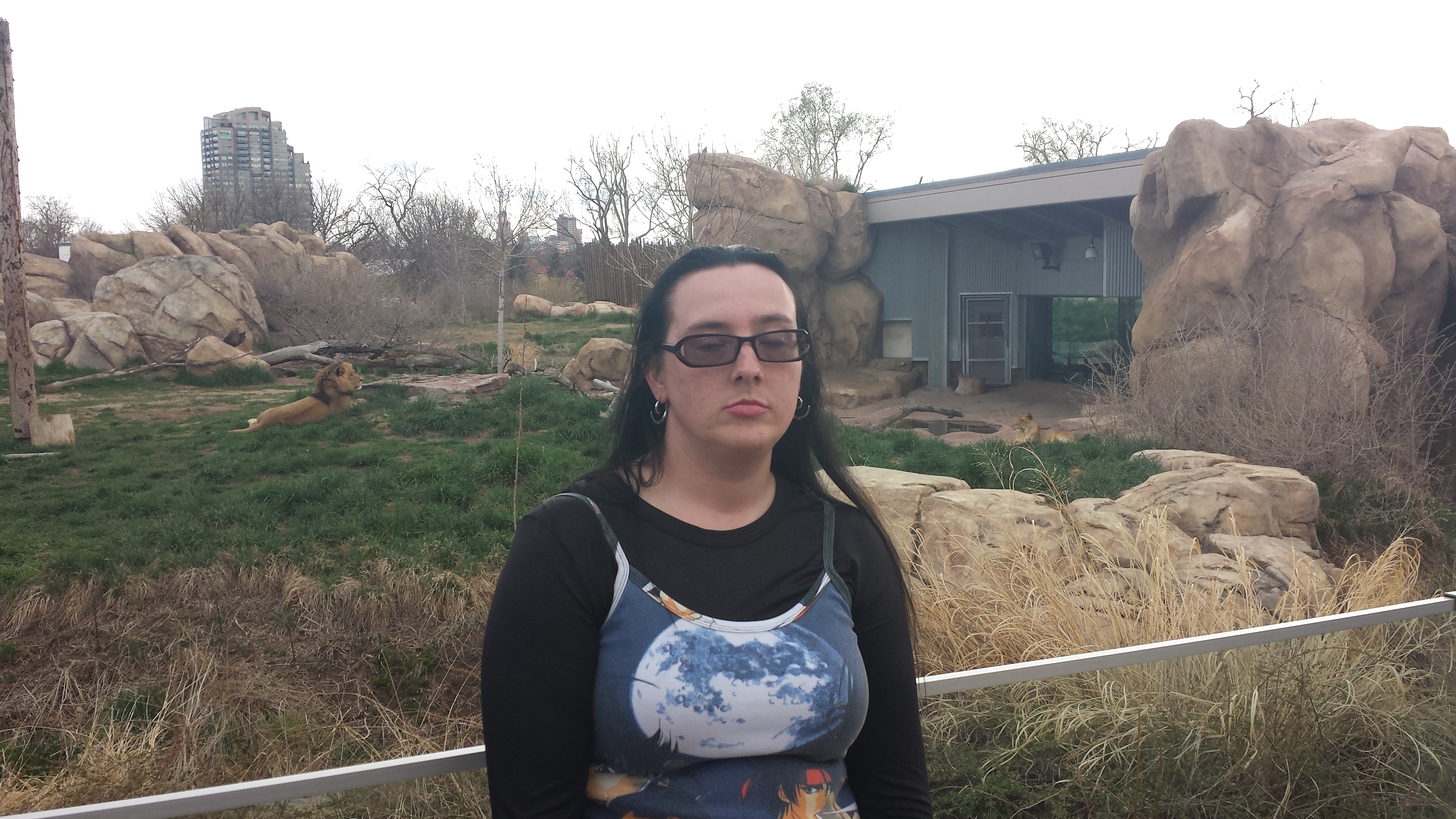 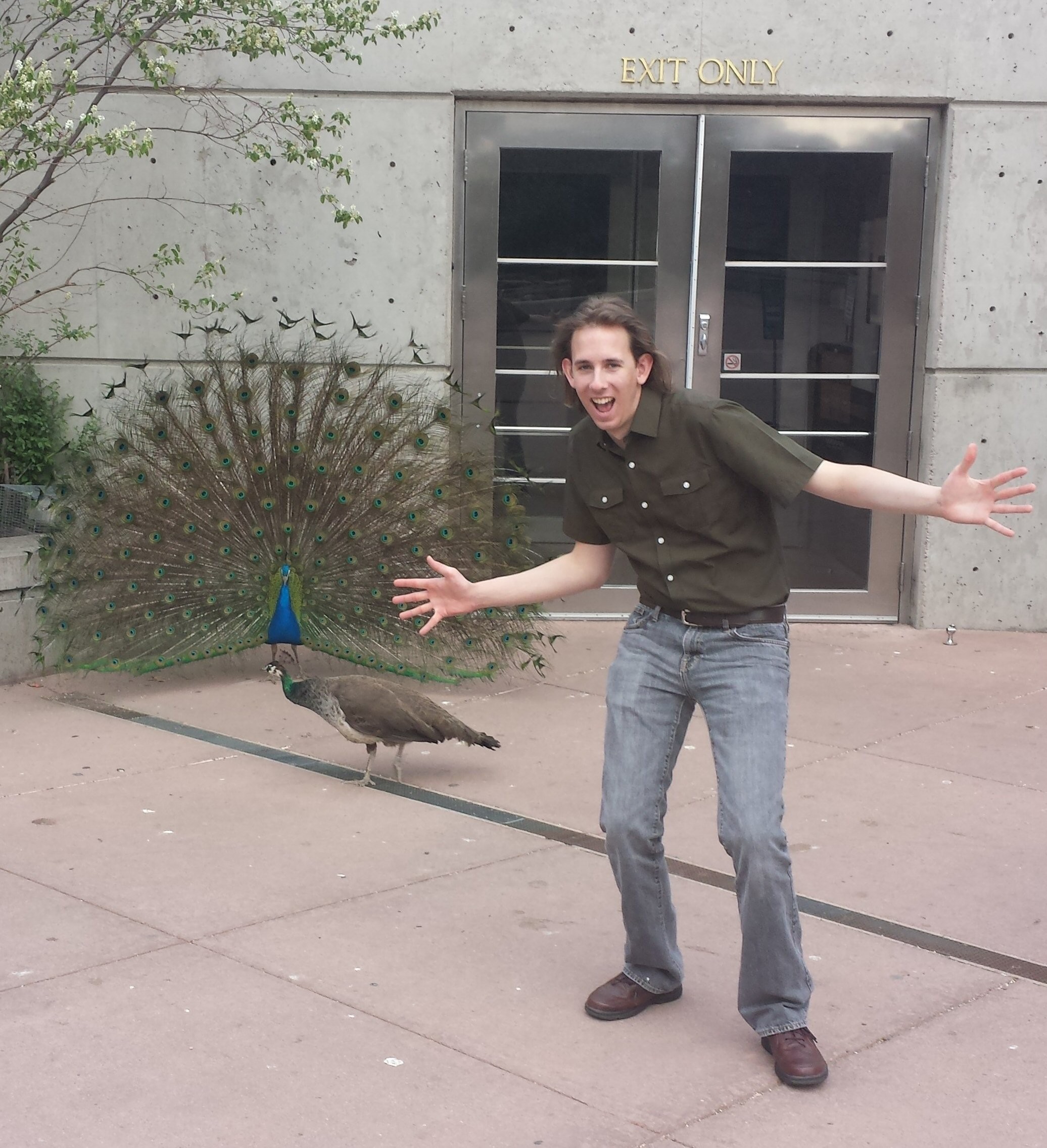 (I had never seen a peacock in person doing this, and it was so interesting how he rattled his tail and how the females were deliberately and ostentatiously ignoring him.) 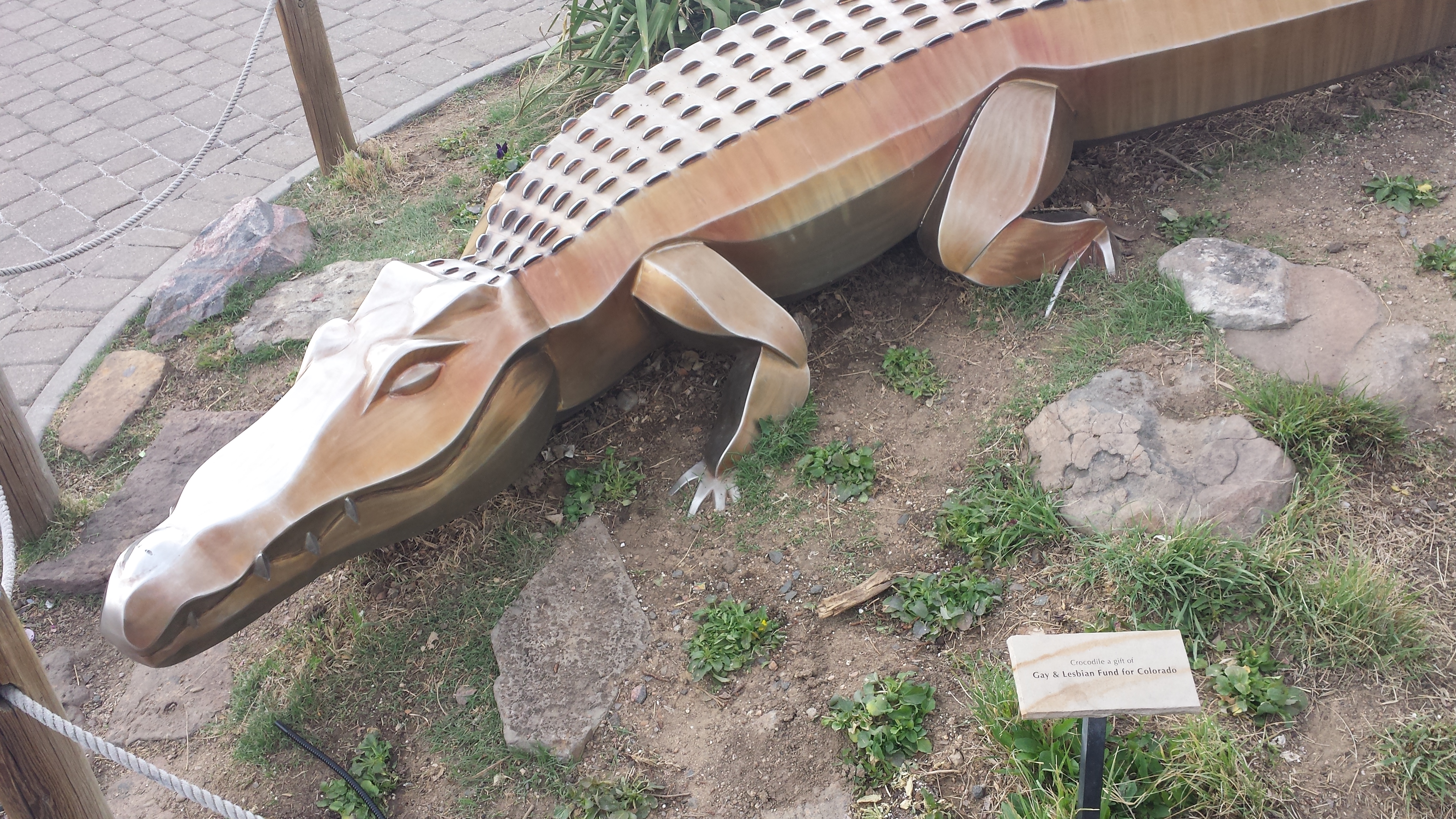 And I am, in fact, graduated. I turned in all my final paperwork and signed everything on Thursday. It is a lovely thing to be finished and to have an associate degree. Interestingly, my sister finished her school at almost exactly the same time, only hers is a bachelor’s. She has far more patience for school than I do. Ugh. School.

My interview on Friday felt like it went pretty well too. They’re very laid-back there, and thus it’s difficult to judge how the interview went by the usual standards of how an interview goes. But I got a much more detailed tour of the place, including what’s in which cupboard and such, and that’s pretty hopeful, I think.

An attractive lesbian, whom I had not seen before on my previous tour, works there. She was quite friendly and winning. That certainly didn’t lessen my desire to work there. Damn how straight I look right now.

An event of interest took place during the interview that I report in part because it seems like a promising thing and in part because it amused me. During my tour, the gal that was showing me around got stuck in the lab for a minute because someone asked her to put in an order for something. At this time, two of the doctors came in with a slide. Looking at it under the microscope, one of them says, “I think it’s a louse. Look at it; do you think it’s a louse?” The other doctor looks and says uncertainly that it’s probably a louse. “You guys can look at this and see if you think it’s a louse,” says the first doctor as they both go to look it up in a book of Things One Might See On A Microscope In A Vet Clinic.

I glance into the microscope as well, and immediately recognize the little guy (who is totally not dead and still waving his legs around, by the way). Say I, “That’s anoplura, the sucking louse.” And just then, they find him in the book, and confirm what I have just said. “Wow,” one of the doctors remarks, “she knew that right away.”

So possibly I impressed a couple of doctors because they happened to be looking at one of the things I can 100% positively identify. There are about thirty billion trillion things that might appear under a microscope, and it was pure luck that this was one I remembered. Maybe that luck will win me a job! Who knows? I will find out sometime this week.

Lately I’ve been having a lovely time sleeping in. I’ve been slowly getting a few other things on my to-do list done, too. However, if I get hired at this place that interviewed me and my free time is over, I won’t complain.

Cantata went well. I was especially impressed with the women’s unison last night. Sometimes during rehearsal, our attempts at unison make me wince, but last night I thought we sounded pretty good. The soloists managed not to embarrass us, which is really all you can ask of a volunteer choir. Yesterday I had the most amazing headache, and some of the high notes did not help, but I survived.

Now to talk about some dreams.

I often have dreams wherein I find a nerdstore full of merchandising and manga and CD’s and stuff. Usually, a lot of time spent in the store eventually tells me that there’s nothing there I’m interested in, and it’s very disappointing. This dream was a little different.

In it, my siblings and I had all, apparently, been adopted at a young age (though if we were all children of the same biological parents, I must have been at least 10 when the adoption took place, since that was my age when my brother was born; the dream seemed to gloss over this detail), but none of us had ever known our biological parents. They had died, and we were looking through their house at all the stuff they’d left behind, and what should we discover in the basement but half a world’s worth of nerdy stuff *__*

There were shelves and shelves and shelves of audiobooks, and while I was looking through them seeing which ones I wanted, I noticed a corner dedicated to Rurouni Kenshin stuff. The only things I remember clearly were some stamps (like this sort of stamp, not the kind you put on letters) and some doujinshi. Of one doujinshi title, which was about Sayo and therefore not terribly interesting, there were about eight copies.

This seems like a really insensitive dream XD “Oh, our biological parents have died? I GET ALL THE AUDIOBOOKS.” But I do sometimes dream about discovering a cache of RK merchandising that I’m allowed to have. At some point during my internship, brother and I escaped some bad situation by getting into a spaceship and flying to an alien planet. The aliens welcomed us with this ritual they had where we crawled around these circular shelves high above a room, and on the shelves I discovered a bunch of Kenshin stuff that slowed me up quite a bit.

Another type of dream I have sometimes is one in which I’m dating a dude. It’s always very awkward and uncomfortable, especially if he’s one of the actual guys I dated in real life before I realized I’m gay. The one exception to this is Saitou; if Saitou’s in my dream, I have no issue whatsoever with the fact that he’s male. Usually I’m head-over-heels in love with him, and he either doesn’t recognize my feelings or pretends not to (either just to mess with me or because he’s not interested). Sometimes we’re even pretty good friends (or partners in some badass pursuit), and he still doesn’t appear to notice what I want. On very rare occasions, we actually hook up.

The other night, I had such a dream. Saitou was a policeman or security guard (go figure) and wore as part of his uniform a checkered hat that should have looked very silly but, because it was a dream, only made him more handsome. And he was a fan of musicals, but he’d seen many more than I had, so my attempts to bond with him over this were something of a failure. Too bad for me.