Feeling my heart pull west, I saw the future dressed as a stranger

On Tuesday, the clinic I did that working interview at last week called and said the doctor might be interested in hiring me and could I send my references. So I sent them as soon as I got home from work that night.

The next day, at work, a co-worker that forms 1/3 of the professional half of the list got a call from them while I was standing right there, so I know they really are inquiring about me. (Co-worker let the call go to voicemail because it was an unfamiliar number, so I didn’t actually hear his conversation with thems.) Hopefully they called the doctor at my intern site first of all and he told them I am aaaaawesome. He did volunteer to be a reference, after all, without my having to ask.

Edible Arrangements has been the usual gearing-up-for-a-holiday madness this week, with nothing terribly interesting to report. I’m tired and my feet hurt, but I’ll get a decent paycheck out of it. The next two days will be the worst, and then Sunday we’ll celebrate Mother’s Day and brother’s birthday by putting strawberries on sticks for nine hours.

Oh, man, last night we went out to dinner and then came home to find a whole army of police cars and fire trucks just up the street and the electricity out for miles around. A dump truck had crashed into a power box and caught fire! I had to take a shower in the complete dark. 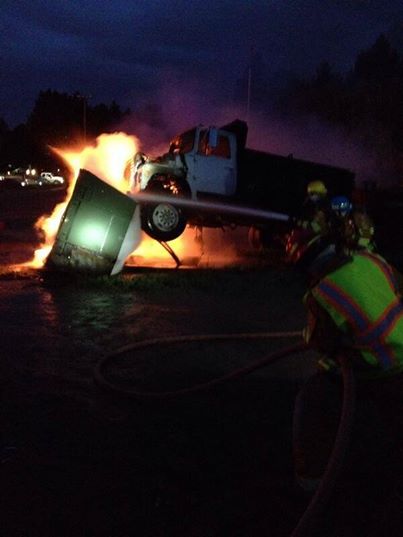 (Fire department took this picture, apparently; I shamelessly grabbed it from a news site.)

So the other night I dreamed that I’d just awakened from a dream and was talking to Zombie Girl. Said I, “Well, I got to go to Prom with Saitou. I don’t know what it is with my subconscious and formal high school dances.” This amused me terribly when I woke up because I can’t remember once dreaming about a high school dance, let alone having a series of dreams on the subject. If I were to, however, with Saitou would be the way to go. 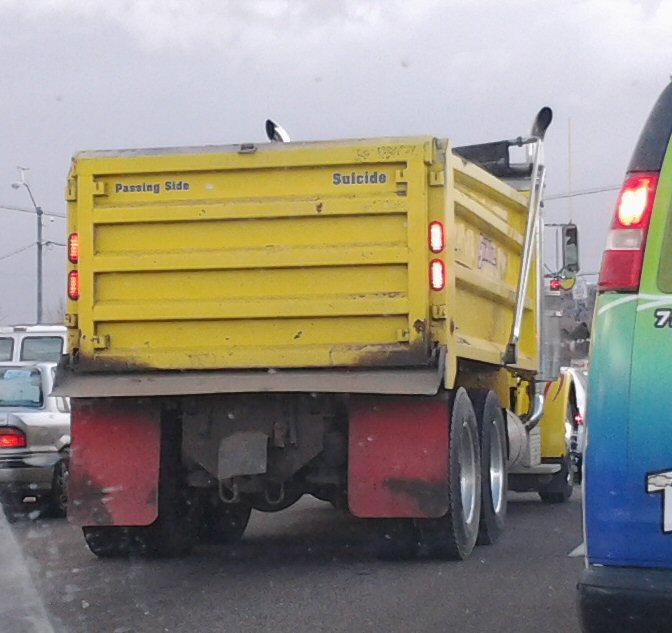 I seem to recall taking this picture at Zombie Girl’s behest, since she found “Passing Side” and “Suicide” so amusing. 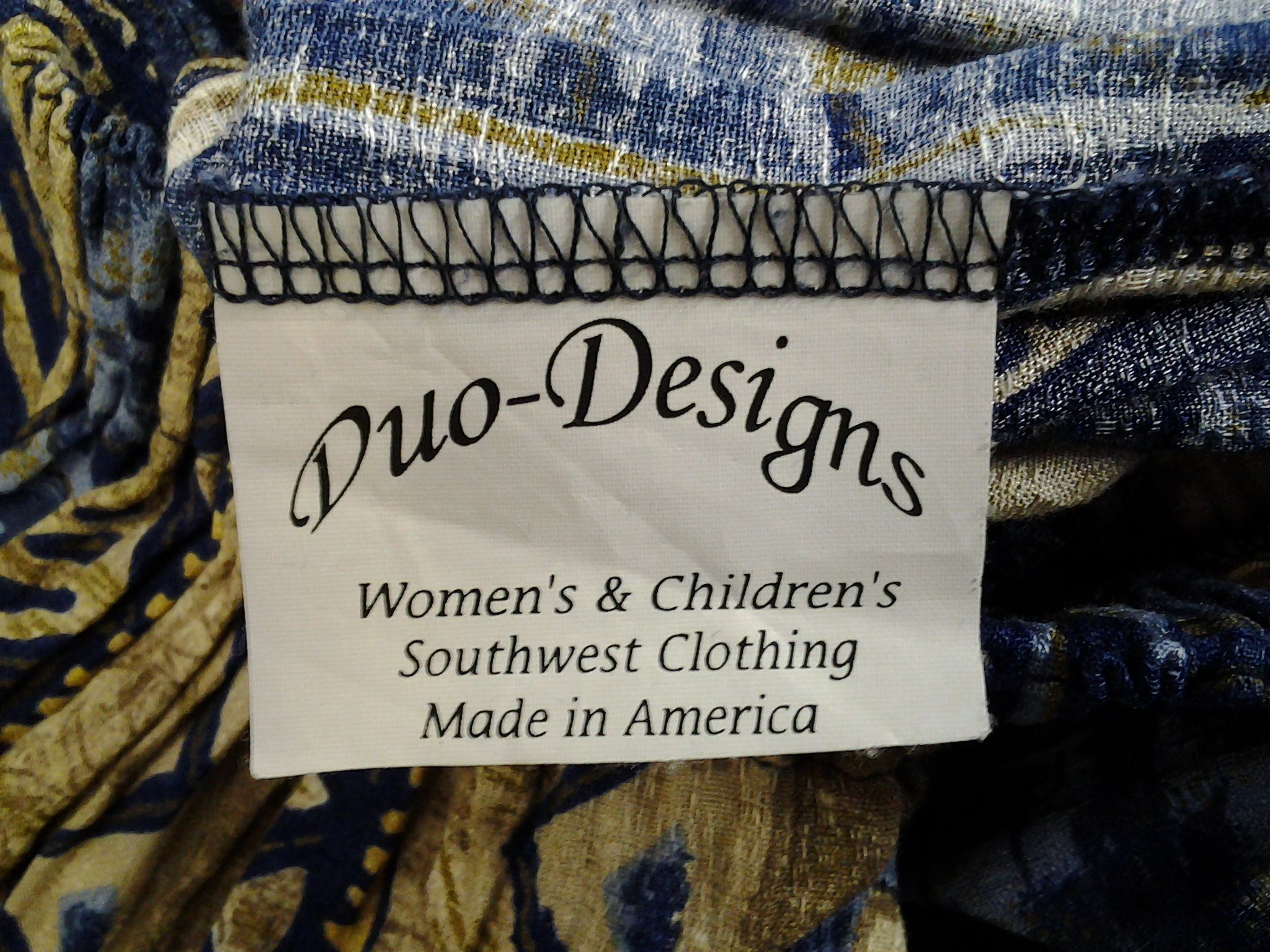 Obviously we’re still in the dry-cleaning days here. That’s how many pictures I need to catch up on. Anyway, I bet you didn’t know Duo had an entire line of women’s and children’s southwestern clothing, did you? Multifaceted boy! 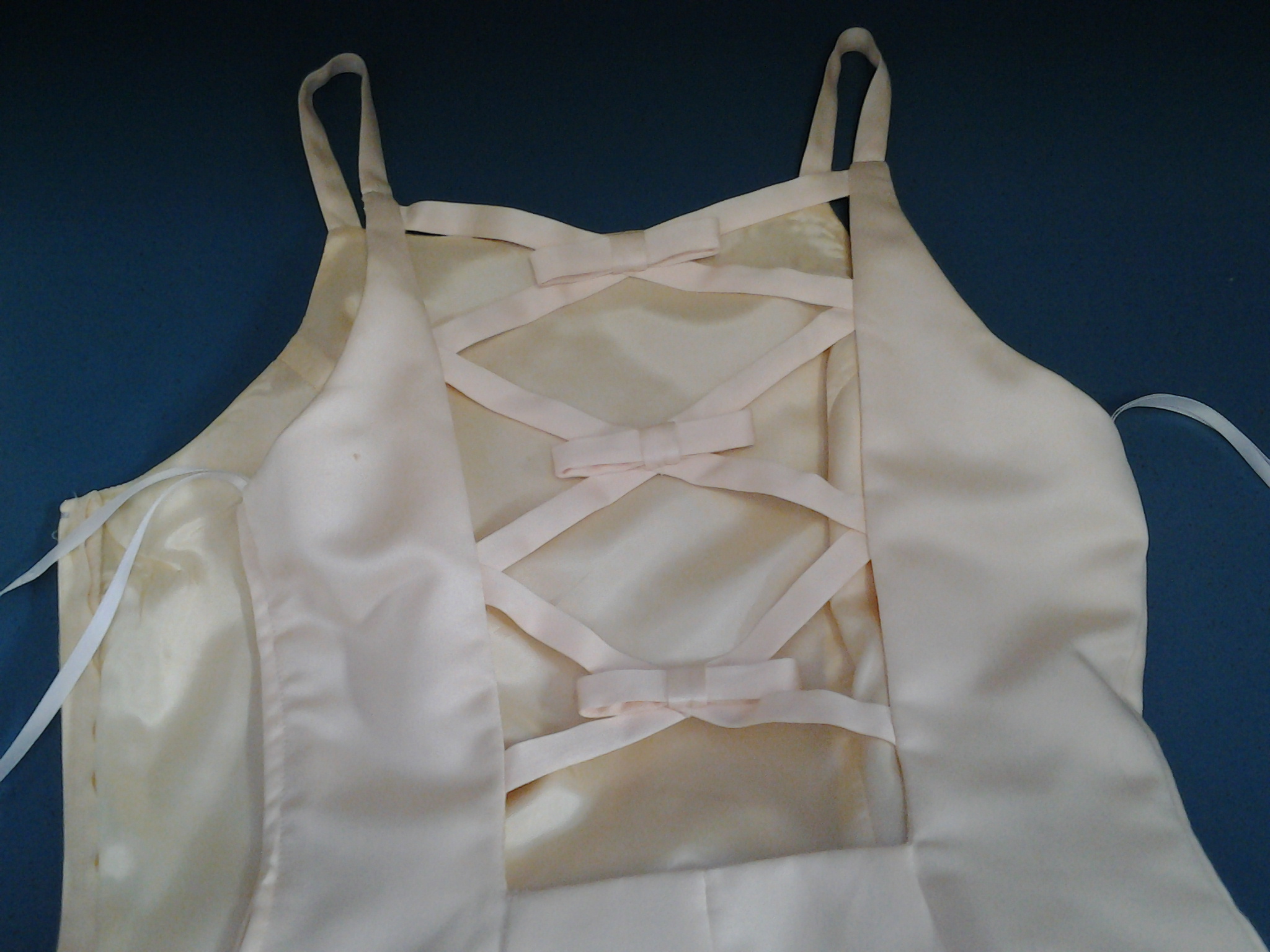 As I mentioned, dry-cleaning days. I used to take pictures of clothing I thought was cute as it passed through my hands, and I just loved the back of this dress. Would totally wear, yes.