Girl, that’s a lace-front, I can tell

I would begin this entry by telling all about my new job, but honestly I don’t have much to say about that. Doggie kisses! Yay! It’s going pretty well so far, and also it’s exhausting. I met a dog named Drama Llama. I get a long weekend every weekend, and that’s badass. Today I went to Goodwill and the Arc and found all sorts of discount scrubs and that was great.

Flashmob performances are the coolest damn thing in this entire world. I never get bored with them, and watch them so gleefully on YouTube. It is my dream someday to be present when one occurs.

Well, today I was trying to decide which tank top to wear, and, in conjunction with this, which bra to wear… and there in the drawer next to my bras was this swimwear, still with tags on. And I was like, DUDE I’MA WEAR THAT SWIM TOP TODAY INSTEAD. So I pulled the tags off it and wore it! And I look damn sexay, so here is a picture of that mess: 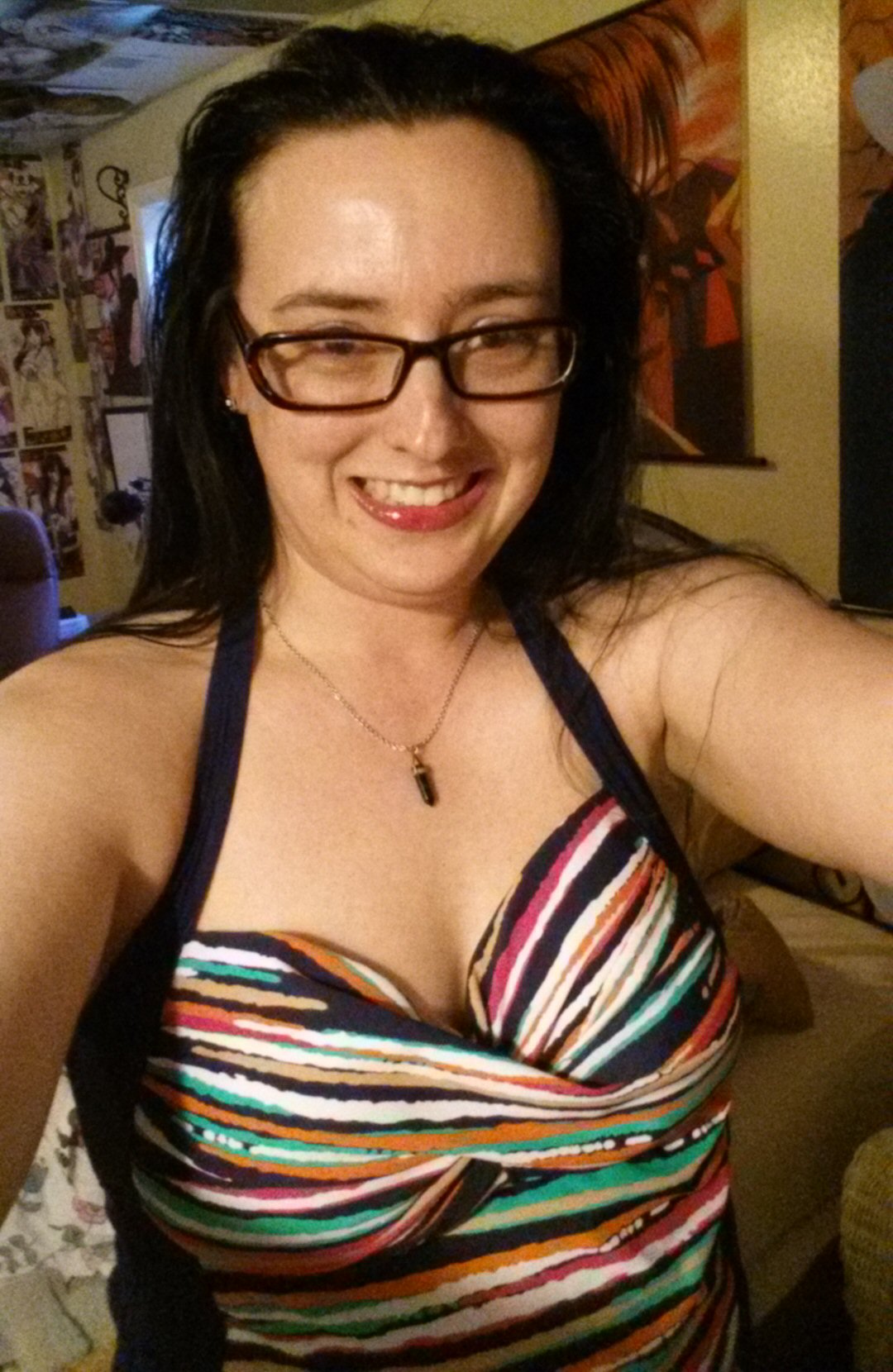 Recently I had a dream wherein I was a member of a royal court. There were these two knights that were the type of rivals that really seriously hate each other but can only be courtly rivals and not actually openly deliberately try to kill each other lest they annoy the king. The nice one, my friend, somewhat resembled Carol Berg’s Ilario de Sylvae; the other was a bit like Brian de Bois-Guilbert.

So at some point these two knights were having a rather tense courtly conversation in which the subjects of combat and gathering food for the poor both came up. Then there was a sort of challenge issued (by the nice one to the mean one) referring not explicitly to the previous topic. The mean knight thought the nice knight had challenged him to a test of arms, but in actuality the nice knight had challenged him to help gather food for the poor.

So the nice knight is going around gathering up food for the poor, and the mean knight, thinking that after this is done they’re going to go have a joust, is more or less required to help gather food because he’ll come across as a total asshole if he doesn’t. And I, fully aware of the miscommunication (somewhat deliberate on the part of my friend), am laughing heartily at the whole thing.

Then there was some other stuff where I was trying to figure out how best to distribute this food, which was all gathered in the courtyard where only nobles like myself and the knights were allowed and the poor starving people never came. And something about a video game sequence of riding motorcycles through this capital city. I don’t know. Anyway, it was funny.

Here are today’s pictures. Besides that sexy one of me up there, of course. 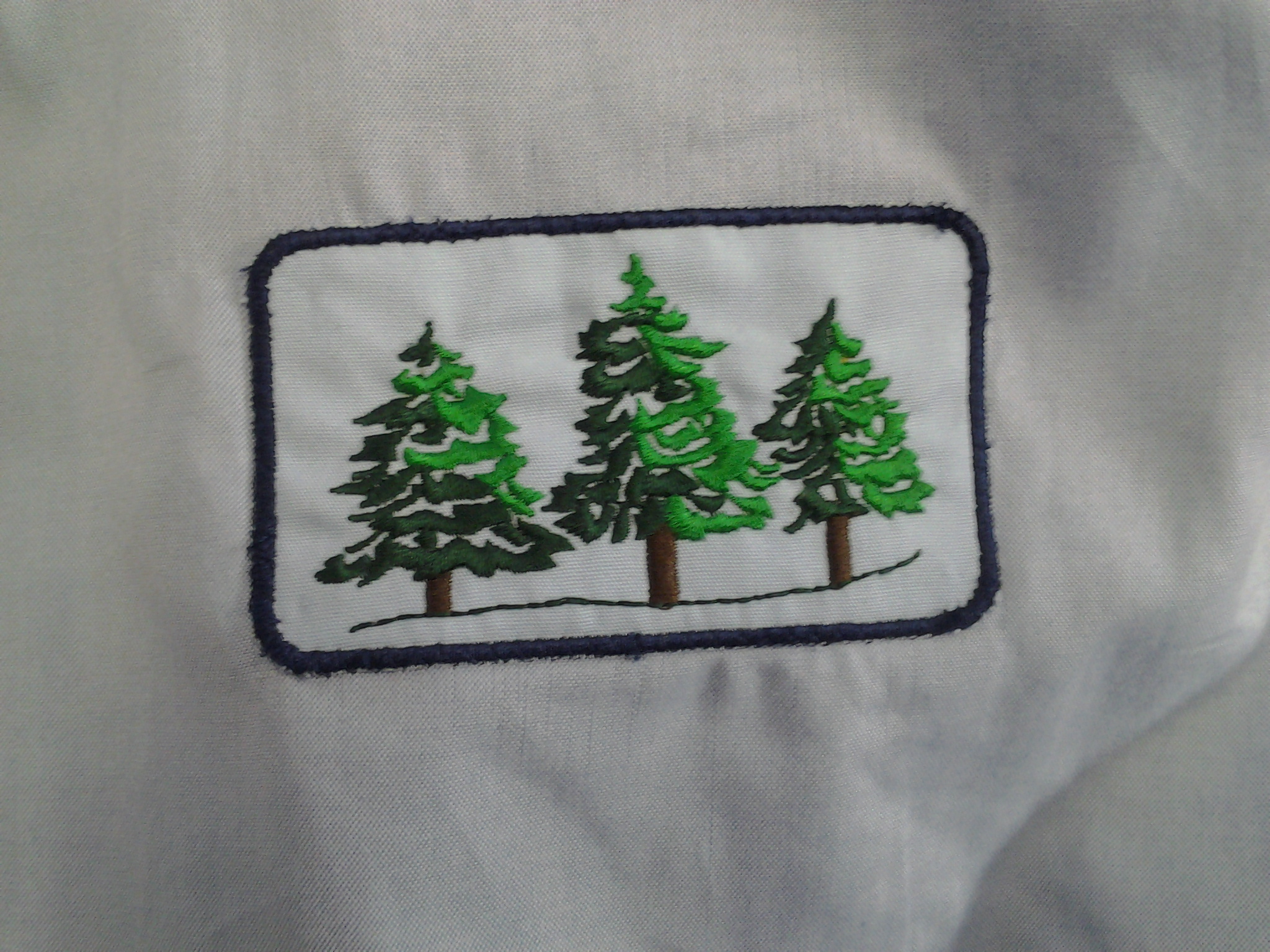 So this one here is from a shirt I encountered back in the dry cleaning days. Seems very straightforward, right? It’s even kindof a nice-looking patch. Only then you see the inside of the shirt and what this patch looks like from the back… 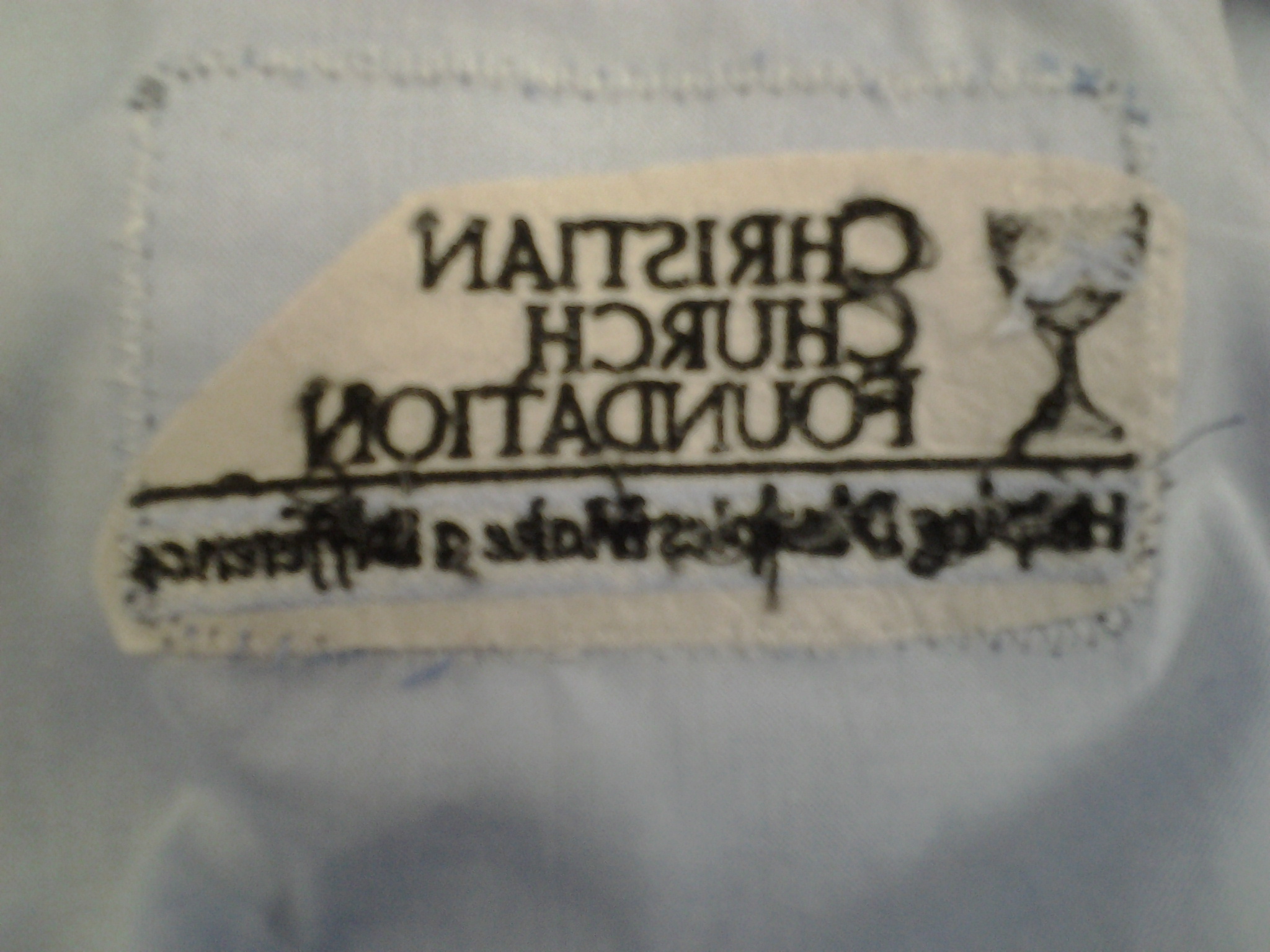 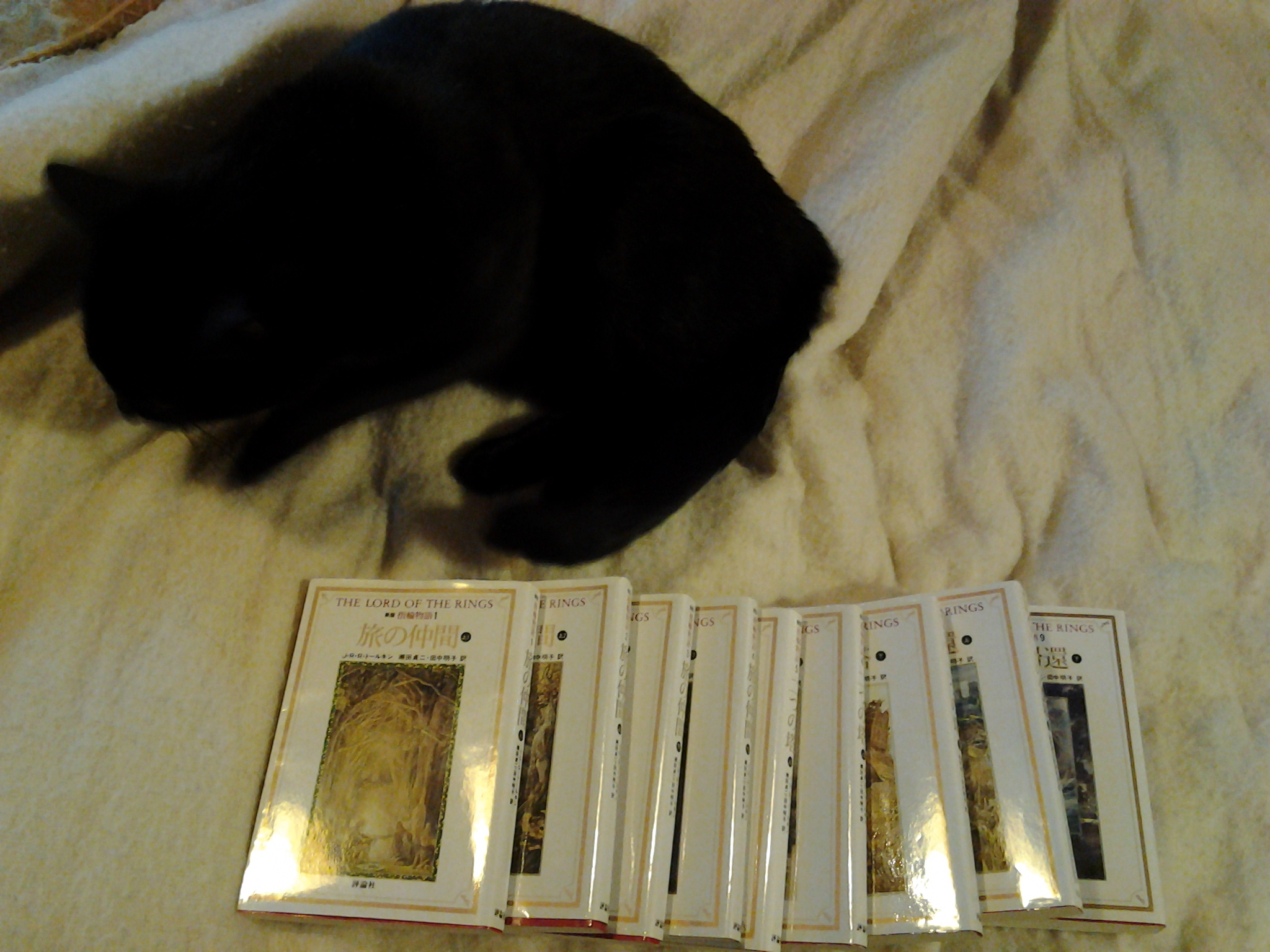 Next, once upon a time cat gave her stamp of approval to the books corpus_yaoi sent me from Japan. It is always reassuring to have cat’s approval. 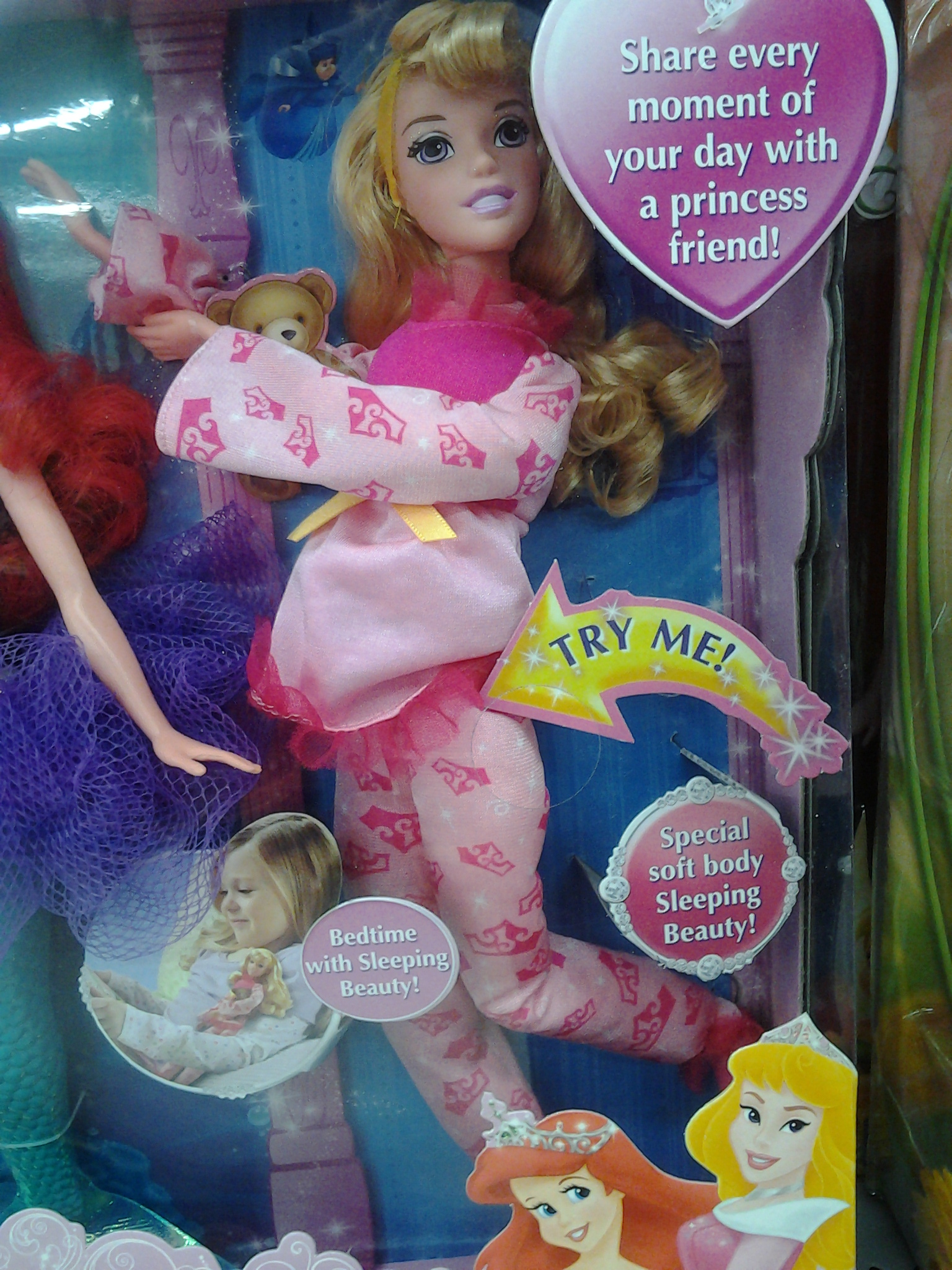 And lastly… I used to spend a lot of time on the Wal-Mart Barbie aisle for reasons HoH readers may be able to guess. And once I saw this there. I love how there’s an arrow labeled “TRY ME!” pointing to Aurora’s crotch just above the motto, “Bedtime with Sleeping Beauty!”