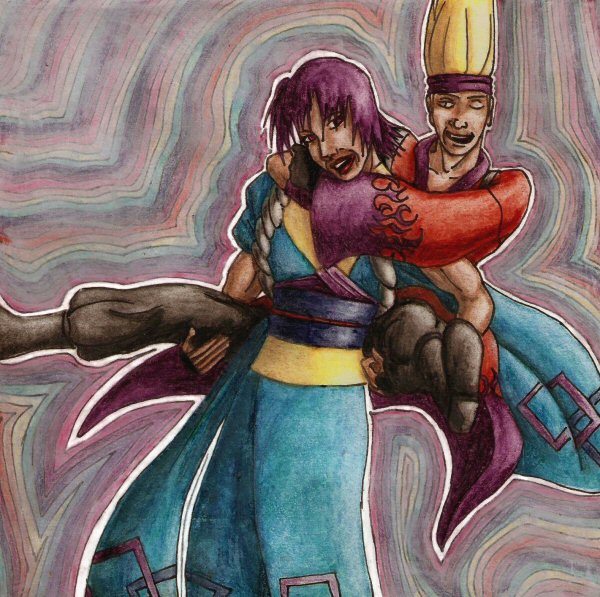 Even in a series where I’m open to lots of potential pairing arrangements, I still have an optimal lineup of couples that provides me with the greatest possible satisfaction at one time. My favorite arrangement of Rurouni Kenshin characters is as follows:

This leaves some characters I’m fond of — Katsu, Tomoe, and Gein, for example — without romantic partners. In combination with the lineup above, I tend to prefer Katsu with practically OC Tokio, Tomoe as Kenshin’s ex (probably dead, poor thing), and Gein as all the single ladies put your hands up.

Interestingly, I’ve never actually written a story or series of stories wherein I’ve hit every single one of these pairings. HoH is going to come close, but Enishi’s dead before the series starts and Misao and Tokio are cats. Katsu’s romantic fate is still up in the air… maybe he will become part of the first cross-fandom pairing and hook up with a Gundam Wing character? We’ll see, I suppose.

Anyway, my point is that, for a pairing that’s part of my optimal lineup, I don’t give Chou and Kamatari nearly enough love. They’re just so freaking adorable together. So I drew a picture of them in their canon outfits (and with Kamatari’s anime hair color, which I am fond of but which tends to revert to manga red for just about every story I write that mentions it). It took me, like, three months to draw on account of being busy, but whatevs! Yay Chou and Kamatari!!