You see the stars are moving so slowly, but still the earth is moving so fast

Jet-lag, as I mentioned, did not affect me at all in England. Not so upon returning to the U.S. of A.! I’ve been weird and tired all week. Mom said that it took her two weeks to recover fully each time she came back from England, and, though I think I’m getting over it a little more quickly than that, this quirk clearly runs in the family.

Yesterday I was the Saturday vaccine slave. The doctor that’s in every other Saturday is Lea, the sweetest lady in the world. She was doing vaccines in room 1, I in room 2. I pulled a card and saw that the next animal was a cat with warnings all over its record. So I went in and said to Lea, “I may need your help with this one, since it’s apparently a really aggressive cat.”

Says she, “Well, do you just want to switch? You can do this one I was about to do, and I’ll take the cat.”

Says I, “Sure, if you really want to deal with an evil cat on your own.”

She replies, “I’ll scream if I need help. But if you don’t hear from me for an hour…”

“I’ll check on you,” I assure her. “Or if I see blood coming from under the door.”

So I take the card she’s pulled and go get it ready, call the people back, do the vaccines, dismiss them, and then go to grab the next card. Since the cards are right beside room 1, at this point I glance through the window in the door — and see all this blood all over the floor!!

Lea’s client is gone by this point, so I go in. “Lea,” I exclaim in horror, “I was joking about the blood!!”

She turns around from where she’s washing her arms at the sink, and she is just covered in oozing scratches. Her white lab coat is stained all over, and she’s dripping blood across the entire world. “I knew I shouldn’t have tried to pick it up, but I did anyway,” she says. “I made a bad choice.”

We spent several minutes cleaning up all the things that were covered with blood, including the rug on the table and the towel on the scale, putting Band-Aids on the worst of Lea’s injuries, and laughing in horror. She even mentioned that she’s been taking this anticoagulant drug, which of course didn’t make the problem any better.

Today I was sitting here in my room when I heard a squeak as if a dog toy had been abruptly destroyed, and then all of a sudden a cat was yowling and yowling. It was really weird, and I became rather concerned, so I got up to investigate.

Going into the hall, I found my cat howling around a mouthful of faintly struggling mouse. I was extremely puzzled for a moment, but then I realized (or at least speculated) that she was calling for Little Cat to come and be taught how to deal with mice. Curious, I called to him as well, and he came out of brother’s room in some interest.

The moment Waybee saw Little Cat, she set the mouse down and backed up. Of course he pounced on it right away, in even greater interest than before, and then he would take the thing straight into my room. When I approached him, he growled at me. Poor little guy gets into so many things he’s not supposed to, he’s very used to having practically everything he acquires taken away from him — and he did not want to give up this mouse.

Anyway, he ran out of the room when I got really close to him, so I closed the door. Then a few minutes later I heard mom calling from upstairs to my brother, “Your cat just brought a mouse into my room; come deal with it.” Which he did. And then for the rest of the day, both cats have been very self-satisfied.

This whole thing interested me quite a bit because Waybee is ten years old and was spayed nine years ago, and Little Cat is about one year old. That parental instinct to train the offspring is a strong one, eh? Most of the interaction between Waybee and Little Cat consists of fighting and growling and ears back and such — but when a mouse shows up, you’d better believe it’s training time!!

Ah, it’s been so long since I last made a personal journal entry. Have some pictures! This first is of some clouds I thought looked cool: 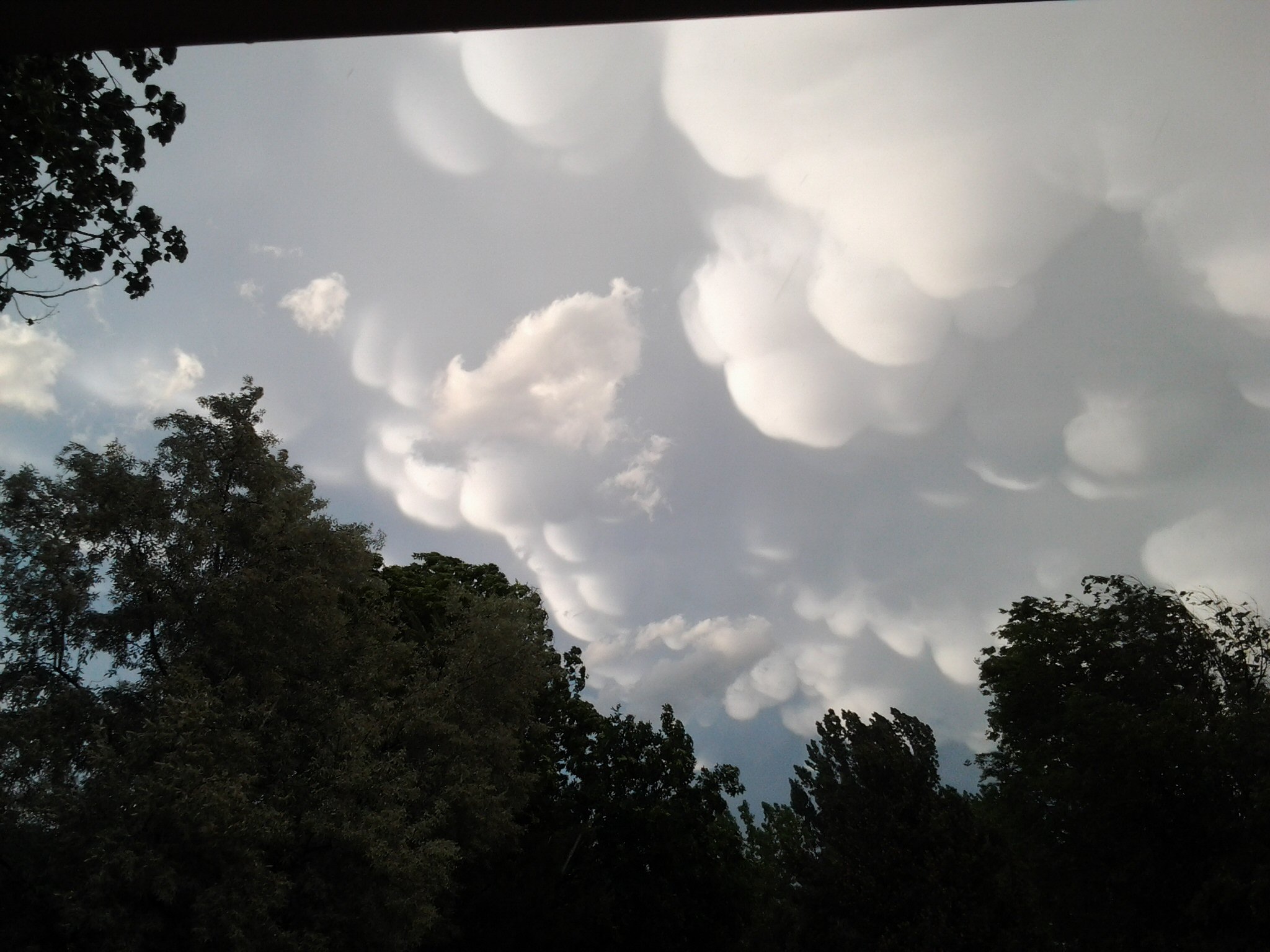 For the longest time, in the back seat of my car was this program from some church musical event my mom put together (she did an arrangement of How Can I Keep From Singing?, the title piece of the event): 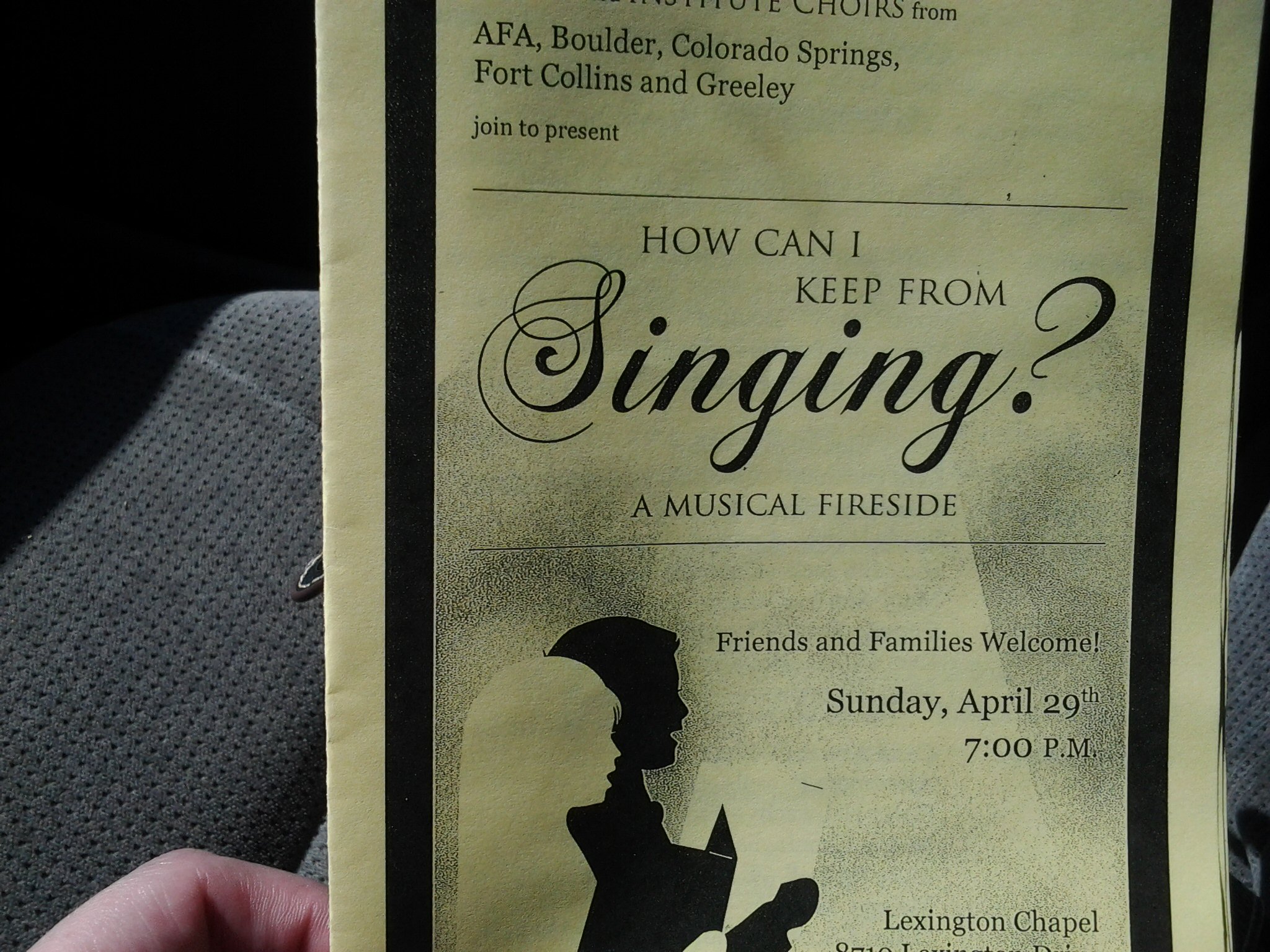 I think it looks really funny just because of the sizes of the font. At a glance (as I saw it through the back window of my car for months), it looks like it just says, “Singing?” As a random question completely out of context, I found this highly amusing.

Also, I found some super cute bananas in my kitchen once: 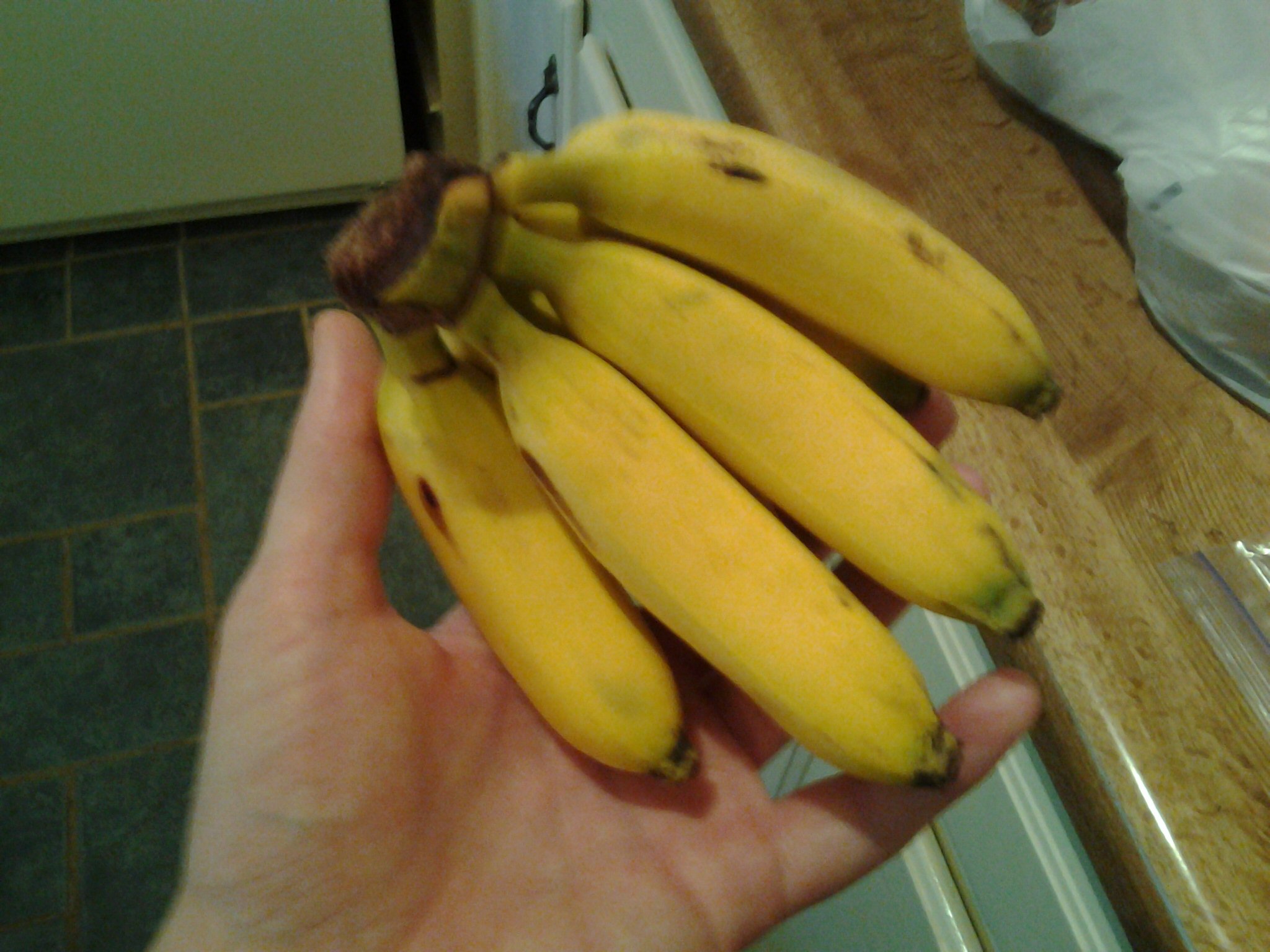 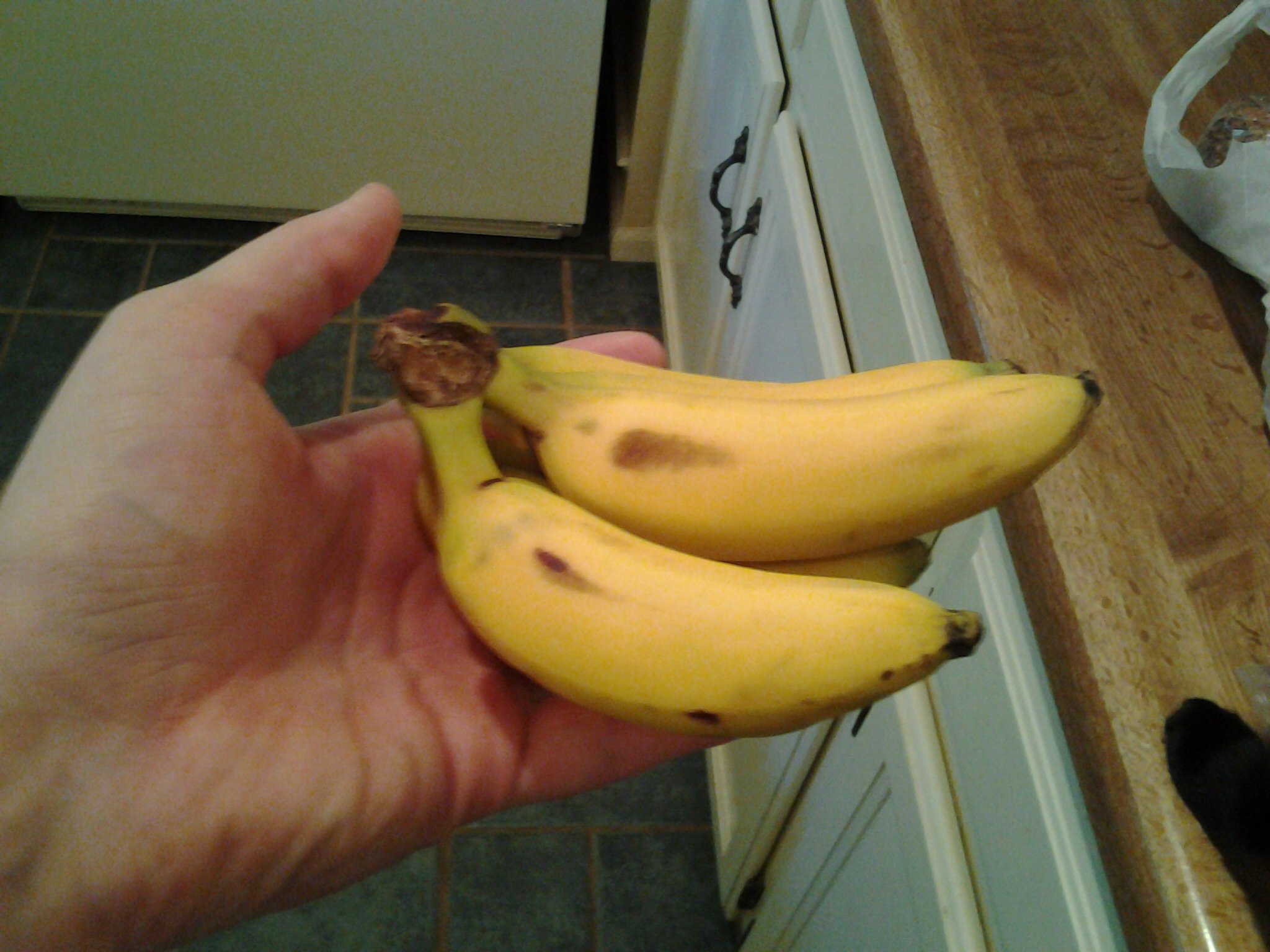 Of course I’m allergic to bananas, but that doesn’t mean they can’t be teh cuteness.