What I’ve been up to

This is not exactly a productivity log, though, despite a project that doesn’t exactly count having eaten my weekends recently, there has been productivity lately.

First of all, the time-devouring project that doesn’t really count as productivity. So, as anyone knows that also owns them, the DVD’s from homestarrunner.com are divided between sbemails and Everything Else, and on the latter three discs in a thematic manner. For a long time I’ve had a hankering to have all these cartoons arranged in chronological order instead… so that’s what I’ve been working on setting up lately.

I’m just about done — I’ve gotten to the burn-everything-to-DVD-and-watch-it-all-to-make-sure-it’s-correct-and-simultaneously-enjoy-the-fruits-of-my-labors stage — but that’s only after many weekends of spending a lot of freaking hours on it. I’m not sure why I felt the need to do this now, but I would surely have done it at some point, and right now when I’m not in the middle of posting some long story is probably better than when I am. But I sure have felt like am unproductive moron lately because of it.

And in the middle of all this, there has, as previously mentioned, been at least a small amount of proper productivity. I will mention all the things.

First off, Veritas.  I talked about it briefly a million weeks ago, and it has since reached linear completion and been edited about a million times. I’ve yet to reach a point where I care to post it, because I find it mediocre… I feel like I’ve lost touch with the short story format in the last few years, which would be fine if I were inclined to write only long stories from now on. But I’m not. Ugh. Anyway, I’ll post it one of these weekends, and we’ll see if anyone else likes it better than I do.

And speaking of longer stories, I decided I’ve waited long enough to revisit La Confrérie de la Lune Révéré. So I reread all the HoH stories prior to it, intending to do a readthrough edit of Confy thereafter… but found I didn’t have time, what with all this extremely important DVD crap I’ve been working on, to do that. So I merely reread it without the editing just yet, interested in at least forming a new and clearer opinion of it.

Aaaaaaaaand I like it. Quite a bit. There were parts that I found myself extremely eager to get to, in an attitude not unlike wondering what would happen next despite having written it myself. I can definitely see what I was worried about before — it’s certainly, as I mentioned at some point, much more diffuse than previous HoH stories, and as such builds and climaxes differently; and it’s also got a bit of Empire-Strikes-Back syndrome (otherwise known as middle-installment syndrome) going on. But overall I think it’s effective, moving, and interesting. I can’t wait to be done with Strong Bad et al so I can edit it.

Another things I’ve been working on is a new game. Yes, yes, it’s silly to start another one when SBA, which is essentially my test run, is nowhere near finished. But I realized all of a sudden recently that I COULD MAKE A GAME FOR MY NEPHEW. Not only can I make a game for him, I can get his input and ideas to work into the game. Working with a seven-year-old is totally badass, yo. So that’s been happening too.

The final item that’s been eating my weekends is choir practice. I always try to go to as many of the practices (Saturday mornings and Sunday nights) as possible, because I’m not very good and I need a lot of practice and also because I enjoy it so much. But it sure does take a huge chunk out of my weekends. Tonight is the first performance and Sunday night is the second, and then that will be over with and I’ll have some more weekend time to spend doing things.

There’s a fic I’ve been meaning to read for weeks and weeks, too, but I discovered that the app on my phone that I use to read stuff aloud to me can’t read off Livejournal, and I have yet to copy-paste the entire thing into some other document. Ugh.

Today I am very sad. It’s the last day at my clinic of a co-worker that is leaving for a different job, and I’m going to miss her sorely. And did I mention I’m not there for that because I’m home sick? The same sick that is going to prevent me from singing tonight and possibly on Sunday too? Everything kinda sucks right now.

But as long as I’m making a sort of personal entry ’round these parts, I might as well post some photos. 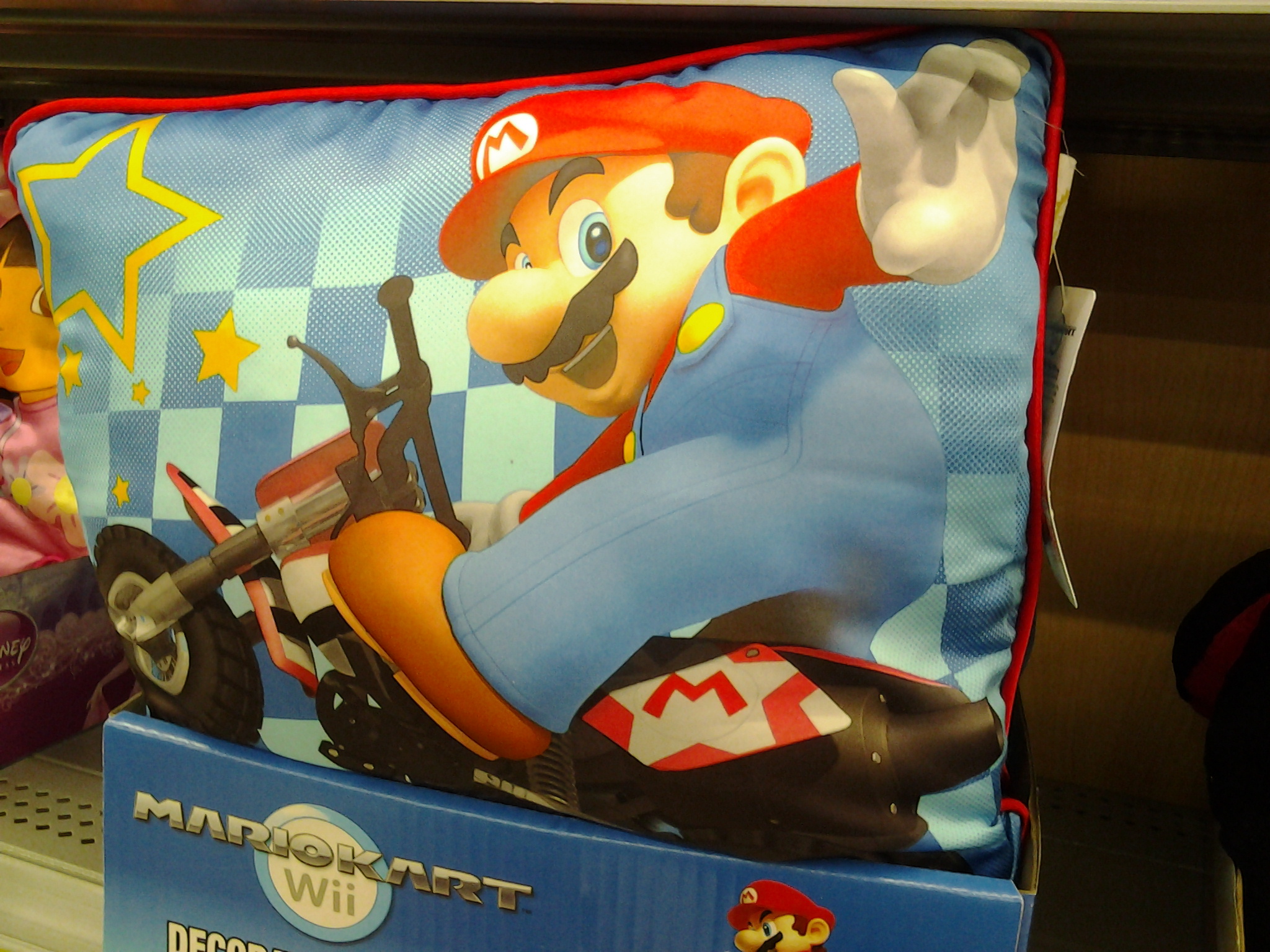 Here we see Mario either smacking his own ass at you or perhaps inviting you to smack it for yourself. Given that this is a pillow, the latter option seems more feasible. I find this perplexing. 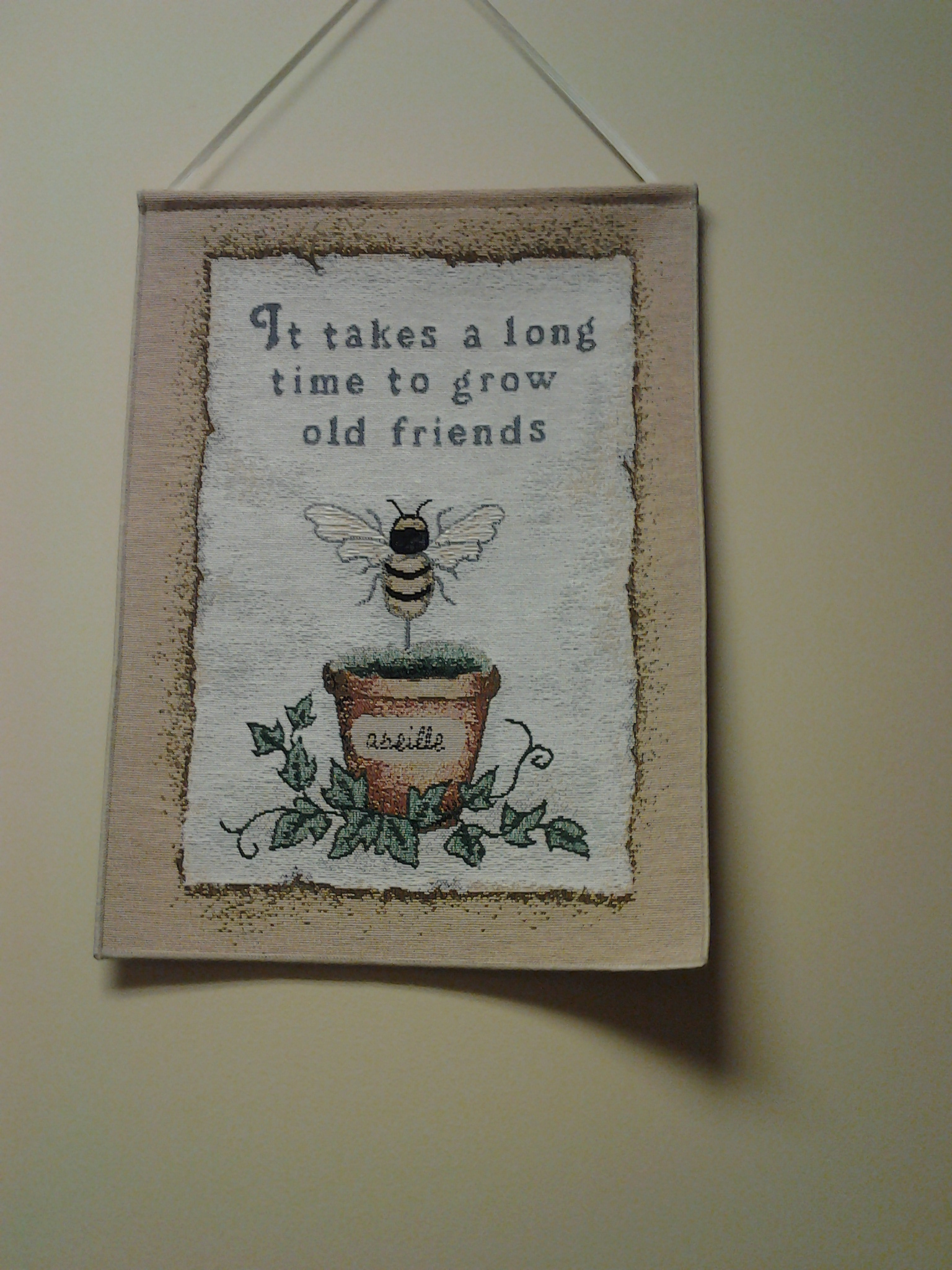 And this shit is just bananas. What is this. This combination of components entirely baffles me. 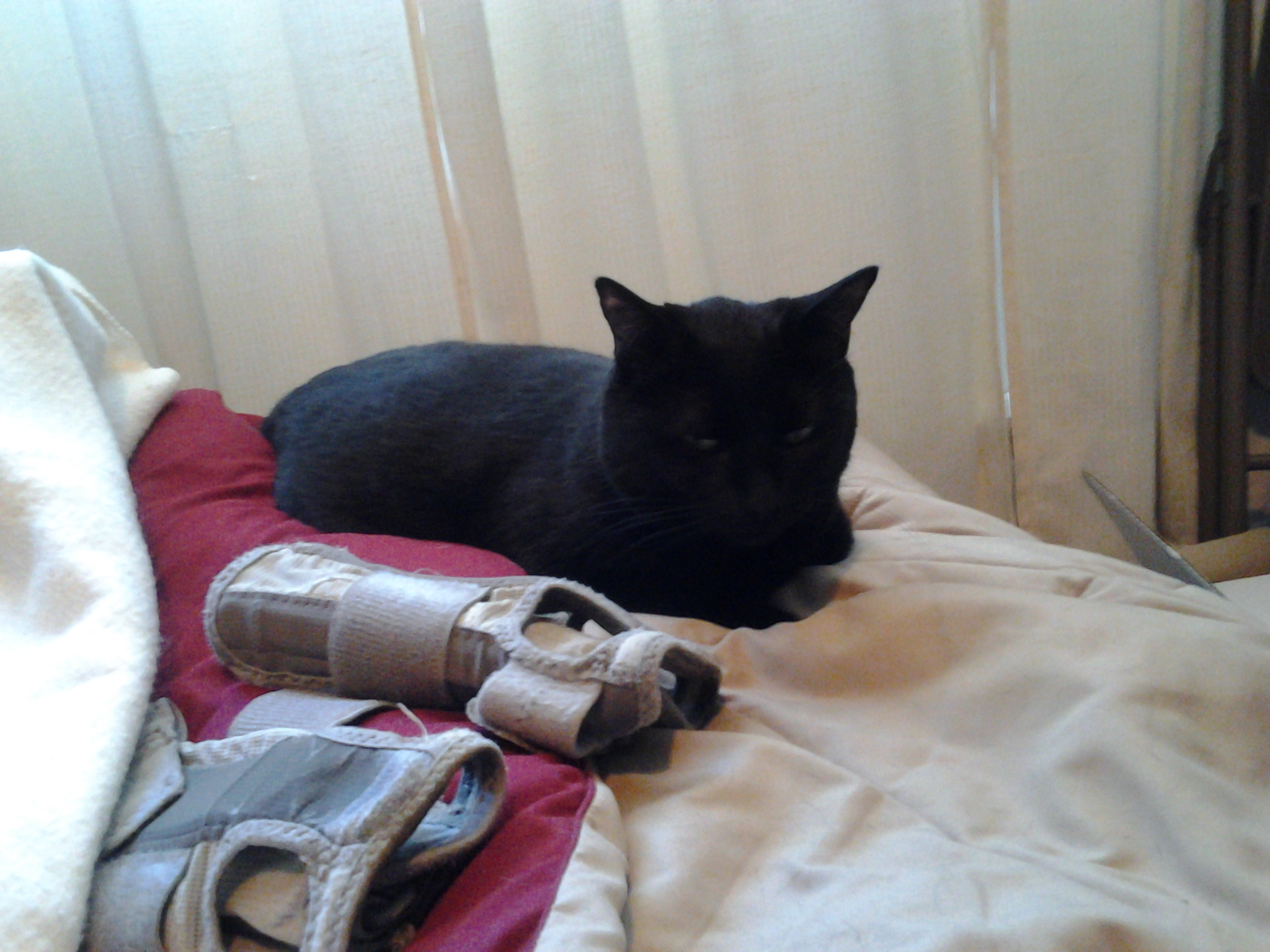 I have no context for this photo; I don’t even know where I took this. But pictures of Waybee are always acceptable.