So much awesome stuff to tell about.

First of all. Back when I didn’t get to sing in the program and was just listening in the audience, a family with three childs sat in front of me. There was a boy of about seven that was playing tic-tac-toe with his sister on a pad of paper until she got tired of it and refused to play any more. At this point I leaned forward to play with him. We played many games, he often cheating (possibly without realizing it), and whenever he thought I was taking too long to take my turn, he would say impatiently, “Go, person!” We did not, you see, know each other.

Eventually he got tired of tic-tac-toe, and wanted to play the connect-the-dots-to-form-squares game. He was incapable of drawing a gameboard for it, though; he would make a row of fairly neat dots and then get tired of that tedium and try to fill in the rest by jabbing the paper at random. So I drew a gameboard for that, and we played. The initial he put in the boxes he made appeared to be a J, but it was difficult to tell with his seven-year-old handwriting. Mine, of course, was an R. And at one point, as had often happened, he thought I was dawdling about my turn, and said, “Go, person!” Only this time added, “I’m guessing your name is Rapunzel.” Probably the only R name he could think of.

The next awesome stuff is the concert brother and I went to. The main group was Sixx A.M., and Apocalyptica was going to be there too, so we knew it would be pretty badass. We only showed up forty minutes before the concert was due to start, though, and got a bad spot whence I couldn’t see almost anything on stage. Brother, significantly taller than I am, was OK.

So the opener band comes on, and I can only see the drummer and occasionally a guitarist and the vocalist when they come to the corner of the stage. And they’re all Japanese guys — this is made even more clear whenever the vocalist talks to the audience with his cute accent. Not only that, but they sound JUST LIKE L’Arc~en~Ciel if L’Arc were a little bit more hard rock. Even the vocalist sounded just like Hyde would sound if he sang in a bit more of a hard rock style.

So I’m enjoying the hell out of this obvious L’Arc clone, very surprised to find such a J-pop-sounding group (harder rock or not) at this metalish concert, and thinking, This soundalike is probably the closest I’ll ever get to seeing the real L’arc~en~Ciel in person. And when they’re done performing and the stage is being set up for the next band, I pop onto Wikipedia to look them up.

You guys. IT WAS ACTUALLY FUCKING HYDE. This band, VAMPS, is a side-project of his that I guess he’s been doing for a couple of years just for fun (demonstrating, yet again, how well I pay attention to what the artists I love are up to). The music sounds like L’arc because he writes it, and he sounds like Hyde when he sings because HE FUCKING IS HYDE.

I was so shaken by surprise and joy at this bizarre and unexpected and wonderful circumstance that I kinda dissolved into tears. I’m still not over this weeks later. How could something this amazing and awesome happen to me?? I mean, I really like Apocalyptica and Sixx A.M. (and the latter’s concert rendition of Accidents Can Happen was one of the most beautiful things I’ve ever heard), but my love for L’Arc is way way way greater, and dates to a much earlier period in my life, than my love for either of them. And HYDE WAS FUCKING THERE. I don’t even. I just can’t.

But enough of that. Moving on. The next item is MY NEW LITTLE FRIEND: 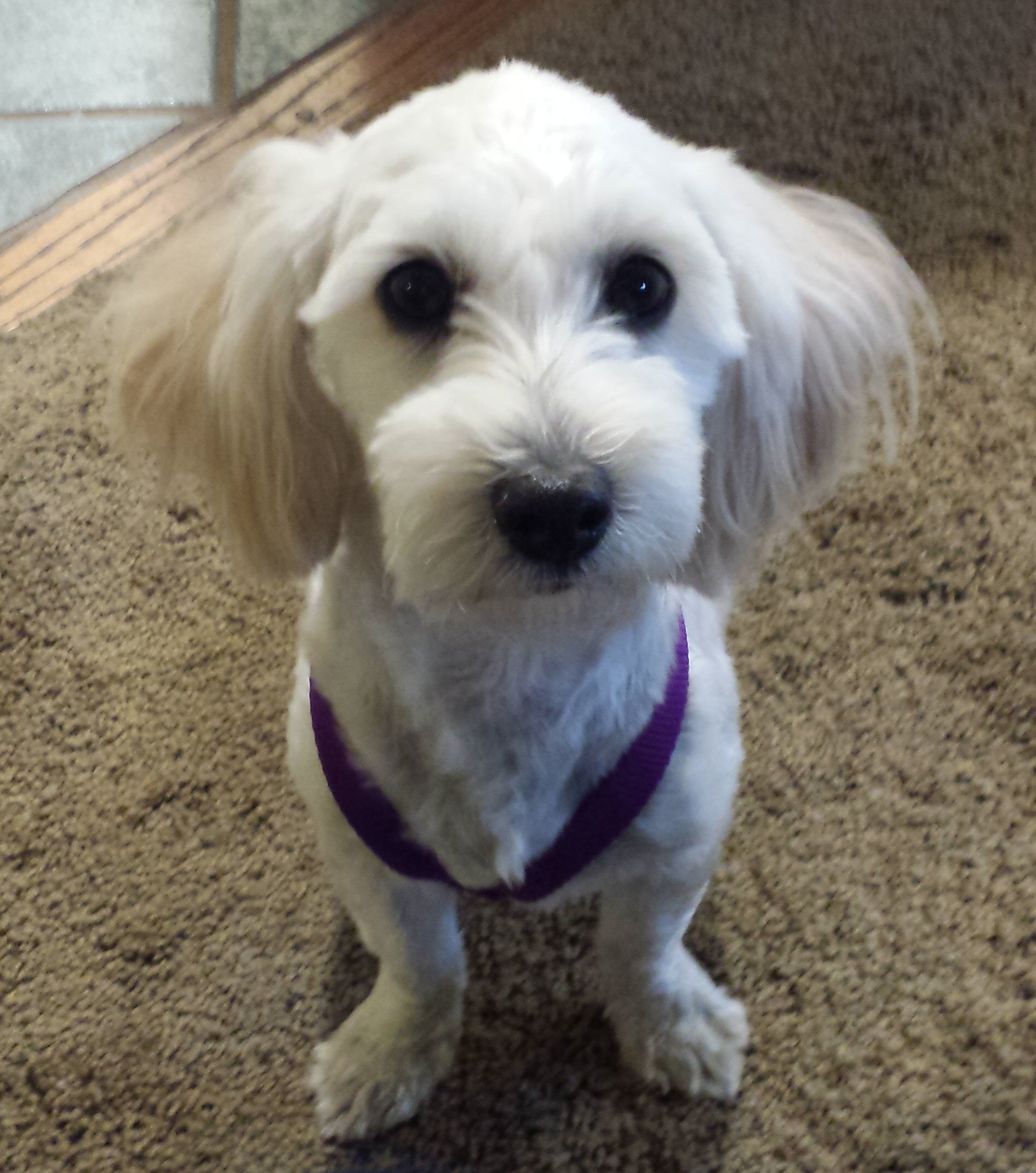 This is my new dog!! Since he is a ten-pound maltipoo unlikely to get any bigger, I thought it appropriate to name him Hiko Seijuurou XIII. 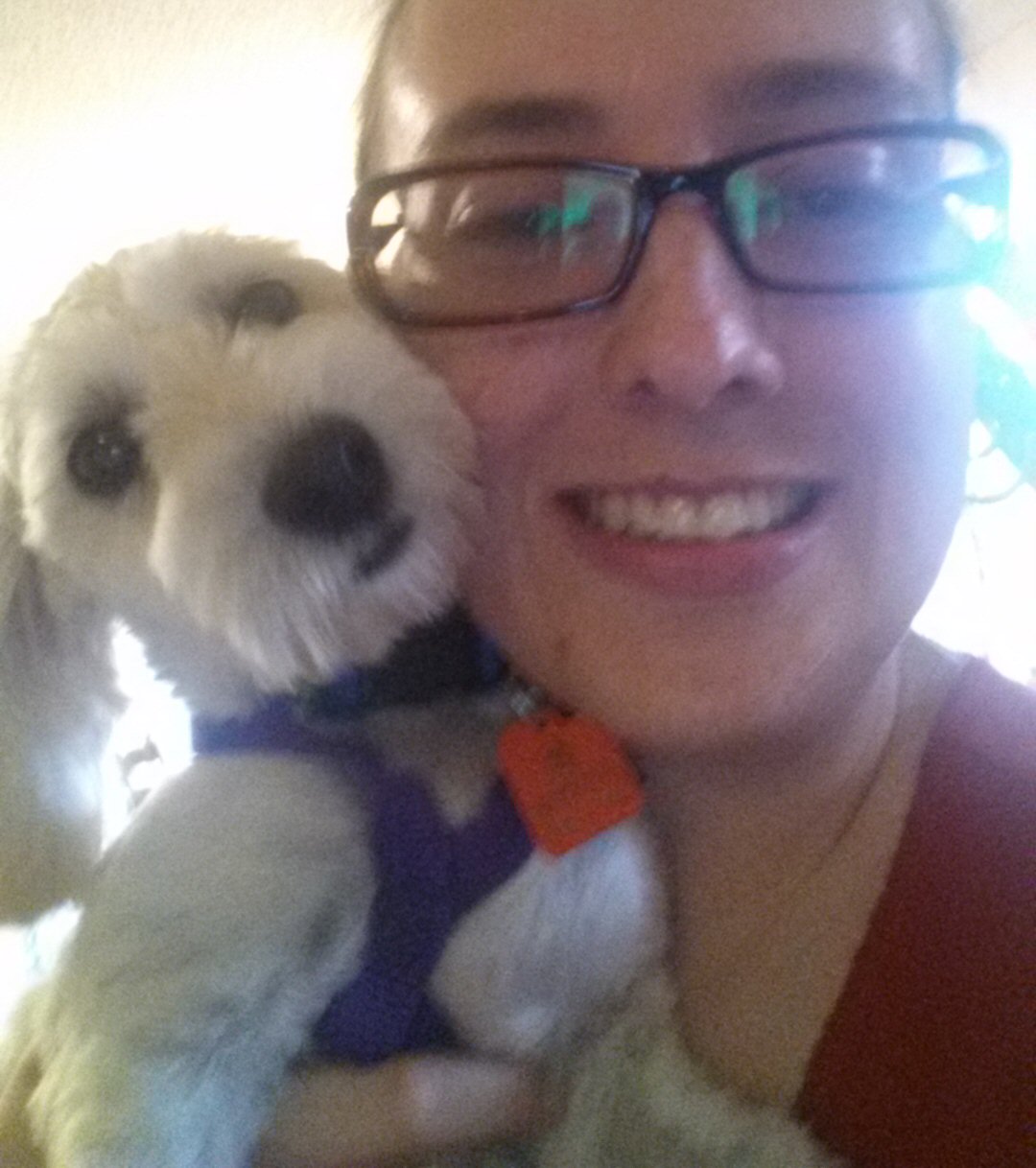 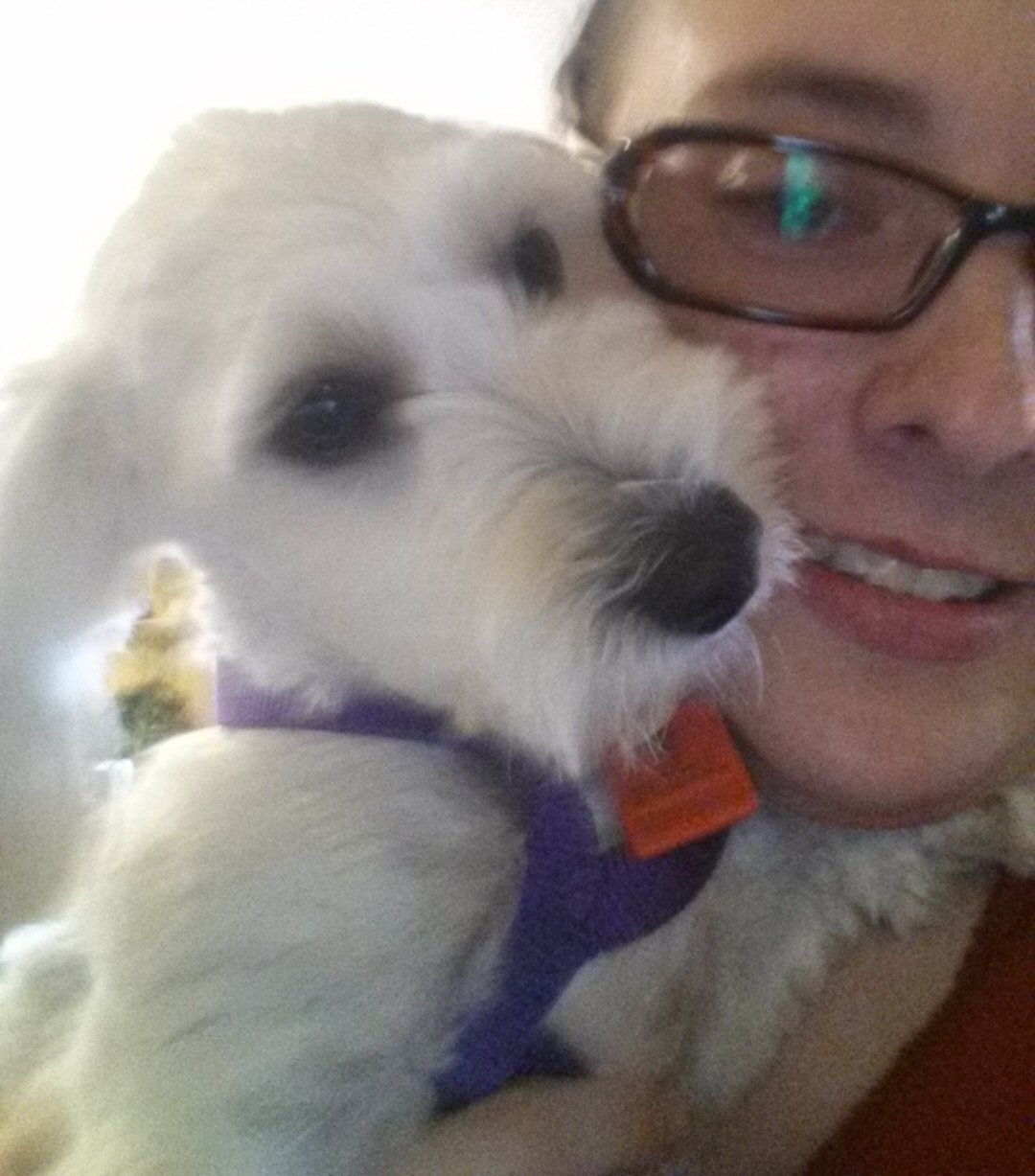 Hiko-chan, who is about a year and a half old, was rescued from a neglectful (and possibly actively abusive) home in Arizona, so he has some sad little personality quirks. Potty training has been a challenge thus far, because he is very reluctant to go in front of humans. But he’s learning other things pretty well — he already knows “out of the kitchen” and “sit” — and he sleeps in his little bed at night quite well. 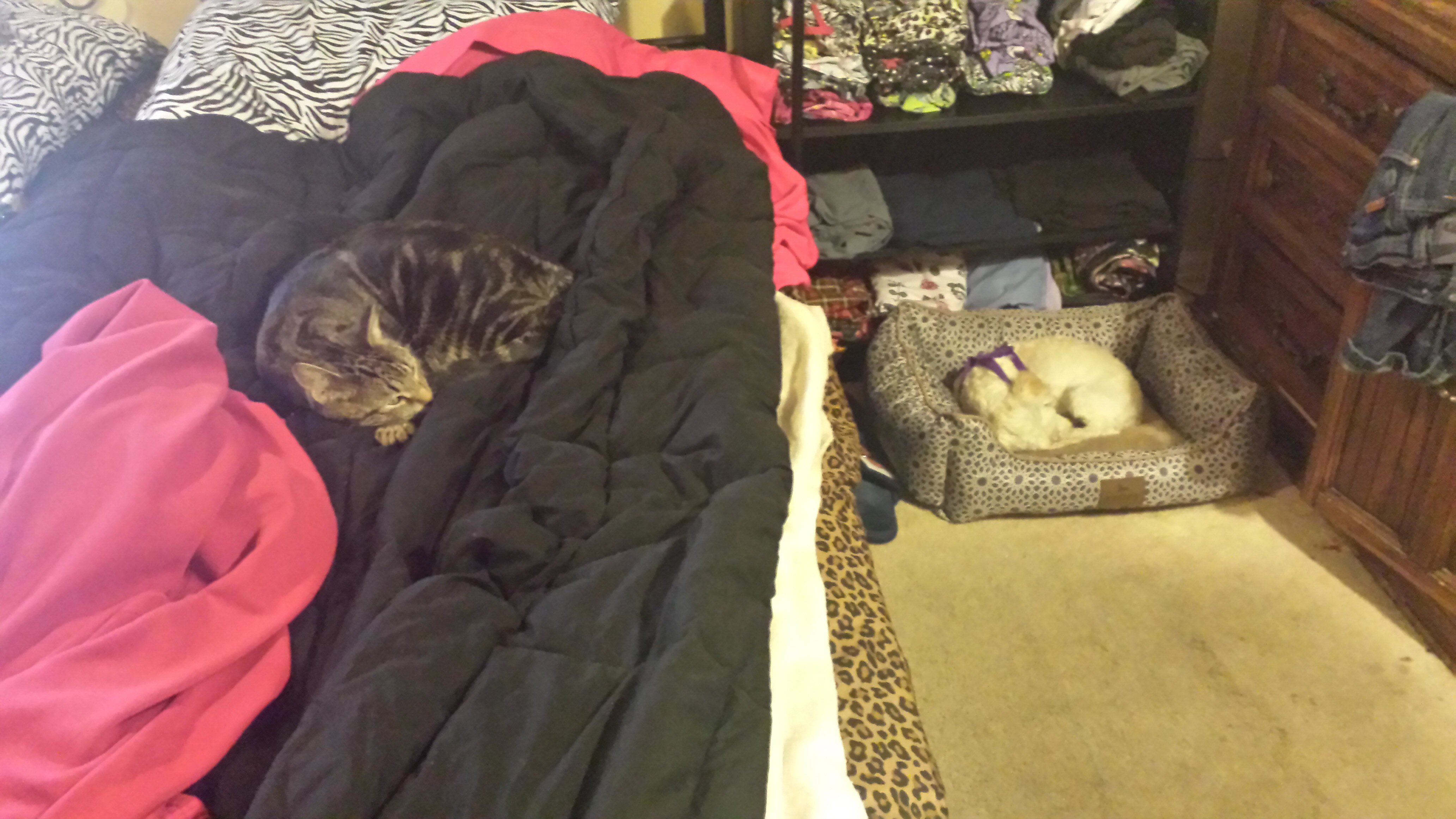 He has made friends, more or less, with Little Cat, and they chase each other and wrestle and it’s freaking adorable. Waybee sulked behind the couch for several days and wouldn’t even come out to eat, but she’s finally emerged and seems to have forgiven me. She sat on my lap today for the first time in a week. She’ll never be friends with Little Dog, but all she really needs to do is tolerate him.

As far as other things that have happened in my life lately… well, my latest reread of the RK manga has left me with the usual riotous, aching desire for Saitou/Sano stuff… so even though (let’s be perfectly honest here) I’ve been in a bit of a slump all year as far as writing due to a series of circumstances that were mostly my own choice, I’ve managed to get a new story almost to linear completion. It has no title yet, and I don’t know when it will actually be finished, and its focus is not directly on Saitou and Sano (in fact, in that and several other respects it very much resembles In-Law), but some work is better than less work.

That’s all I have to say for now.