Joe — I cannot for the life of me remember whether I’ve mentioned this before, so I’ma start as if I haven’t. V, a doctor at my clinic (one that recently dropped a Brown-Adson), requested a large picture of her dog Joe. Here, with brightness/contrast highly altered for visibility, is the lineart I finished about a million years ago: 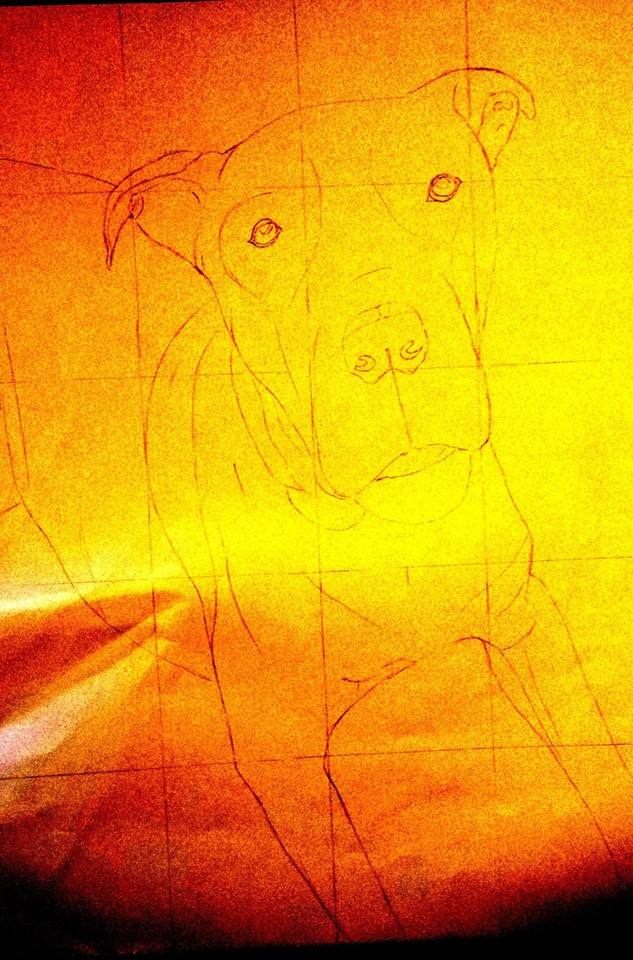 After that I colored it all in, which was extremely tedious and therefore got put off a lot and took approximately a million years. Then I started some actual shading: 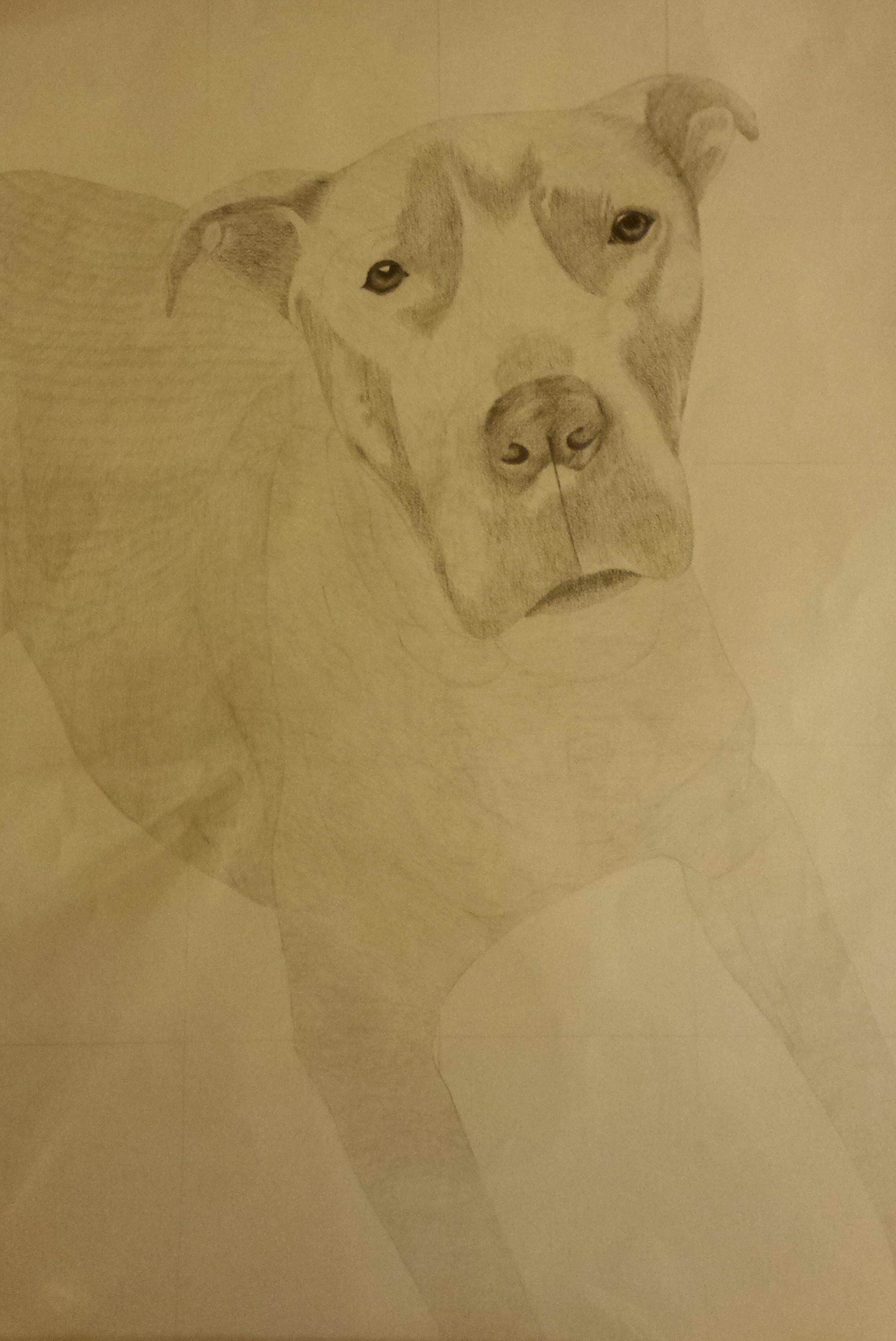 Actual shading is way more interesting, and therefore has been proceeding at a much better pace.

I think it’s looking quite nice. The proportions aren’t perfect even though I gridded the damn thing out very carefully, but it’s still recognizable as Joe, so that’s good. Now I just need to make sure I have it done before V’s birthday in three months XD

Recordings — I finished up the recording of Fast Decisions, and I think it’s pretty good. I’ll never be completely satisfied with any HoH story recording until I figure out how to do accents. Saitou has a Japanese accent in that world, but I’ve been reading him exactly as I read him for every other story. Very frusty.

I’ve been working on the He Can Be Taught recording too, and it’s nearing completion. I’m on the final fine edit, and actually not disliking any of it enough to want to scrap this recording and start over.

An eon ago I speculated that I would never put up recordings of longer stories because by the time they progressed any distance down the road to completion I would either have edited the story too much or become dissatisfied with the original recording… well, that’s kinda proven true.

I have recorded the entirety of Plastic three times so far, and even the latest recording is not acceptable. Seeing Red is on its second iteration, and I’ll probably start a third (undoubtedly still unaccented) attempt as soon as I’m not sick anymore and have some proper voice again (Poe, how often I say that).

But apparently He Can Be Taught is short enough that I’ve managed to avoid these problems. Which is nice, because I’ll be happy to have a longer recording available, if only to prove that I really can get some of these things finished XD In the meantime, even having the raw and unacceptable recordings of other, longer stories hanging around is useful for me when I want to reread thems.

Oh, man, have I mentioned my nose? I’m just… congested… all the freaking time… and you can totally hear it in any recording I make. Even when I feel like my tiny little sinuses are fairly clear, I still come up with these stuffed-up recordings that make me wonder, later, whether there wasn’t some decongestant I could have taken first.

The Lords of the Light and Dark — This is the game I’ve been making for my nephew; I forget whether I’ve mentioned it or not. Sadly, this style of old-school RPG isn’t really his thing, but I’m still working on it off and on. Recently I’ve been putting in a sidequest having to do with a flooded quarry and where are the quarrymen??? That’s been fun. We’ll see if he ever plays it.