Since life is sweet here, we got the beat here, naturally

I had a pretty meta McDonald’s dream. Usually my McDonald’s dreams feature my return to the restaurant after all these years and being thrown into things without any training to catch me up on everything that’s changed. Usually I’m trying to run the entire drive-thru by myself and it’s not working very well.

Of course I’ve continued having Disneyland dreams, and in one of them there was the implication that I might hook up with Saitou at some point. Makes sense, right?

I’m so excited about going to Disneyland that it’s almost completely killed my productivity. Just about the only things I can work on are drawings or editing story recordings. Neither of those is unproductive, but some poor stories are crying out in sorrow. I’ll try to get a productivity log up before I go with some progress shots and such.

So the Super Bowl was, of course, awesome. I bought several snacks to enjoy whilst watching the game, and I painted my nails orange and blue and wore orange socks with my blue jeans and my Broncos shirt. I like to think that helped :D As someone on Facebook put it, it sounded like Independence Day outside after the game; I couldn’t actually see any fireworks, but could definitely hear them going off.

OK, a recent story from work: Dr. V. dropped a Brown-Adson, which fell soundlessly instead of ringing on the floor as a dropped metal instrument usually does. She was trying to figure out where it had gone, and since I’d just walked into surgery at that point I was helping her out (after opening her a new one, of course).

Dr. W. speculated that it had fallen into the drape bucket and landed on cloth, and said we should warn Marge (who does most of the laundry) so it didn’t end up going through the washer and dryer and breaking thems. We were still so curious about where it had gone, however, that we kept looking around for it avidly. And then I saw it: 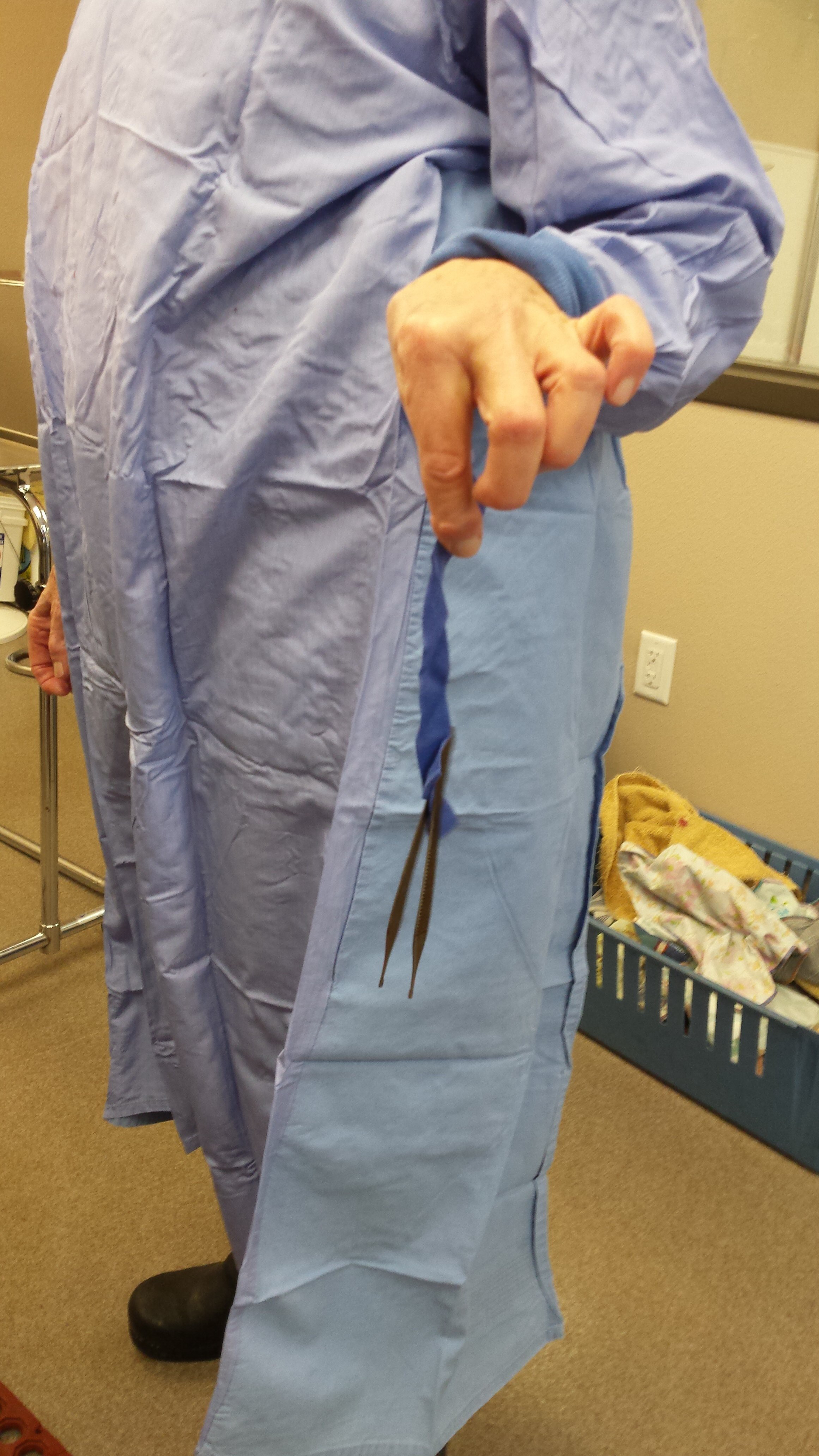 It had somehow managed to fall just perfectly to catch one of the loose ties of her surgical gown, and had wedged on there so firmly as to not be shaken off during several minutes of looking around for it. We were all quite entertained by this. What are the chances?

OK, now I need to go get ready for Disneyland tomorrow. I will leave you with the usual set of random pictures. 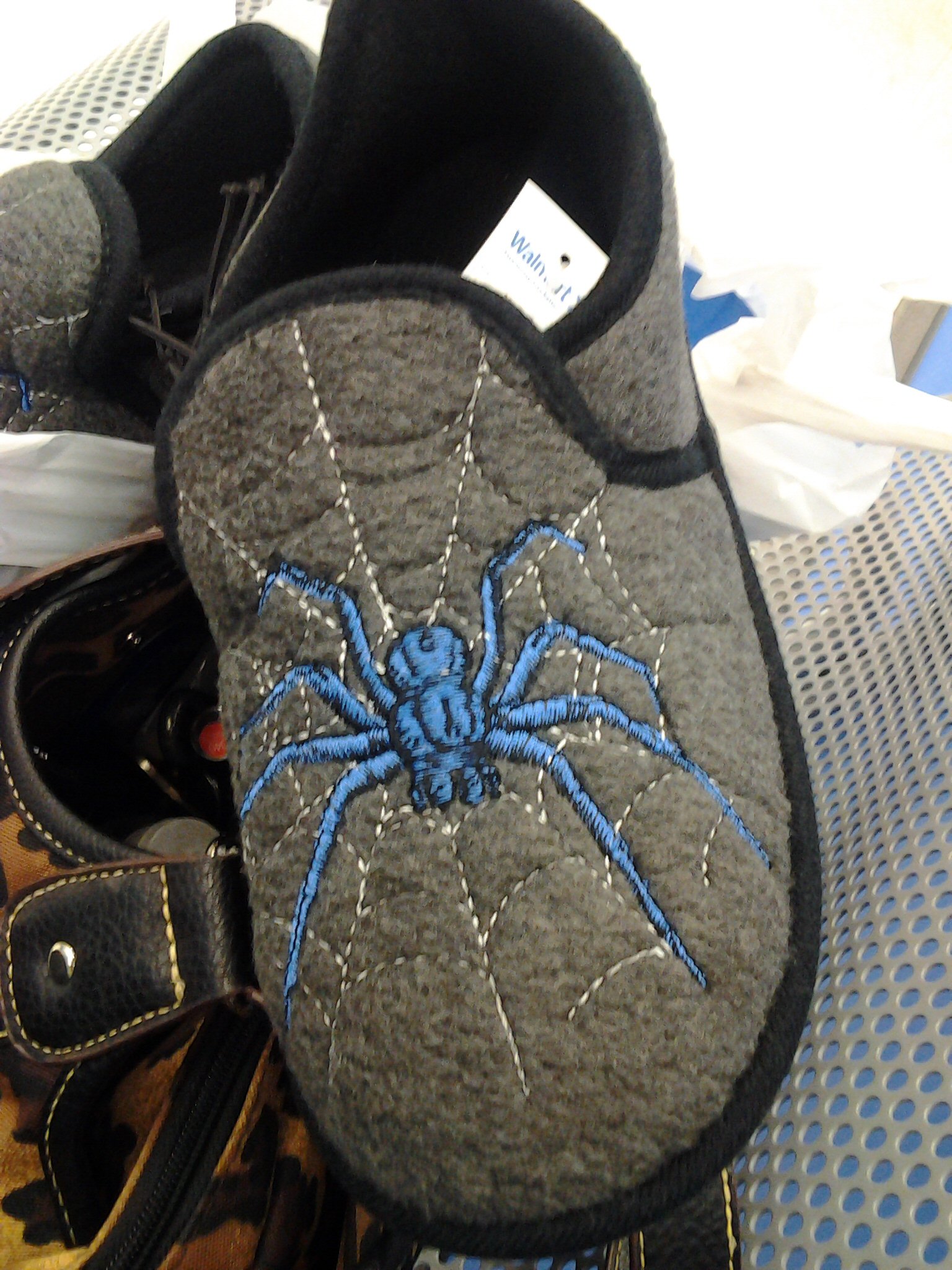 A pair of slippers I bought one time. They were kids’ sized, so I always had to step on the heel part in order to wear them, but they had spiders on. Badass. 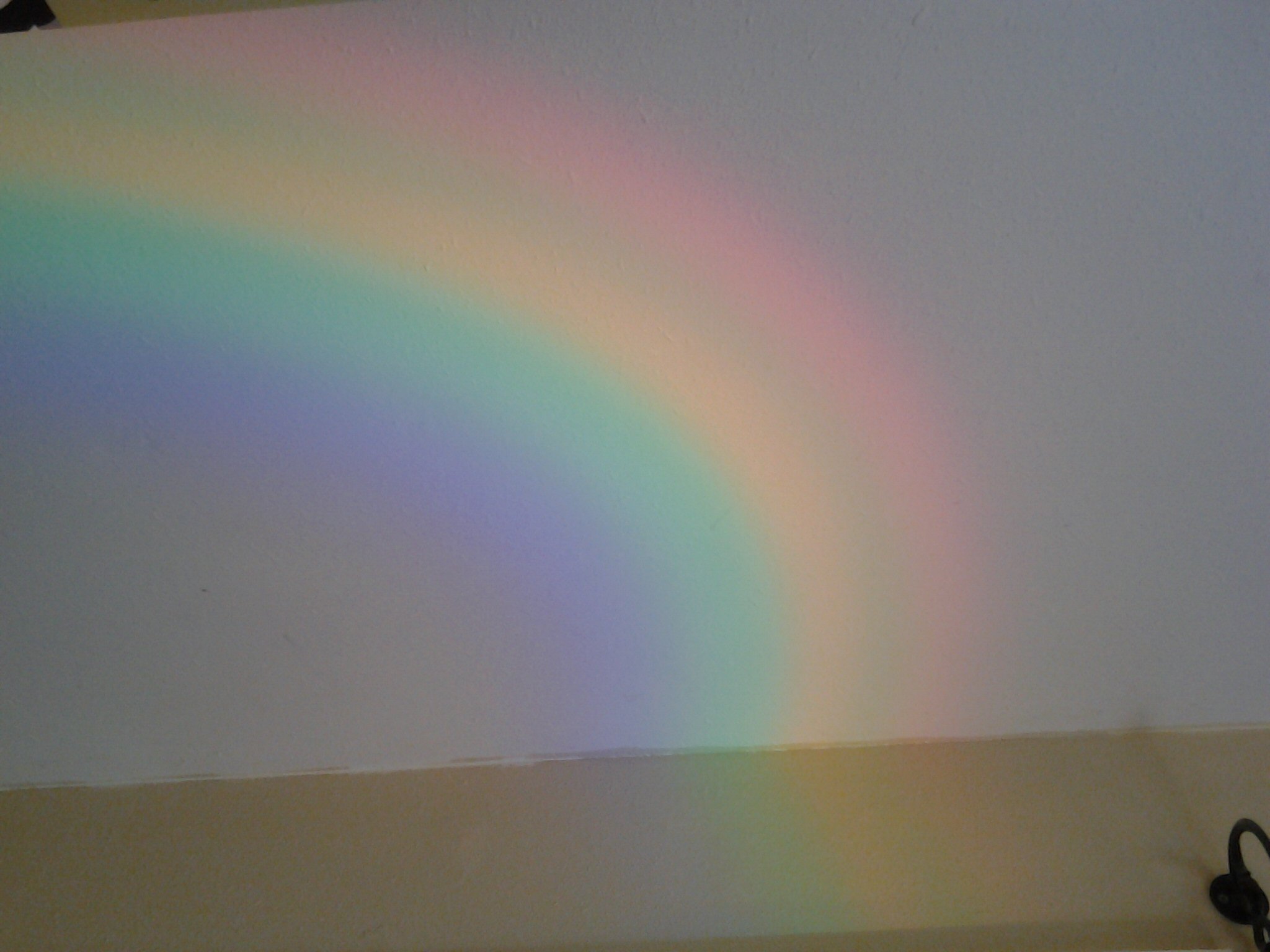 Ceiling rainbow!! That I decided to take a picture of, for some reason. 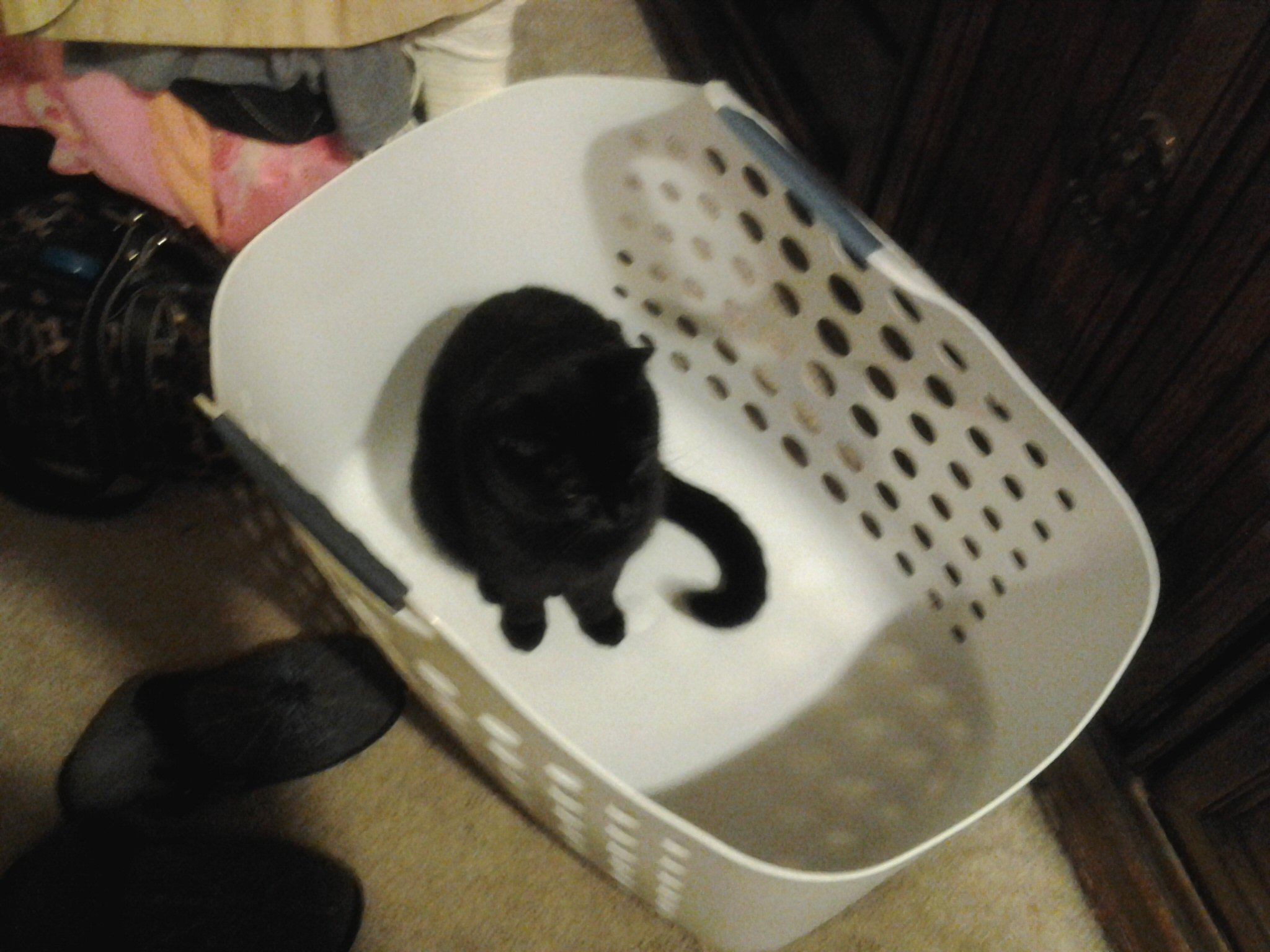 Being a basketbii this time.