Recently I was doing vaccines, and the next animal in line was a miniature schnauzer named Puff. So of course, as I’m drawing up the vaccine, I’m singing, “Puff the mini schnauzer came in my room,” and thinking of the owner as Little Jackie Paper. I did at least manage to refrain from using that name when I went to call dog and owner in.

So here comes Puff the mini schnauzer, who is (like every mini schnauzer) one of the cutest dogs that ever lived with his tininess and adorable schnauzer shave and the printed flannel blanket his owner has him wrapped in and his itty bitty wagging tail and pink tongue. And Little Jackie Paper?

Little Jackie Paper is the most gangsta-looking guy I have ever seen. Seriously. I can’t name every aspect of the stereotype in retrospect, but he had them all. There were chains and… yeah, I forget what else.

And he so clearly adored this dog, and had the paperwork and the puppy vaccine booklet and everything; he was the epitome of a caring and conscientious owner. He even listened attentively to everything I had to say about vaccine schedule signs of bad reaction.

I like to think I don’t have a lot of blindly preconceived notions about people of other lifestyles, but the fact that I was enough struck to want to write about this in my journal is evidence that there’s something going on in my head. But at this point, any prejudices I may have had about that type of person must have been thoroughly shaken.

Also at work recently, I was trying to put a cat back into her kennel after surgery. Our cats (understandably) often wake up really crazy, and this was not one of the rare exceptions. She had all her legs splayed out madly, and her whole body was really stiff, so her entire angle was bad for getting her into a square opening.

Then all of a sudden she kicked off the edge of the kennel, did a back-flip over my arm, and caught me right in the mouth with one clawy paw. She cut my cheek, my upper lip in two spots and lower in one, and two gum locations, then fell on the floor. It happened so quickly and unexpectedly that both I and the co-worker in the room (our cat lady) were stunned and disbelieving, and today my lip still hurts.

Watch this video, if you want:

Coheed and Cambria has been one of my favorite bands for several years, and I don’t remember whether I mentioned my great happiness or how excellently they performed when I saw them in concert last summer. I really love them.

And not long ago I watched the above video for the first time, and found another, huge reason to love them.

No matter how society is changing, I still feel, most of the time, as if the bulk of it is ranged against me as a lesbian. I feel as if just being open about who I am — being myself — in public is an act of defiance, which is sometimes a bit wearing for a shy and non-confrontational person. I assume on a subconscious level that homophobia is the default. I especially make this assumption about male-fronted nerd culture.

It is not fair and it is not kind to make such assumptions about people, but it is, sadly, what I have been conditioned to assume. Even while actively enjoying the artistic products of those outside the immediate circle I consider relatively safe, I’m still very wary of the people involved, and that’s a tragic way to have to interact with other human beings.

Which is one of the reasons it means so damn much to me when I find an ally in an unexpected place.

And maybe CoCam has been a group of allies all along and I just never noticed. I’ve mentioned before how bad I am about actually paying attention to the bands I follow; I rarely even know the names of the members… or, to be honest, how many members there are (unless I have a poster of them on my ceiling or a desktop wallpaper on my computer or something. Which is rare, because looking at a musician is hardly the point, is it?)

But this inattention may have been doing CoCam — or at least Claudio Sanchez — dishonor all this time. Because if they’ve had the wonderful attitude all along that envisions a music video about the formation of a gay relationship portrayed in a positive and totally normal light, I have not appreciated them as much or as well as I should have. I’ve always adored their music and their storytelling, but from now on there’s going to be an extra layer to my appreciation that, perhaps, should have been there all along.

So I’ve cleared 3/15 bookshelf compartments by now, and with great joy and exultation I pulled out all my figures and set them up in one newly empty compartment. They really need two or three to spread out across (or at least another shelf inside the one compartment they’re in), and they’re hilariously cramped and in each other’s faces where they are, but it still makes me really happy to look up and see them there.

OK, let’s have some photos.

One time I was waiting on a tire replacement, and there was a Fascinations across the parking lot. As I walked toward Fascinations, I noticed something on a window sill in front of a model display: 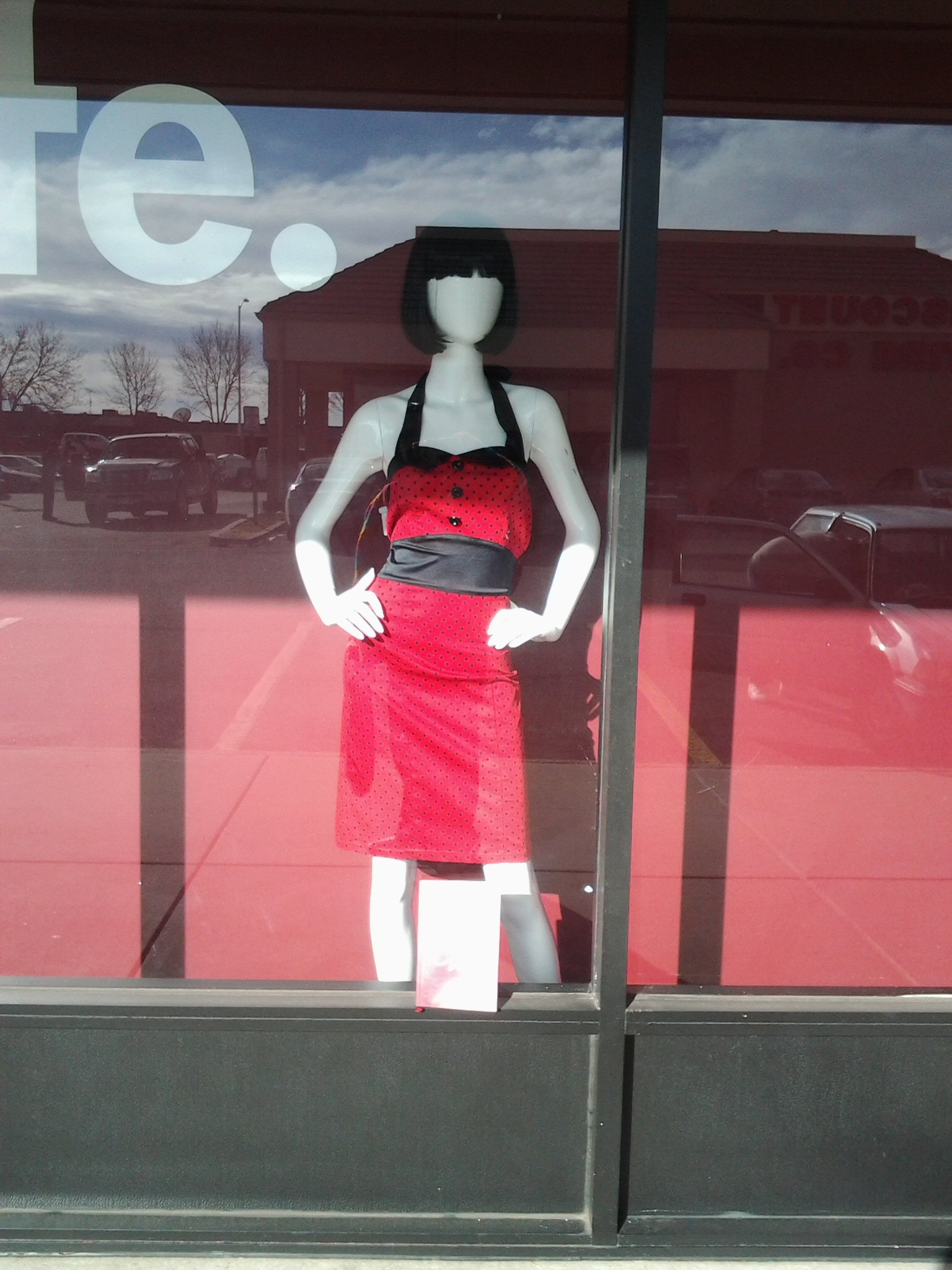 When I got close enough to see exactly what it was, I had to take pictures. 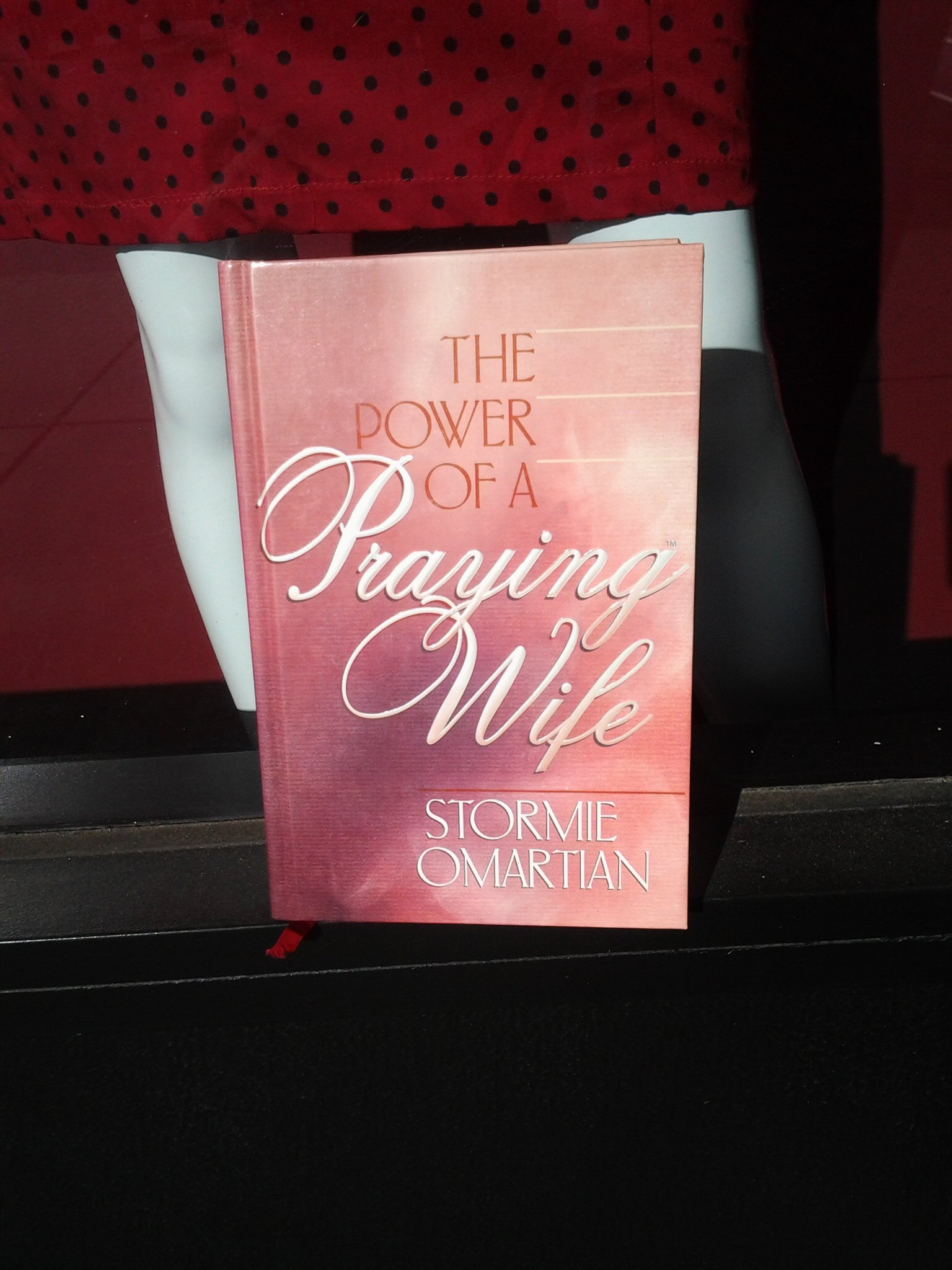 Oh, creepy Christians. Bless your bigoted, unsubtle little hearts. Anyway, instead of becoming a praying wife, I went into Fascinations and bought the greatest purse anyone has ever made: 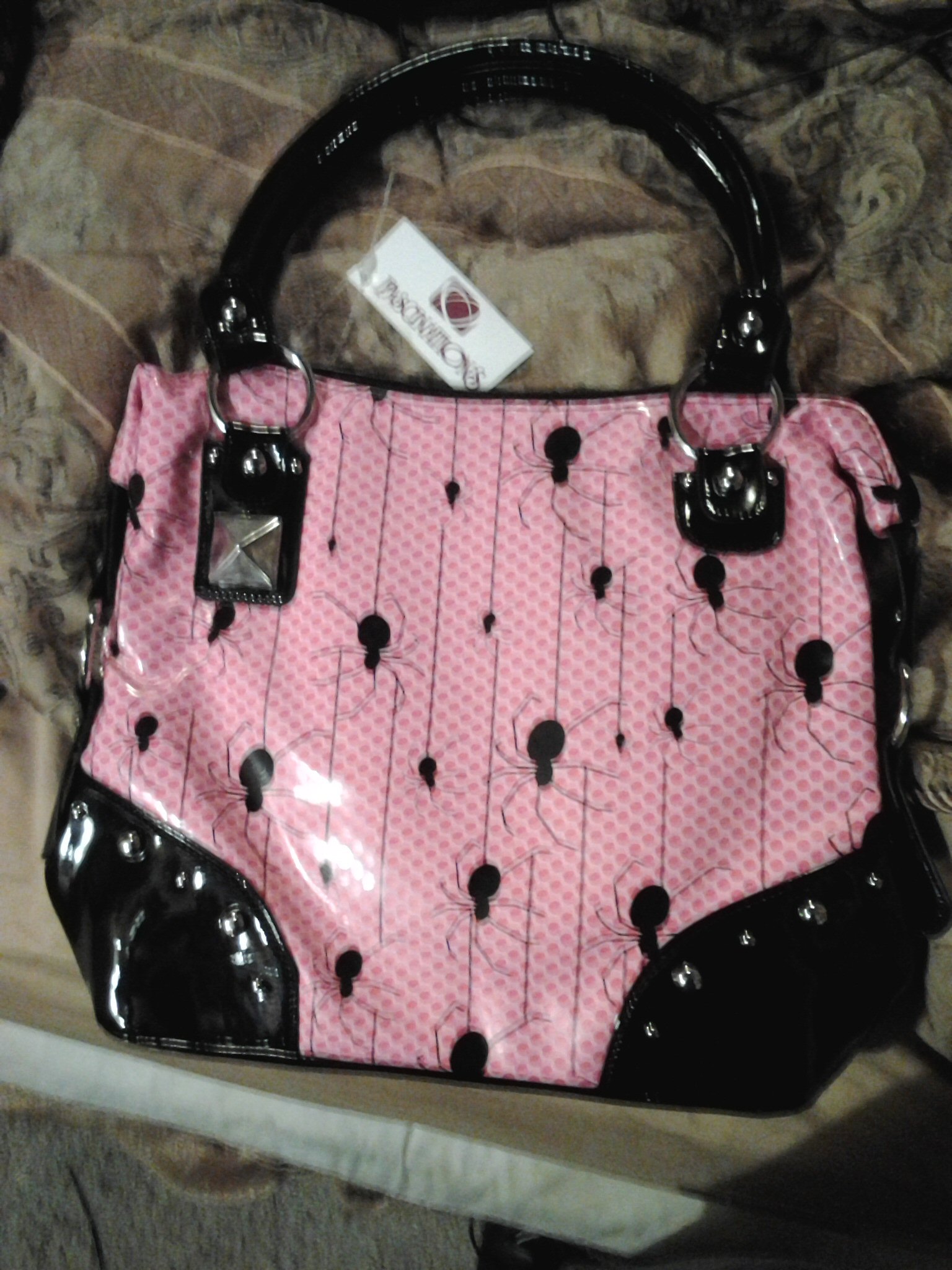 It appears I never managed to get a less blurry picture of it. But seriously, you guys, this was my favorite purse I’ve ever, ever, ever had. I loved it so damn much. It wore out and broke about a year ago, but for a while it was just pure, spidery heaven to carry around.

And the last picture is, of course, of Seet Bean: 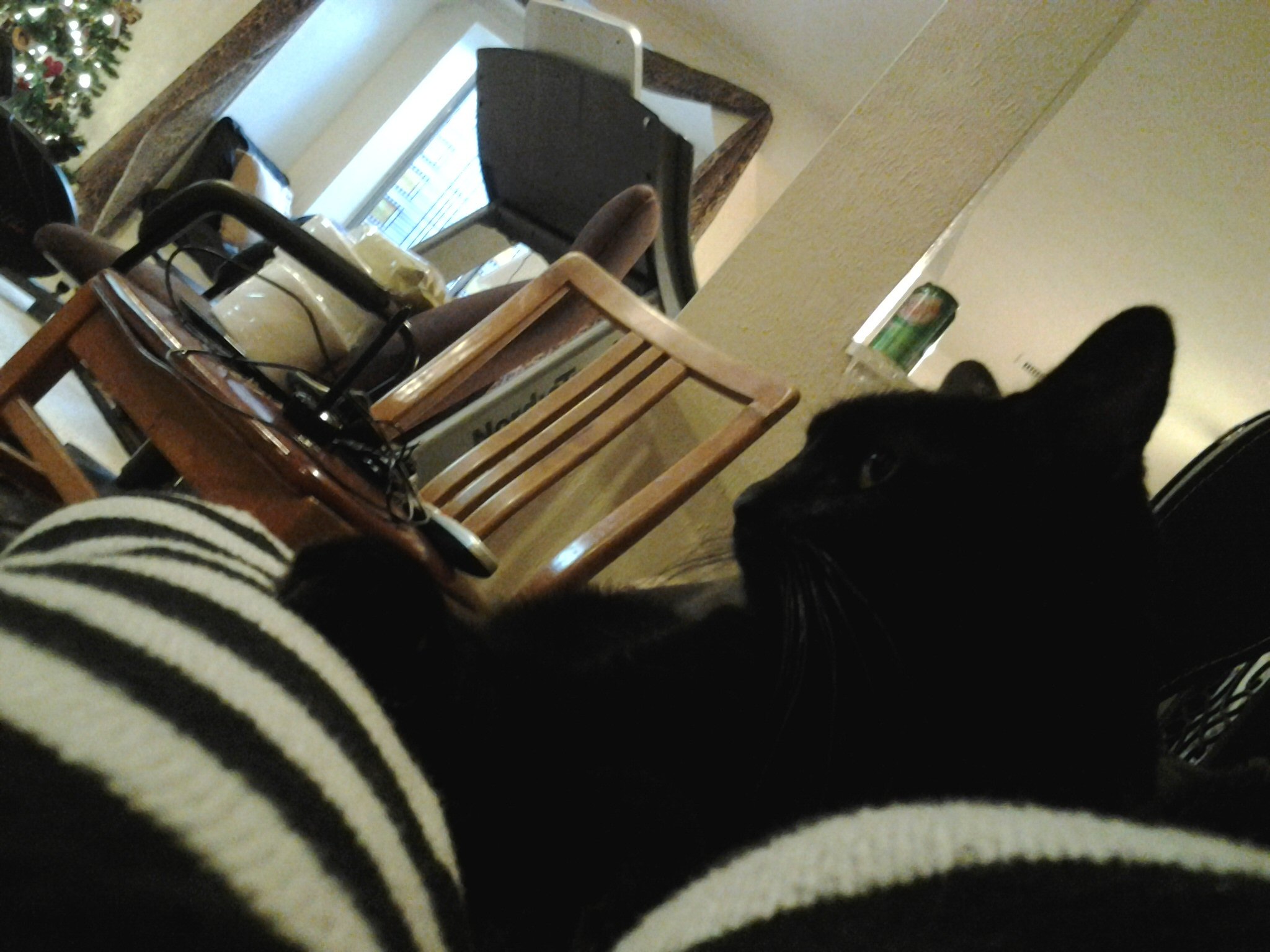