A photodump of mostly deers

I’ll clear out all these old photos yet, I swear to Poe. All of these are from 2013.

So if you’ve never played Telestrations (under that brand name or generically doesn’t matter), you’ve never lived. Simply the best party game that exists. And sometimes I have to document instances of it from my family, such as this one drawn by my brother: 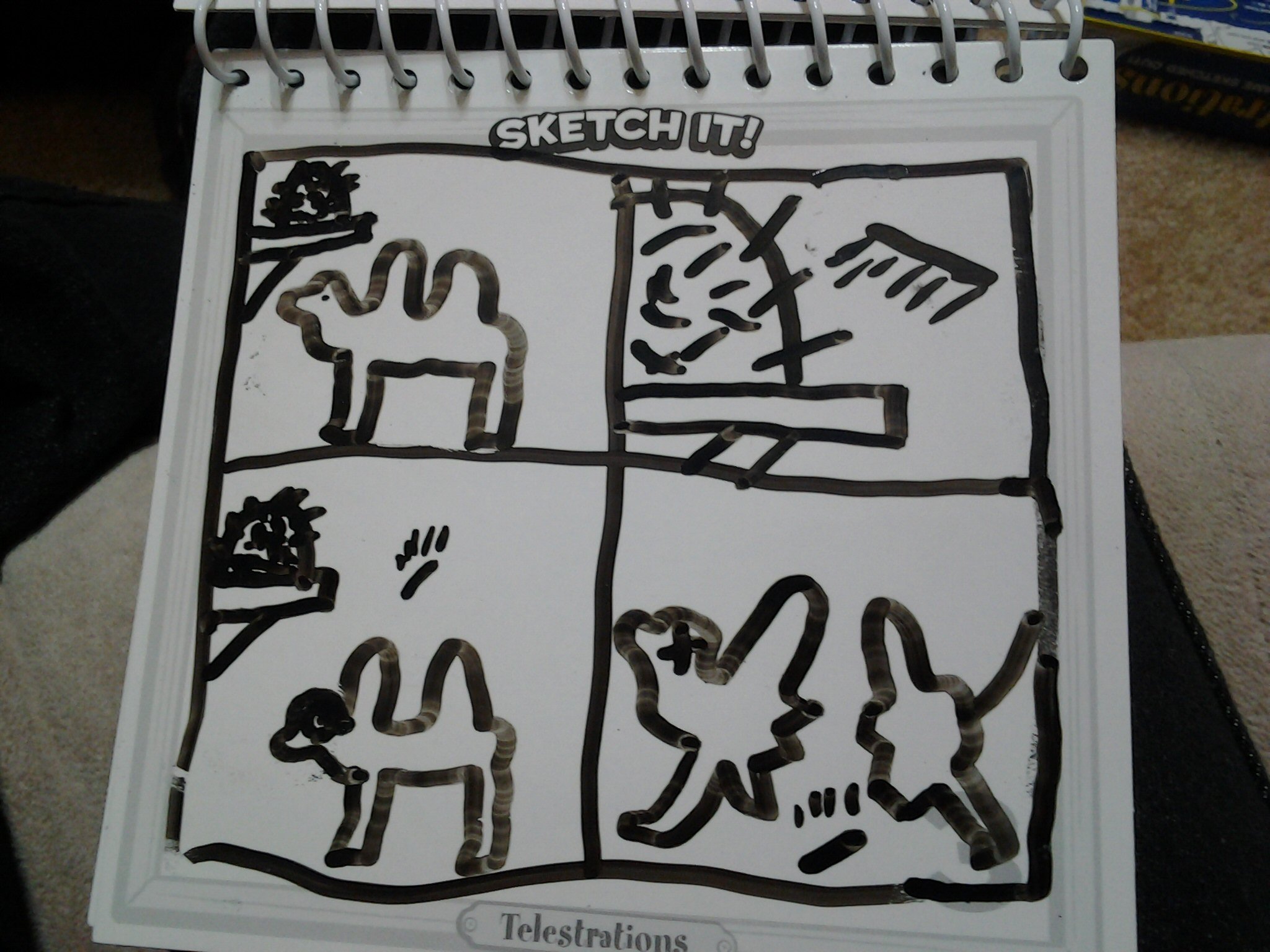 It’s the most enthusiastic straw ever to break a camel’s entirety.

My brother and I saw Sting at Red Rocks, and when I found these two pictures from the concert (uninteresting as they both are), I looked for an entry about the event and was a little surprised to find none. Good thing I’ve got AEL’s now! 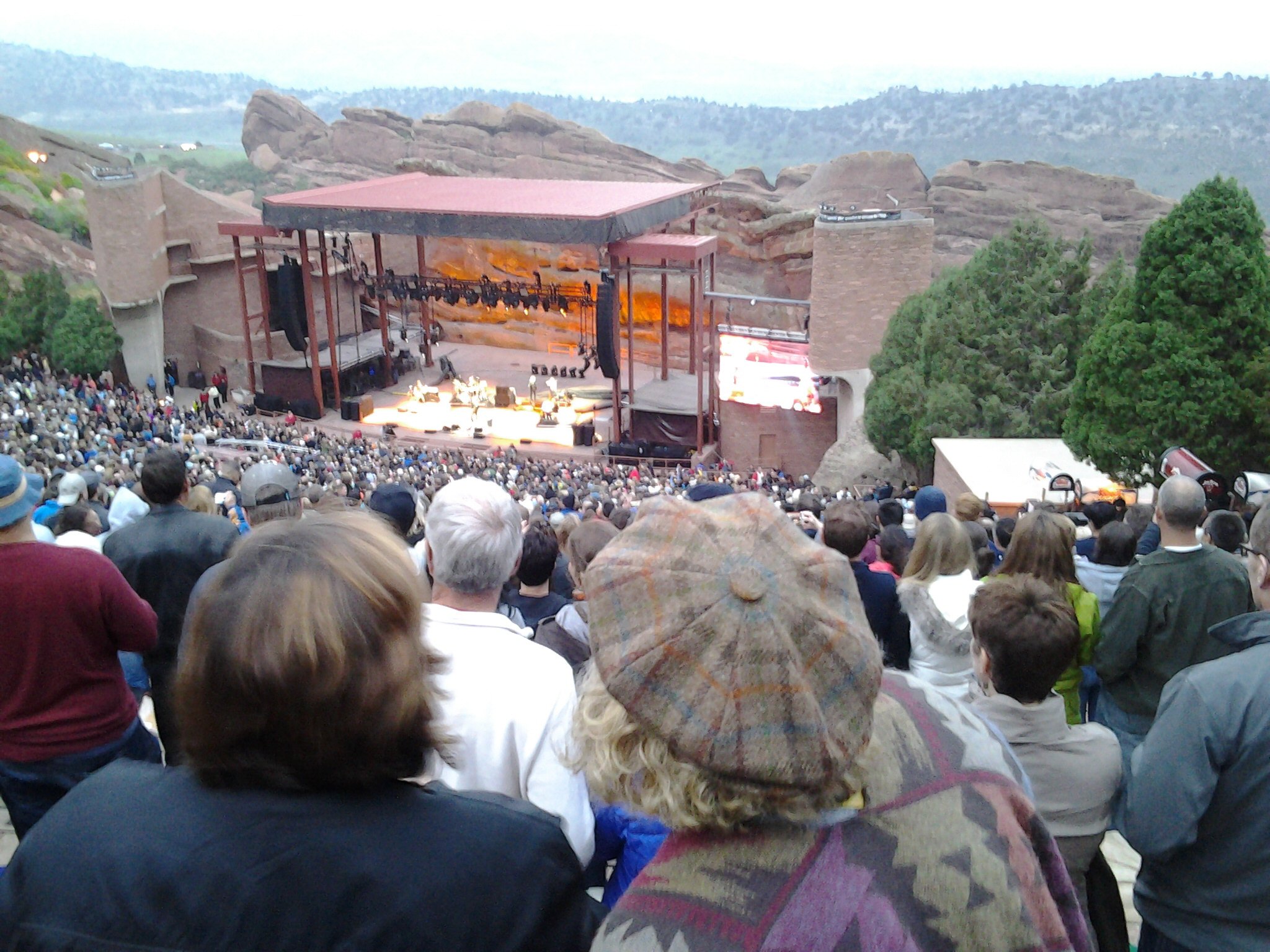 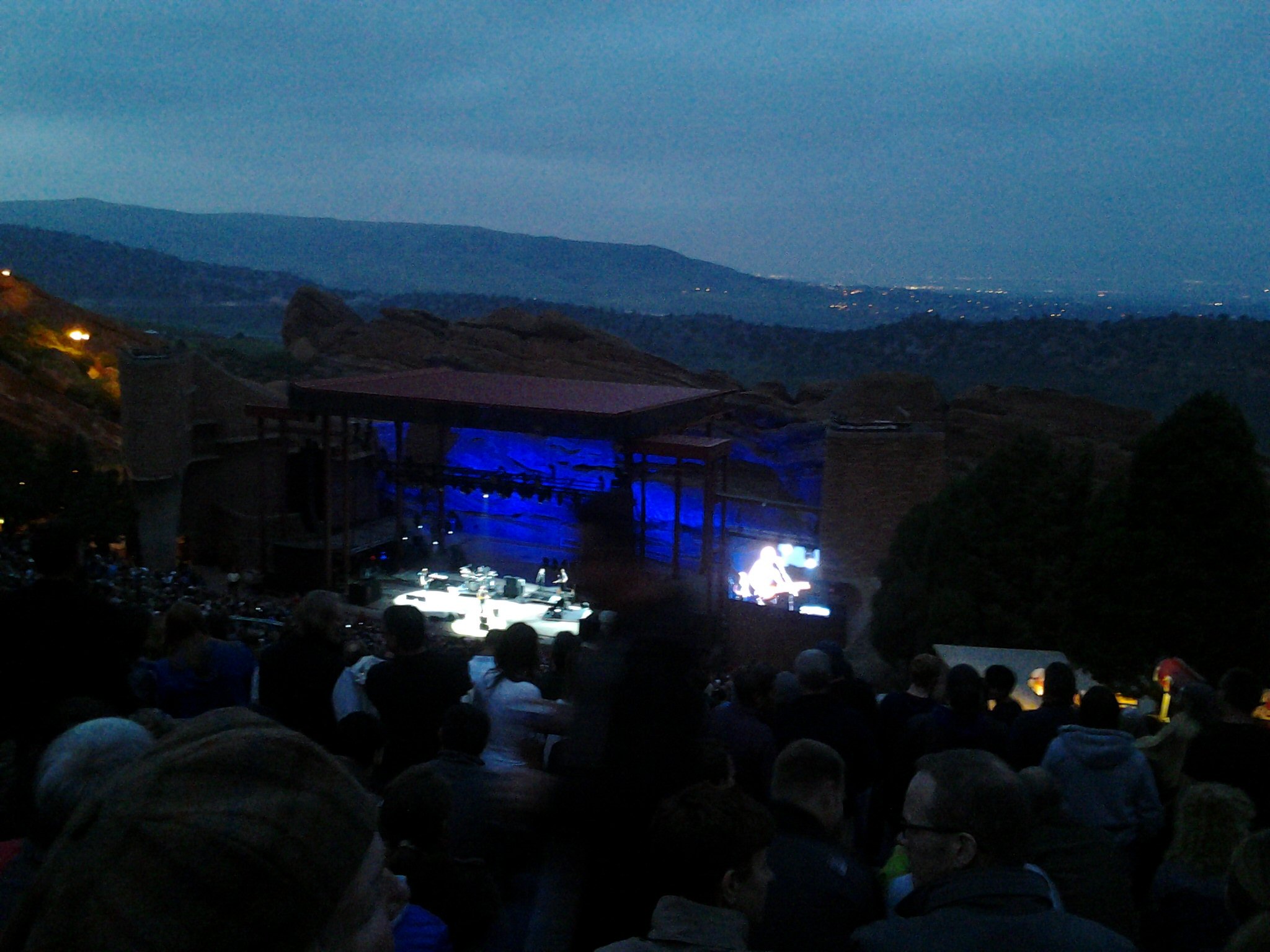 One time, brother had Waybee in his messenger bag: 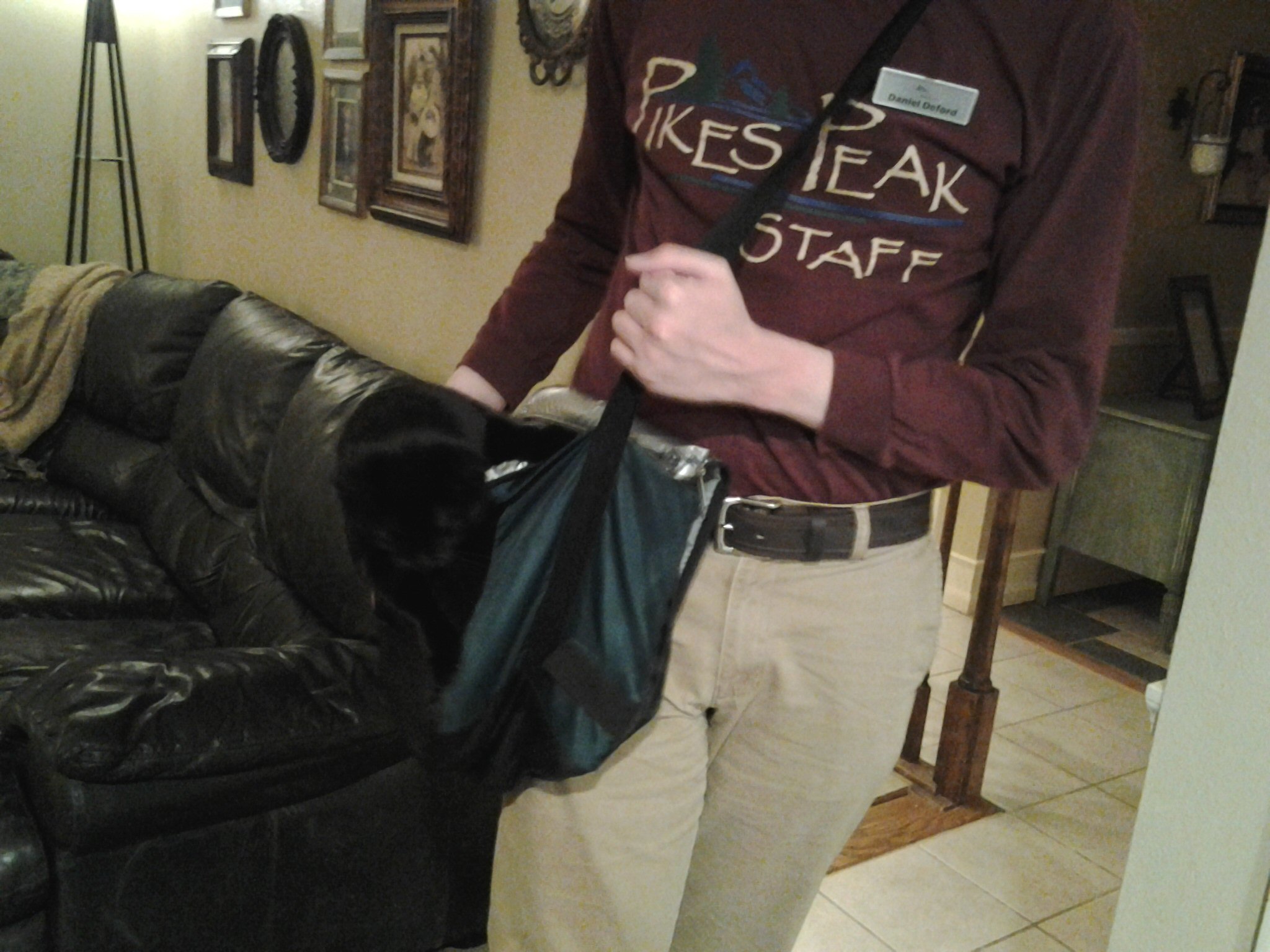 One time, at EA, I found a perfect butt strawberry: 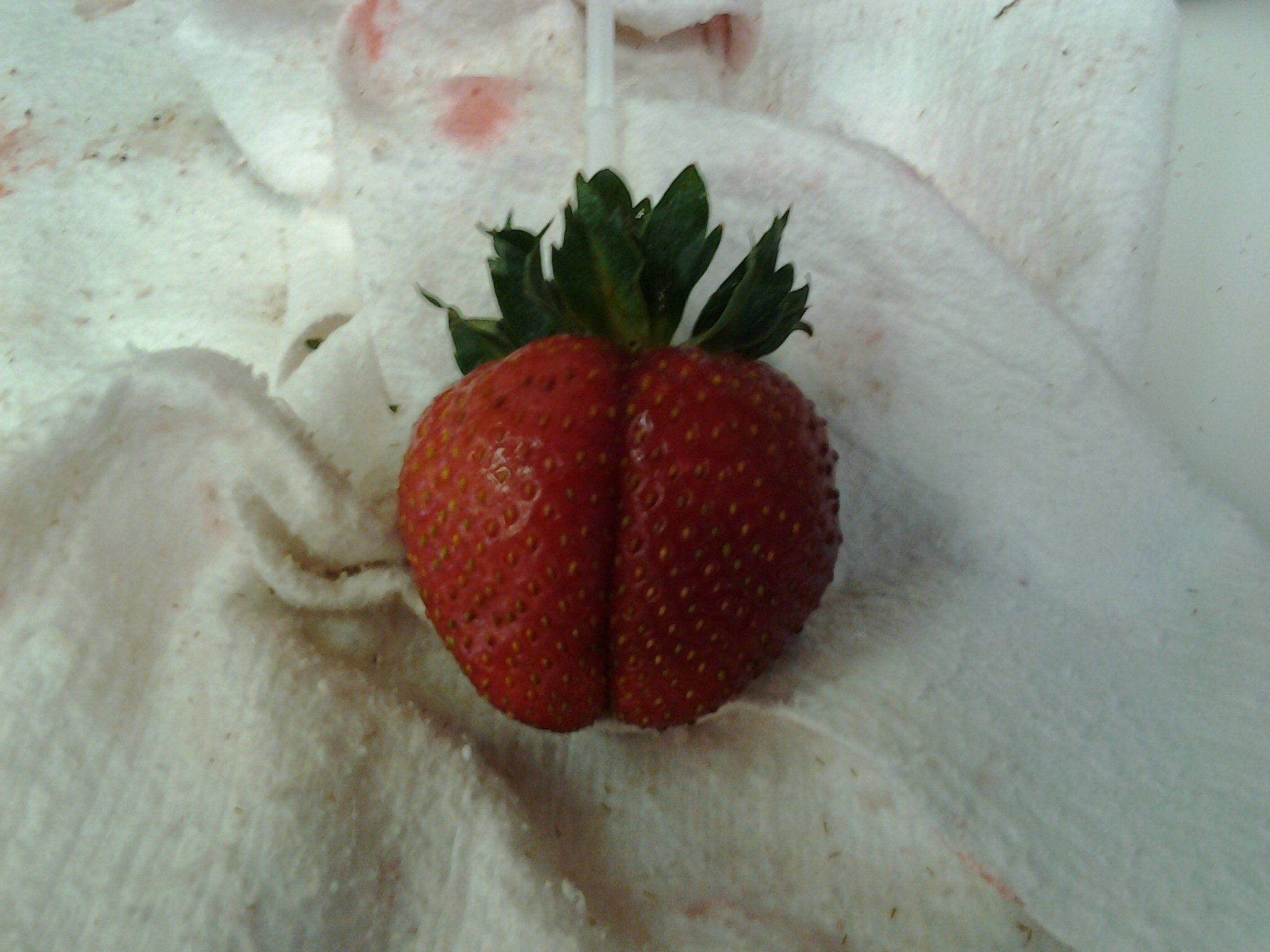 Here’s another thing brother drew for Telestrations. I have literally no idea what it’s supposed to be. 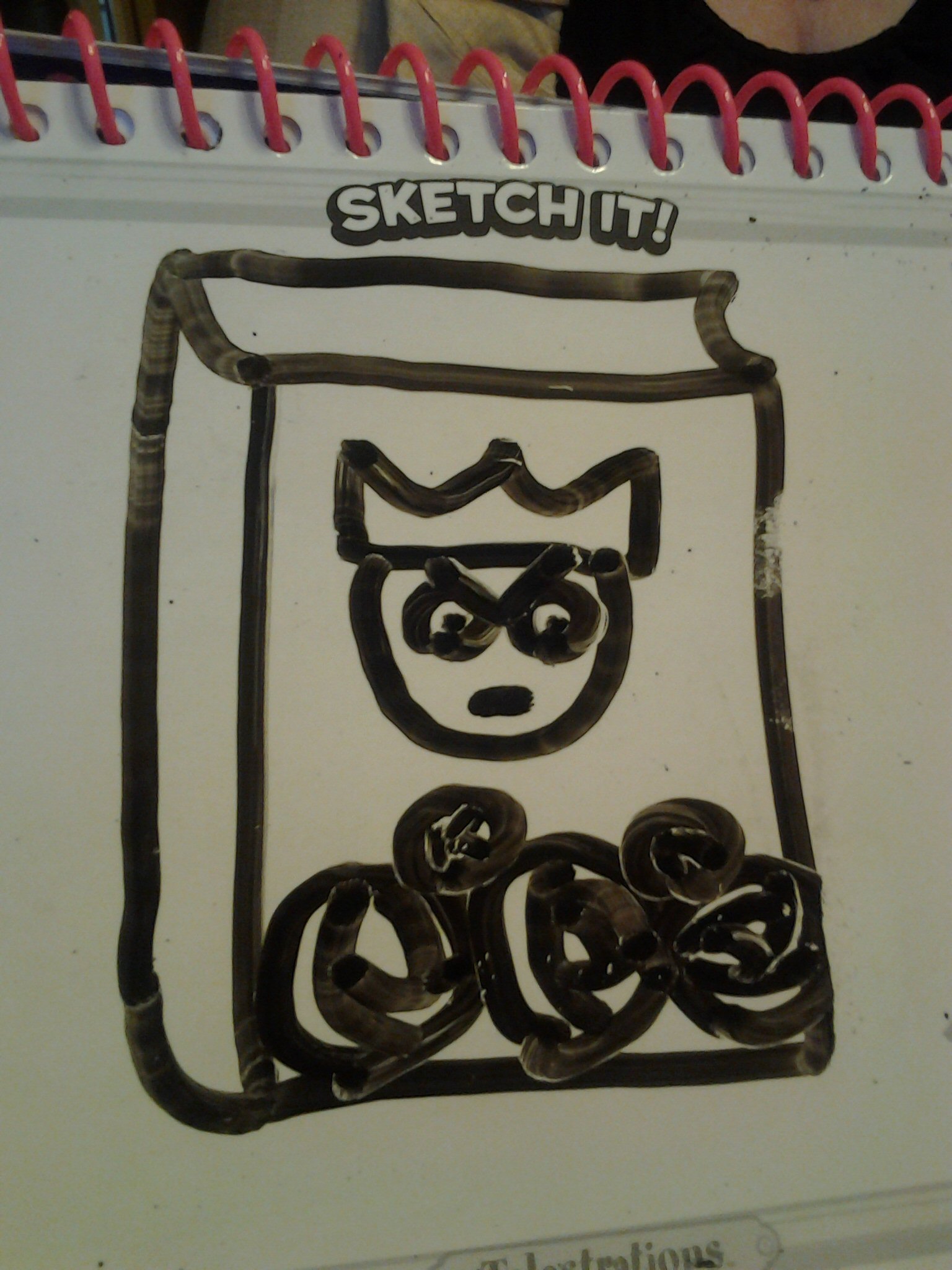 Like most managers I’ve had, Lauren at EA was (presumably still is) a fucking idiot. And every once in a while, thankfully, one gets to laugh at idiots instead of just getting a headache. This sign she put up was so so funny. It would have been funny even if she’d meant it to be funny, but as it was… 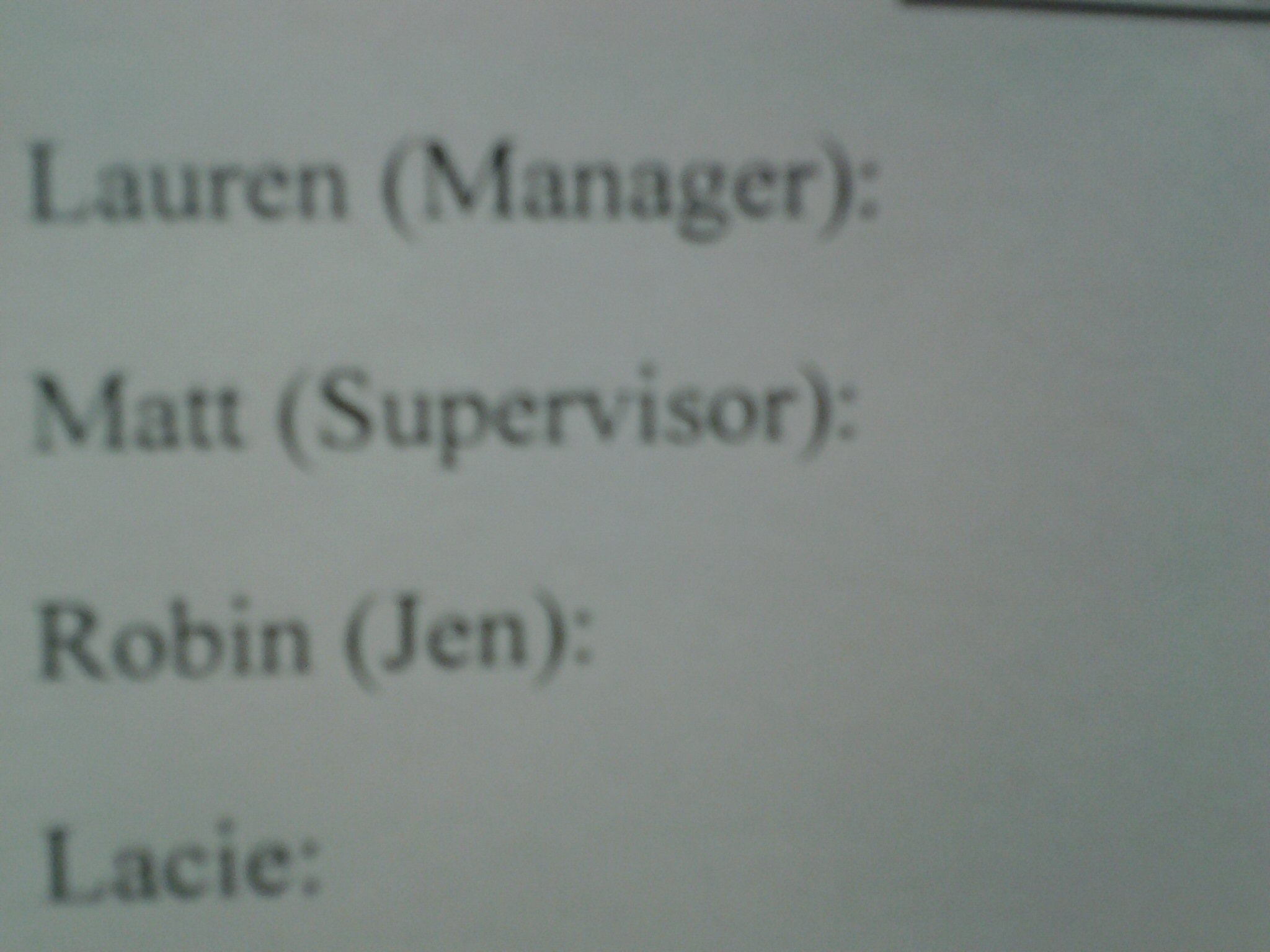 (Robin is my middle name; Jennifer is my first name — and was, apparently, my position at EA at that time.)

OK, get ready for deers. Deer moms (actually it may have been only one deer mom over and over) always liked to have their babies in our yard and our neighbor’s hard. That summer, dad had torn down the four-foot fence and was getting ready to put up a six-foot fence, so the deers were freer than ever to move between the two yards. 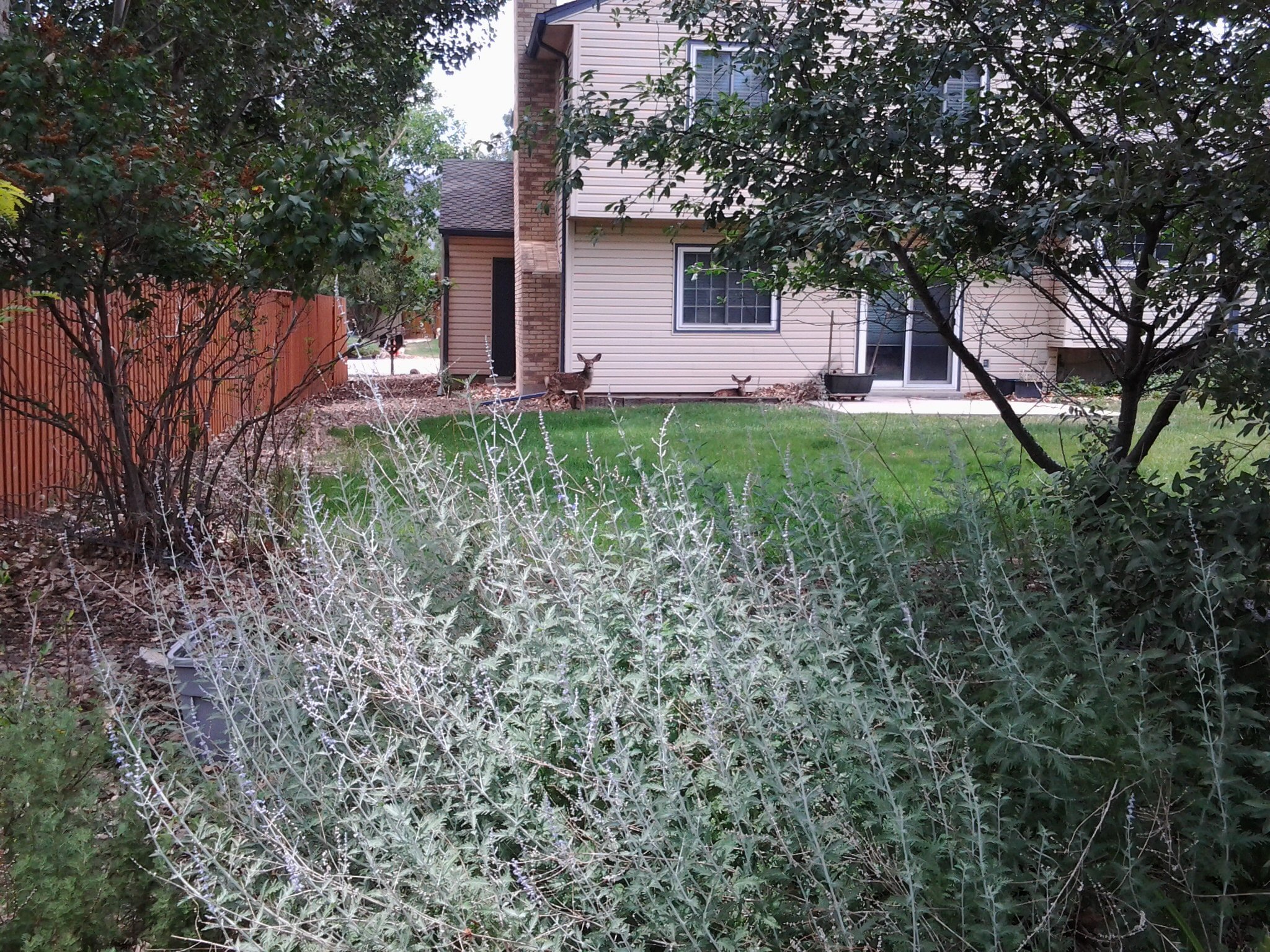 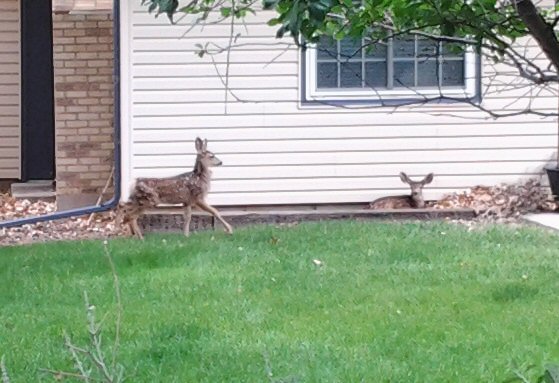 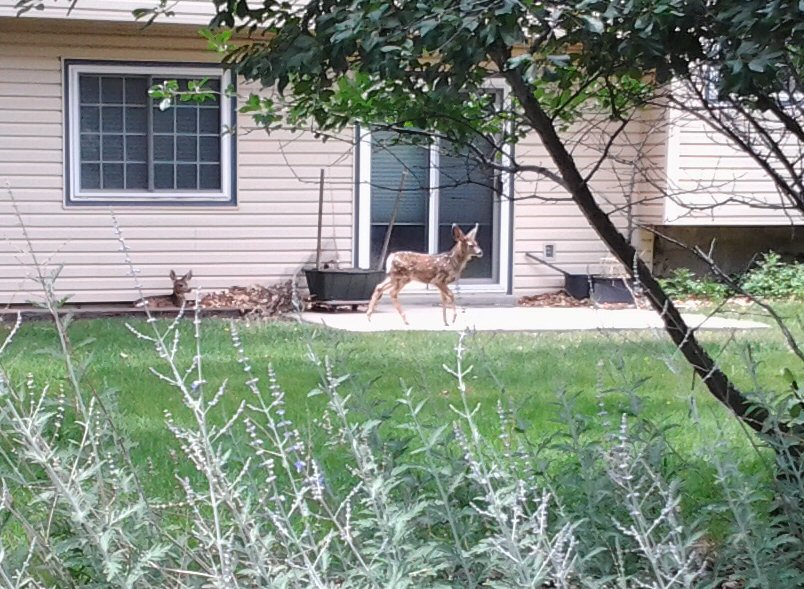 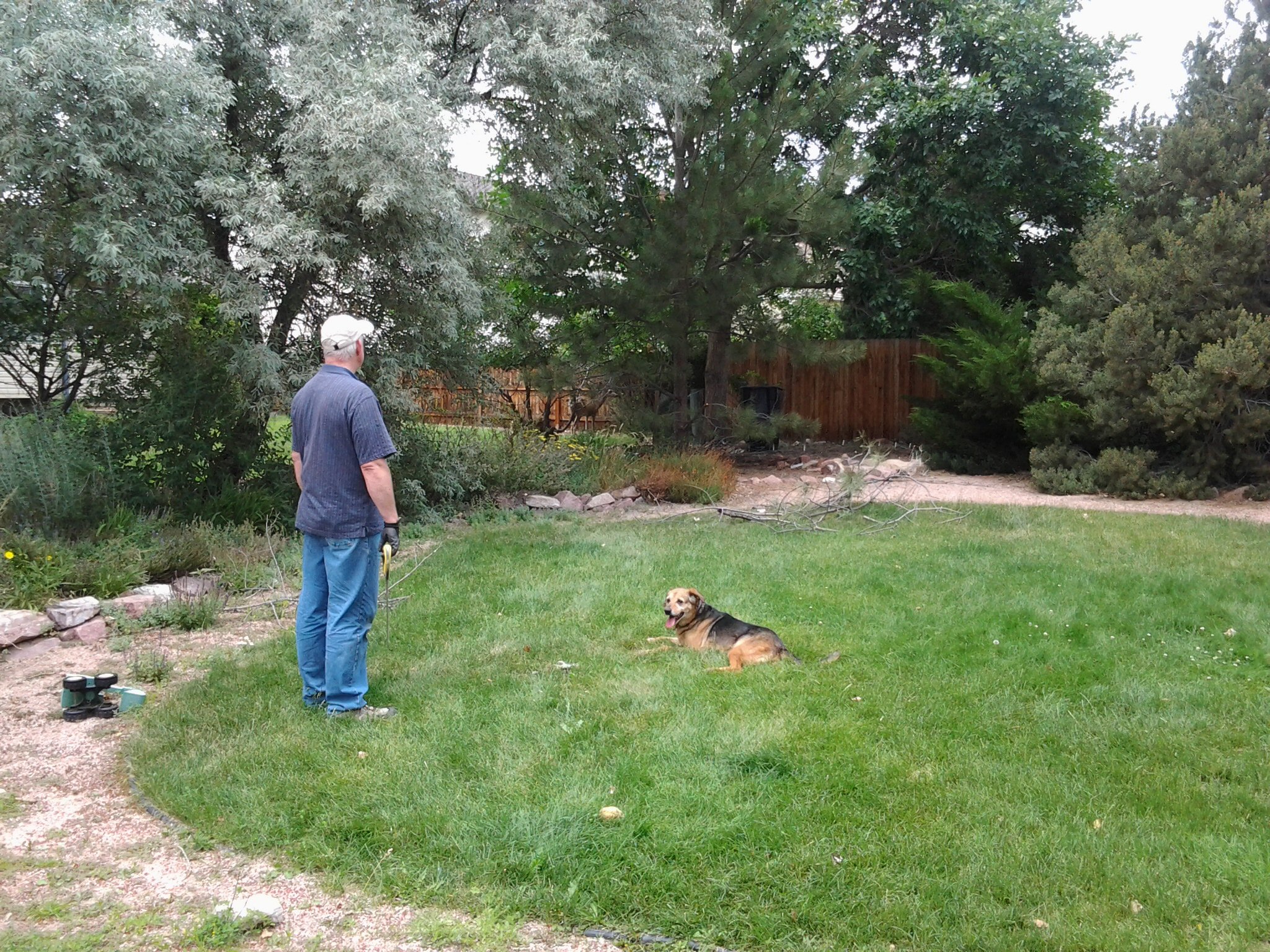 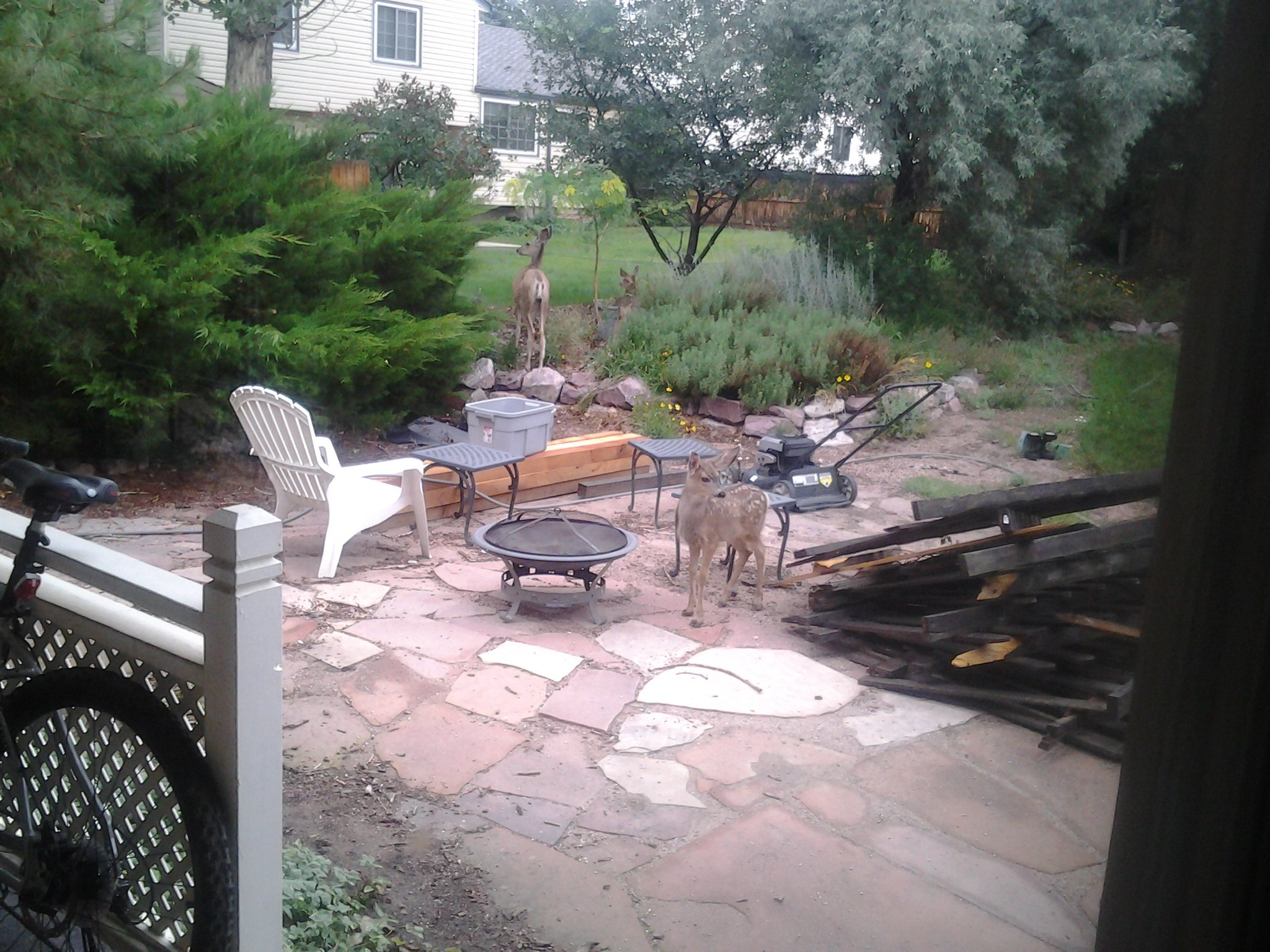 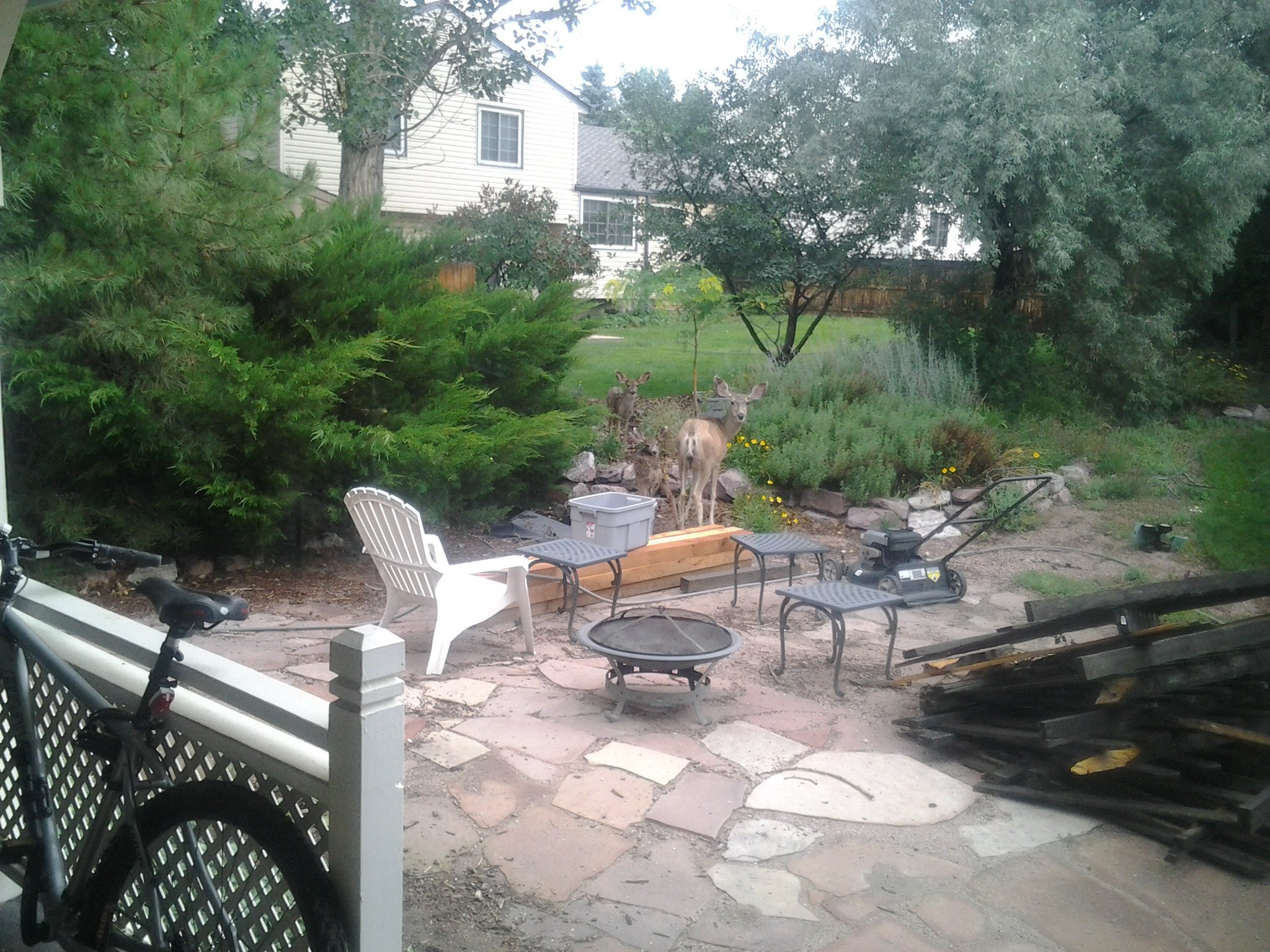 Yeah, don’t worry, there’s more of that in a bit. Meanwhile, here’s Waybee resting on my grey scrubs: 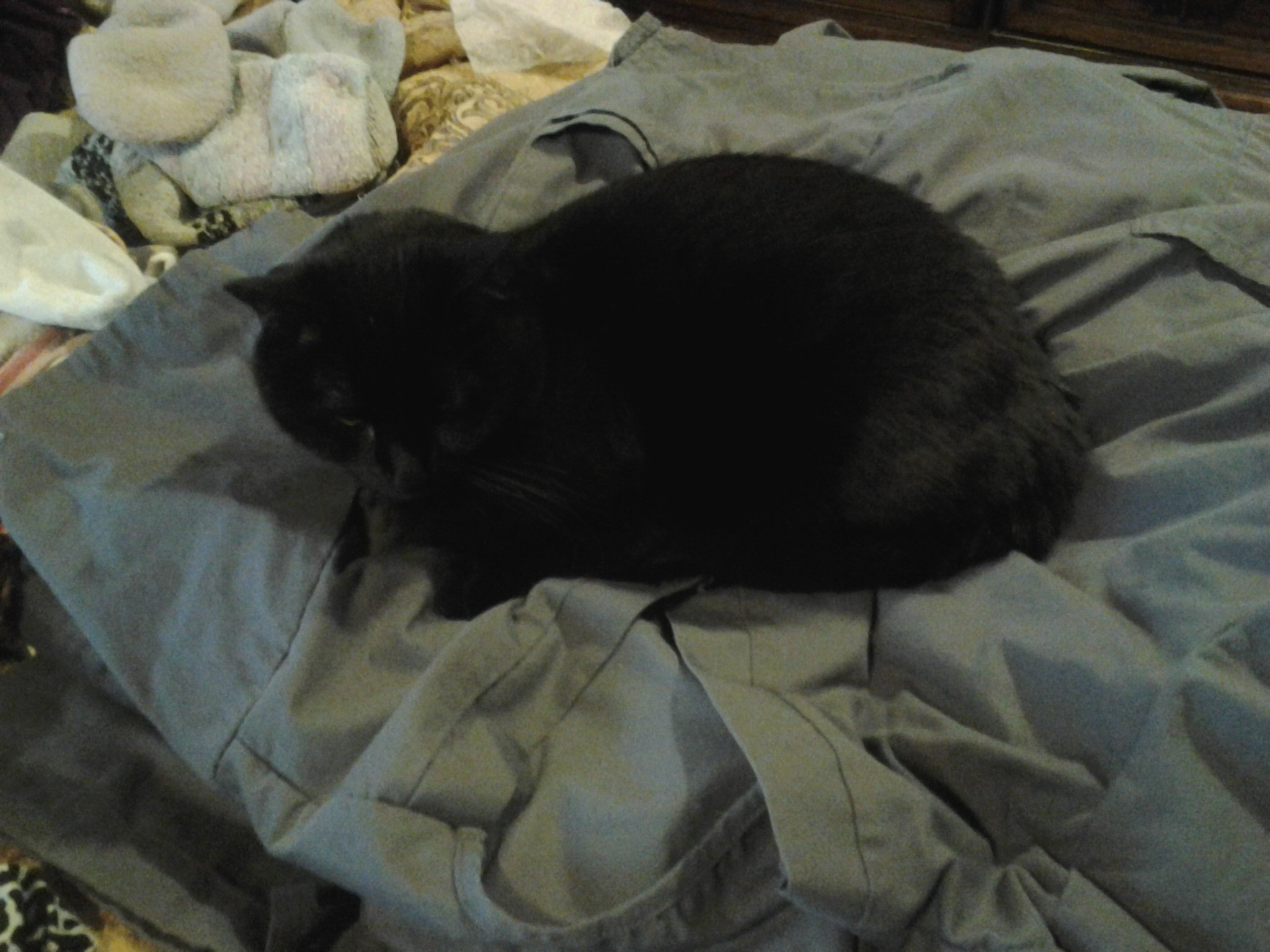 Then there’s this display ostensibly advertising/selling socks. I’m trying to figure out what isn’t wrong with it. 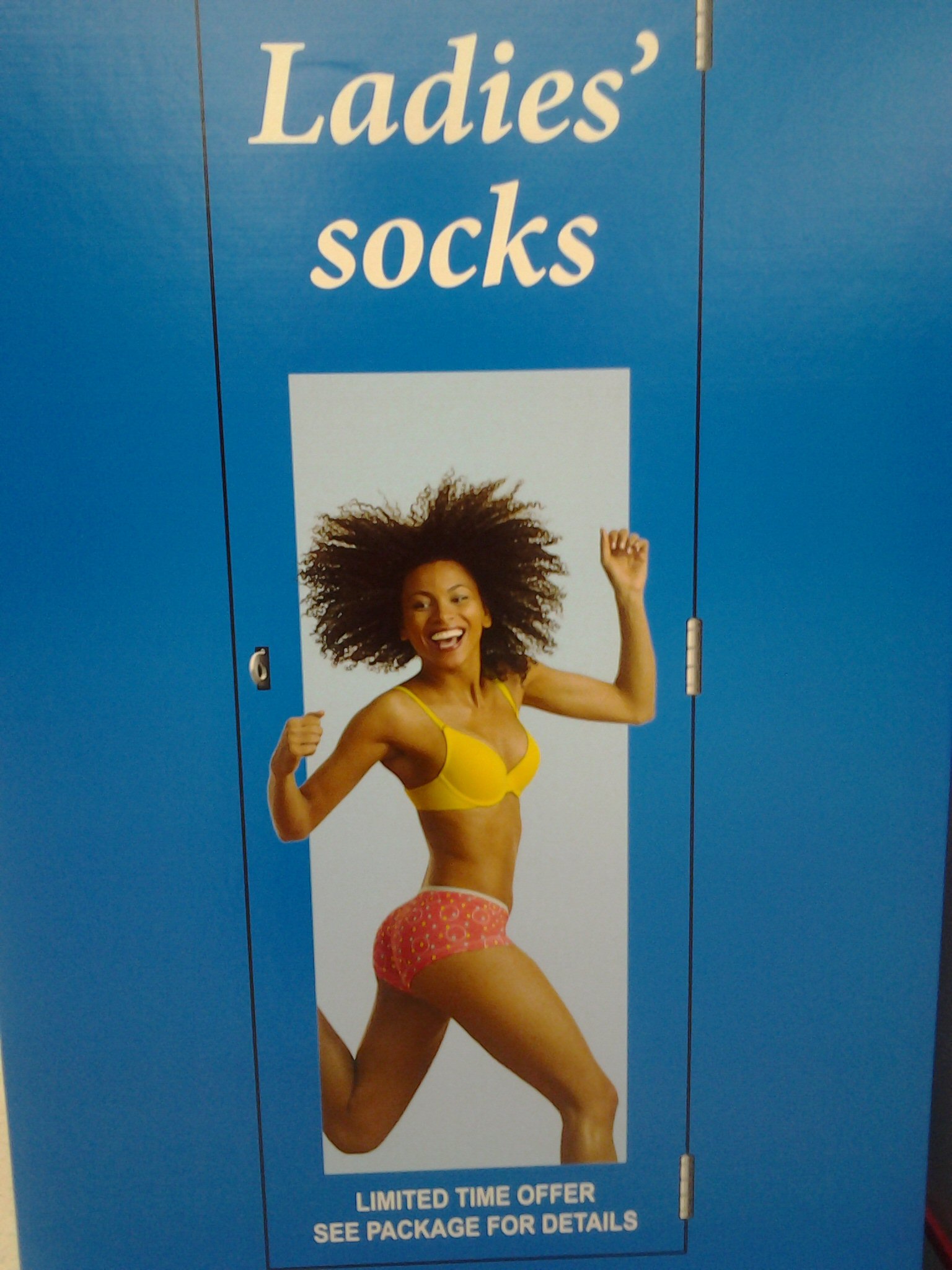 Oops, time for deers again. Told you they’d be back. 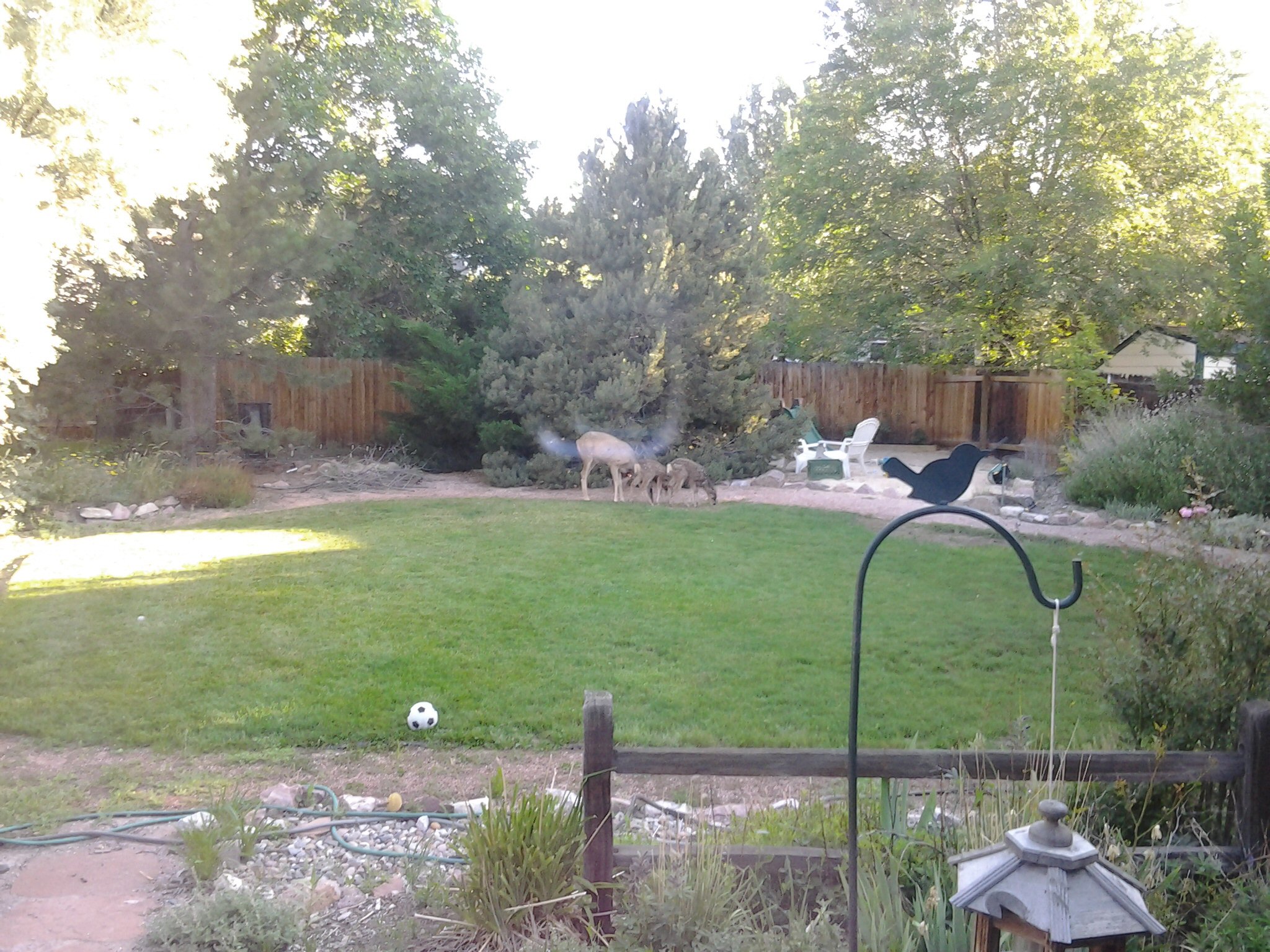 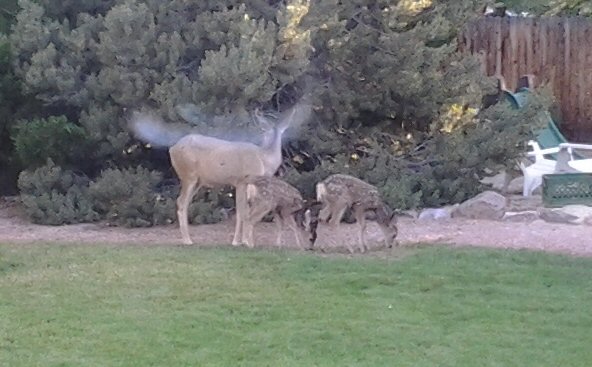 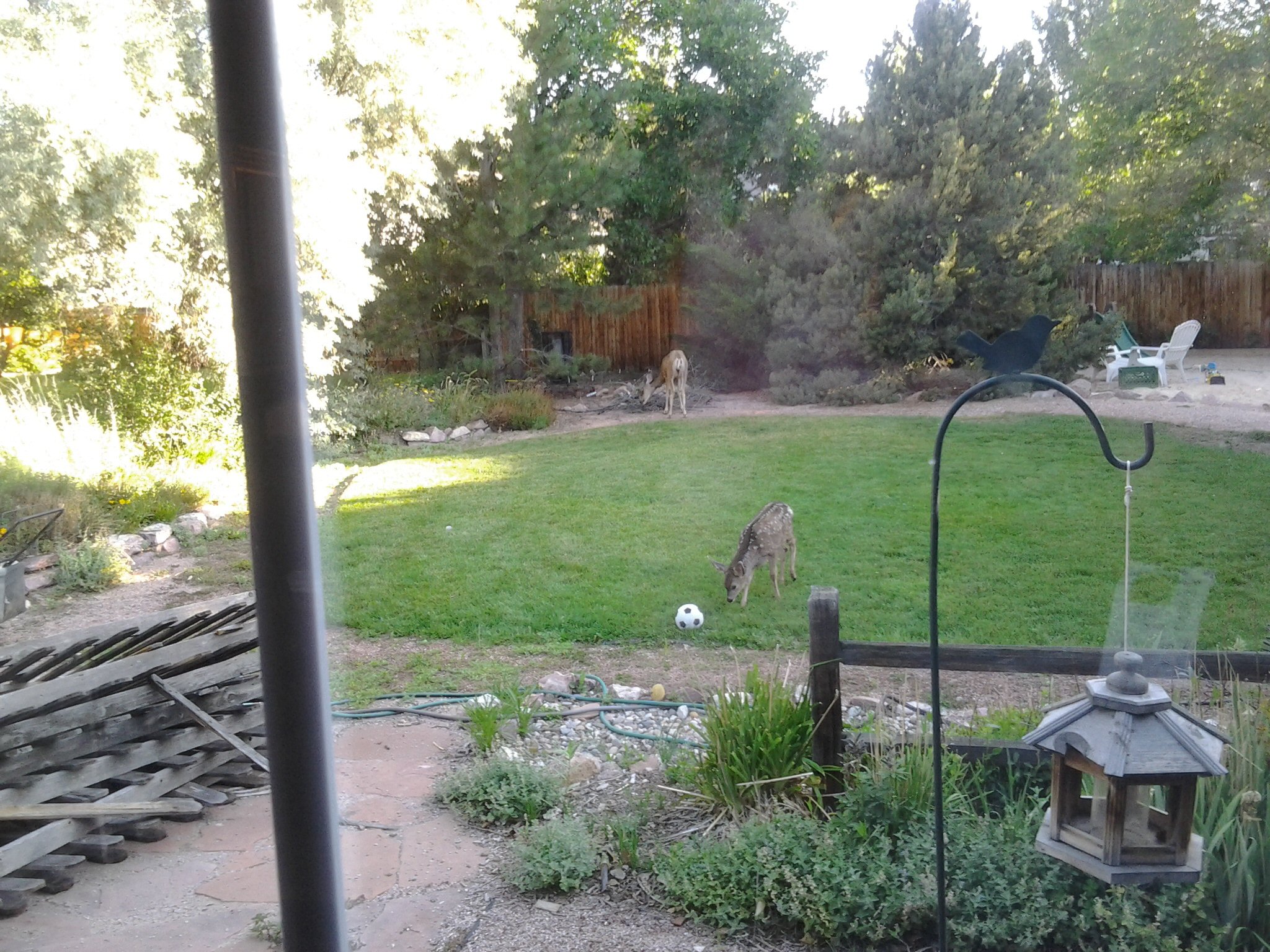 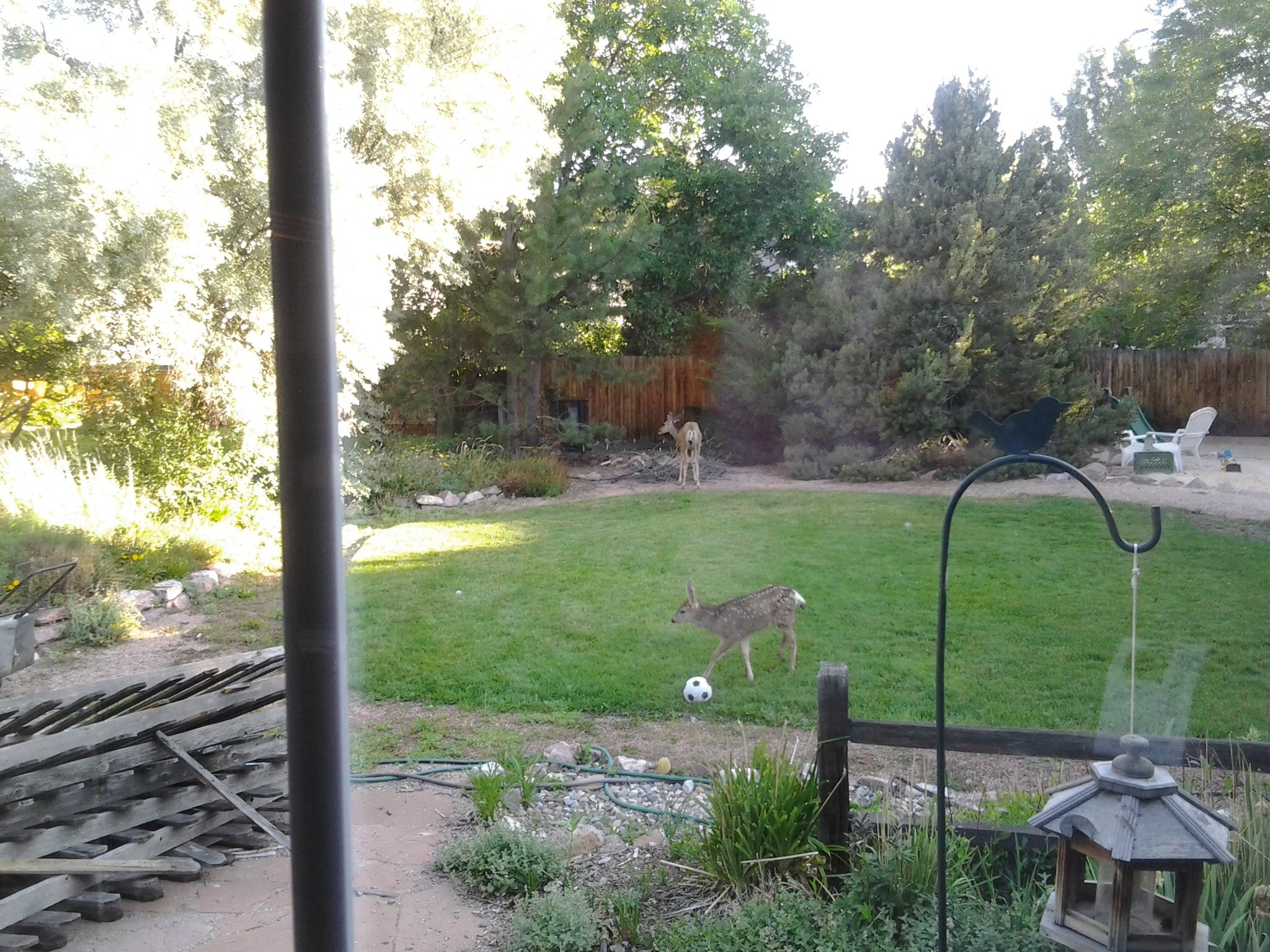 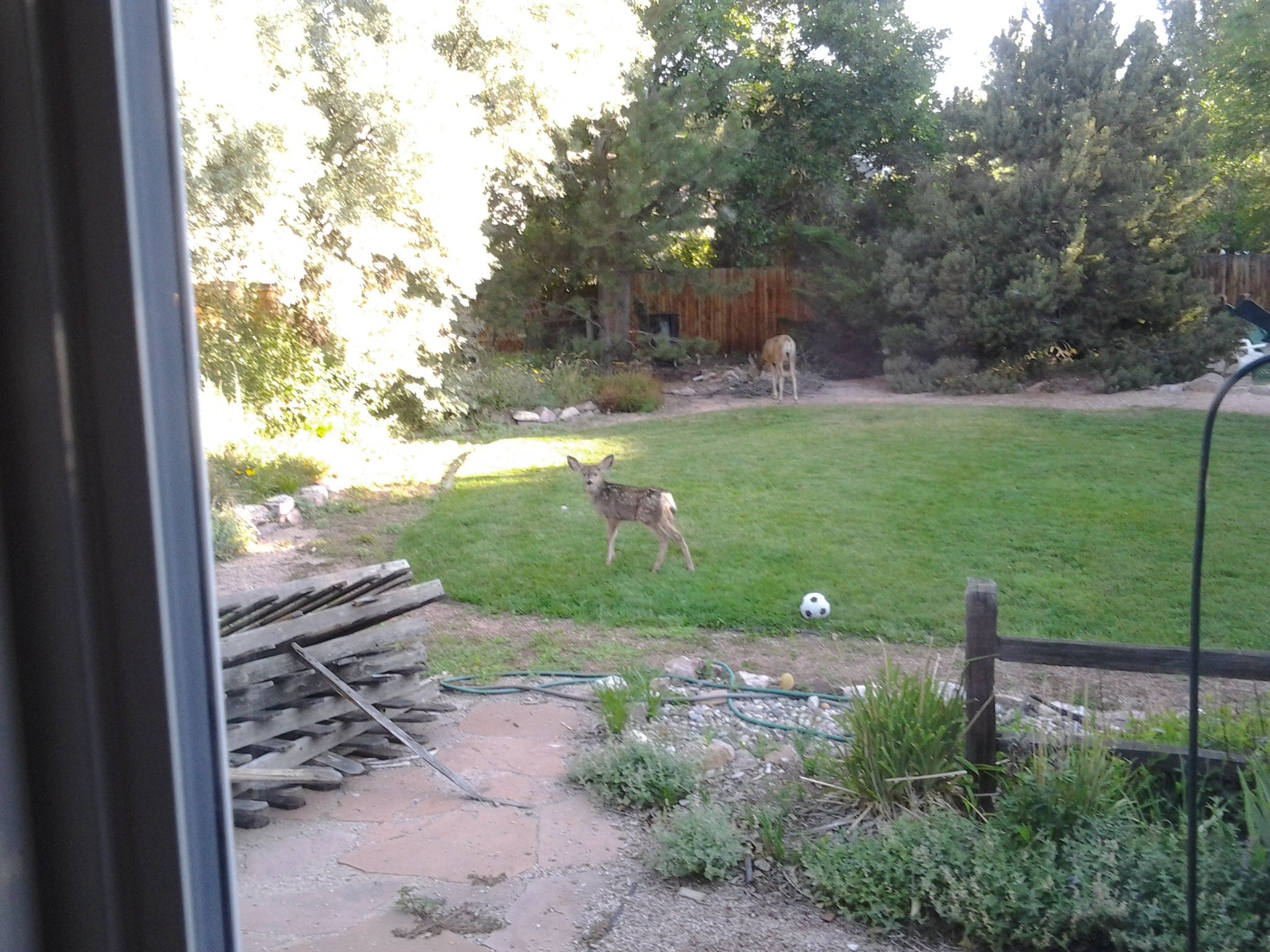 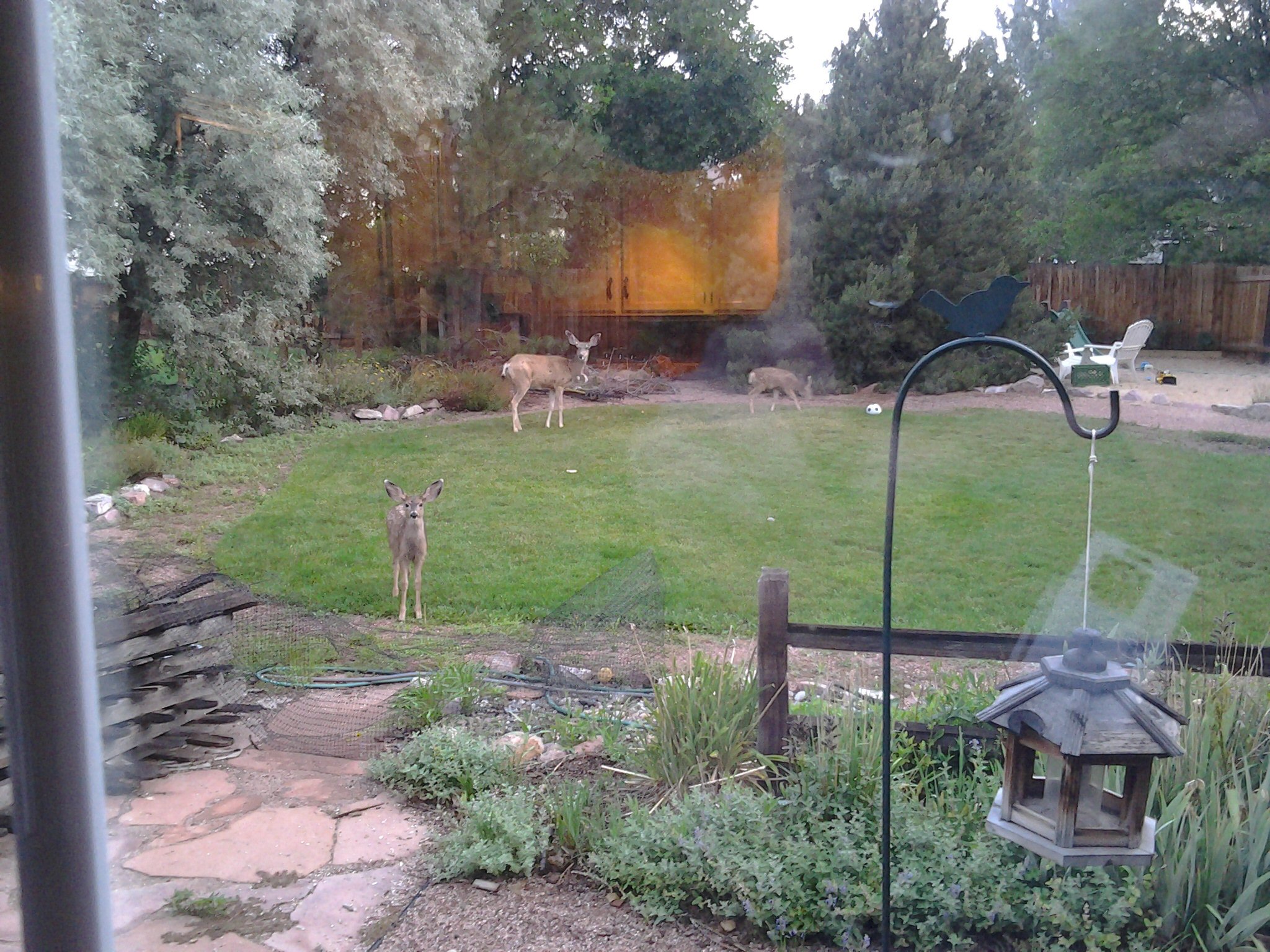 This one time I had to take a picture of the cereal I was eating because it was so cute: 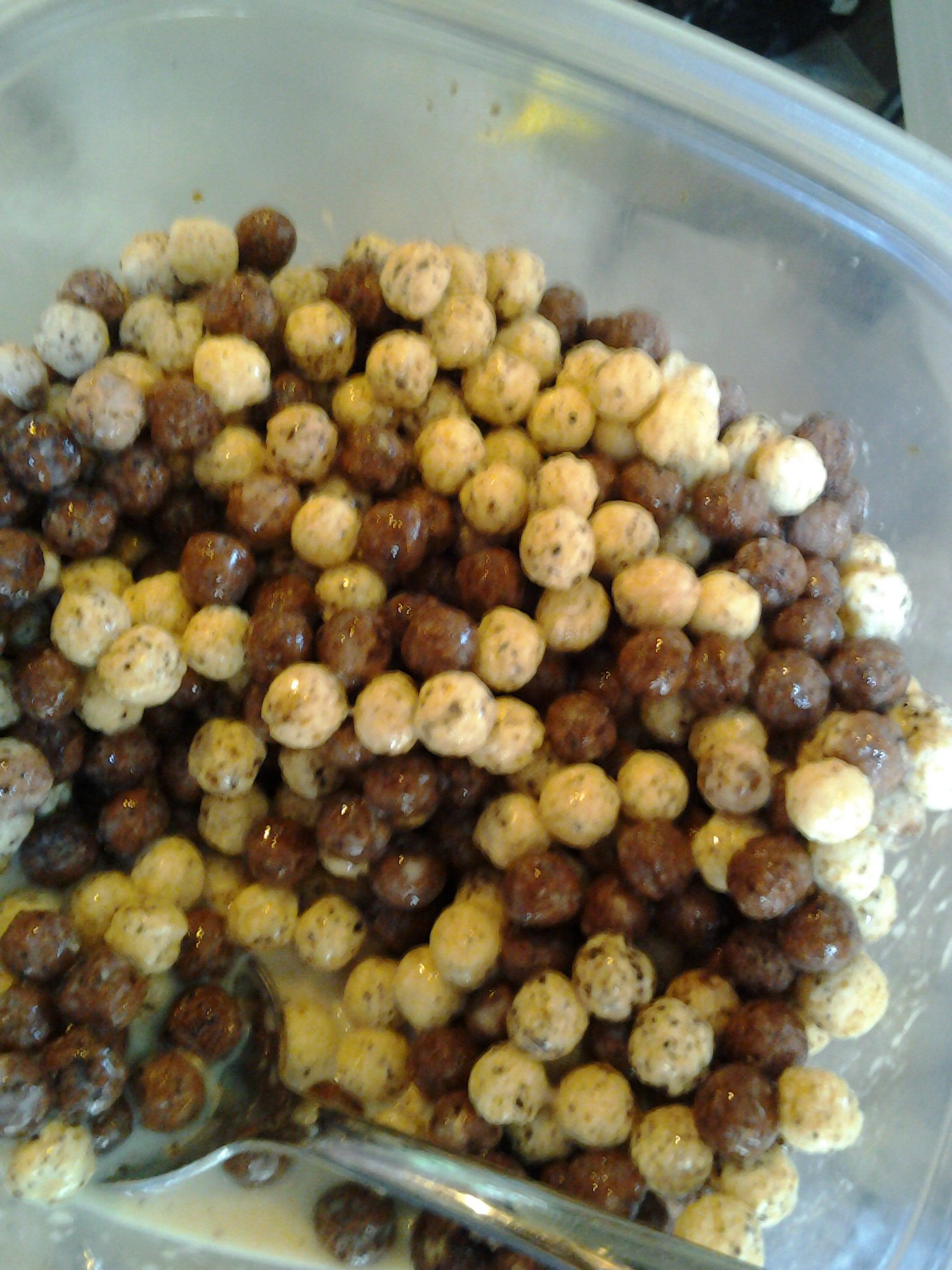 Sadly, I’ve pretty well given up on cereal, because so much of it is corn-based. Sigh.

Here is a big ol’ praying mantis at the back door of EA:

And inside EA (undoubtedly what mantis was going in for), one could cut fun shapes into pineapple: 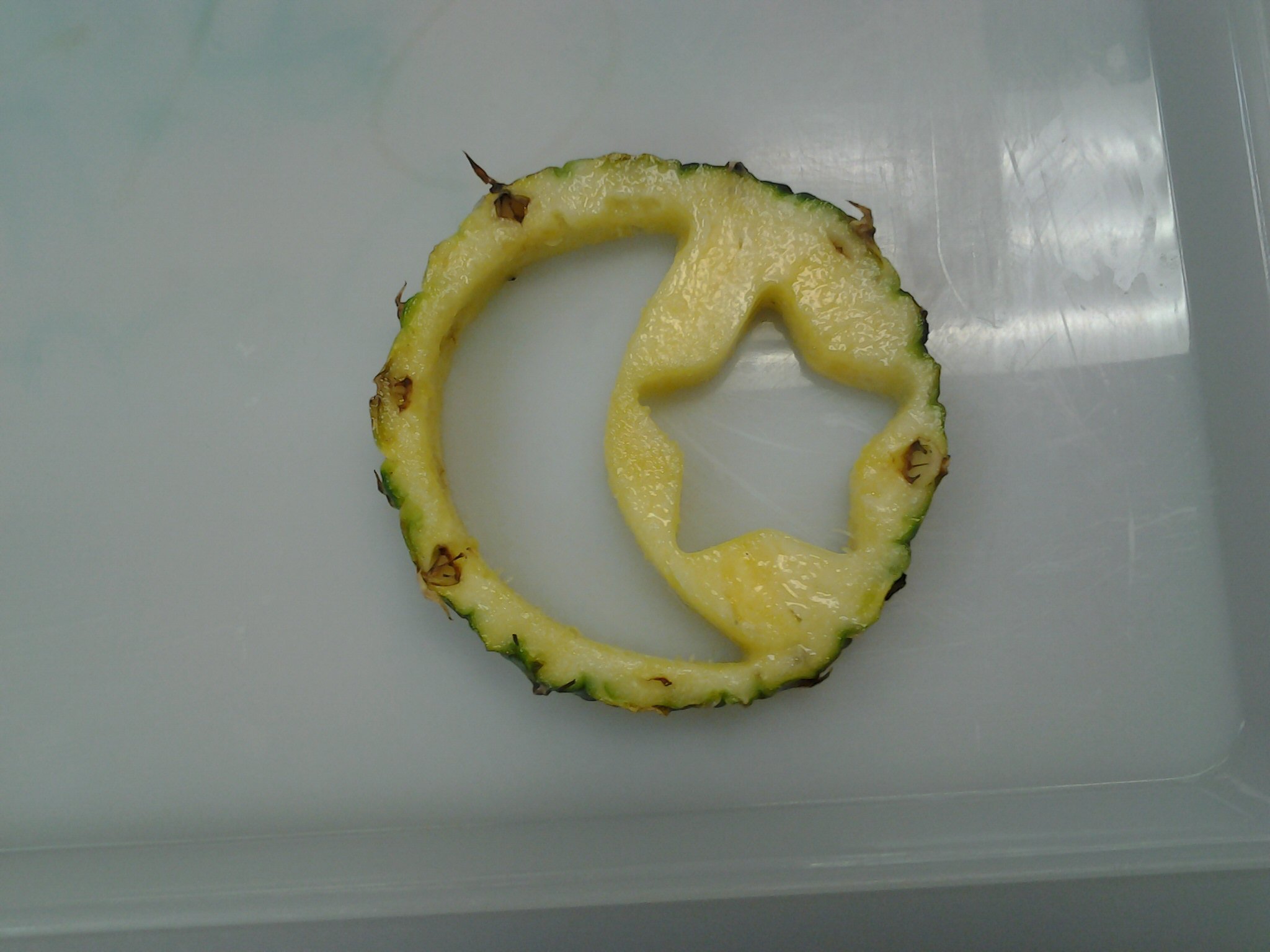 And last of all (for today), a Waybee on my lap: 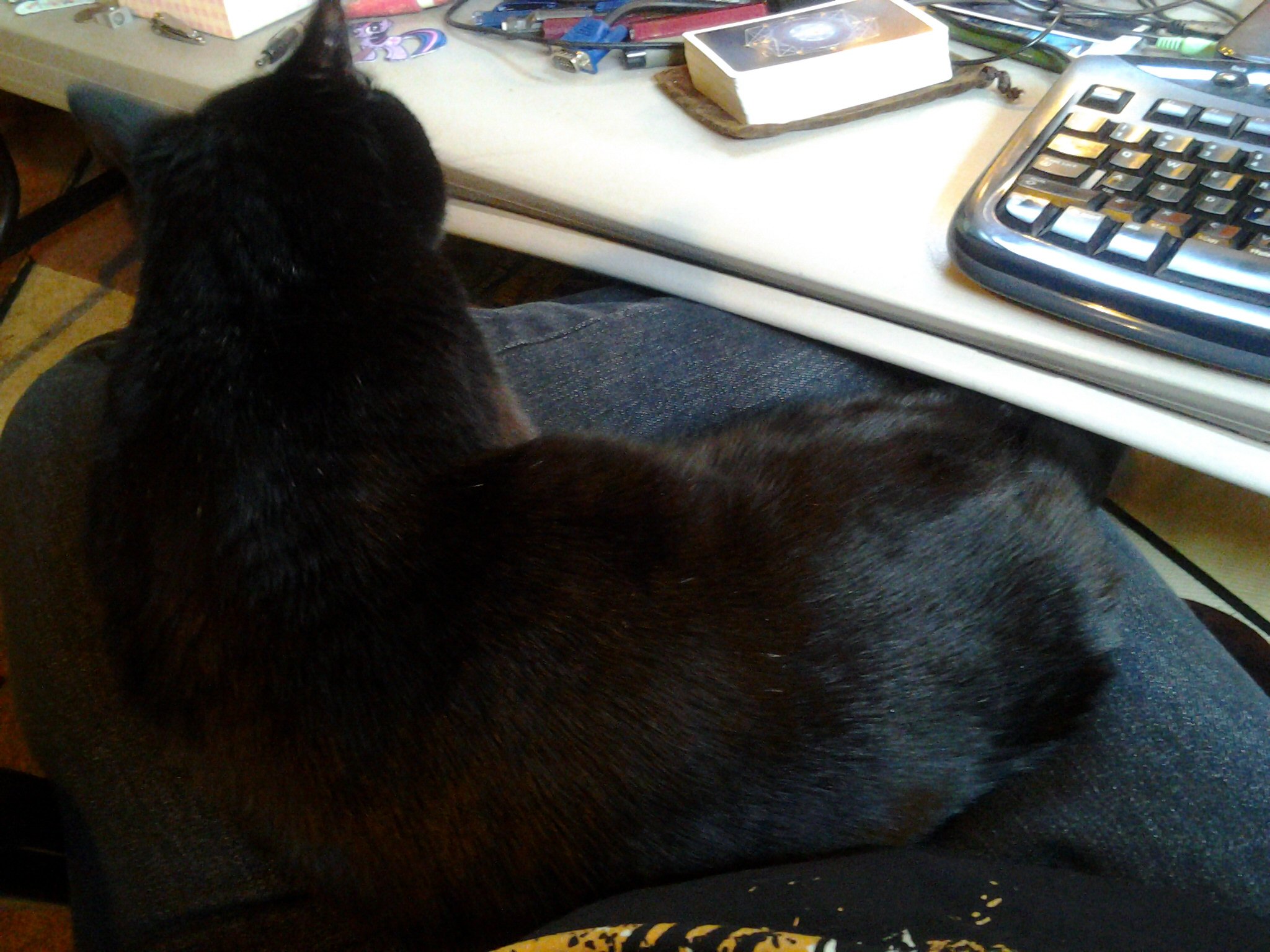 Join us next time for… I dunno what. More deer, probably.