So this is like a photodump, only with recent photos instead of ones from a million years ago. I really have to try to get on top of all these pictures I take. 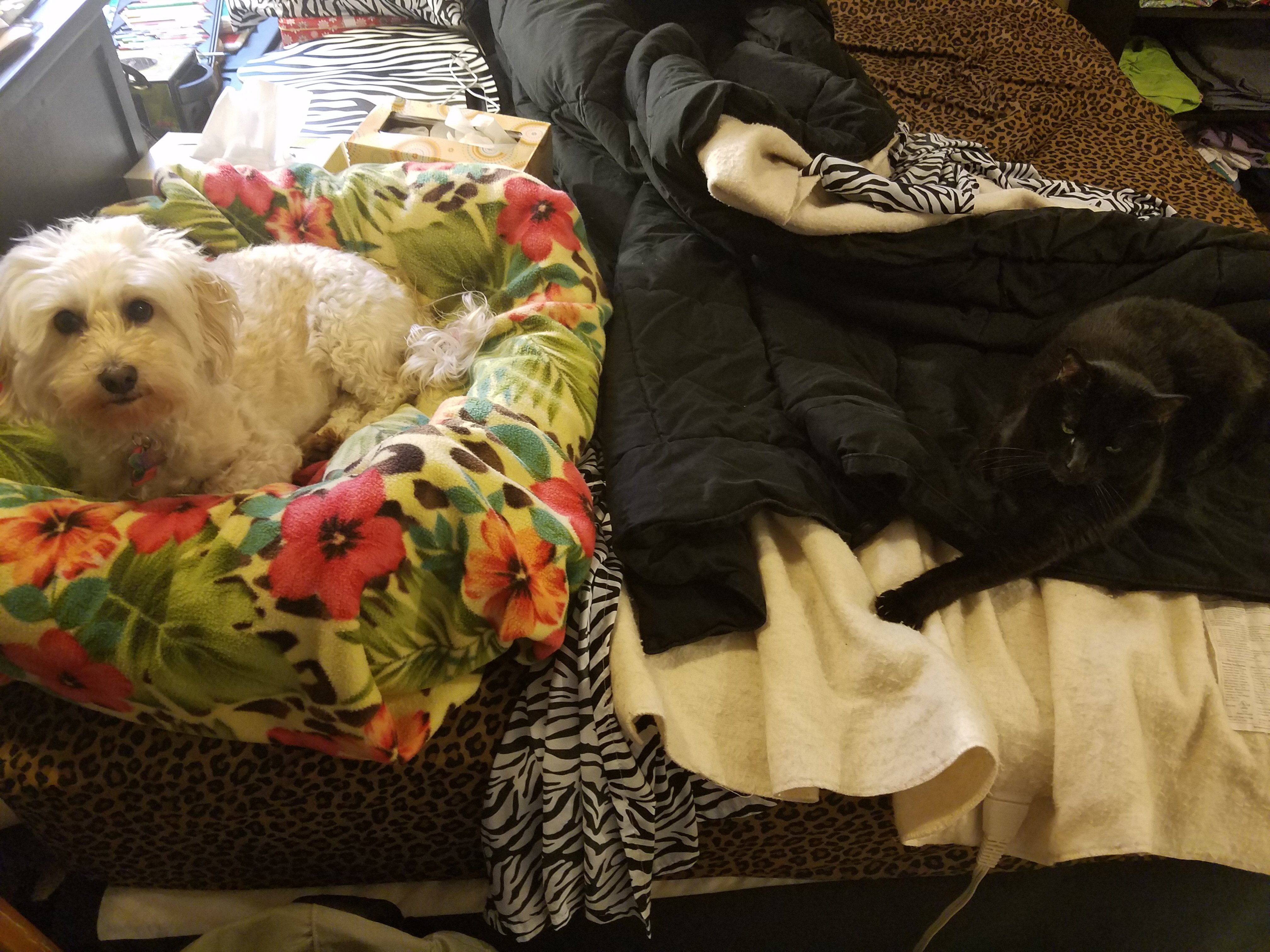 Waybee was sitting on the corner of the bed, and Beeks wanted to get up to the little bed on the bed. Waybee usually isn’t very nice to Beeks, however, so he couldn’t get where he needed to go. His response to most perceived problems is to bark at them, so he sat at the foot of the bed and barked. Eventually I went to him, lifted him up and over Waybee, and put him into the little bed. Then he stood there for about two minutes staring at me like, “YOU CAN DO THAT??” 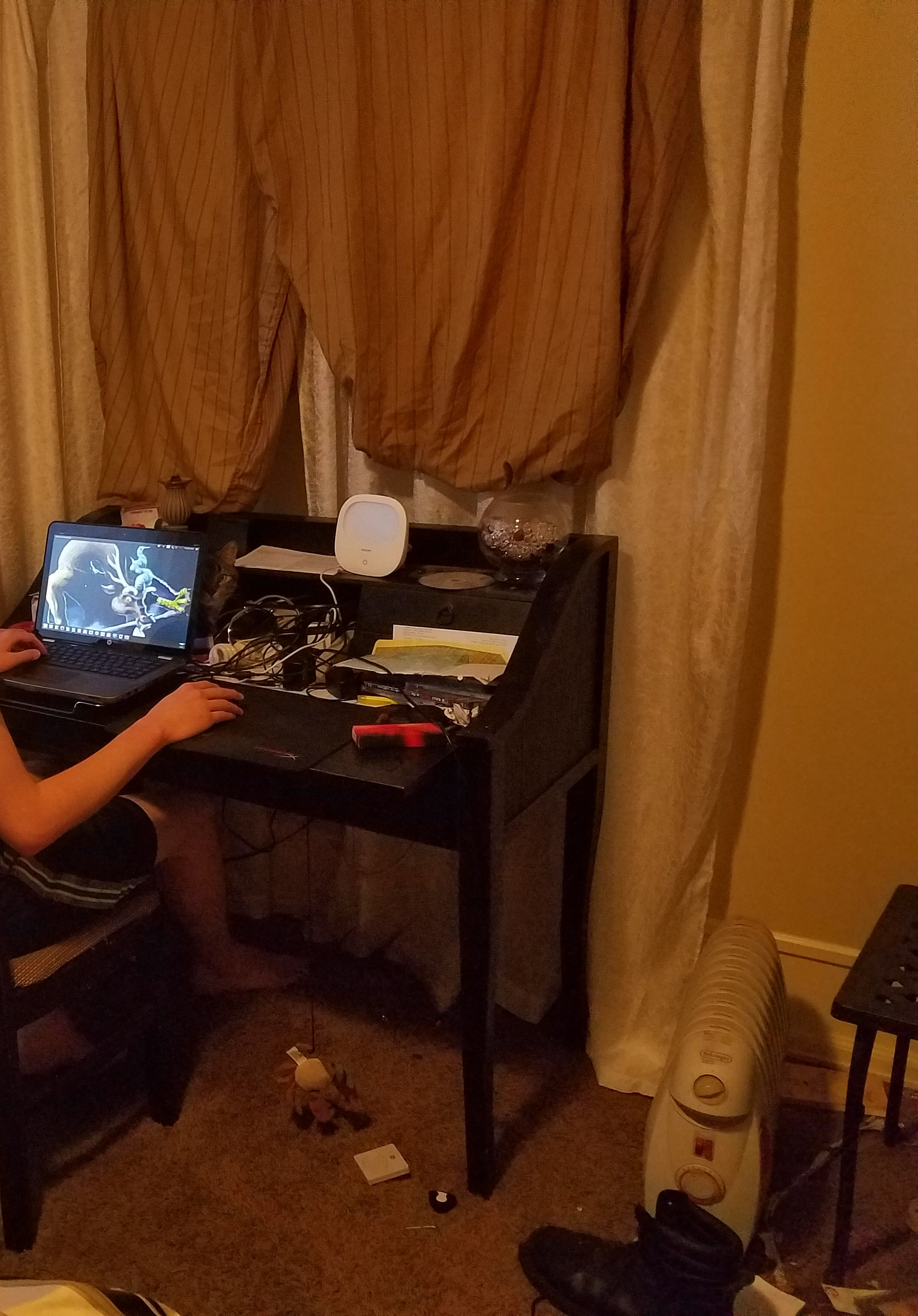 I walked into my brother’s room and saw him at his computer as usual. But I also spotted SOMETHING ELSE: 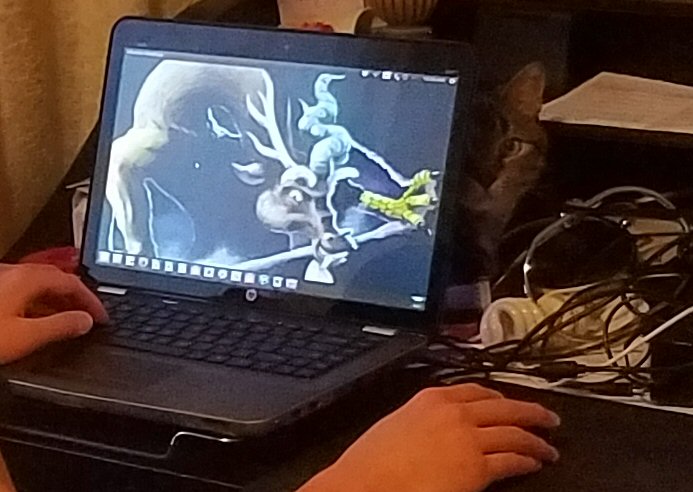 I have a sort of tic about stickers. I don’t want to waste them, and therefore don’t want to put them on anything too transient. But I also don’t want to destroy or mess up things that would be destroyed or messed up by the application of stickers. Several years ago I solved this problem at last by designating a certain Very Important Poster as my sticker poster: 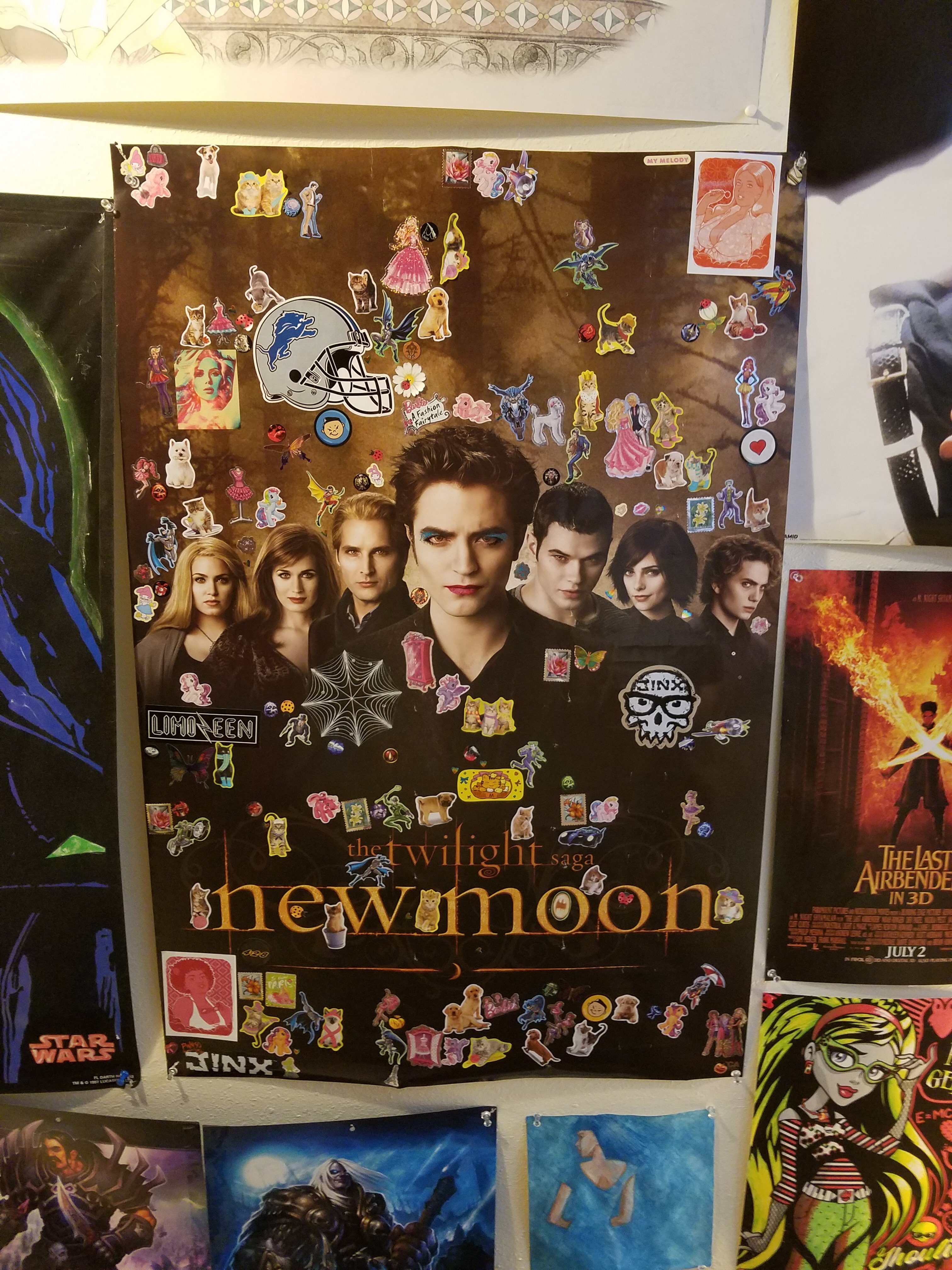 Well, I finally got around to putting up a bunch of kitten and puppy stickers I’ve had for forever. But then I discovered that the stickiness of the kitten stickers in particular is lacking. I came back into the room after a while to find that it had been raining kittens onto my bed (above which the poster hangs): 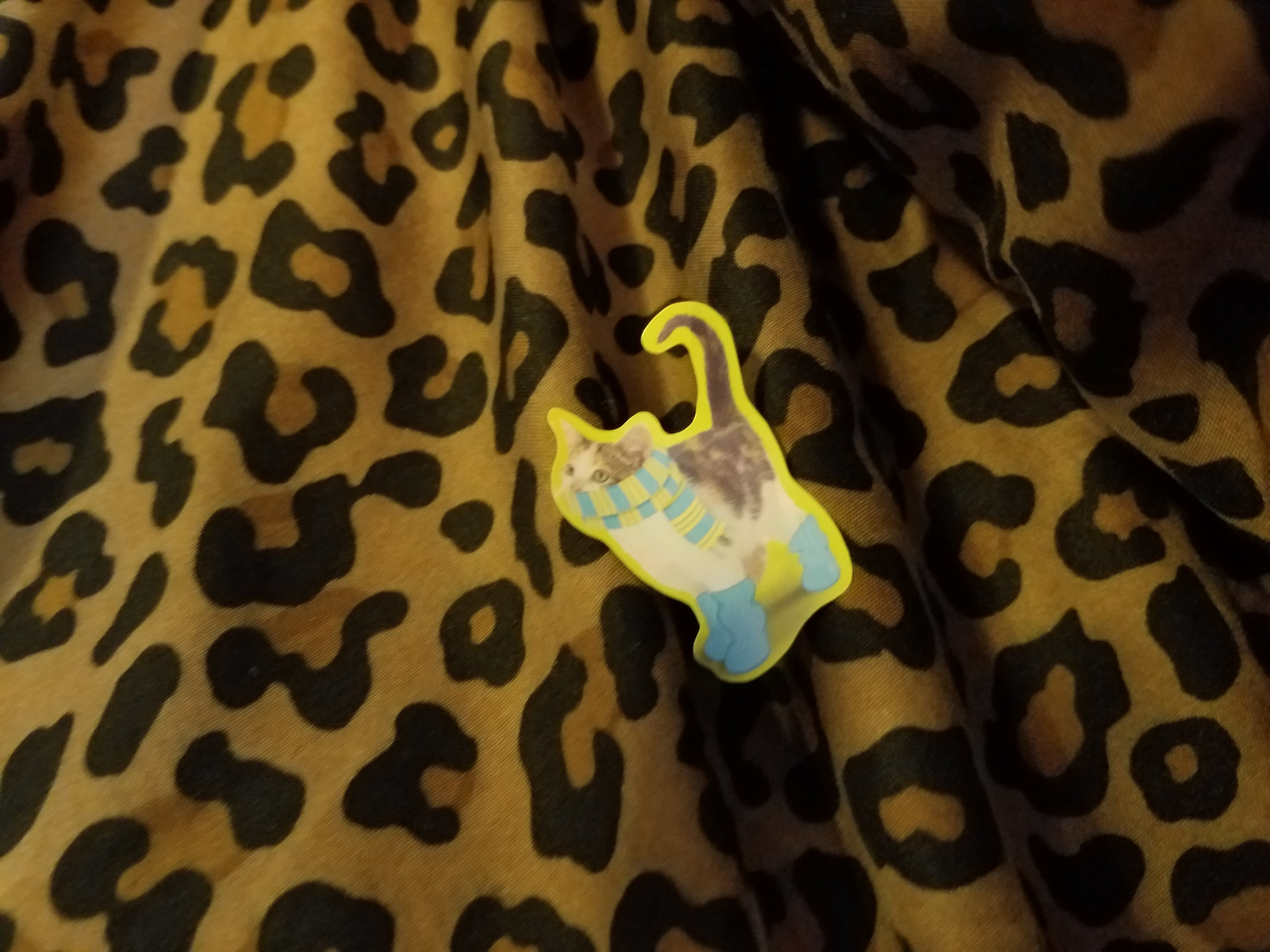 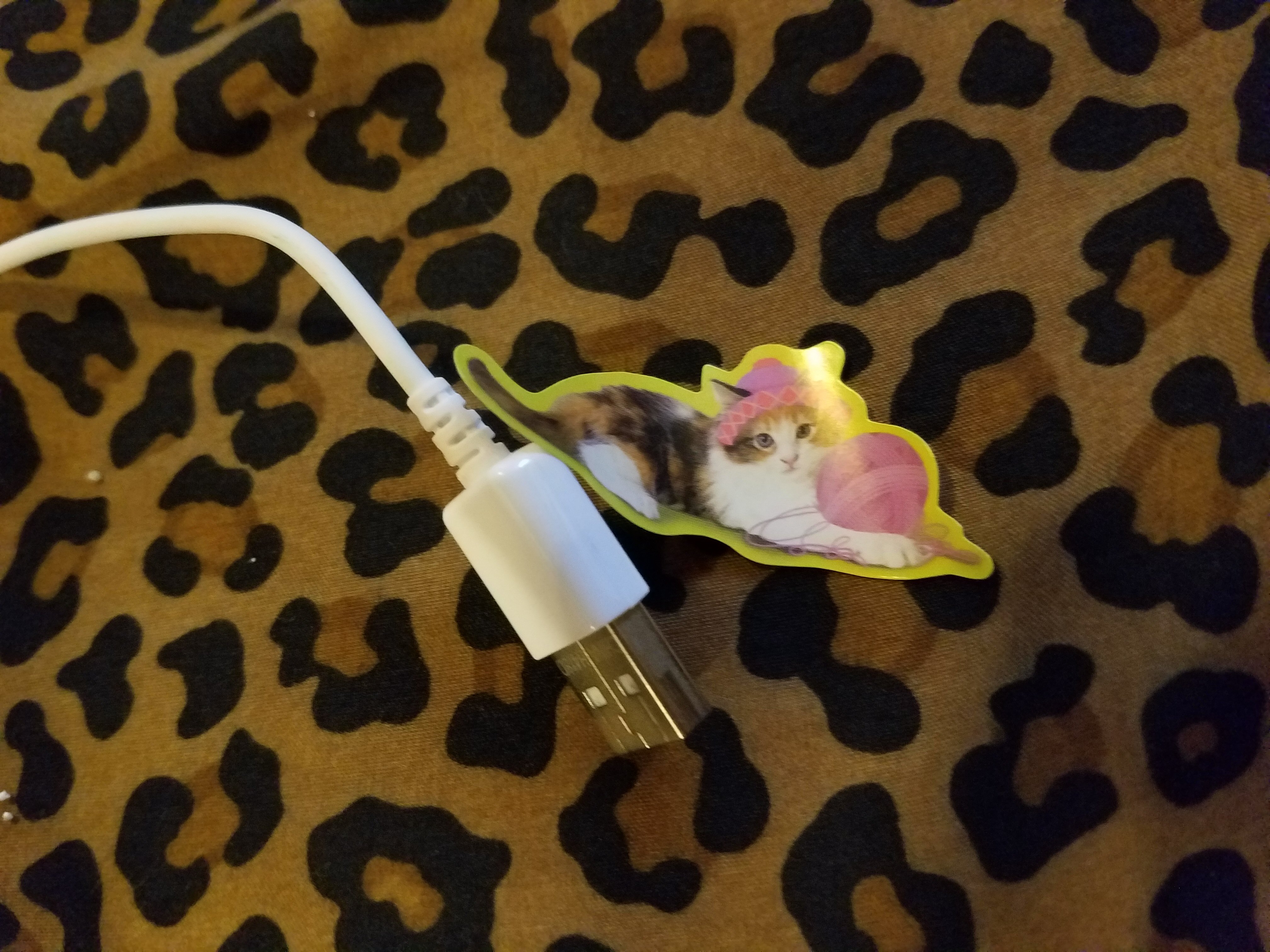 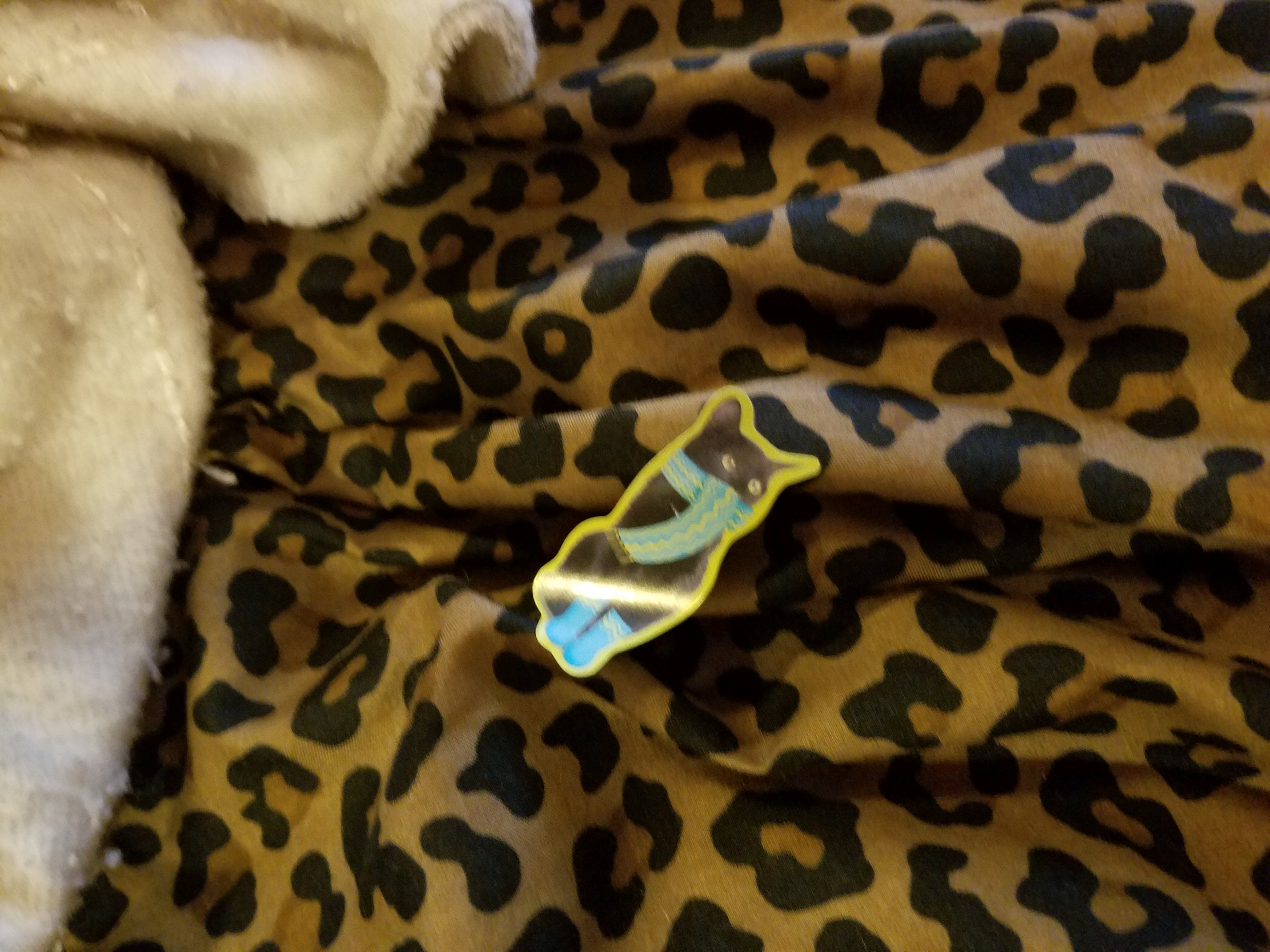 Lil Stripety always likes to help me change the linens on my bed. This particular day I’d also just laundered my blanket, and it was quite warm when I made the bed. He expressed his appreciation: 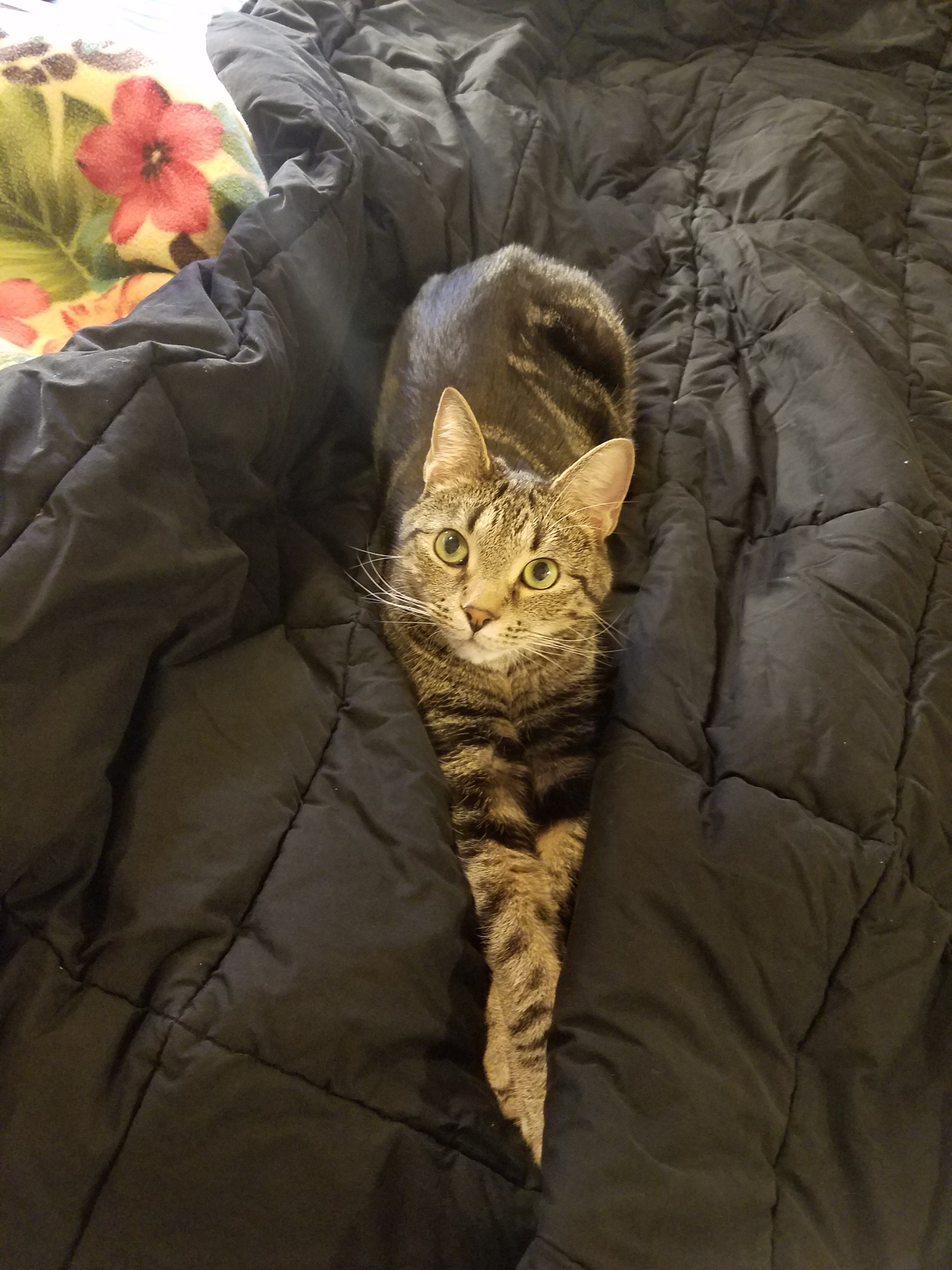 And then all three Little Animals decided the bed was a good place to be: 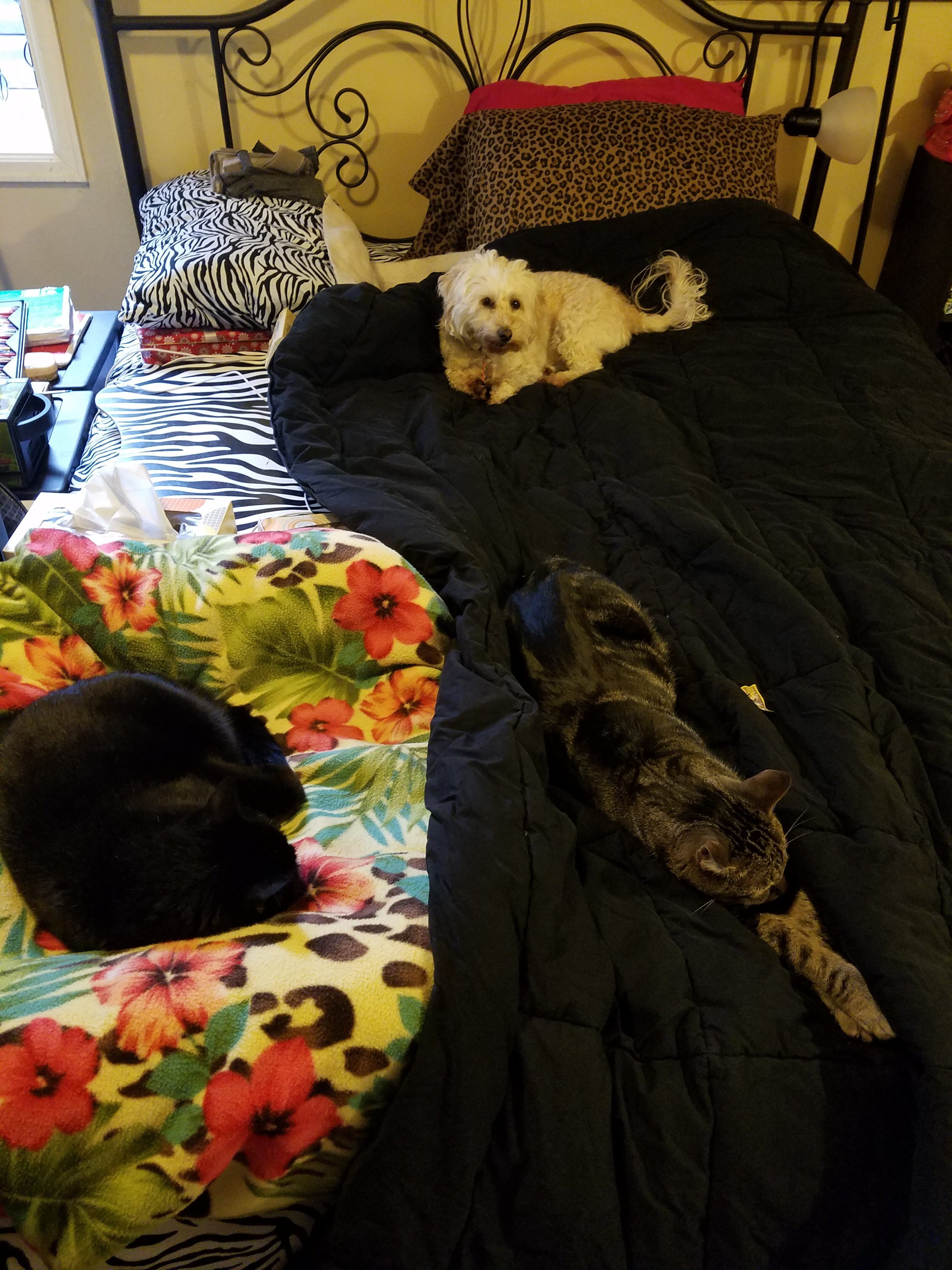 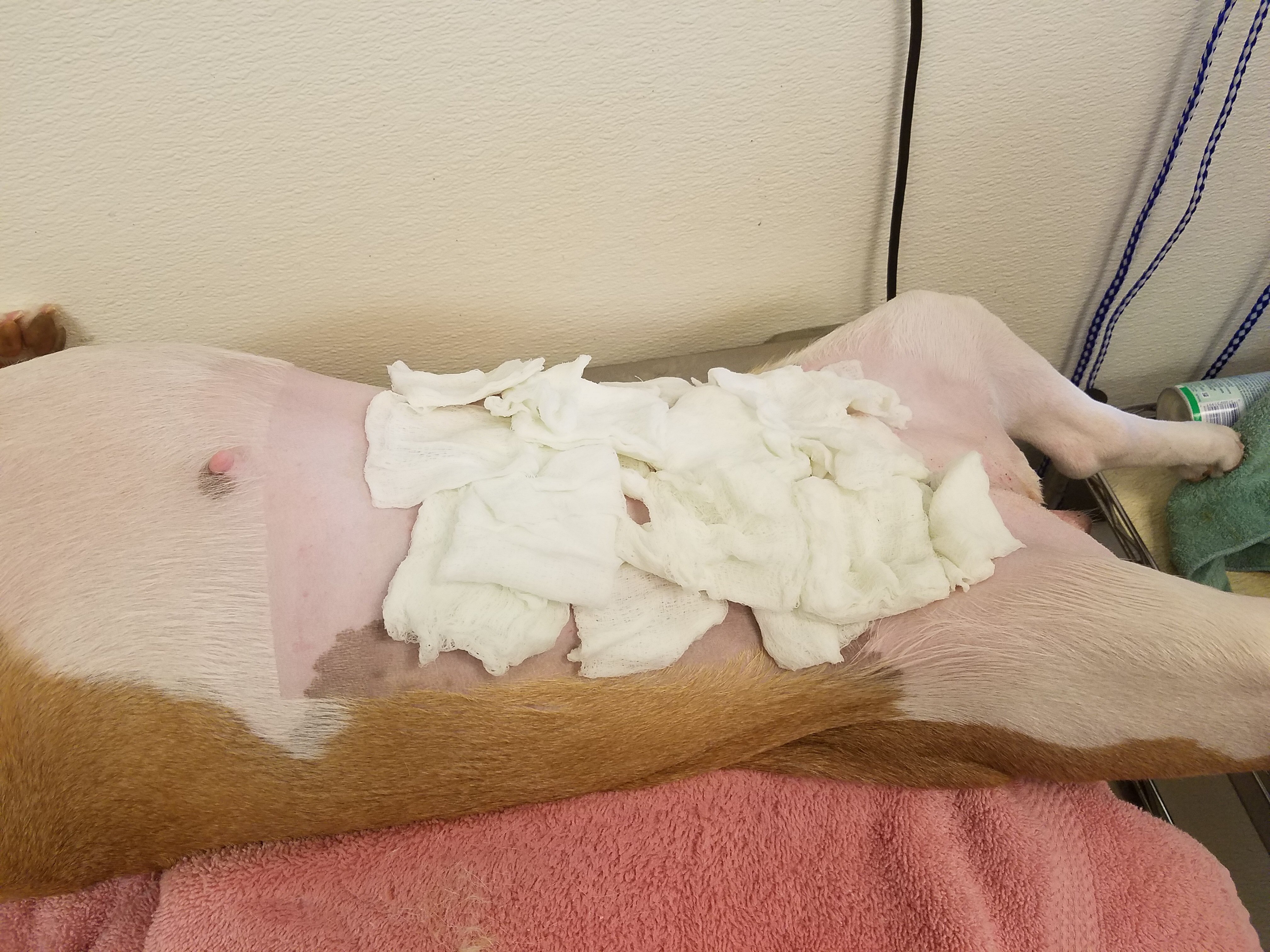 Sometimes at work we leave an animal soaking with a bunch of chlorhex gauzes on (for various reasons), and sometimes it looks really funny. 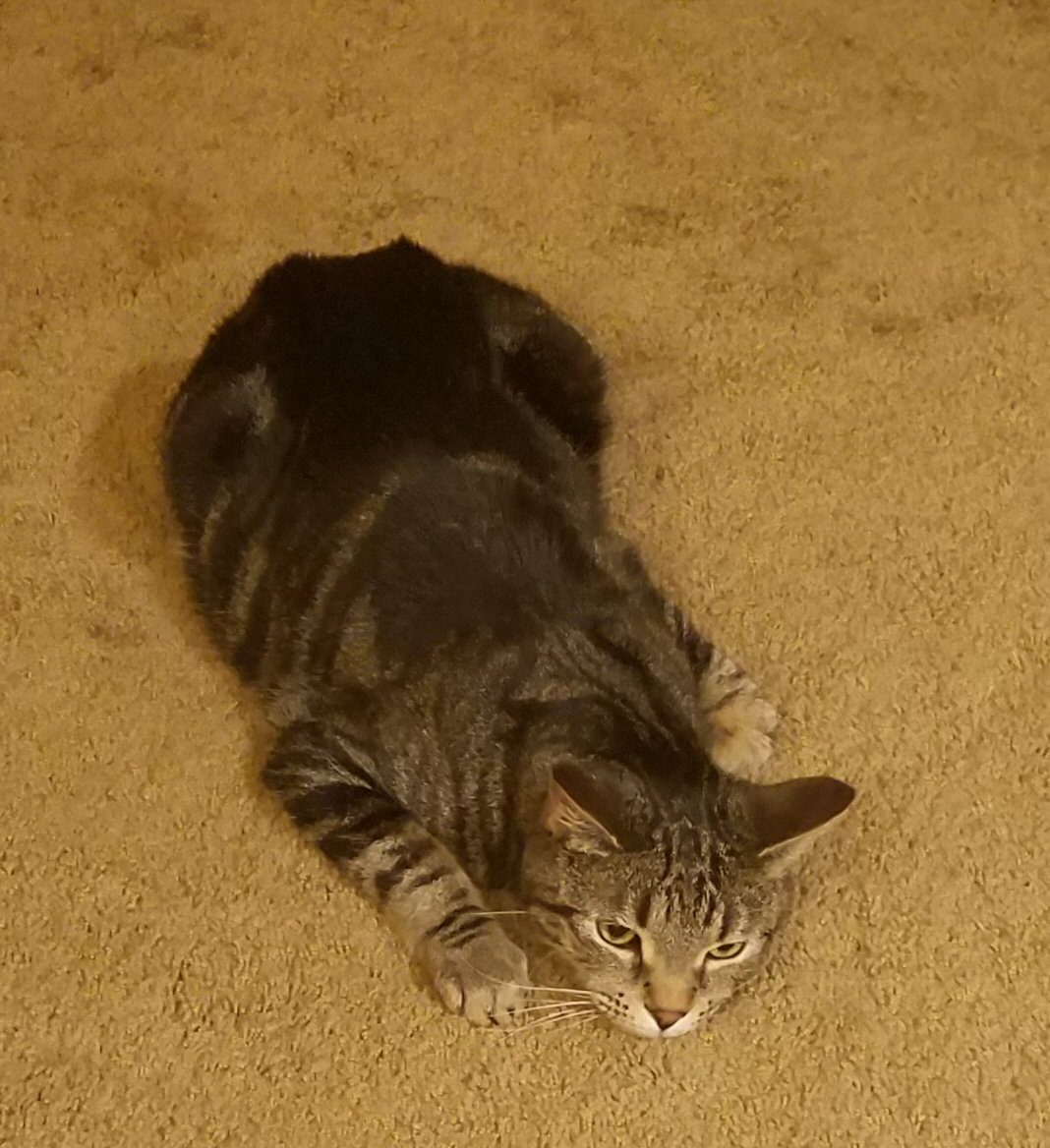 After I took off my scrub top this day, I thought I looked pretty cute.

Whilst I was talking about a fic to Lee via text message, Swype provided the following useful suggestions: 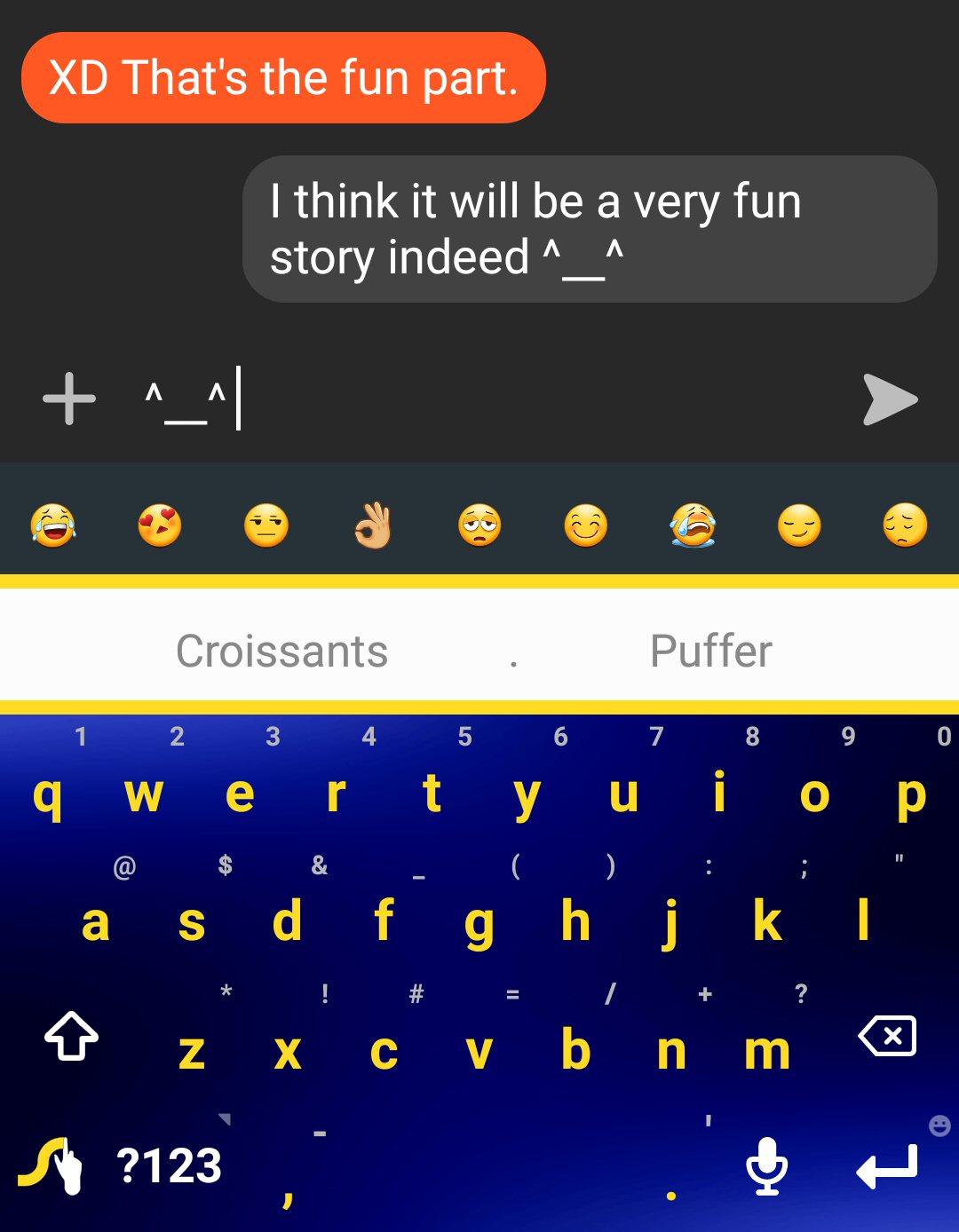 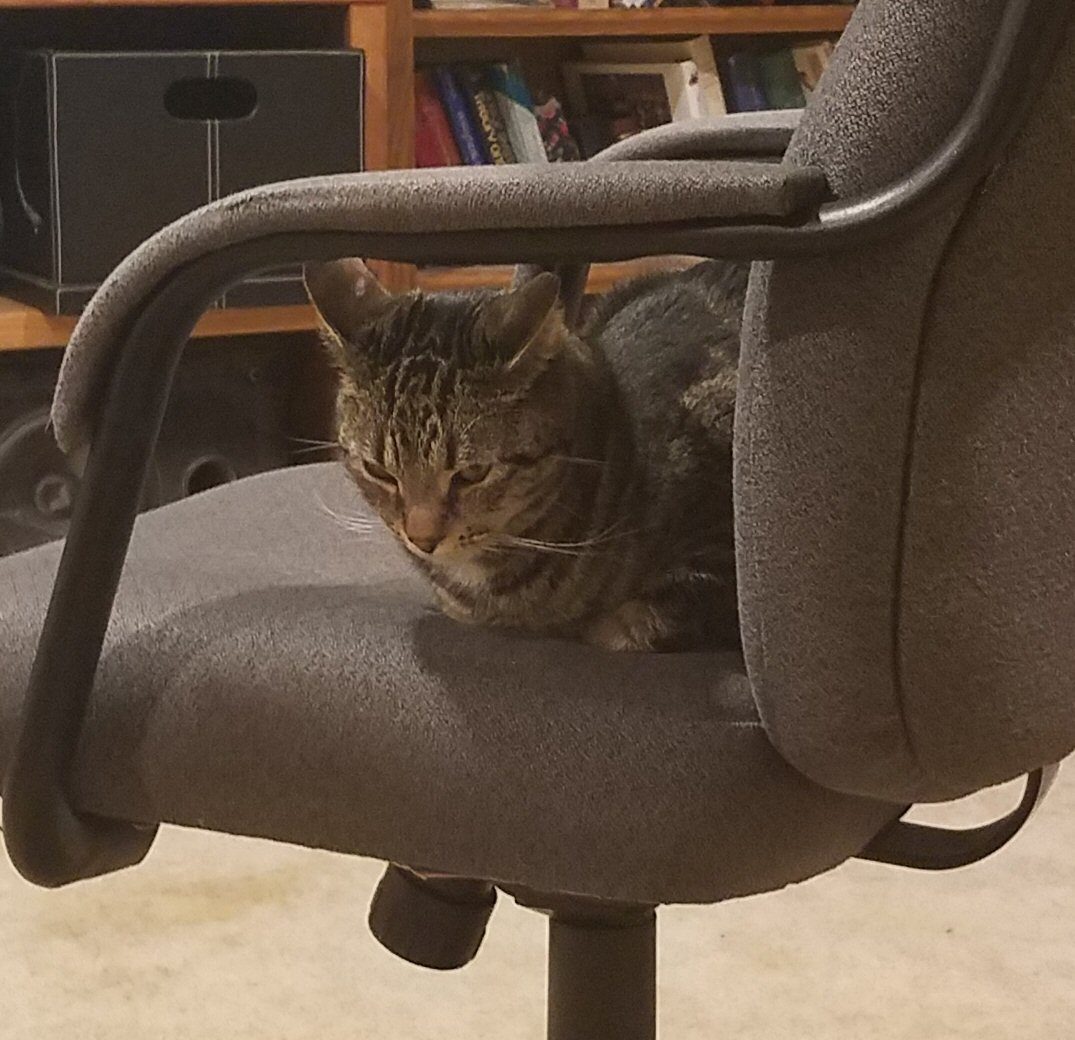 Galileo chillin’ on the chair watching football with me. And again: 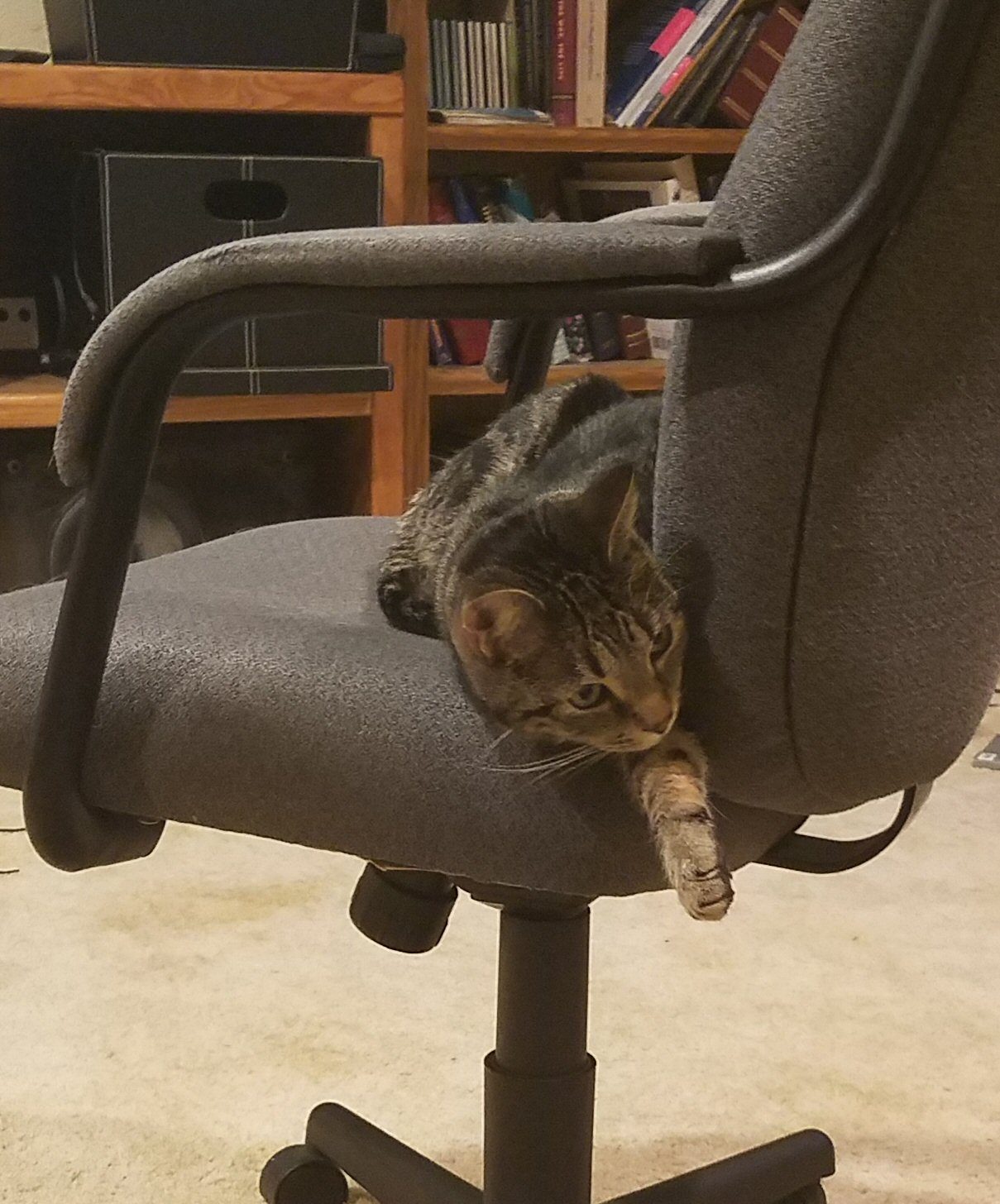 And here’s Beeko resting near Waybee and using his dinosaur as a pillow: 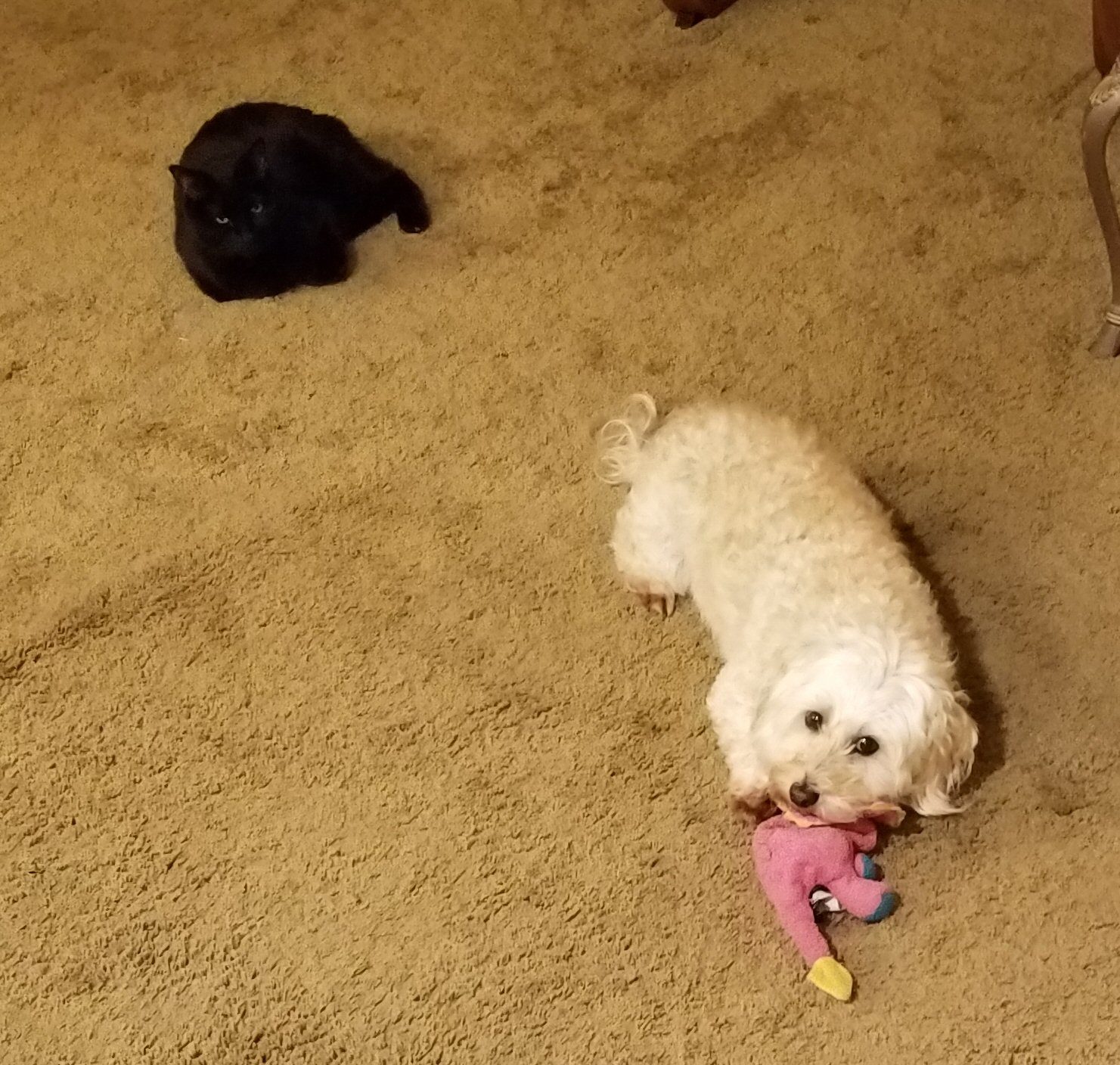 Hiko really loves cats, and it’s kinda sad, because, as I mentioned above, Waybee is never nice to him. The other day when I was watching football (when Little Cat was on the chair), I was sitting on the couch with Beeks on my lap. Waybee came along and jumped up onto the arm of the sofa; she was so close to Beeks that I put my hand between them just in case she decided to randomly attack him.

And the moment she jumped up, Hiko started wagging his tail enthusiastically. It was tragic! I said to Waybee, “Can’t you see how much he loves you? Why can’t you be nice to him??” But she didn’t seem to care.

Yesterday afternoon I walked into the prep room at work (which was almost completely clean; we were nearly ready to leave for the weekend), and saw a container of alcohol gauze just chillin’ on the floor. 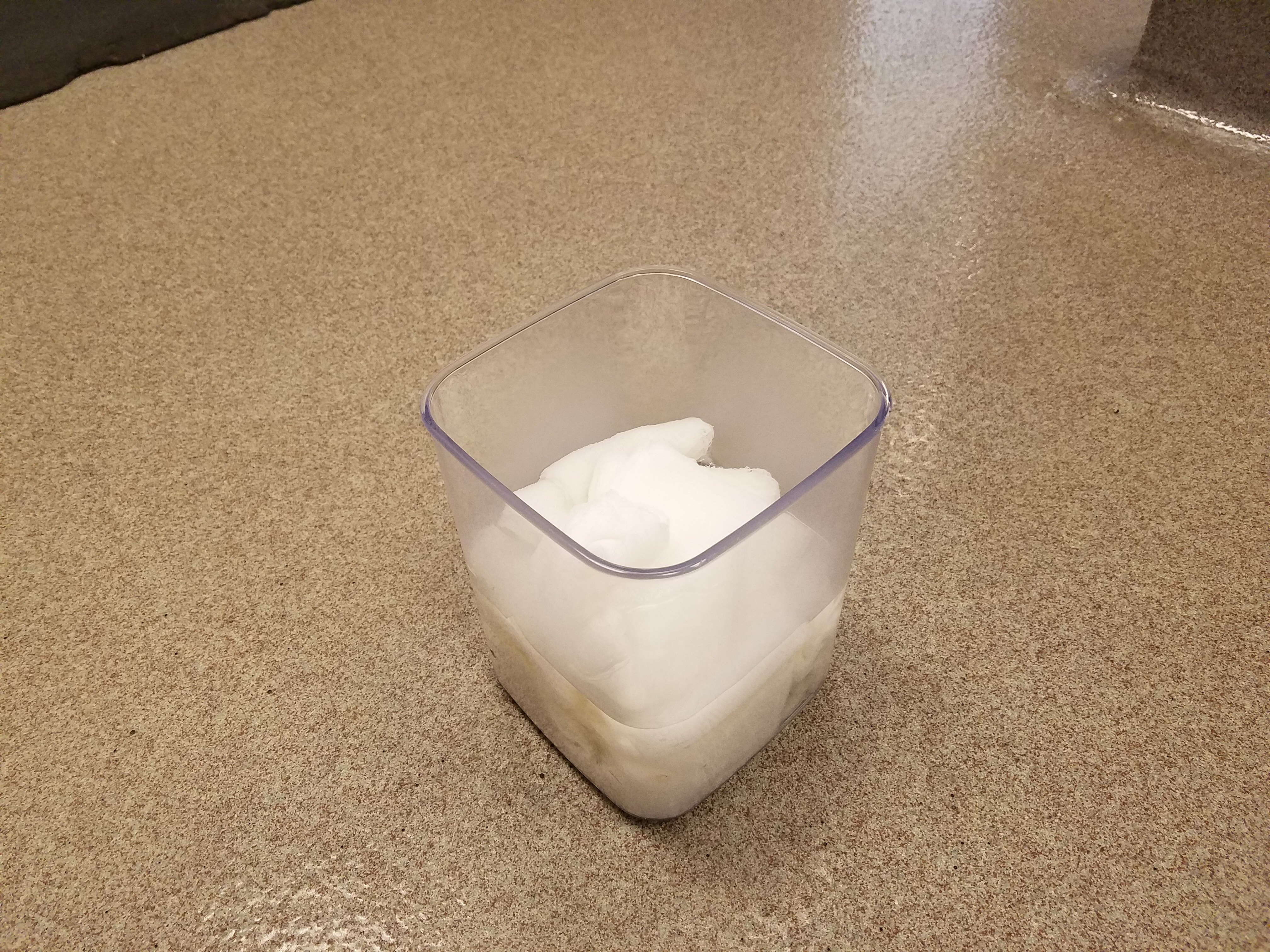 Just… chillin’. I thought it was so cute and funny, I had to document it. 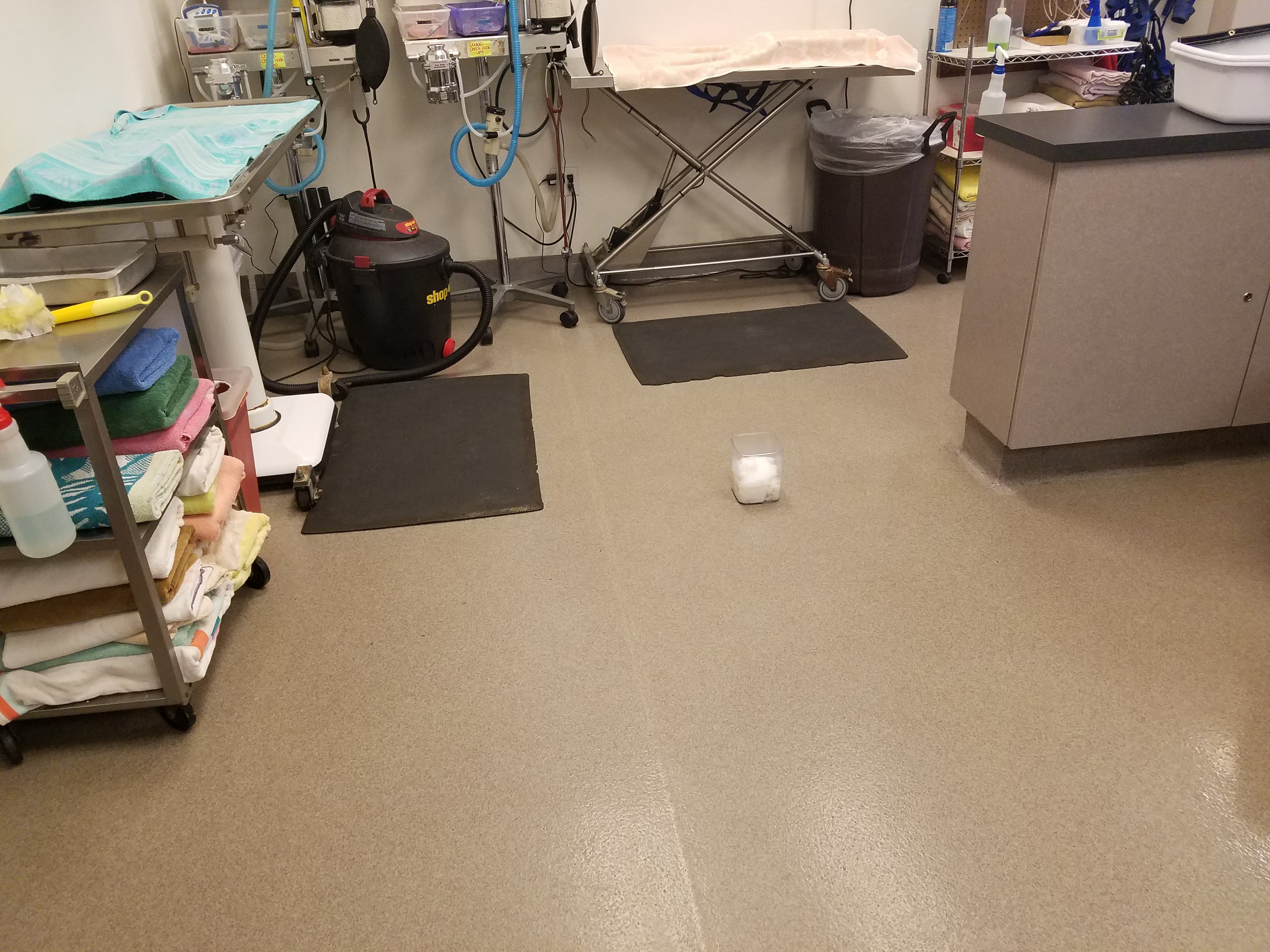