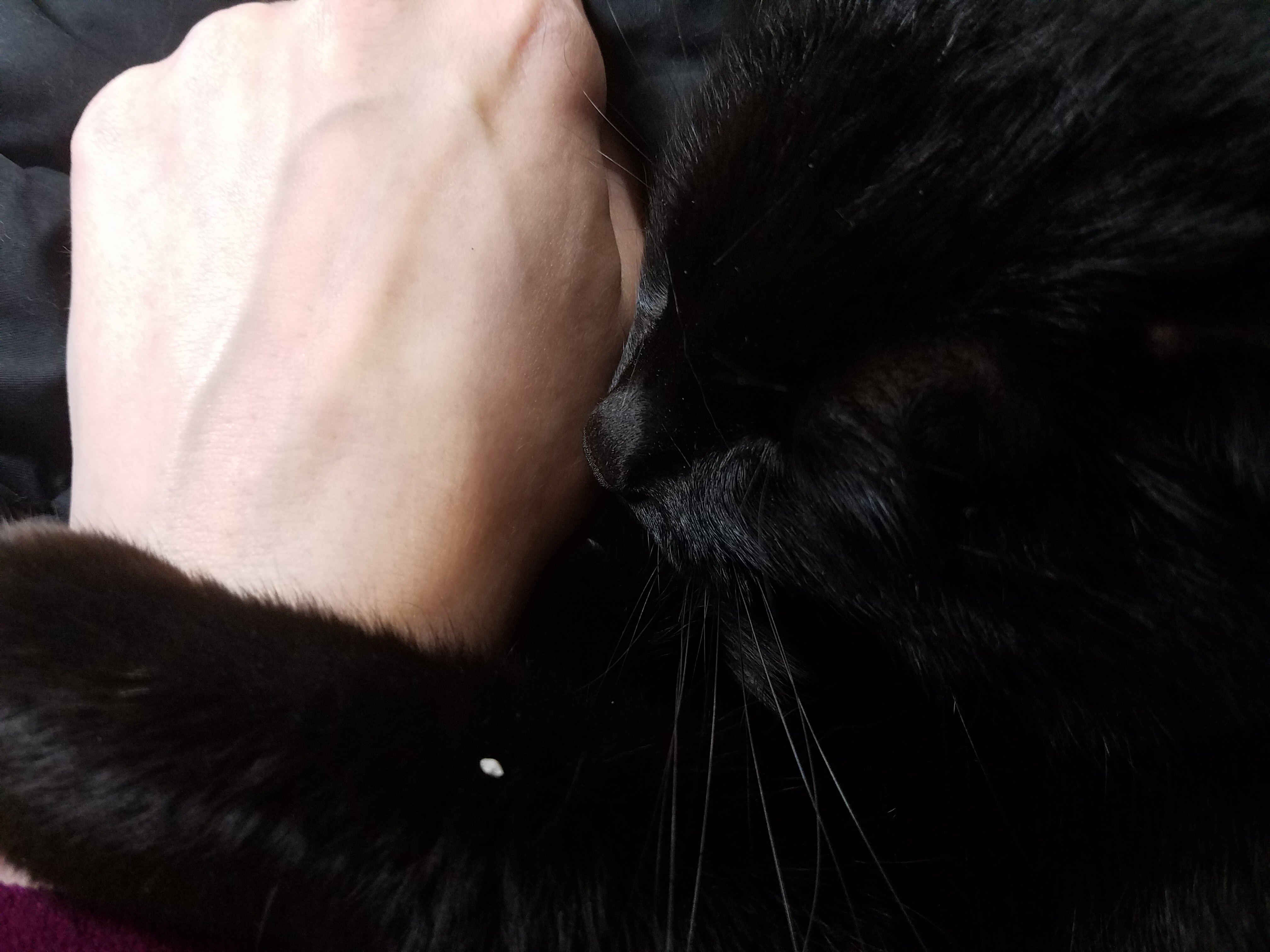 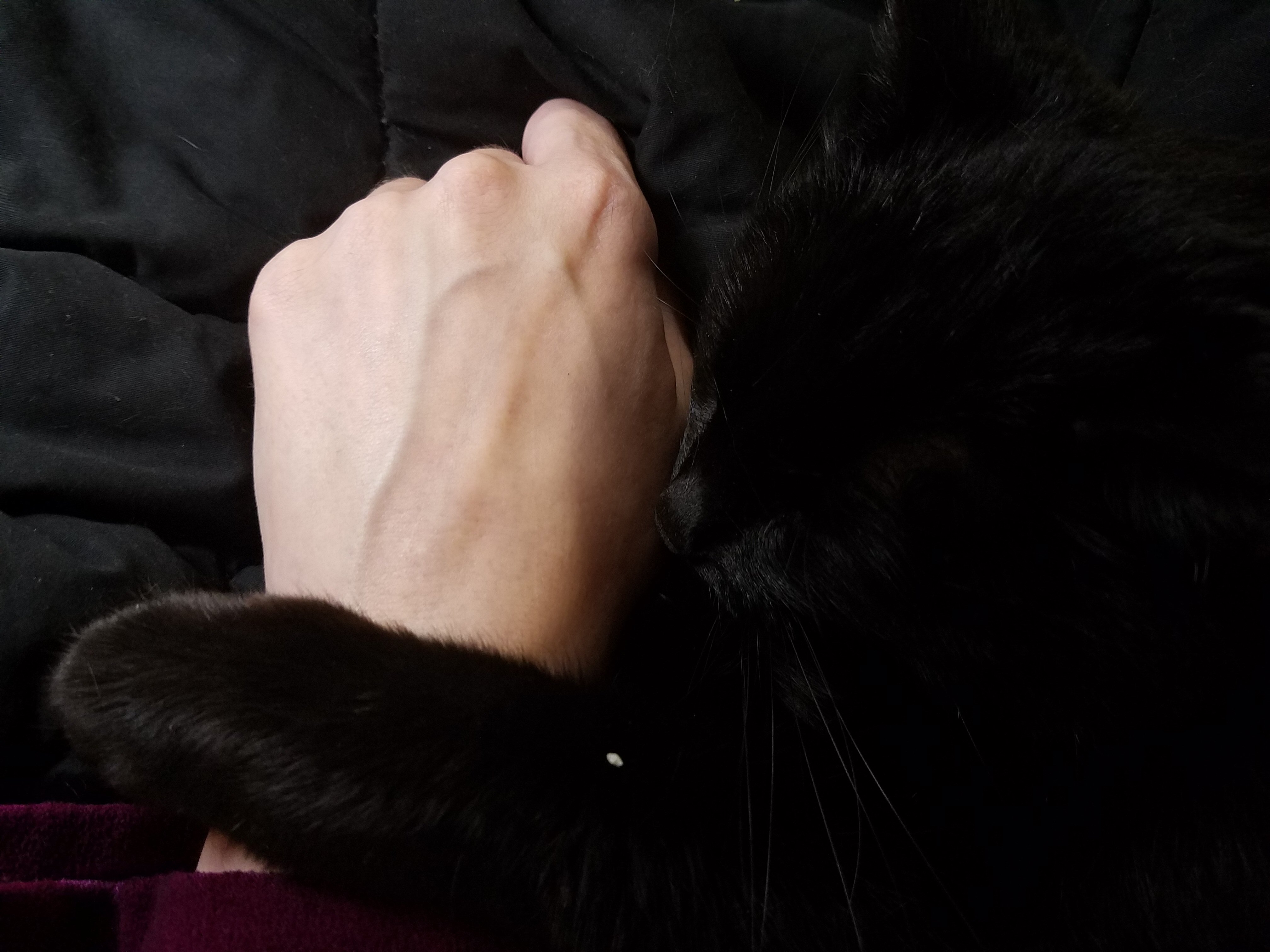 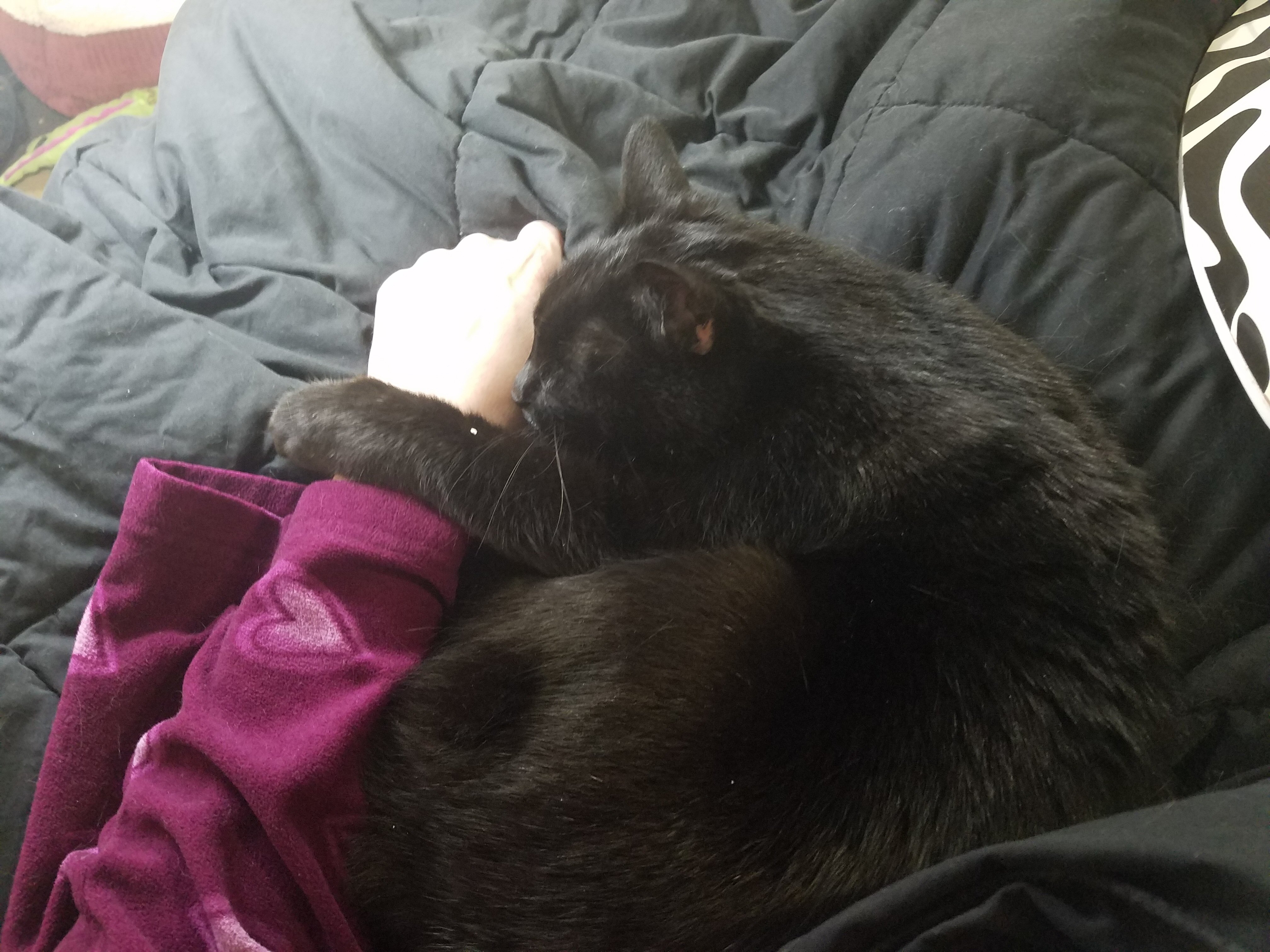 Two of my supervisor’s dogs at her house: 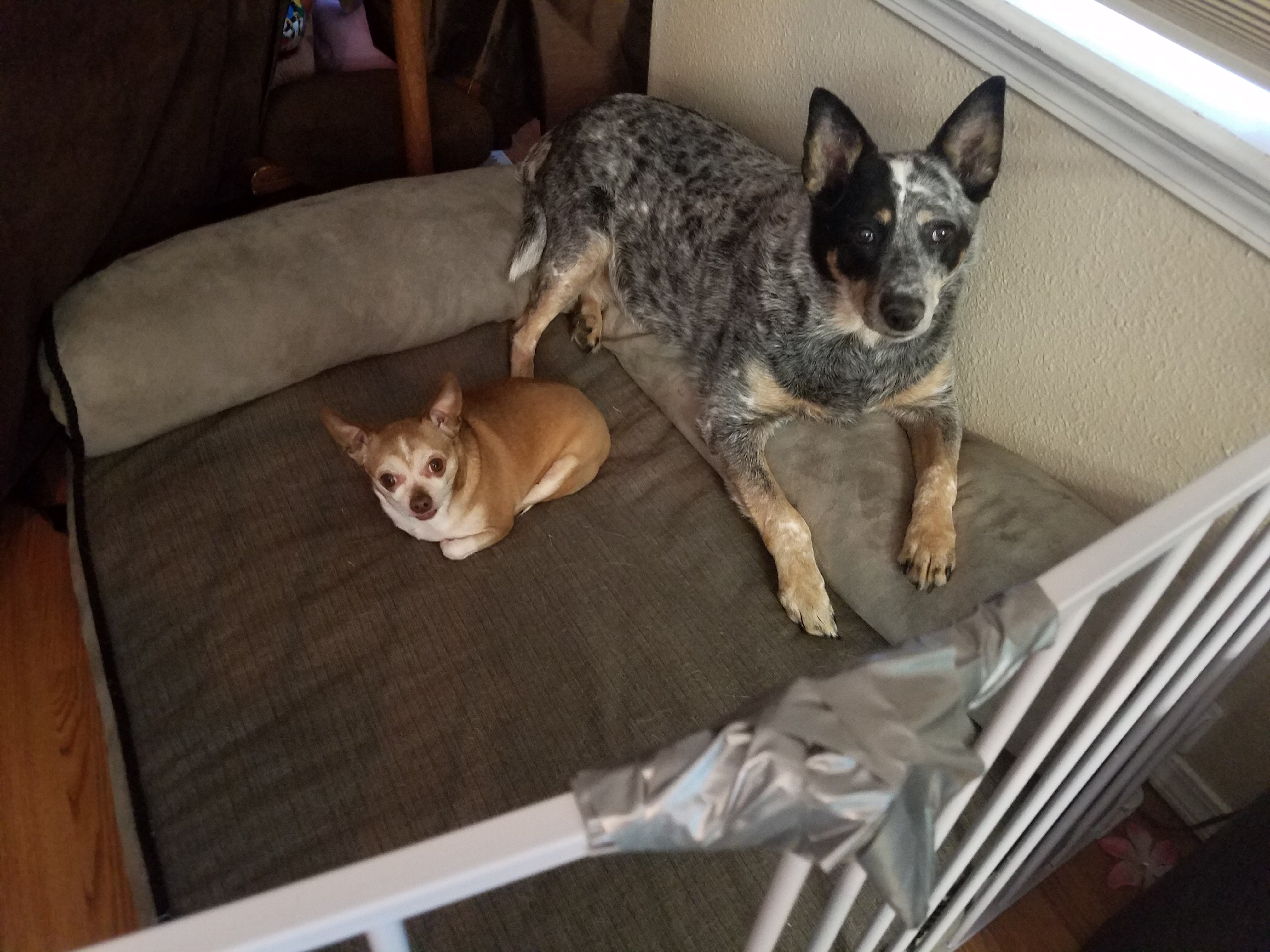 And then they switched places: 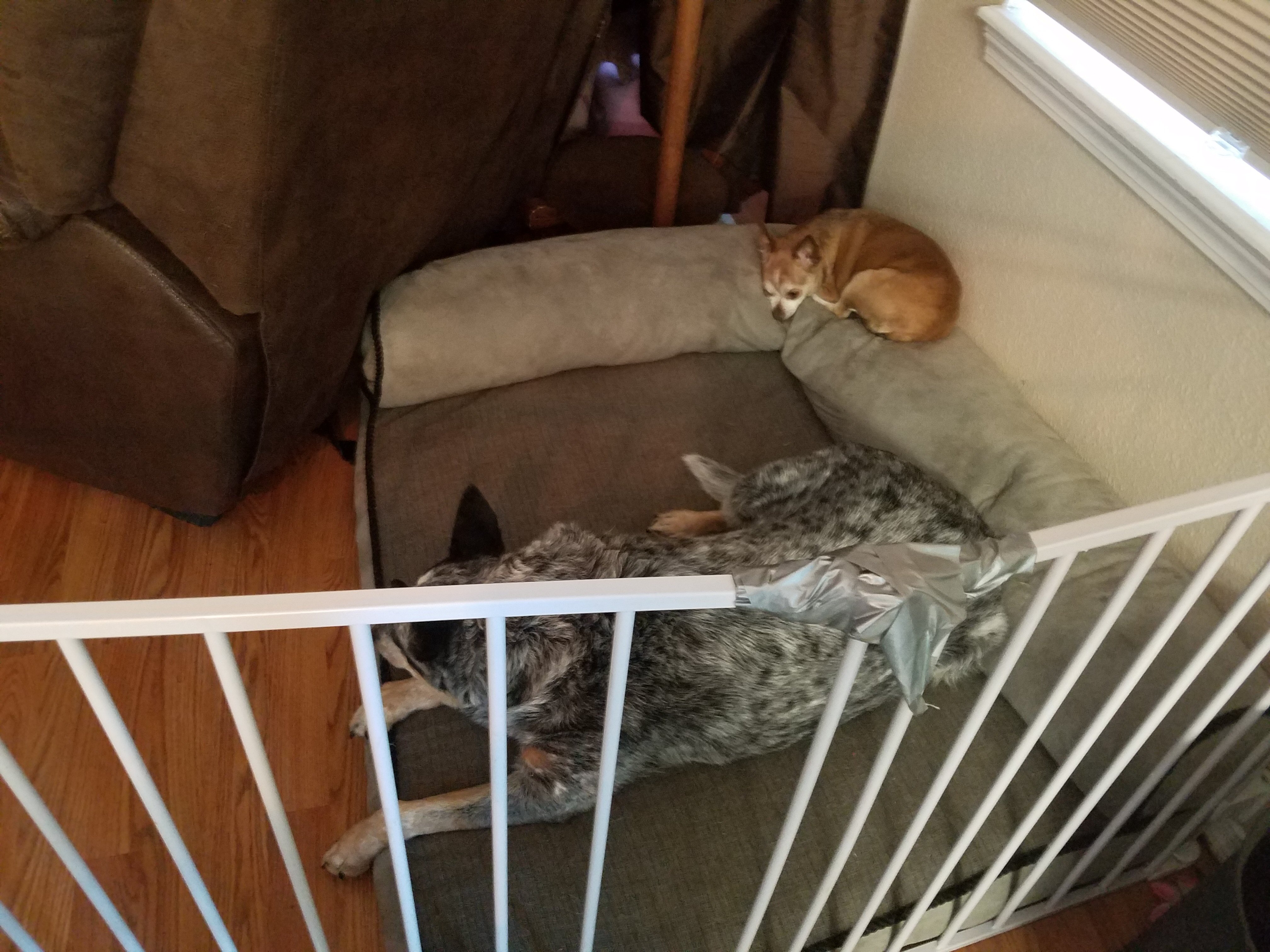 At work, our Executive Director had a heart attack and died. That makes it sound like she had a heart attack at work , but this is not, in fact, the case. Anyway, she was only 68 and it was sad. She’d been at our clinic for thirty years or something.

Her job was taken over by the president of our Board of Directors, who has also been our dedicated cat lady for almost a decade herself. Then of course she had to be replaced as cat lady, a position for which I volunteered. So now I’m the new dedicated cat lady, checking in all the surgery cats and doing a lot of laundry every day. (You have no idea how much laundry our clinic generates.)

This may mean an increase in photos of cats at work, since I’ll be seeing so many more of them than before. Not sure yet, though. There are a couple for today, however, the first of which is the charming redecoration one girl did of her cage overnight: 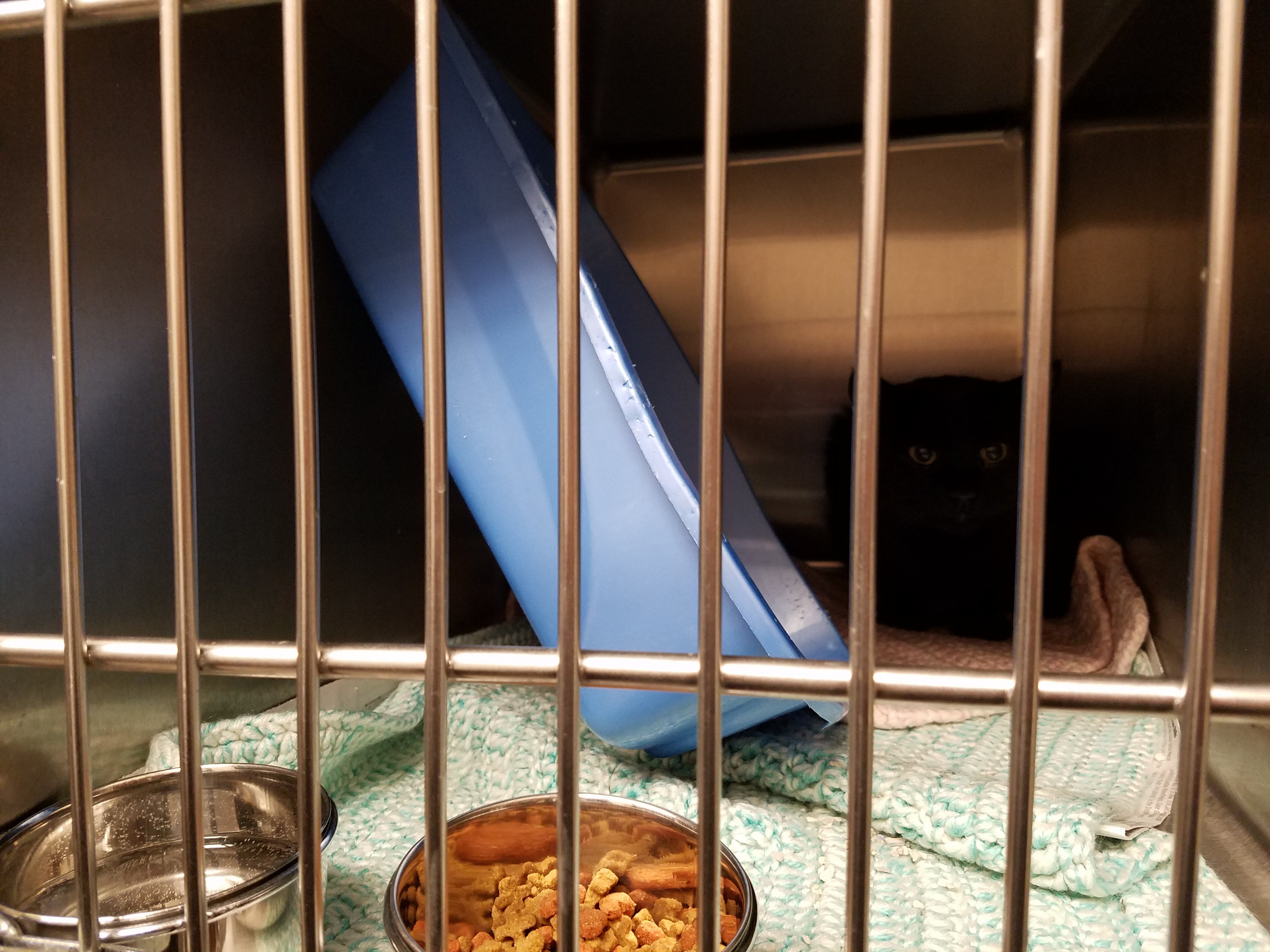 I guess she thought it looked nicer that way? She obviously didn’t put it up there in order to hide behind it, since she was sitting completely in view off to the side. Whatevs.

There’s this thing I do with the cats: if they’re really mean and essentially impossible to handle, I’ll put a sign on their cage that says, “Caution.” If they’re less horrible but still somewhat problematic, I’ll make a sign that says, “Careful.” The next step down, for slightly bratty cats that you can still get work done on, is, “Cattitude.”

Well, yesterday, I had a cat whose mere presence was already making me very happy, and he was exhibiting some cattitude, so I went to make the usual warning sign for his cage. I had actually written out the entire word on the little Post-it note when I realized this was not an appropriate way to express how this cat was behaving. So I made a completely new sign for him. 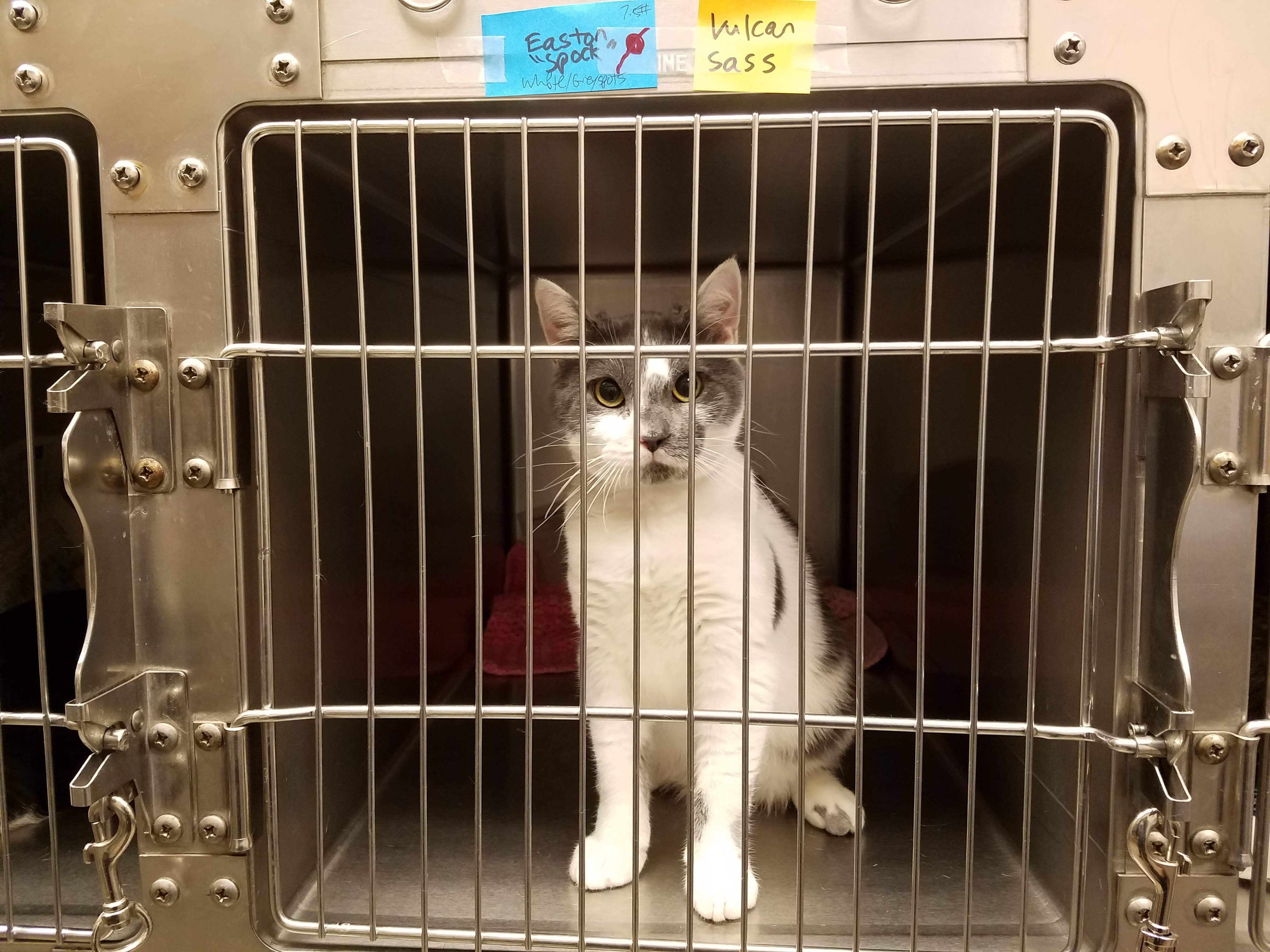 In case you can’t read my dreadful handwriting or otherwise figure out the little signs above the door, the cat’s name is Spock, and his warning sign says, “Vulcan sass.” I’m afraid nobody else in the clinic understood, but it totally made my day.

And speaking of Spock and little animals, I don’t know exactly when I made this next thing, but I know it was sometime in the last two weeks, so it qualifies for this post. It is technically a photo, even if it’s one that’s already been posted in one of these entries, and it conveys some very important information regarding my Little Animals. Observe: 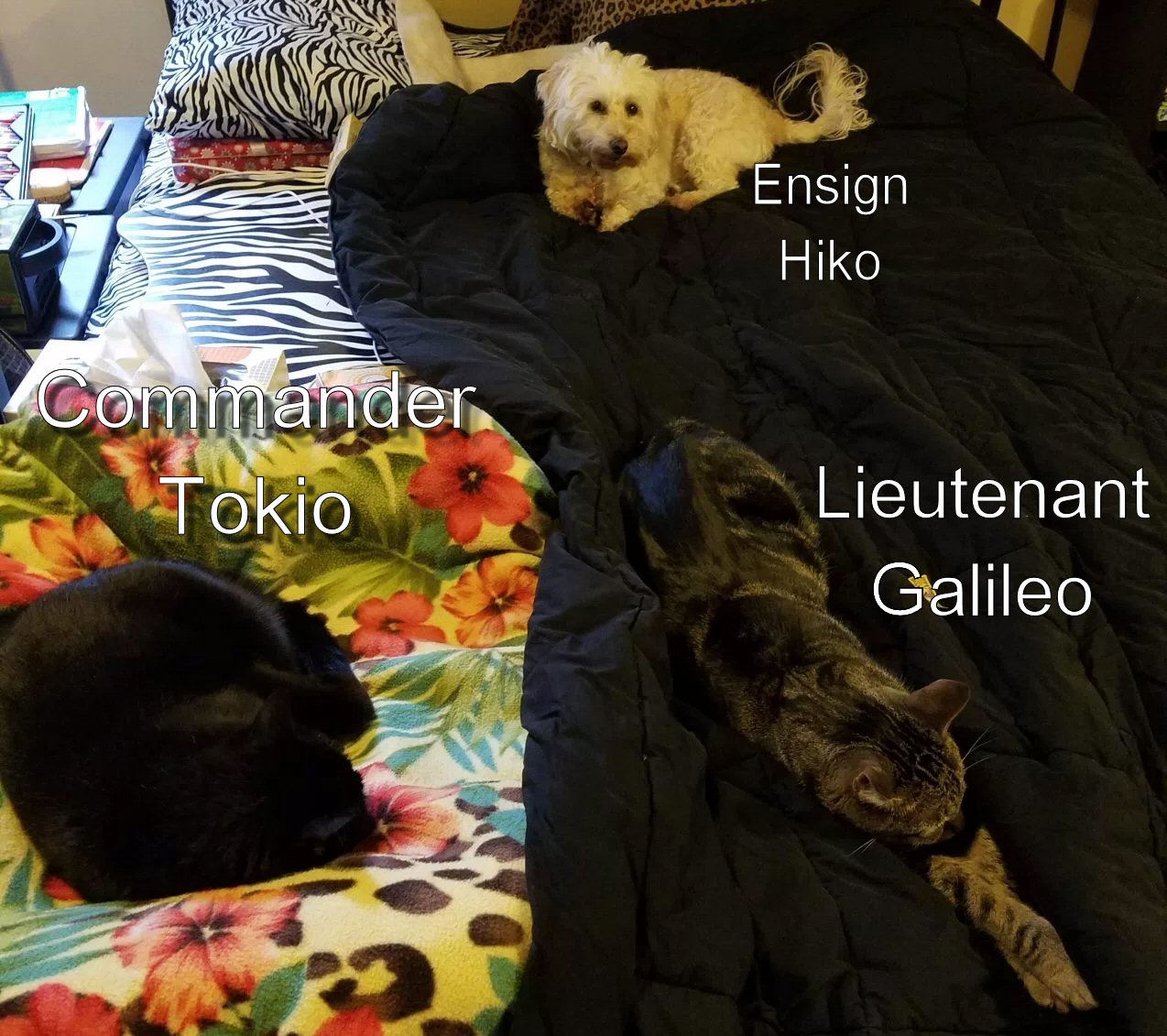 And then the next thing isn’t even a photo, just a meme I made (again, sometime within the last two weeks) to post on tumbler: 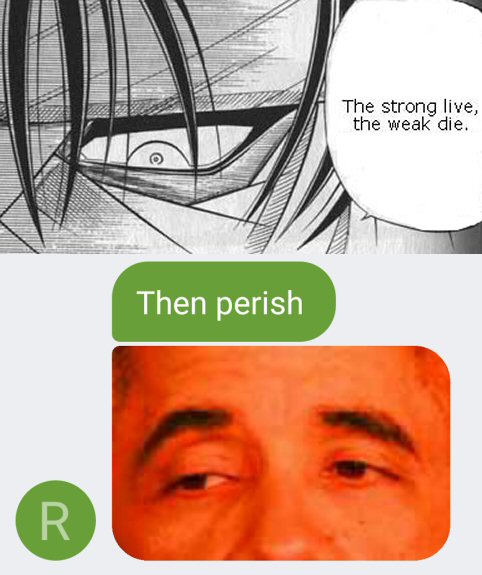 I suppose I can be forgiven if I can’t stop laughing at that. I love me some memes.

OK, so I bought this water fountain for the LA’s to drink from in the hopes that it will keep the water a little less gross for a little longer than when it’s just sitting. Dogs, man. So it’s a super cute fountain that makes this gentle waterfall sound that is not at all bothersome, and I love it.

Hiko had no problem drinking from it right away; honestly, I’m not even sure he noticed his water was in a different receptacle. Waybee was scared of it for a while, to the point where the first time I saw her drink from it she drank for a bit and then abruptly tore out of the room as if, though she’d nerved herself up to making use of the thing, she’d endured all she could for that moment before succumbing to terror. She seems to have gotten over that now.

But Stripety… he was equal parts fascinated and wary for several days after the installation of the fountain. He was clearly desperately curious to know what it was and what he could do with it, but also uncertain how (or even if he should try) to interact with it. He kept slowly approaching a crouch to within a few inches of it, watching it for a few moments, then backing away again. One morning I saw him do this maybe six times. When he wasn’t doing this, he was perched somewhere else in the room staring fixedly and suspiciously at the fountain as if it was going to do something. For a while, every time he came into my room, the first thing he would do was check if it was still there.

Yesterday, though, finally, I saw him drink from it. He still stared at it during the process, and he hasn’t had the courage to dip his paw in the water as I’m sure he will eventually do, but he’s making progress! 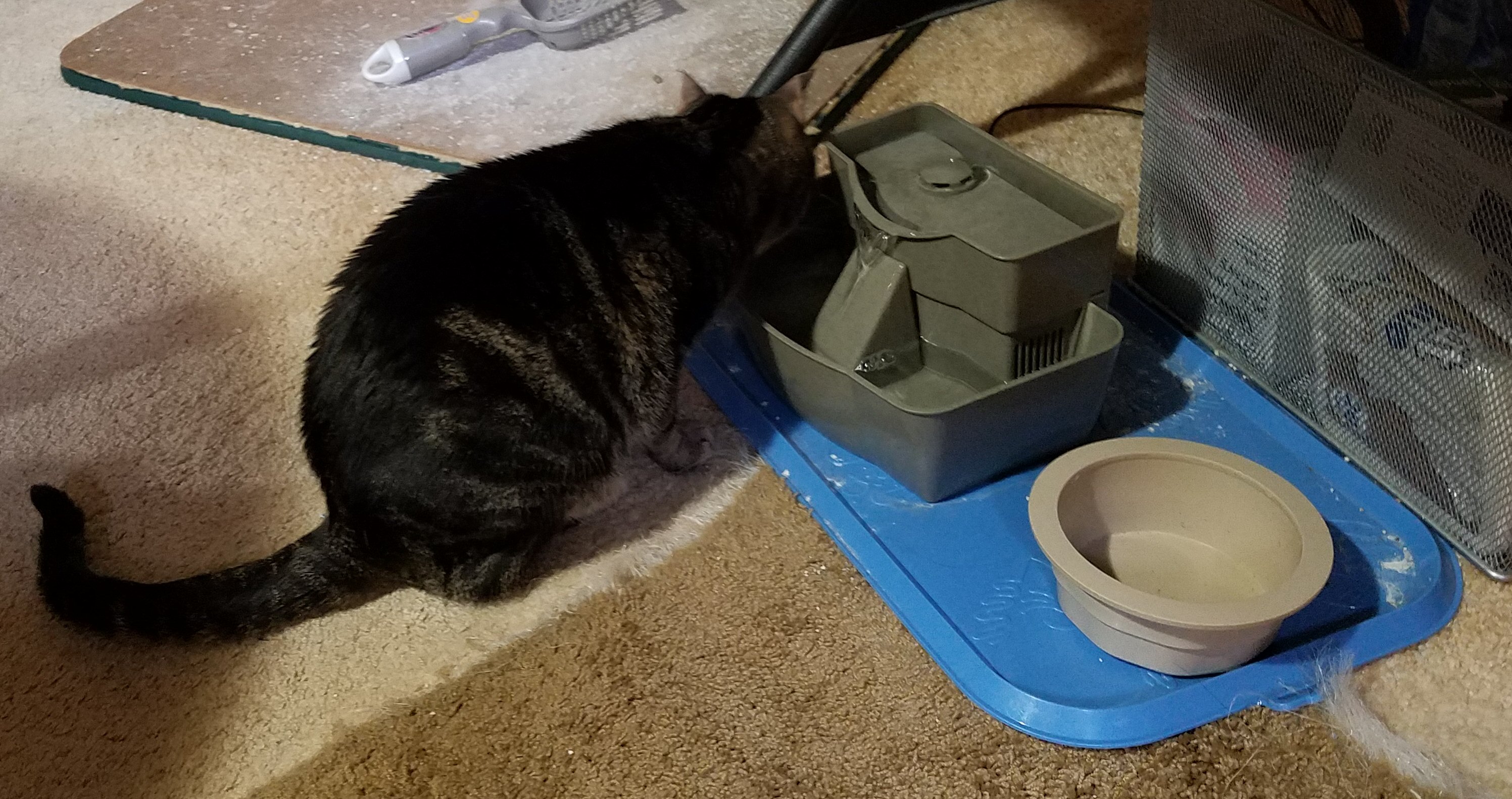 And that’s it for these two weeks!