We got two days of work off for this blizzard. Or was it three? 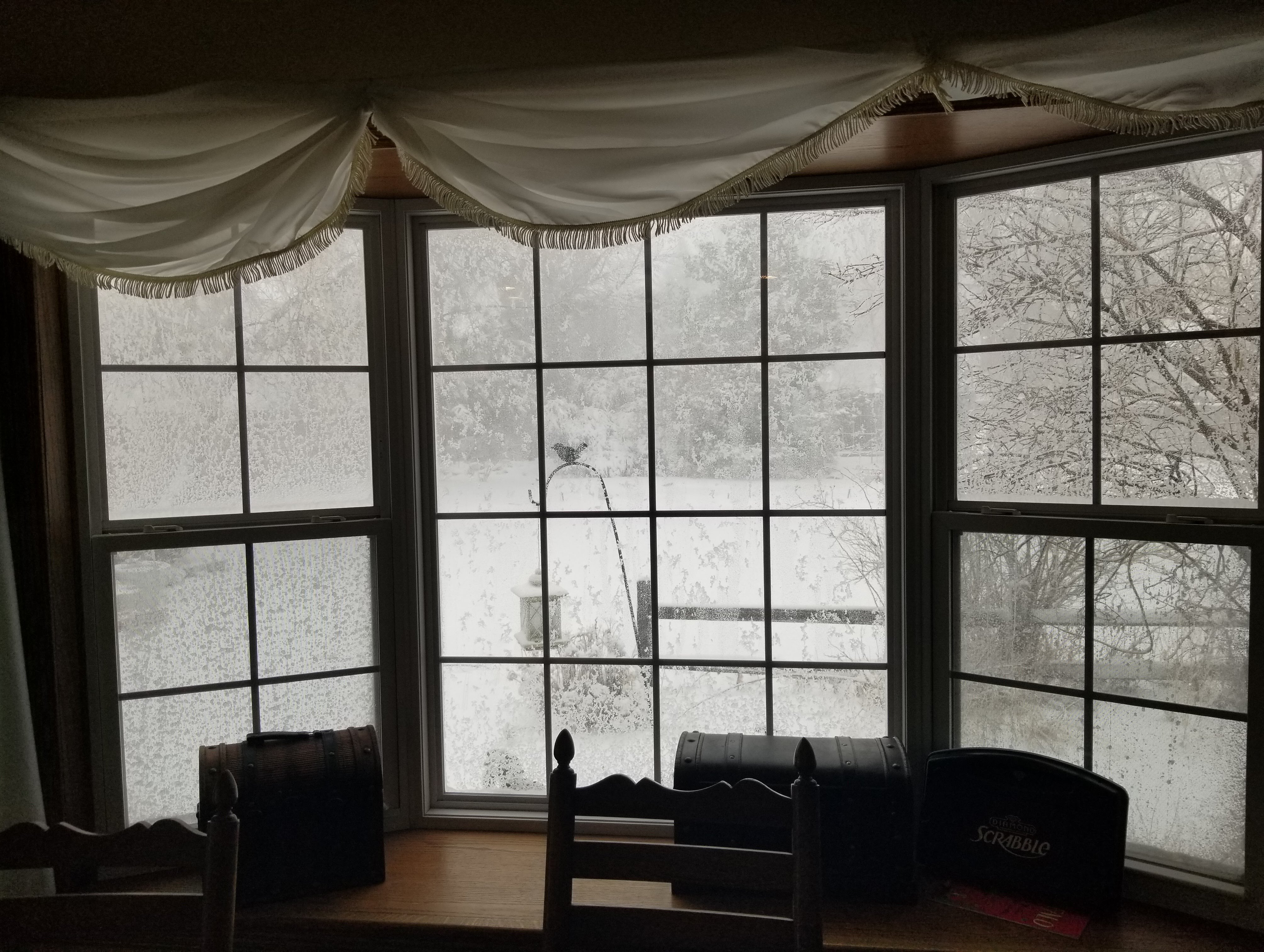 One of the many ways cats help when I’m changing my linens: 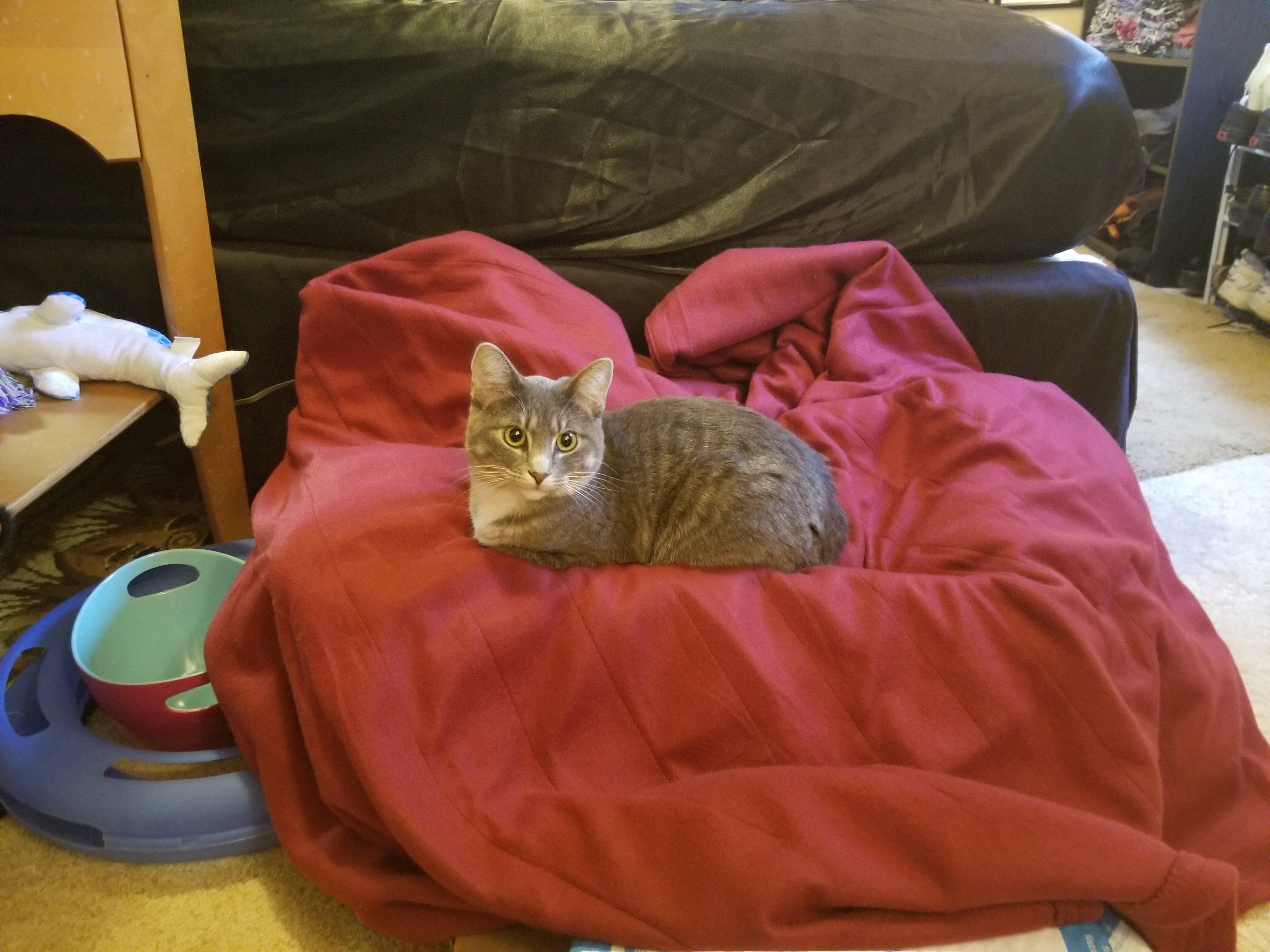 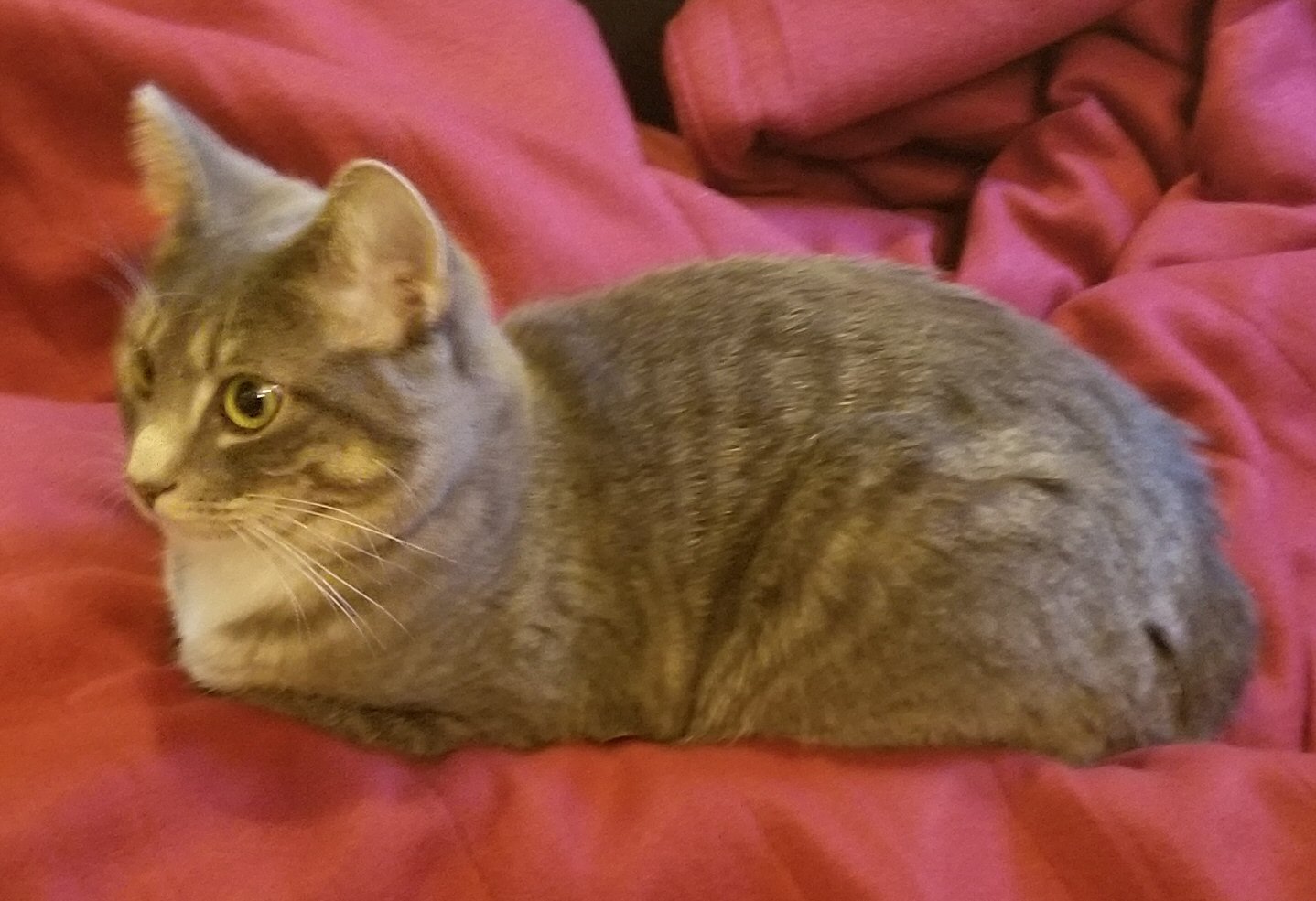 I went to the emergency room with severe chest pain. They ran all sorts of tests, of course, and determined that my heart and lungs are just fine. After insurance, it cost just about as much as last year’s gall bladder surgery cost after insurance, pretty well just for a doctor to tell me, “This is probably a GI thing; take antacid.” So that was fun. Anyway, the paramedics left their catheter tape stuck to my globe, and Piper played with it there until it fell off and I threw it away. 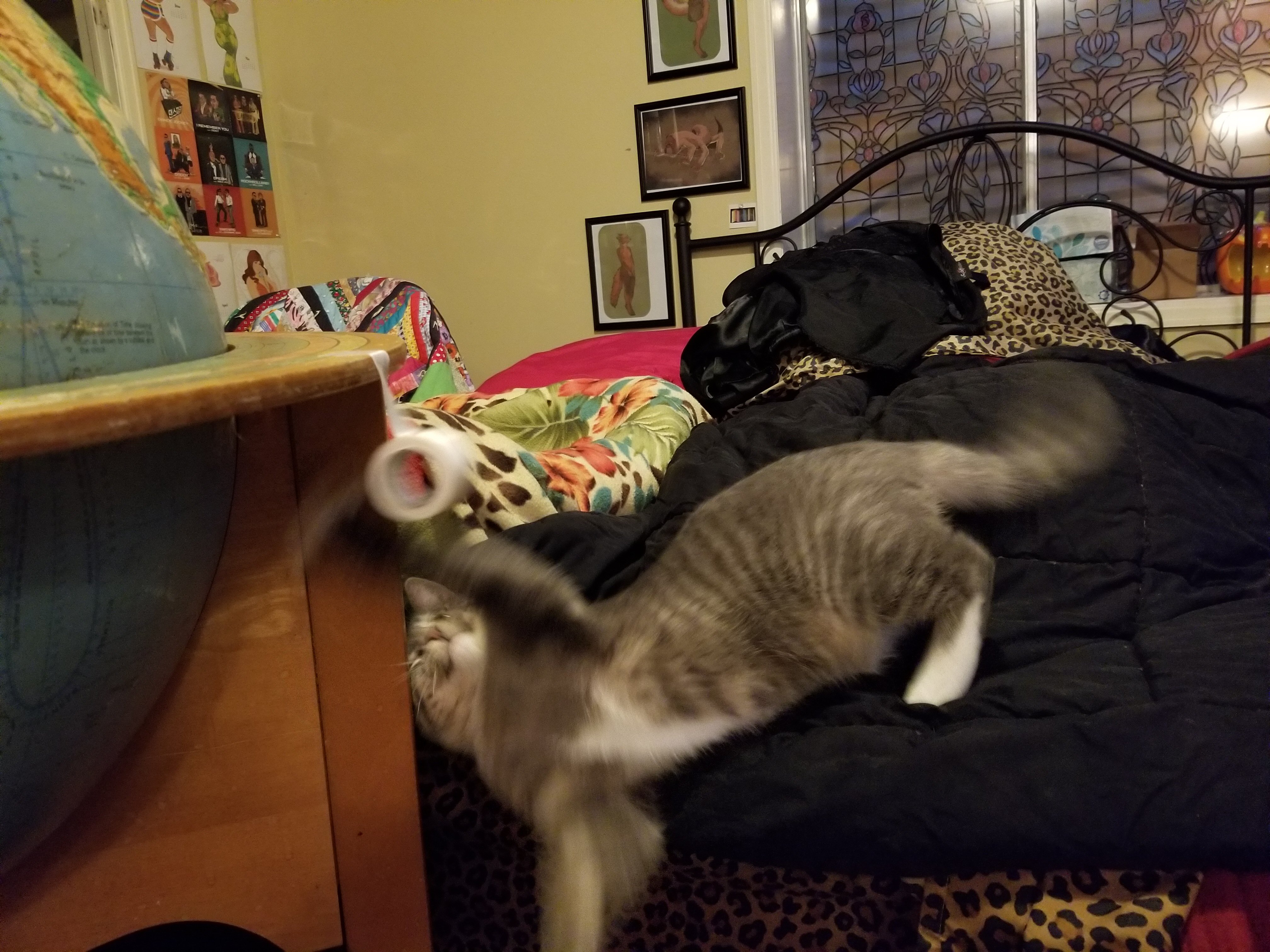 Also one day at work my hair looked really cute. Of course I do my hair the same every time, but sometimes I do it better than others. 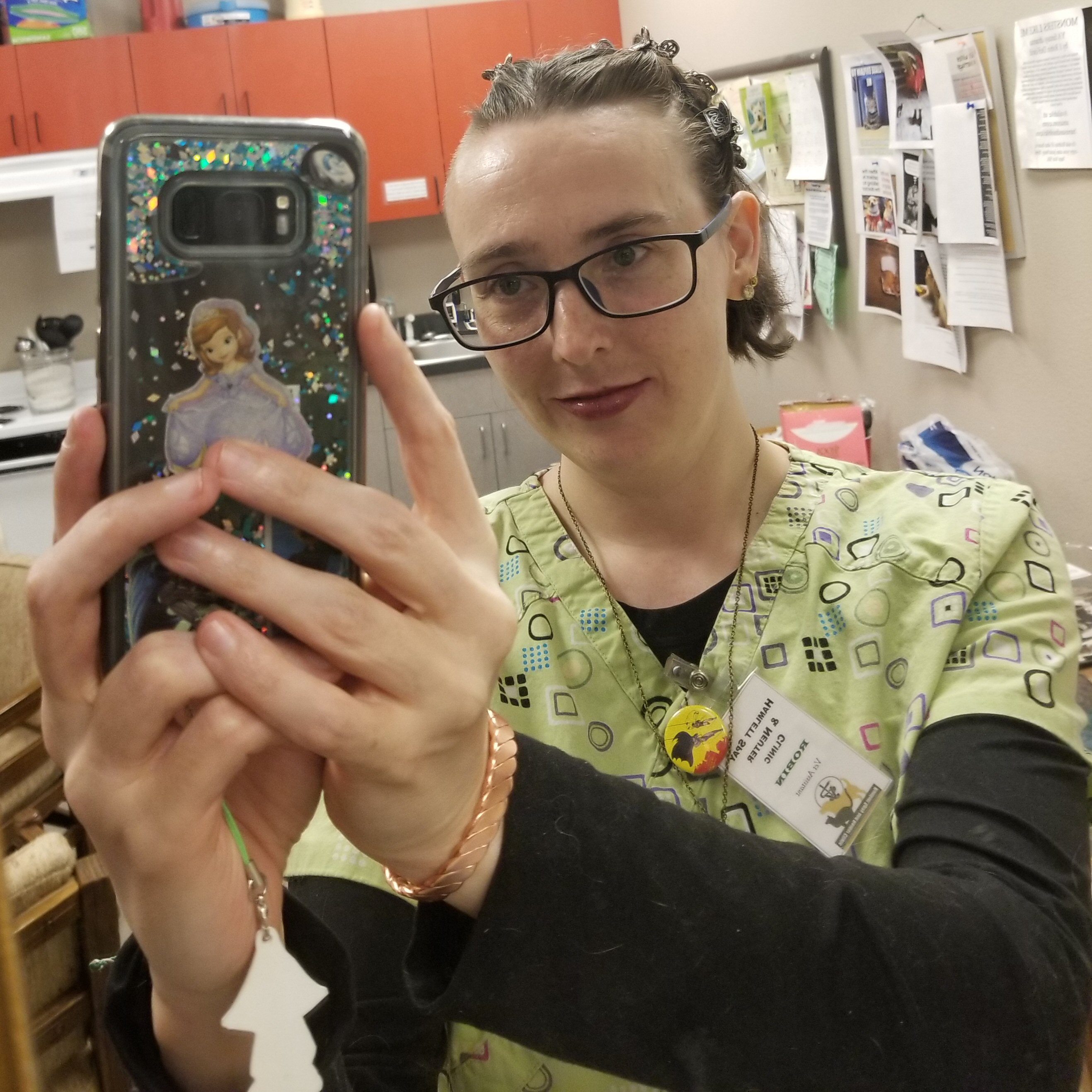 One time we played Telestrations. Here are the pictures I thought should be preserved, drawn by my cousin, myself, and my brother, respectively: 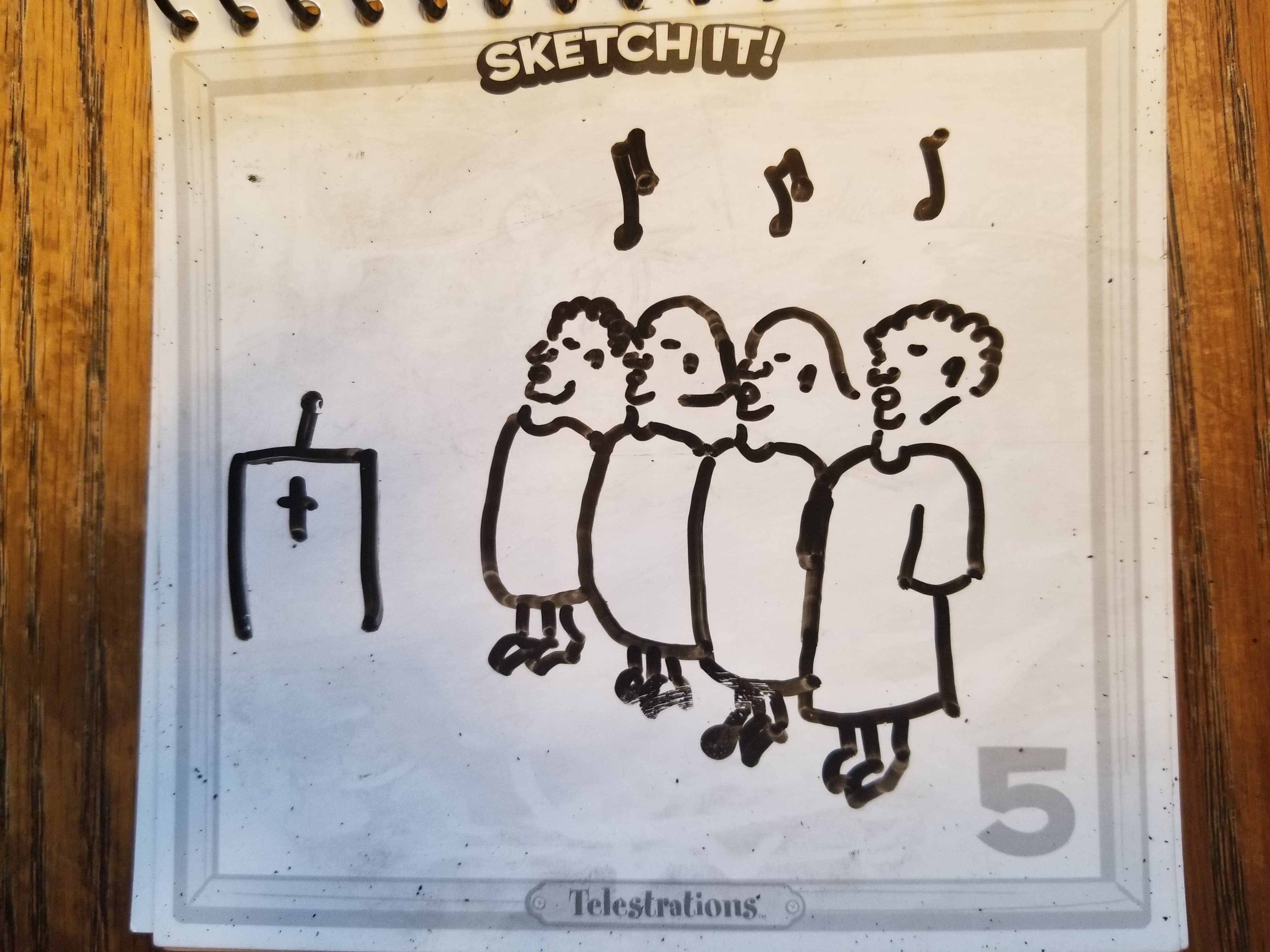 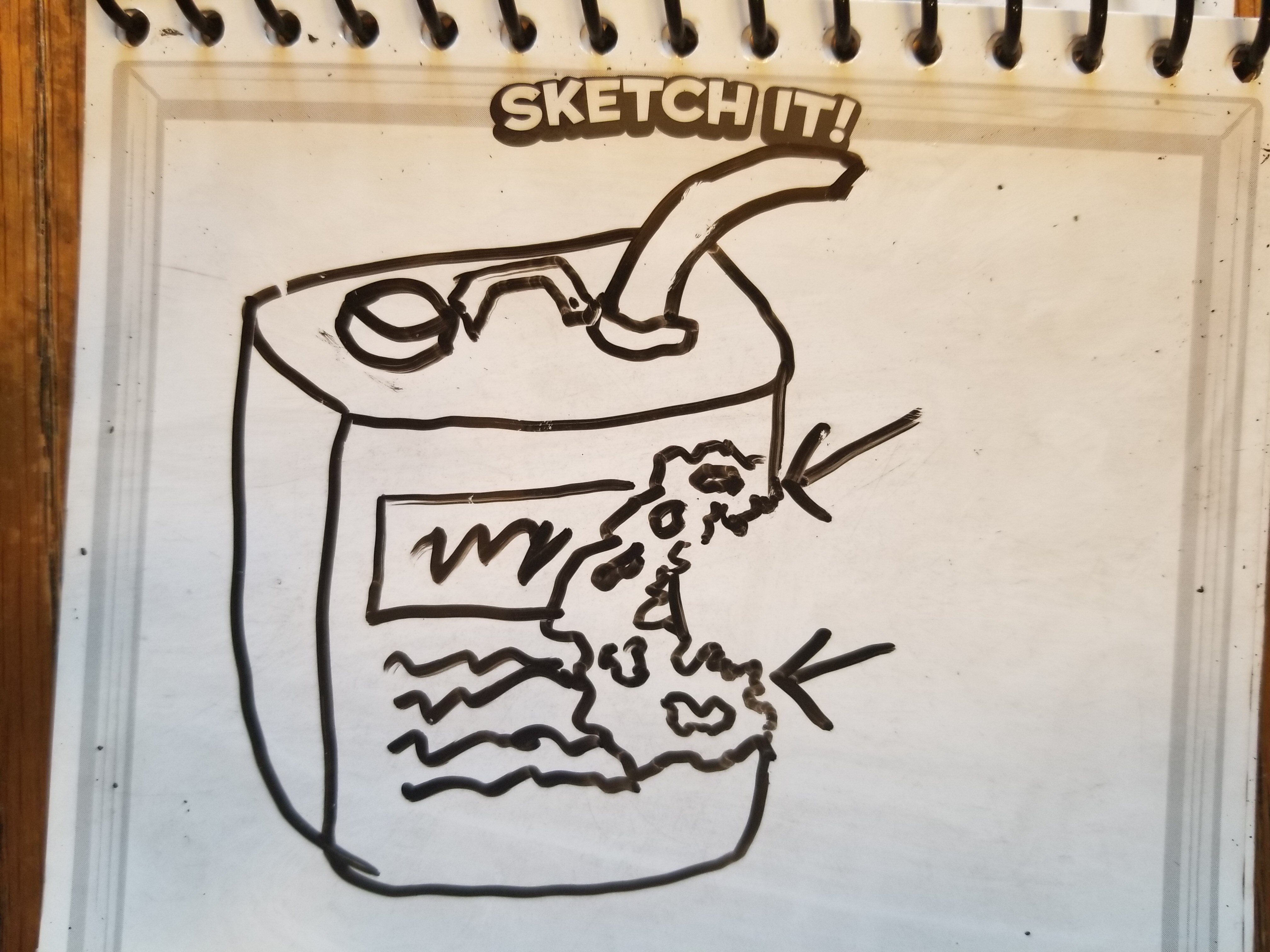 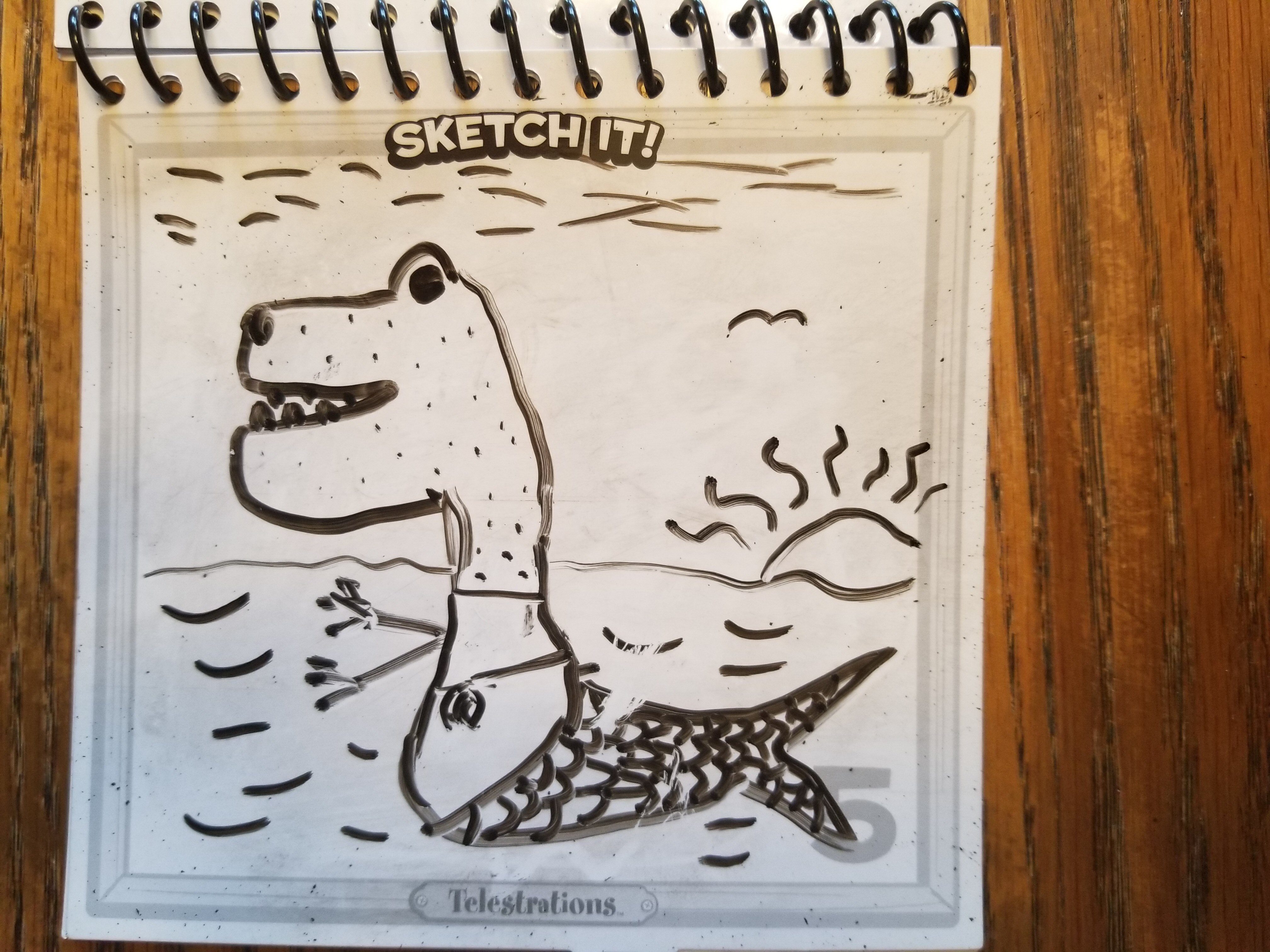 Piper often copies what the other cats do. I mean, she might be doing it just because she wants to out of her own head; but watching her, it really seems more like imitation, and it’s freaking adorable. Here are she and Waybee making a bean train. 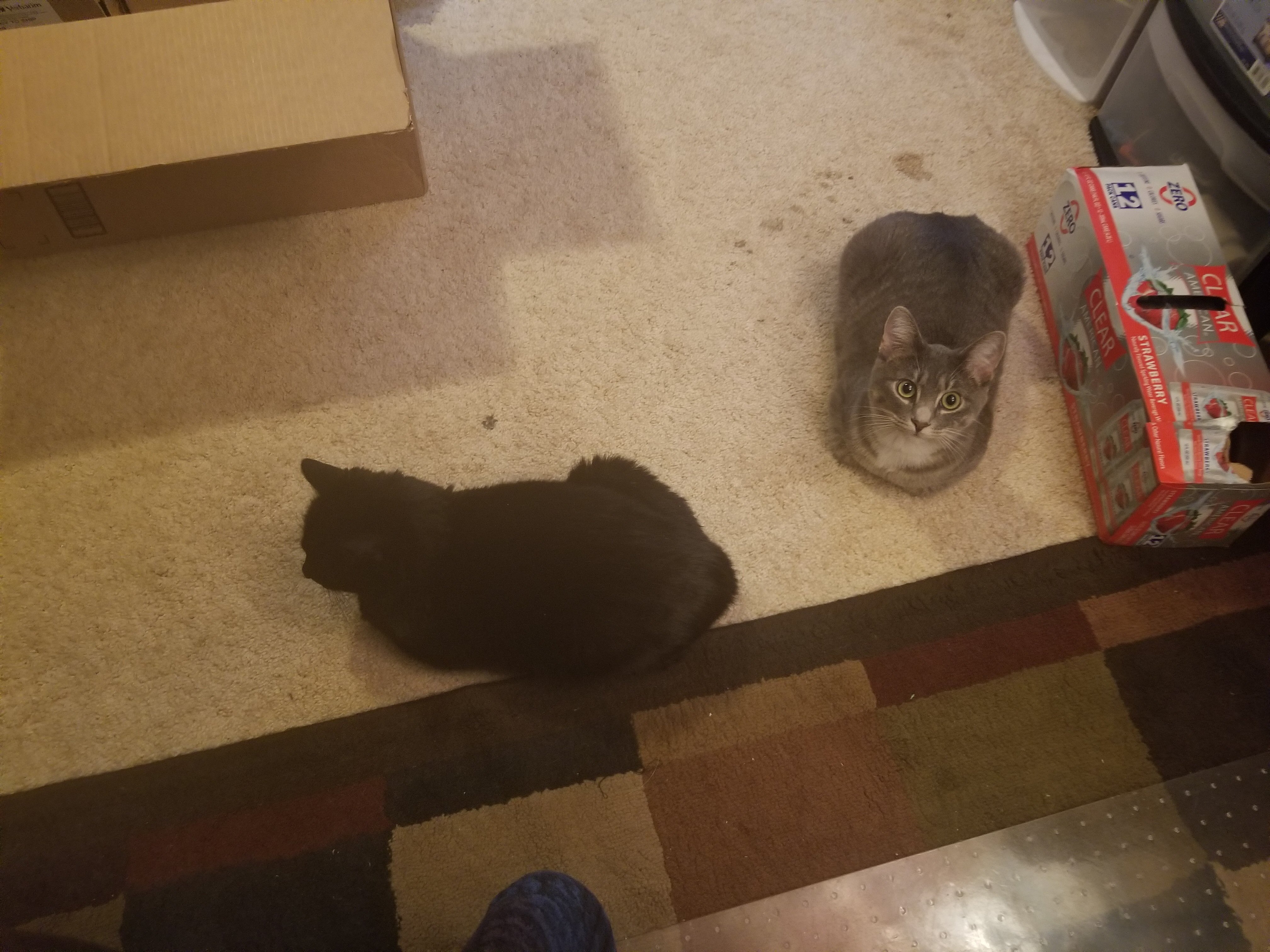 That same day, whether deliberately or otherwise, Waybee blocked Hiko from getting out into the middle of the room, and he became Hiko Speako as he sometimes does when there’s a cat doing something. My apologies for the vertical video.

I only managed to catch some of his speaking. One of these days I’ll get a really good recording.