I was playing Breath of the Wild in the rec. room, and Waybee came to sit on my lap. Then Hiko came in and sat at my feet and spoke at Waybee until she got annoyed and left. Hiko jumped up on my lap and lay there for a while. Then Piper came in and wanted to curl up with Hiko, whom she loves. It was a little crowded on my lap then, and after a while Hiko left. Since he’d left, Piper left also. Waybee came back and sat on my lap again, but by then Piper, who imitates the other cats quite a bit, had become interested in this solo sitting-on-human’s-lap thing. So she harassed Waybee off my lap again and curled up there herself. It was the first time she’d ever been on my lap alone voluntarily. 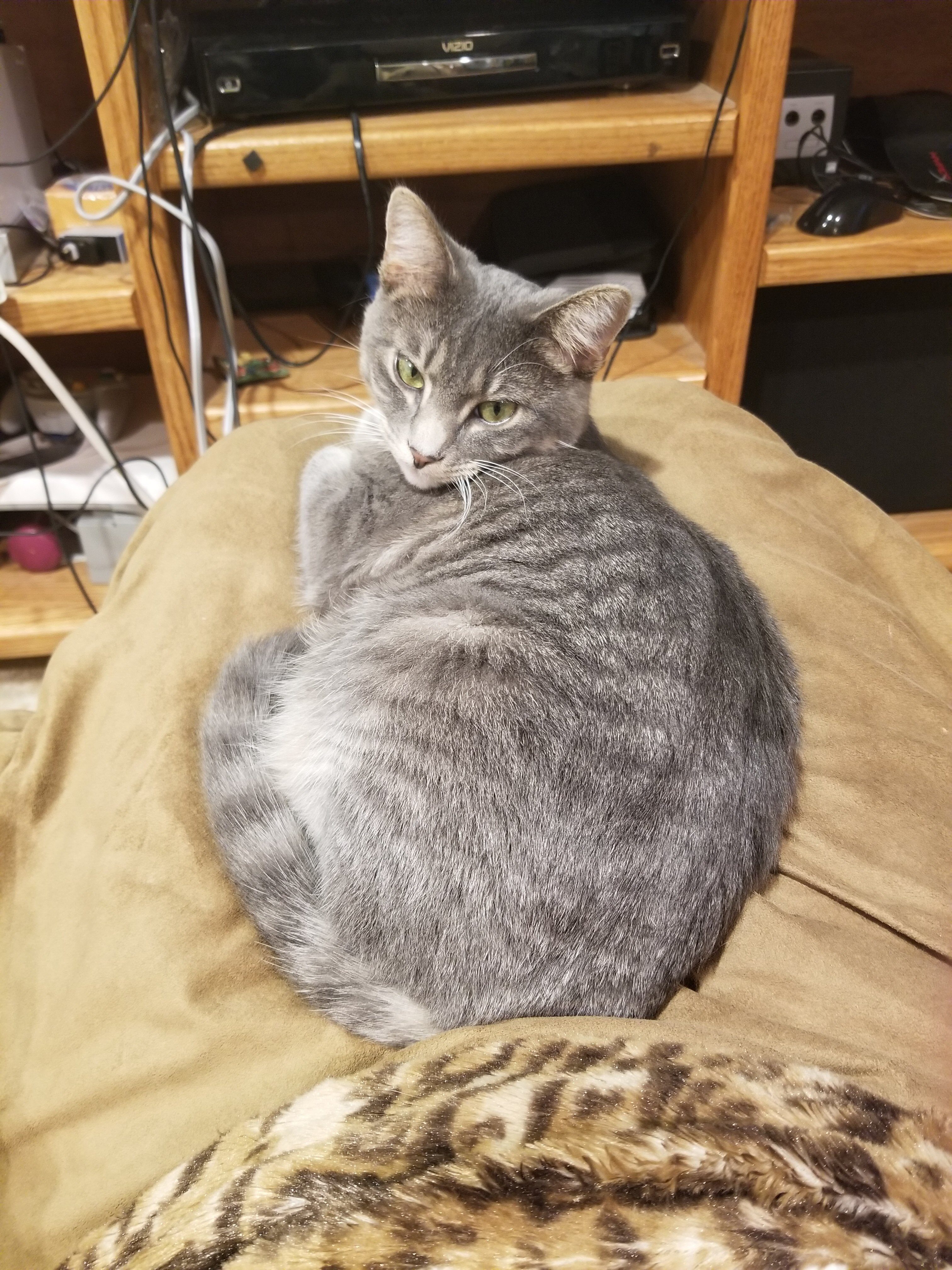 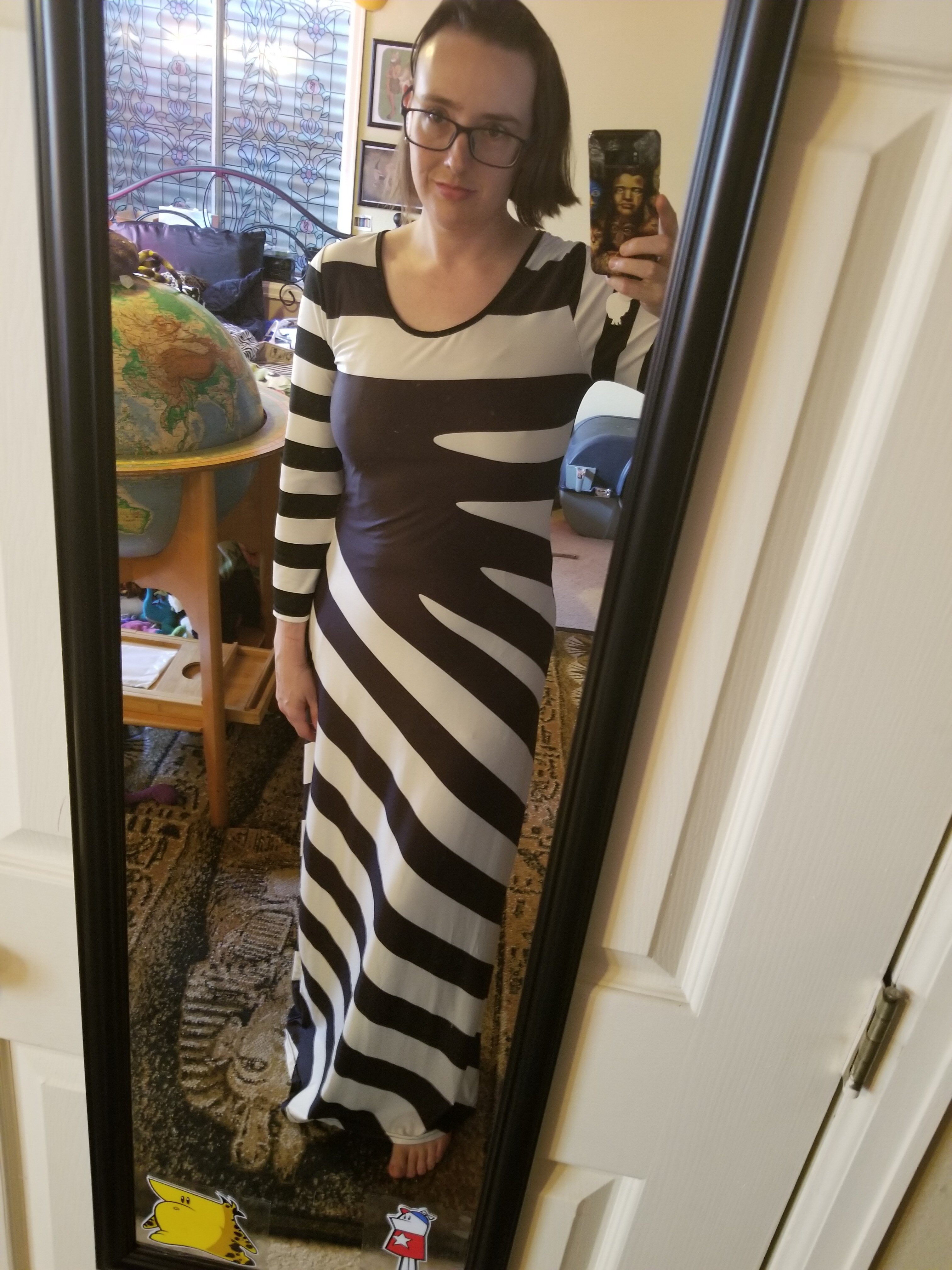 Yes, I know I said I was trying to resist taking a picture of every cute thing I ever wore. But Piper has a tendency to climb me or attack my legs, so I need to document these things before she ruins thems.

That same day, I received a package from China. I think it had a barrette in it, but you wouldn’t know from the manifest: 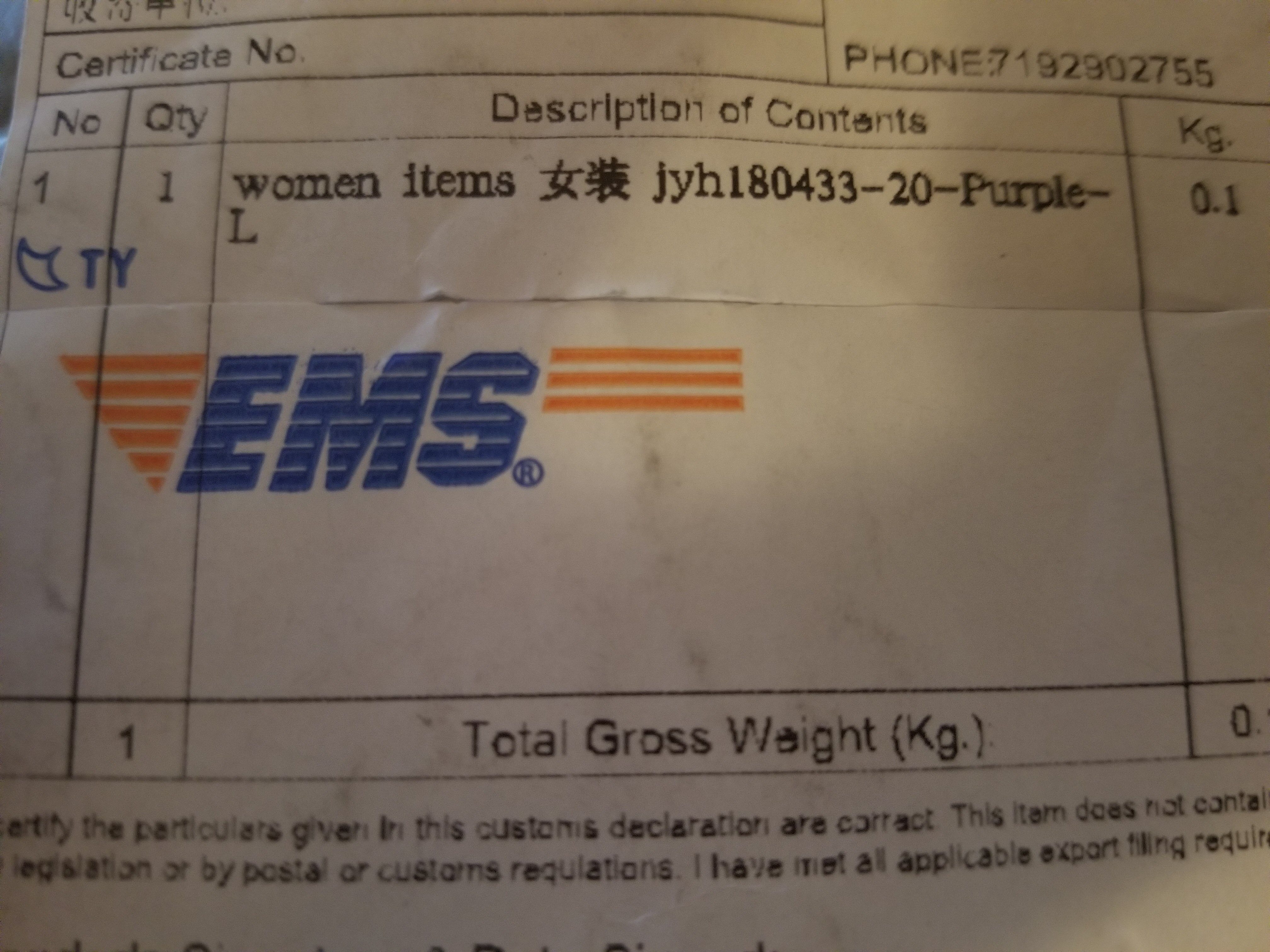 Miss ? and my cute toenails: 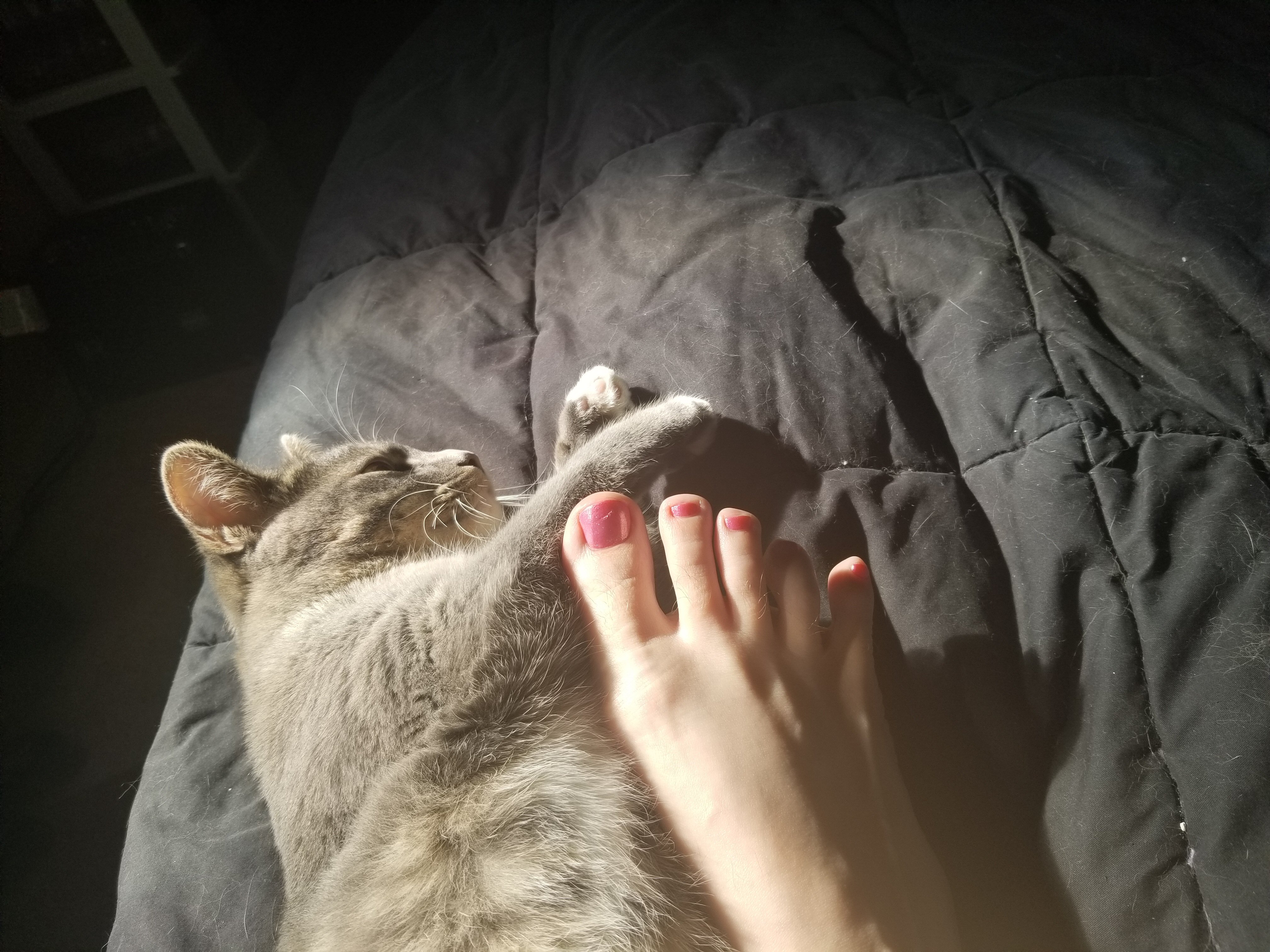 That day I wore this adorable sweater dress, and if you look closely near my necklace, you can see a pulled thread courtesy of Pipety: 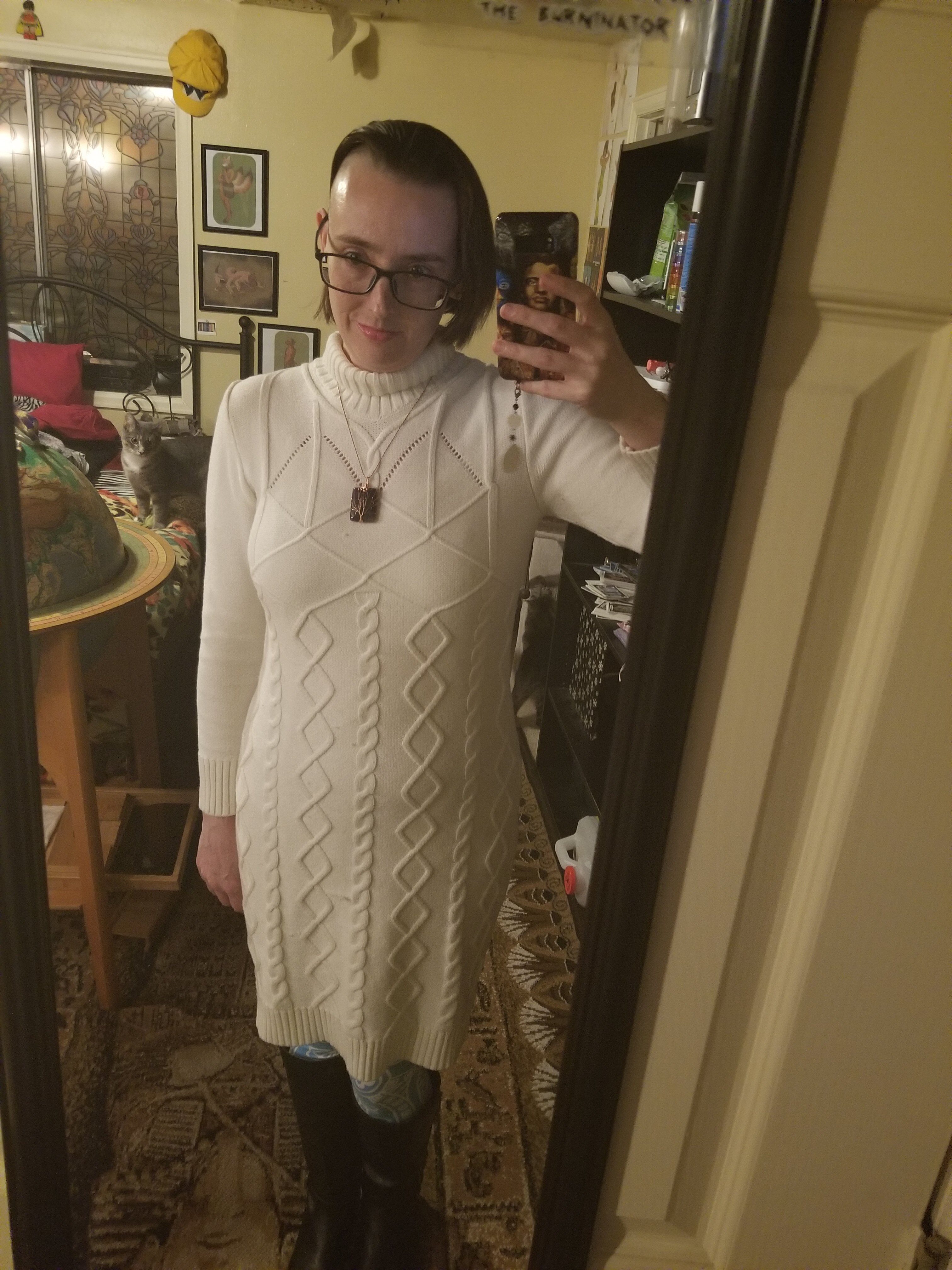 Also, it’s a good thing these two are best friends, because I really wouldn’t put up with this sleeping arrangement: 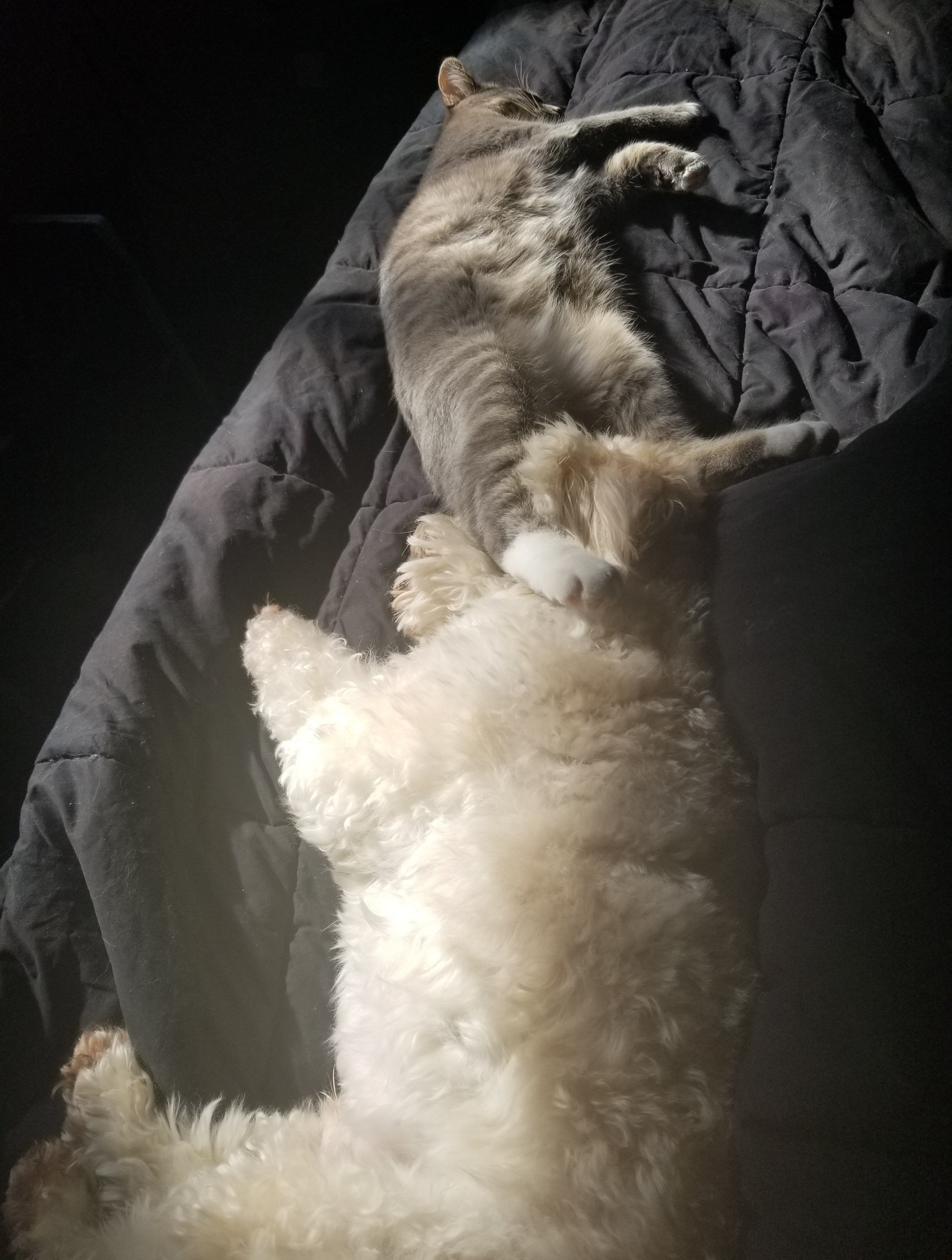 I can’t believe I didn’t take a single picture of Galileo these two weeks.