Popular names for cats and dogs go through phases just like popular names for human childs. When I get multiple cats in with the same name, I try to arrange them creatively.

(Achilles is not a common name; it just happens to rhyme with “three Lilys.”)

OK, take a look at this screenshot of a frame from an old Batman comic– 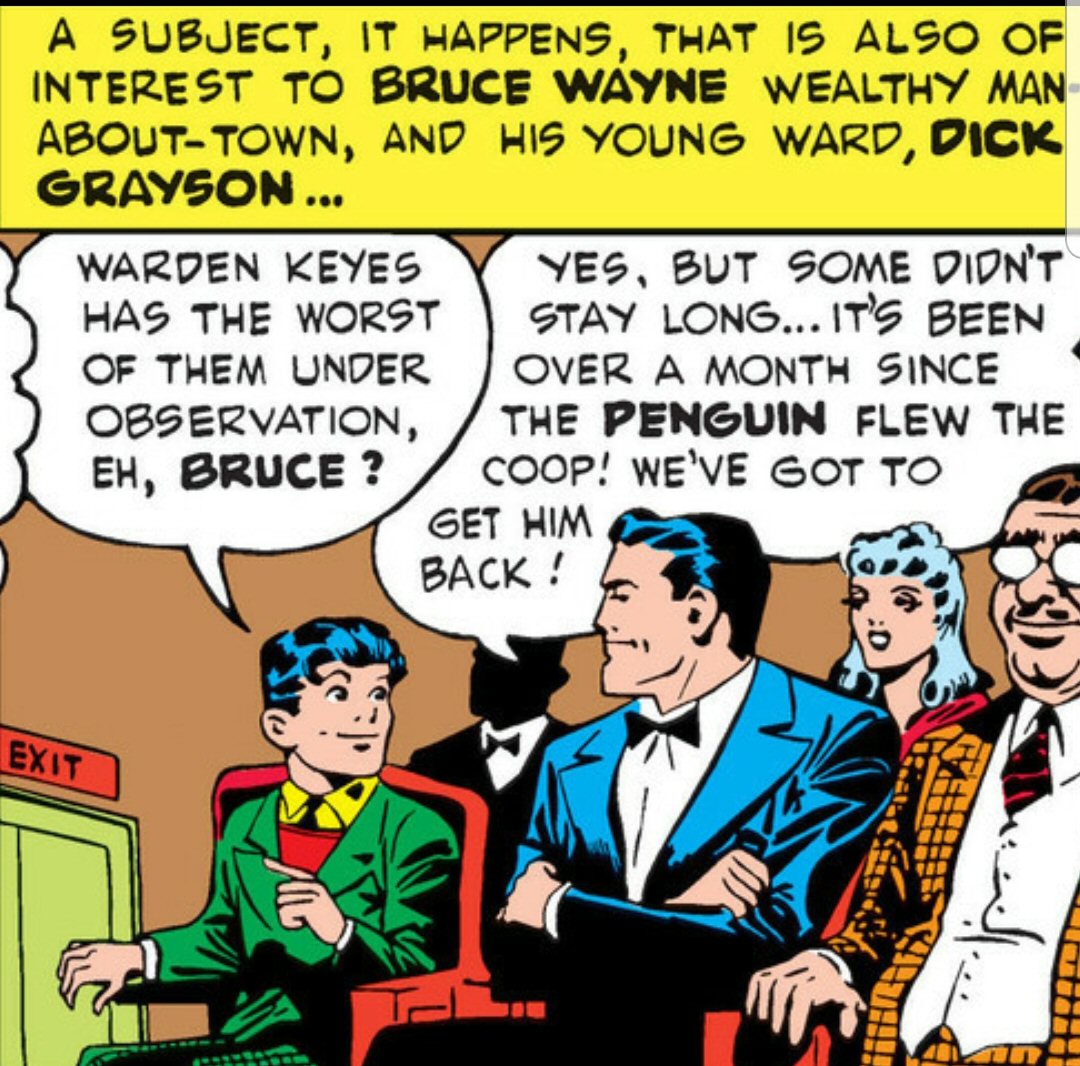 –and just try to tell me it doesn’t look like it says that Bruce Wayne is a wealthy man-dick.

Sometimes ? is naughty and scratches the furniture. One time she got her claw stuck, and serve her right. 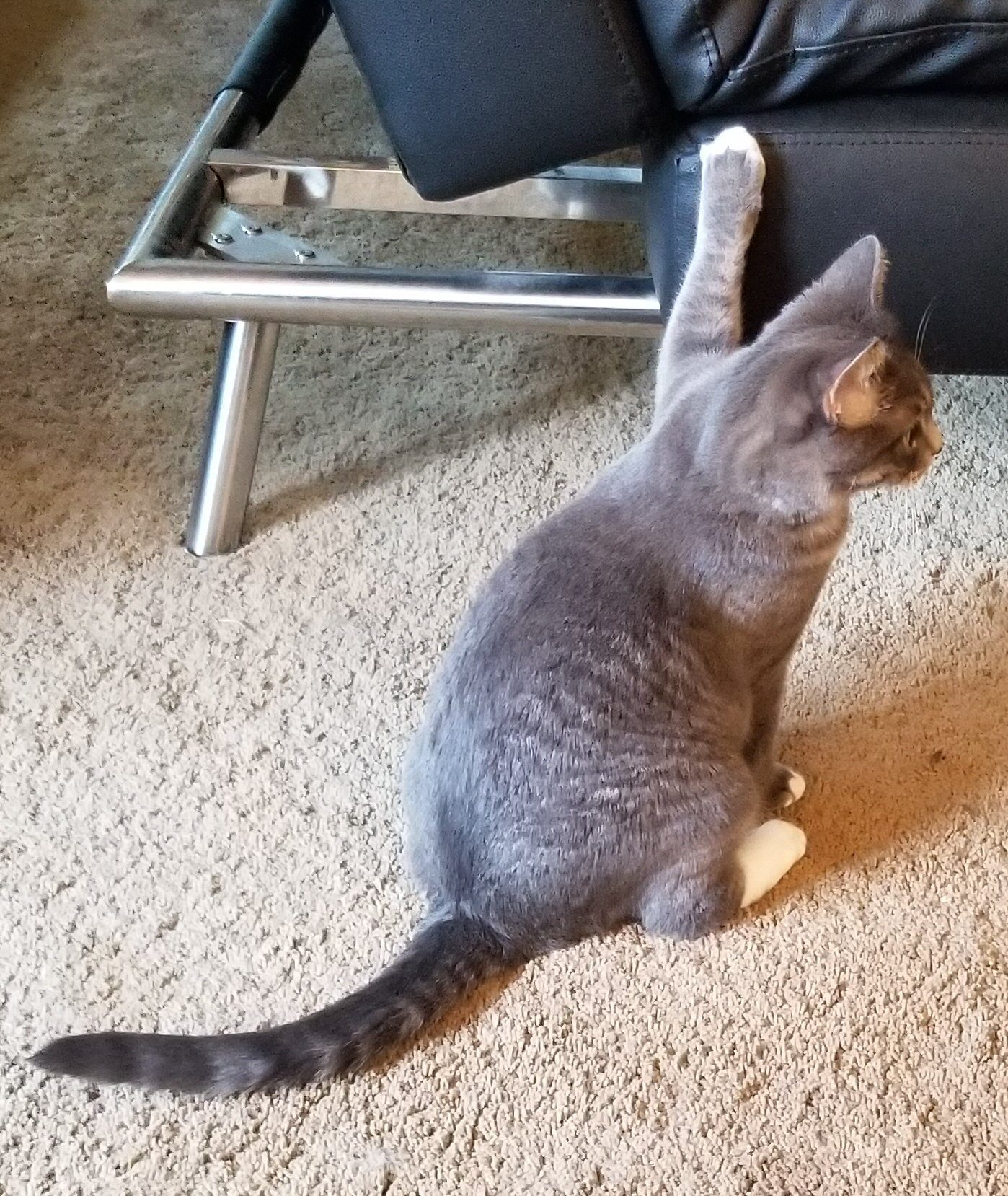 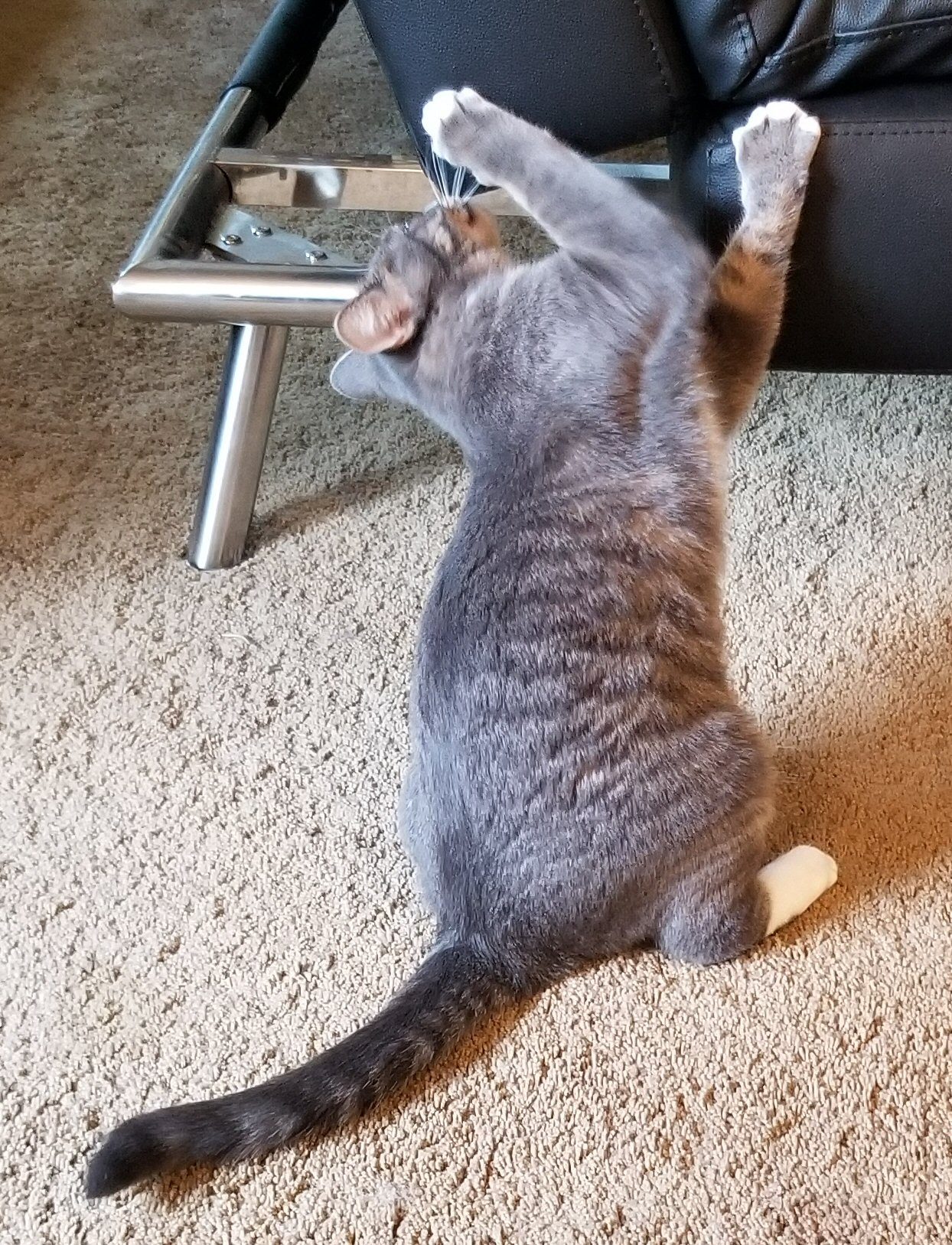 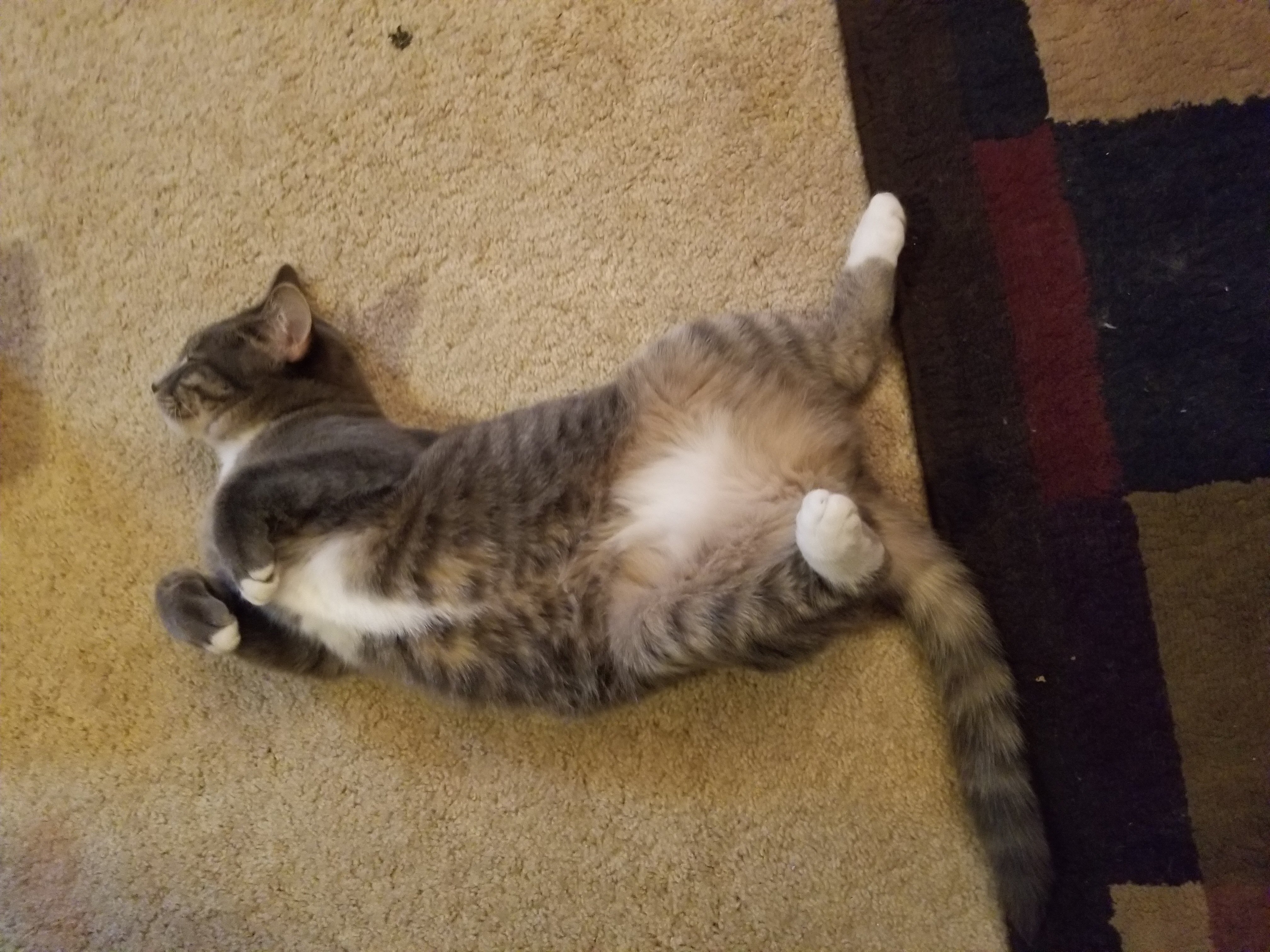 We had all the windows in the house replaced, so the window seat bedding had to be moved. Waybee liked it in its new spot on the couch. 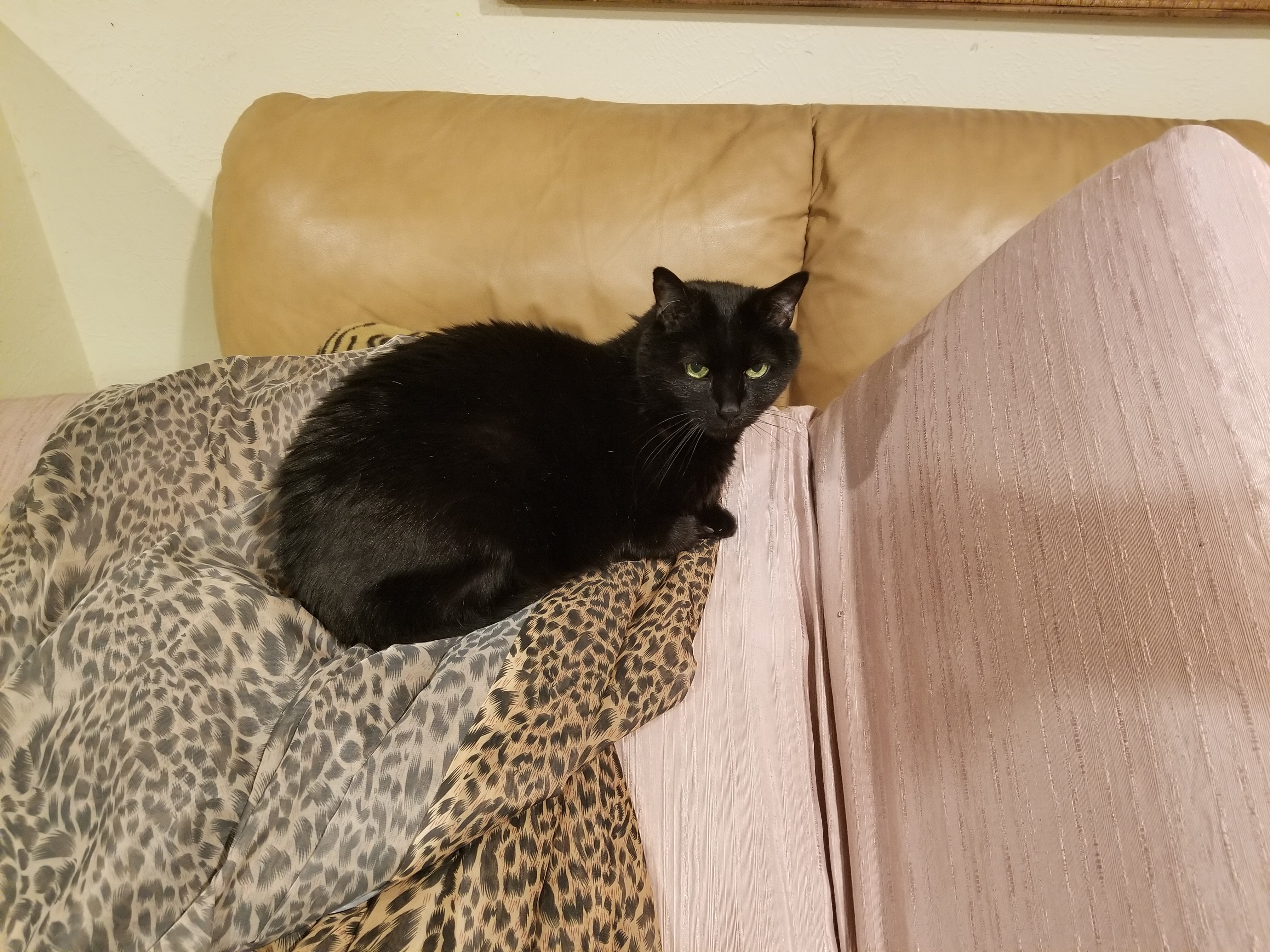 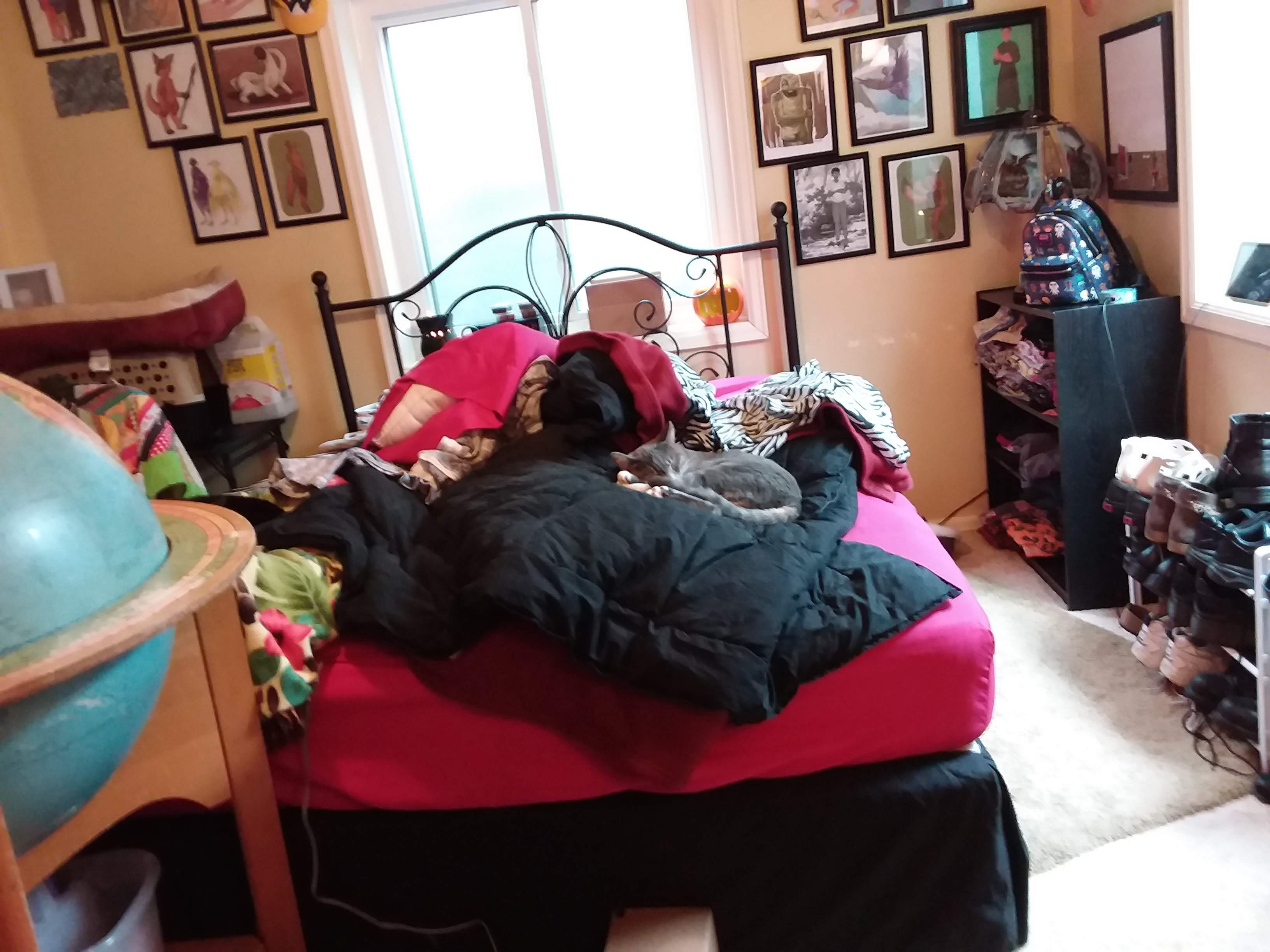 Check out how cool this charger looked as it came a little uncoiled: 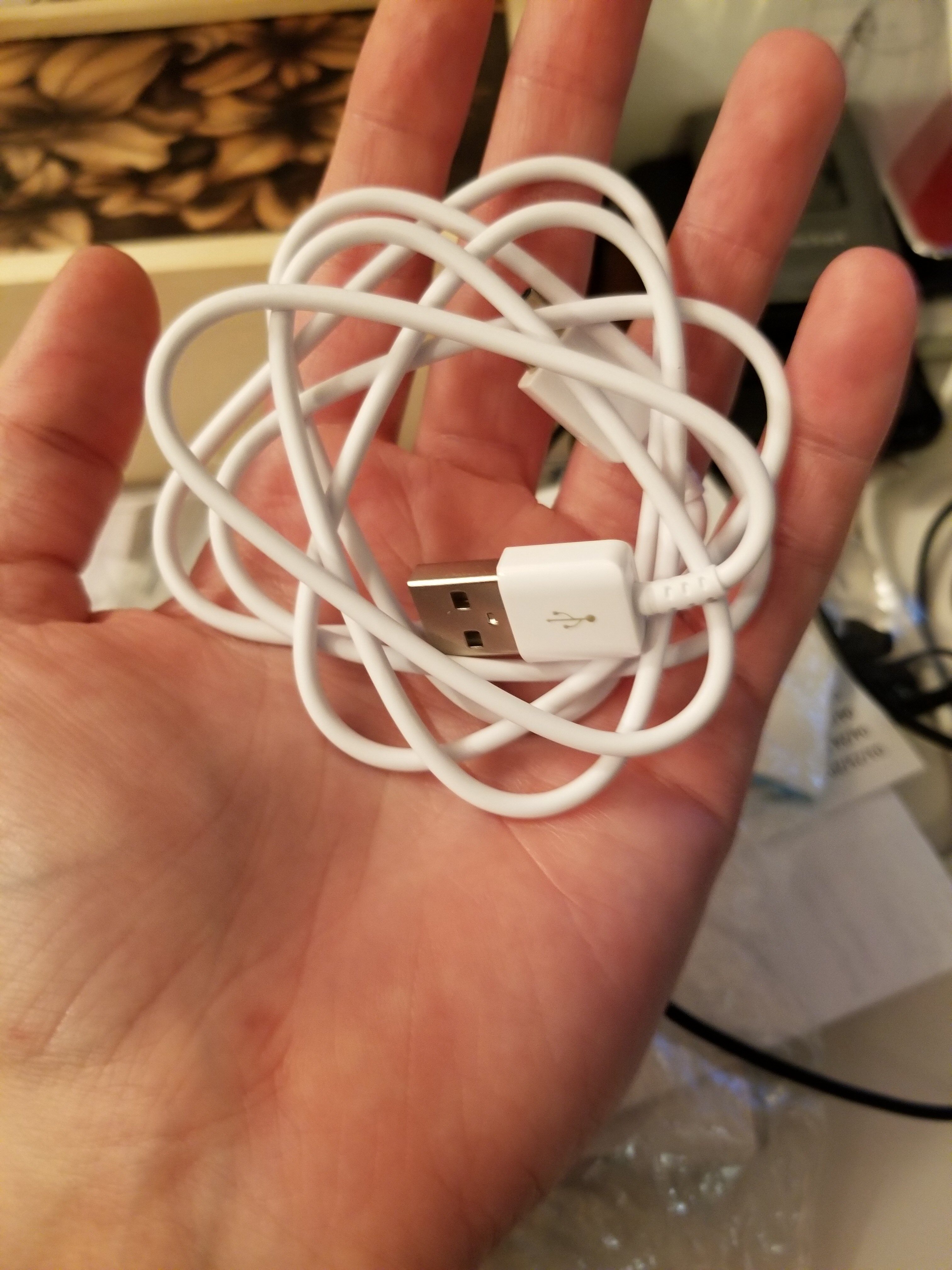 Hiko is not supposed to be in the kitchen, and look what a good boy he can be: 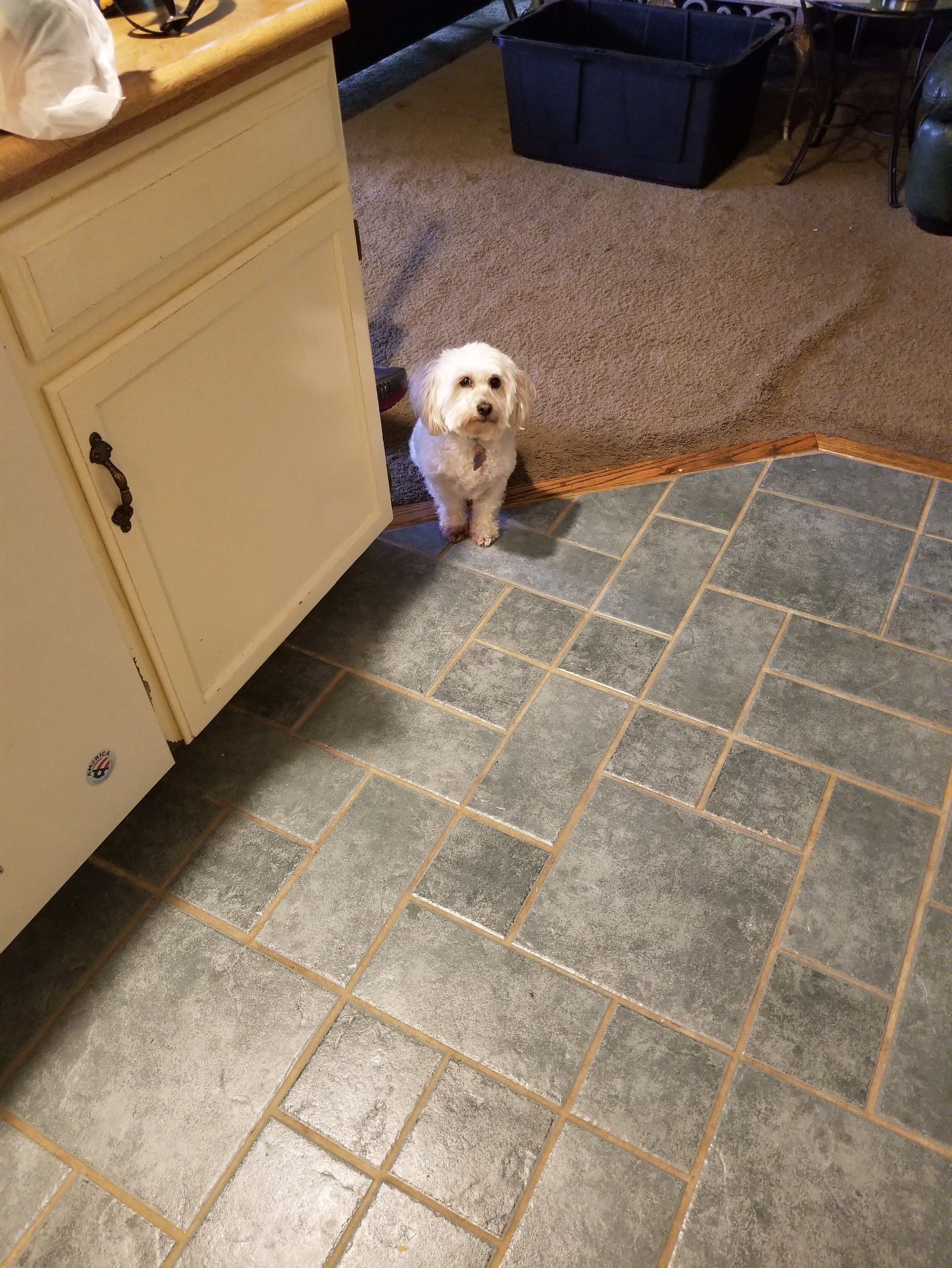 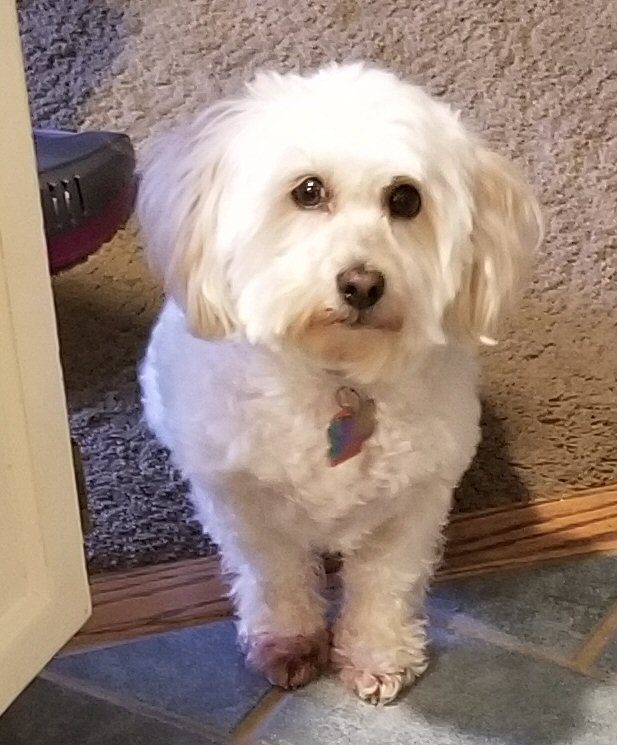 Check out my beautiful red sweater: 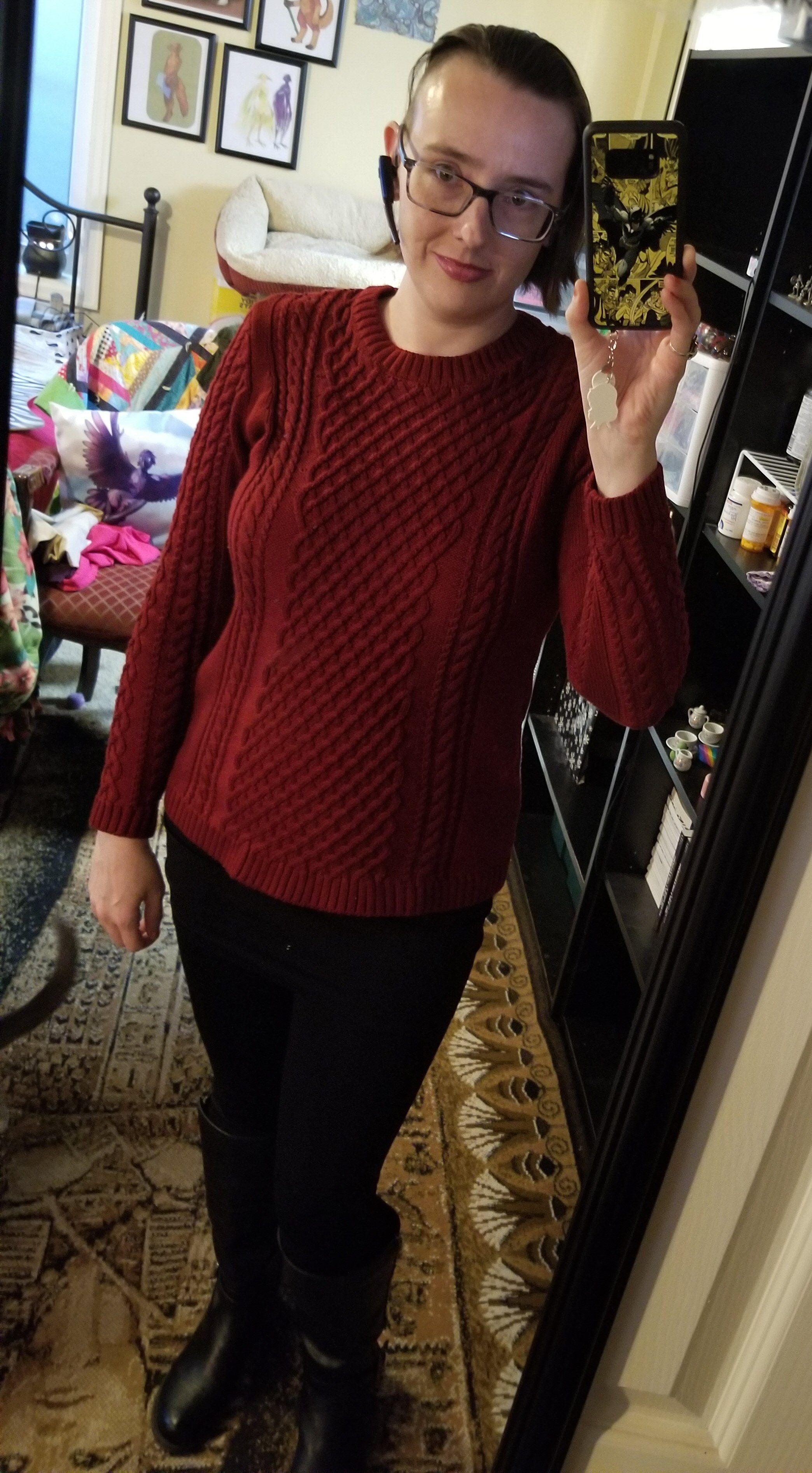 It’s hard to casually get really good photos of Pikes Peak, because in most places one visits on a daily basis there’s all city stuff in the way. But I got this lovely shot, and cropped a billboard out of it, and I really like it:

I kinda feel like I need to put it on a mug or something.

Then there’s this gal at work: 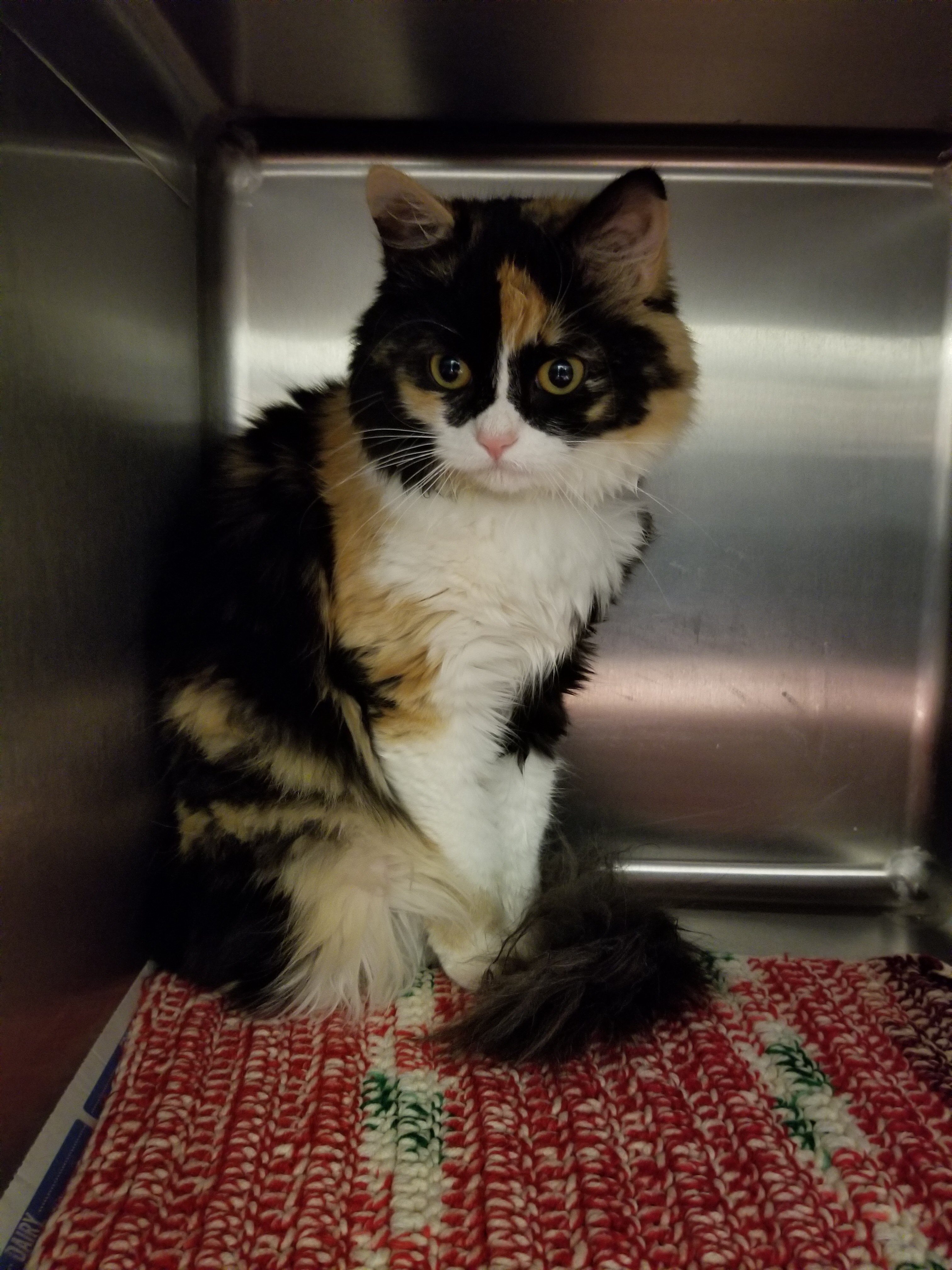 I got a new tablet because, though my Kindle Fire is really good for watching stuff and reading comics on in the bathtub, I was really sick of not having an Android and access to Android apps. The new one is awesome and amazing and I’m super glad I got it. Anyway, I took some selfies at work with it, and its camera is quite decent. 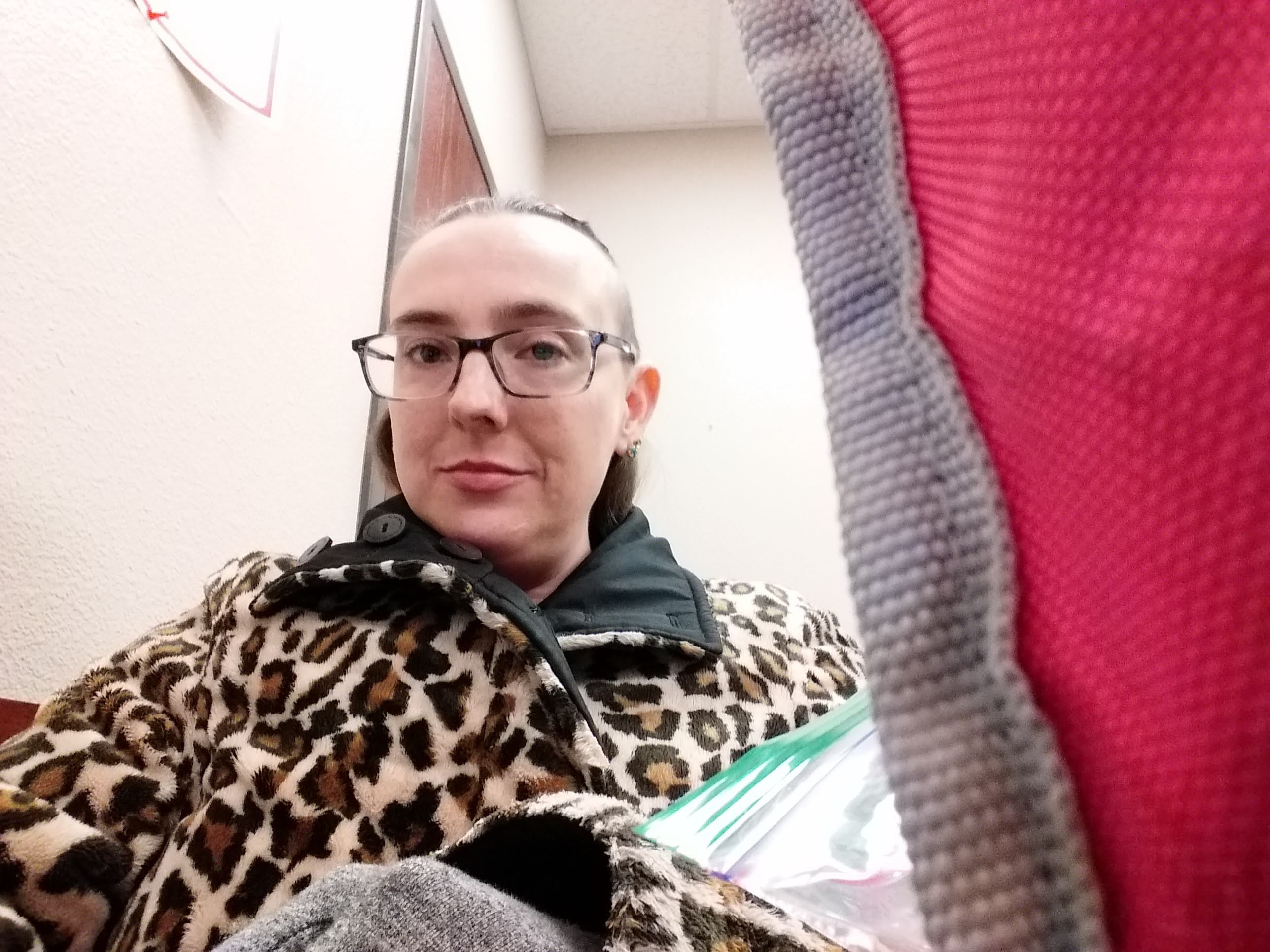 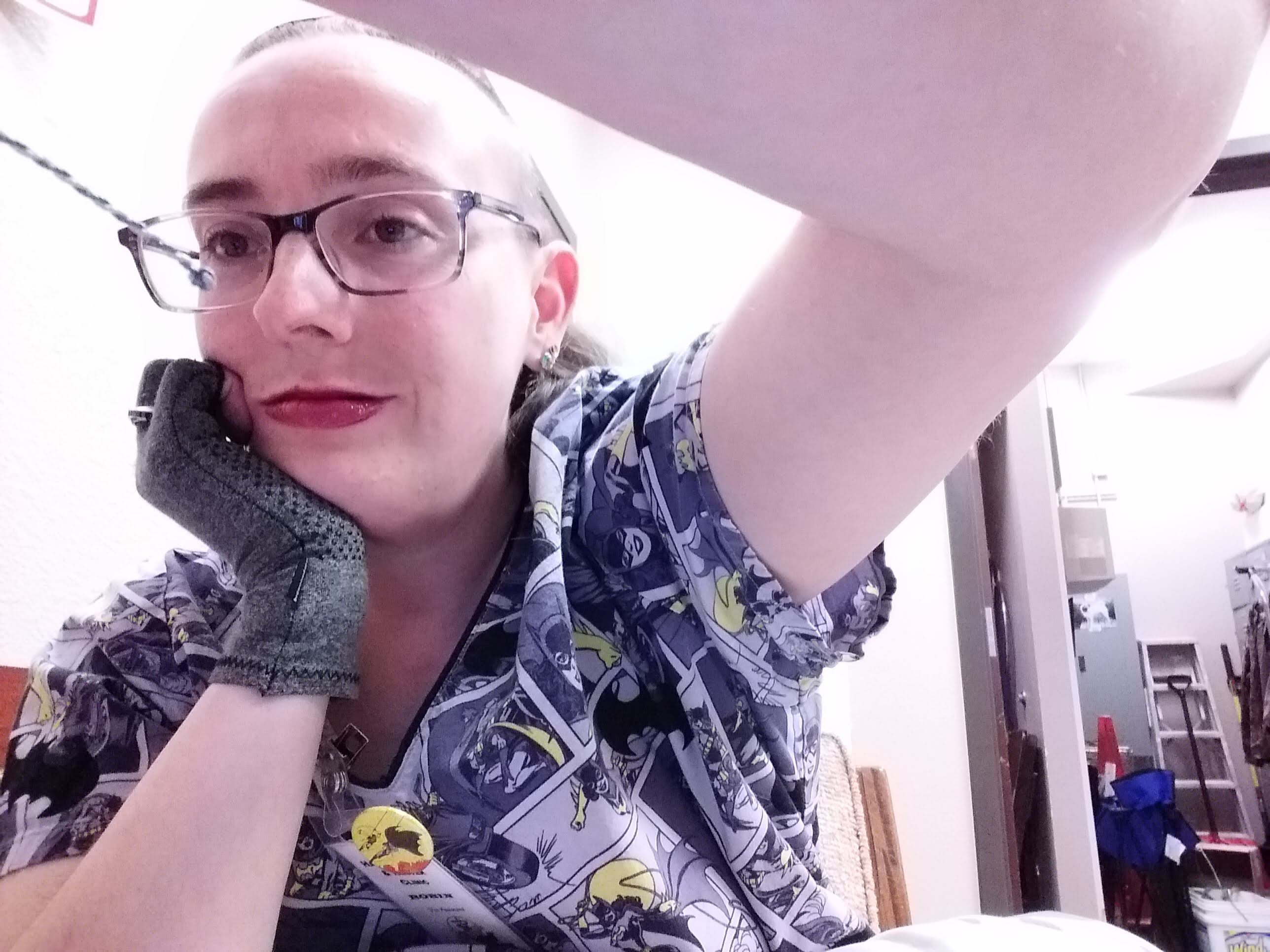 I’m in charge of laundry at work, and I often joke that I run a blanket rescue on the side. People donate blankets to us all the time, and sometimes they’re in perfect shape and I guess the people just don’t like them anymore? Anyway, I confiscate and take home any blanket I really like and don’t want to see get ruined by… all the things that happen to blankets at a spay/neuter clinic. This cute one was the most recent: 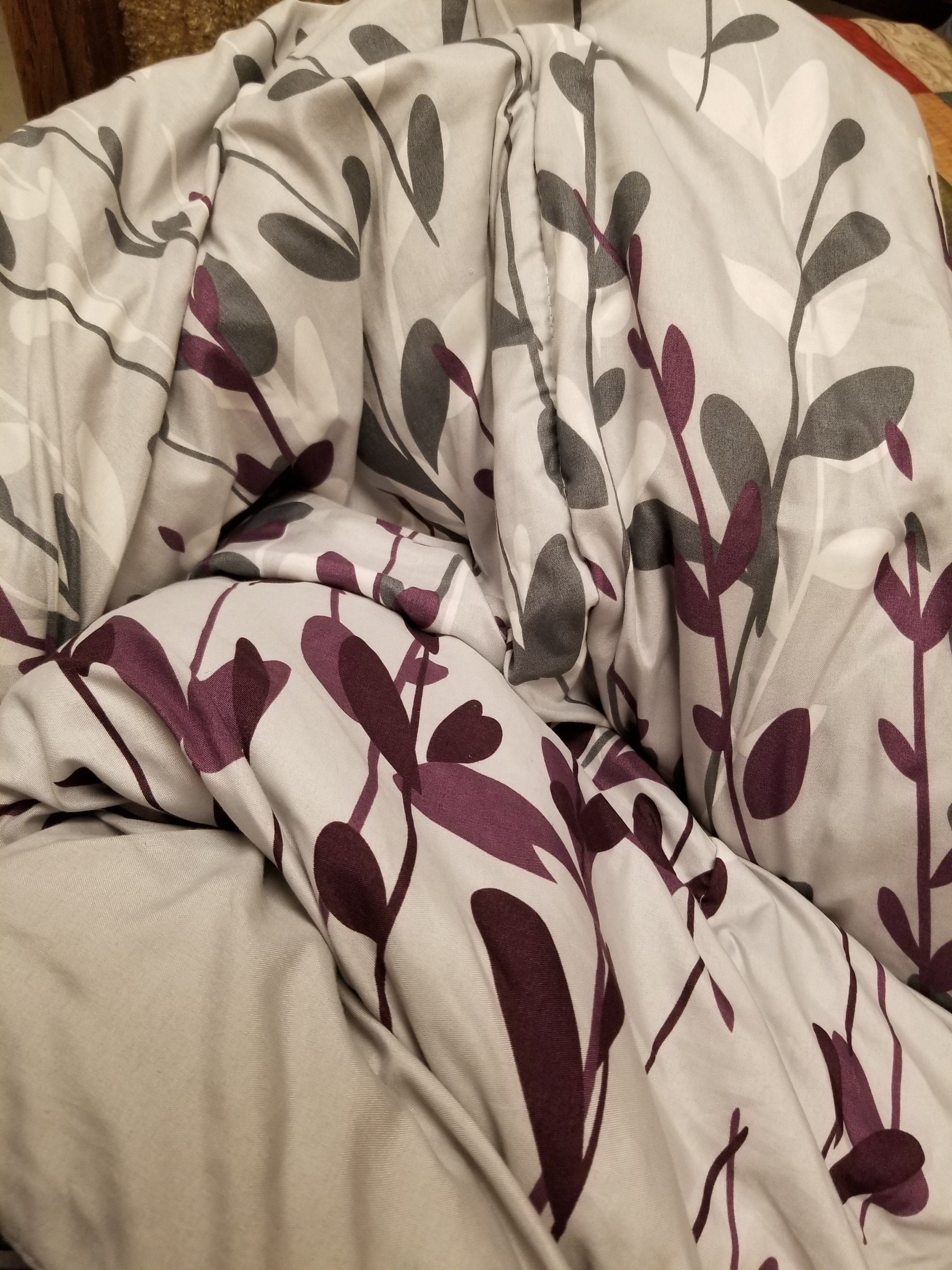 I should have gotten a shot of the purple back side, but I was being lazy.

OK, this tiny white bun with thick black eyeliner was probably the cutest bun I’ve ever seen in my life. And for all of that, I never managed to get a picture that really did him justice. 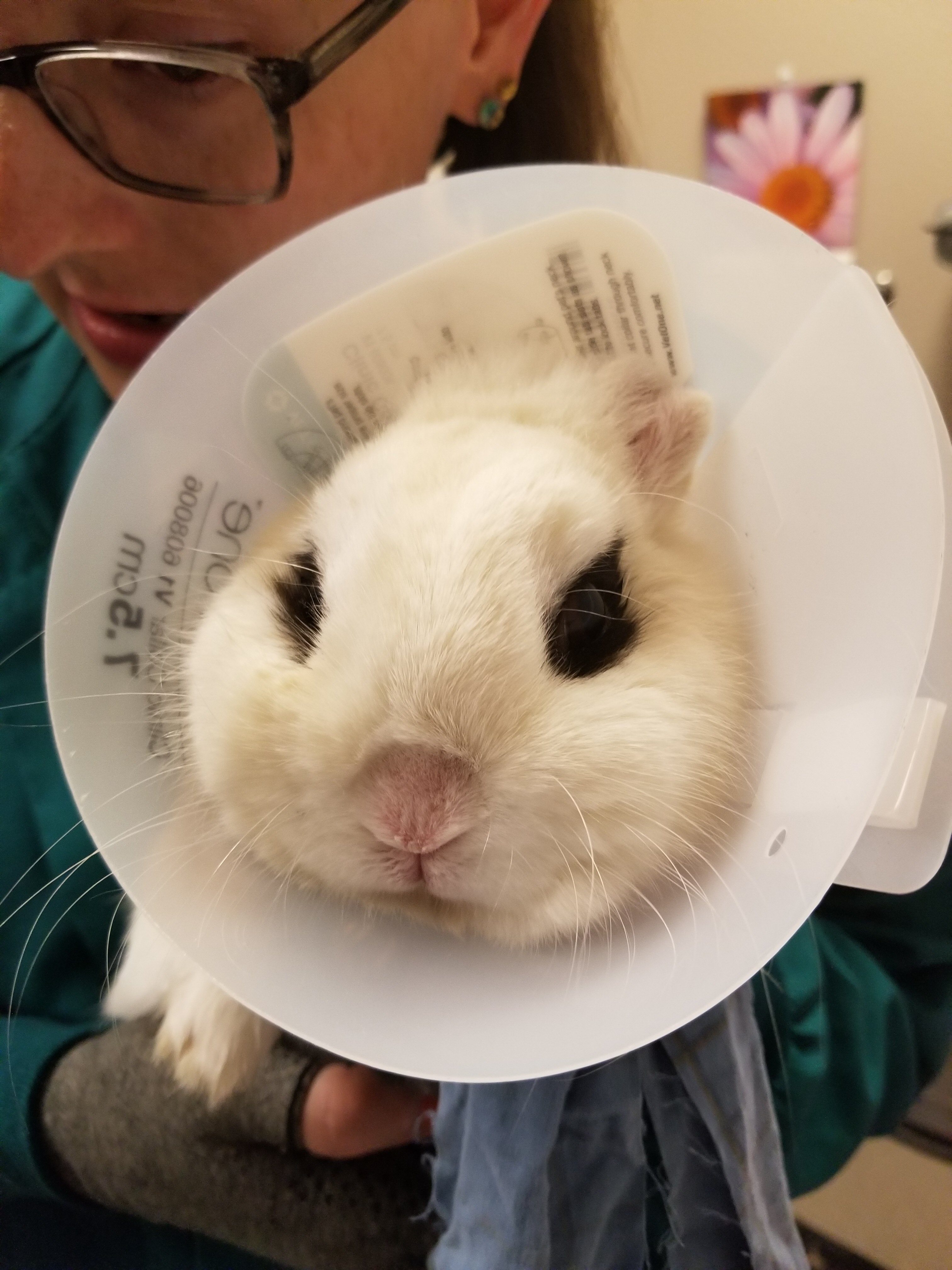 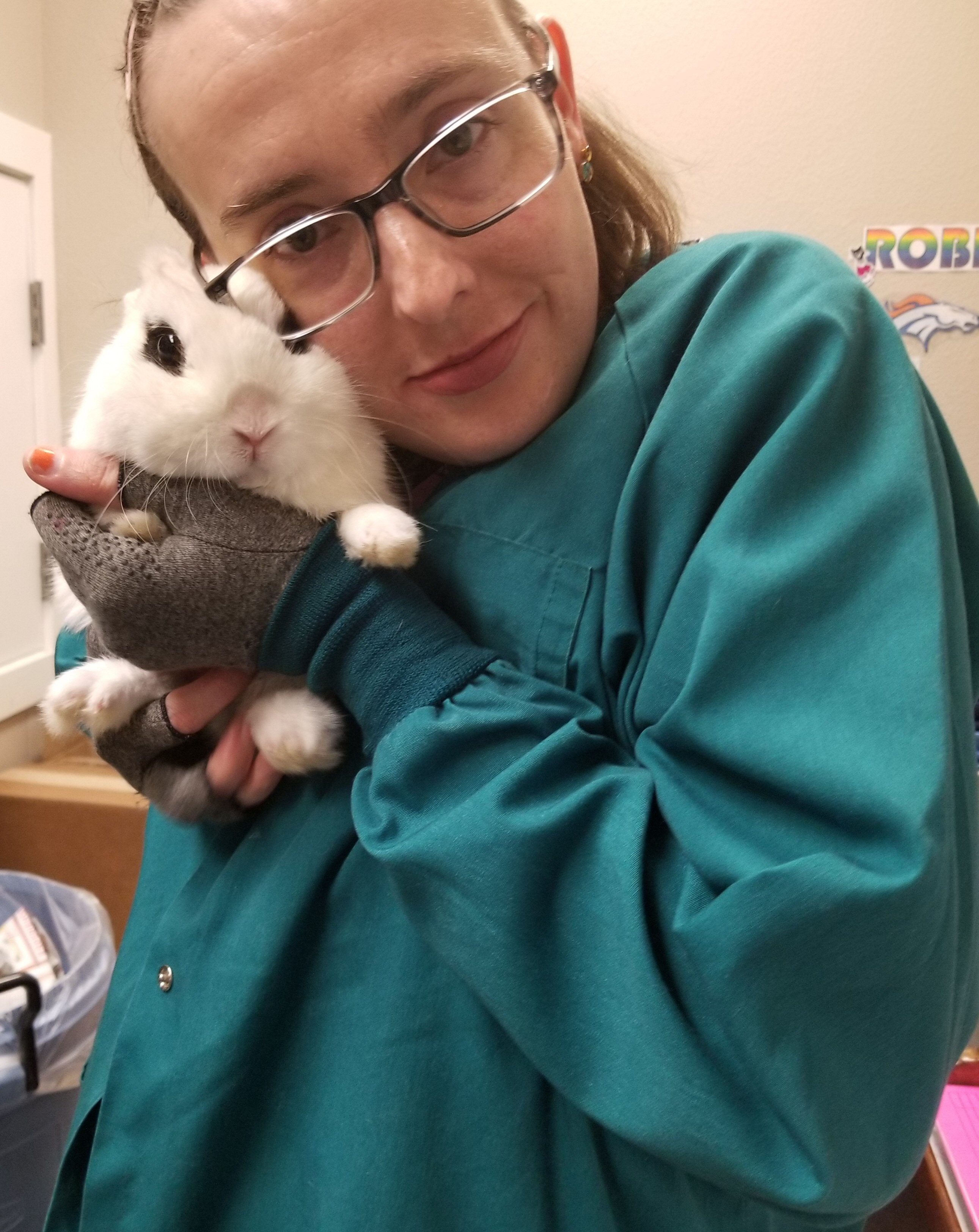 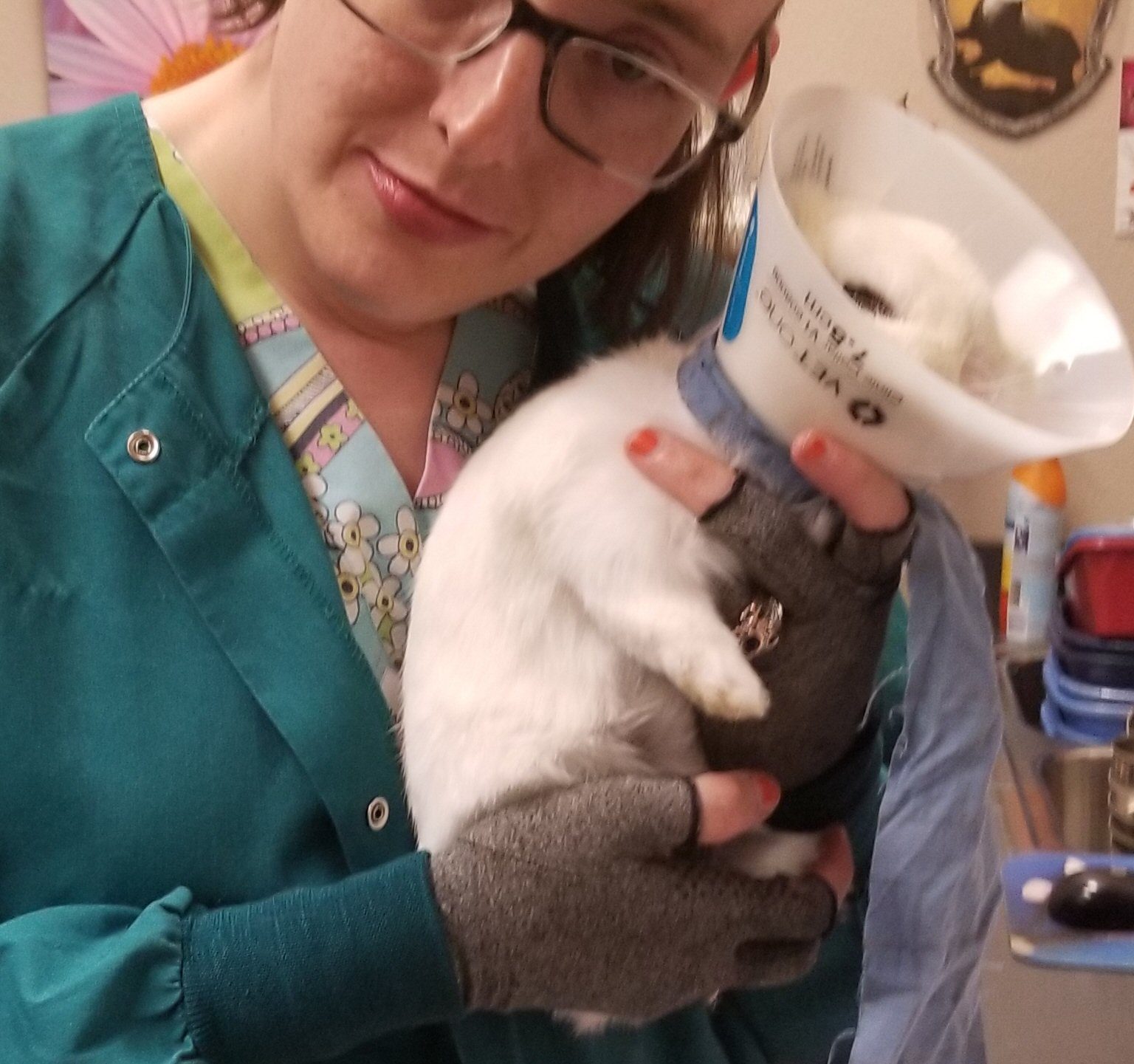 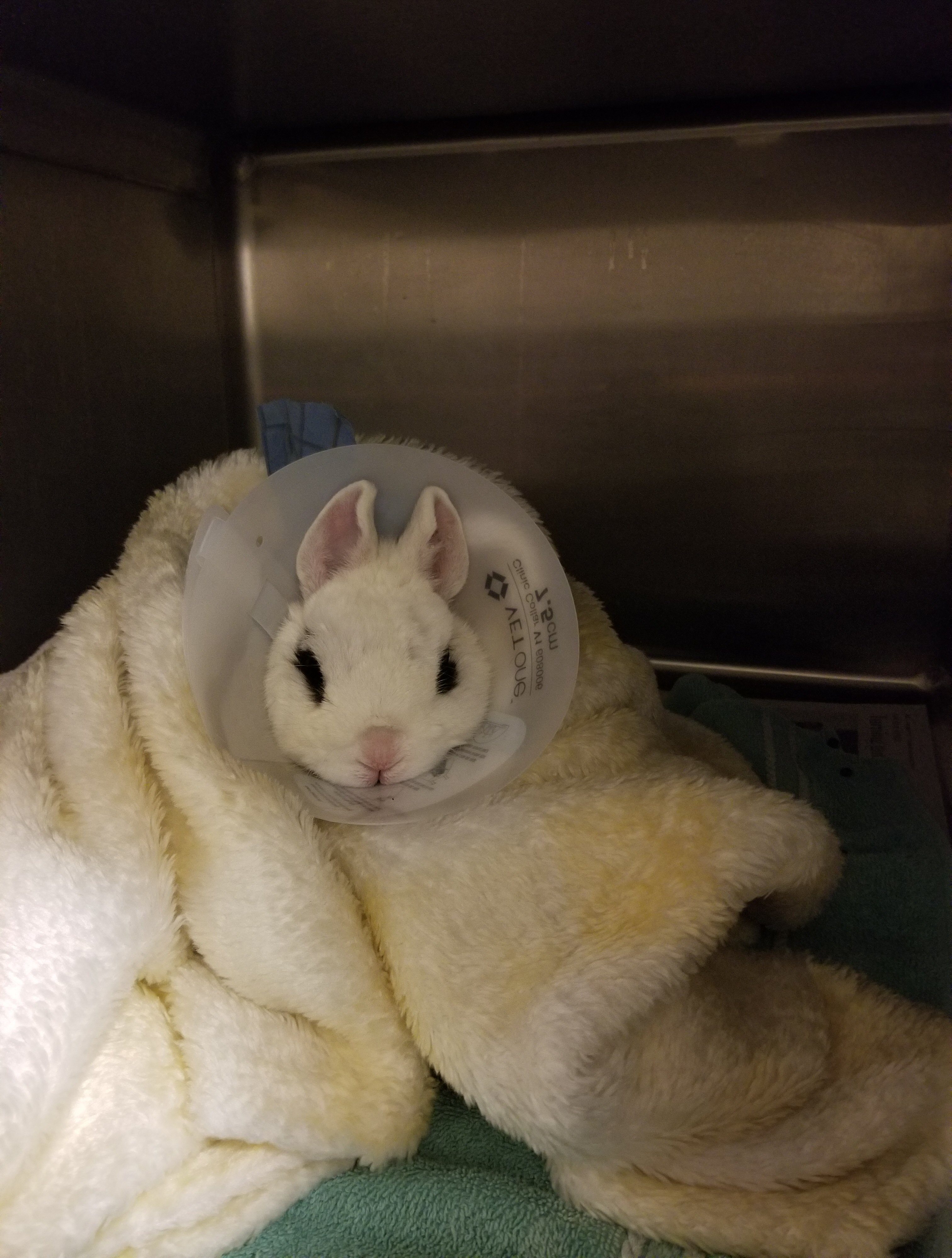 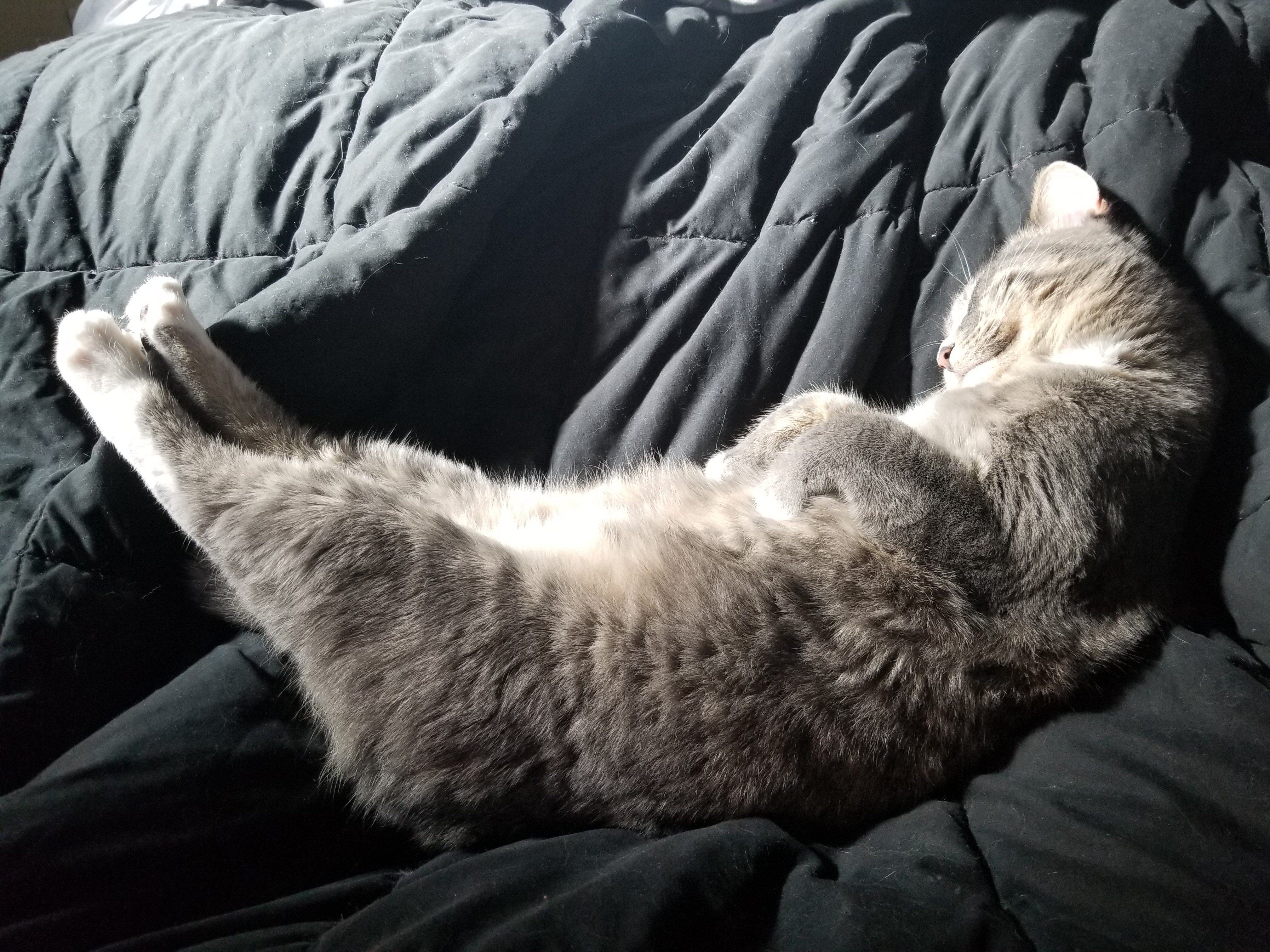 The cats love the new rescue blanket. It’s very soft, and I put it on the foot of my bed, and they take turns sneepin’ on it. 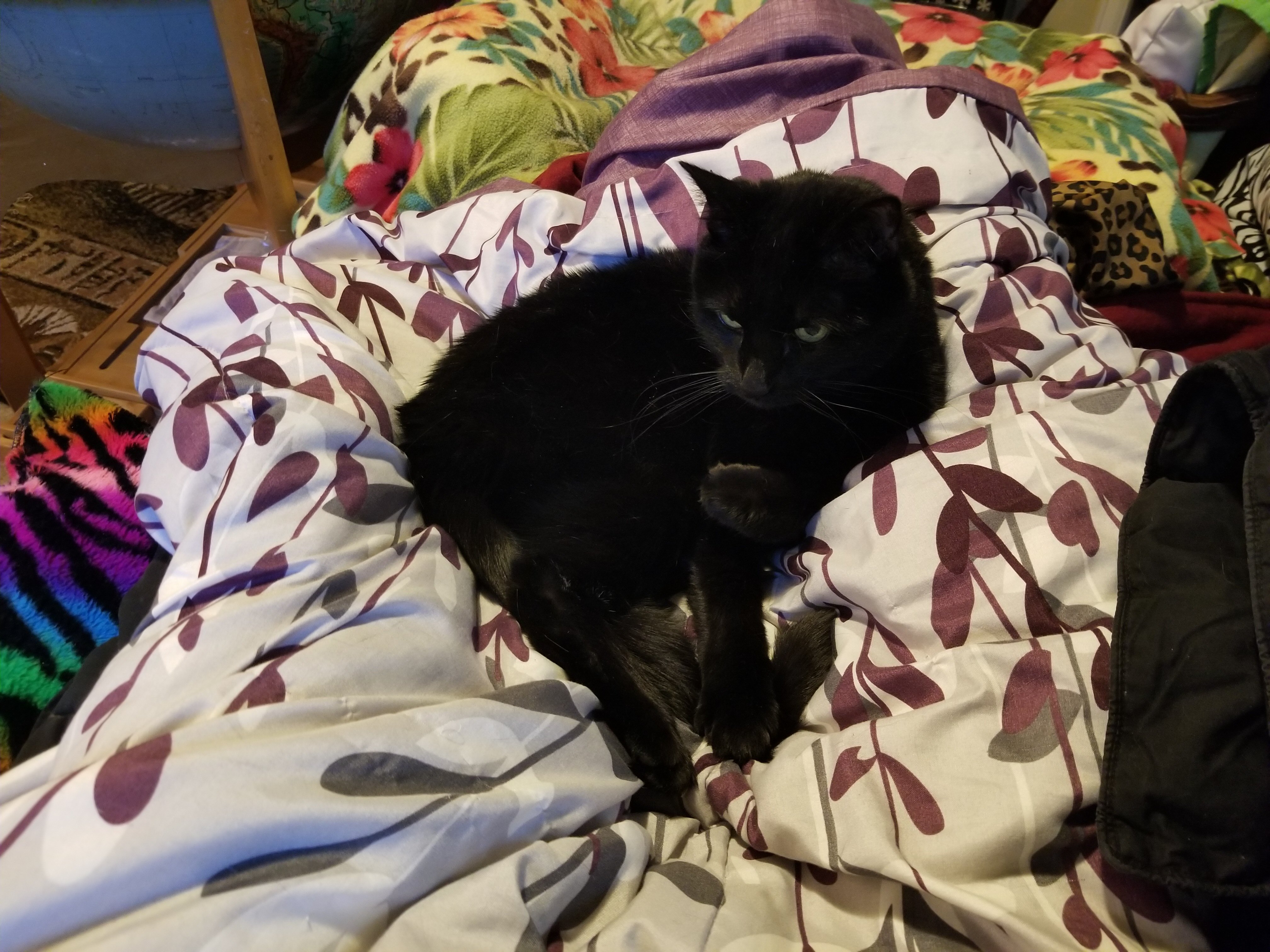 Animals: Animals at vet clinics | Animals: Hiko | Animals: Piper | Animals: Tokio | Photos | Physical self: Vanity | Series: Batman (catch-all) | Something I own/bought/want | Something of interest | Something that made me laugh | Video | Work: Spay/neuter