TWIP: Cat tree!!! and some other stuff (other cats?)

The dragon lamp on my nightstand, though super awesome, is controlled by touch, and therefore can’t be turned off and on by voice via Alexa and an Amazon plug or Sengled bulb. I wanted to order a new one with a physical switch from Zazzle, so I looked through my images to see what would look good on a lamp. There were a few options, but when I realized I could use How Now and have a COW LAMP, I clicked those buttons so fast. 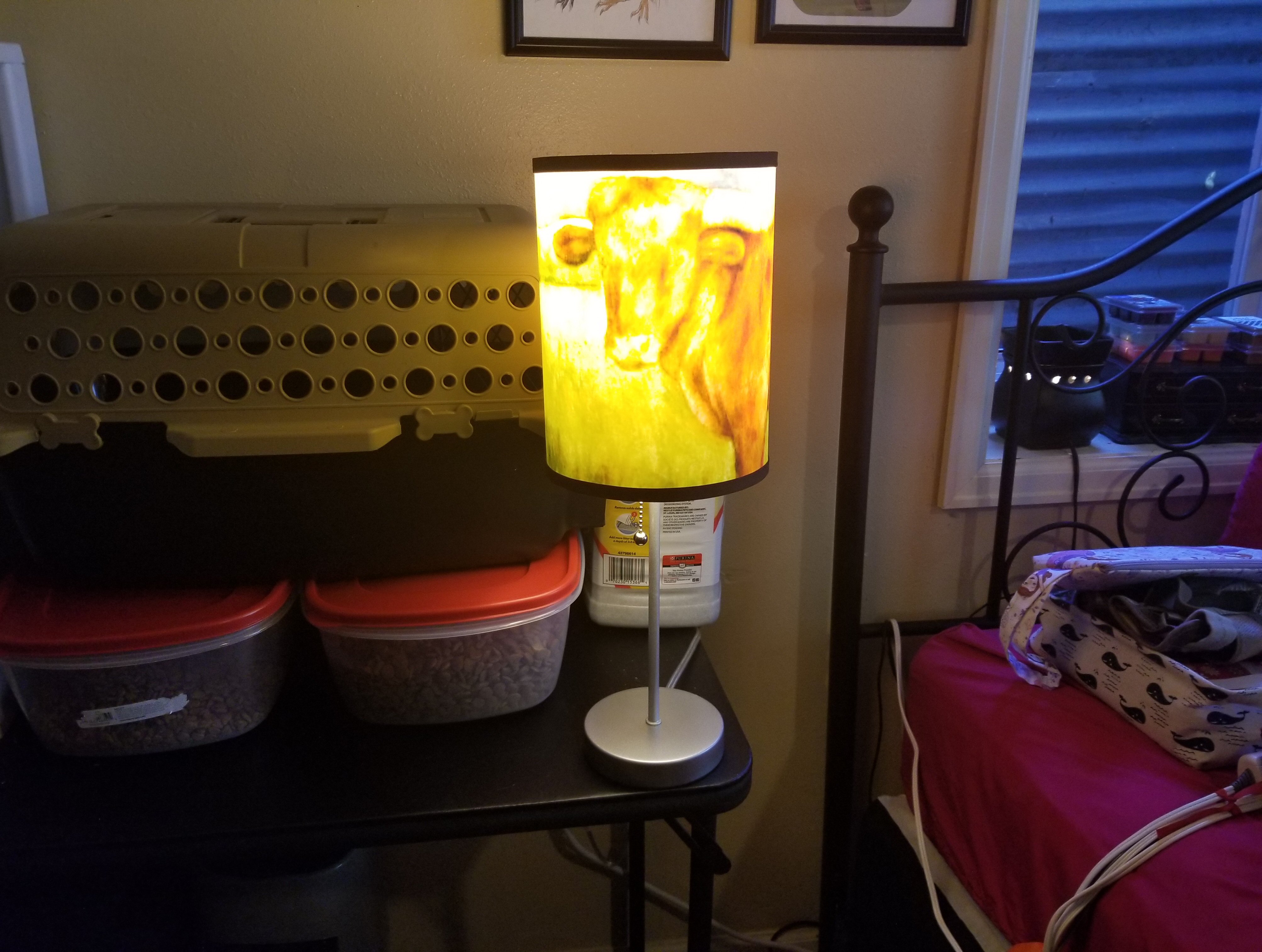 Thanks for dropping by, guys. Thanks for breaking my cow lamp.

And speaking of the dragon lamp — which I’m still not sure what I’m going to do with — Galileo keeps doing that thing. Check him out doing it and then emerging like a specter of doom: 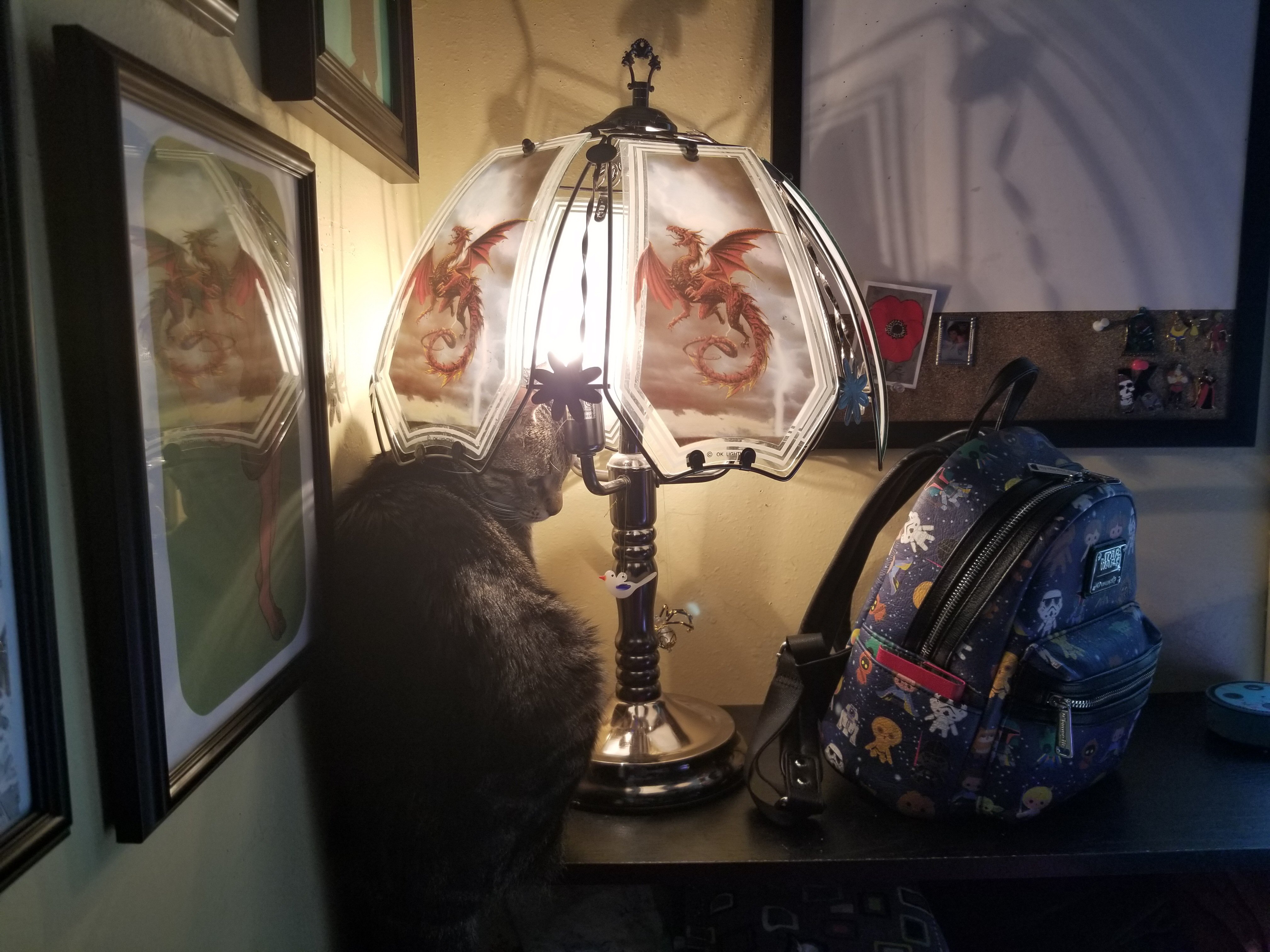 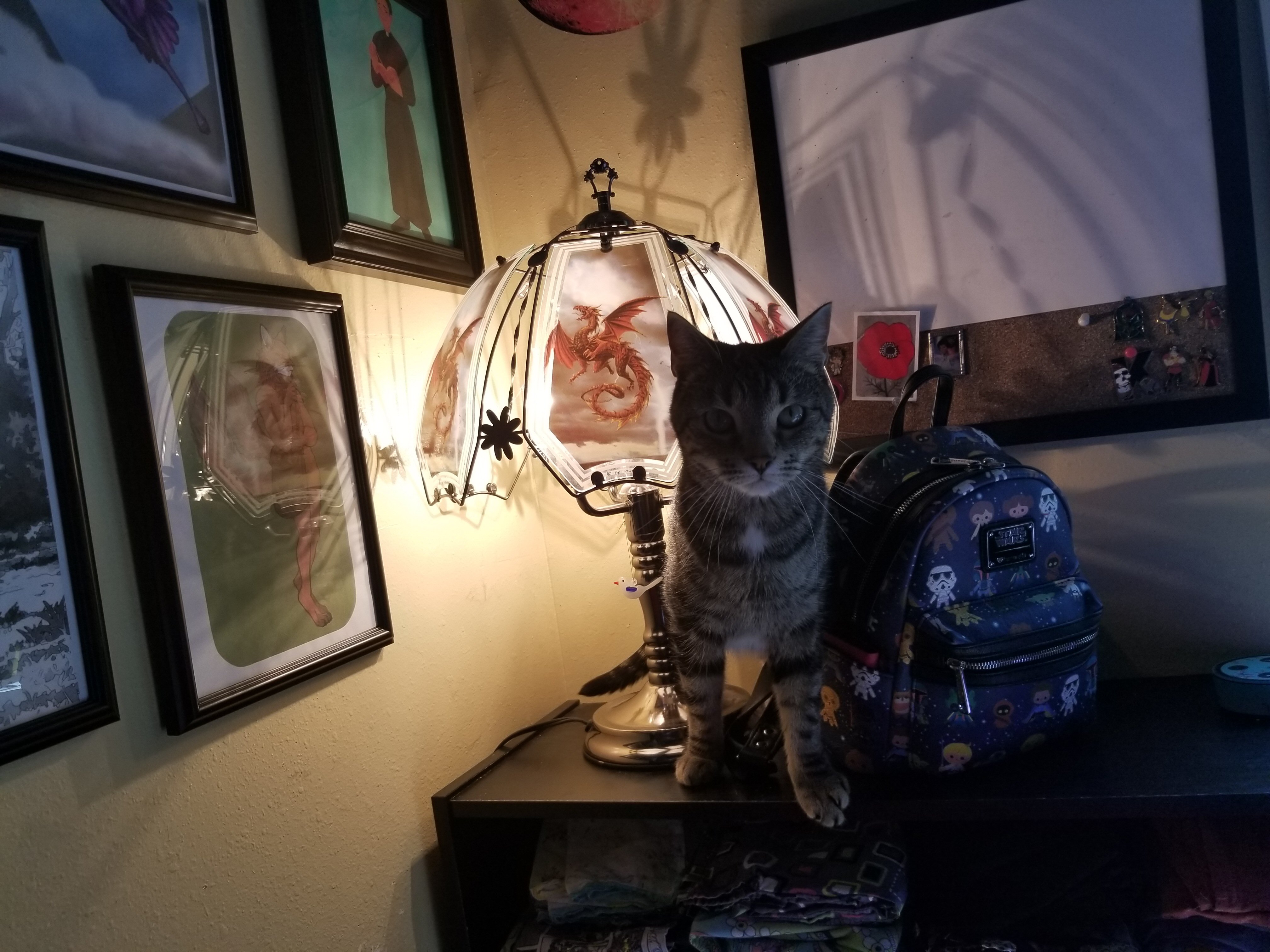 If I’m sitting in bed looking at stuff on the computer, Piper will play fetch. Most of the time otherwise, she won’t bring the ball back to me.

My new cat tree came!!!! It was a breeze to put together, and it’s super awesome and amazing. Have a million pictures of it: 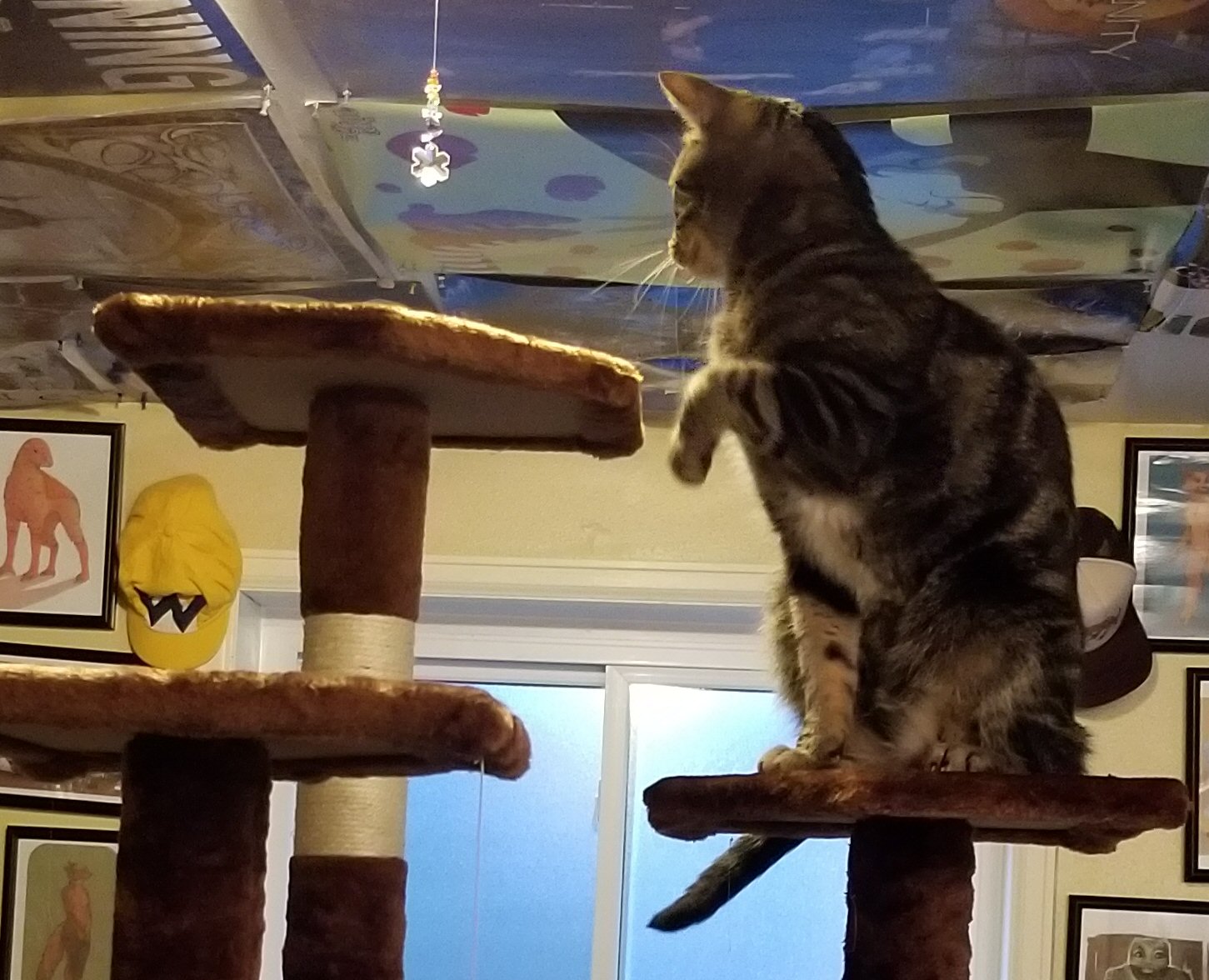 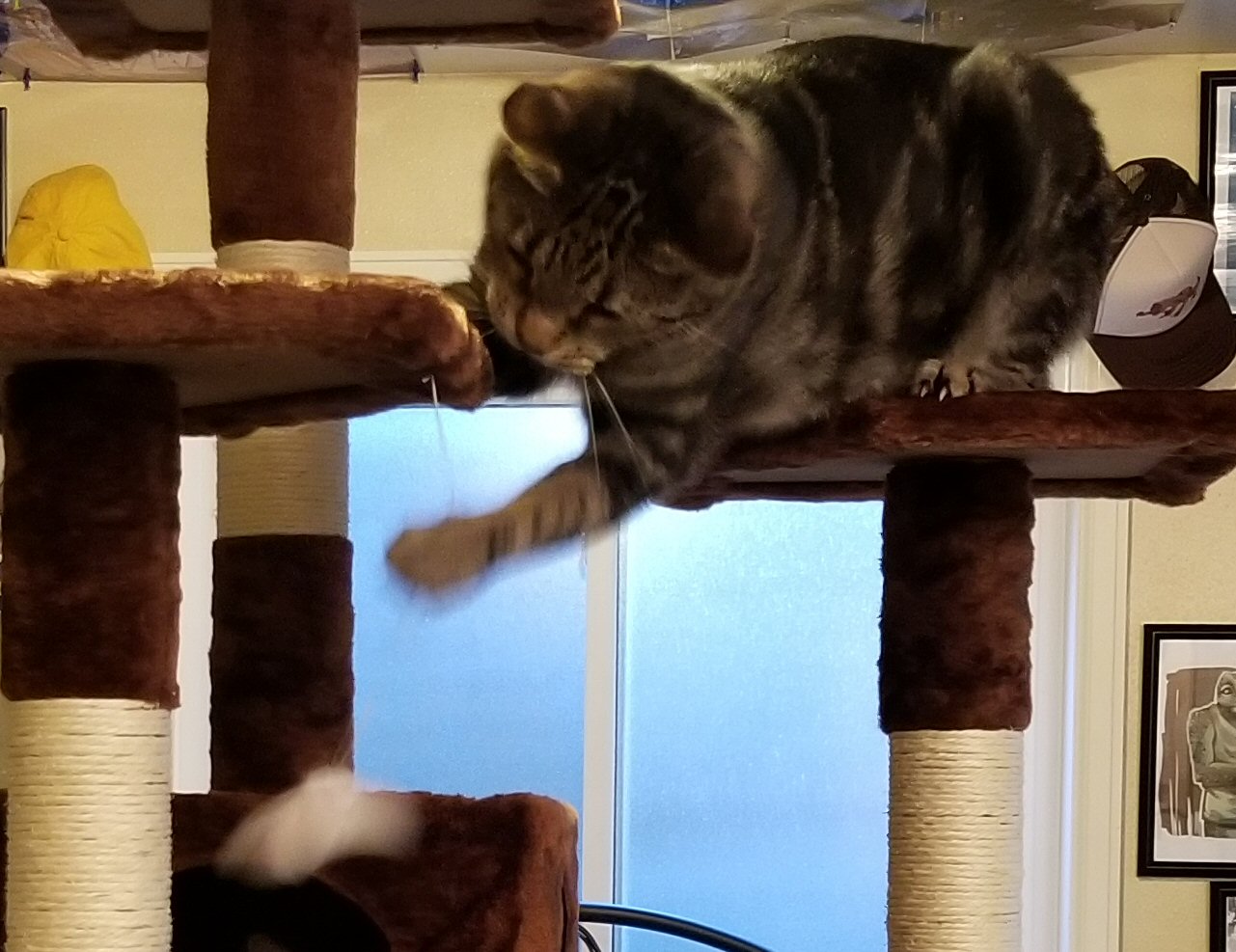 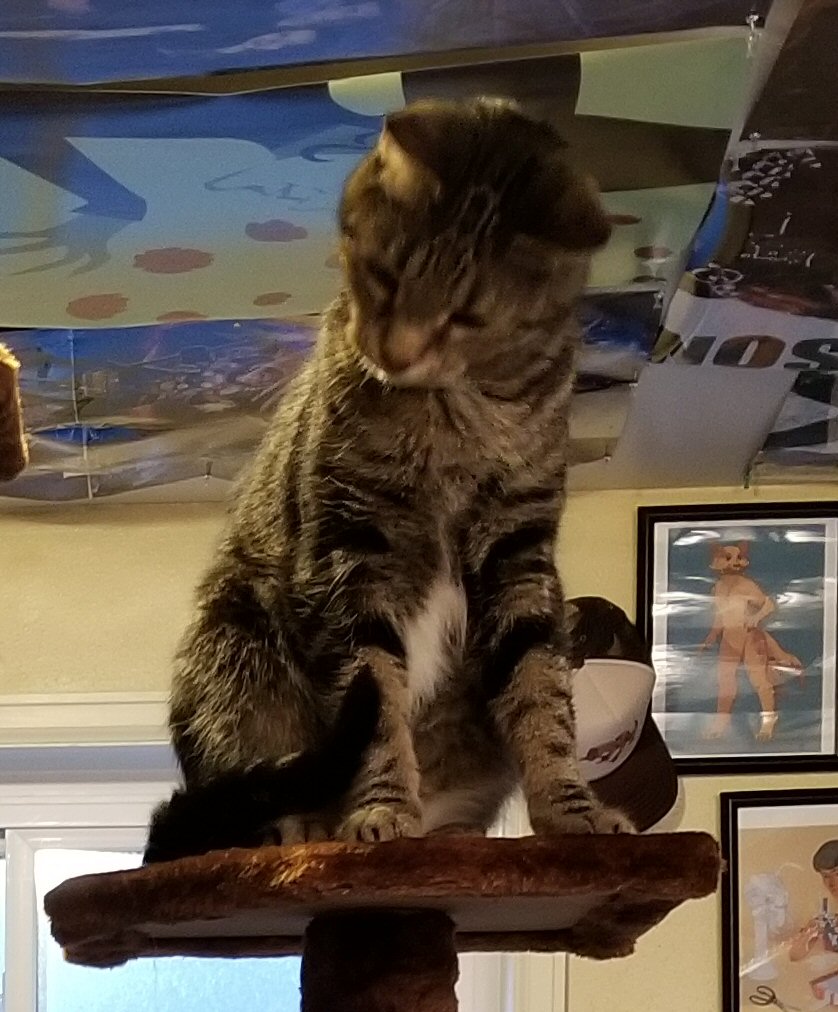 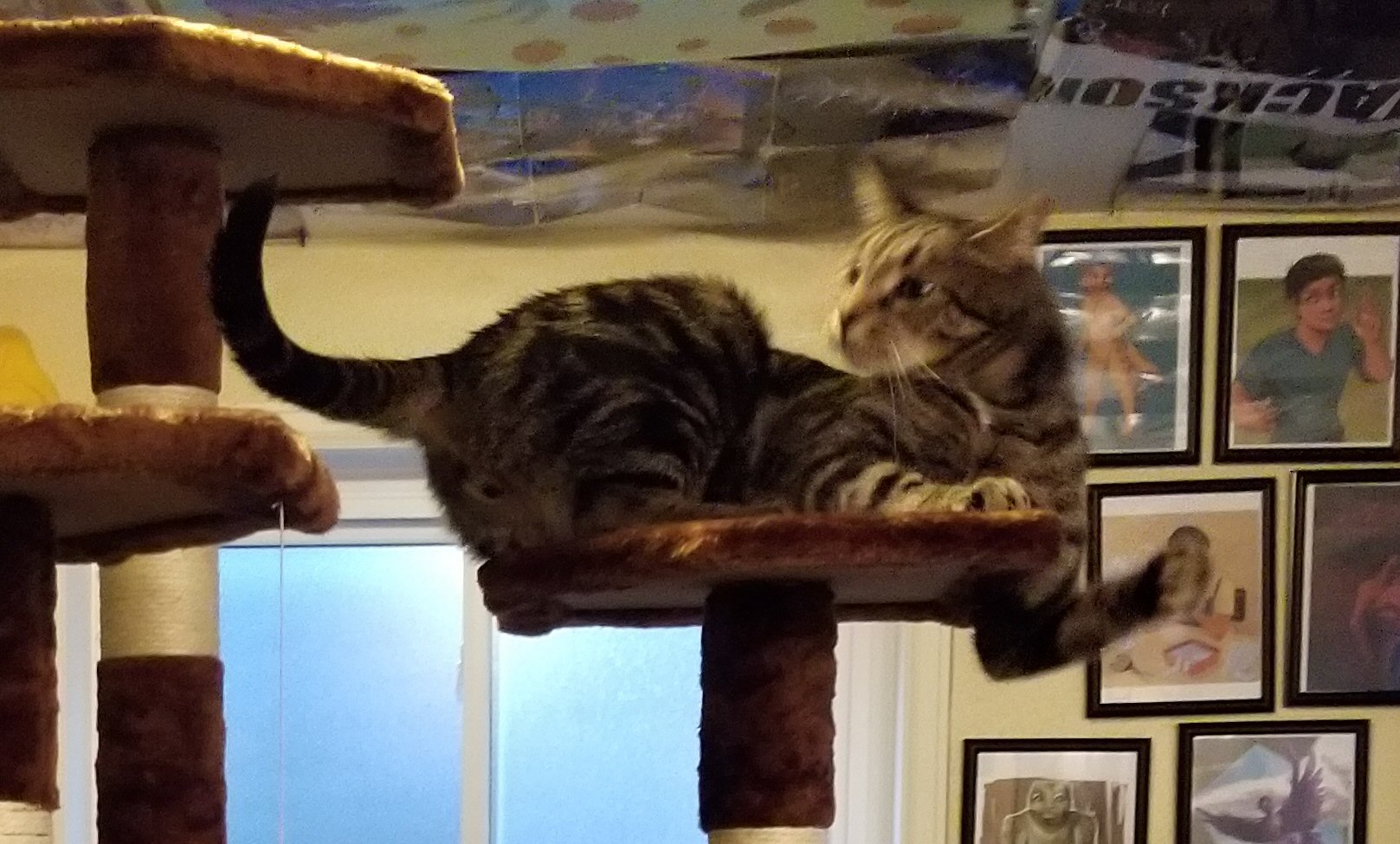 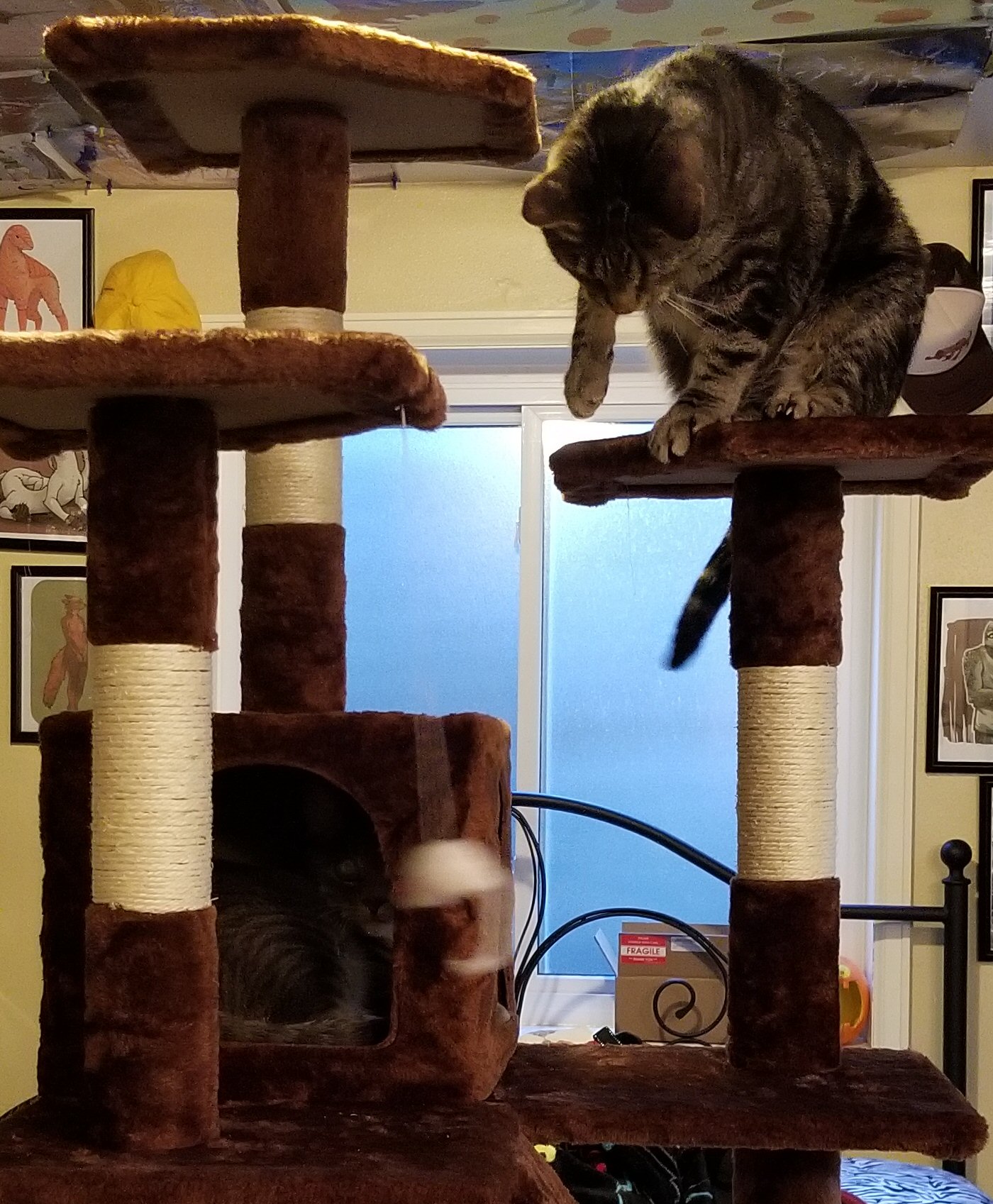 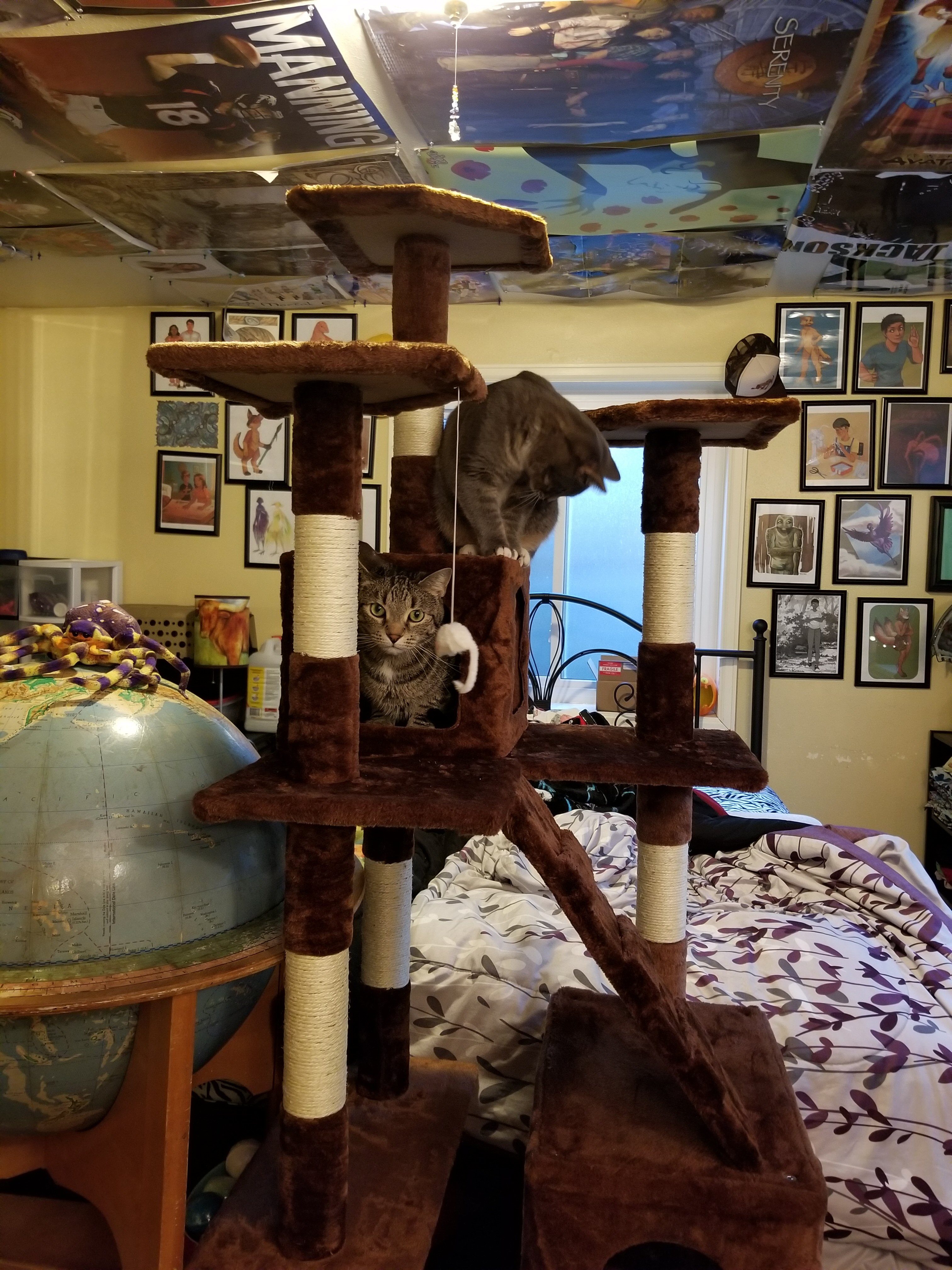 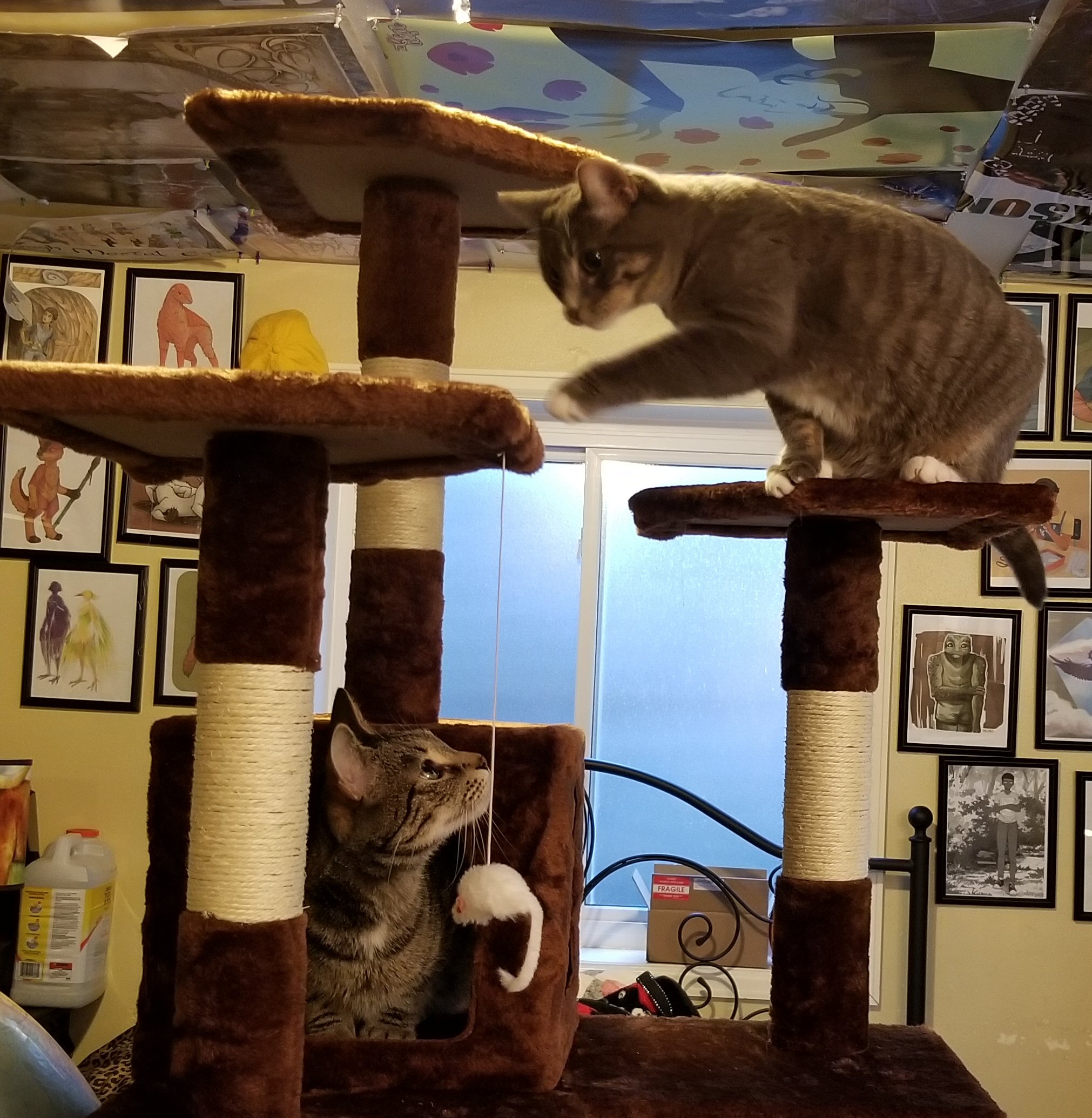 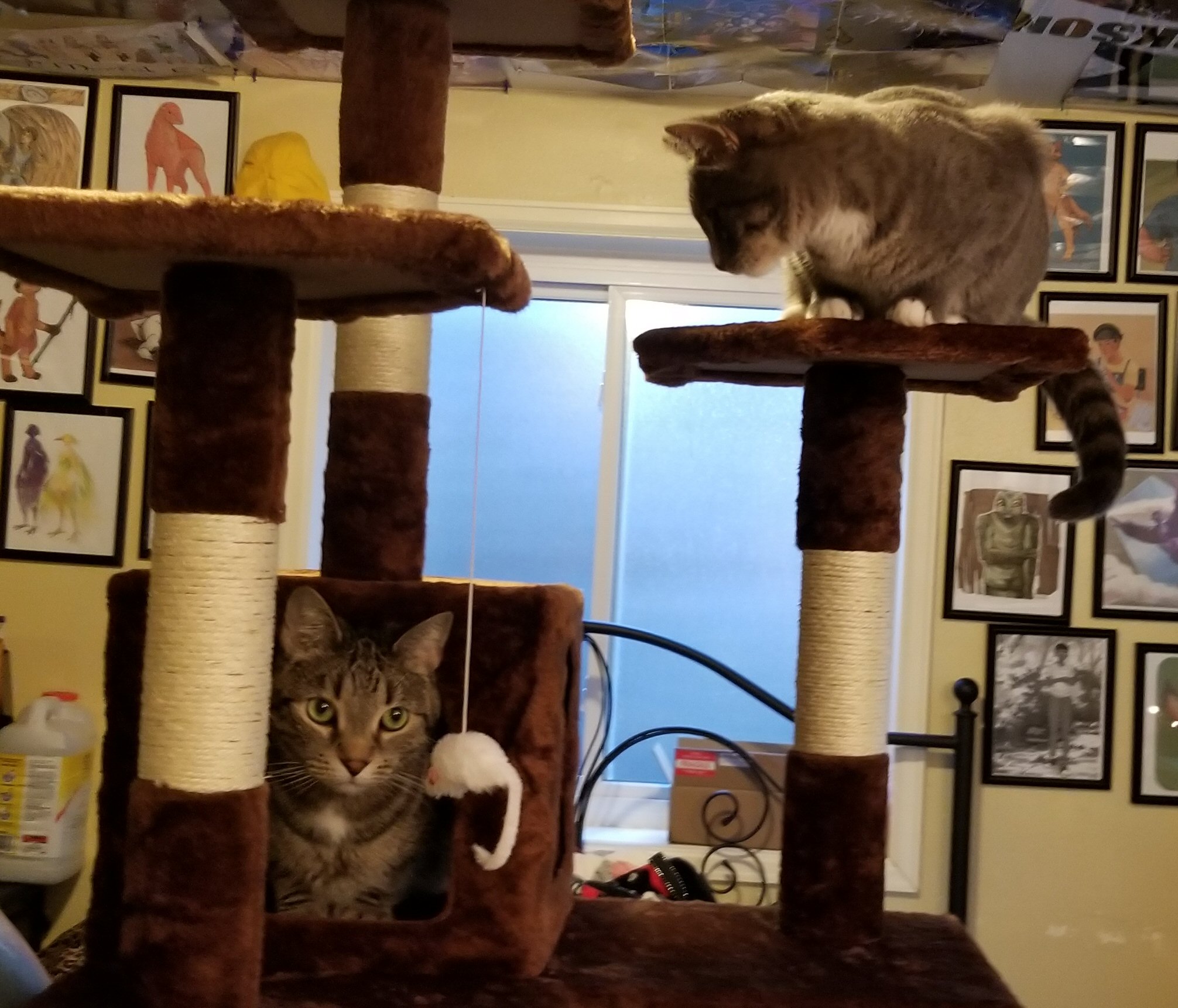 And here’s what it looks like from the other direction (from the bed): 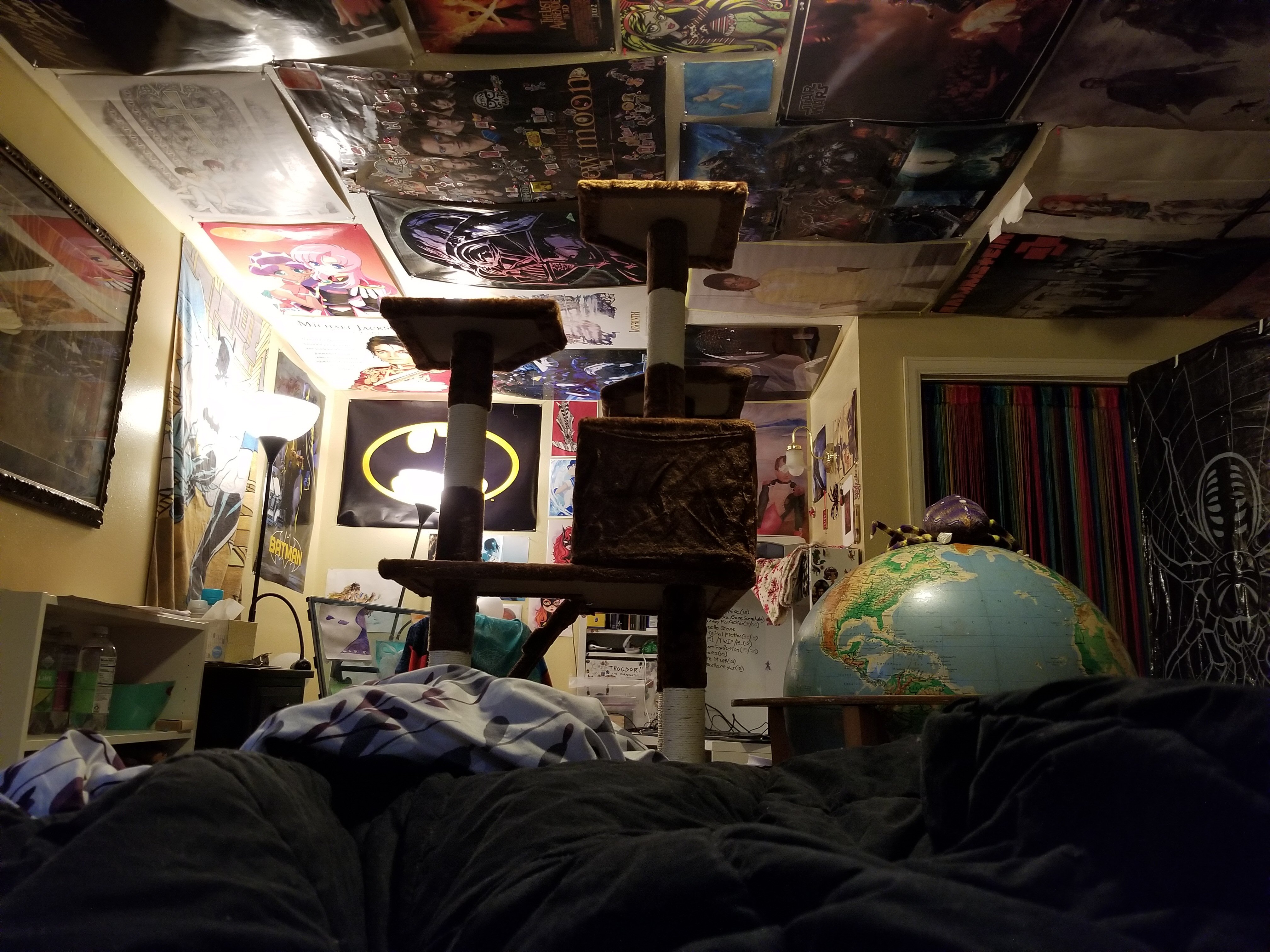 Also for my June manicure, I got pride nails: 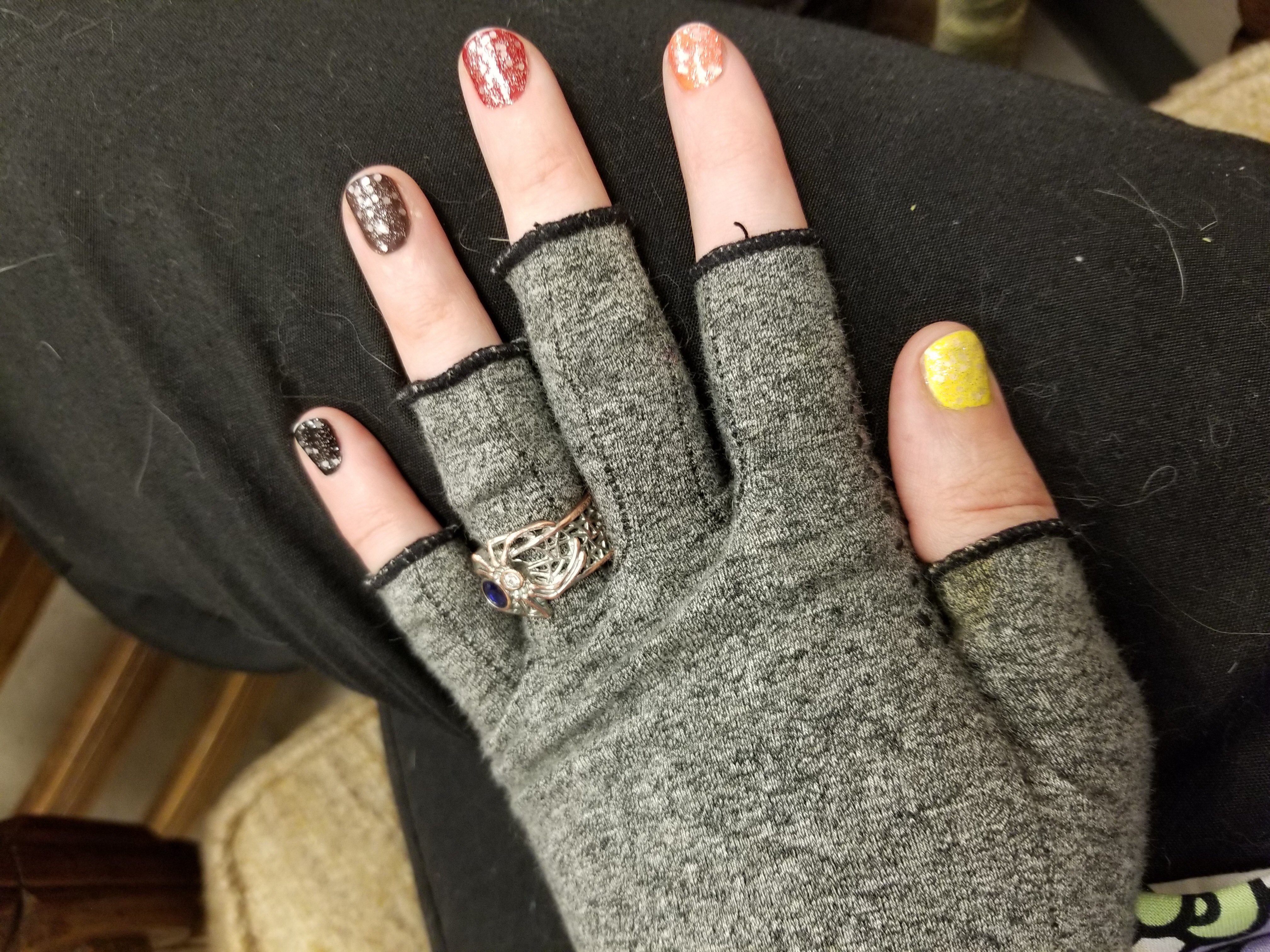 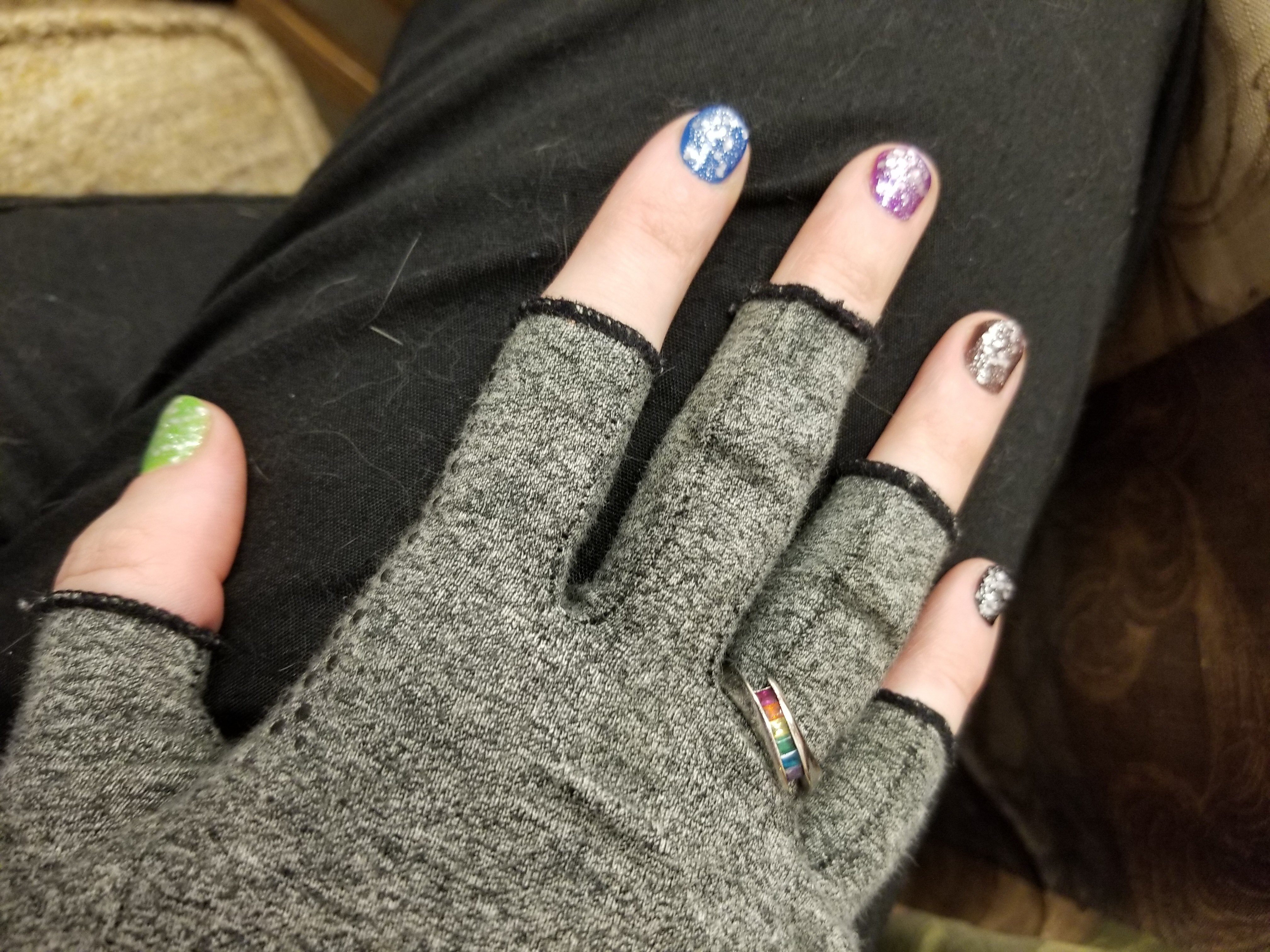 I knew beyond any shadow of doubt that at work the day after putting the new cat tree together, I would receive pictures messages from my brother, who would have wandered into my room and seen cat(s) on the tree. And sure enough…. 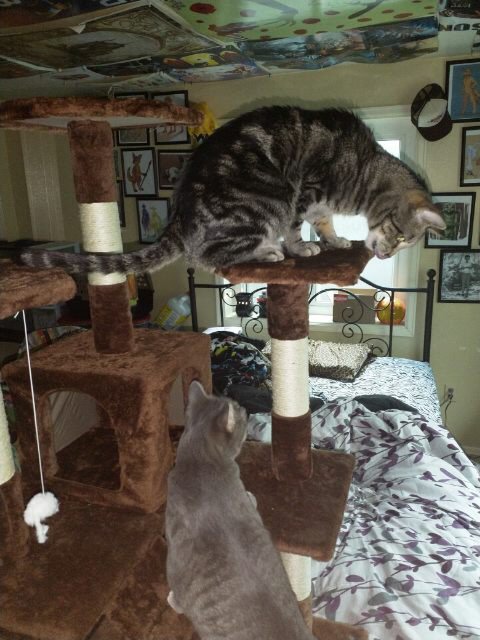 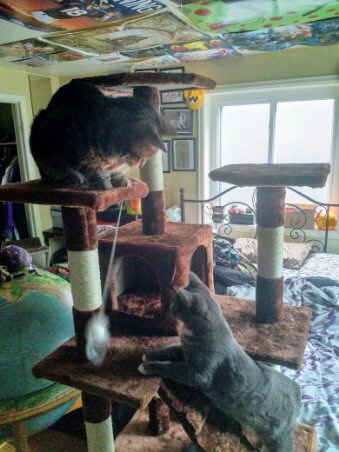 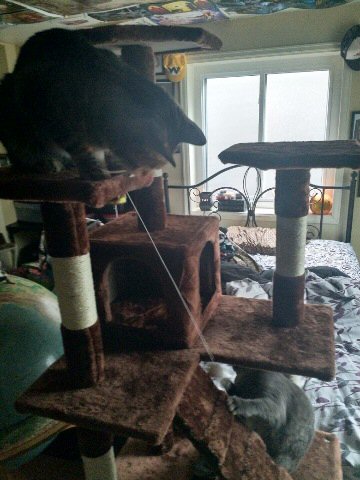 He also sent me the following “bonus” image of Piper in one of his shoe containers: 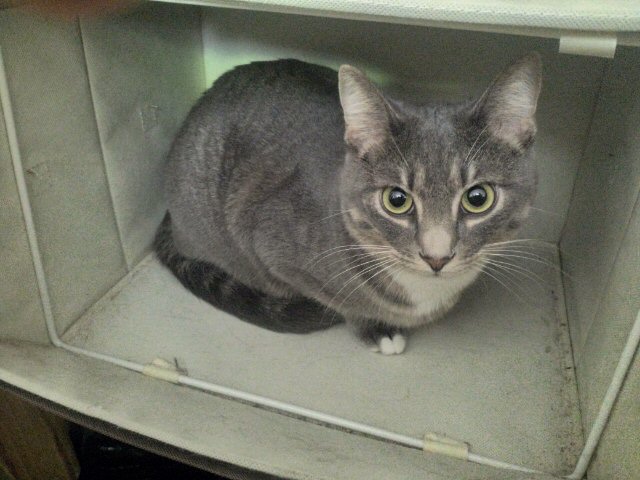 Here’s a bit of Hiko speaking at Waybee, who was on his side of the bed:

Sometimes vertical videos of animals are inevitable, because that’s the attitude of the phone when it manages to get it pointed at the animals.

Anyway, I got up and went into the bathroom, and I thought I looked pretty cute in my dressing gown, so I took a mirror selfie. 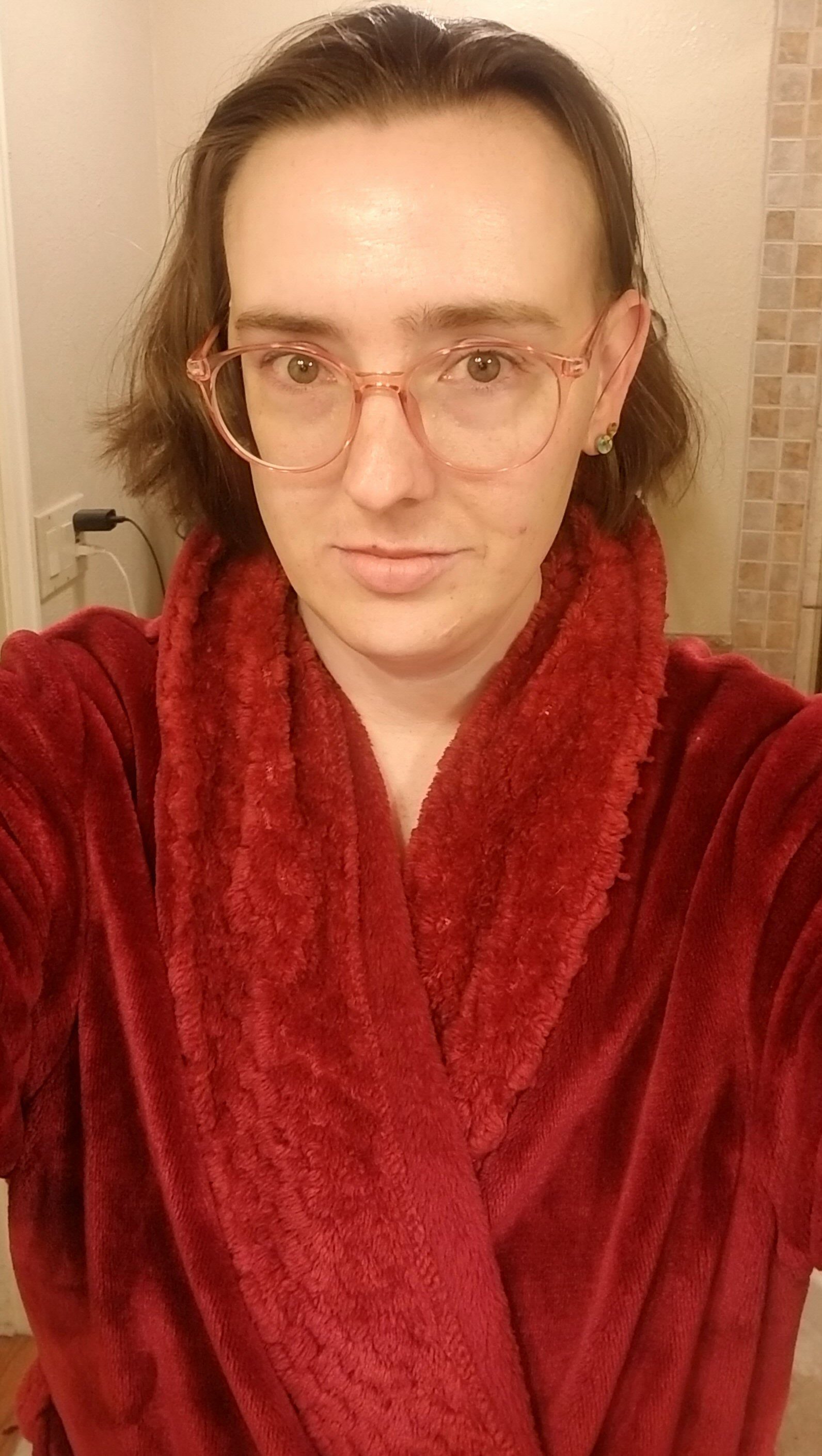 Those are my screen glasses, which you don’t see very often because I rarely wear them for selfies. They only occasionally look cute on me. Also, my eyes! Look how awesome they are!

I’ve probably already mentioned that I’ve been experimenting with various methods of waking up in the mornings, especially on work days, since I’m off caffeine forever now. My latest experiment is nicotine, and I bought this cute thing to deliver it: 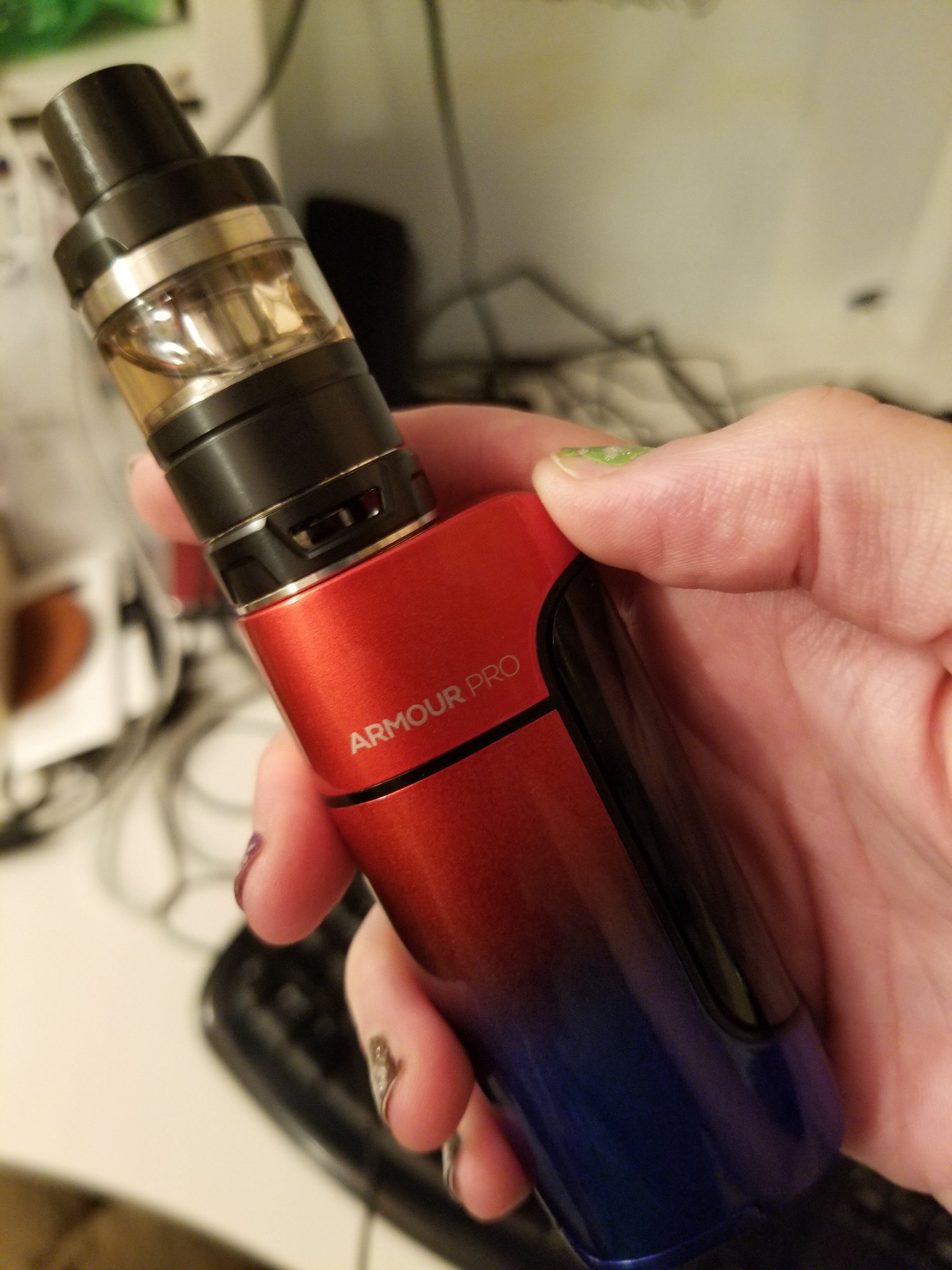 So far it’s enjoyable, and seems to be working well. My search may be over, but I’ll have to see how it works in a longer term. Juice impressions: Red Bull – OK; Tiger’s Blood – OK; Orange cream – Good; Coconut – Good; Pomegranate – Bad; Nutty Delight – Good

This cat spent all day with his face pushed against the door, so bored was he: 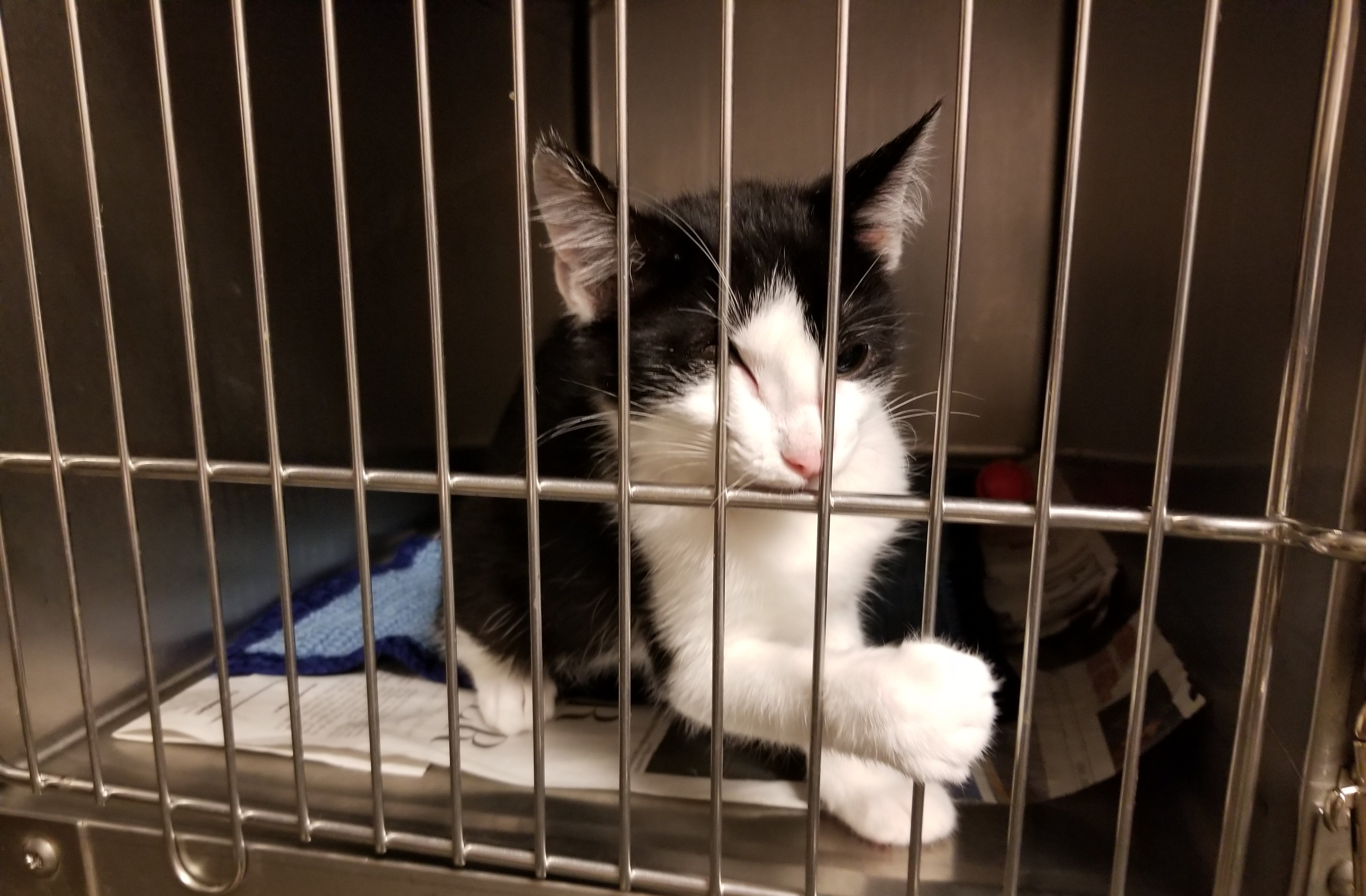 His brother mostly beaned placidly, but later when he had to wear an e-collar, he too came up with some funny poses. 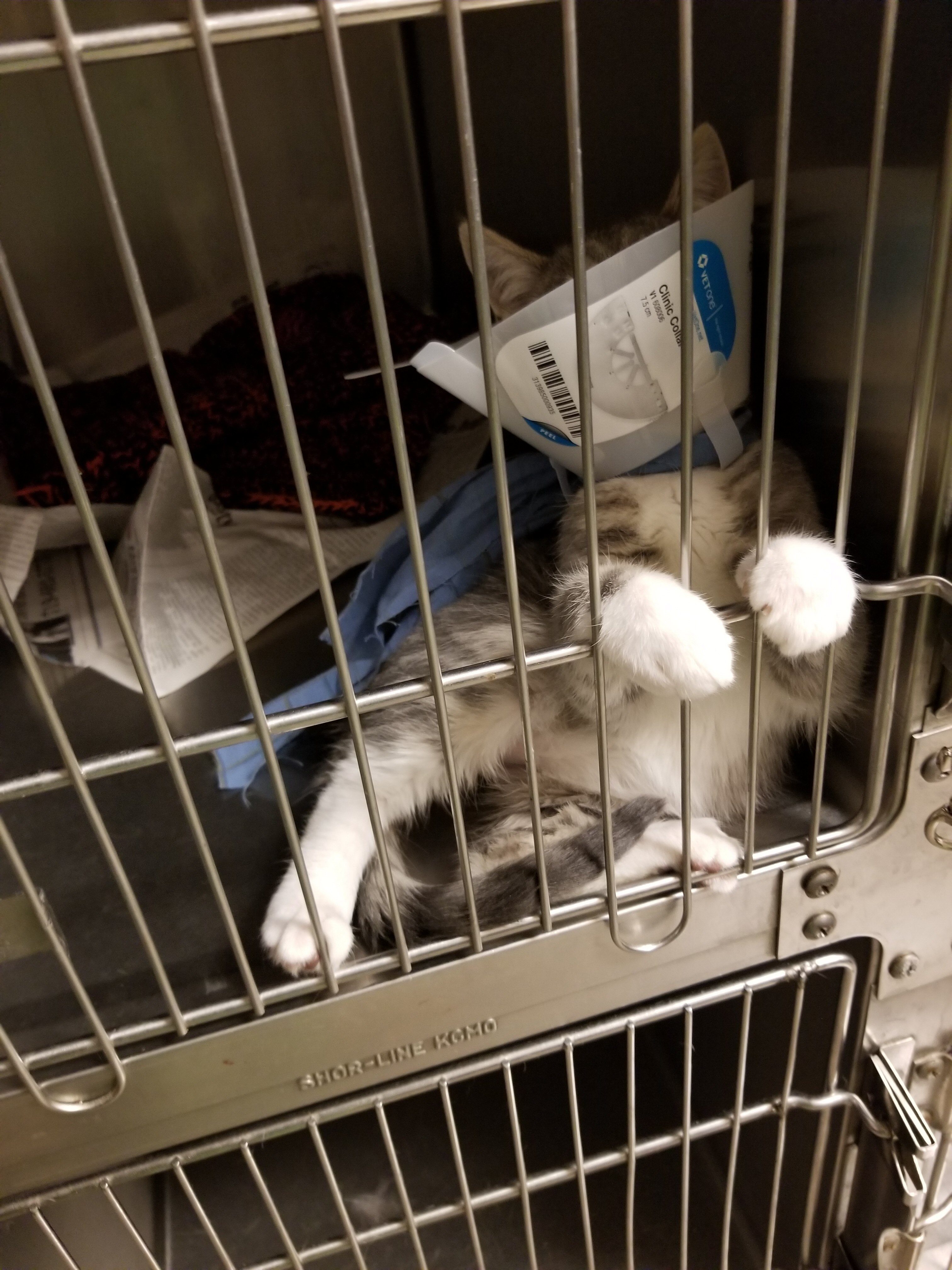 Last of all for today, have another Piper on the cat tree: 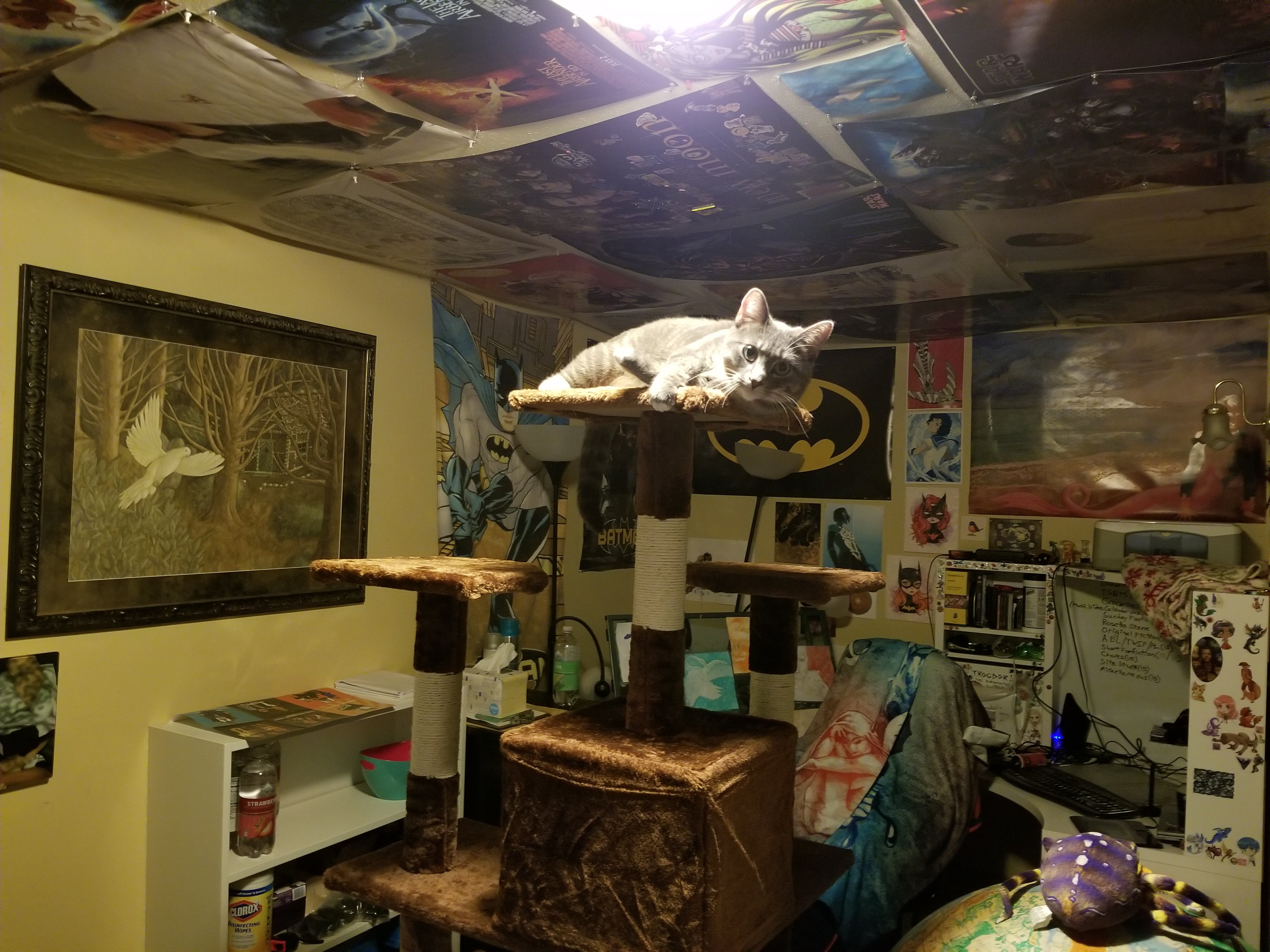