TWIP: So many work cats, zoo sketches, and the best thing that’s ever happened to me in life


I was sitting in bed with some cuddlebugs, and Hiko was doing this:


What do you suppose he was dreaming about?


Eventually I rose and wore my new plaid dress. I just love CowCow dresses so damn much.


OK, for some reason, I took an anomalous number of only moderately interesting cat pictures at work this week. I’ve narrowed it down to the best shots, and here they are, but I’m still not sure why I took them at all XD 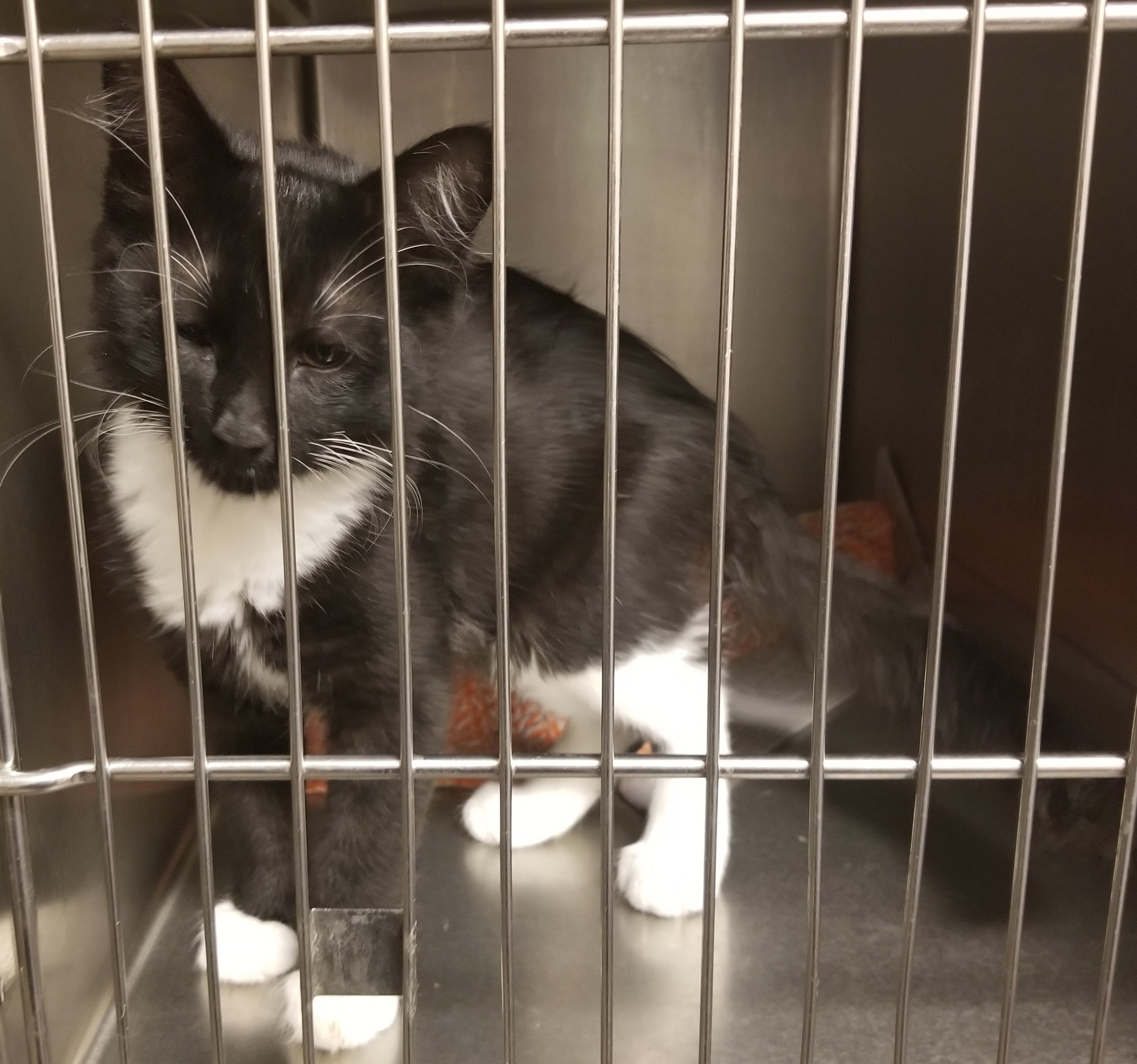 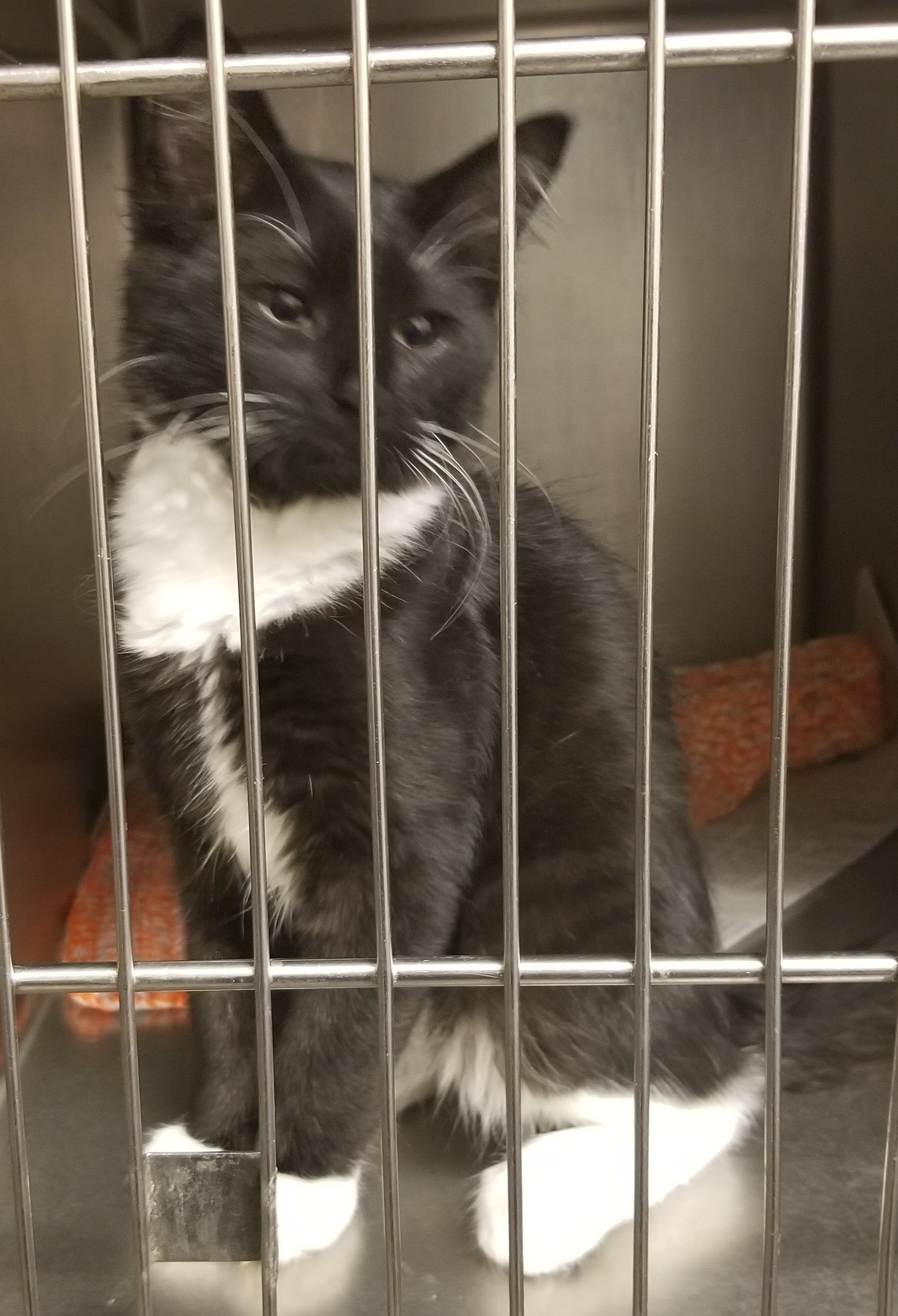 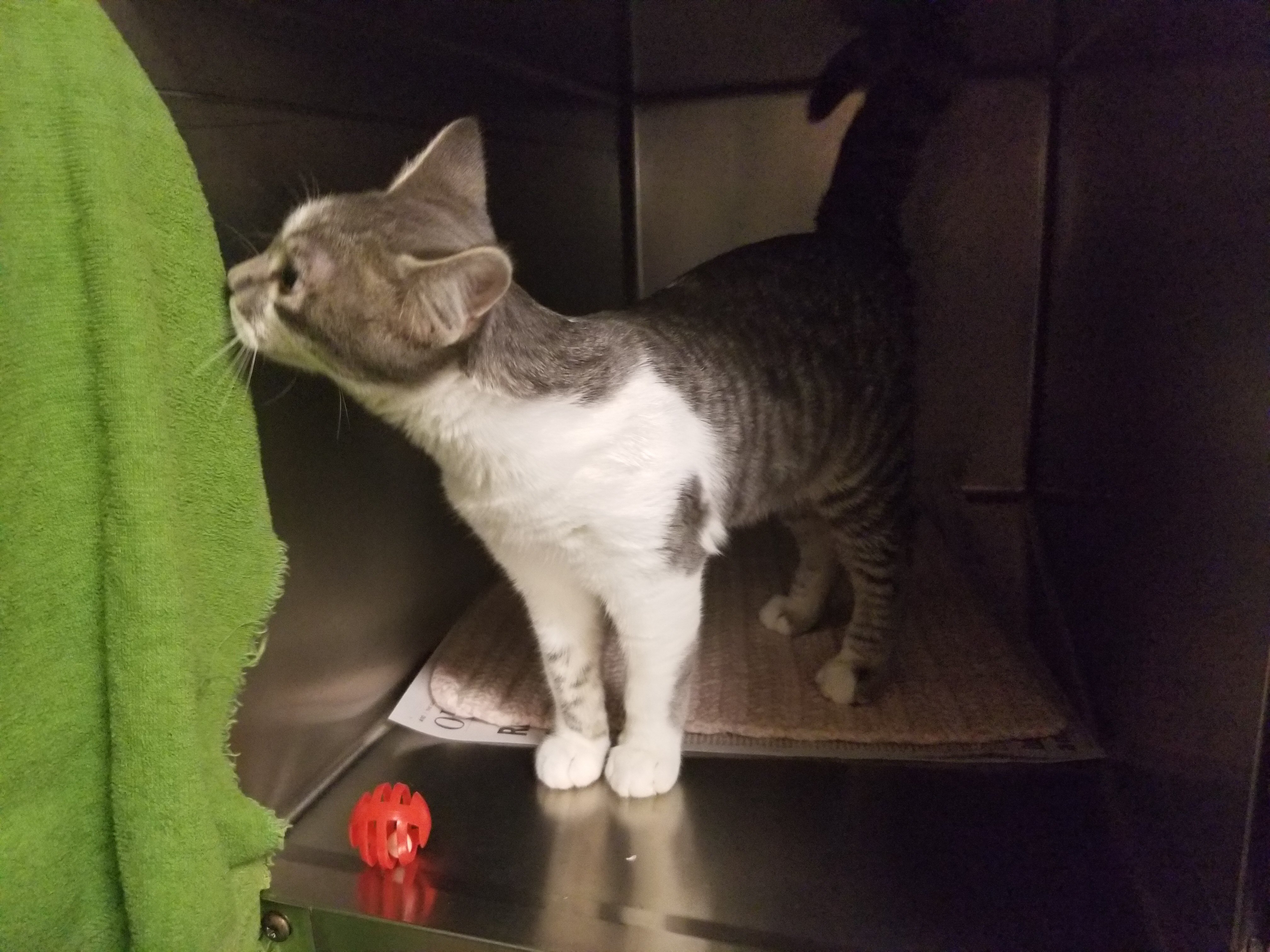 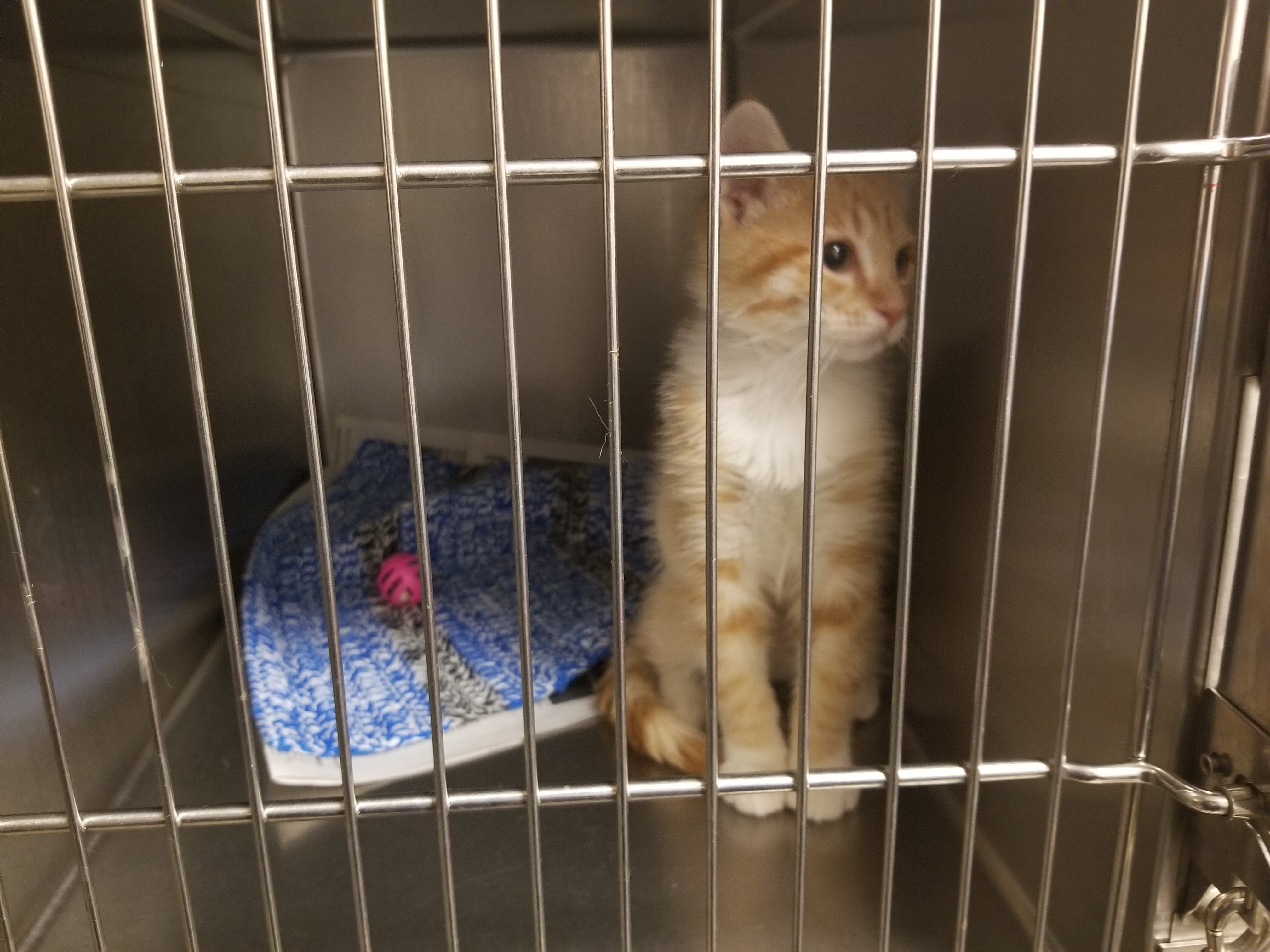 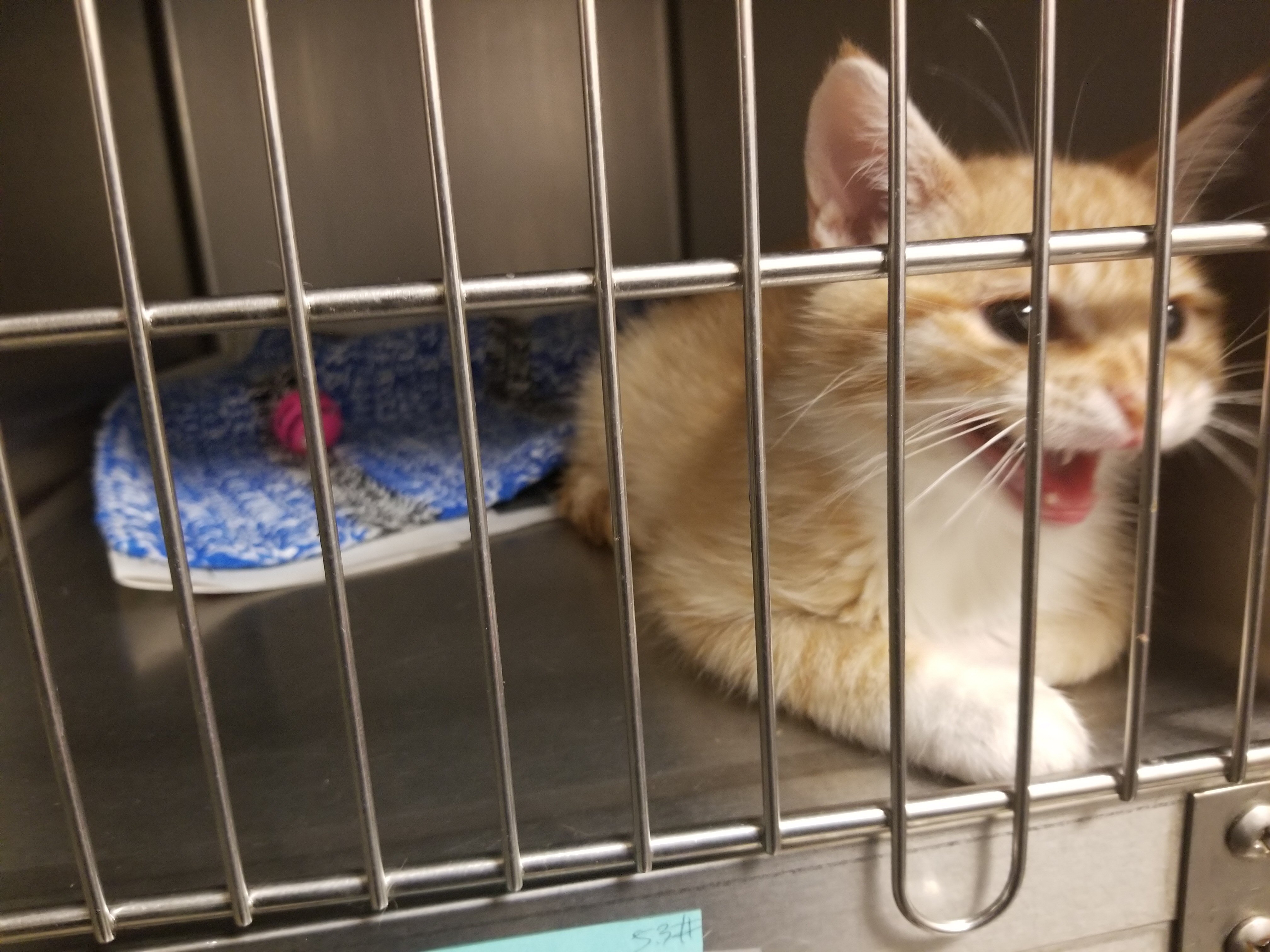 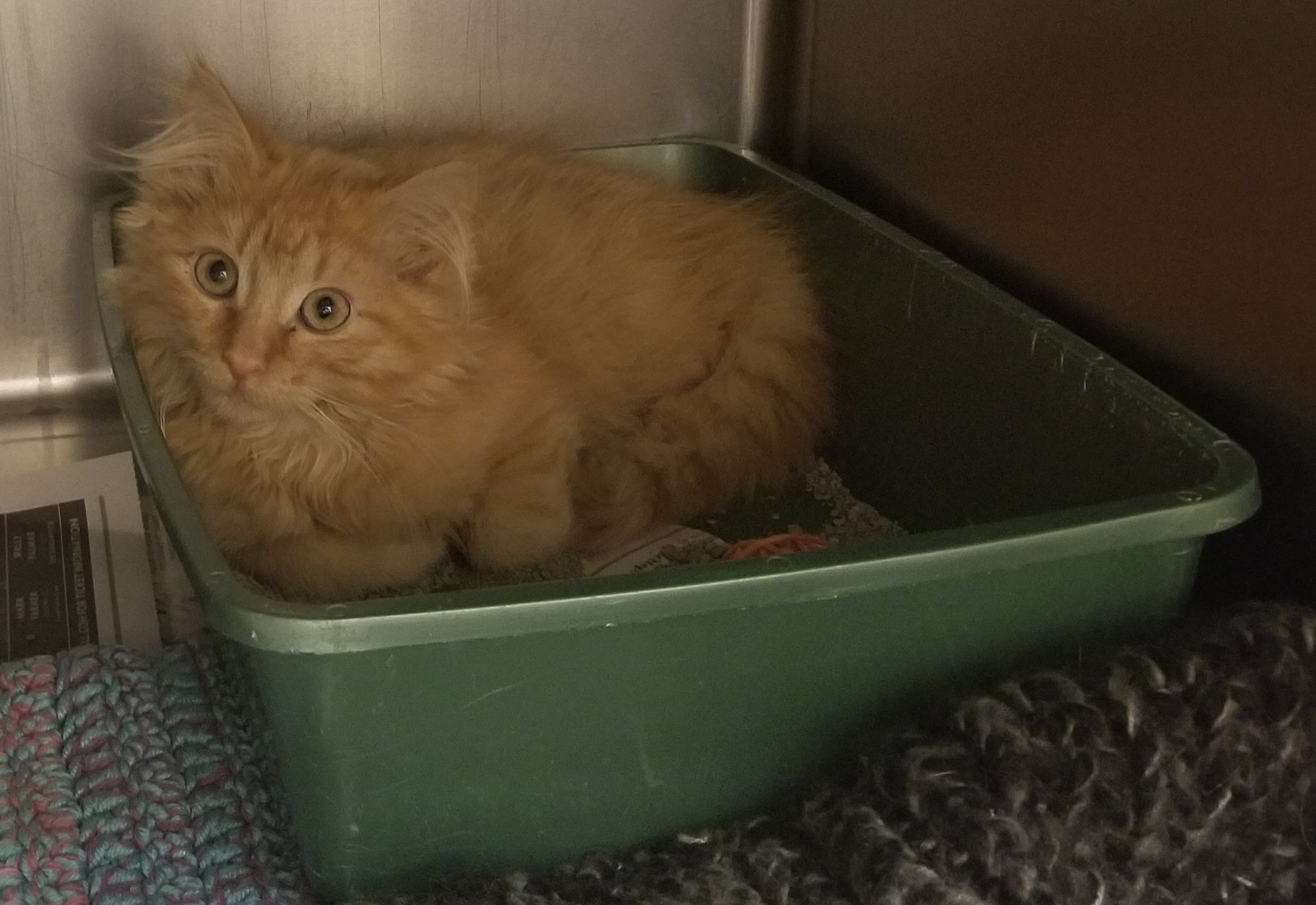 So this same day, my brother sent me the following text: 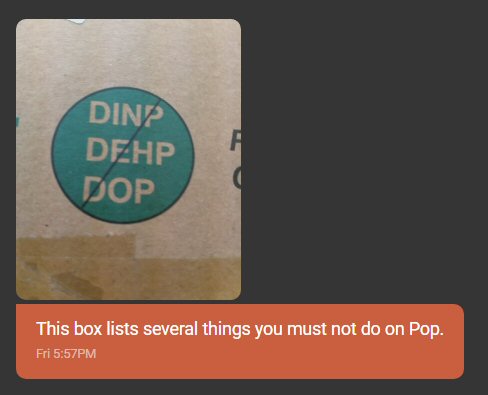 I was so tired and painful that day that I found this absolutely hilarious, and laughed helplessly until I was near tears.


A cousin and her husband came to visit. Every time we have visitors that bump us up to six people or more, we take advantage of the situation to play Telestrations (which doesn’t work with only four). And I forget who drew this one– 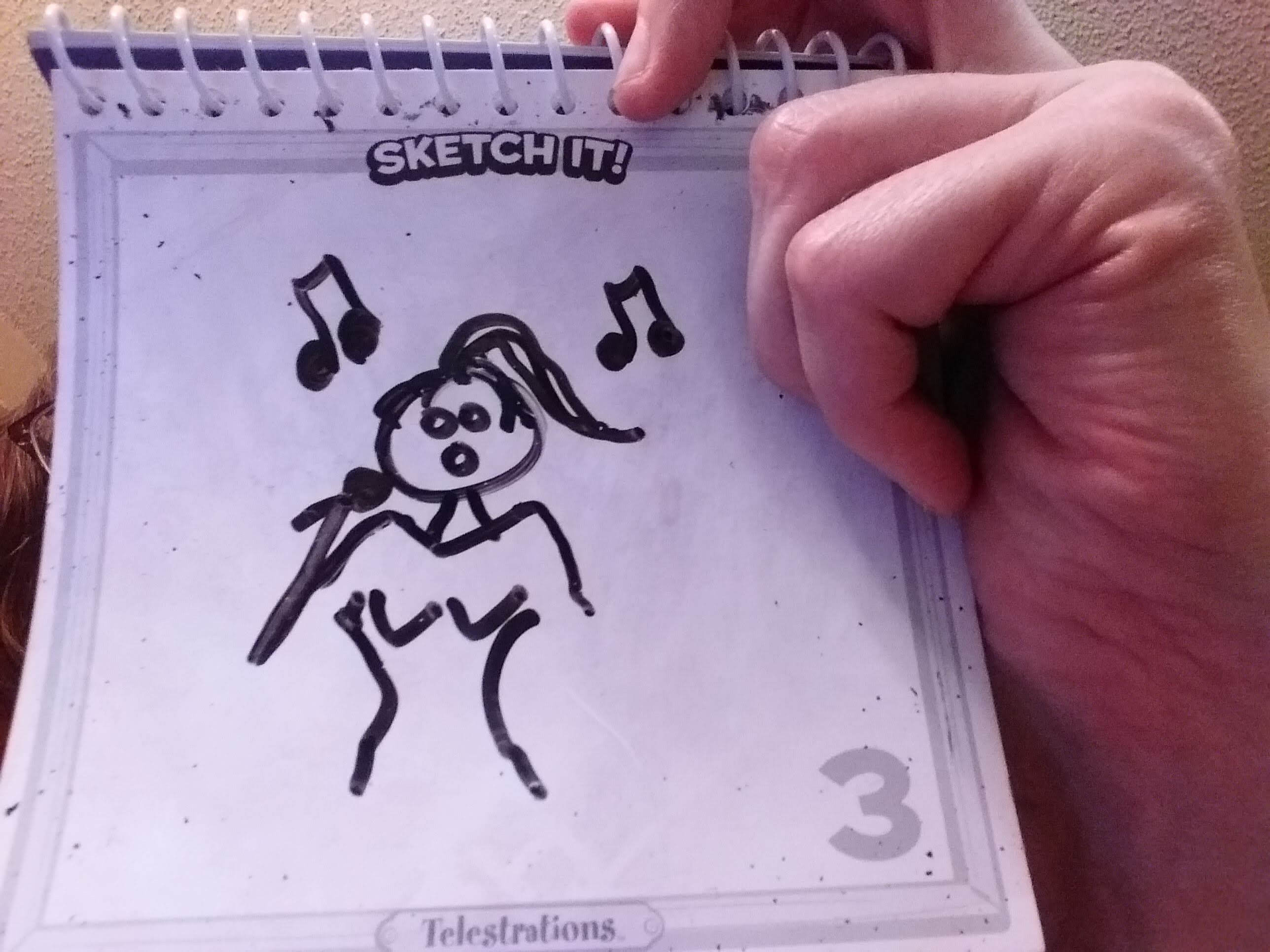 –but I marvel at how well the identity of the subject was conveyed in such a simplistic style in dry erase marker on a small surface. Can you guess who it is?


Also that day, two lovely cats on the bed: 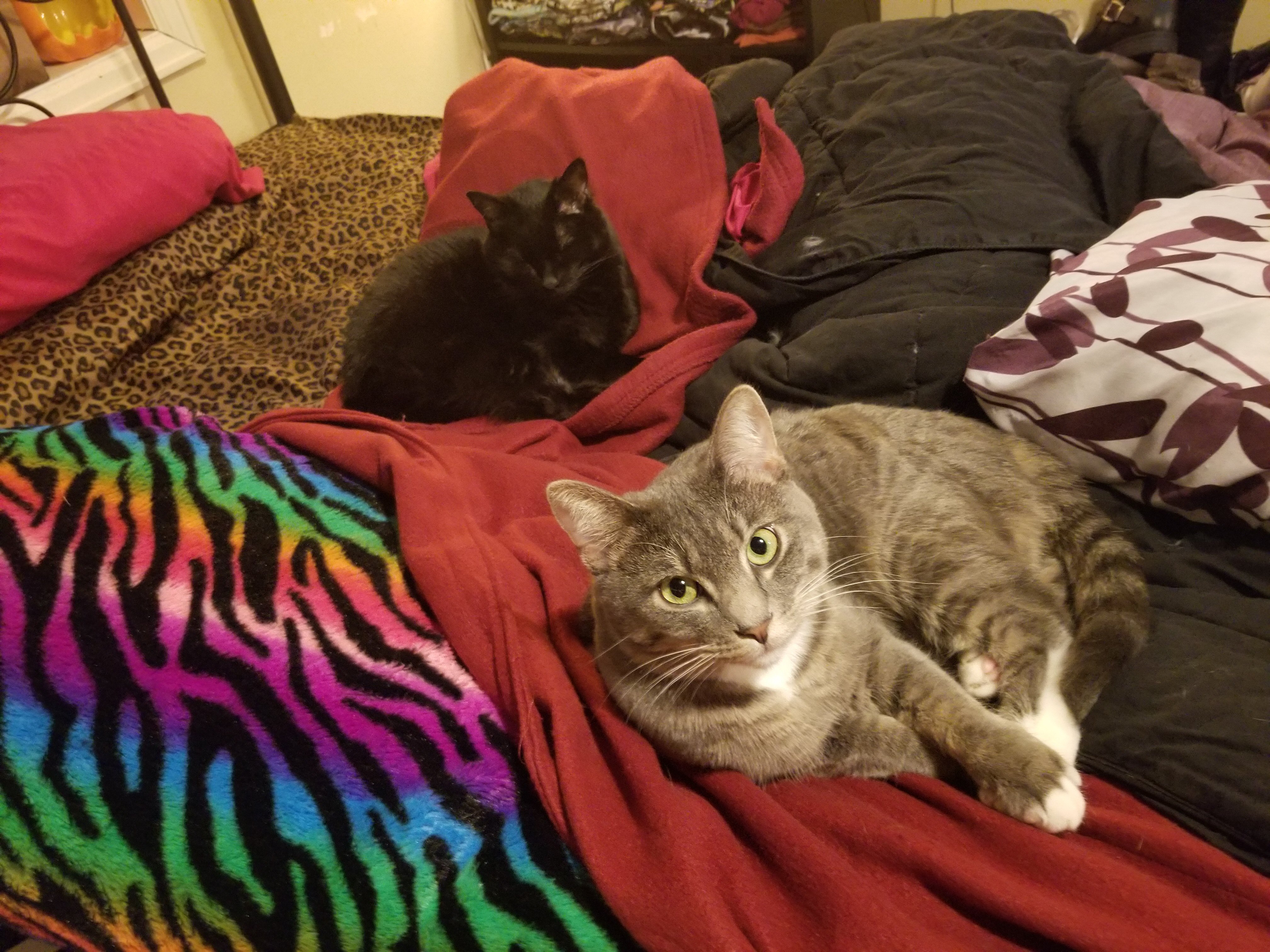 
OK, now, this is the ideal type of work cat picture: 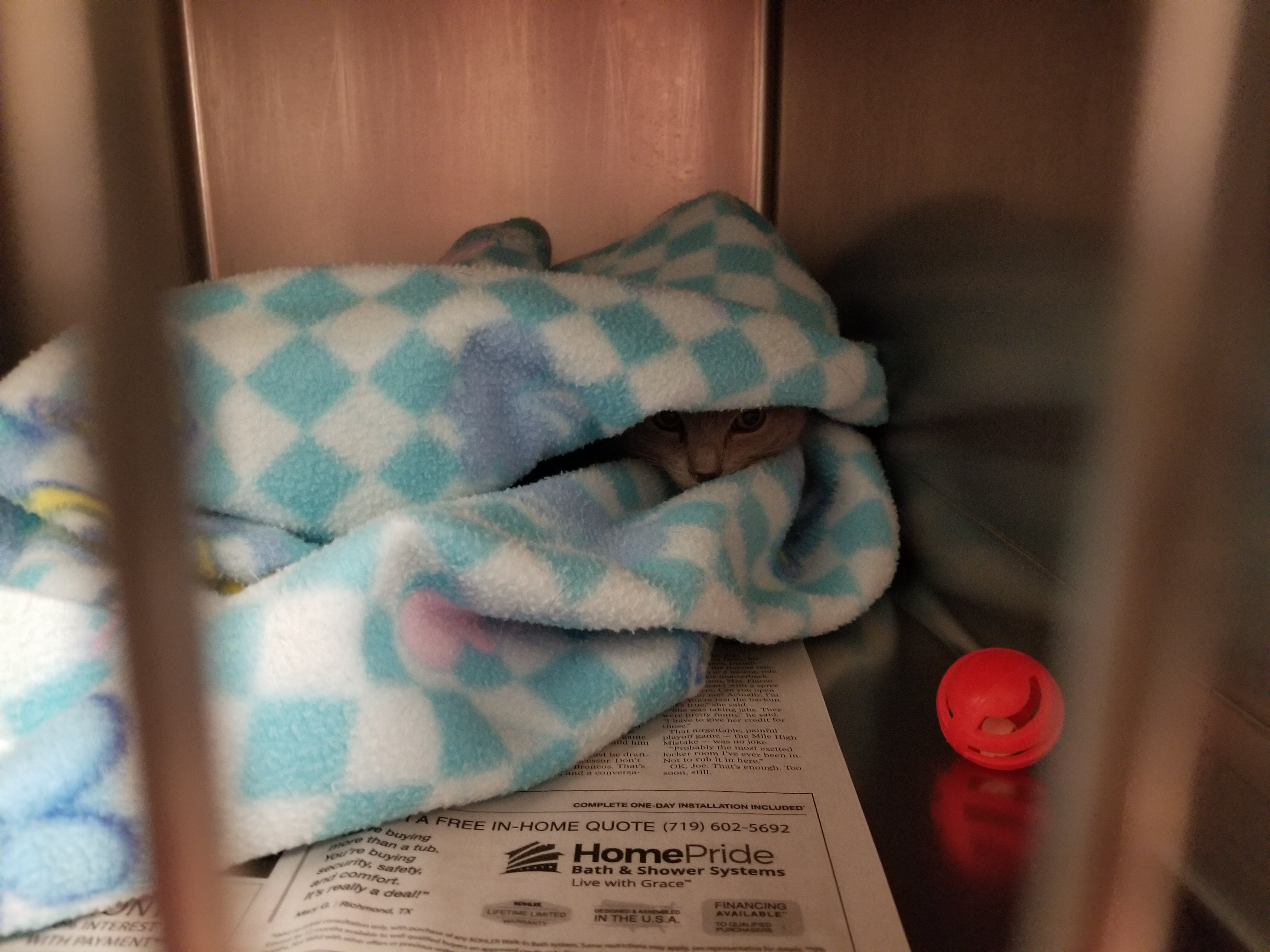 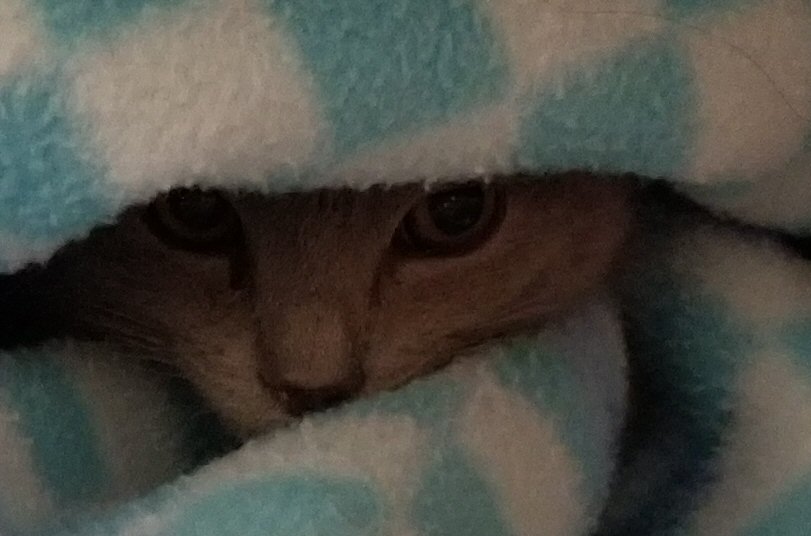 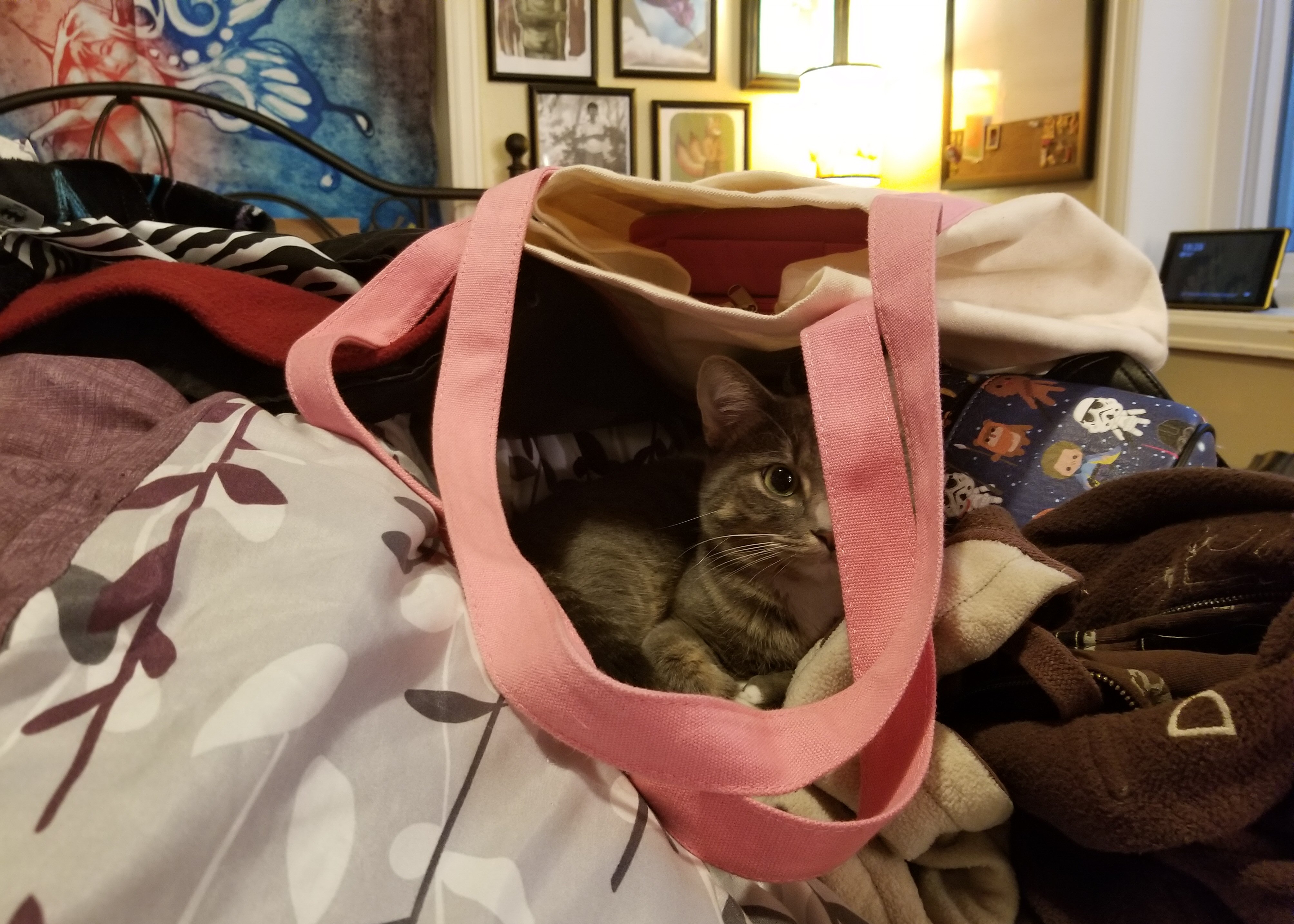 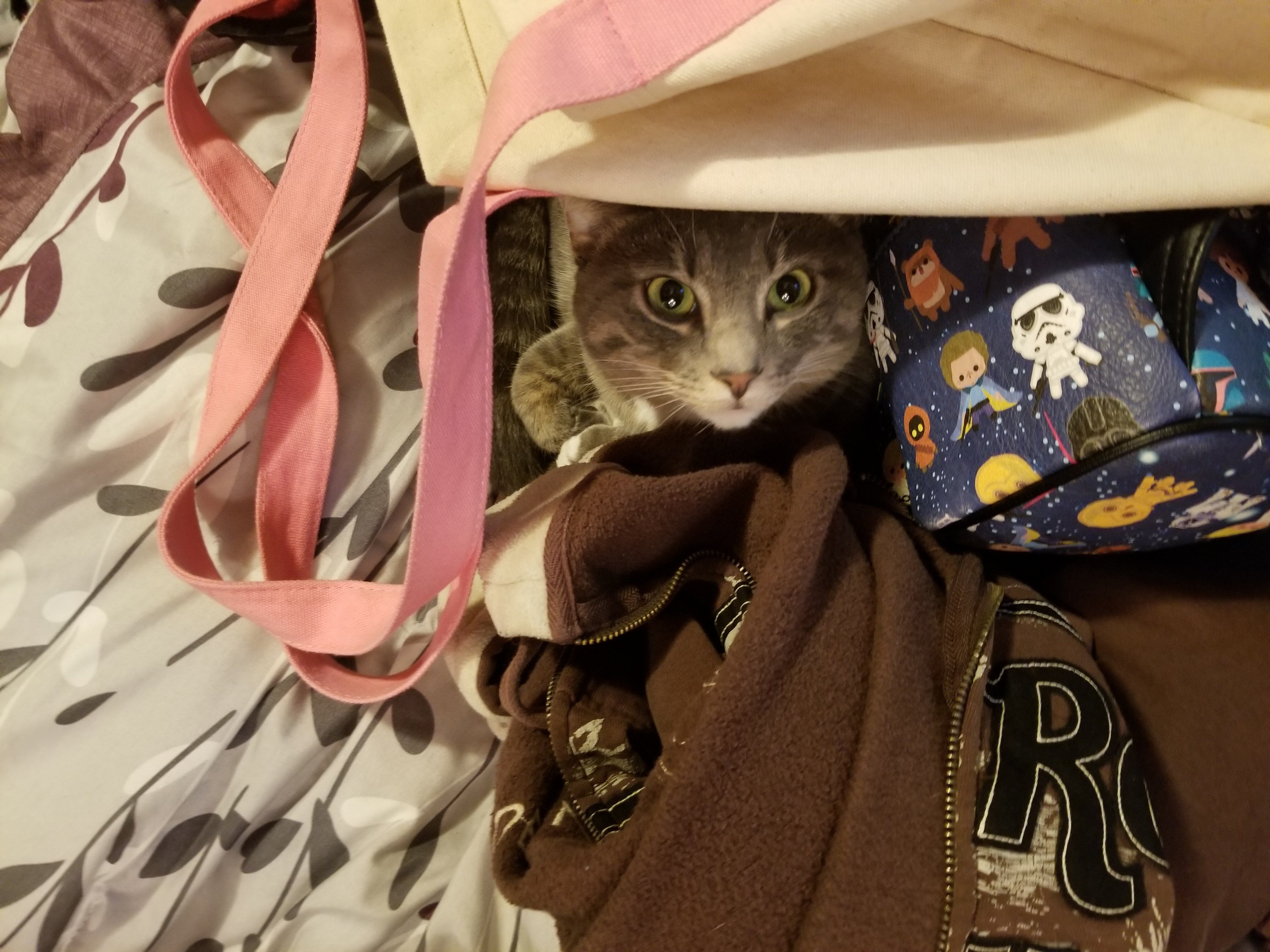 
This cat made a little newspaper tunic for himself. It was even better than this prior to my being able to get a picture, but it’s still worth looking at. 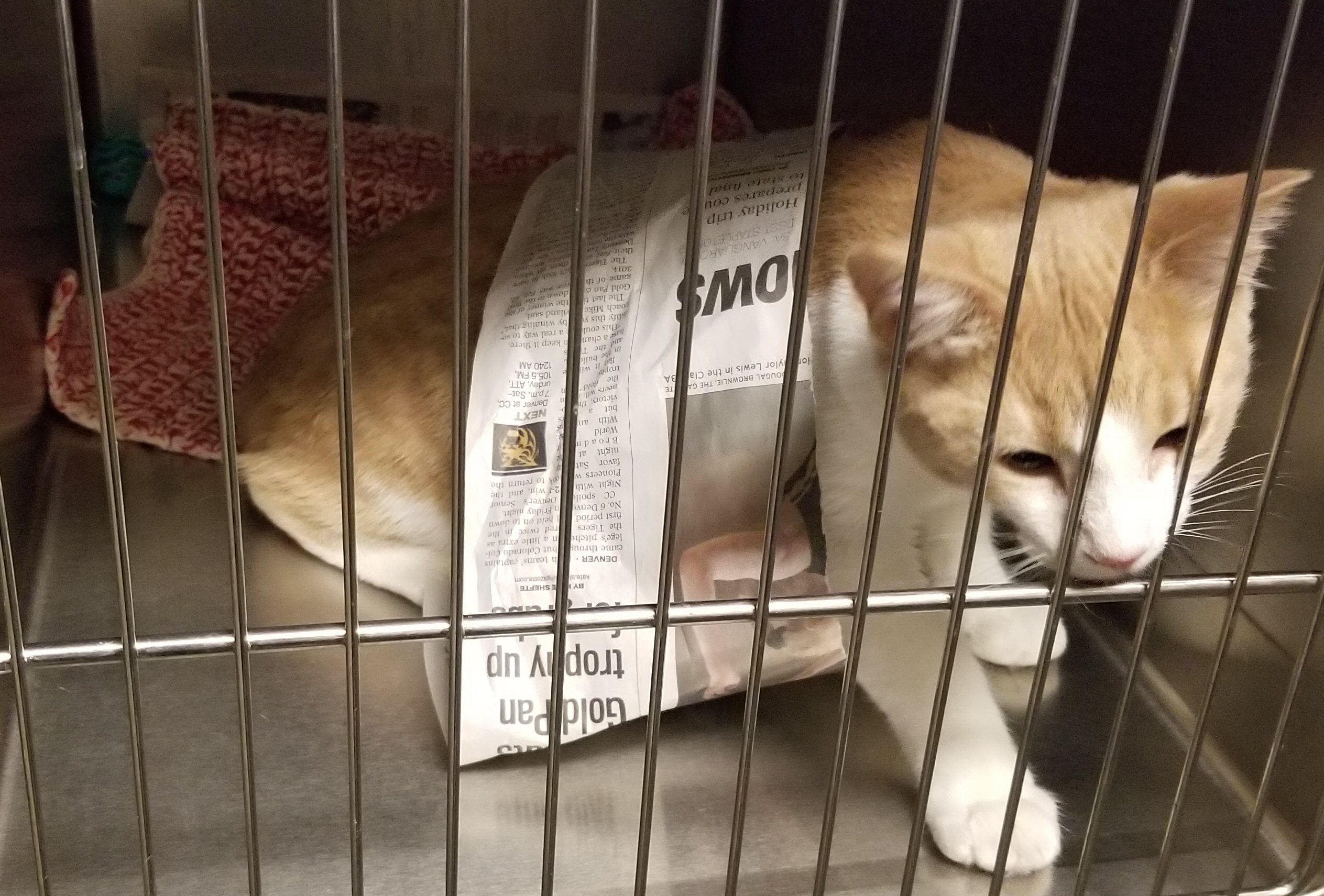 And now it’s time for the best thing that’s ever happened to me. A co-worker of mine bought a copy of my book to give to her grandson, who she says is intellectually advanced but socially behind. And once he’d finished reading the book, she tried to get him to talk to her about it. Instead of responding verbally, he wrote a review. Then she was able to get him to open up a bit more in conversation about some of the points he’d made in his review. 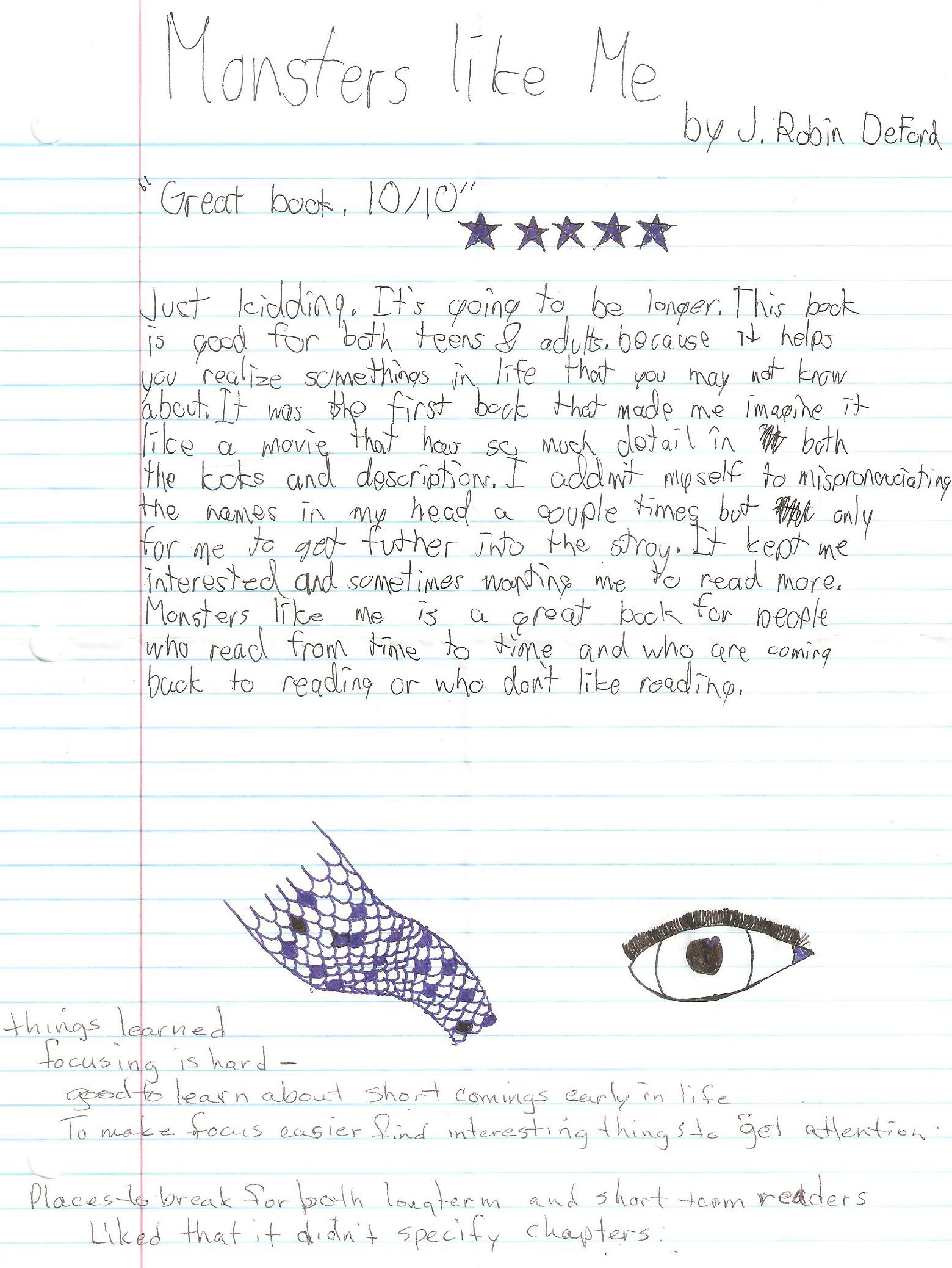 
Just kidding. It’s going to be longer. This book is good for both teens and adults. because it helps you realize somethings in life that you may not know about. It was the first book that made me imagine it like a movie that has so much detail in both the looks and descriptions. I addmit myself to mispronunciating the names in my head a couple times but only for me to get futher into the stroy. It kept me interested and sometimes wanting me to read more. [This] is a great book for people who read from time to time and who are coming back to reading or who don’t like reading.

And then my co-worker’s notes on what they discussed based on this review:


good to learn about shortcomings early in life


To make focus easier find interesting things to get attention


Places to break for both longterm and short term readers


Liked that it didn’t specify chapters

I don’t know what the kid’s pictures are all about (though I’m happy to have them), but this is still the greatest thing that’s ever happened to me. Of course this wasn’t a spontaneous review, but it’s the next best thing, and it makes me so deeply happy. I cried and cried when I first read it. That boy will probably never know how much this means to me. Joy to my life.


(Just as a reminder: I don’t put the title of the book or the series in text on this site so it won’t be a straight shot from a Google search of the title to this much-higher-rated site.)


I took this day off work and went to the Denver Zoo with brother. It was super awesome and I loved it. Instead of taking pictures, I drew sketches of various animals. And I figured I’d put ’em in this entry even though they’re not photos. 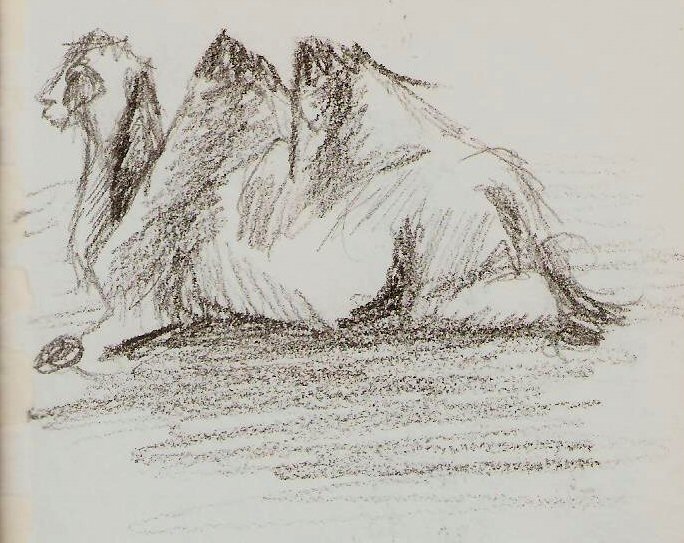 An employee appear just when I was sketching the dik-dik and informed us that this dik-dik is a kirk’s dik-dik and therefore named Spock. 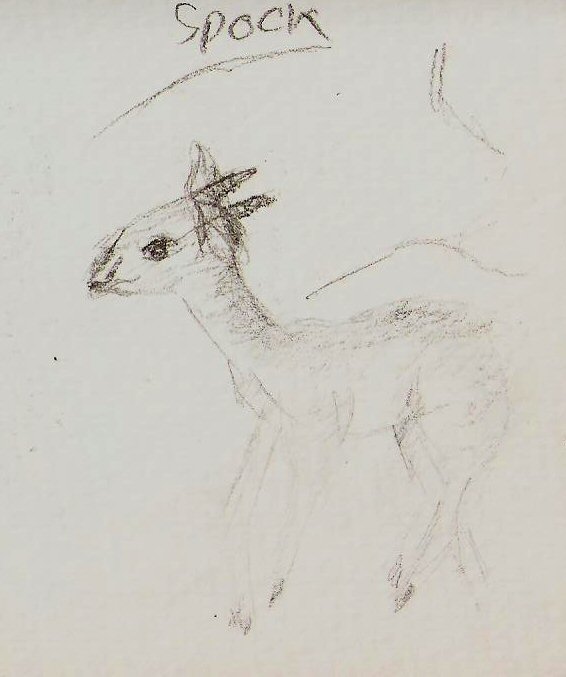 The elephant did all his tricks, such as catching lettuce in his mouth, in exchange for a lettuce reward. He was very cute and clever. 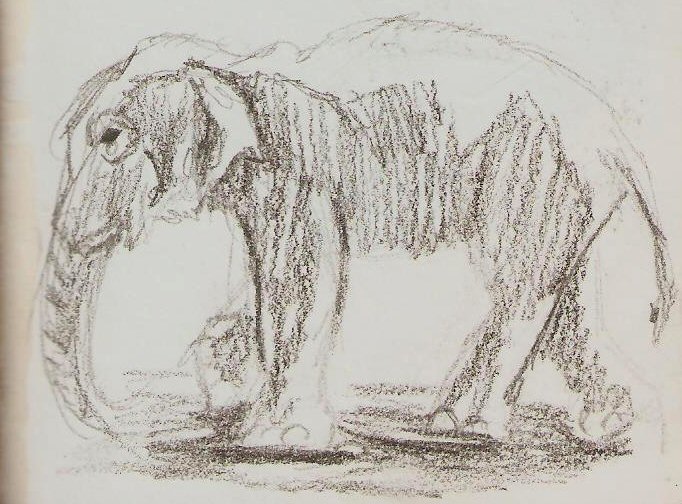 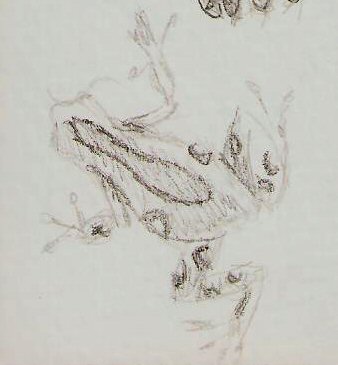 Anything in my purse sketchbook in soft graphite gets really smudged. I should probably spray it sometime.

This gorilla was lying in the the straw and picking at it about two feet from the glass, and nobody else was around watching, so I was able to sit down and do a decent sketch of him. 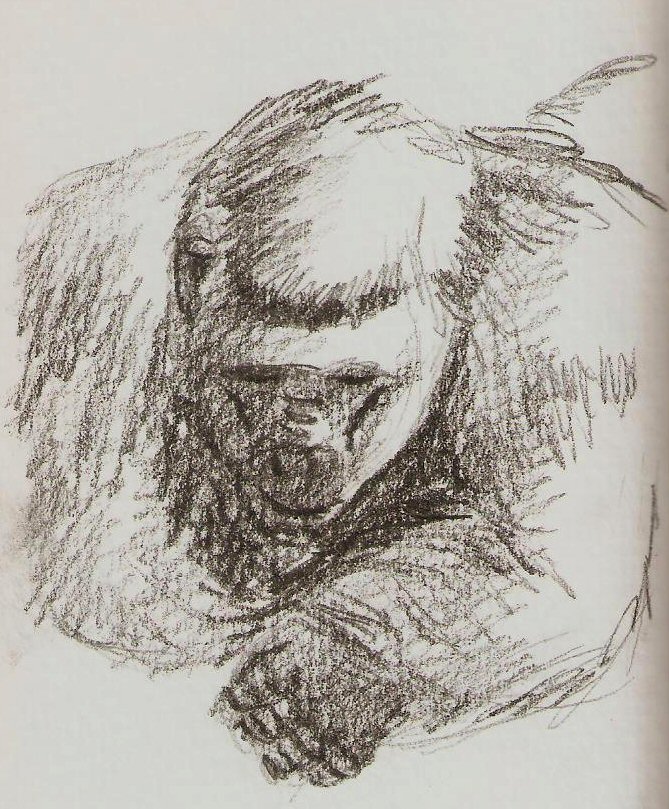 This leopard was lying on its back/side with one foot up on the wall. It was so so cute. But it rolled over in the middle of my sketch. That was still cute, but I had to stop drawing. 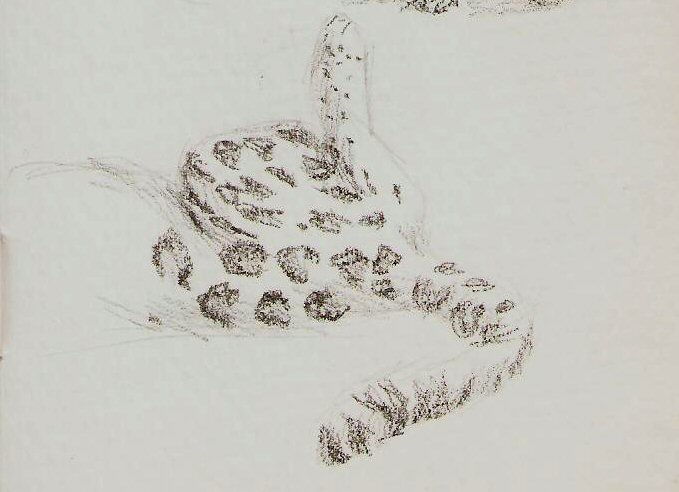 The lion, like the gorilla, was right up against the glass. She was so beautiful, especially her teeth, and just sat there as if begging for someone to draw her. However, unlike with the gorilla, there were quite a few people packed right around me looking at her, and no convenient place to sit. So my lion sketch turned out rather abstract. 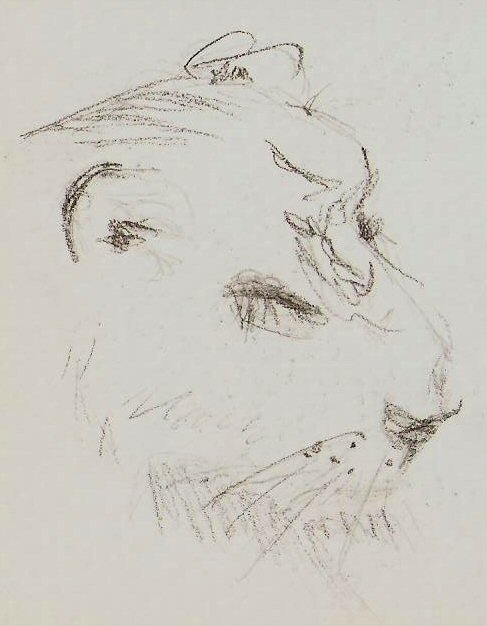 This monitor was sleeping across two rocks and dangling its foot between them, which was pretty adorable. But it moved in the middle of the sketch, and you kinda can’t tell what’s going on in this one at all XD 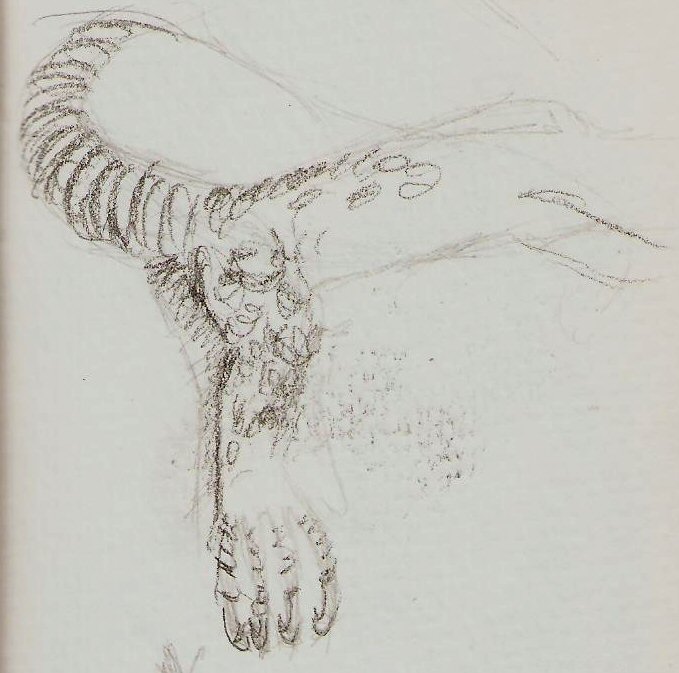 This peacock didn’t look nearly so upset in real life. 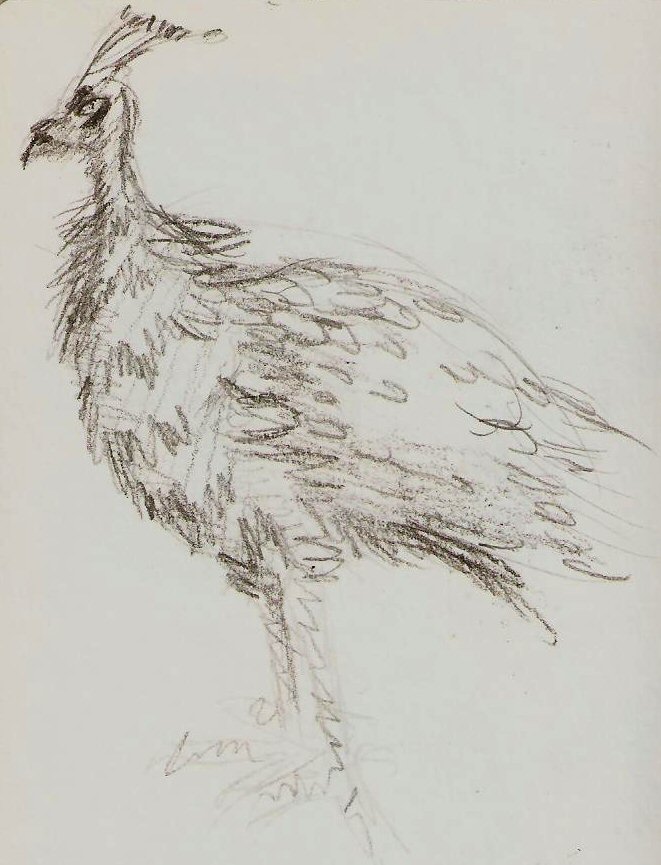 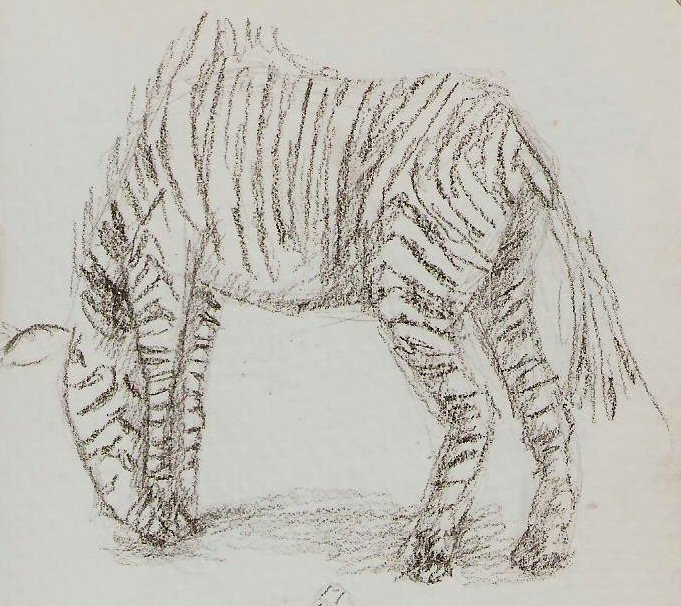 Ah, what a wonderful trip to the zoo. One of these times, I’d like to go there and do a couple of less sketchy pictures in watercolor pencil. I’d have to find some animal I could comfortably sit and watch, though. It might not work.