TWIP: NEW KITTIN!! A few other things, but mostly Suki

Here are these two Best Friends just outside the kitchen again: 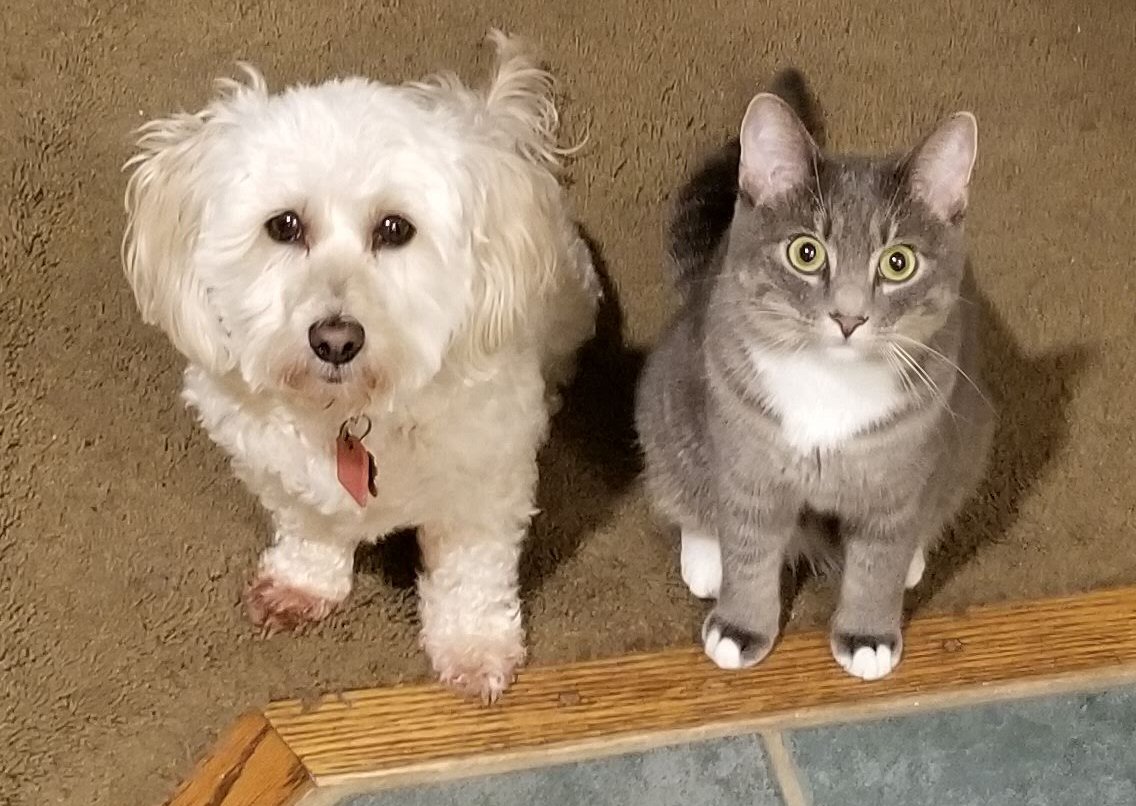 Anyway, this was one of several barn kittens (most of them up for adoption) that a client brought in for spay/neuter. They were calling her Tiger, which is stupid. I harassed mom via text with some pictures of her adorableness and how much I already loved her, and mom grudgingly agreed. Then we threw names back and forth, and couldn’t really come up with a good fictional character to name her after. Well, I mean, I had several good fictional character names, but mom didn’t want any of them. Finally she suggested Suki, which I liked, so Suki she is. 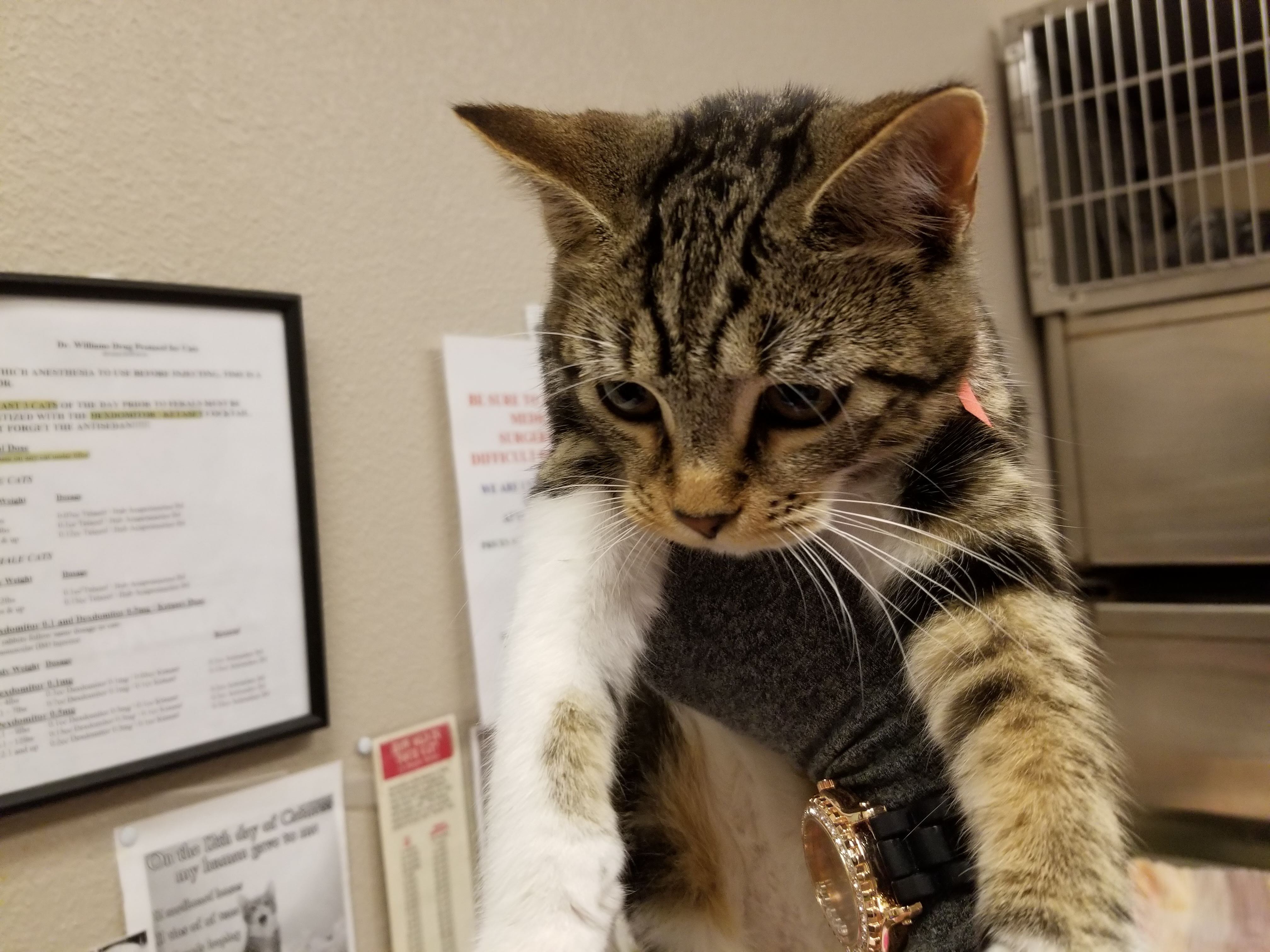 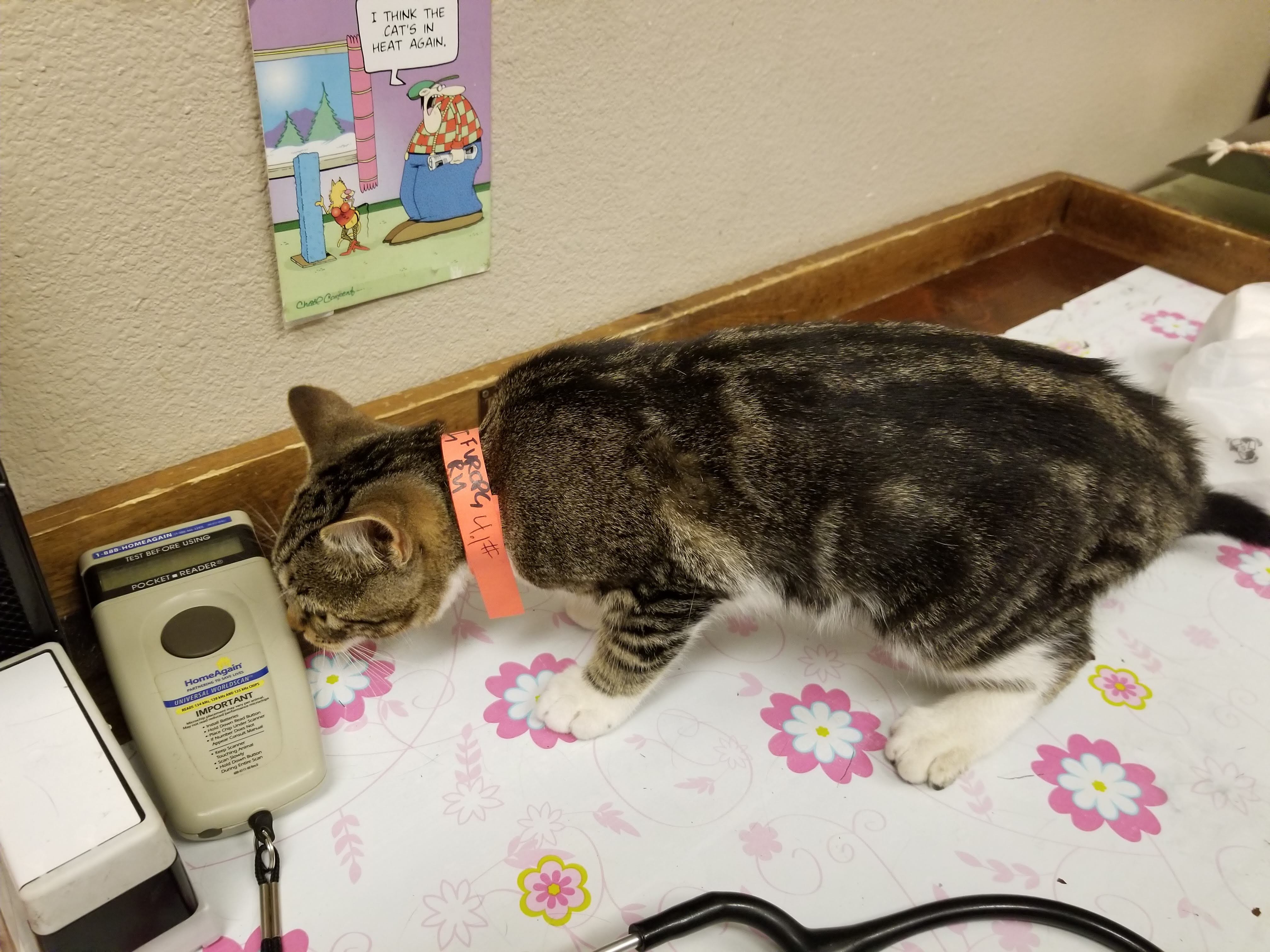 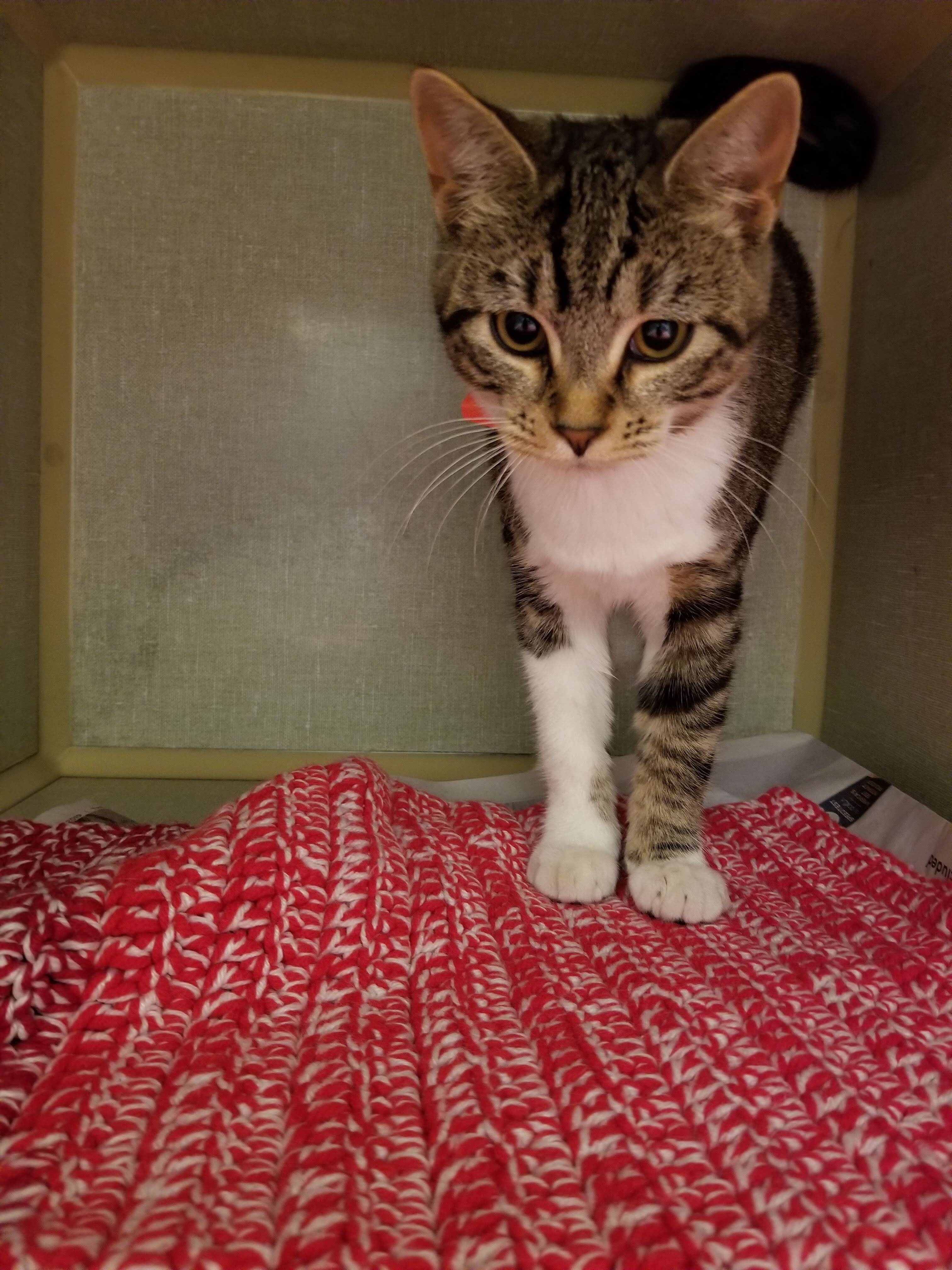 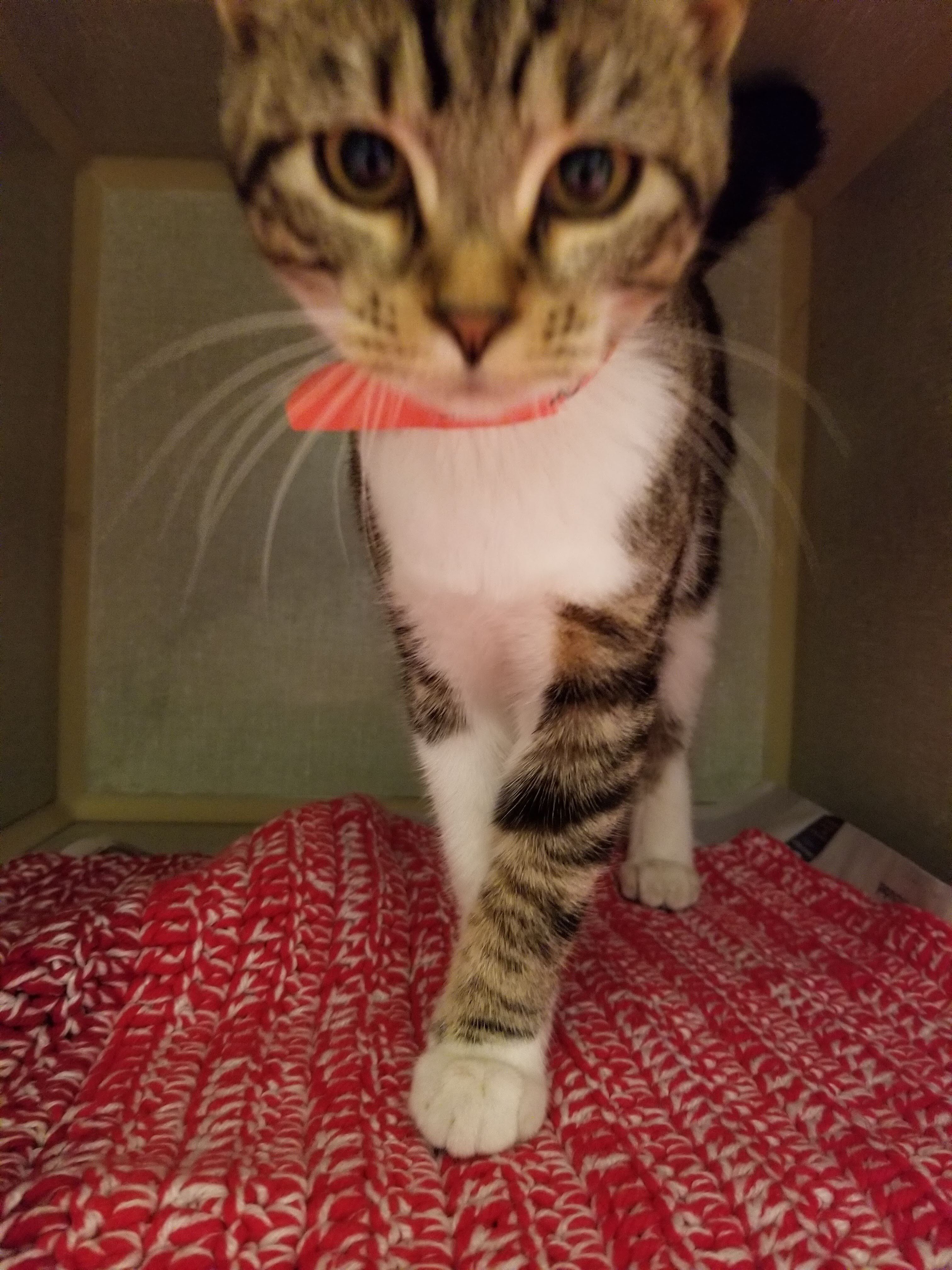 The previous owner asked a $20 rehoming fee, which was fine, and of course I paid for all her procedures with my awesome employee discount applied. The kids of the previous owner were very attached to this one, and had a noisy, tearful goodbye with her.

I took the following picture because one cat looked so much like a bleached version of the other cat.

Suki went back to work with me that second day because I didn’t want her at home alone recovering from surgery. So she hung out in the bunny cage in my cat room all day. Here she is in a carrier that day: 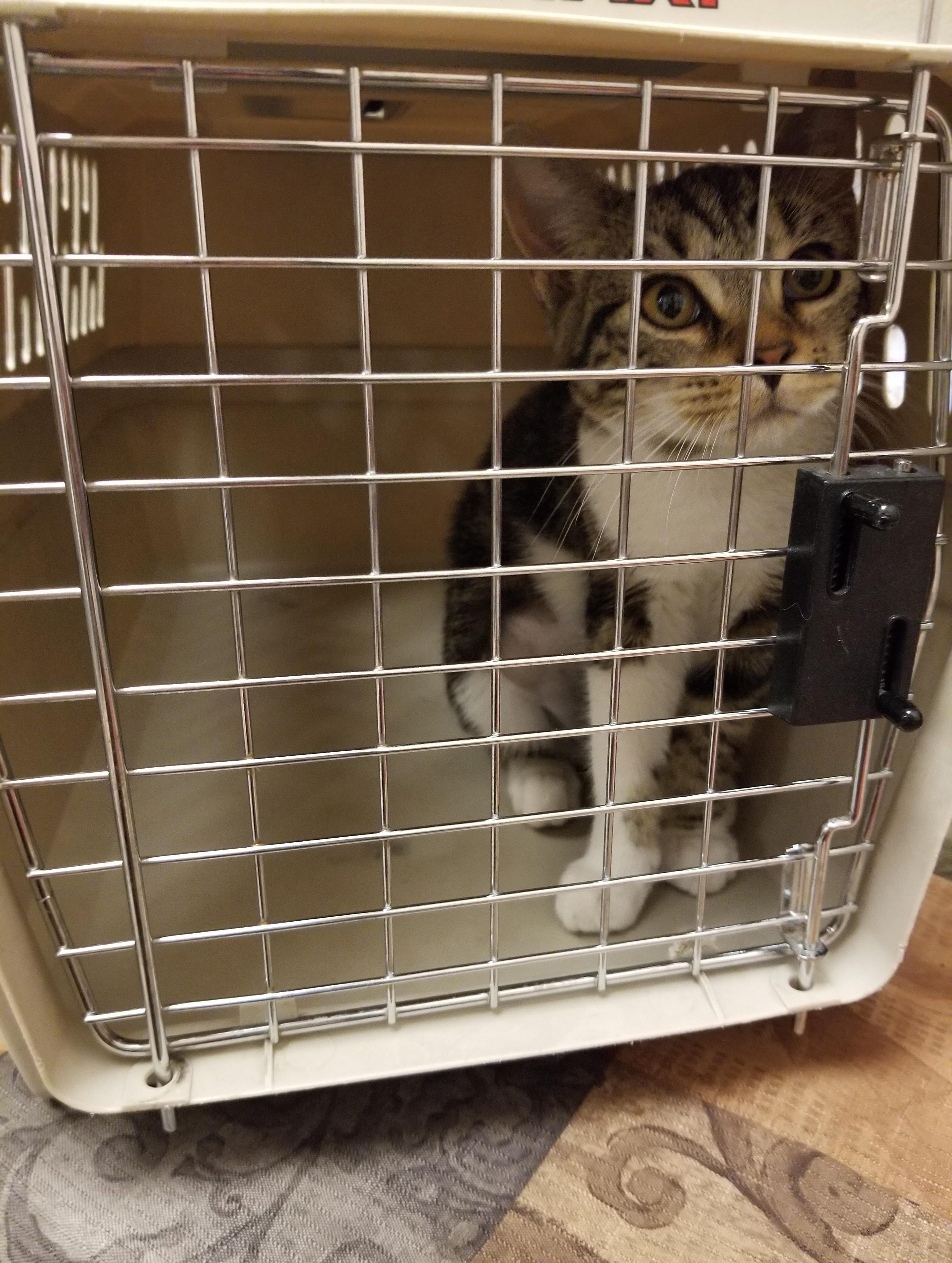 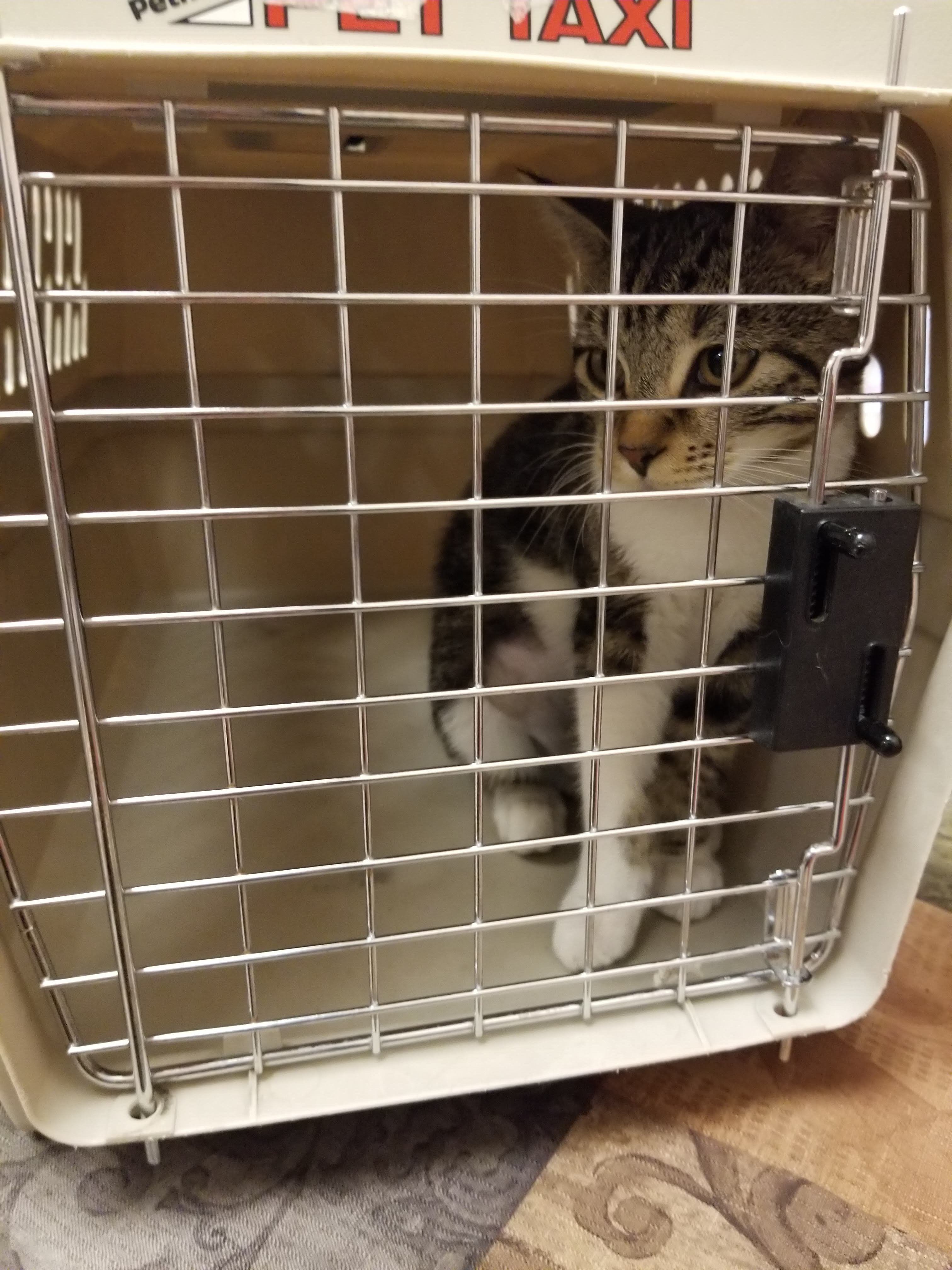 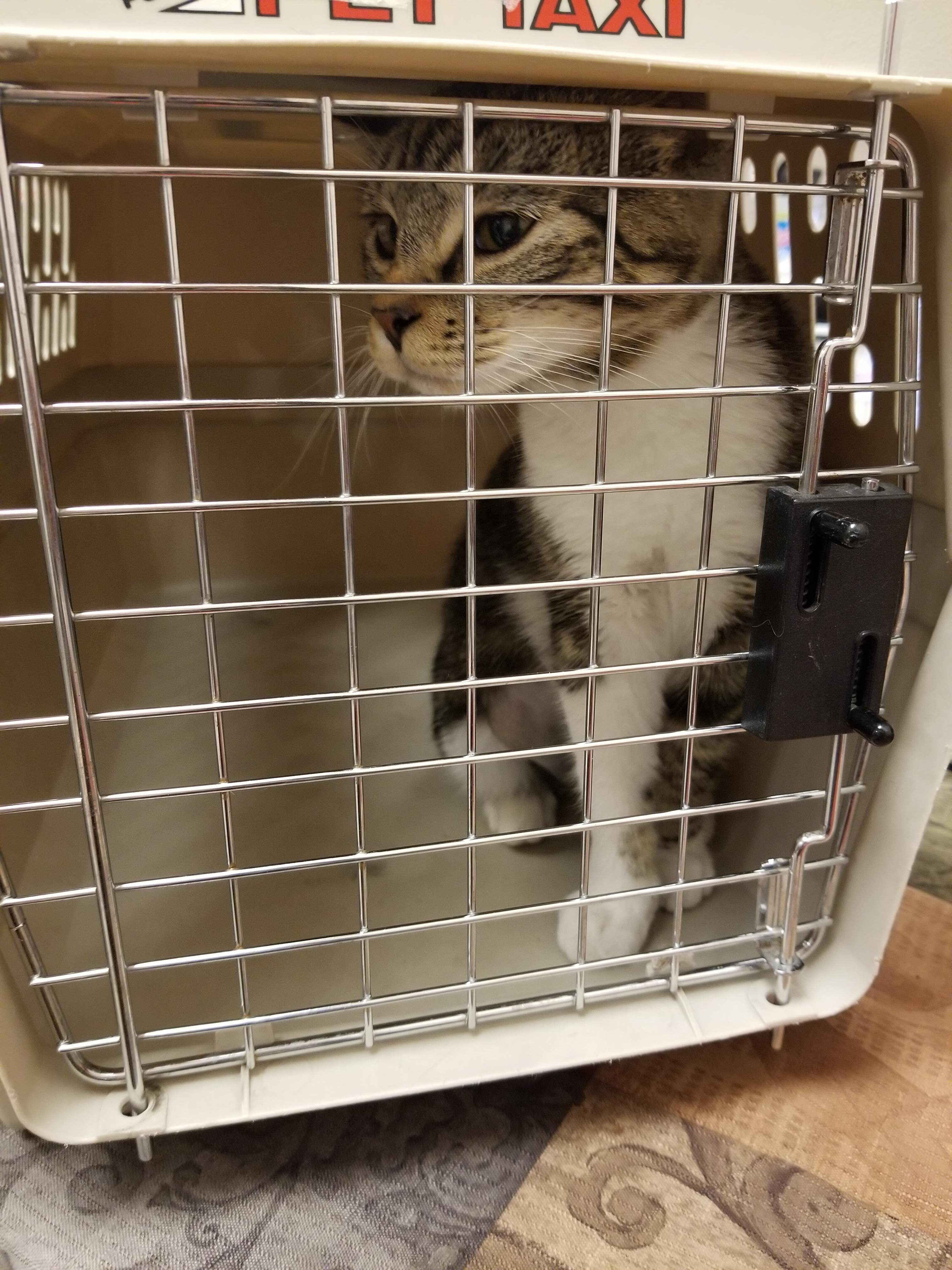 Having lived in a home with humans and other animals, and being slightly older than Piper was when I took her in, Suki was never shy or scared like Piper. She was out of her safe space and exploring the house the very first night she spent at home. She didn’t like any of the other animals at first, but she did imitate the other cats a lot. I don’t think she would ever have sat on my lap if she hadn’t seen Piper doing it. 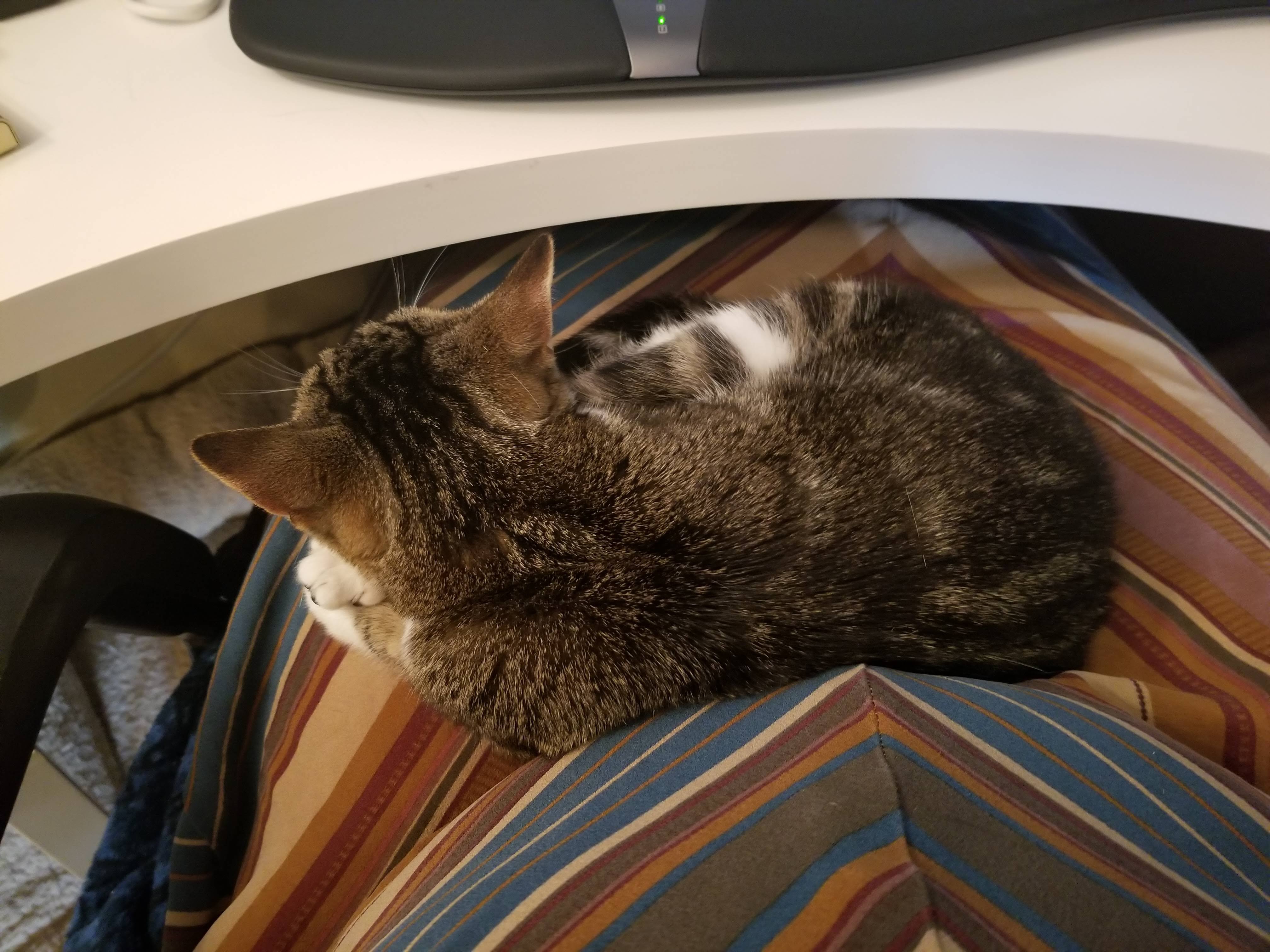 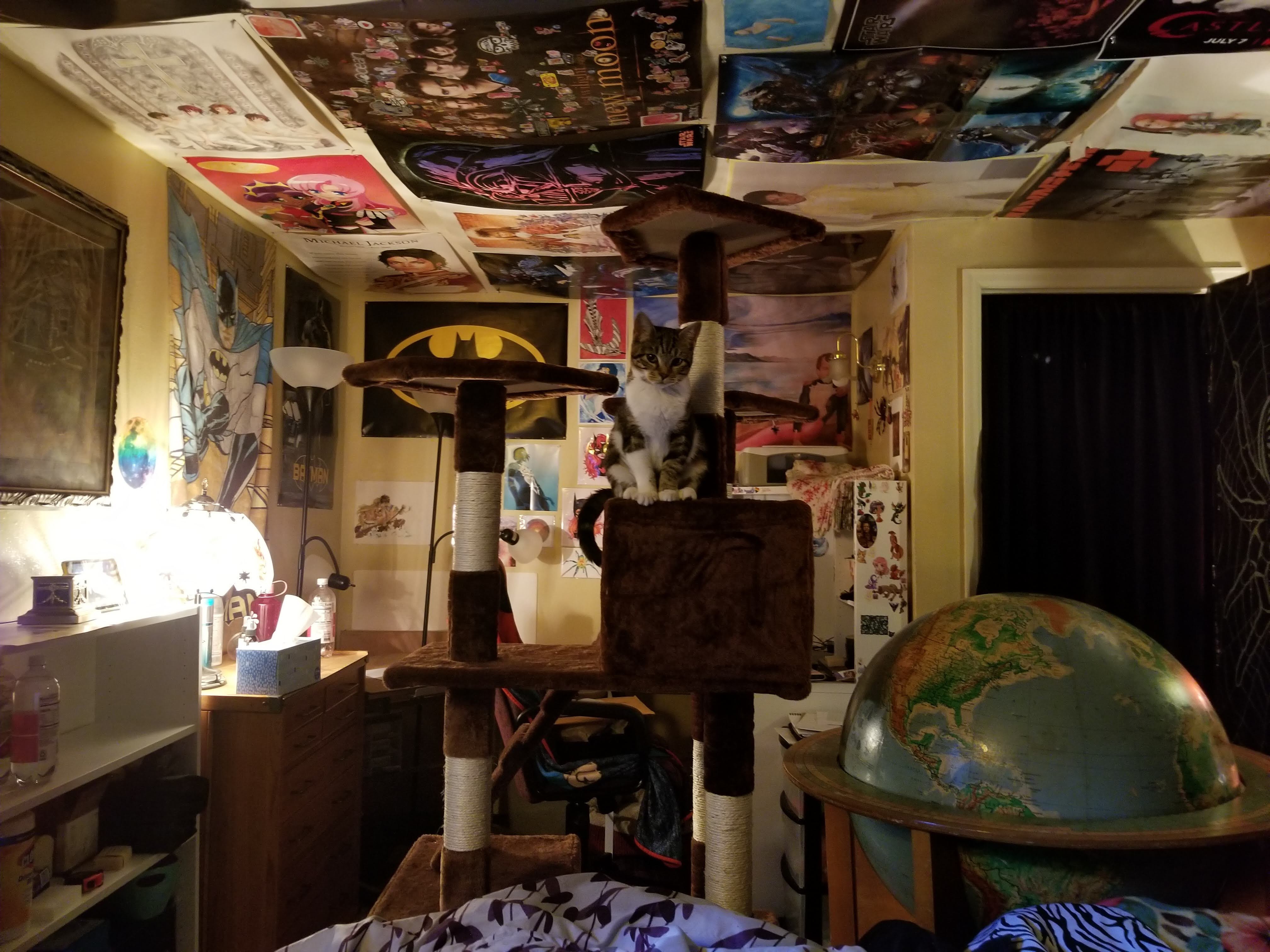 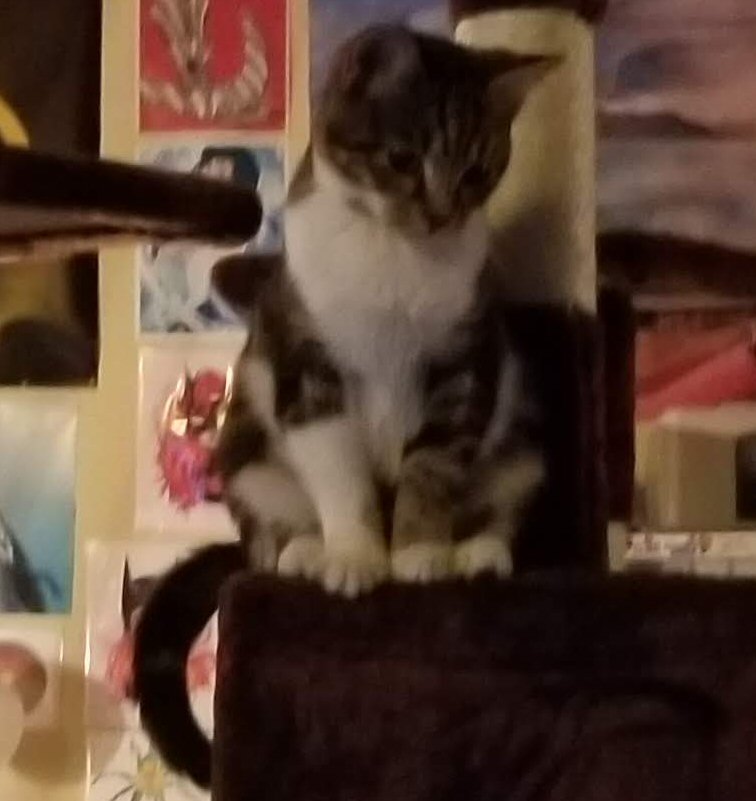 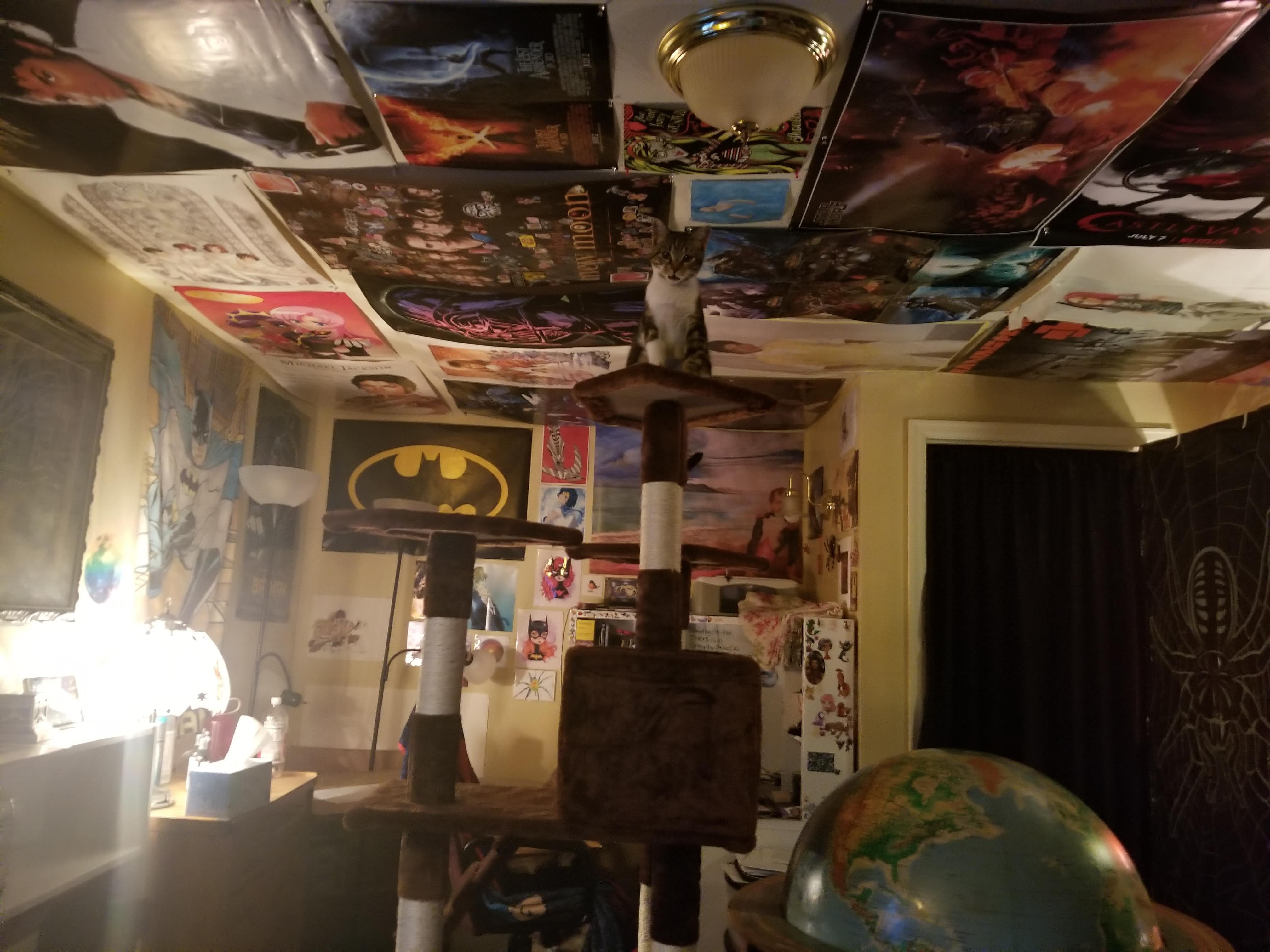 She couldn’t jump up onto the top of the desk at first, but she saw the other cats up there at times and really wanted to be up there too. So I put her up there, and she figured out right away what the blanket is for ^__^ 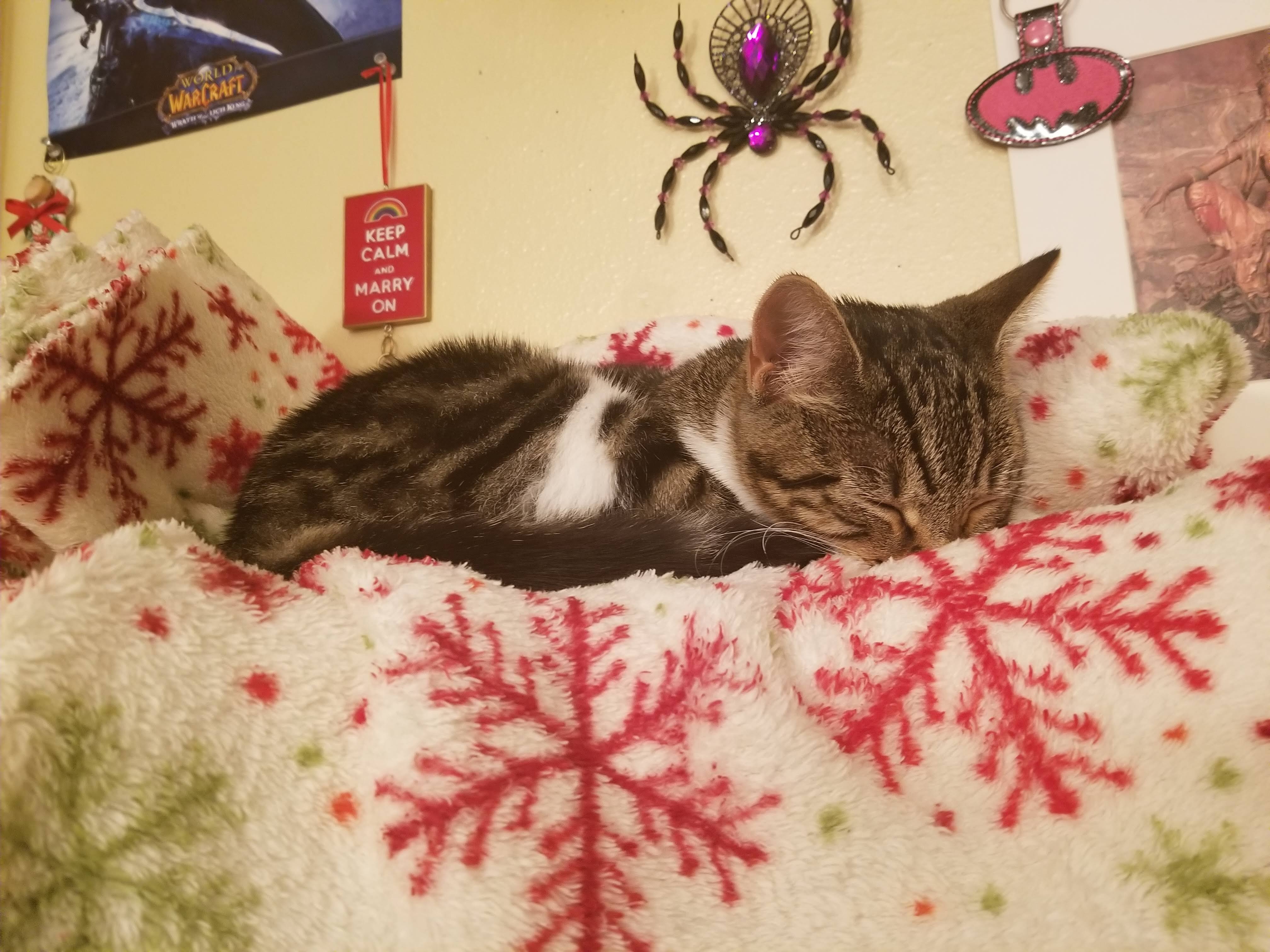 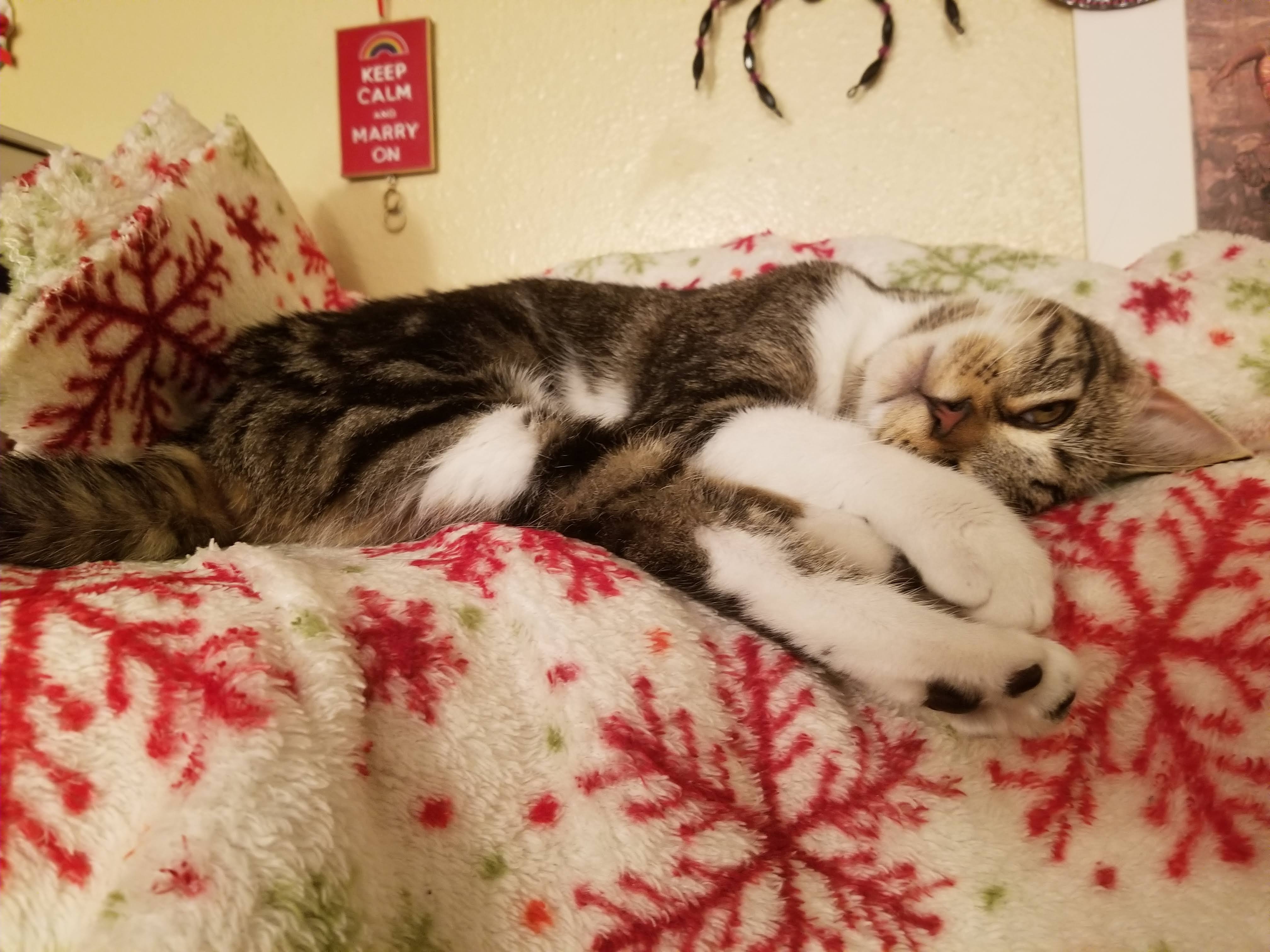 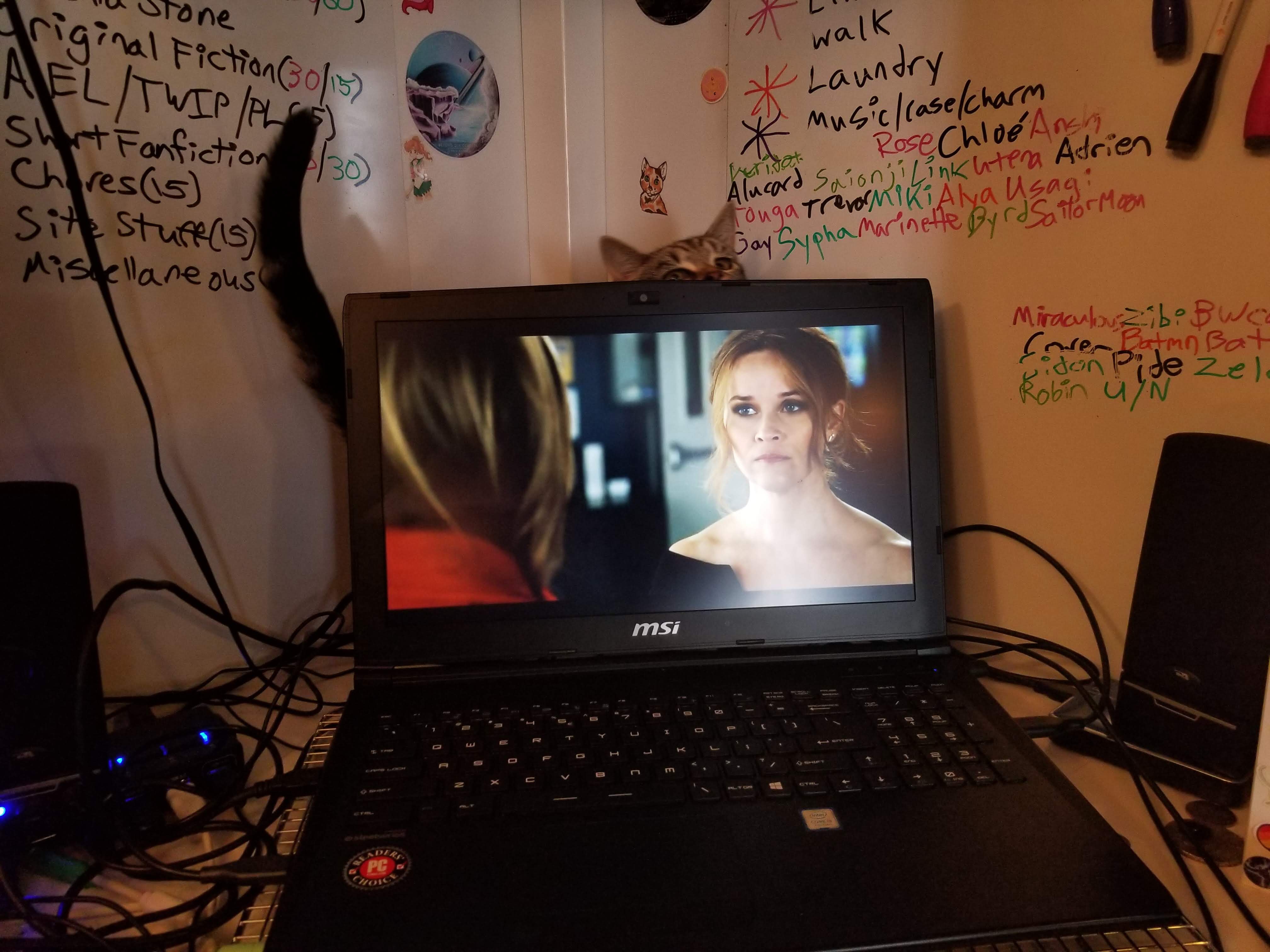 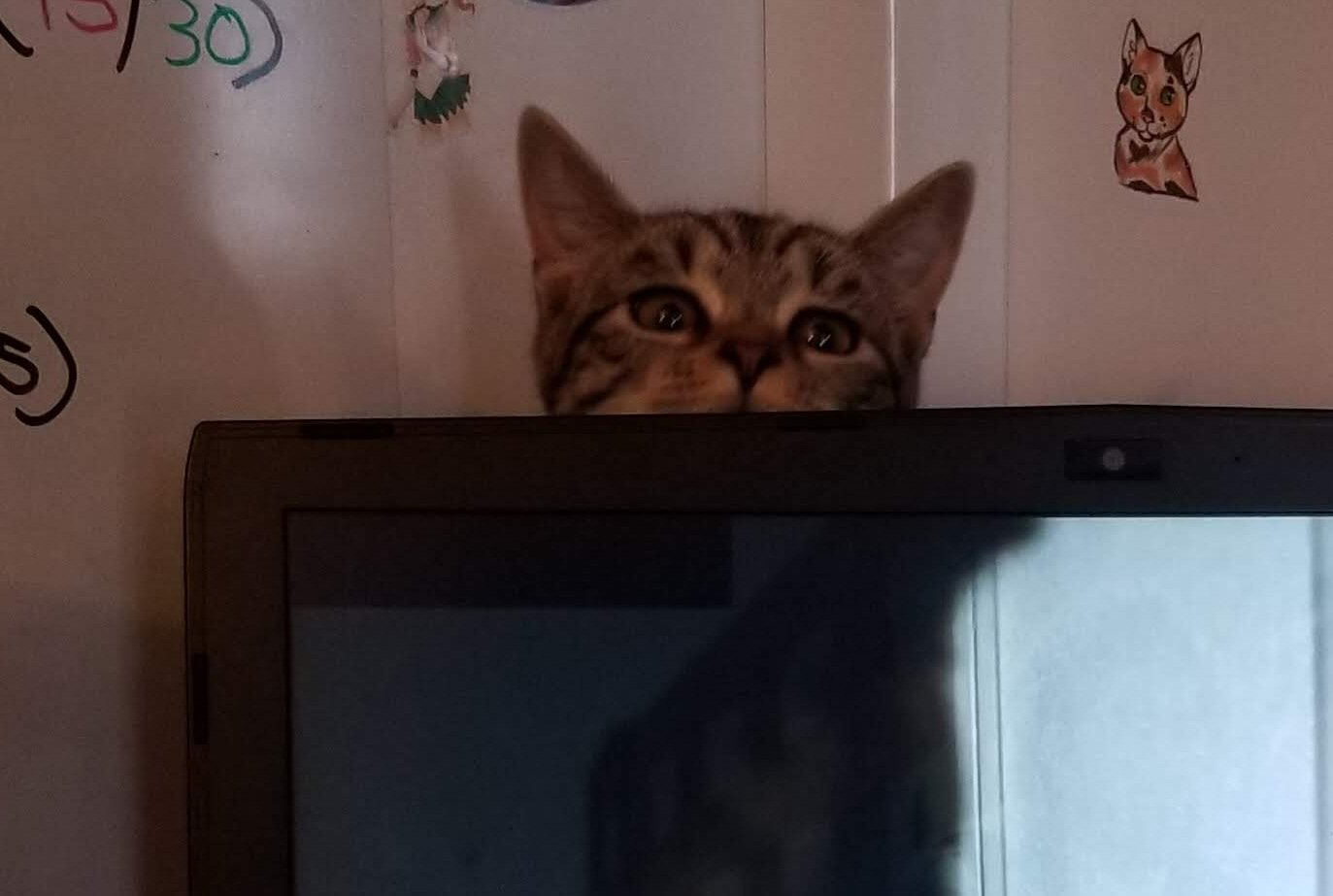 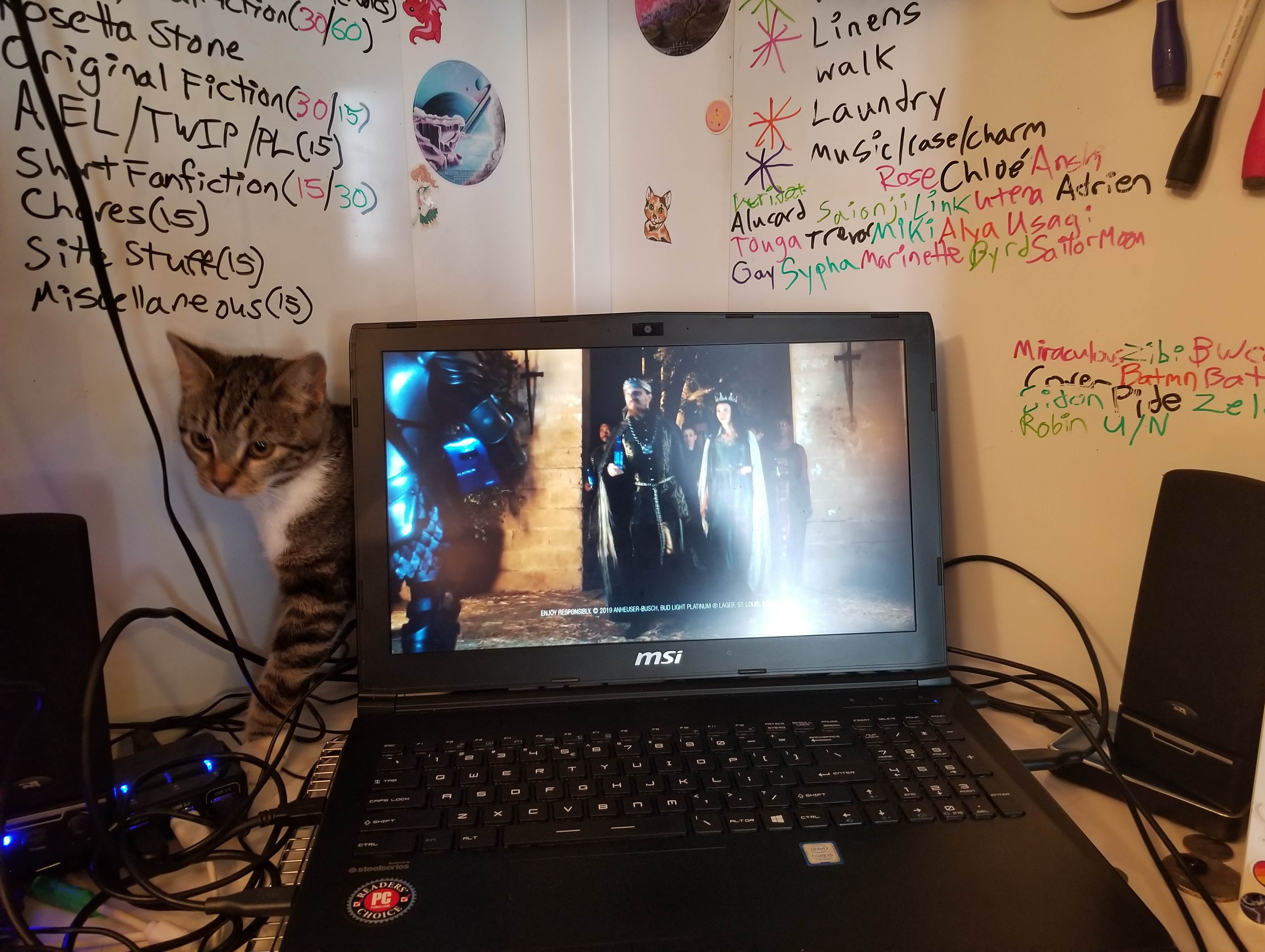 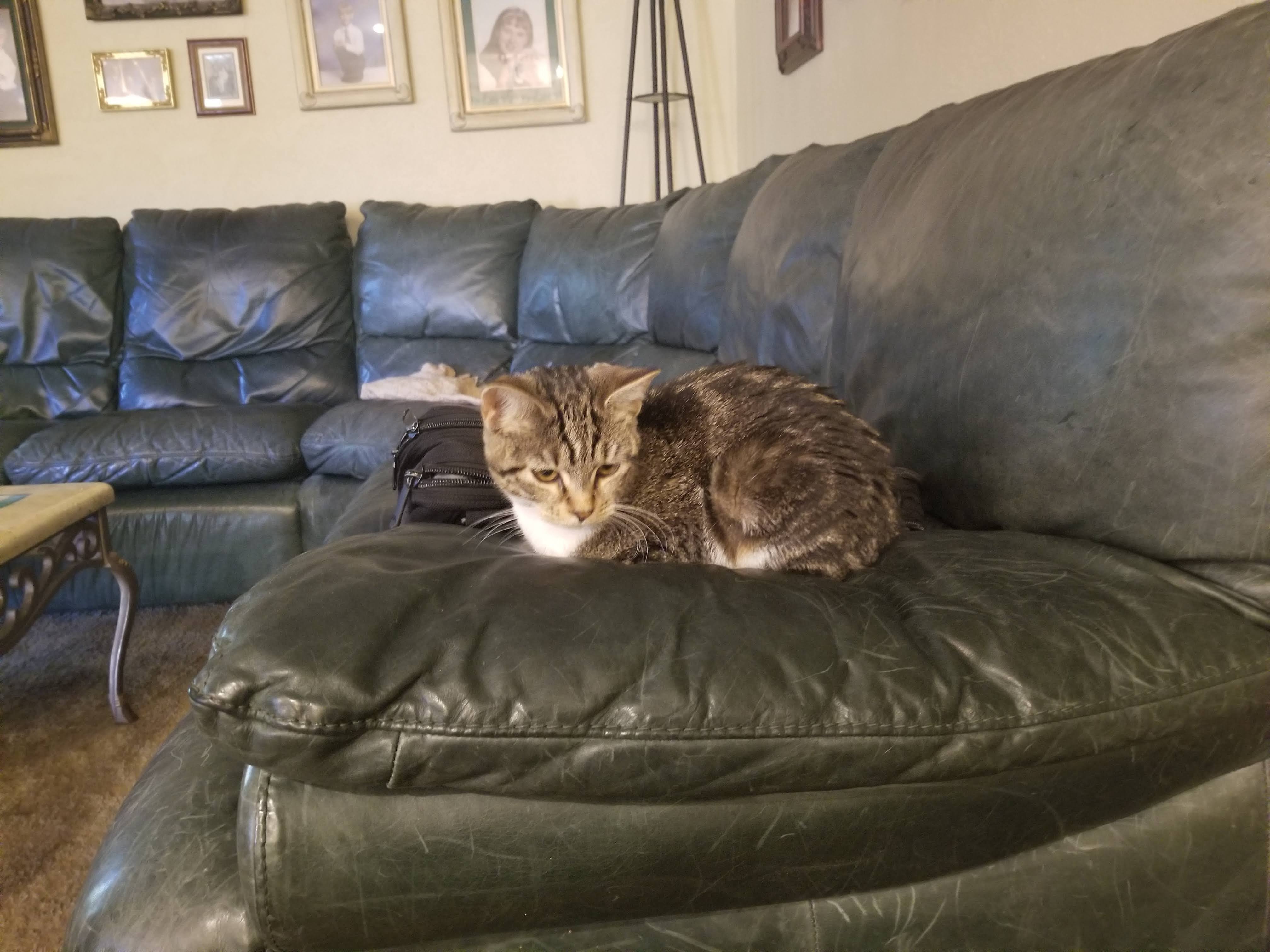 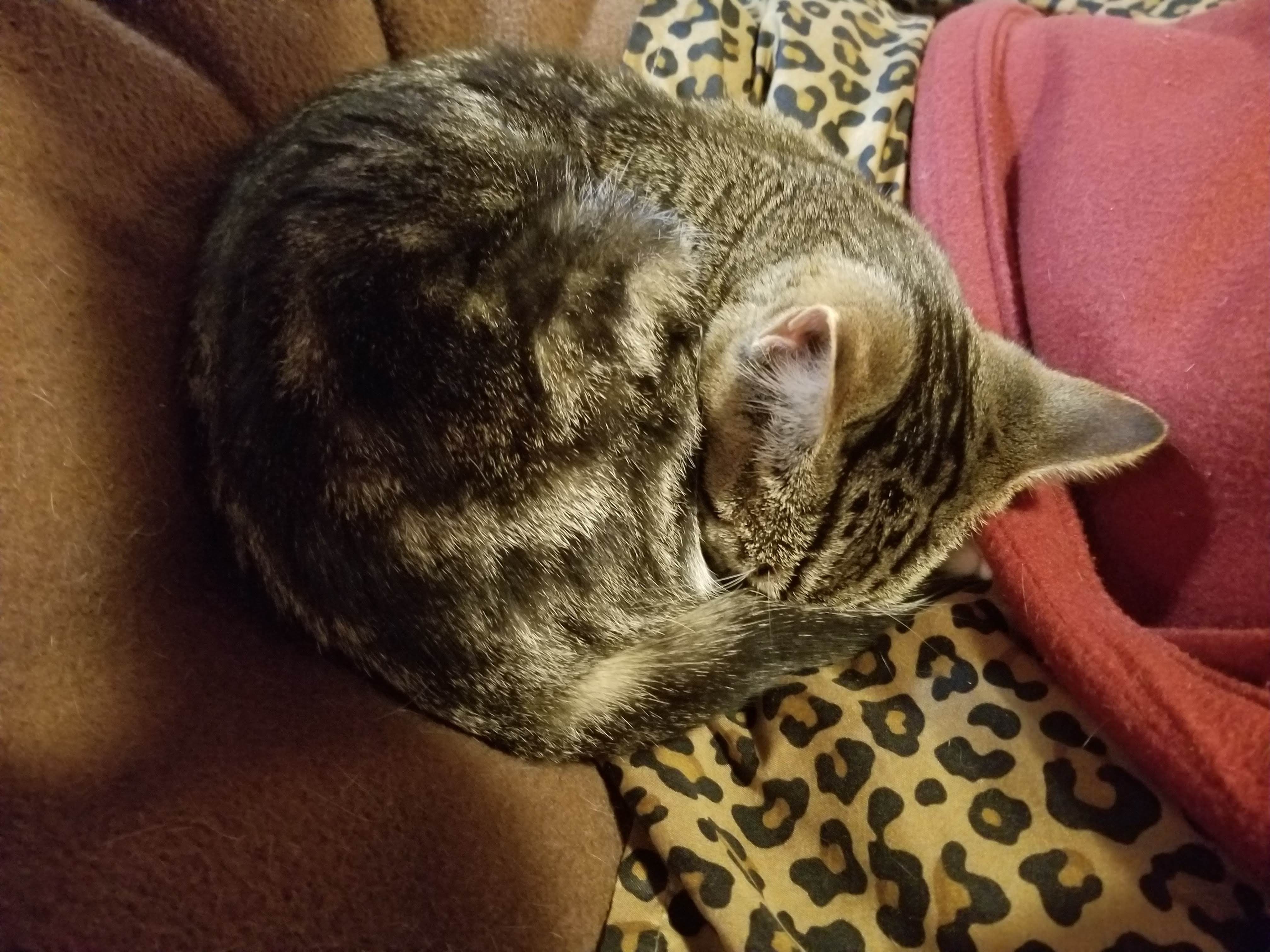 Galileo went through a period of hiding from Suki as much as he could, and being very grouchy in general. One day I walked into the computer room and saw this: 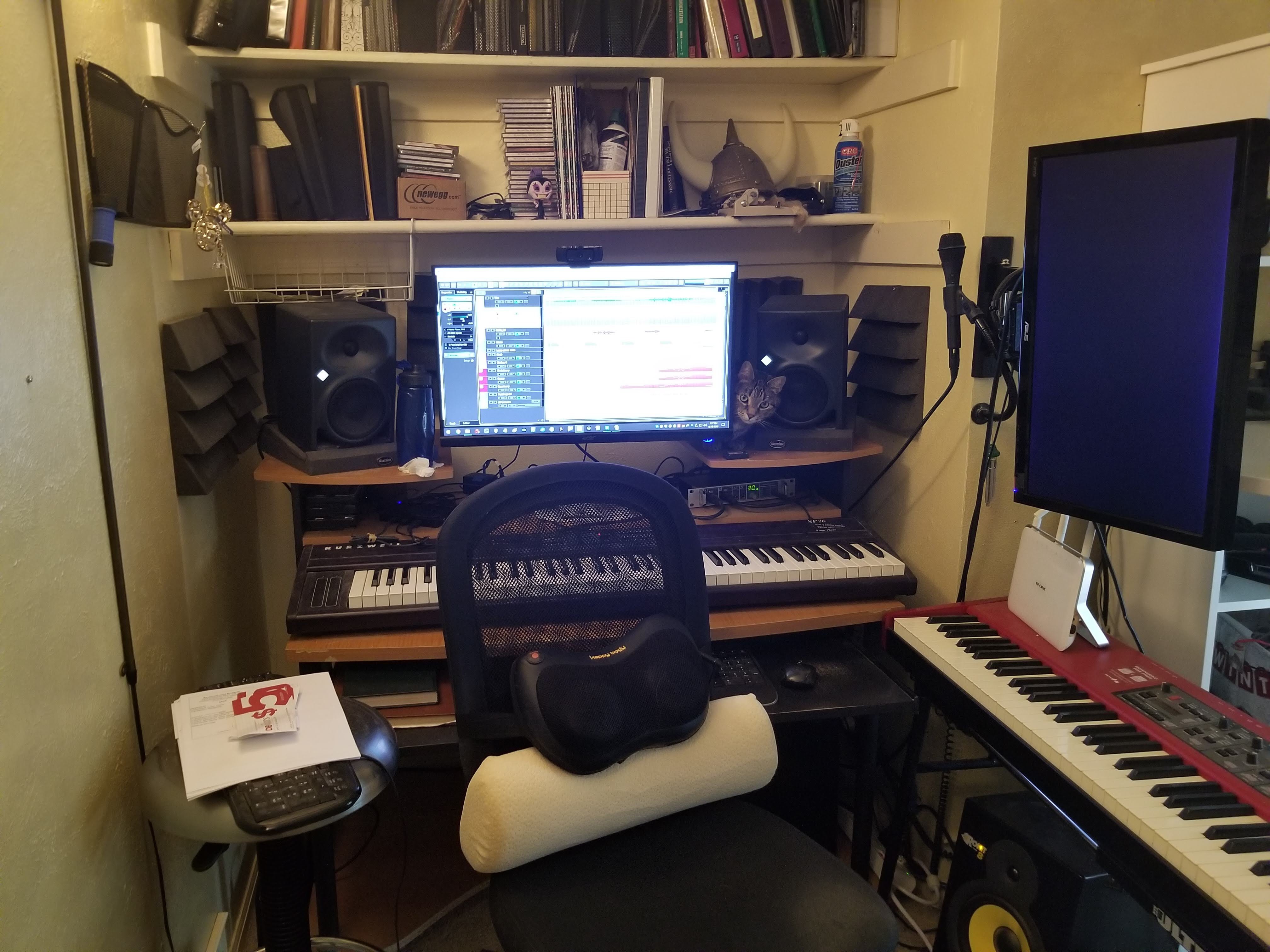 Also I took a picture of my new red pajamas for someone I was texting:

Not shy at all, Suki immediately made use of all the cat amenities in my life. 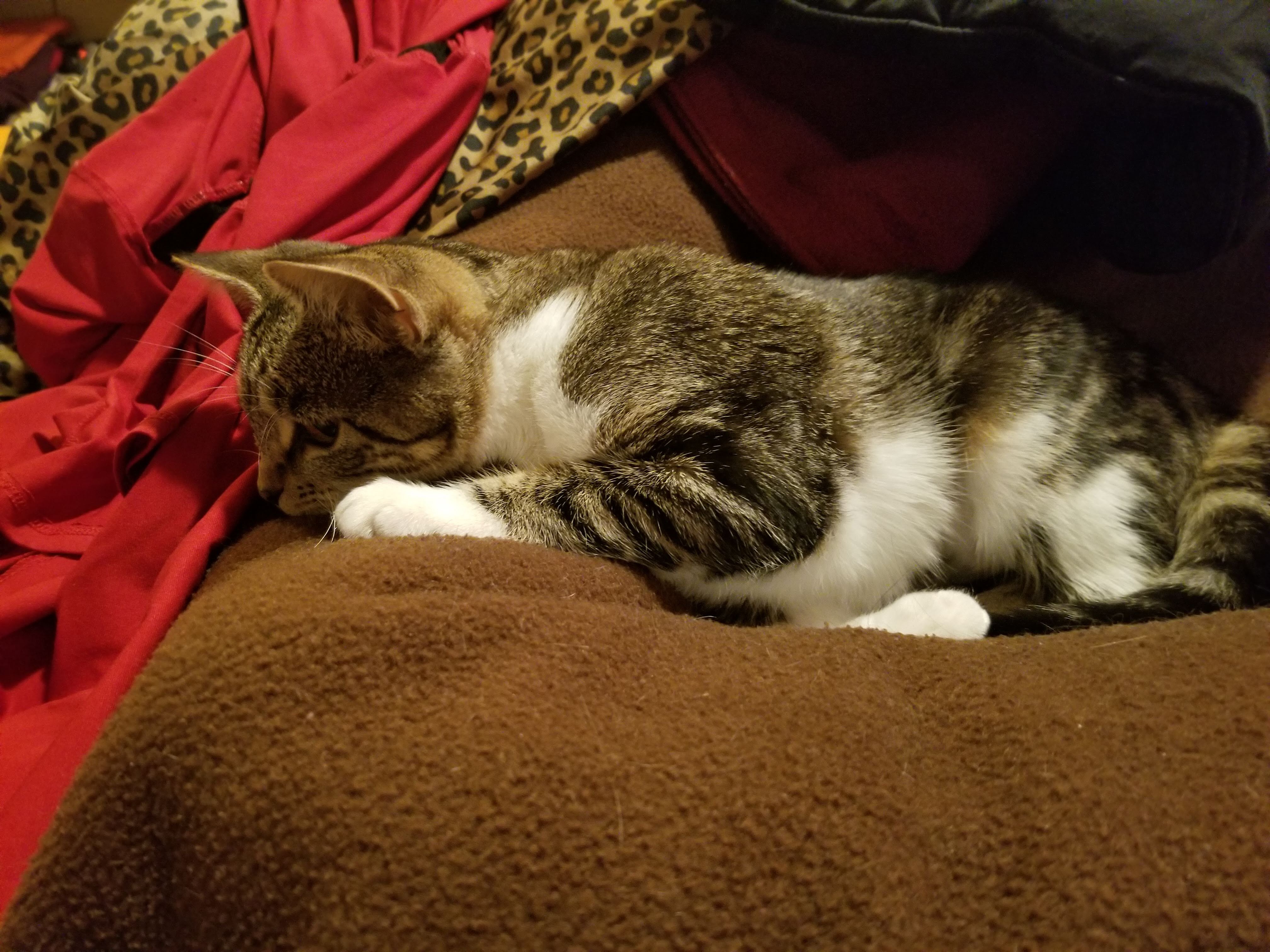 Meanwhile, this kitten at work slept like the cutest. 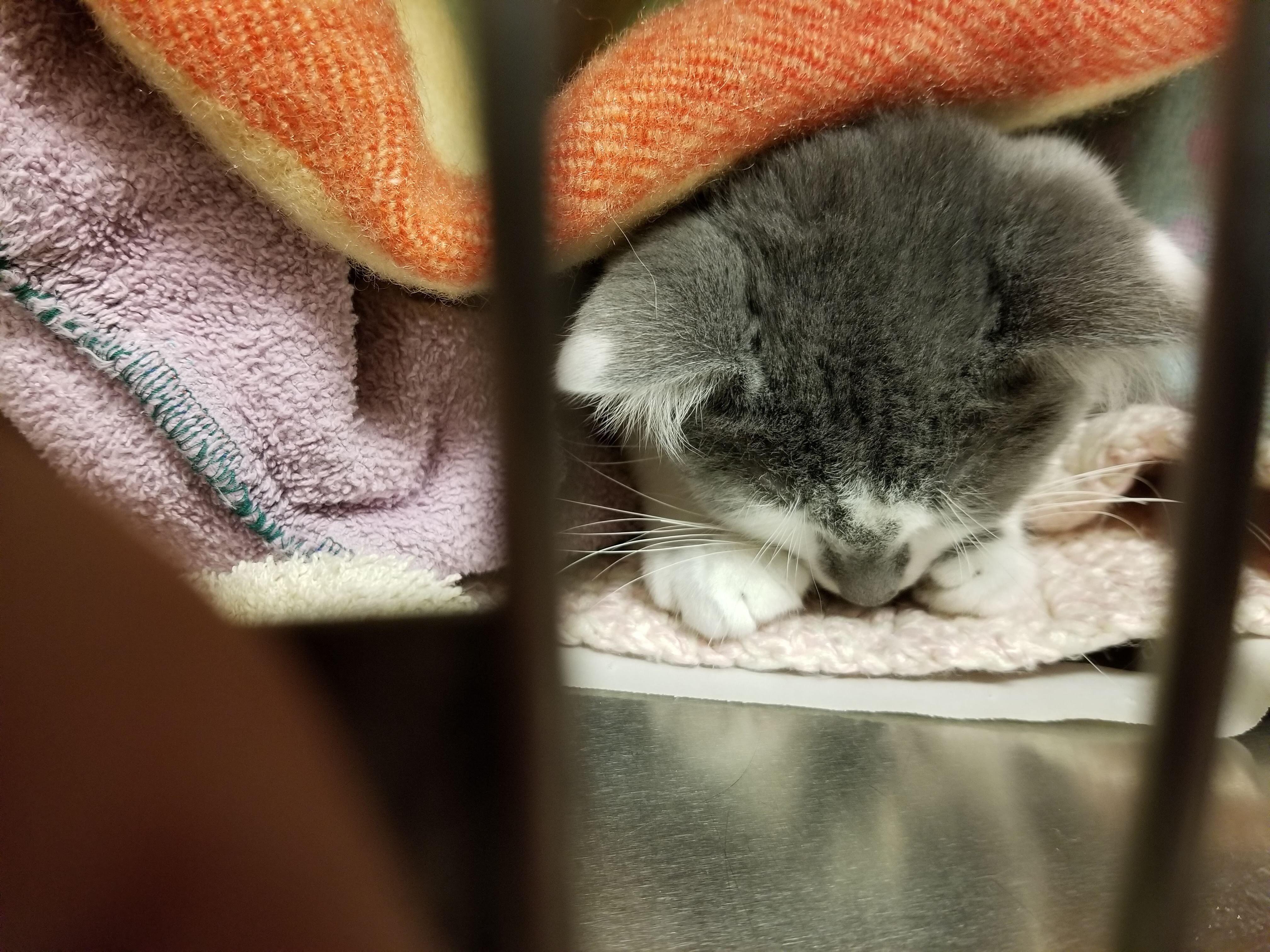 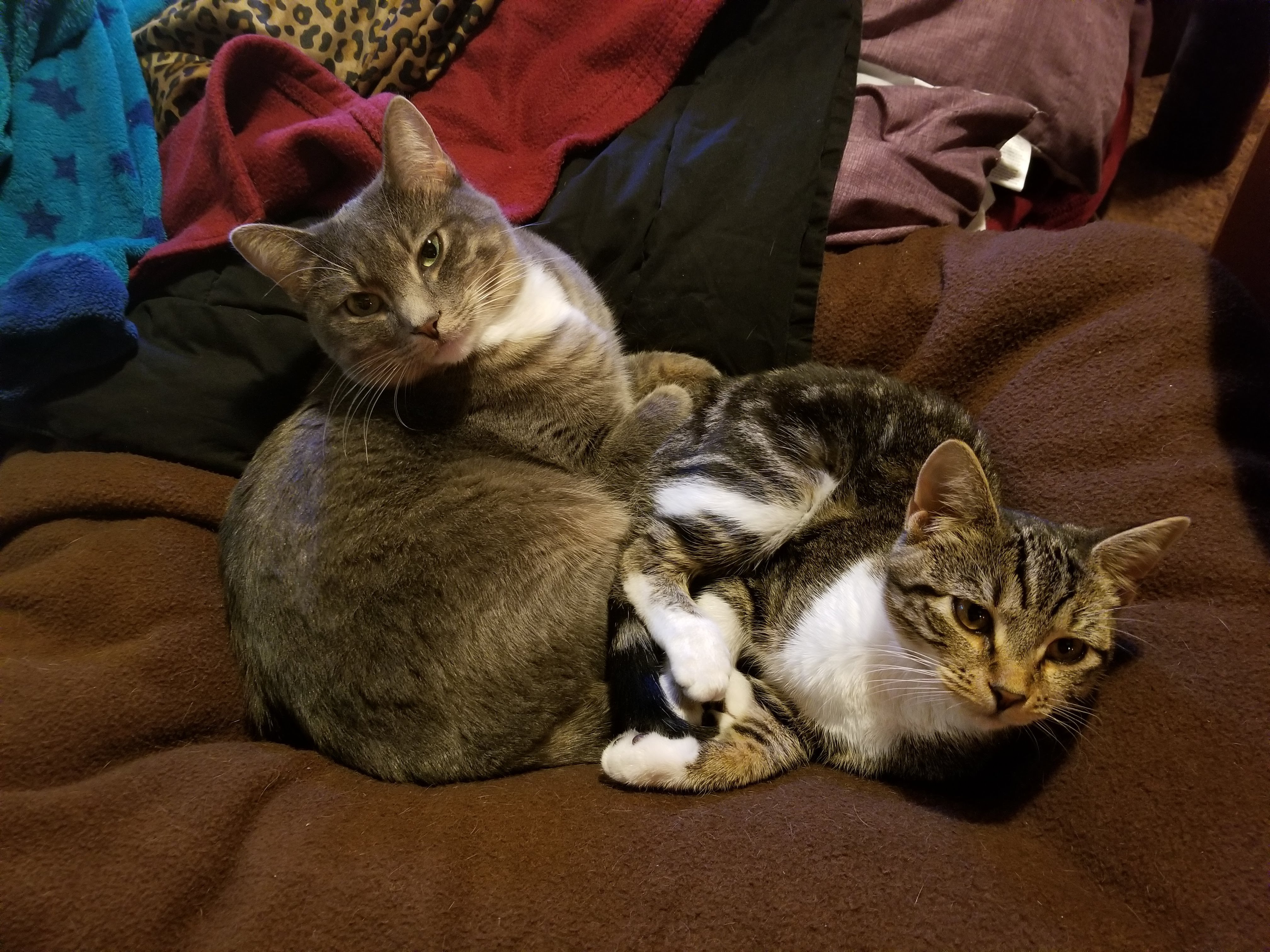 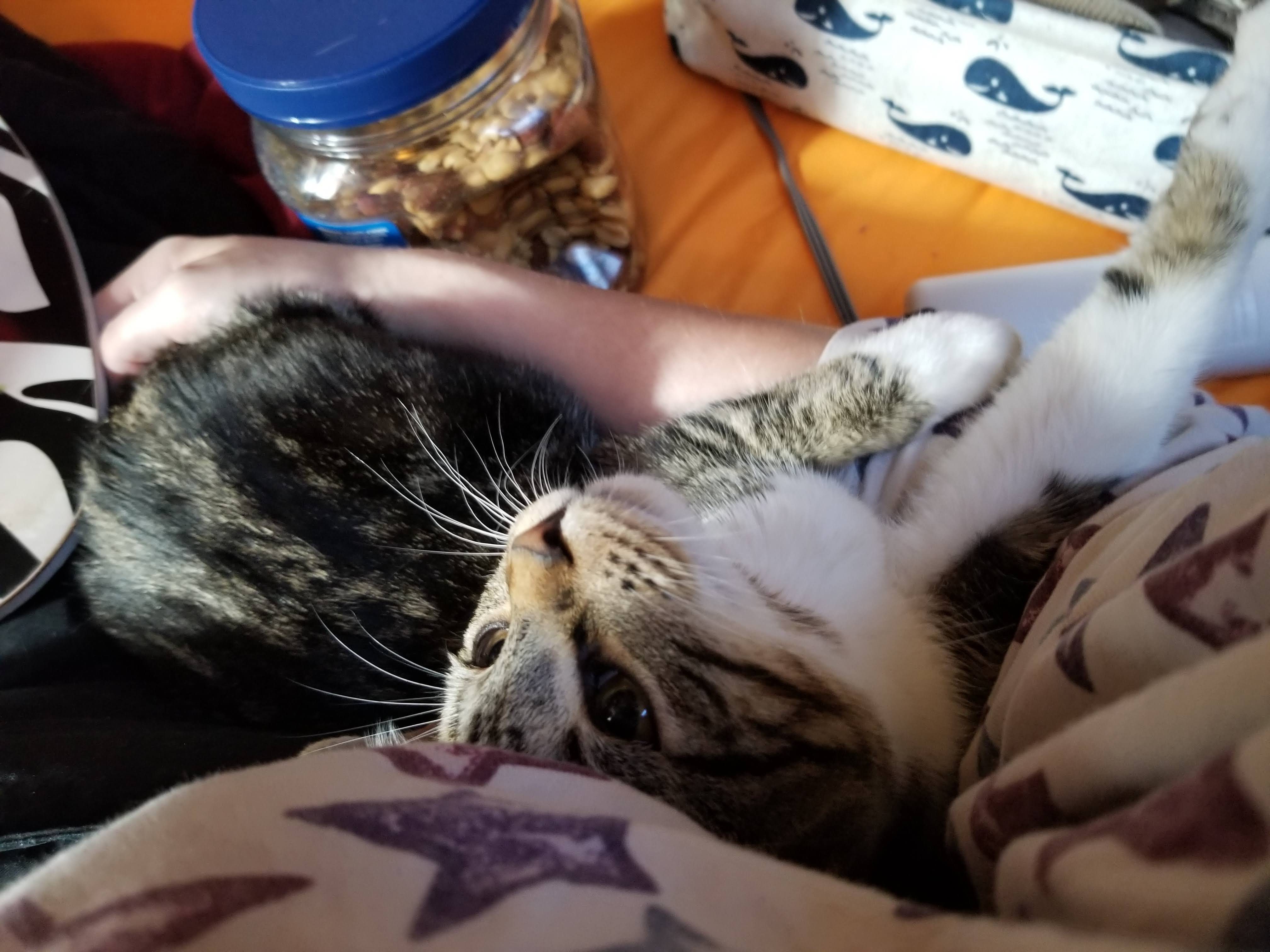 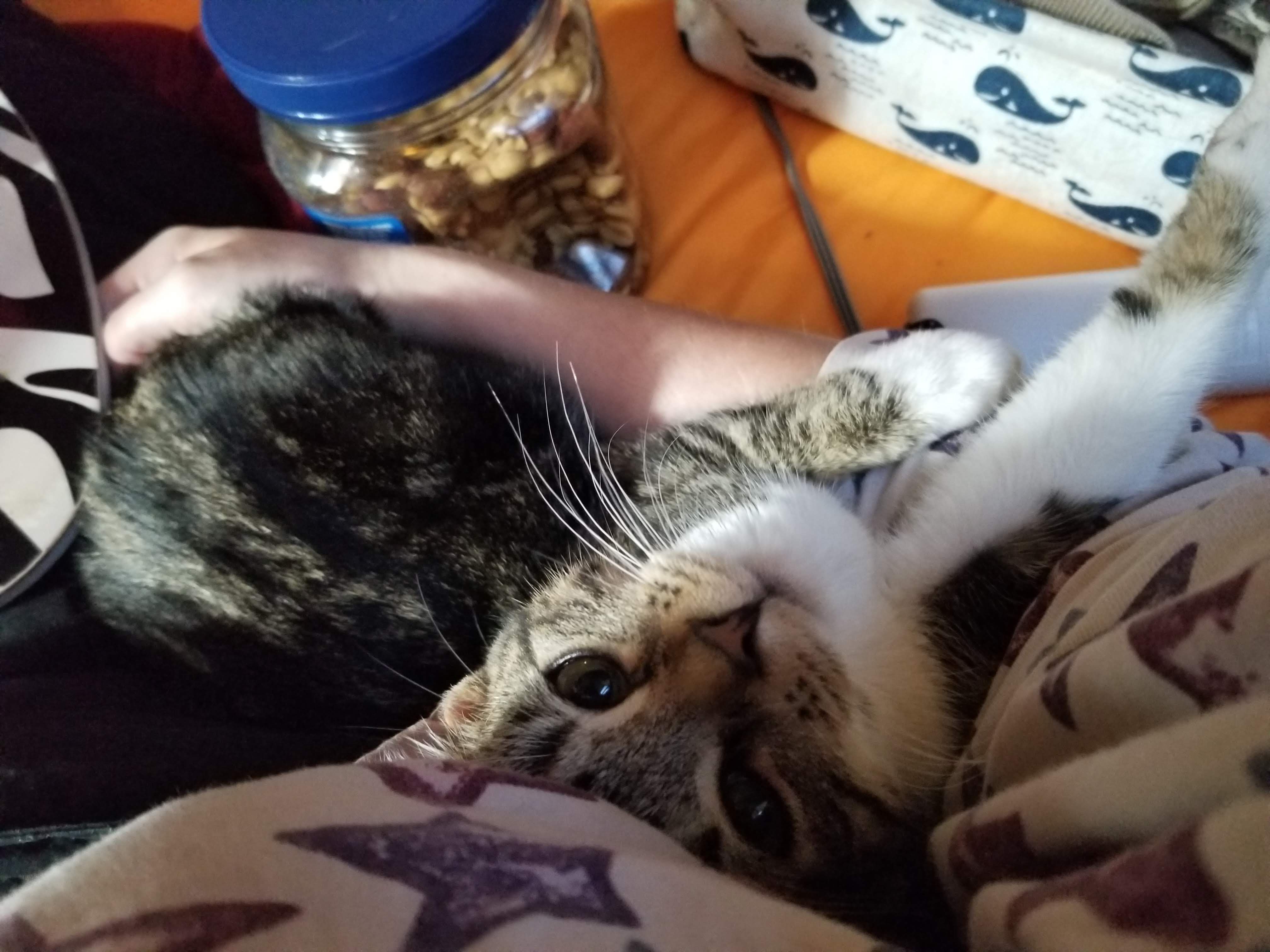 And of course she’s a very playful kitten, and does all sorts of goofy things. 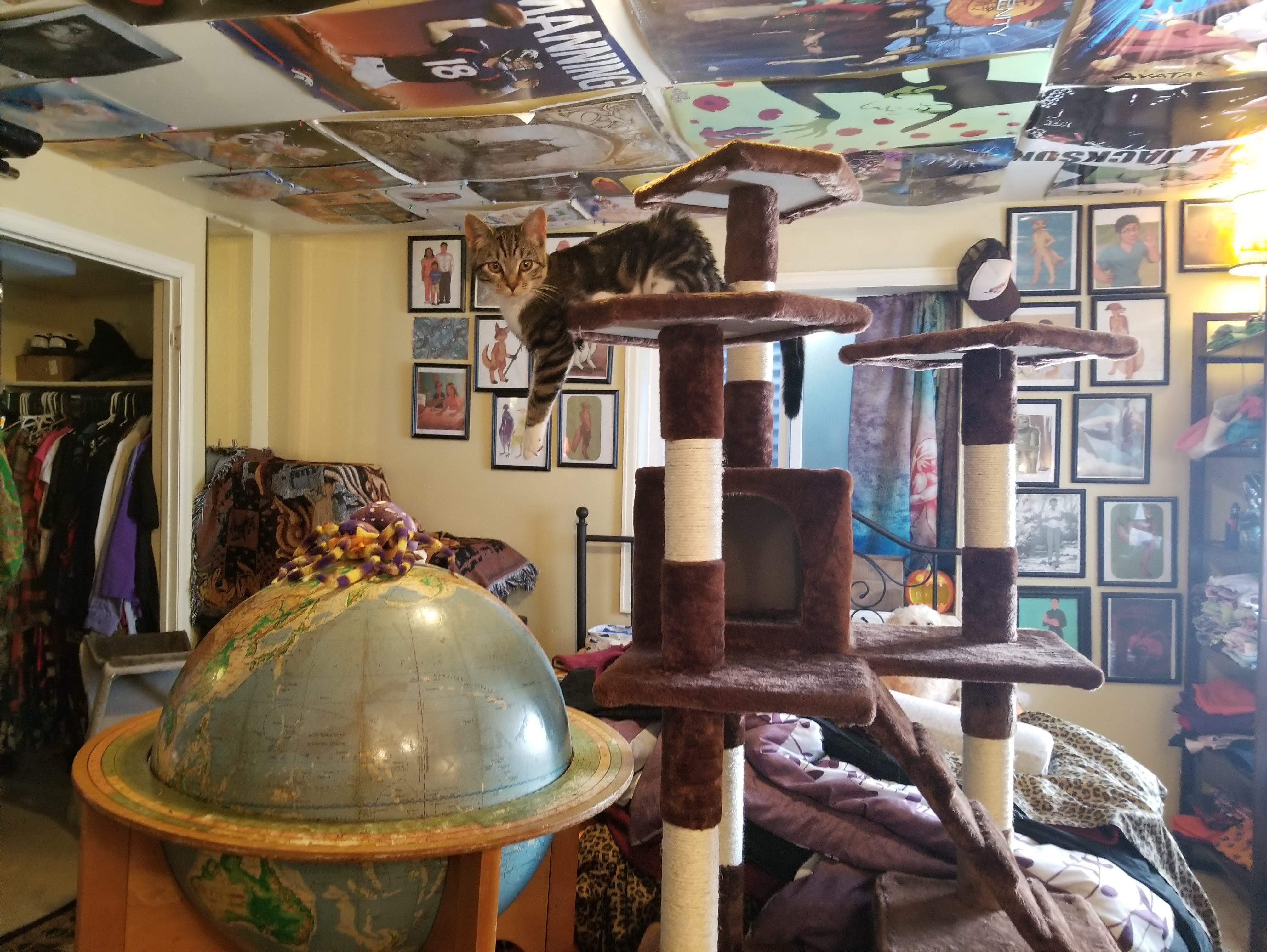 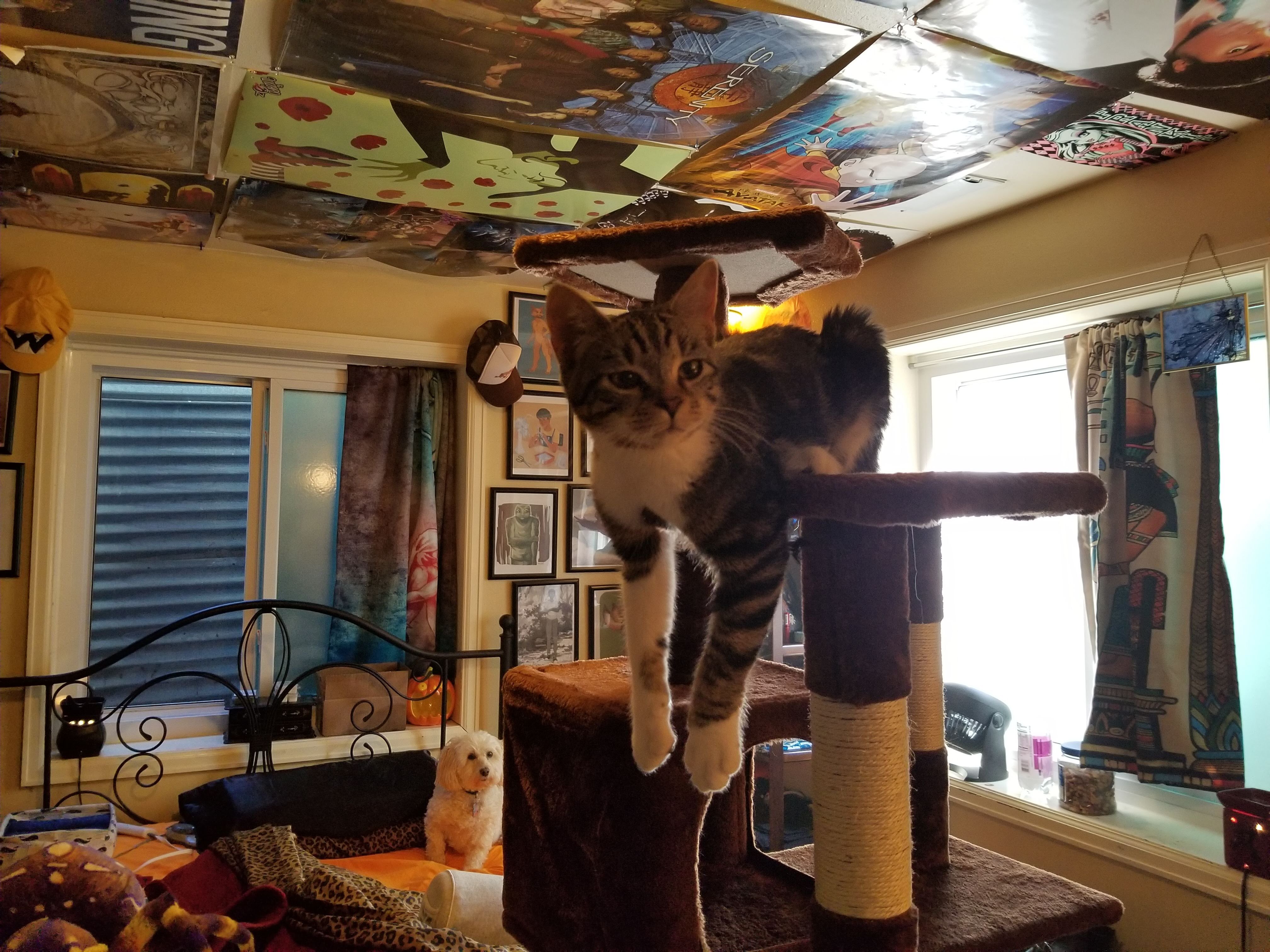