Well, folks, I yet live. But everything has changed. Of course my darling Waybee died, and that was tragic. Then I had a fibromyalgia flare-up so bad it made me realize I had to leave the veterinary field. Yesterday was my last day at the clinic. My future is delivery-driving, a far less painful prospect, but I’m going to miss all the cats. I’m hoping to have better, freer time to work on art and other fulfilling things (including regular posting here such as AEL’s and TWIP’s). And as you may have noticed, I finished a story today and got it posted, so things are already going well.

Cockatiel and Armadillo — I started this piece a hundred years ago, and it’s been creeping along ever since. Even at that pace, it had to get done eventually XD Its primary purpose is to introduce the Kamatari of this world and establish what ze’s like, but there are also some Wufei moments I was eager to share. Zombie Girl always used to insist Kamatari and Wufei will go on from this point to become good friends, but I haven’t decided yet. Kamatari and zir activism will have some effect on Wufei, and it would be really funny to watch Kamatari get dragged into the nerdy world of Wufei and his group… but I just haven’t decided yet.

As for other HOH stuff, I finished a part of the Aoshi & Soujirou story, but I don’t know how satisfied I am with it. We’ll have to see. I’m thinking I’d like to get the “Aoshi summons Kenshin’s spirit” story out of the way before I proceed much further in that one. Also, the next time I get back around to Nine Decades, I’ll probably get it completely finished and be able to post it.

Animal-Handler — As I mentioned in a previous PL some months back, it was a lot of fun writing good old Gundam Wing AU nonsense again. I think this story turned out a lot of fun to read, too. And I wonder what its recipient in the exchange disliked about it so much they didn’t respond to it in any way. It’s not often I write someone a 20k-word story and hear nothing back from them. Ah, well.

I set up a pretty cool world with these shapeshifters, I think. Will I write more stories set there? I don’t know. If someone requests one, certainly, but at the moment I don’t have any specific ideas. I’d like to get the four together and move toward my favorite GW pairings, but only if I had a plot to work with. I enjoyed the situation with the circus, especially how all three guys ended up being devoted uncles to Relena; I’d like to see her continue to develop her shifting abilities as well as her involvement in her parents’ business. I’d like to give Cathy a longer end of a better stick. I’d like to see the circus touring, and explore some of the country or countries that exist in this world. What happens if war breaks out??

This is what usually happens when I start messing around in a new AUniverse: I start daydreaming about what all the offscreen characters are like, fleshing things out that don’t actually need to be. So you never know; there may be more of this one yet.

Heretic’s Reward Chapter 33 — Working hard to get Sano in with the family here. How much does Tokio know or suspect? That’s anybody’s guess. And is Sano going to give himself away in upcoming dreams? Wait and see! We’re approaching the end of this story, but I still can’t say how many chapters it’ll end up being. I’m still working off the summary/pre-written dialogue from back when this was trying to be a comic, and, though there are chapter titles in there for important parts, I can never guess beforehand where (or how numerous) the breaks are going to end up.

A while back, I started a picture called Nighttime Post for one of my co-workers, because I felt bad for her and the crappy stuff going on in her life. That was right before my terrible flare-up, so I’ve worked on it very little. It shouldn’t have taken long in the first place, but now I don’t know when it will be done. I really like how it’s progressing, though, so have the first two previews: 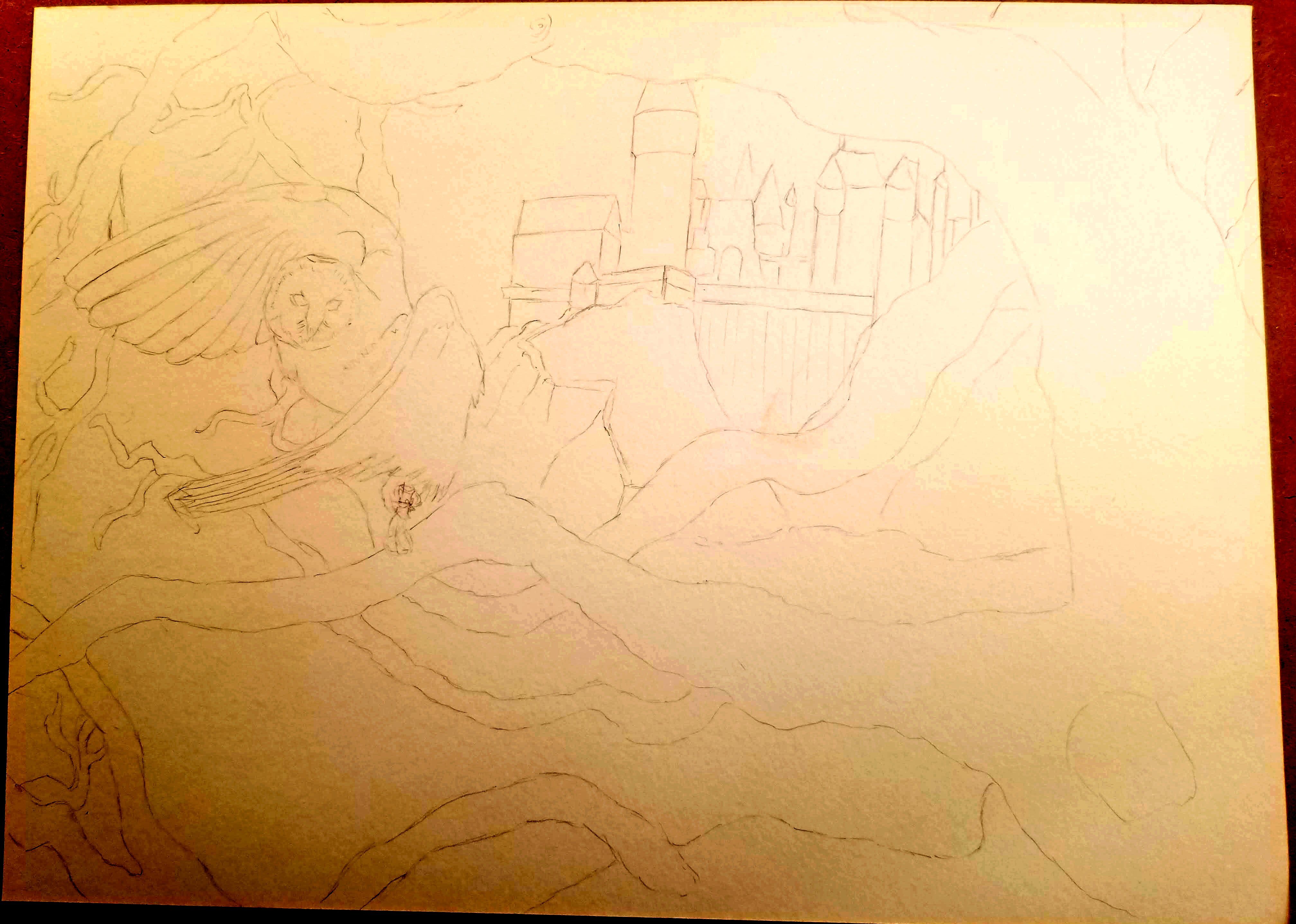 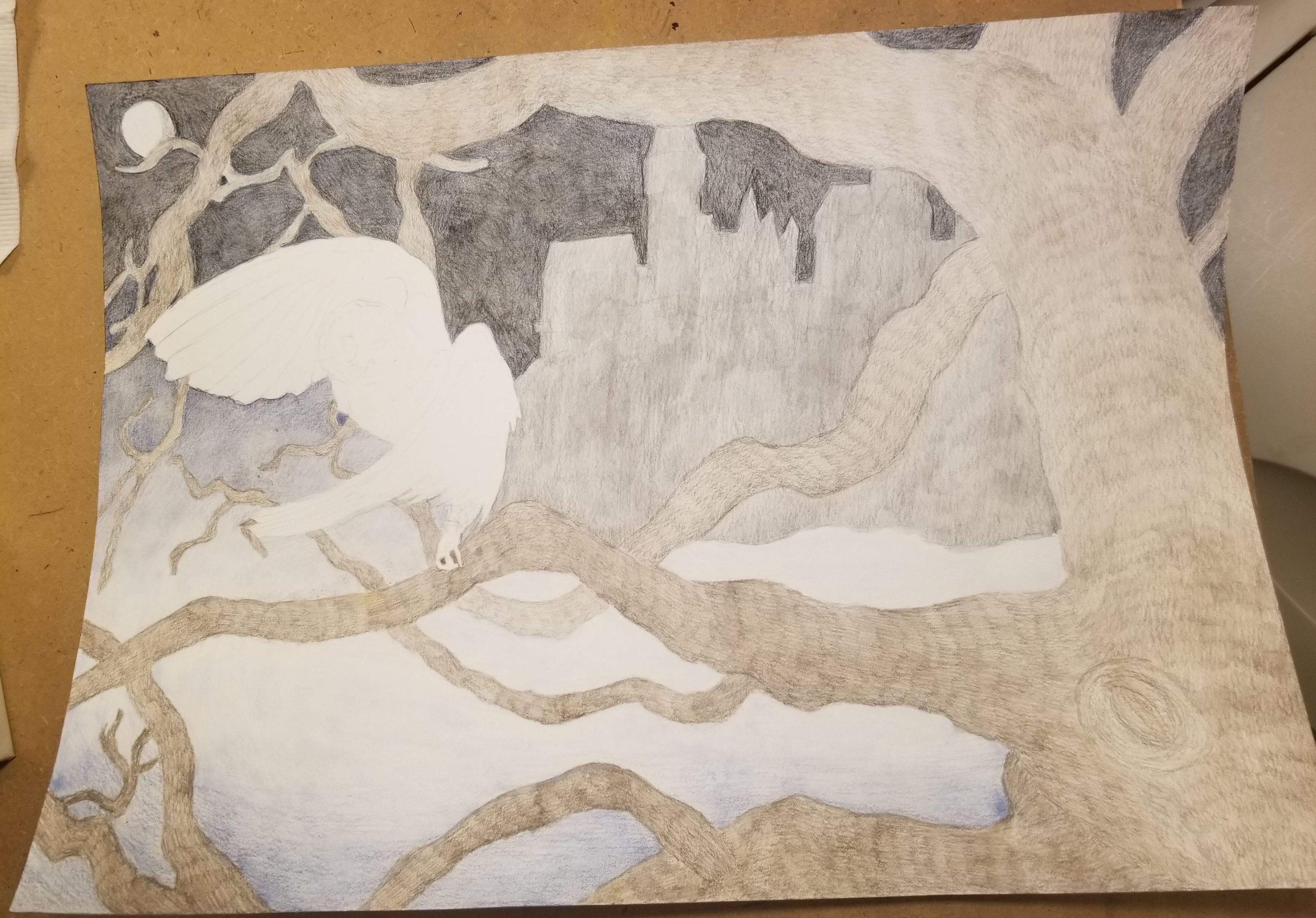 That’s all I can think of to talk about right now, but cross your fingers for a renewed stream of content from me going forward.