This one time I looked over and found Piper doin’ a rest on top of the dog food container: 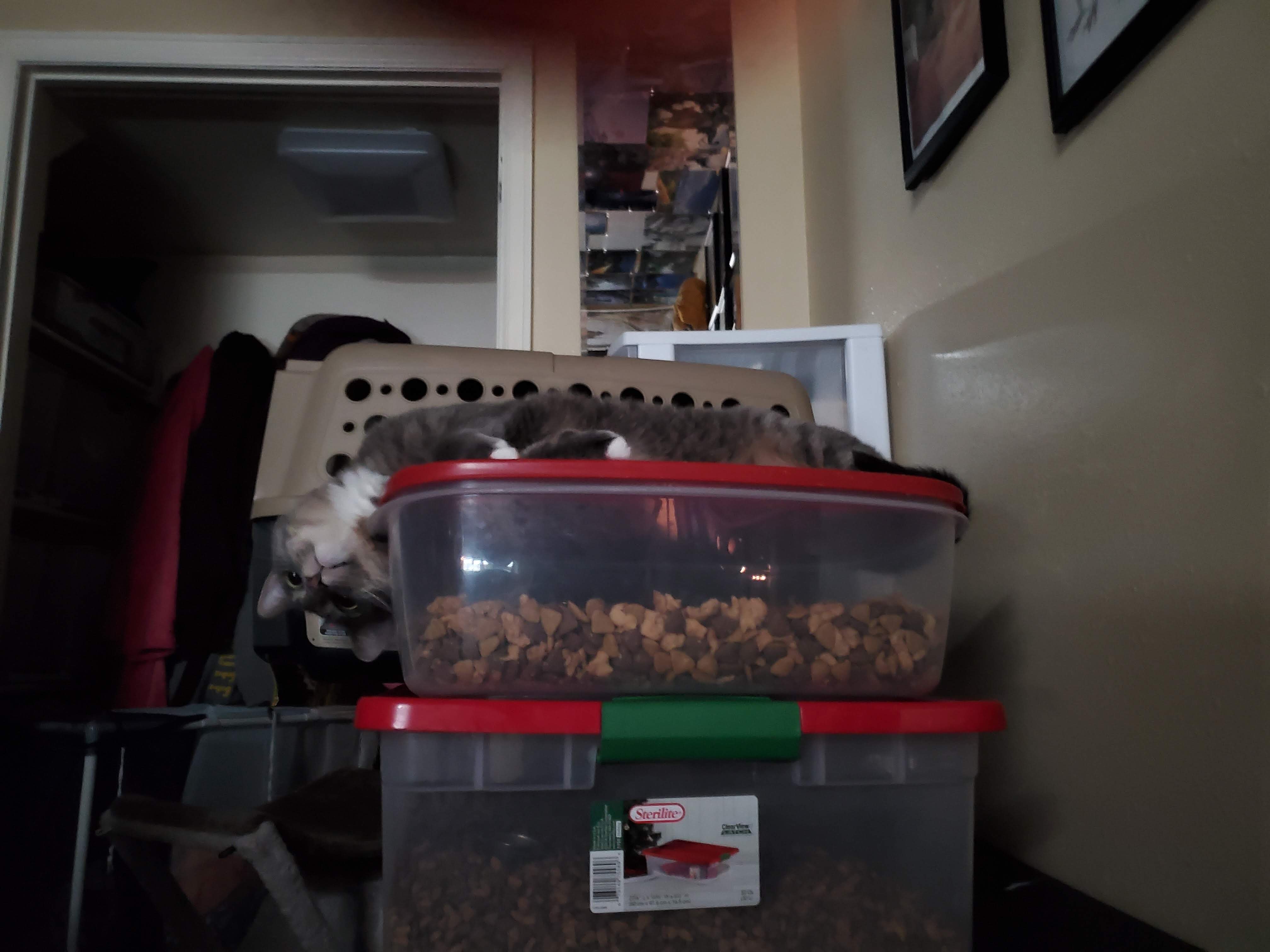 When I’m sitting lazily in bed doing stuff on the computer, and I have to get up and go use the bathroom, when I come back, sometimes a Little Animal has usurped my place. In this case it was two of thems: 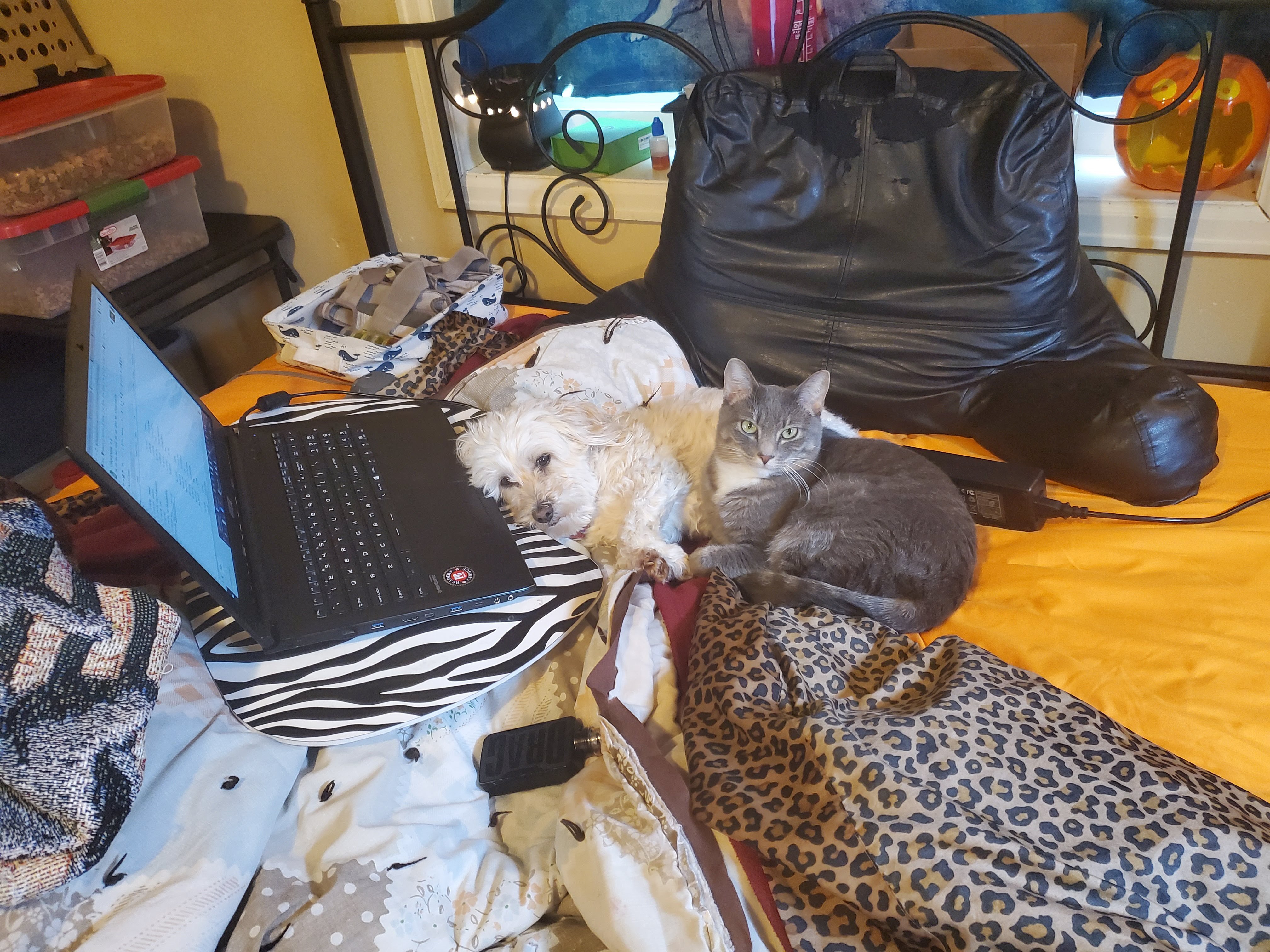 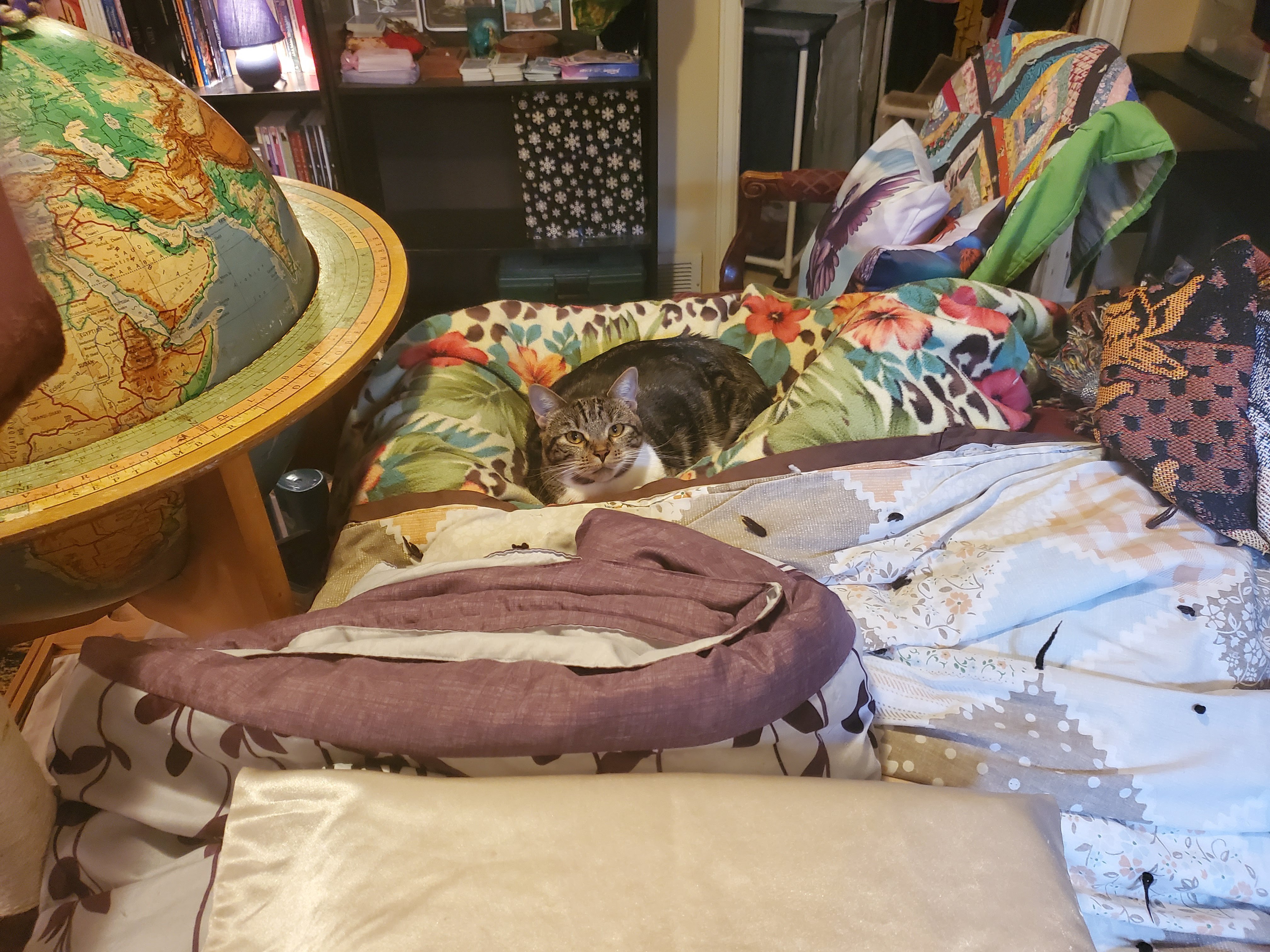 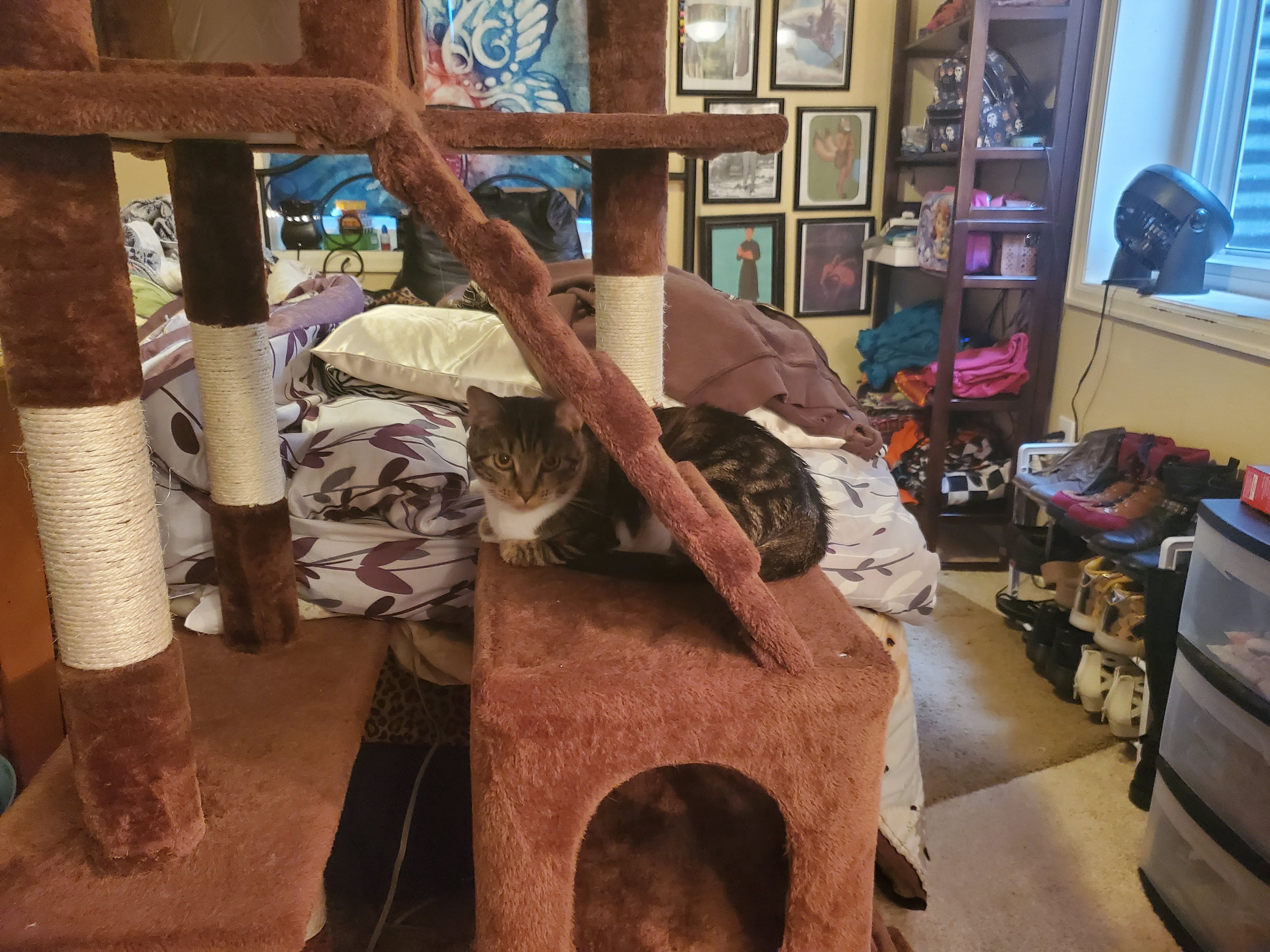 And this box was just big enough for her: 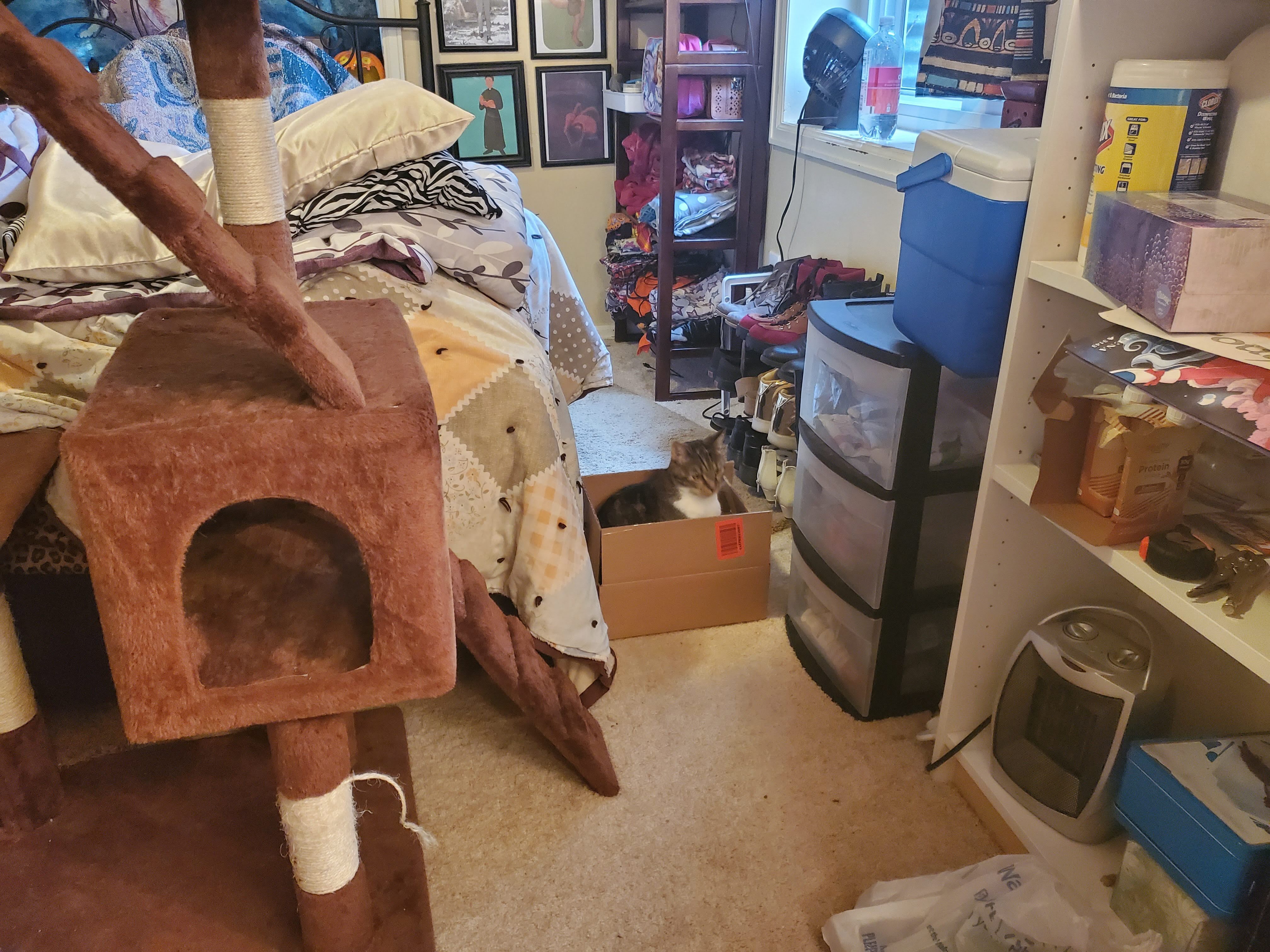 Beeky often sleeps next to me on the bed when I’m doing that aforementioned lazy thing: 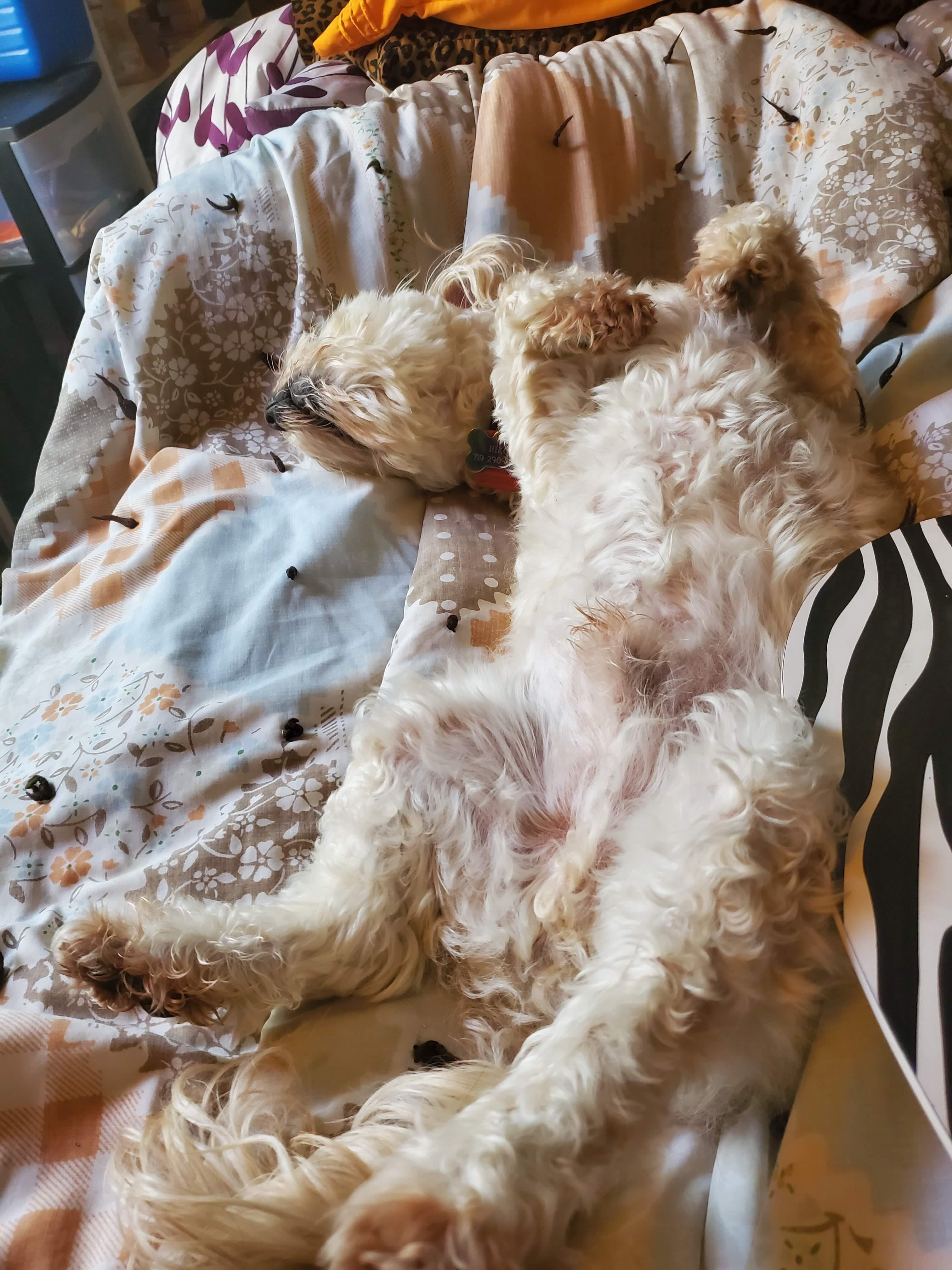 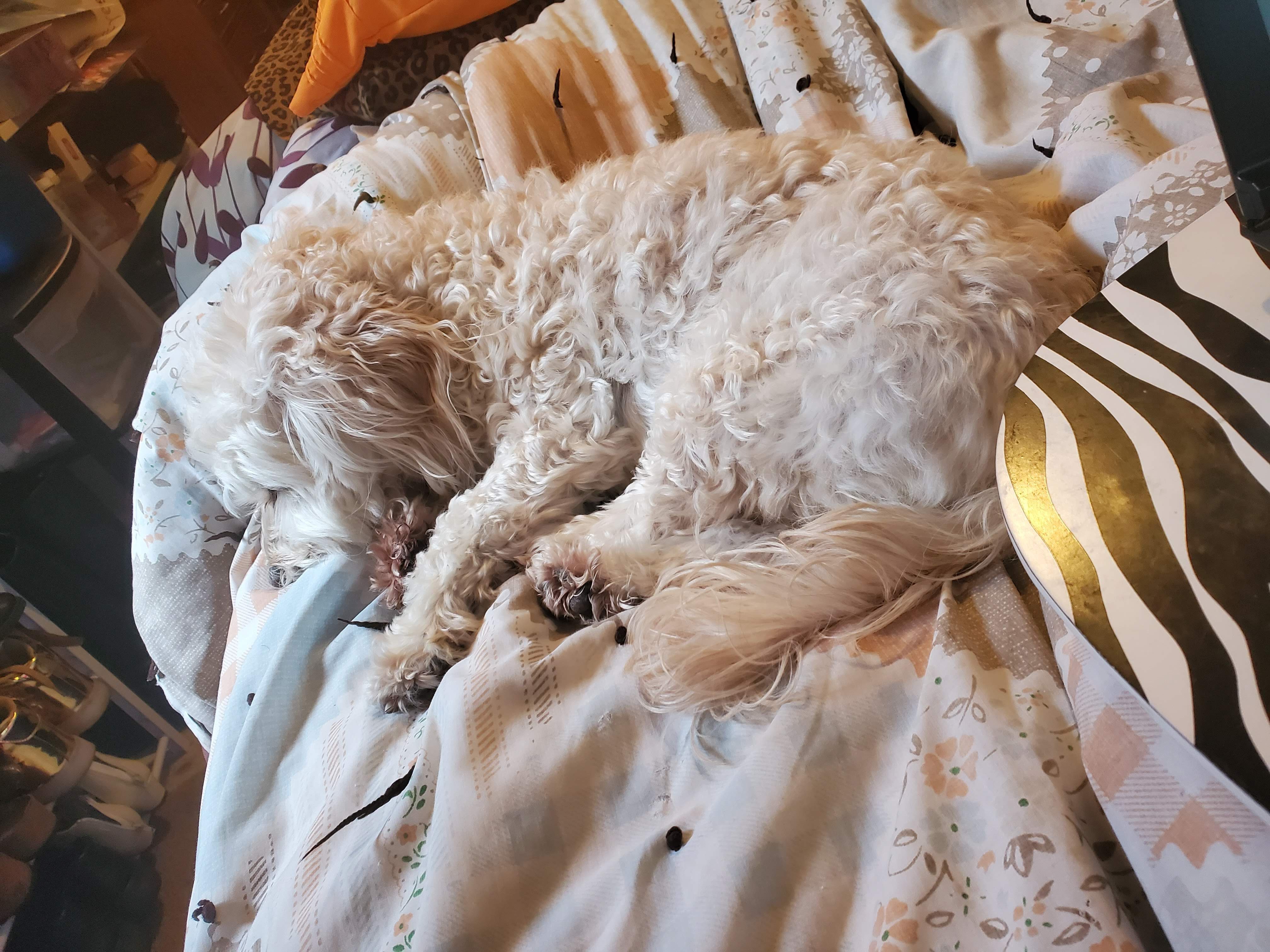 Galileo likes to stretch out long: 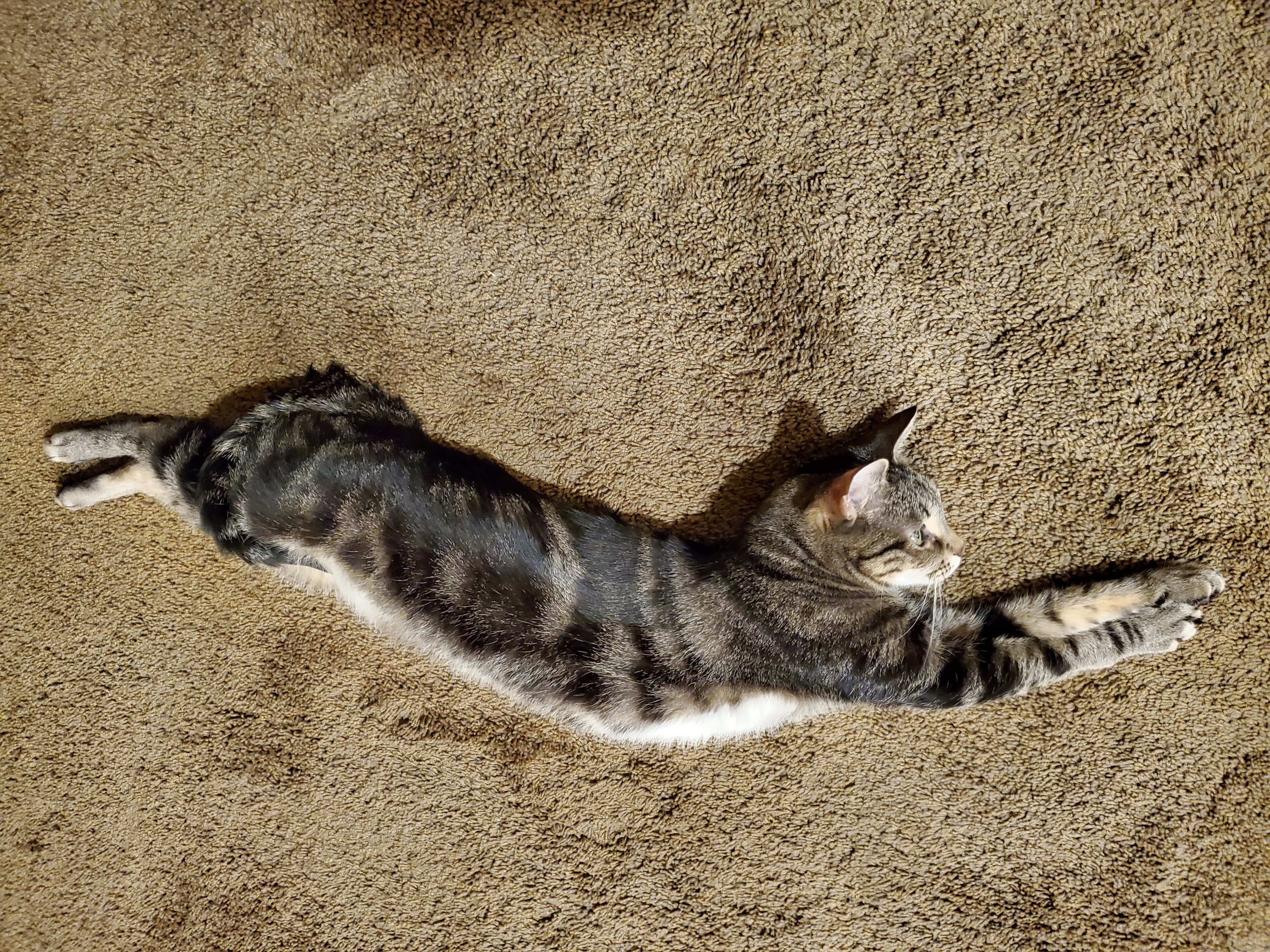 He is one yard long when he does this. We decided it’s better to say “keep two Galileos between you and other people during the pandemic.”

Suki will probably outgrow funny poses one day, so it’s important to document them all now. 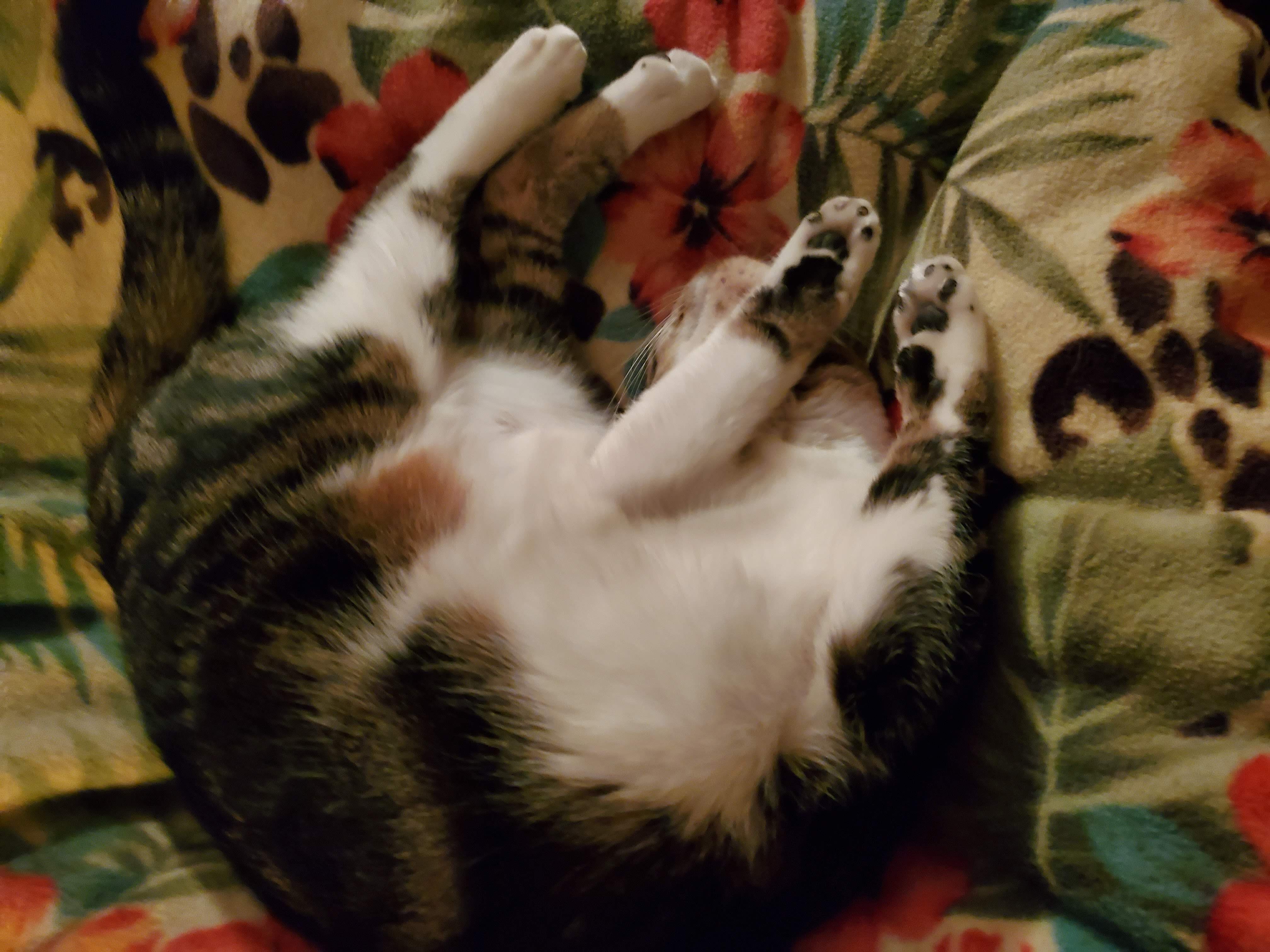 All my darlings!! They love me! 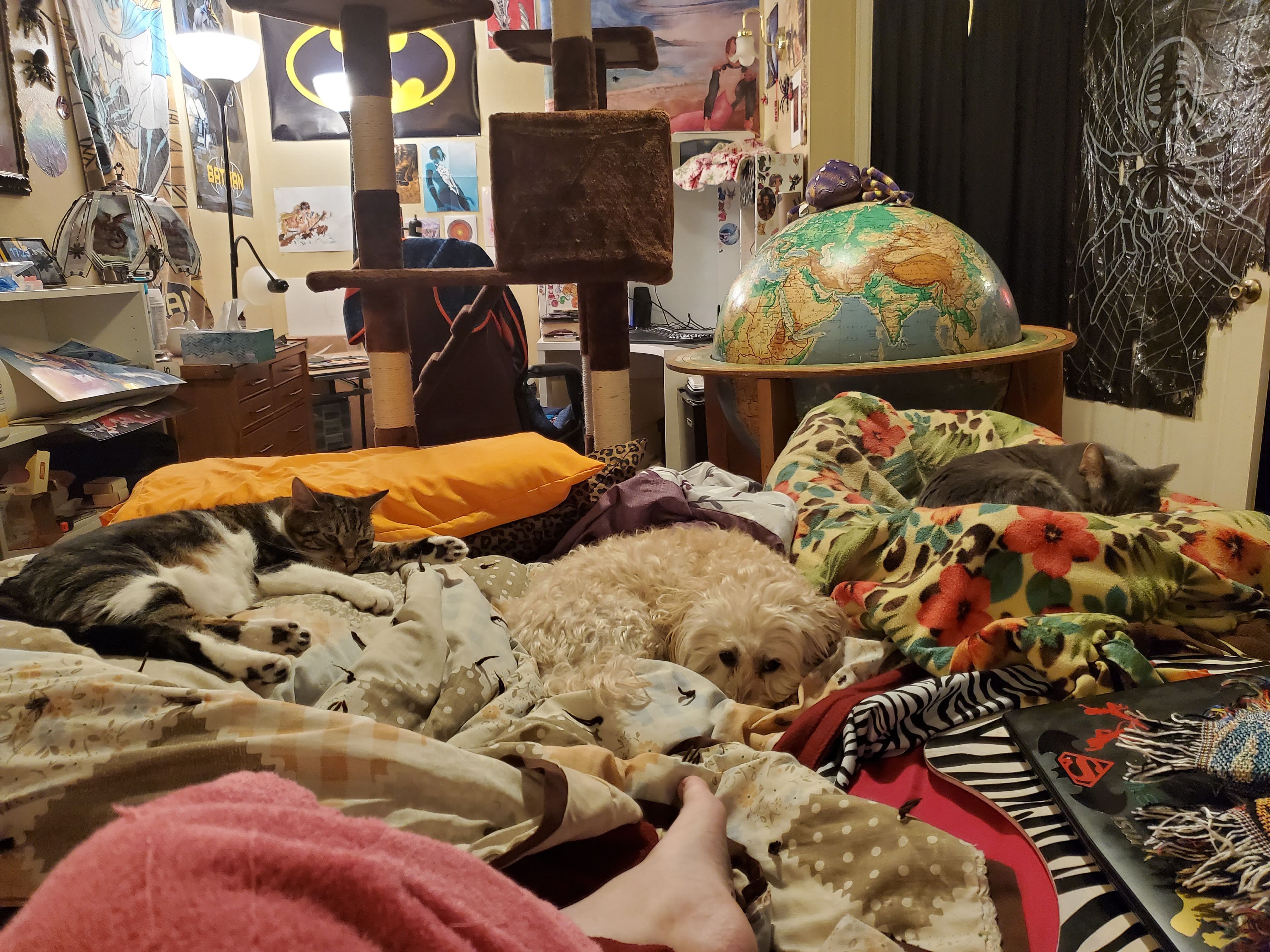 Through free-feeding, Suki has become unbelievably fat. She was sitting on the windowsill, and I just couldn’t even with how far her sides pooch out compared with her head. 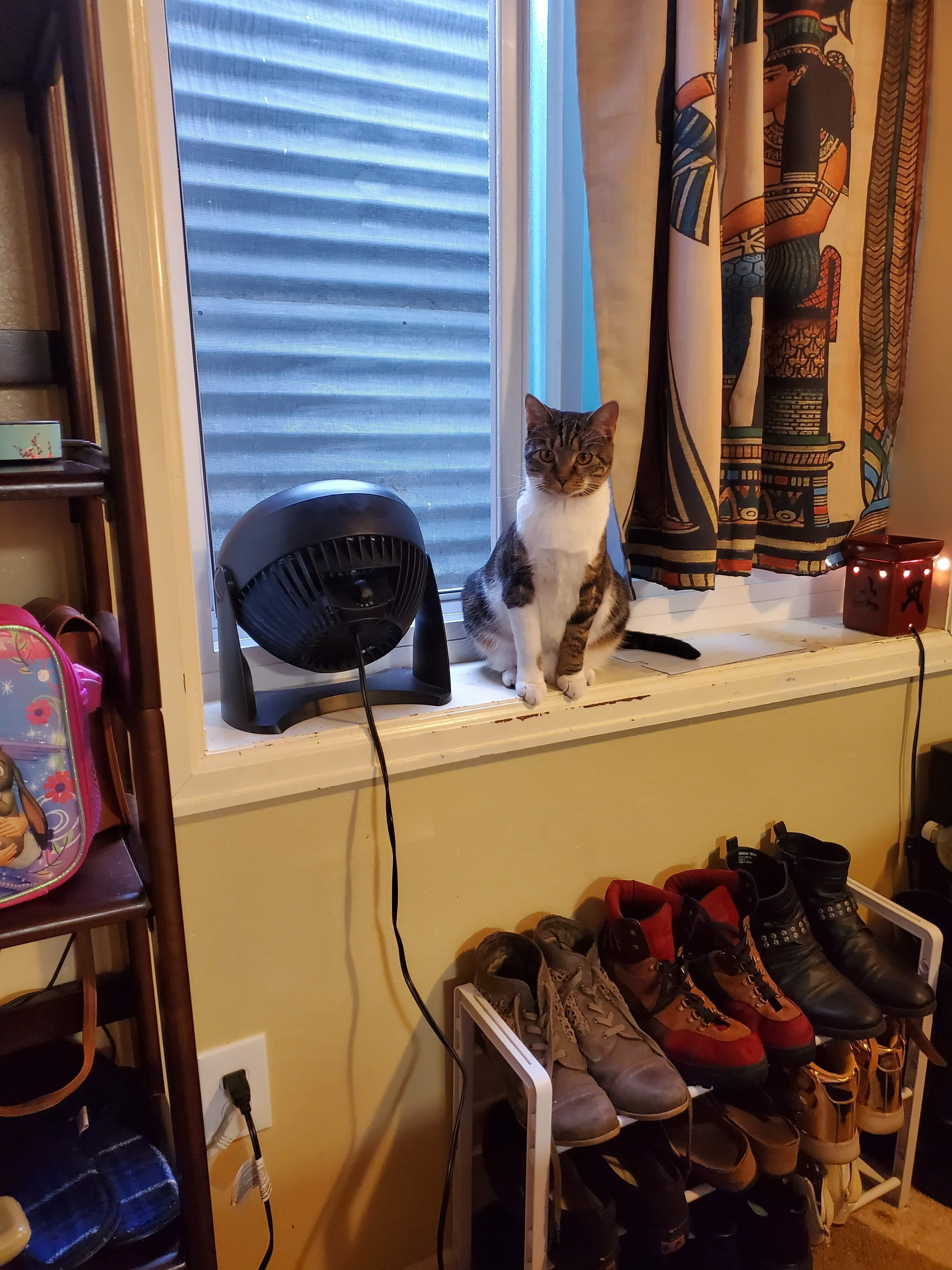 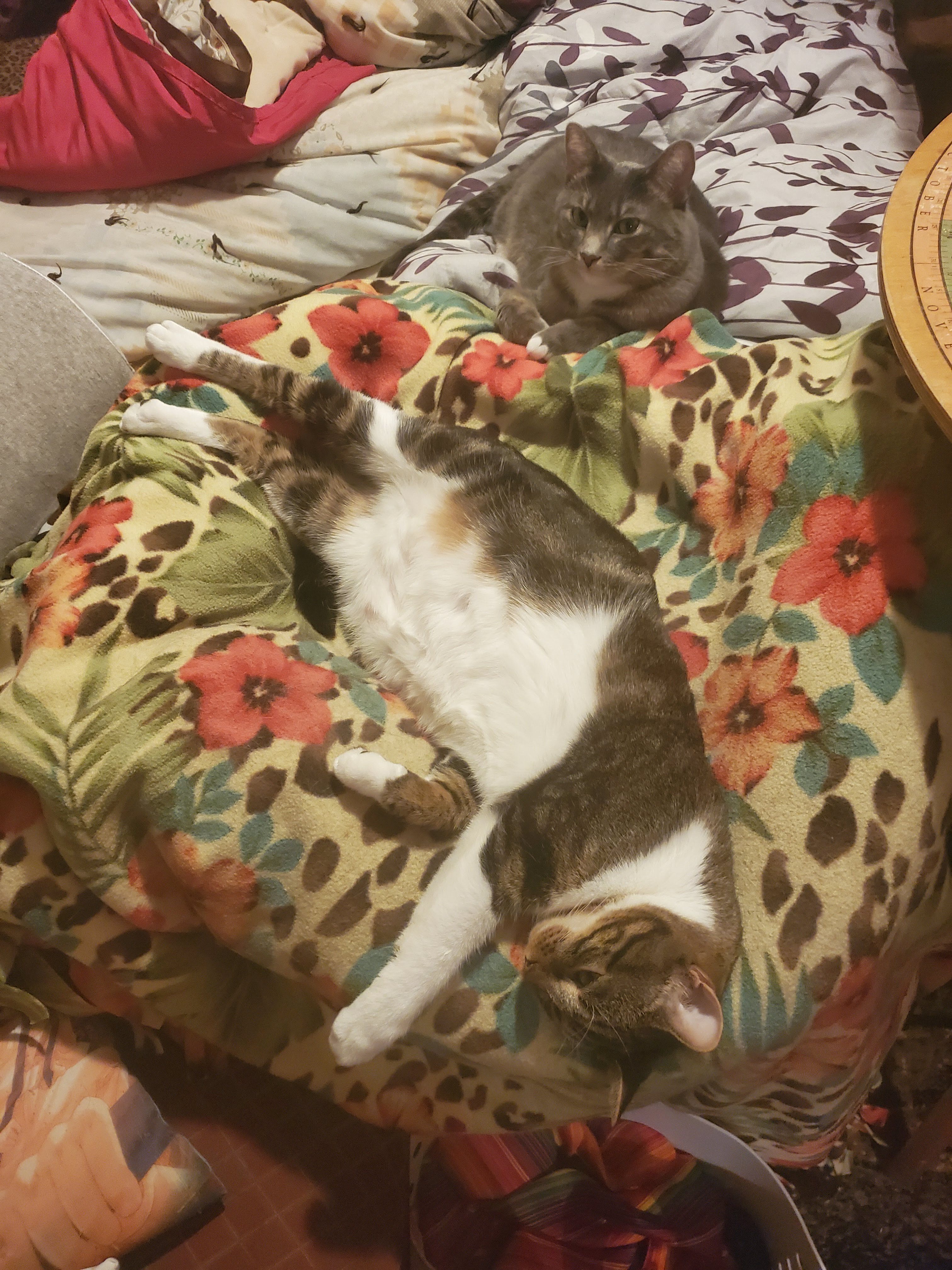 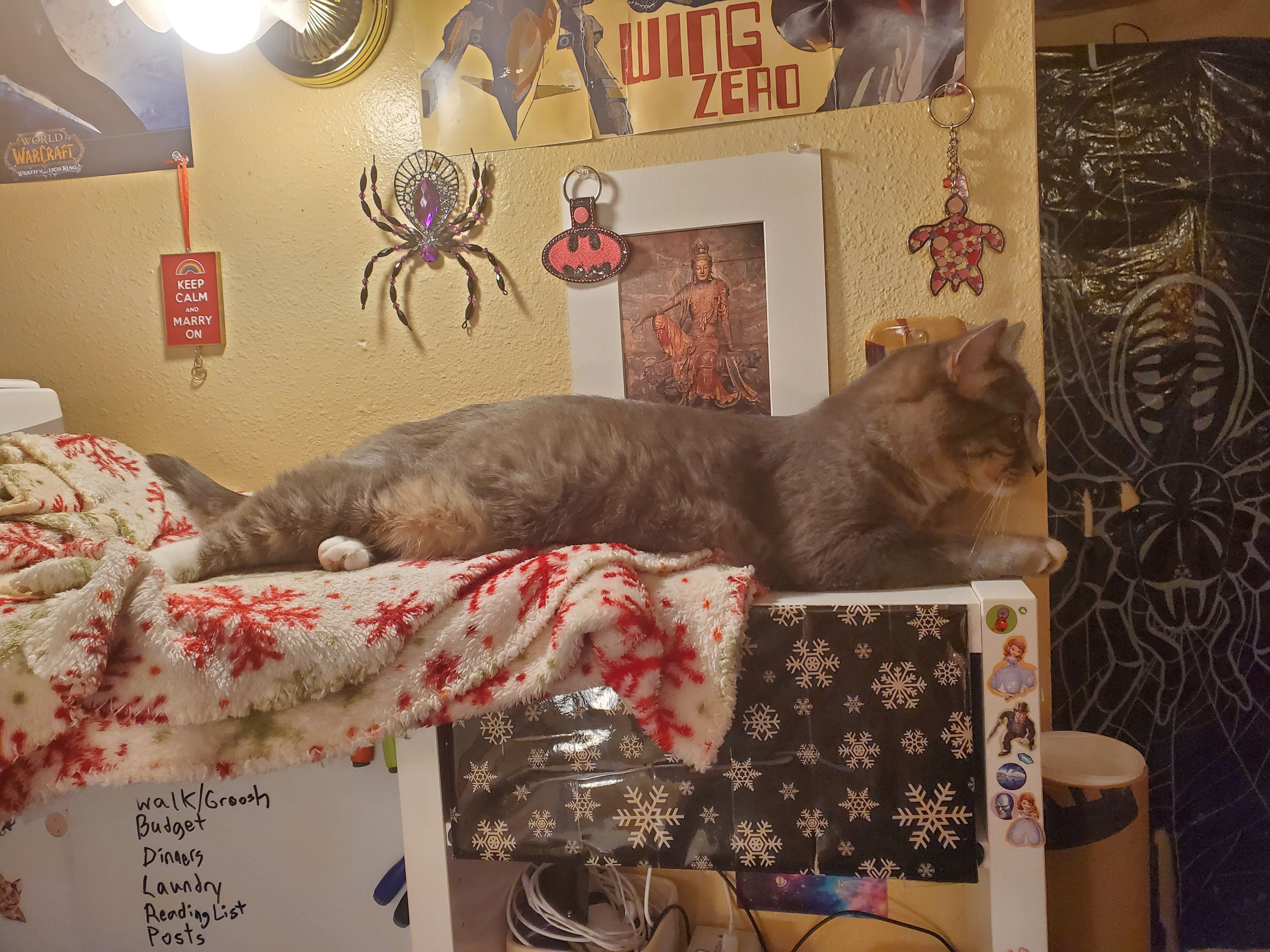 So I was doing watercolor (pencil), and I needed to fill my two water cups. But when I went to grab them, I noticed a little friend inside one of thems!!! 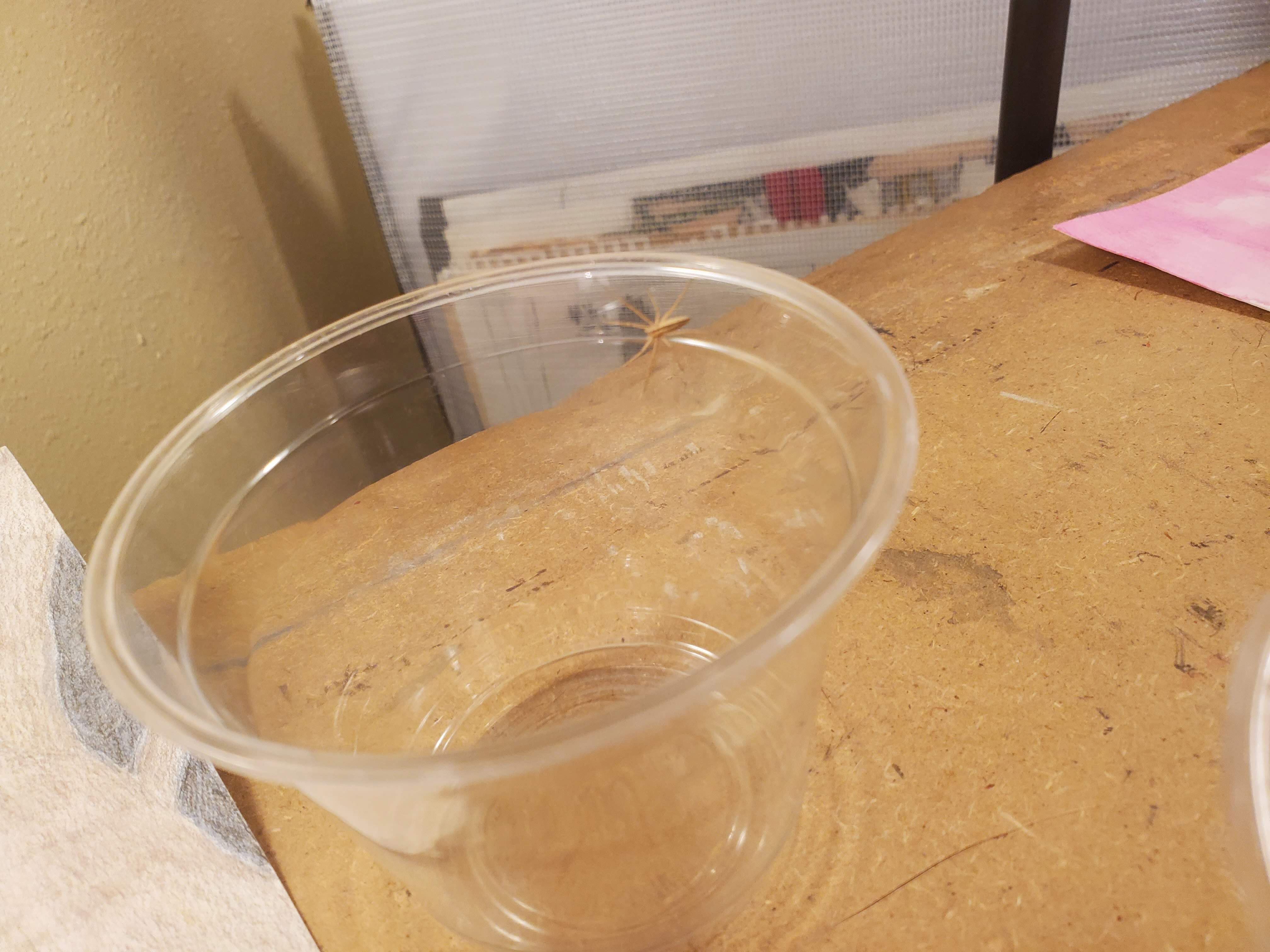 Not only was this cute and unexpected, it reminded me of a funny event from my youth. See, we used to deal with spiders that showed up on the floor by putting a cup over them and getting dad to take them outside. One time, brother, then very young, trapped a spider thus in an opaque cup. Fearing someone might lift it without knowing what it was there for, he also made a warning sign. It said, “Sidr in the kup.” Which is of course what I remarked as soon as I saw this little gal.

(Yes, I know pide is not technically a Little Animal, so the title of this post is wrong.)

Piper often brings her ball to somewhere out of reach of all human hands and then, demanding someone throw it for her, hangs out nearby. 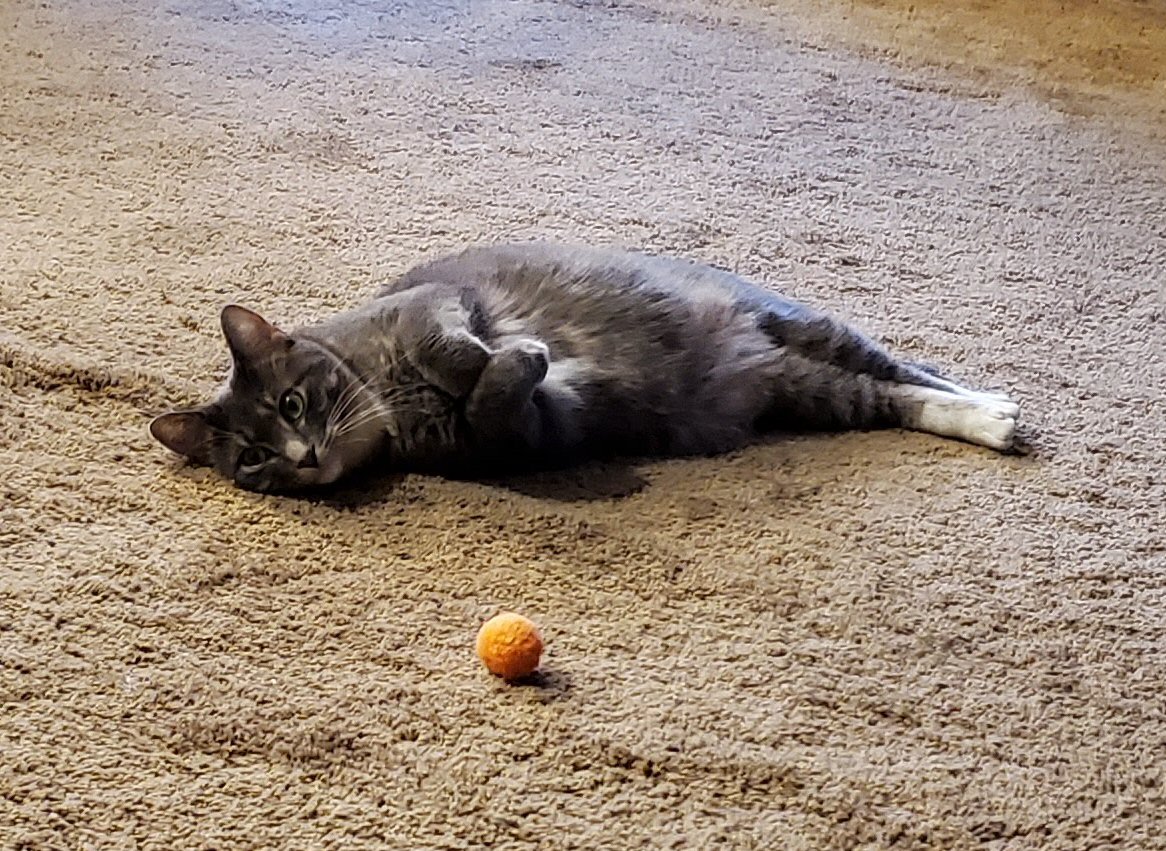 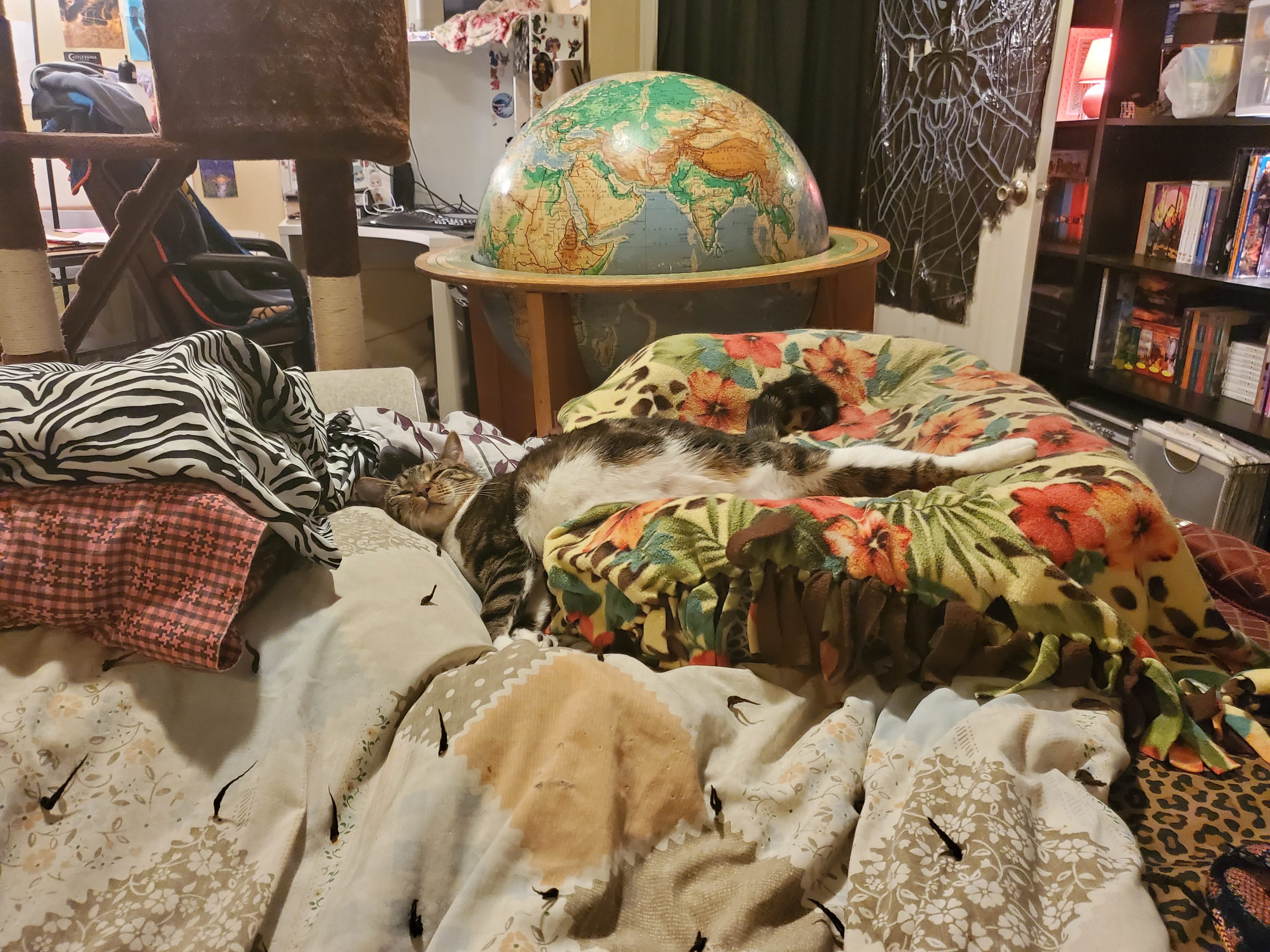 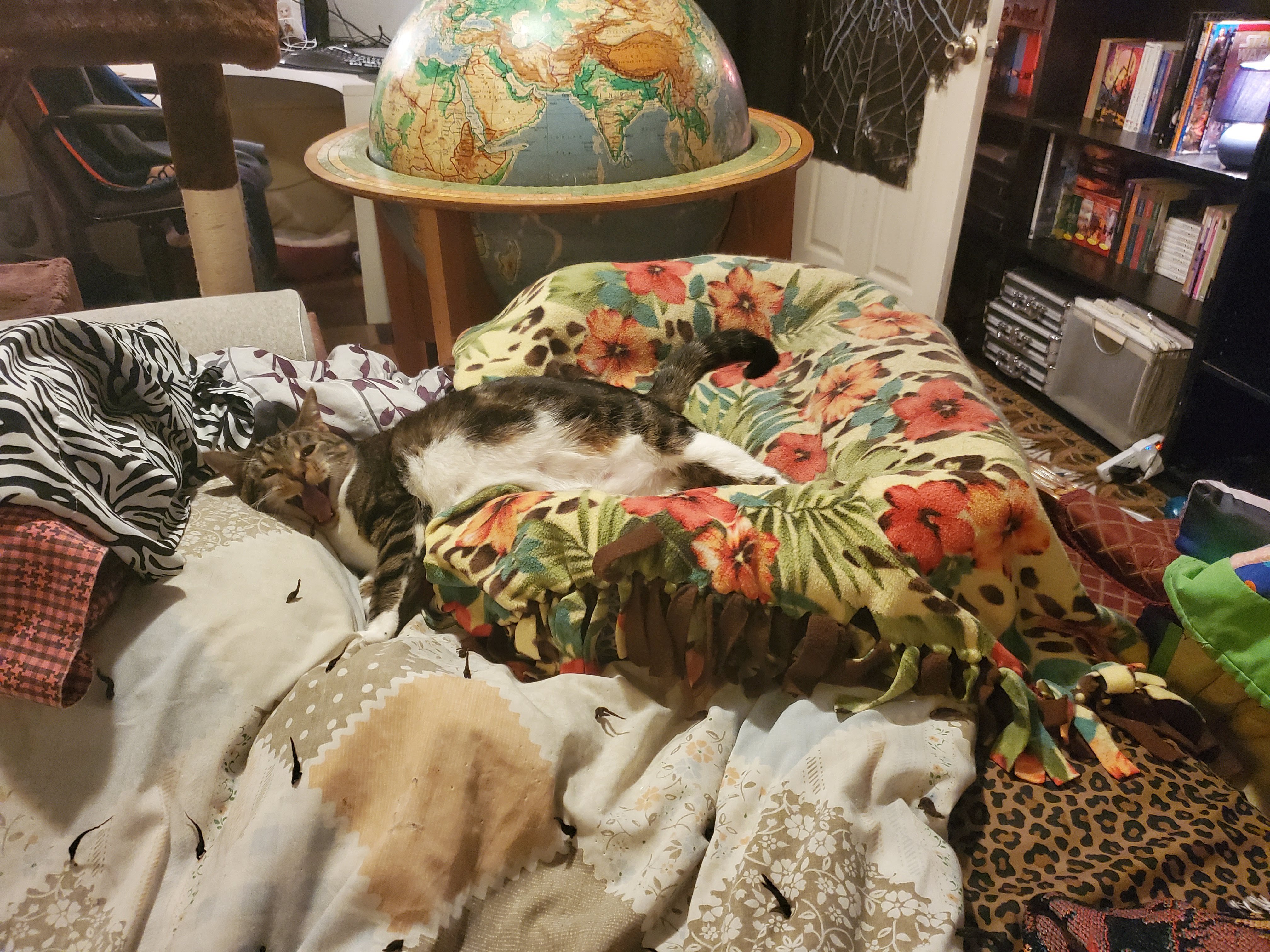 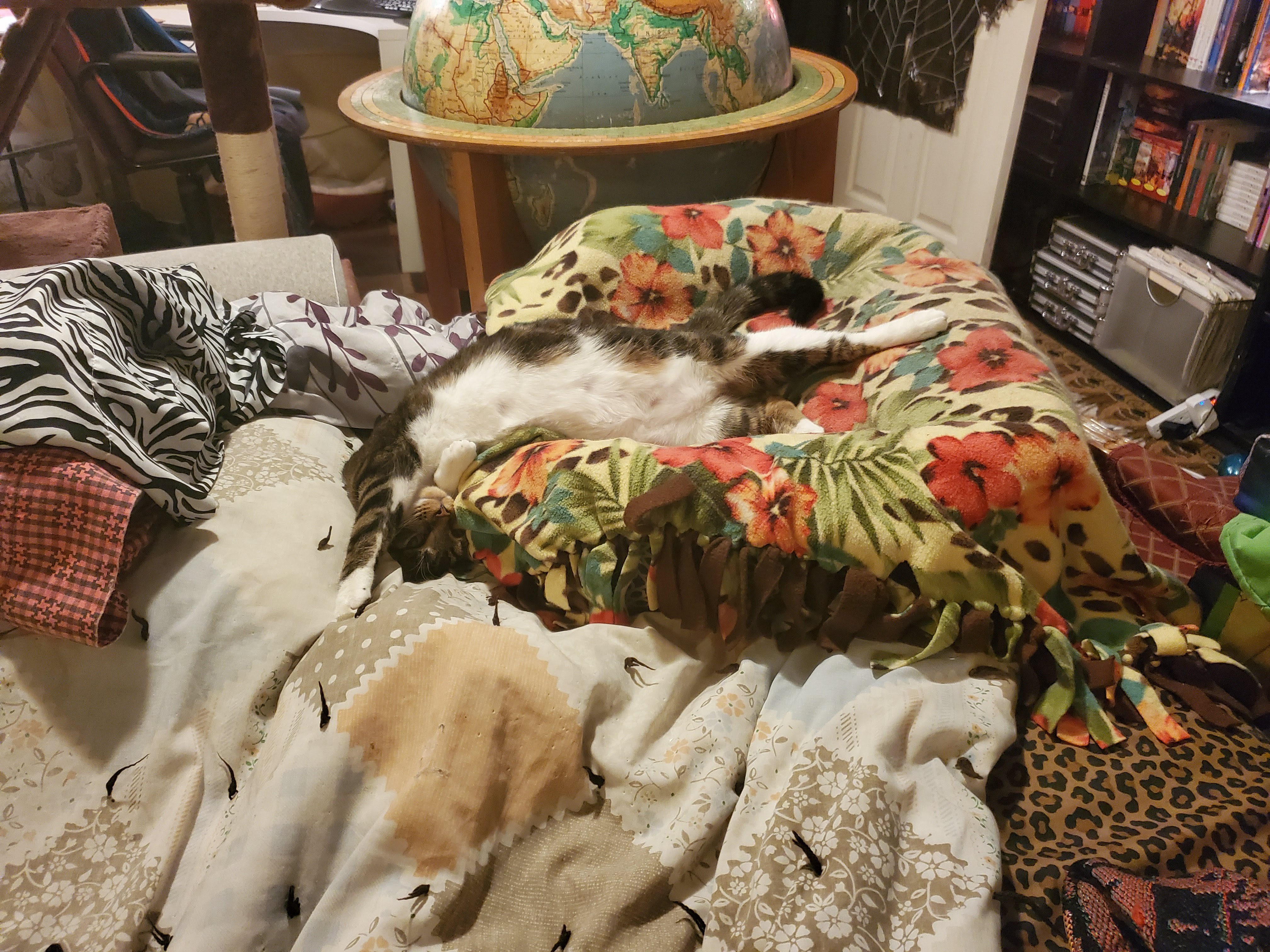 I mean, Piper sometimes sneeps funny too. Brother got these three great angles: 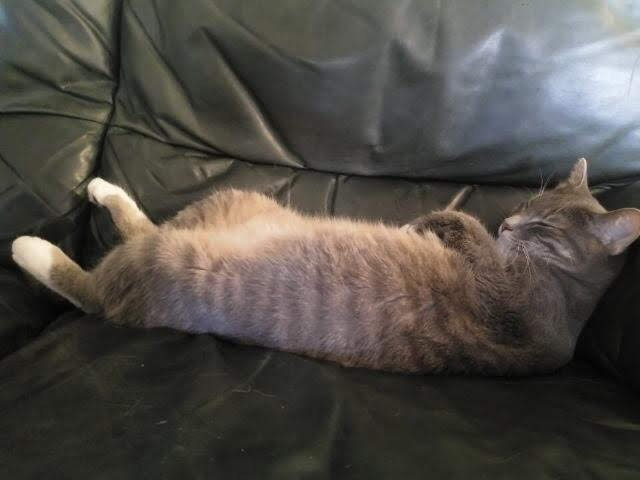 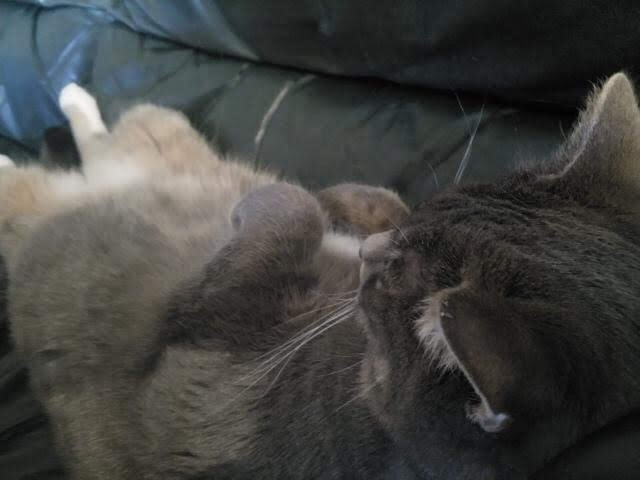 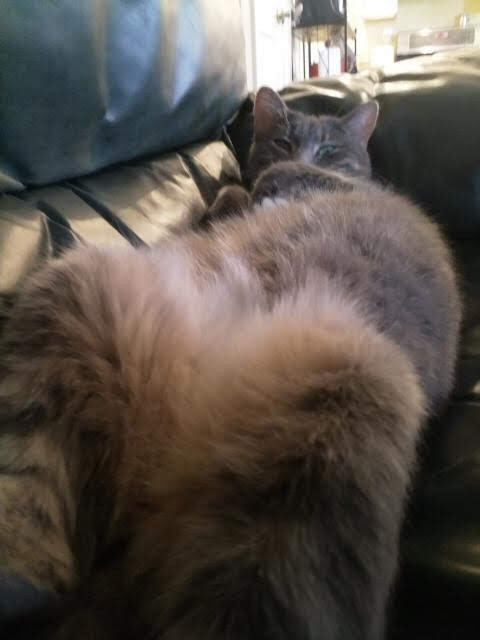 Then I have a few pictures taken by others that didn’t come with timestamps in their file names. They all happened sometime this past six weeks, but I don’t know the exact dates.

First is Piper and Suki cuddling in the little bed on the bed, taken by brother: 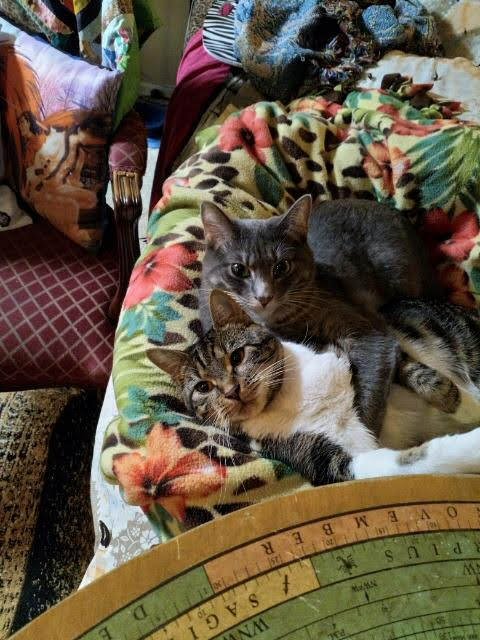 Then one day I wasn’t feeling very well, and I lay down on the couch to play Zelda. (You can’t tell, but I’ve got a Switch buried in there.) The cats, of course, were interested in this unusual resting spot. Dad took this one: 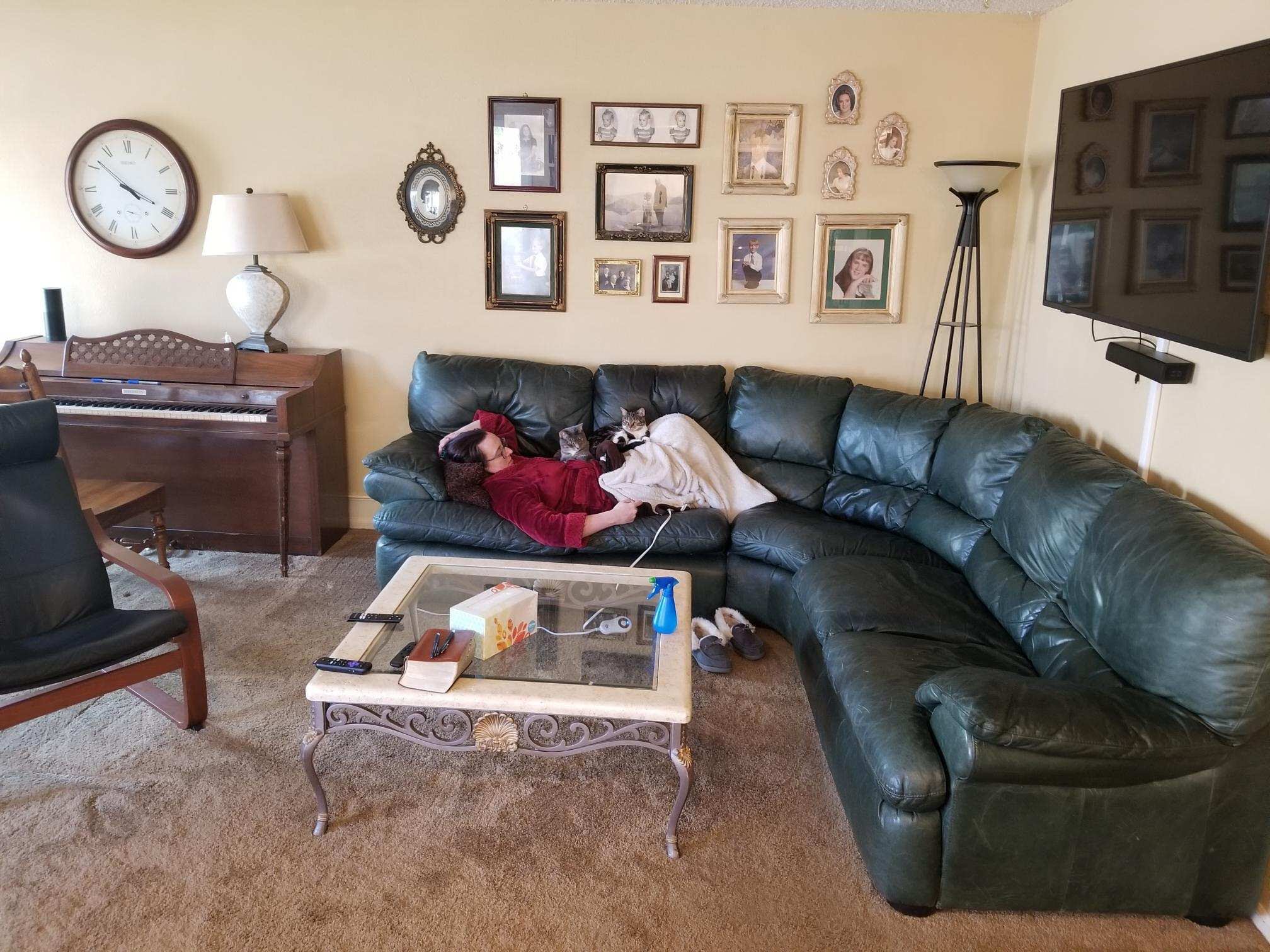 (I’m not a Little Animal either, but he wouldn’t have taken this picture if it weren’t for the LA’s on top of me.)

Every spring, we get these little tan spiders like the one above in the cup. For a while there were, like, five of them in the bathroom. They like to go on the lightbulbs for warmth, and it’s soOoOo cute. This one, as brother photographed, went on the wax melter: 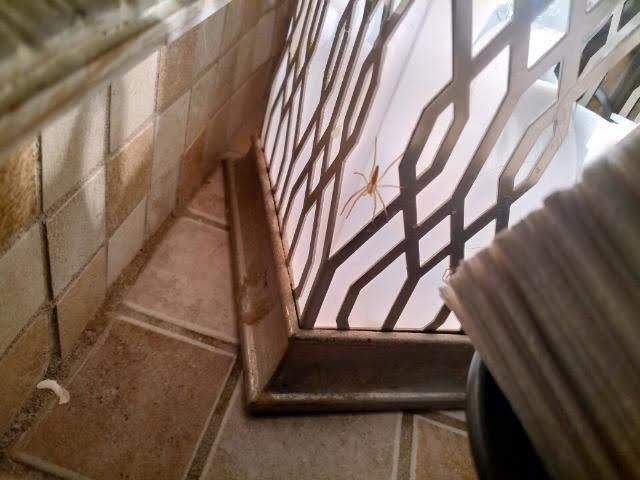 So, yeah, I haven’t taken all that many pictures in isolation. I’m doomed to go back to work soon, though, and then we’ll see if that changes.