Snooky Suki is given a bath by her very insistent older sister:

OK, you can only see Hiko’s butt, but still, check this out: 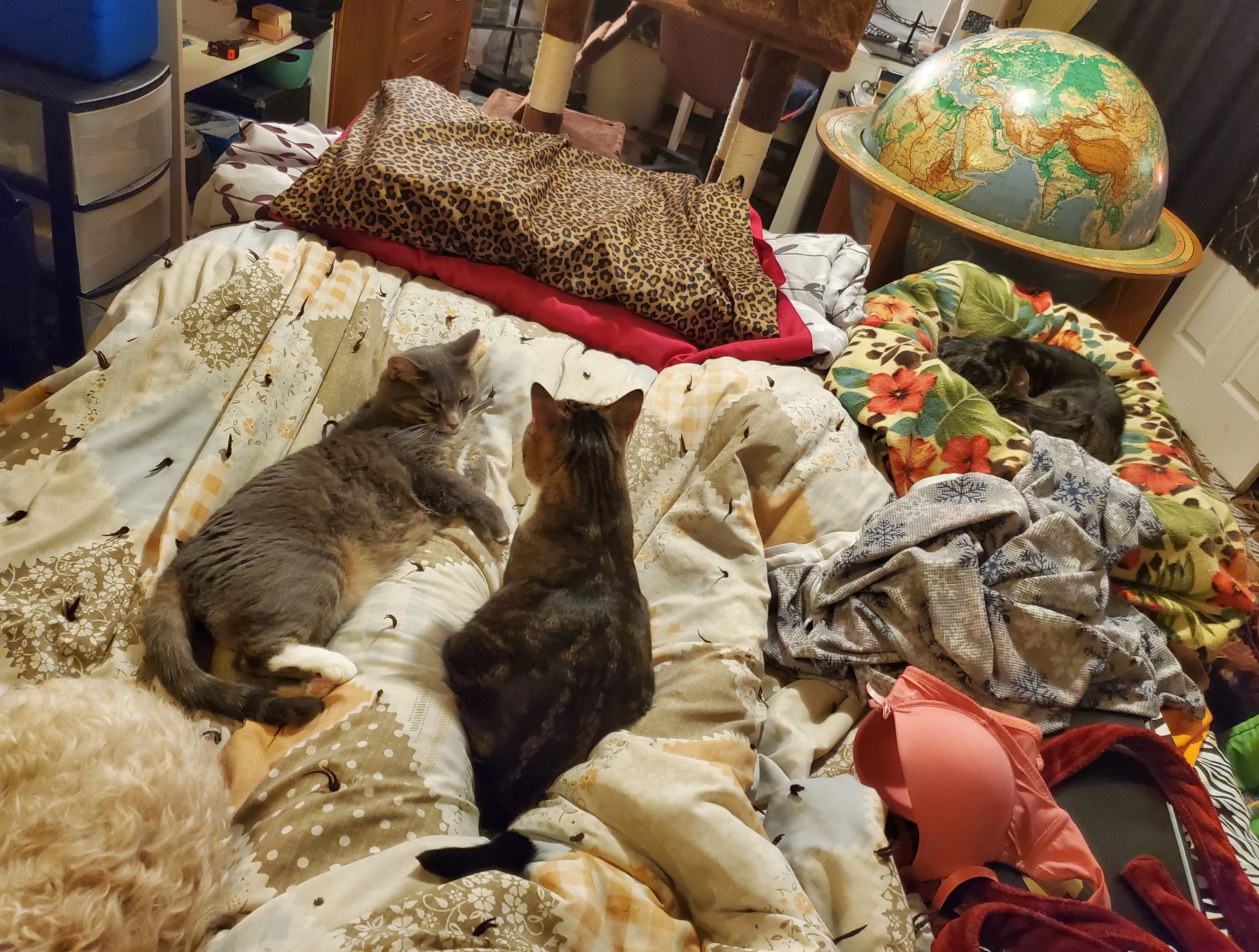 The Gatorade on the bottom shelf of this Target endcap made me laugh: 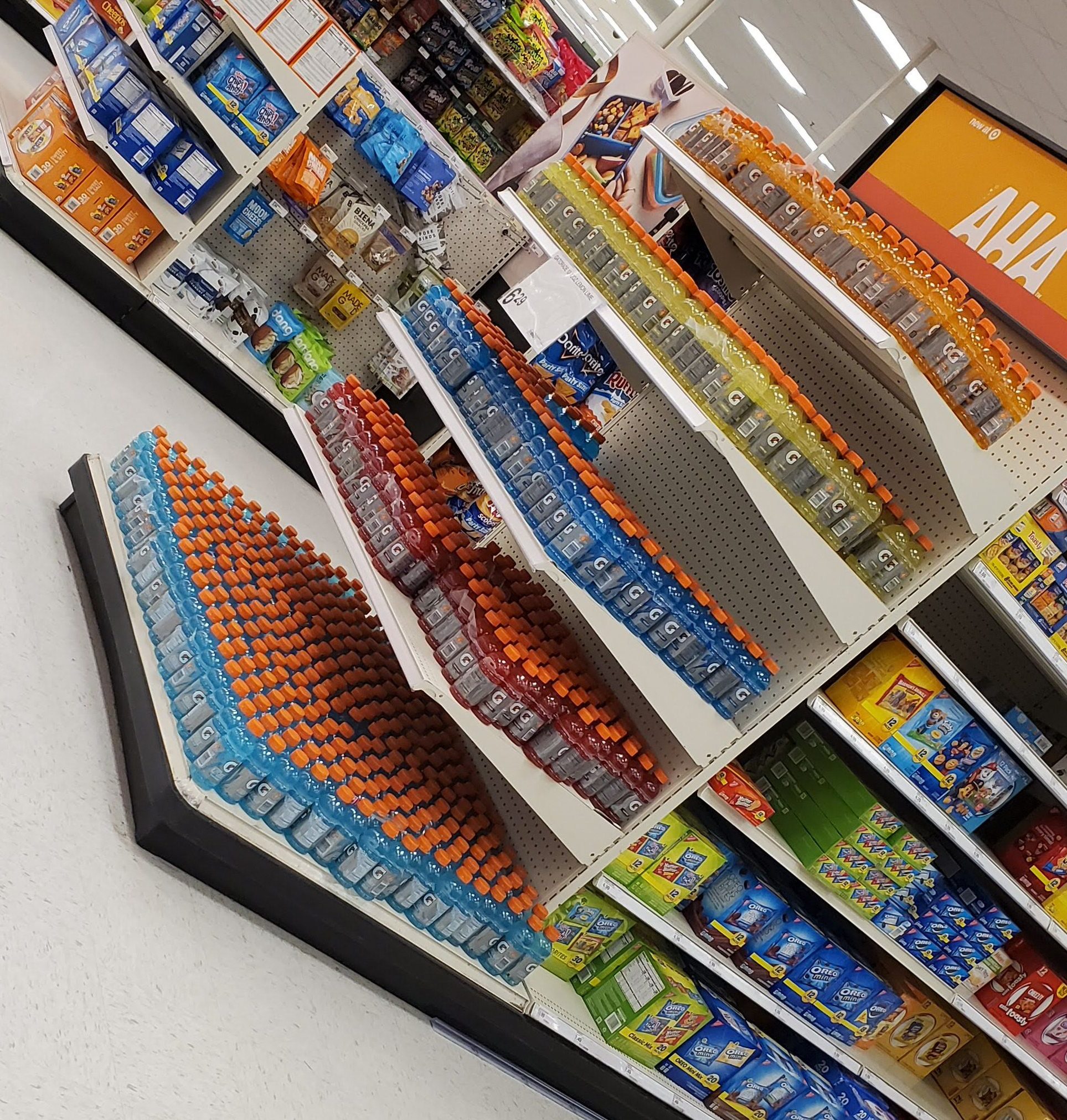 Here’s the first stage of my new tattoo, which I’m getting as a birthday present to myself instead of the cancelled Disneyland trip: 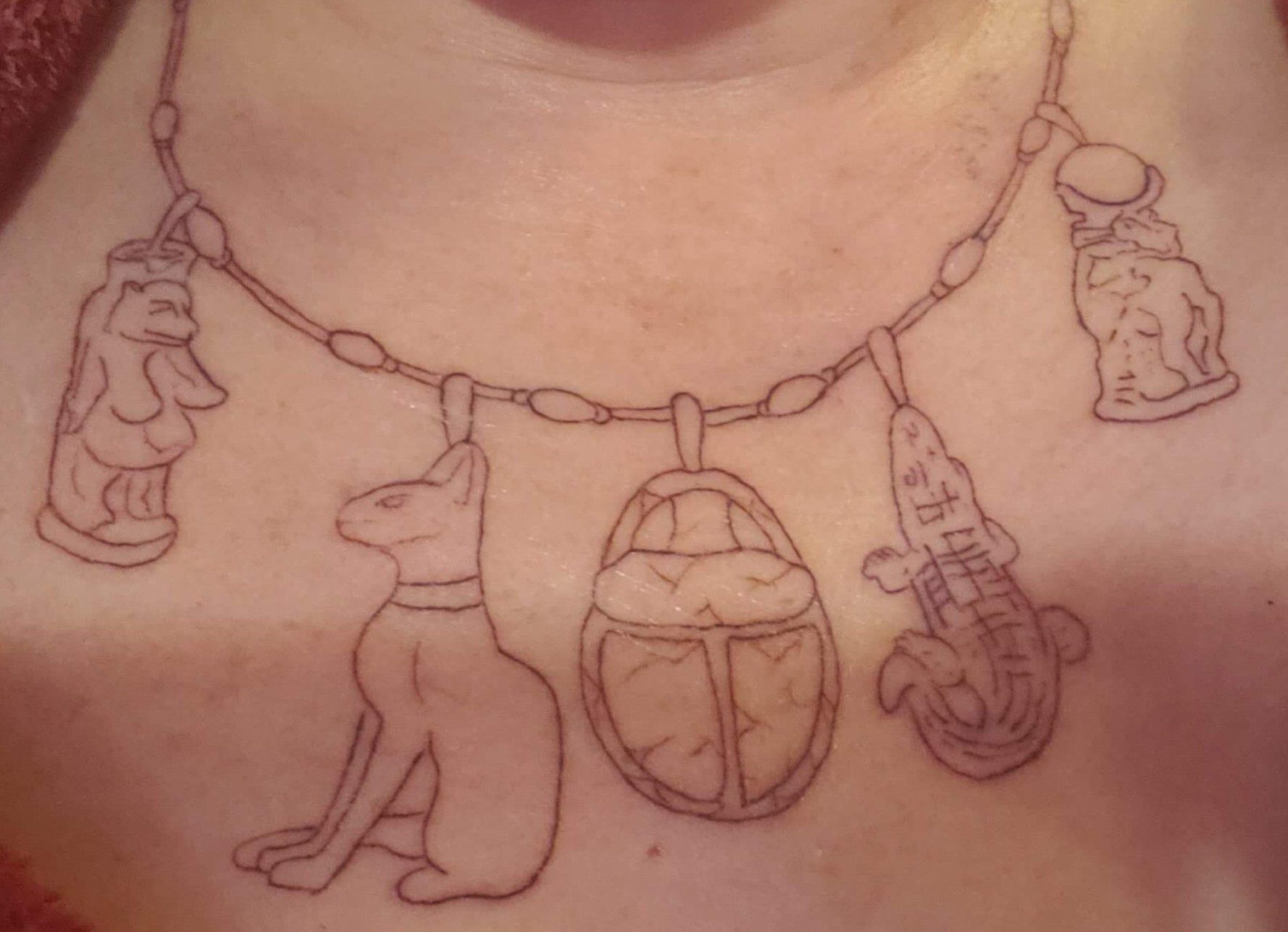 It’s all the pendants/charms Amelia received, most of which she buried at the end of The Ape Who Guards the Balance. It couldn’t be entirely accurate because of the difficulties of detail at this size — for example, the cat Ramses gave her was described as having a gold wire around its neck, from which it depended; and I would have preferred to have the Thutmose III scarab show its other side so as to be less generic — but I’m still ecstatic with it so far.

And here are Hiko and Suki doing me a sunngle on the bed. 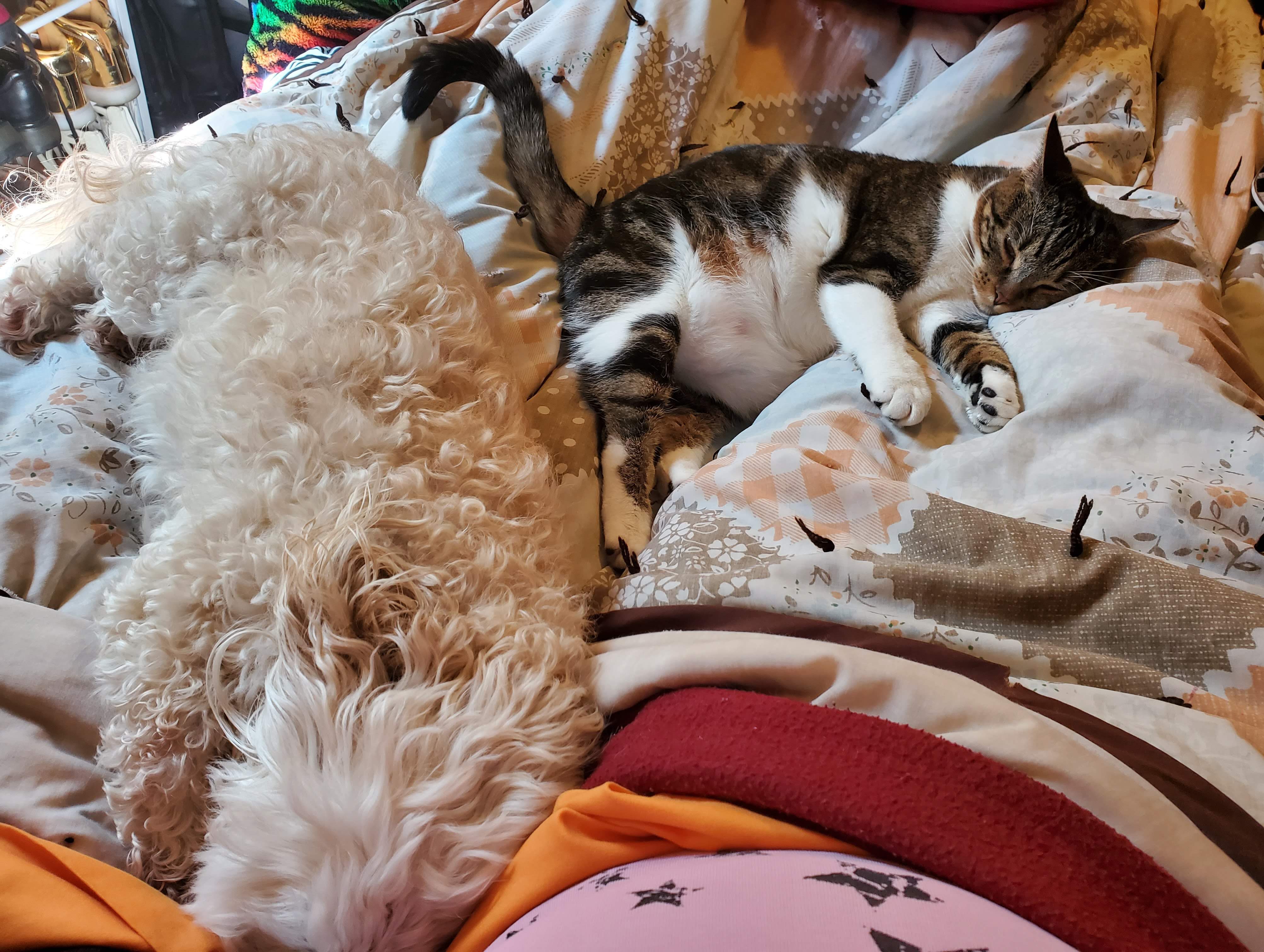 I took the following screenshot out of interest in the product name (not so much the image). 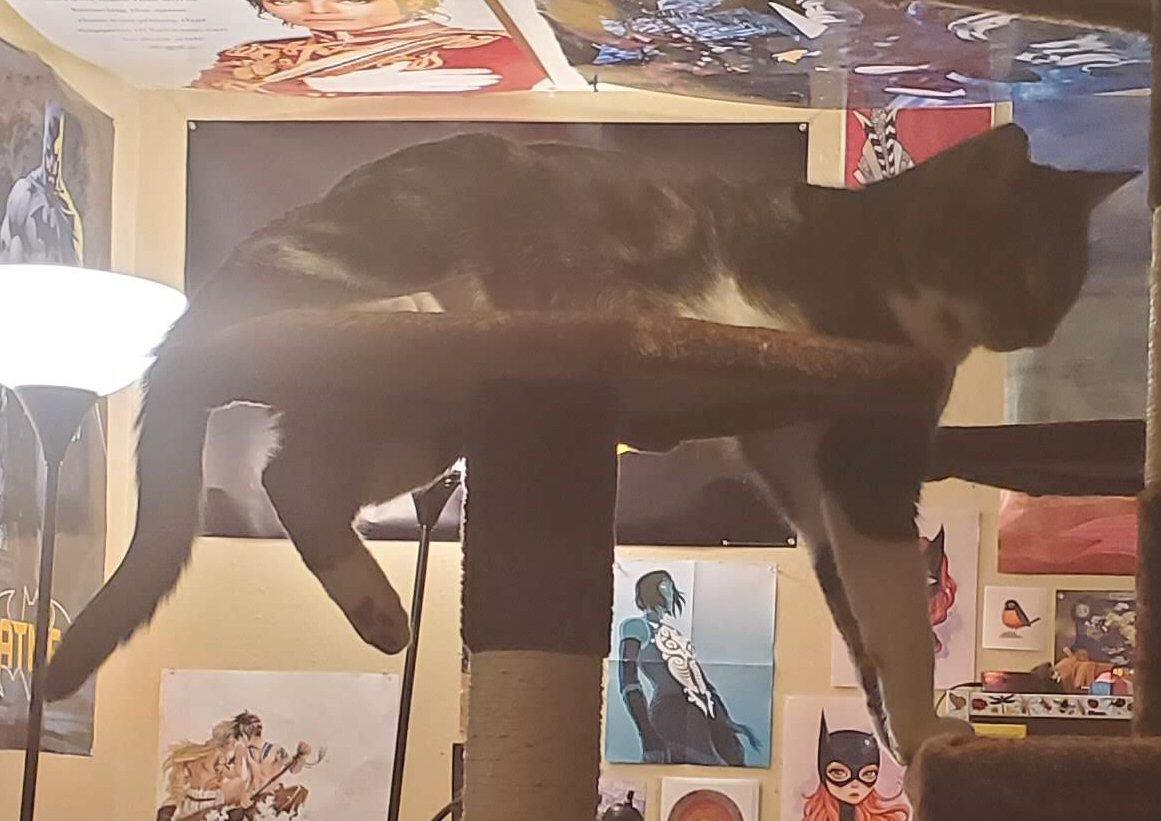 The picture is awful, I know… but it was just so funny to see her chillin’ there in that position.

And here is a much better picture of an even cuter position!!!!!! 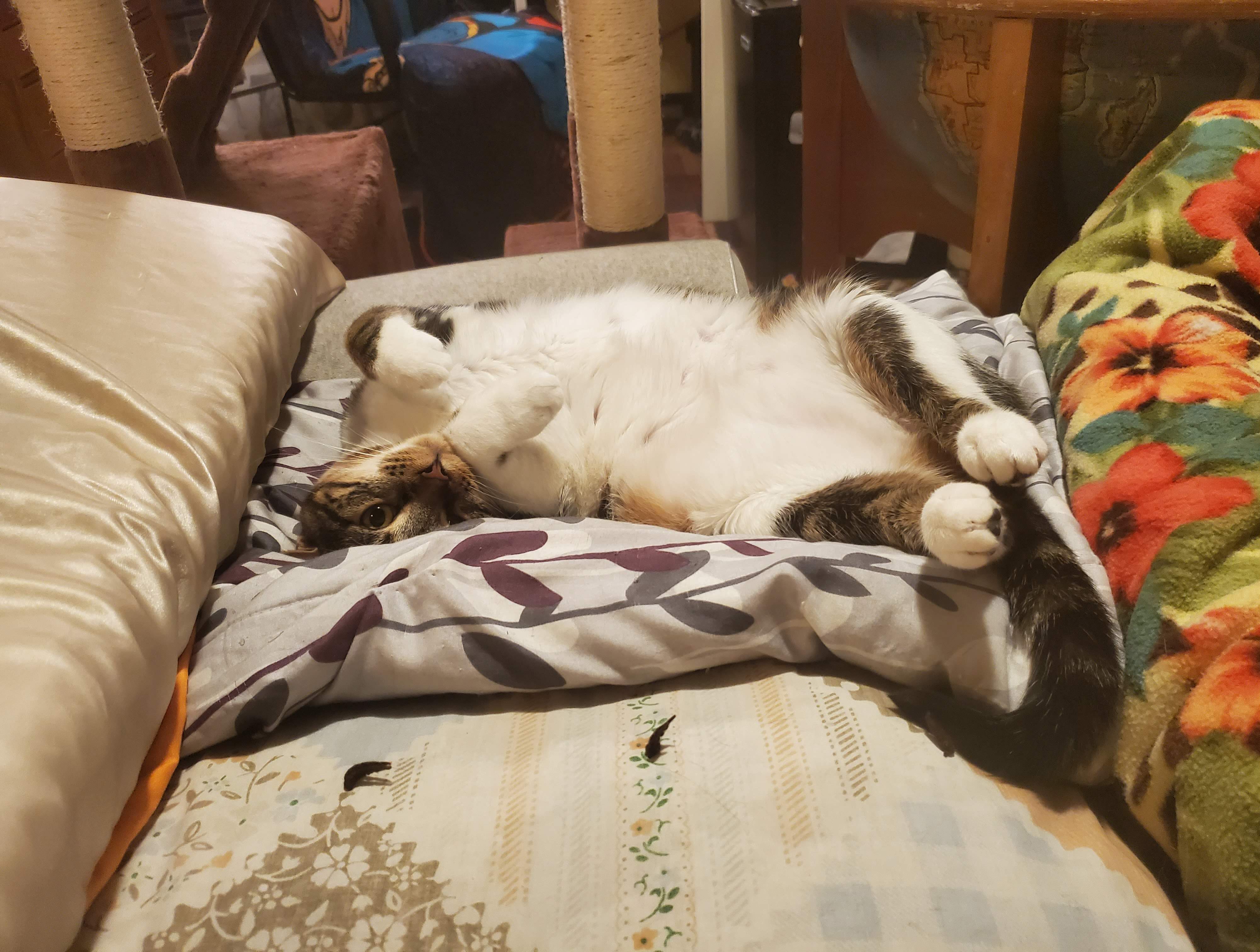 Not sure why I took that one. I guess I never need a reason to take pictures of my Little Animals, especially on the bed.

One day I brought home some groceries in my pizza delivery bag (which I’ve never actually used to house a hot pizza; most often I stand it upright and use it for grocery orders with a lot of frozen/refrigerated items). After putting the groceries away, I put the bag on the floor to be taken back out to the car when next I went there. And Suki really liked the pizza bag for some reason. 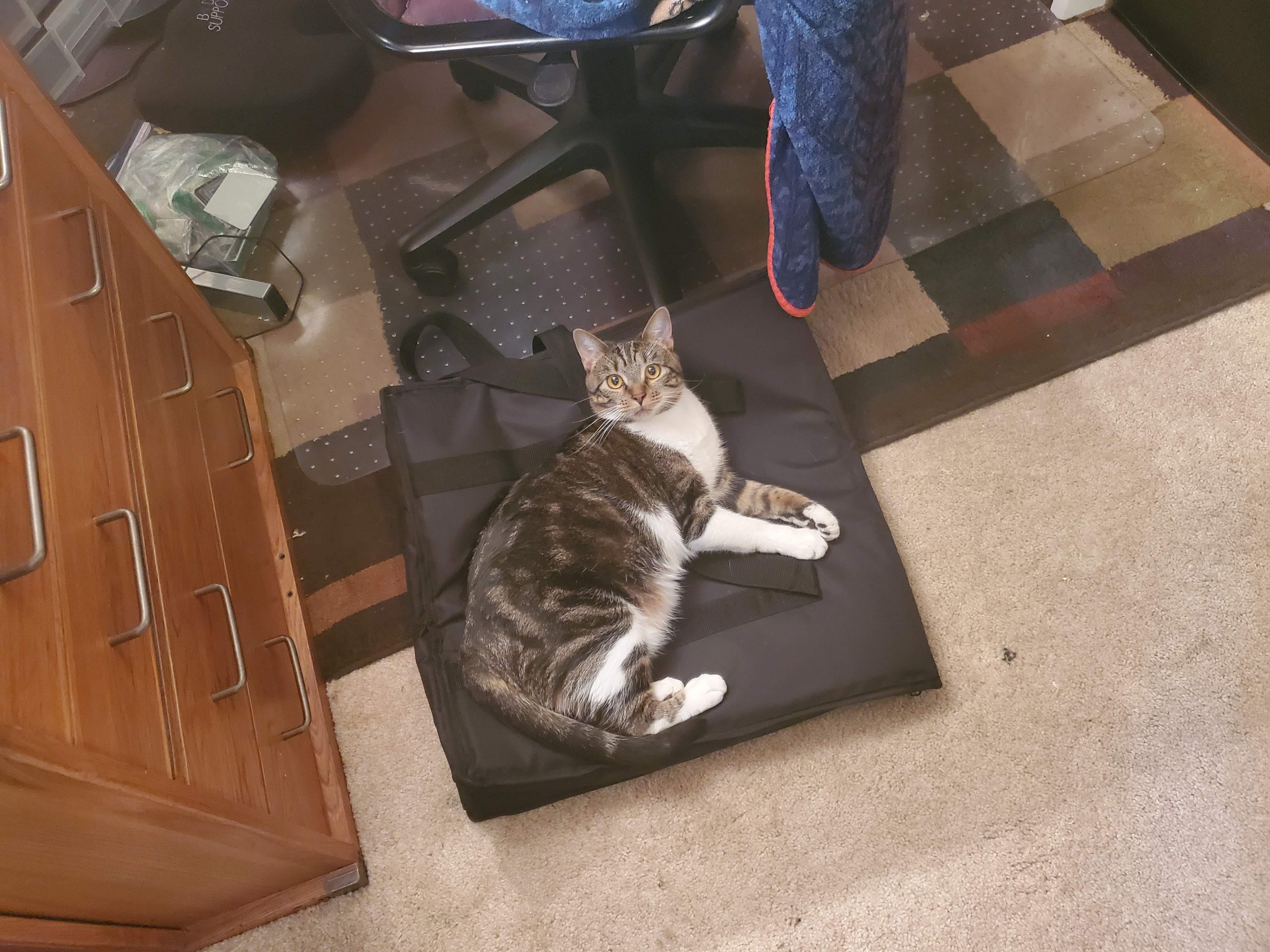 A bun walked past the top of the window well, and all three cats were extremely interested. 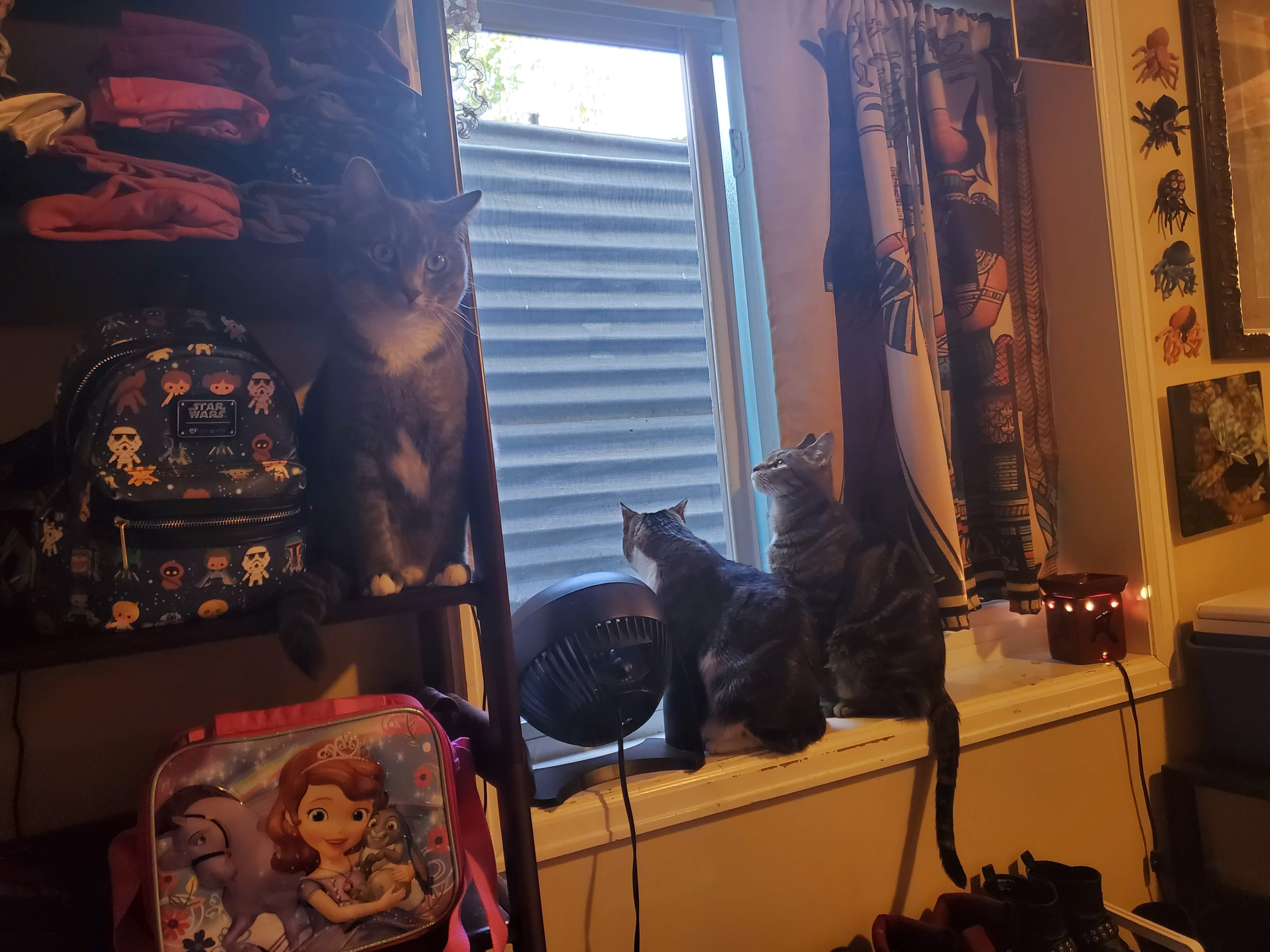 I wasn’t able to get a shot with Piper craning around to look, but she got up on the shelf for a better view. 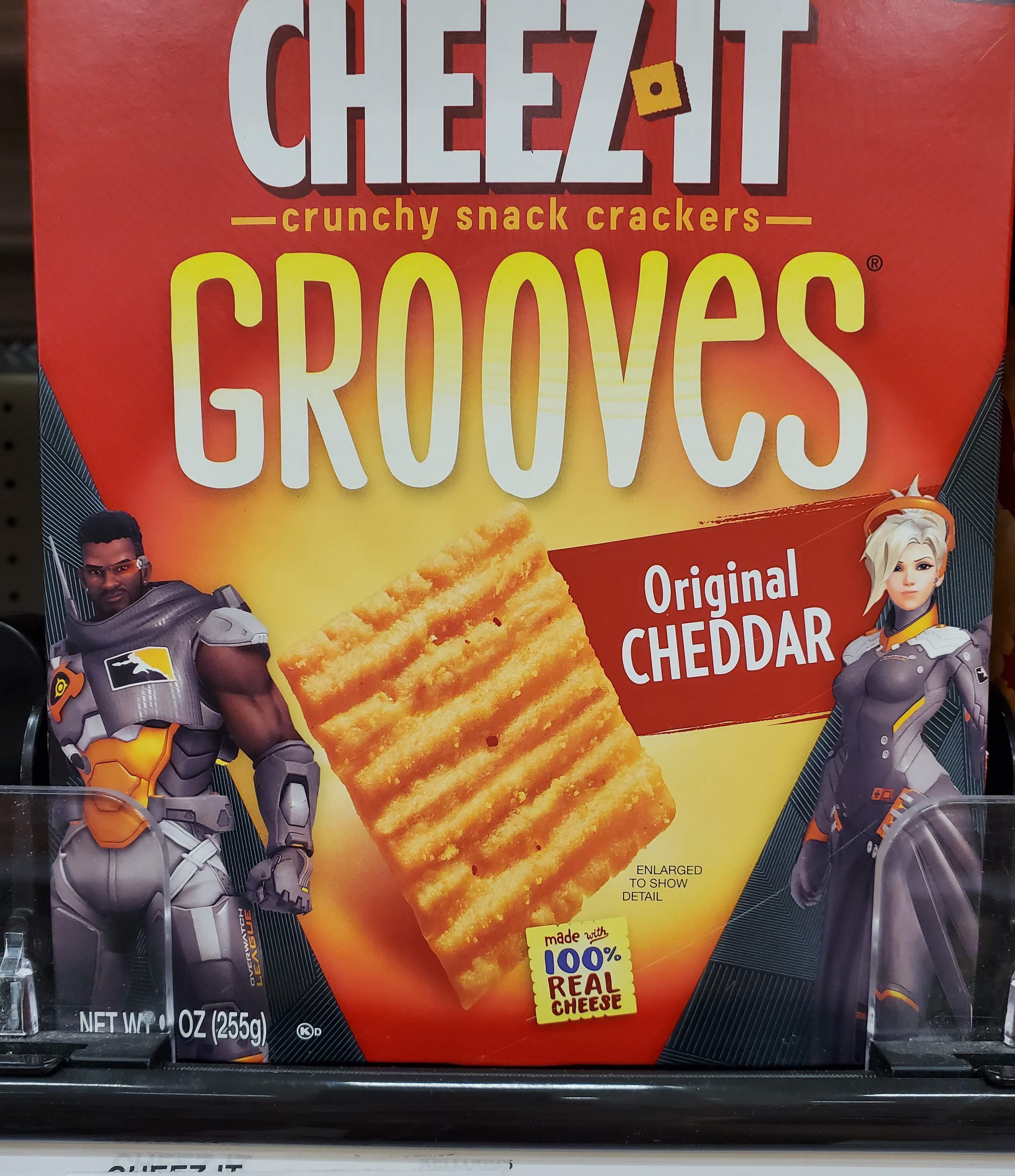 So here we have a package whose franchise characters are completely irrelevant on a product not exclusively (or even primarily) for kids; and the best part is that these characters are not even identified on the front of the box. No franchise name is given; no special promotion is mentioned; there are just these video game randos standing in front of a giant cracker. It made me shake my head, and I had to get a picture (though I could wish the picture encompassed the entirety of the box’s front). 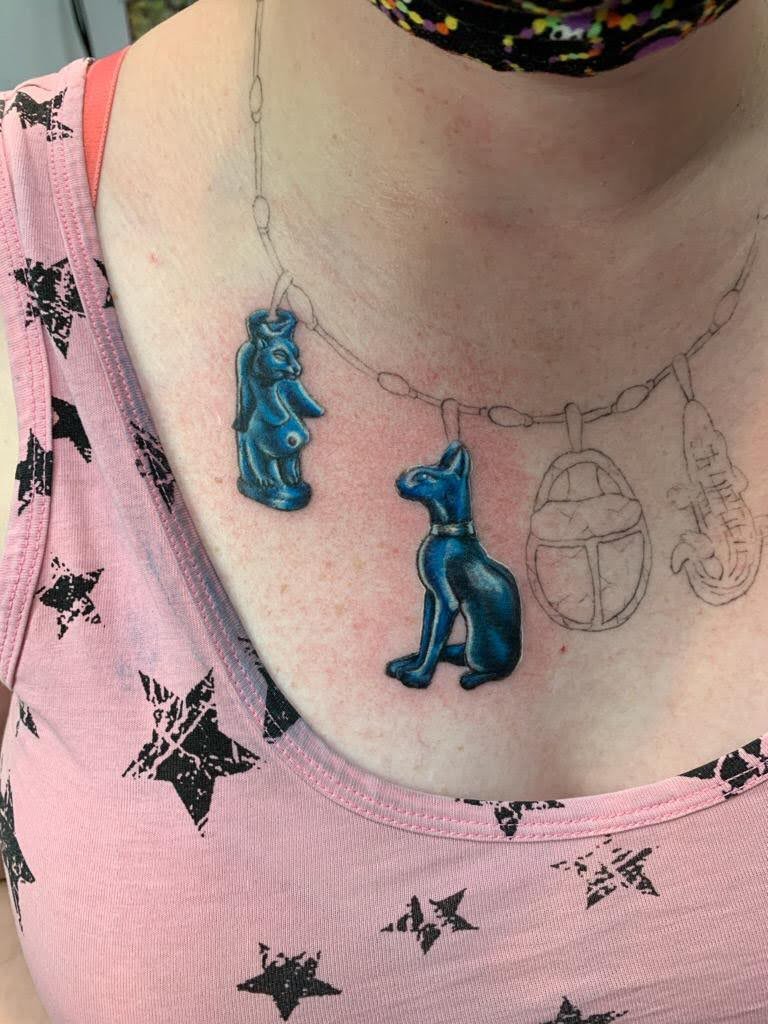 These are in a very scabby state by now, but fortunately the itchy phase hasn’t started yet.

Brother took his cat outside for some backyard playtime the other day, and he took these fantastic pictures: 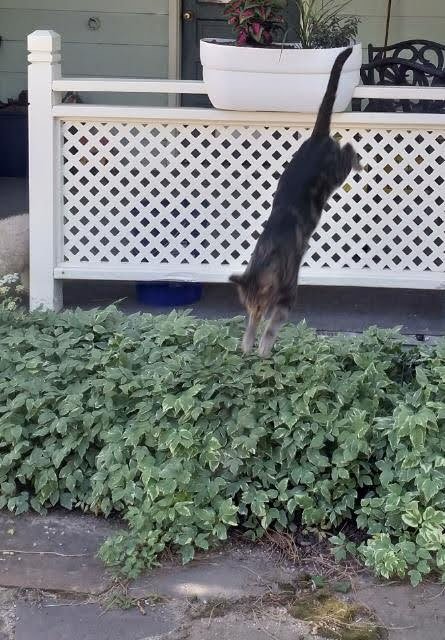 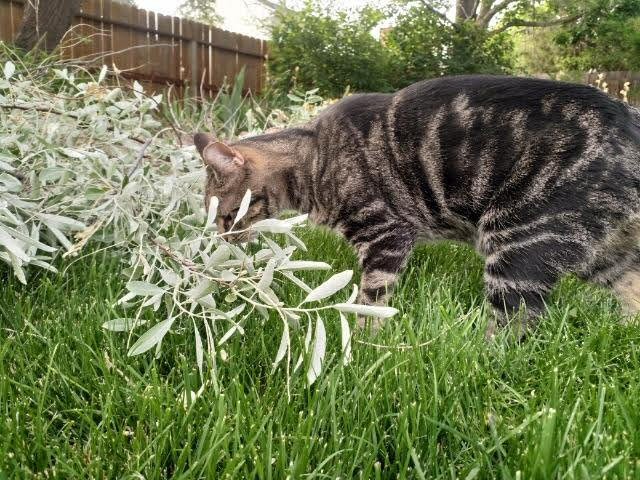 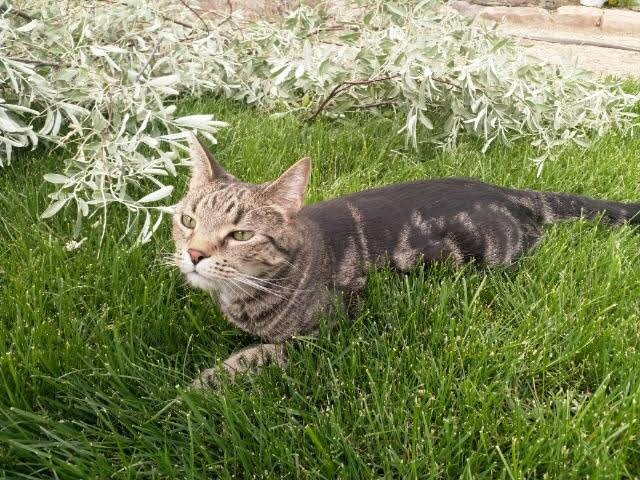 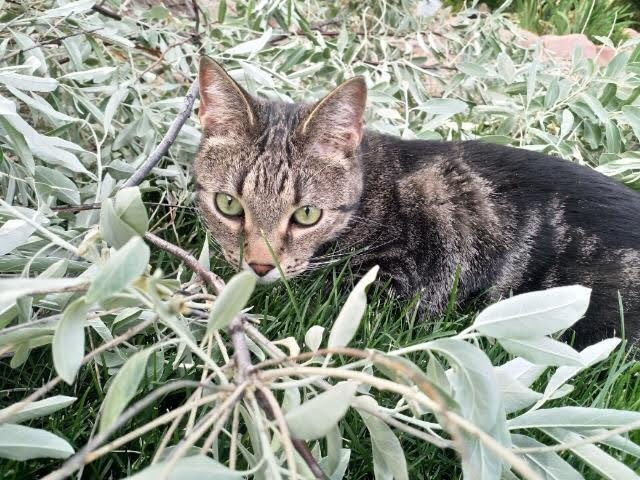 And then mom was outside yesterday and took this fantastic picture: 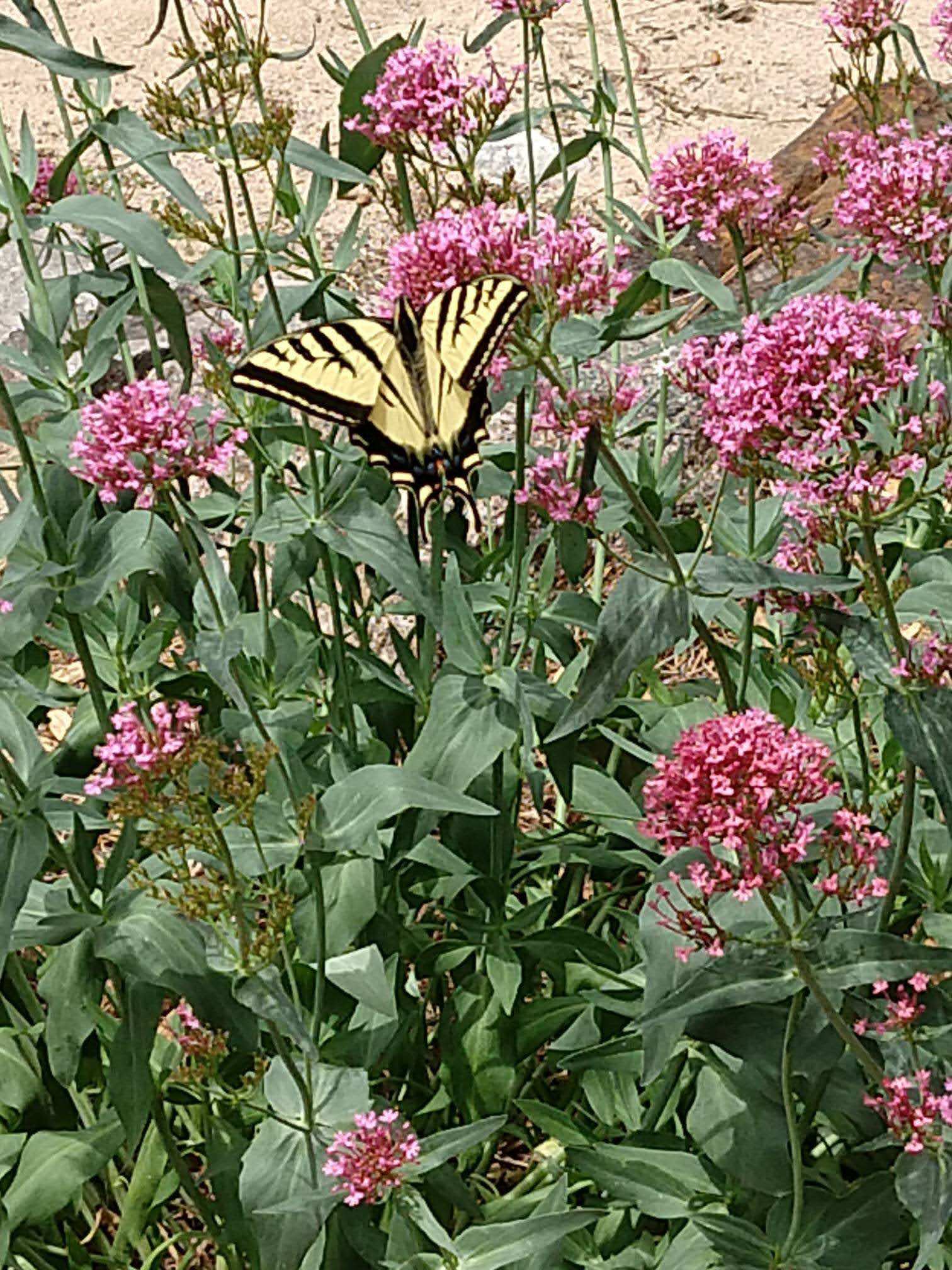 I don’t know how she managed to take such a great shot. It looks so much like the ACNH tiger butterfly that I’m itching to pull out my net.

And then, the other day, dad randomly sent this picture to some of us all “Remember this?” 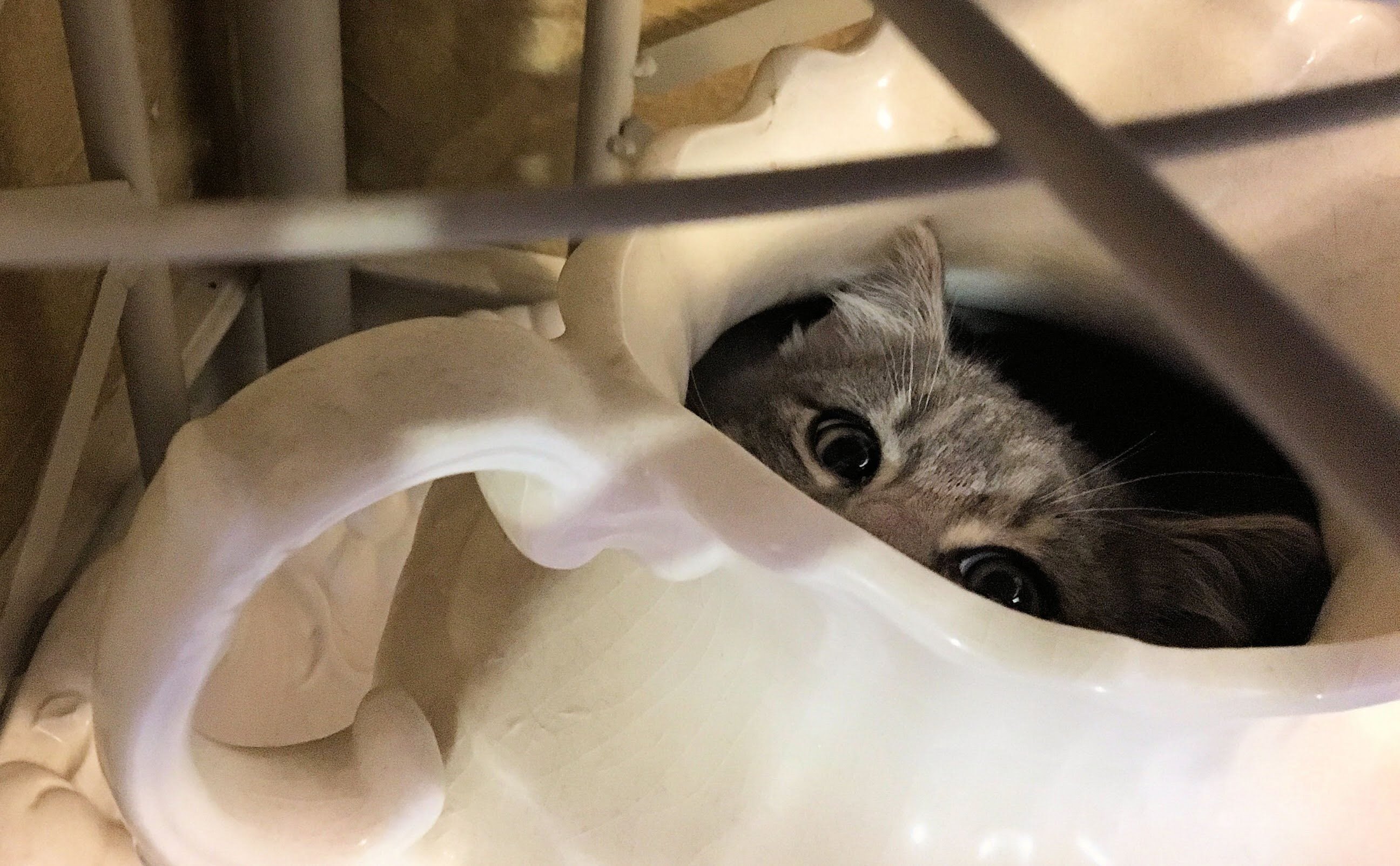 This was, of course, forever ago when Piper was the tiniest kitten. I vaguely remember her climbing into that jug; I believe Galileo was harassing her.