I really should have included this in the previous two weeks, but whatevs. The egg candy that was part of my present: 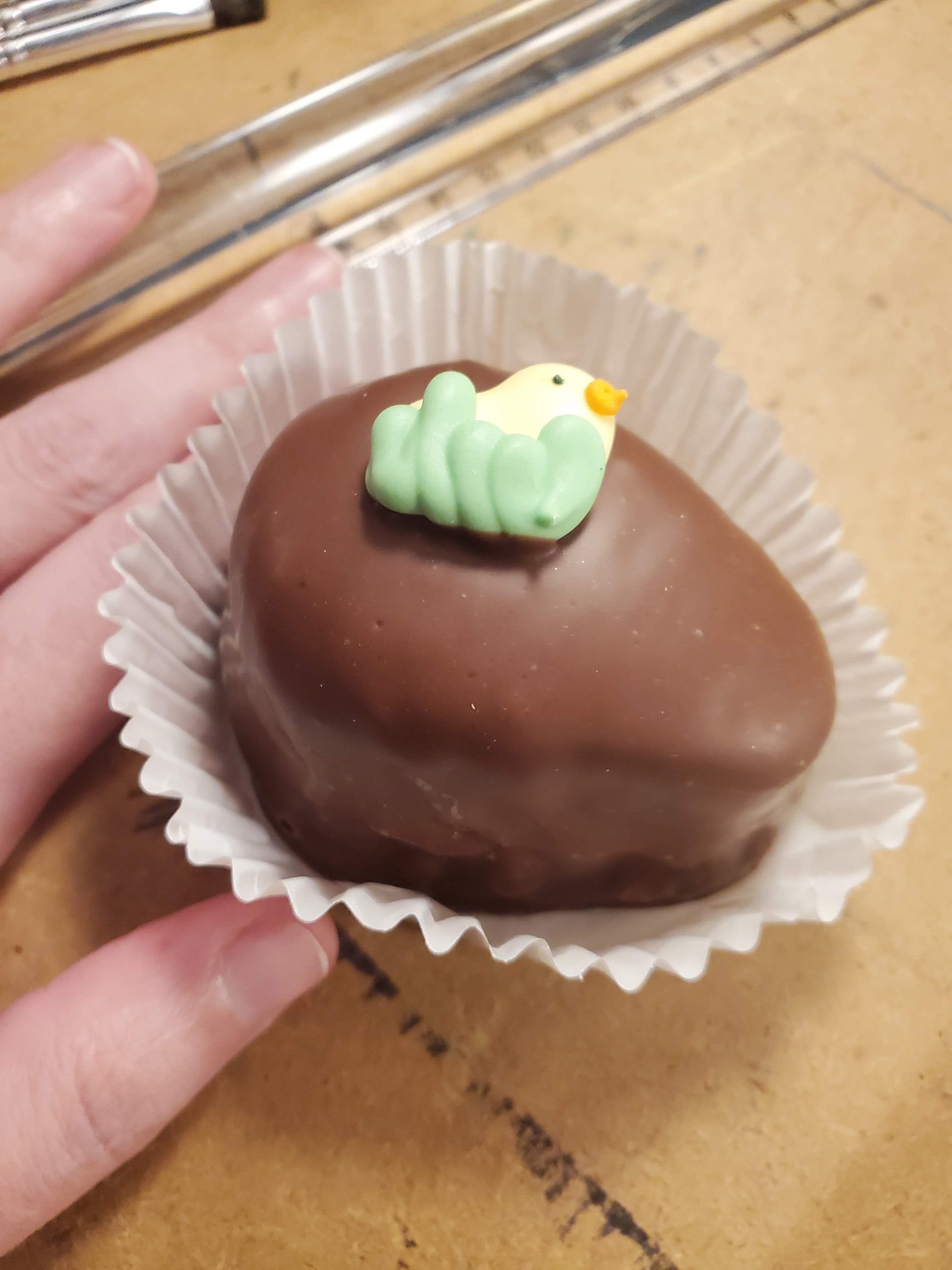 Bird looks like he’s flipping me off. “give bird to ferrari”

I was in the hospital over St. Patrick’s Day, and my dad brought me a green ribbon on that day. I honestly can’t remember what I did with it at the time, but afterward I wore it at least once: 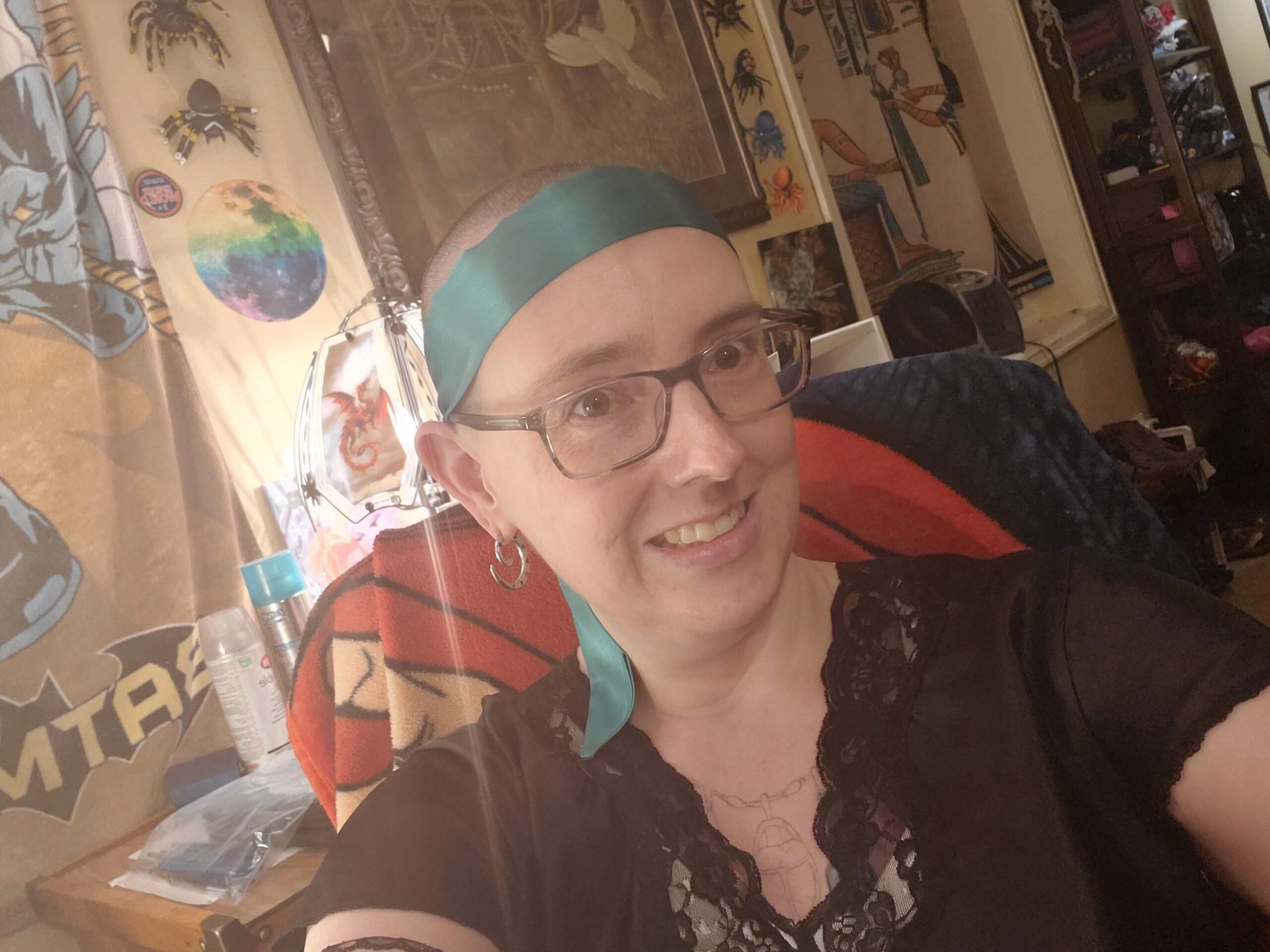 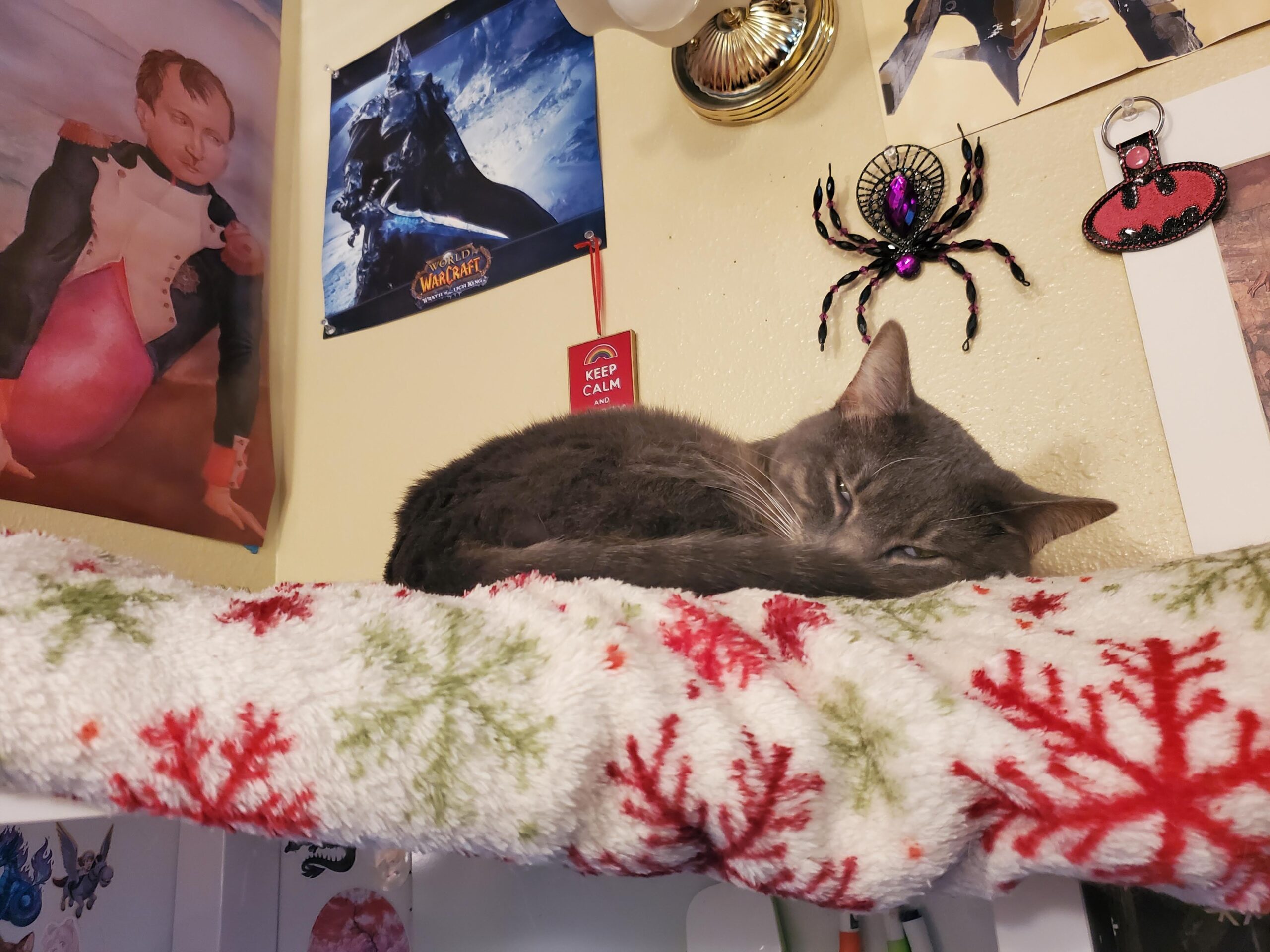 It’s a Lil Missy! And on that same day I wore a camo hat that was a gift from a person that’s lived through two different cancers. 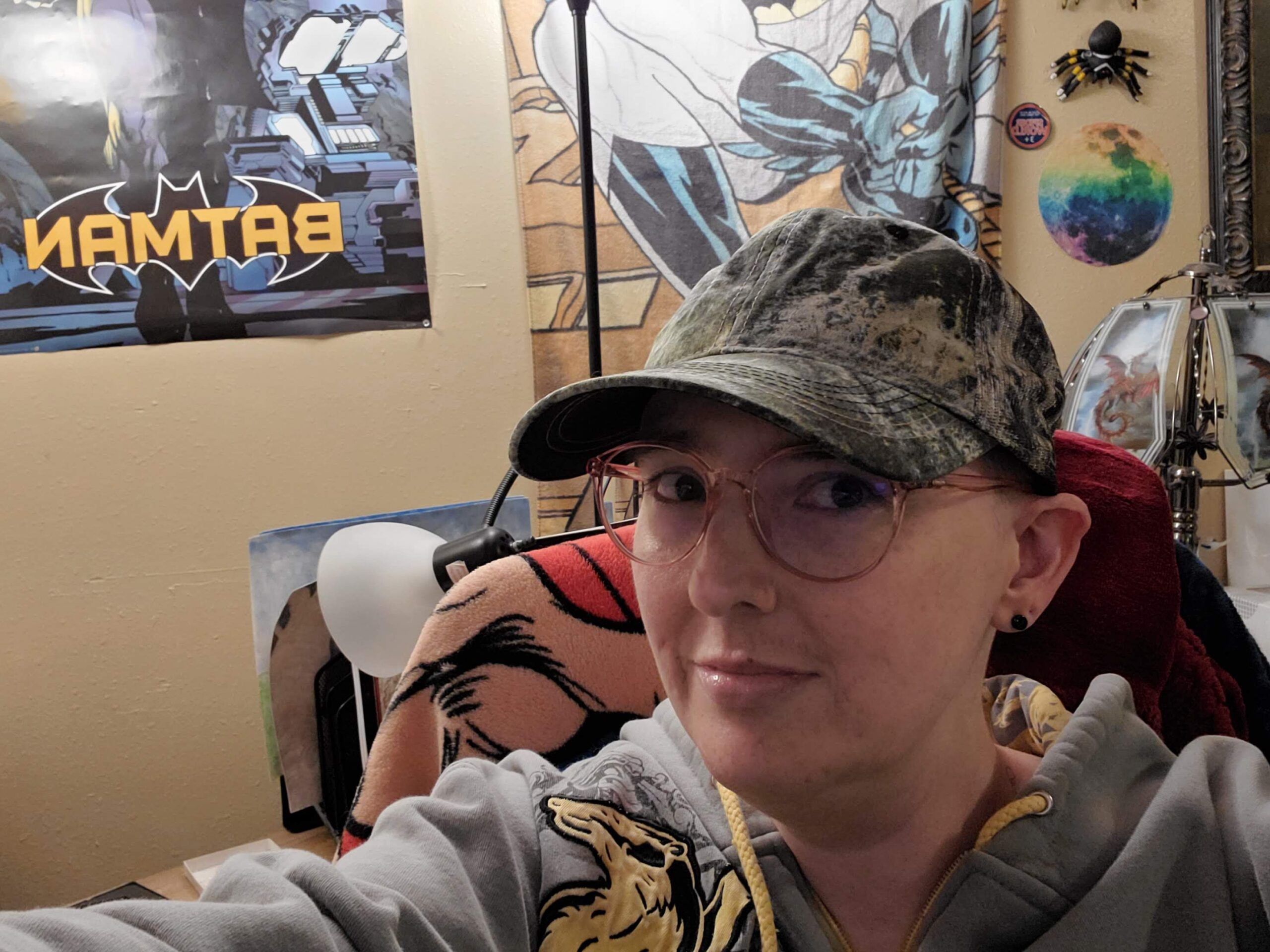 I don’t wear those pink glasses much, in part because the lenses are so much bigger than my other glasses and give me a headache, and in part because I don’t much like the way they look on me. But somehow, with that hat, they were suddenly adorable, so I wore thems.

Also that day, two cats slept on my legs: 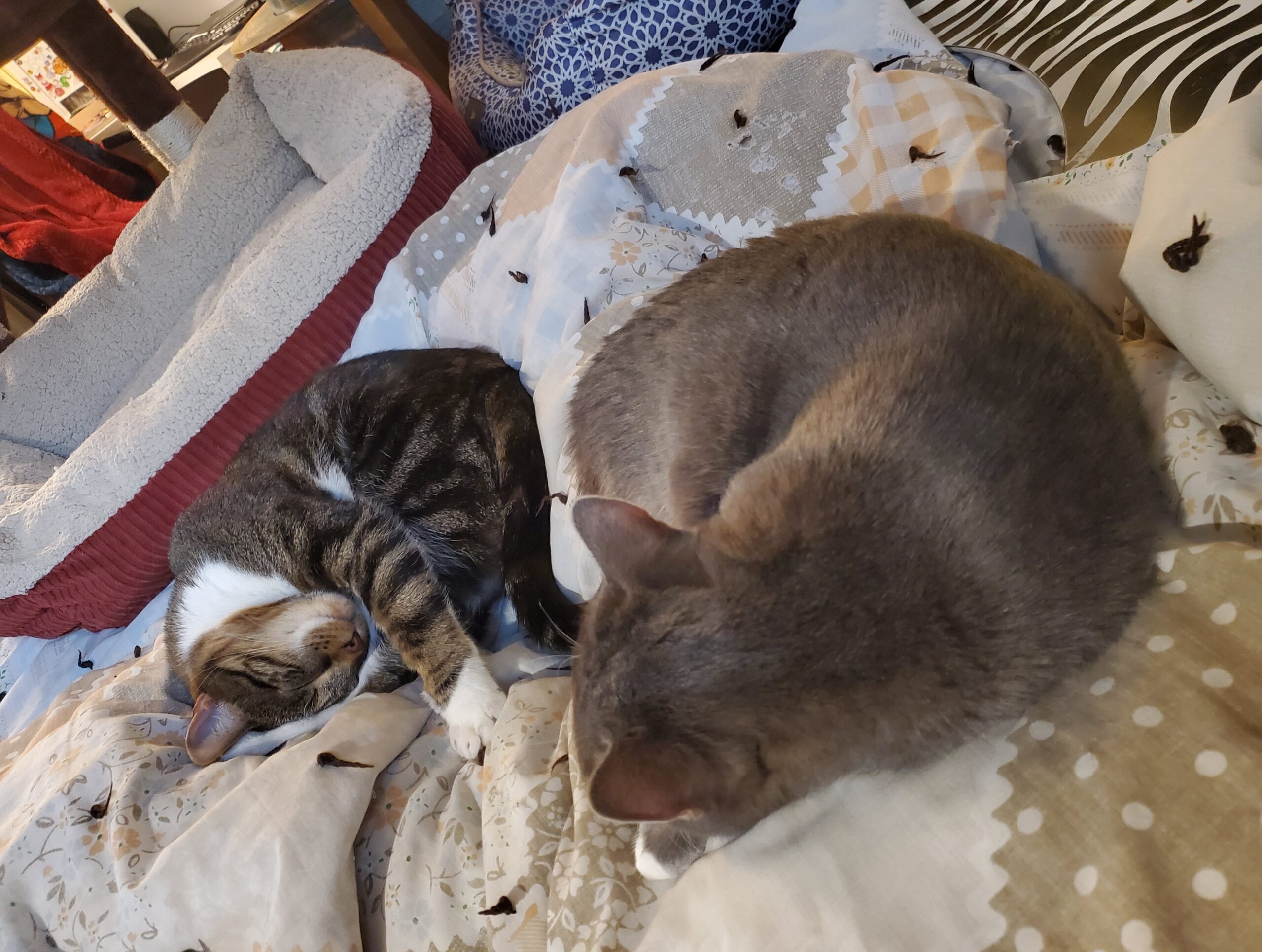 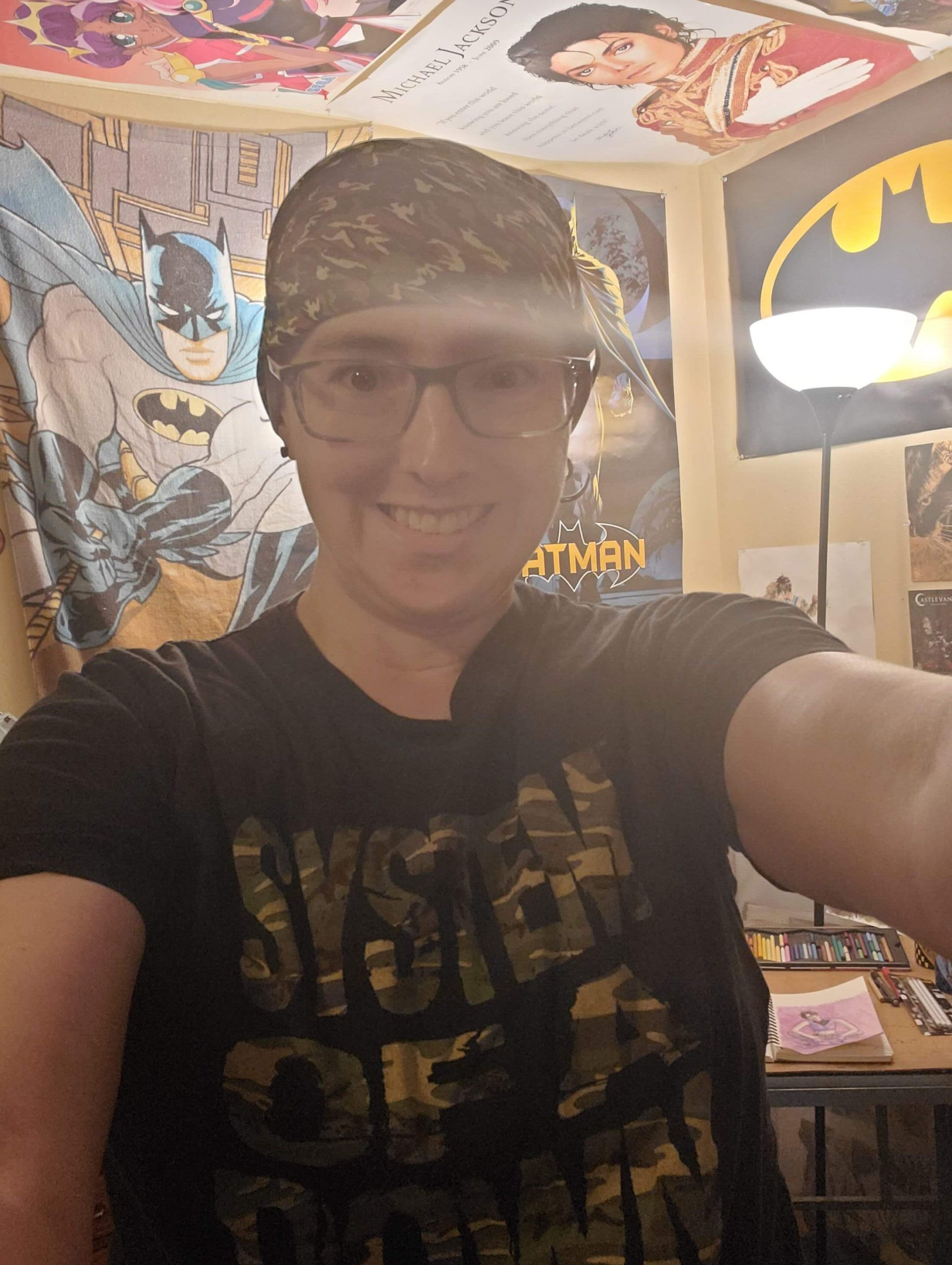 OK, so, couch story. My parents are redecorating the upstairs, and they decided the huge green sofa in the living room is no longer a desirable piece of furniture. My mom kindly offered to give it to me so I could sell it. She expected I could get around $500 for it; it just needed to have a leather-scratch-removing process done to it. I was very pleased with this idea, because I was in desperate need of money. Unfortunately, this was right when the cancer pains became the worst they ever got. I simply couldn’t do the scratch-removing process. 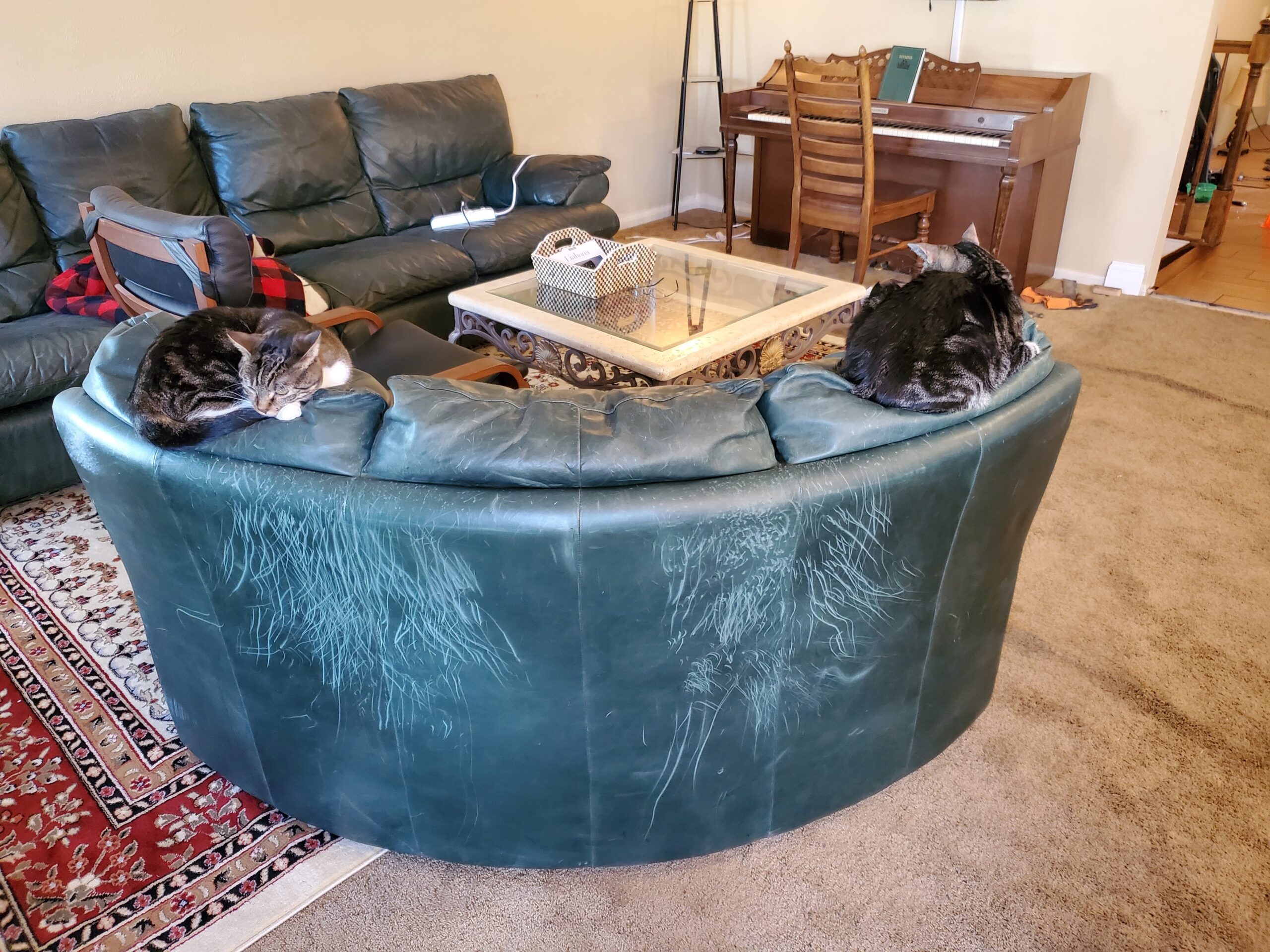 So, yeah, that’s what the back of the corner piece looked like. (Bonus Suki and Galileo on top indicates who was responsible for the majority of the scratches.) Since I couldn’t deal with that, mom had Habitat for Humanity come pick up the couch, which was probably the better destiny for it after all. The End. That was not a very interesting story XD 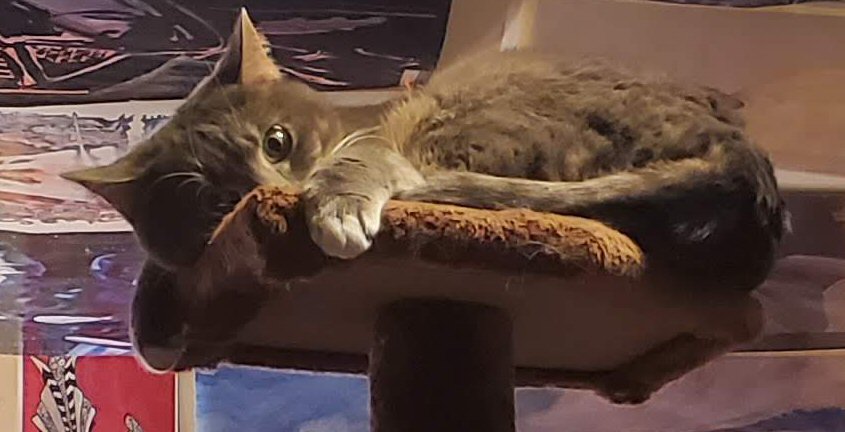 Sometimes Piper makes crazy eyes and attacks something. Sometimes I can even get a picture of it. This day she was being a very playful plii, as you can see from how she’s lying here: 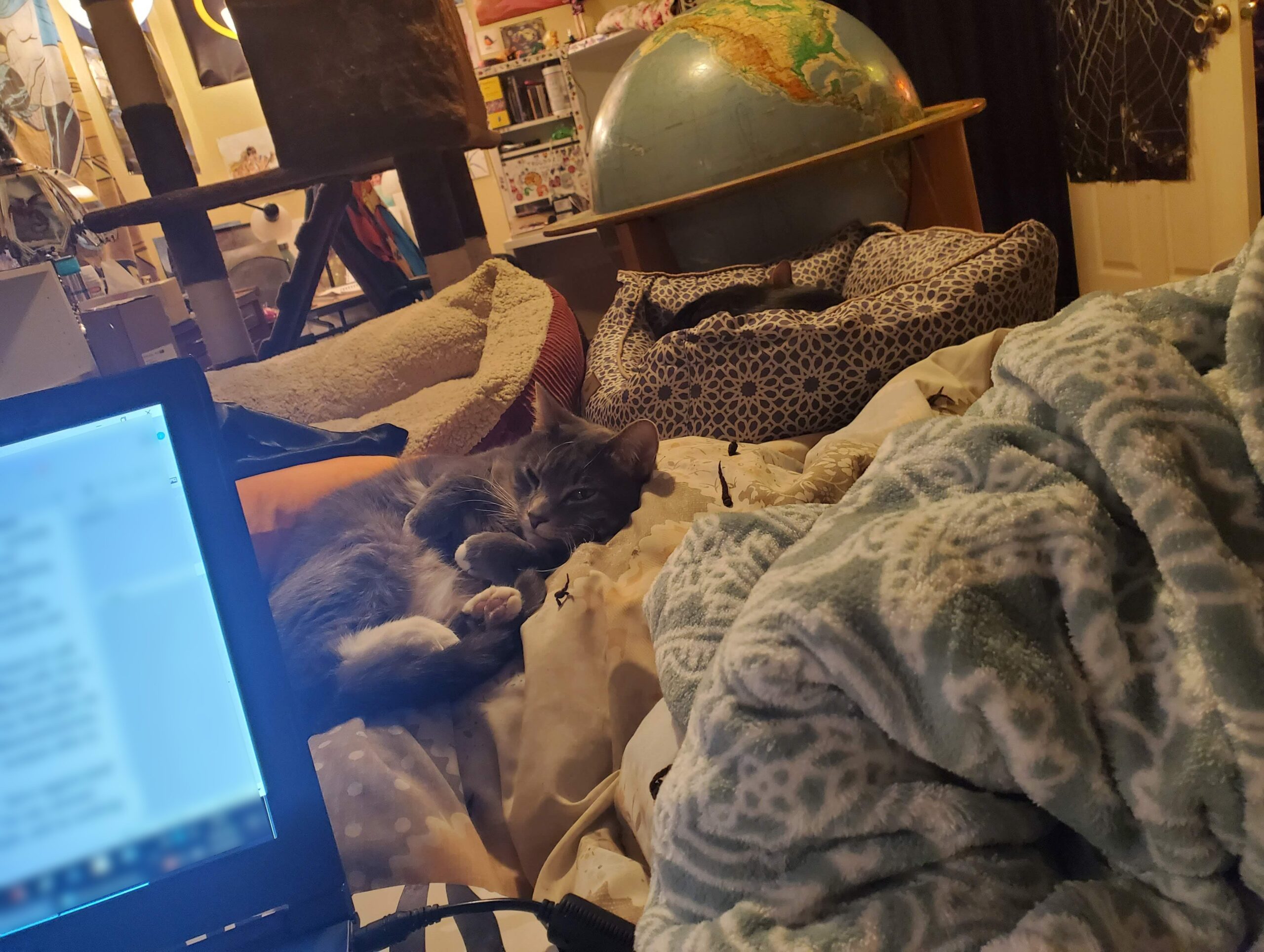 This one time, my mom found a Dr. Pepper lip balm in the shape of a cup with ice and a straw: 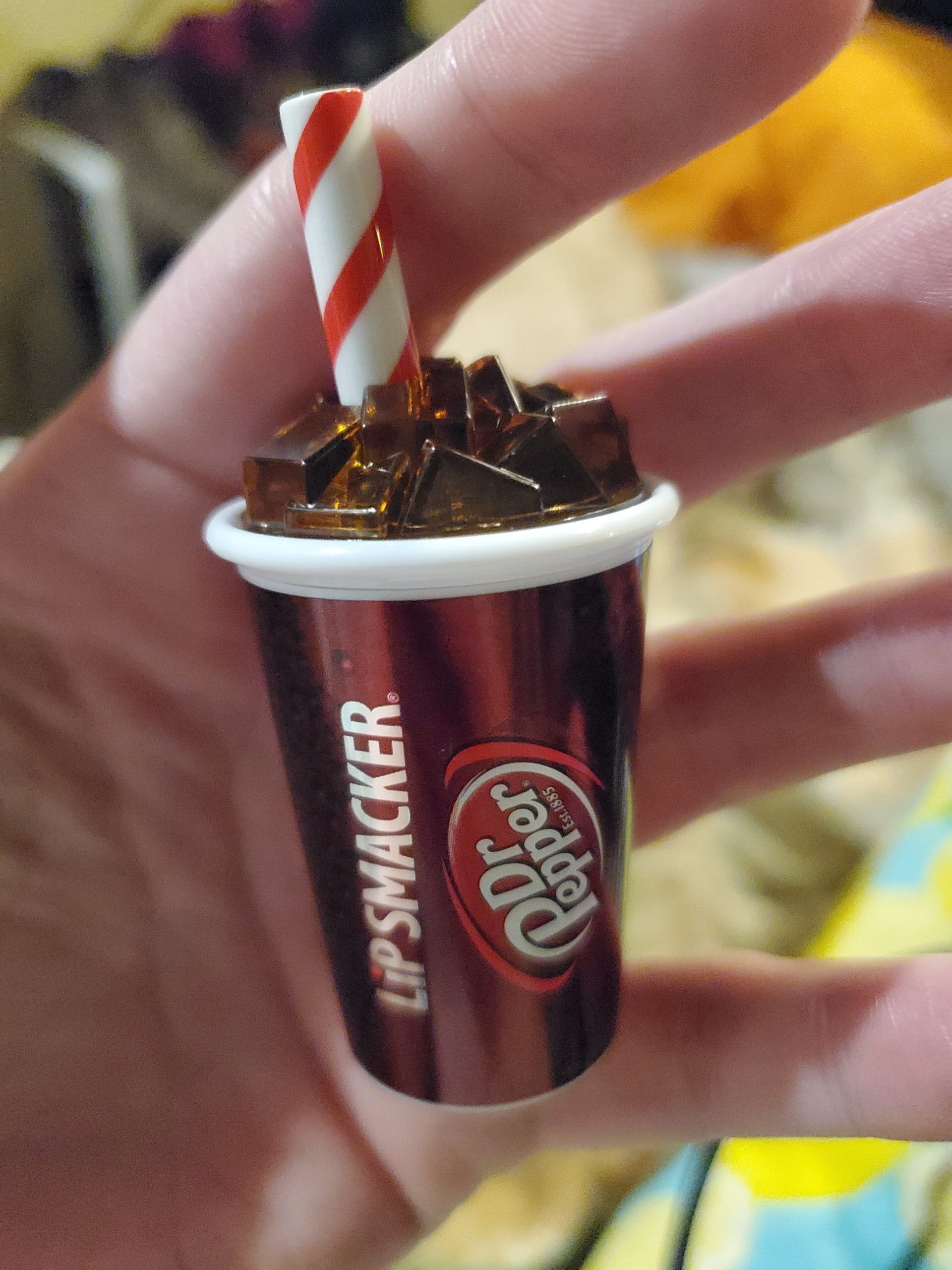 It was so cute I still can’t even. I was planning, once the lip balm was used up, to find some way to turn it into a Christmas tree ornament. Unfortunately, Hiko got at it. We all know what Hiko does to lip balms. Now that photo is all I have left. 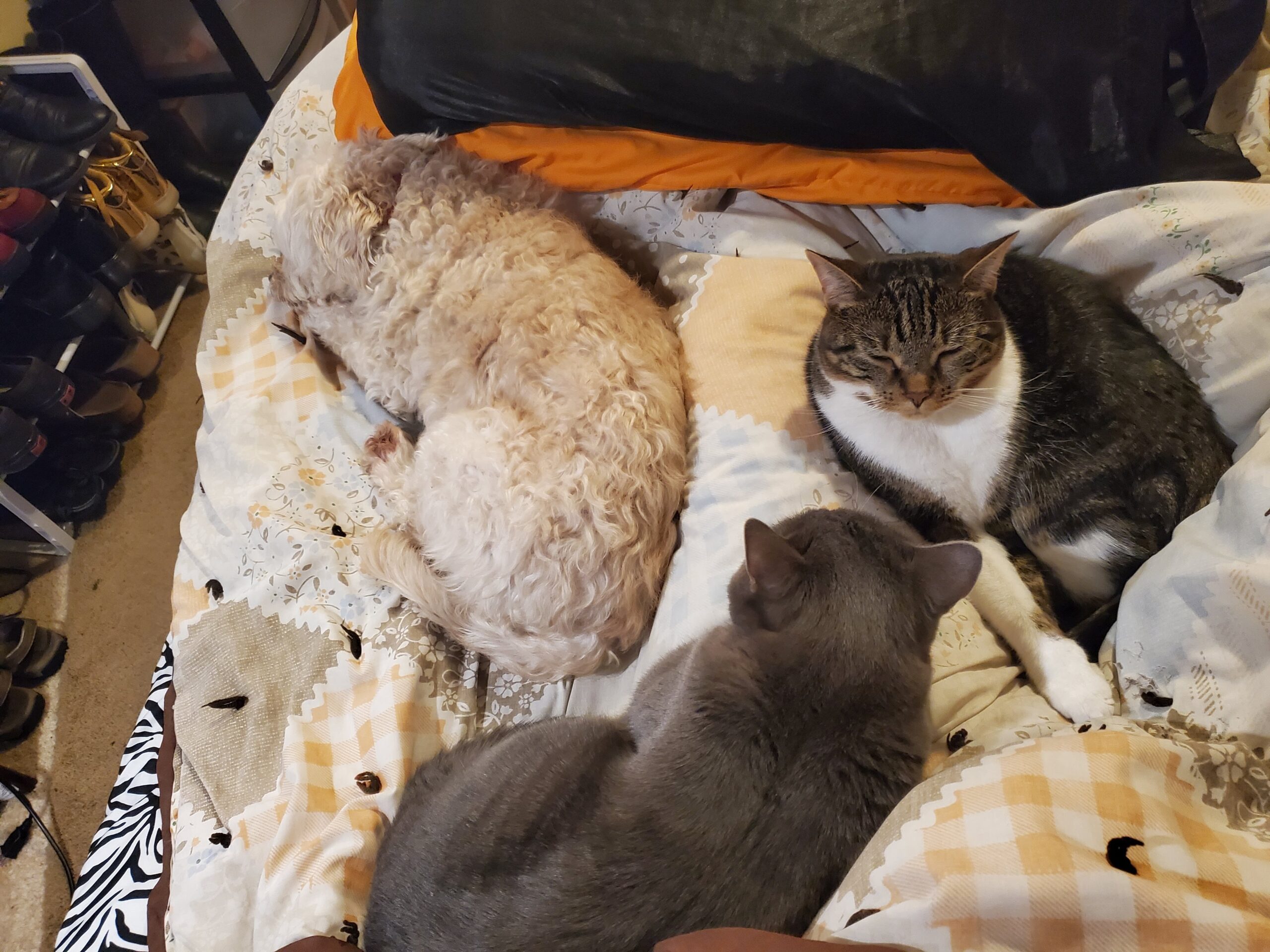 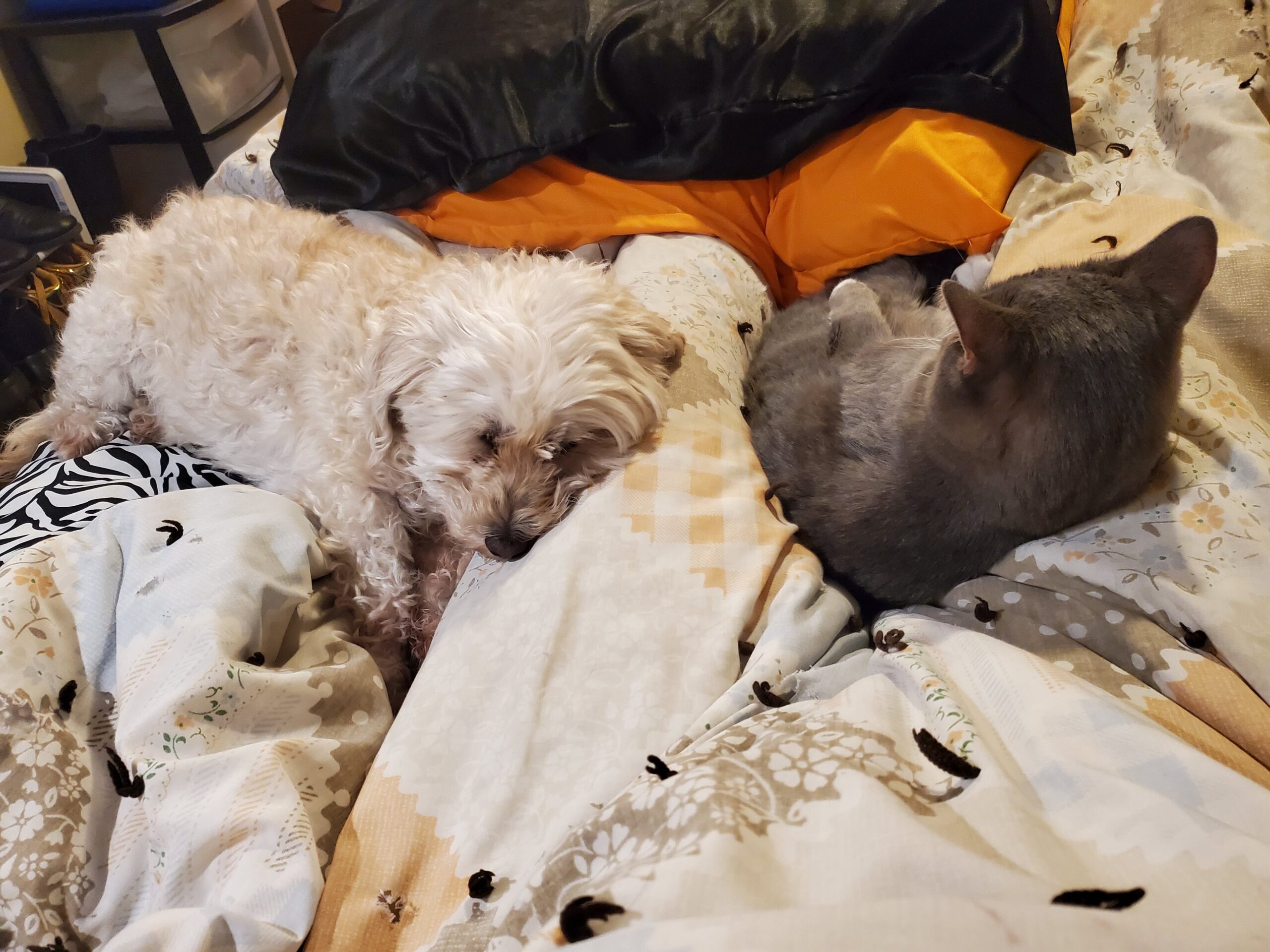 Cancer, Chemo, and Comics: My 2021. I present the following two screenshots that my friends may all compare batbutts. 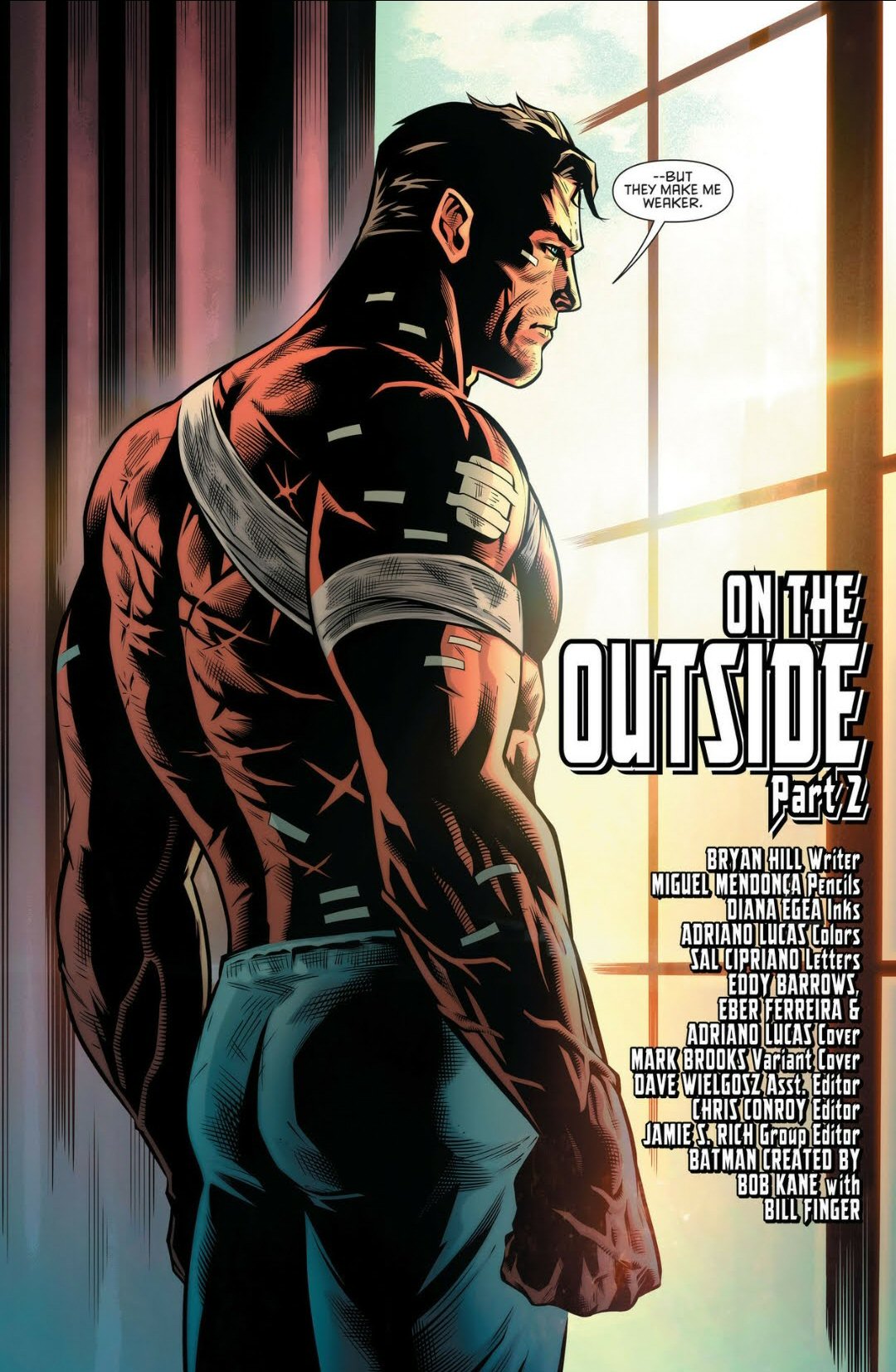 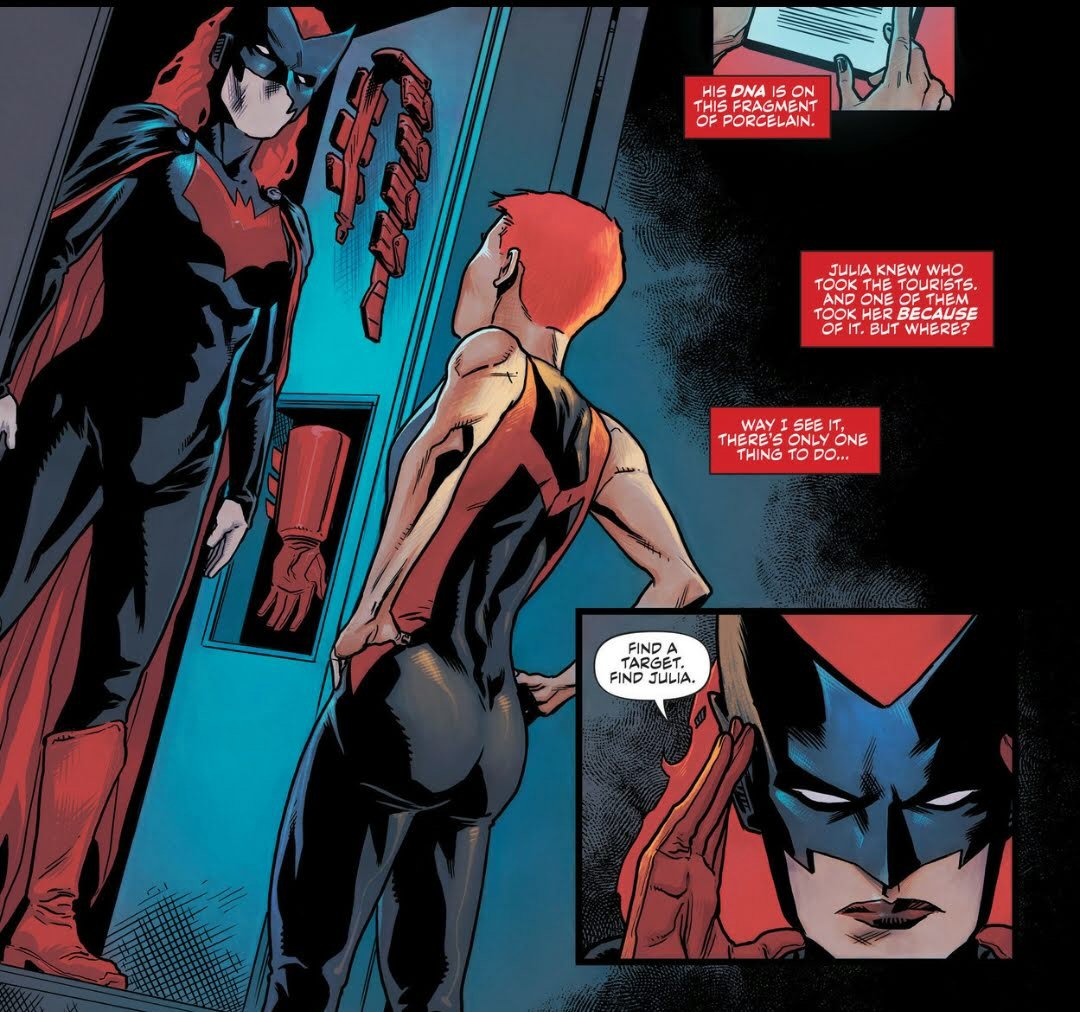 Bizarrely, though I love Kate more than anything evar, Bruce’s butt is way more attractive. And what exactly does an attractive butt mean to an ace like me, anyway??

I think I was trying to show my Discord friends these earrings that my mom made for me years ago. And then it seemed cool to get my tattoo in the shot as well? 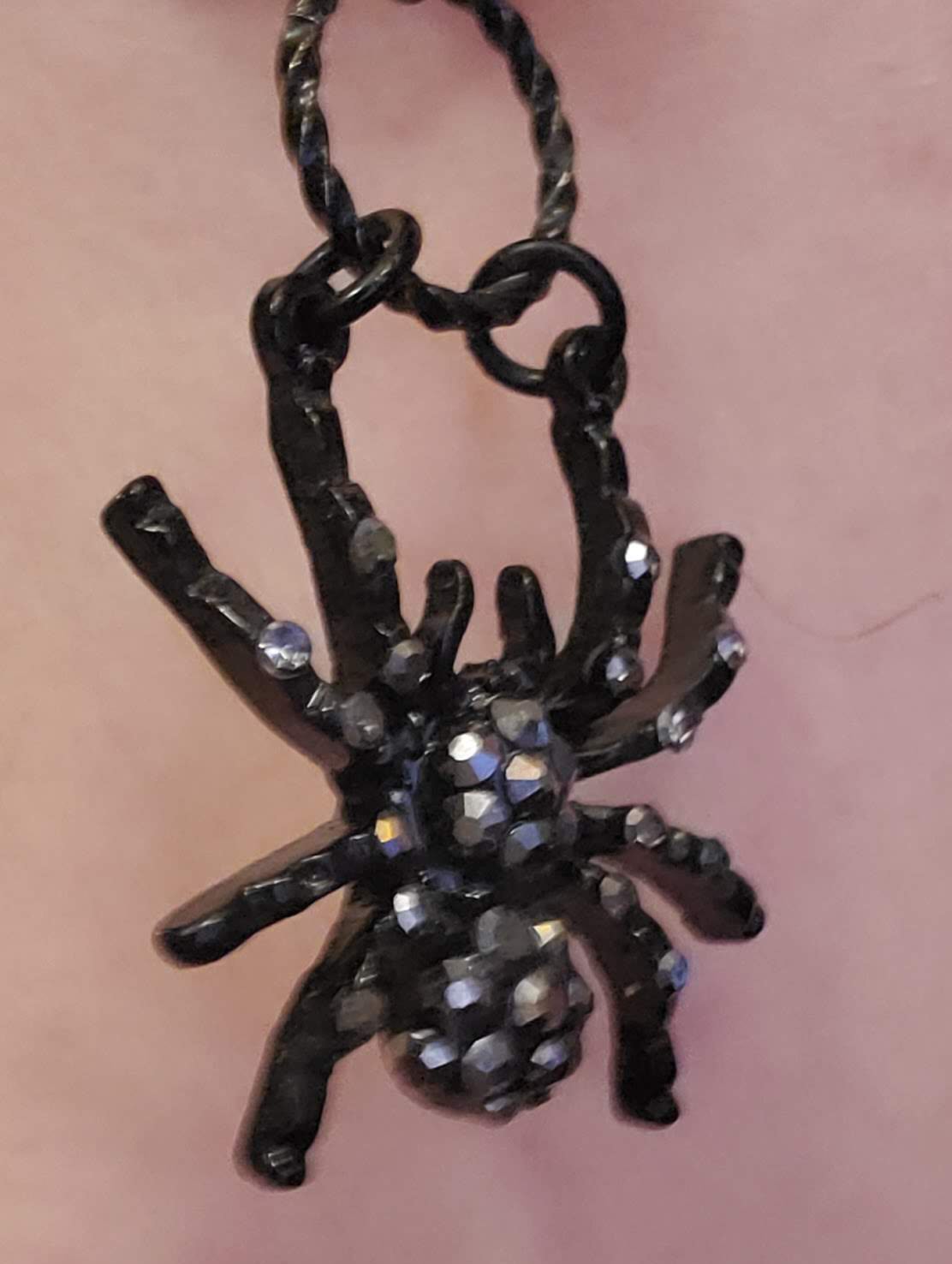 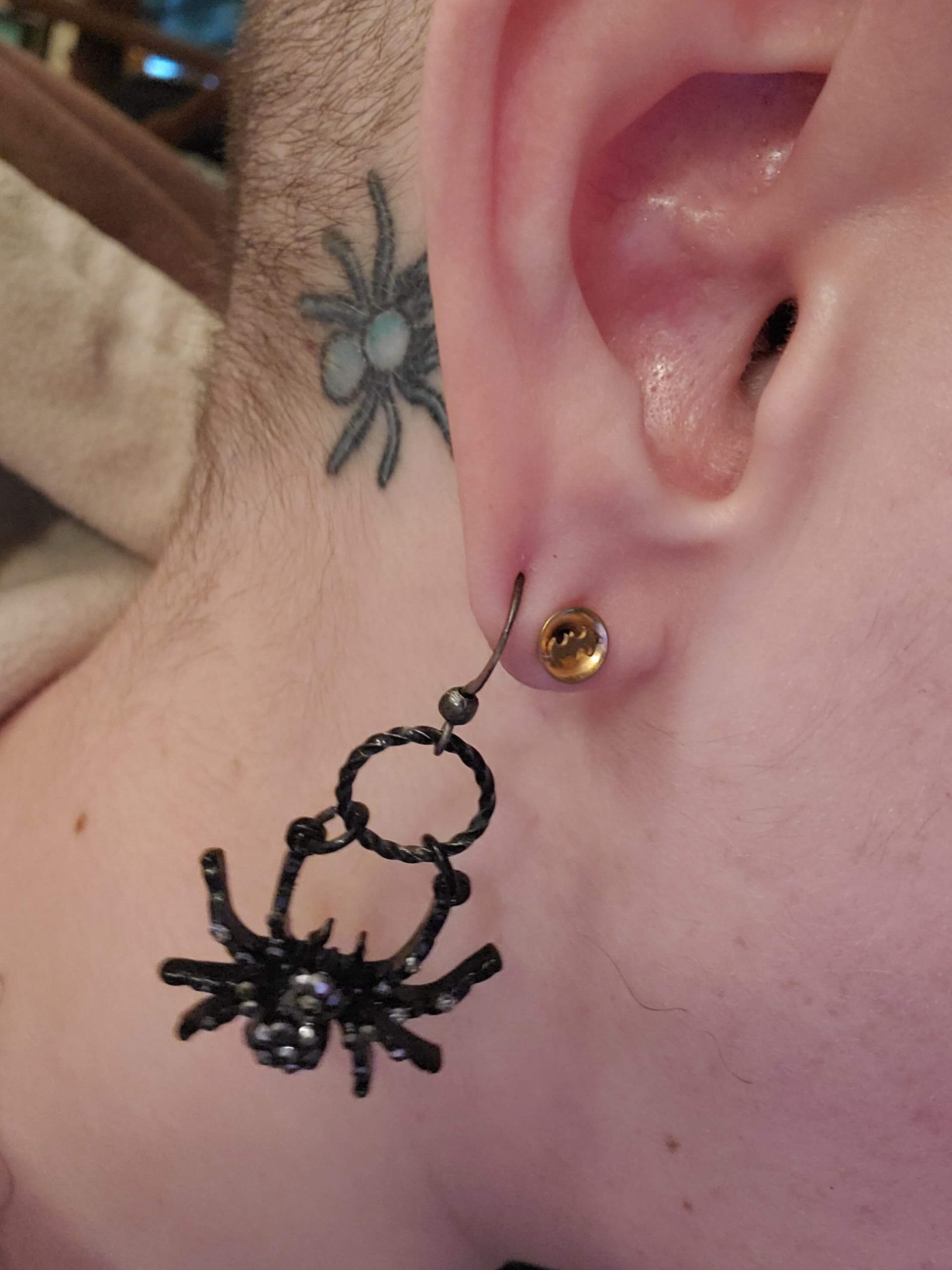 Friend Dani sent me some stickers with a penpal card, and I put them on the desk with all the other stickers on my desk. These pictures I took of them are much later than when I received them, though XD Here, “Embrace Hope” and the witch are new: 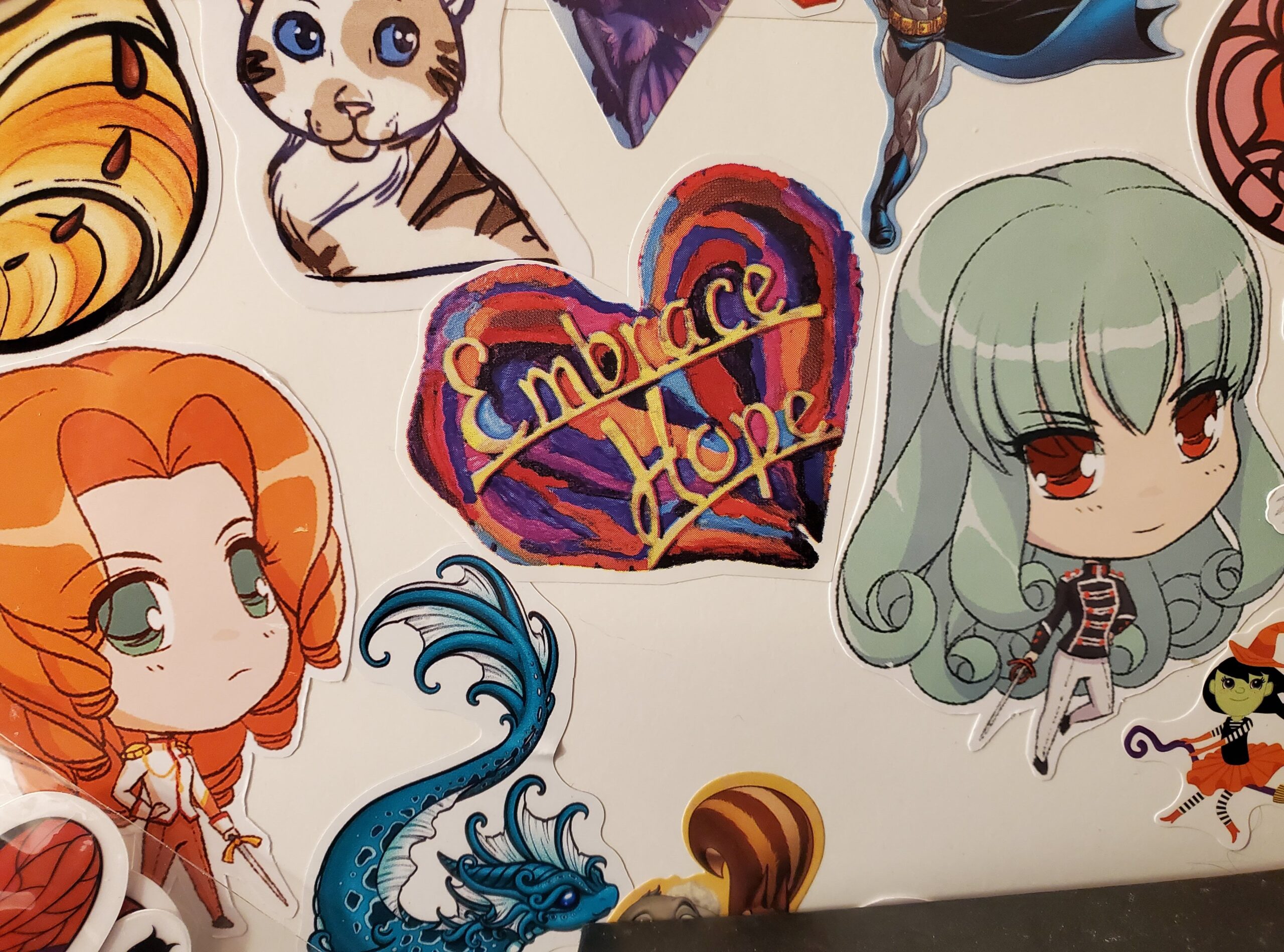 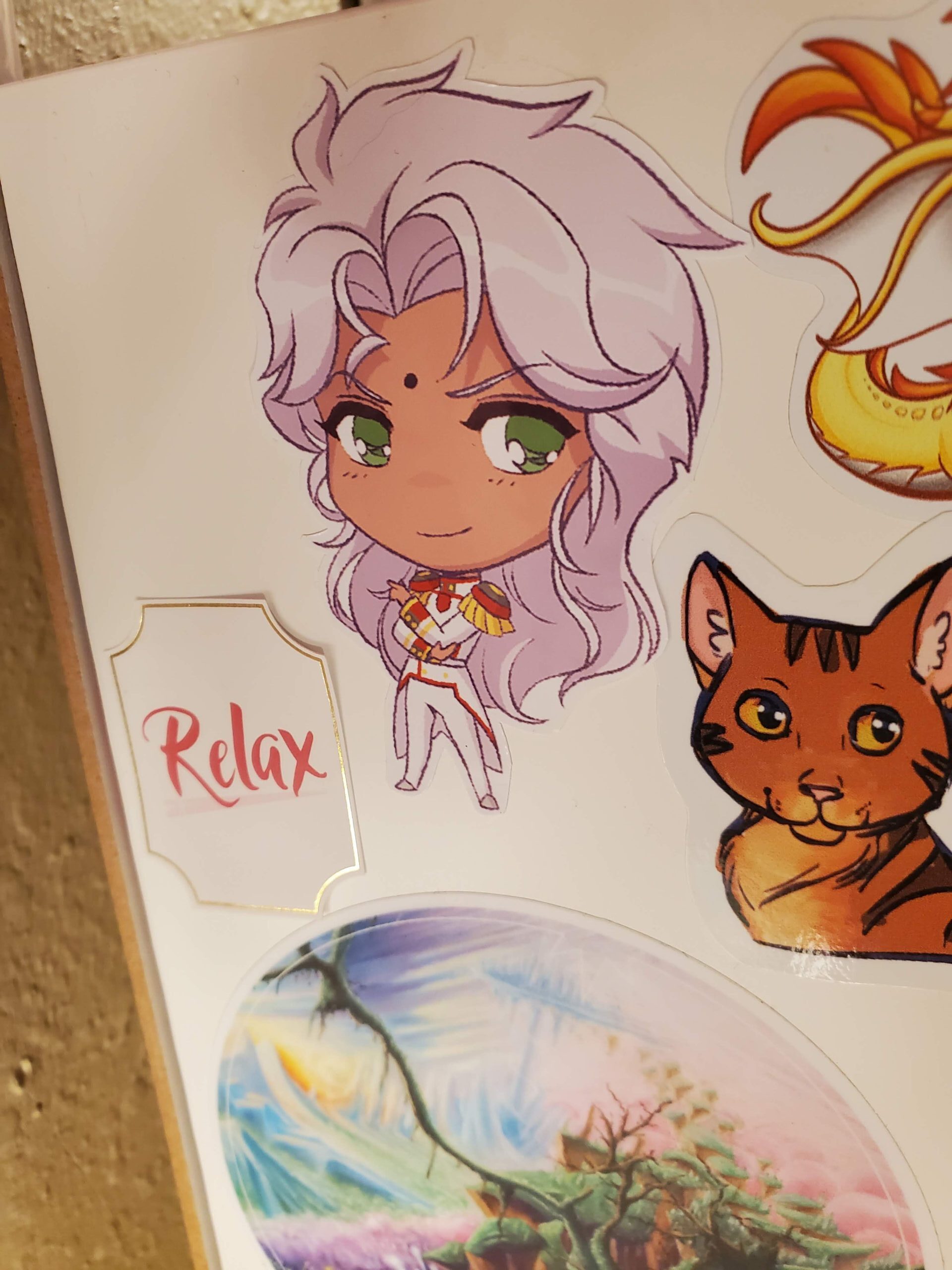 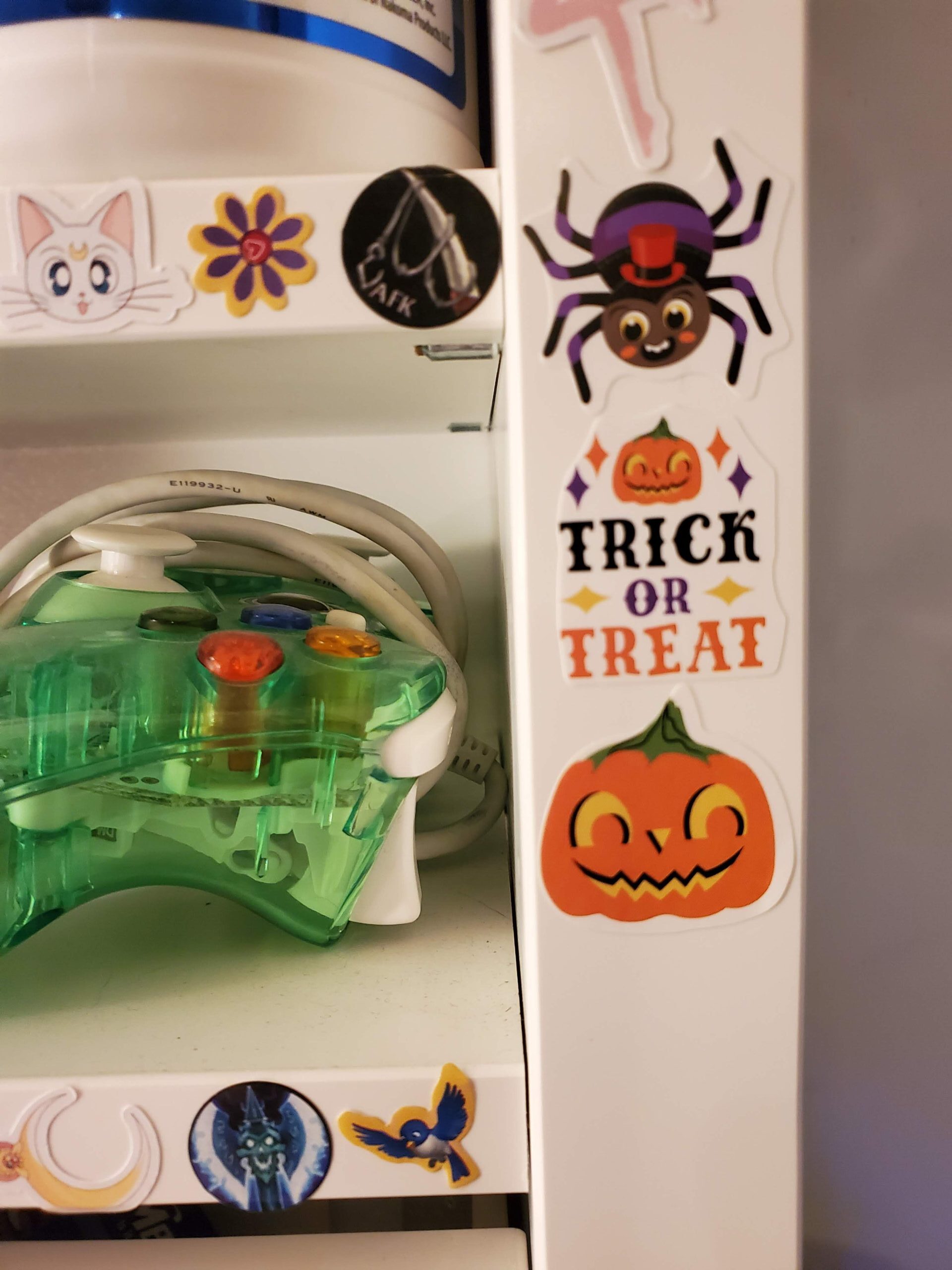 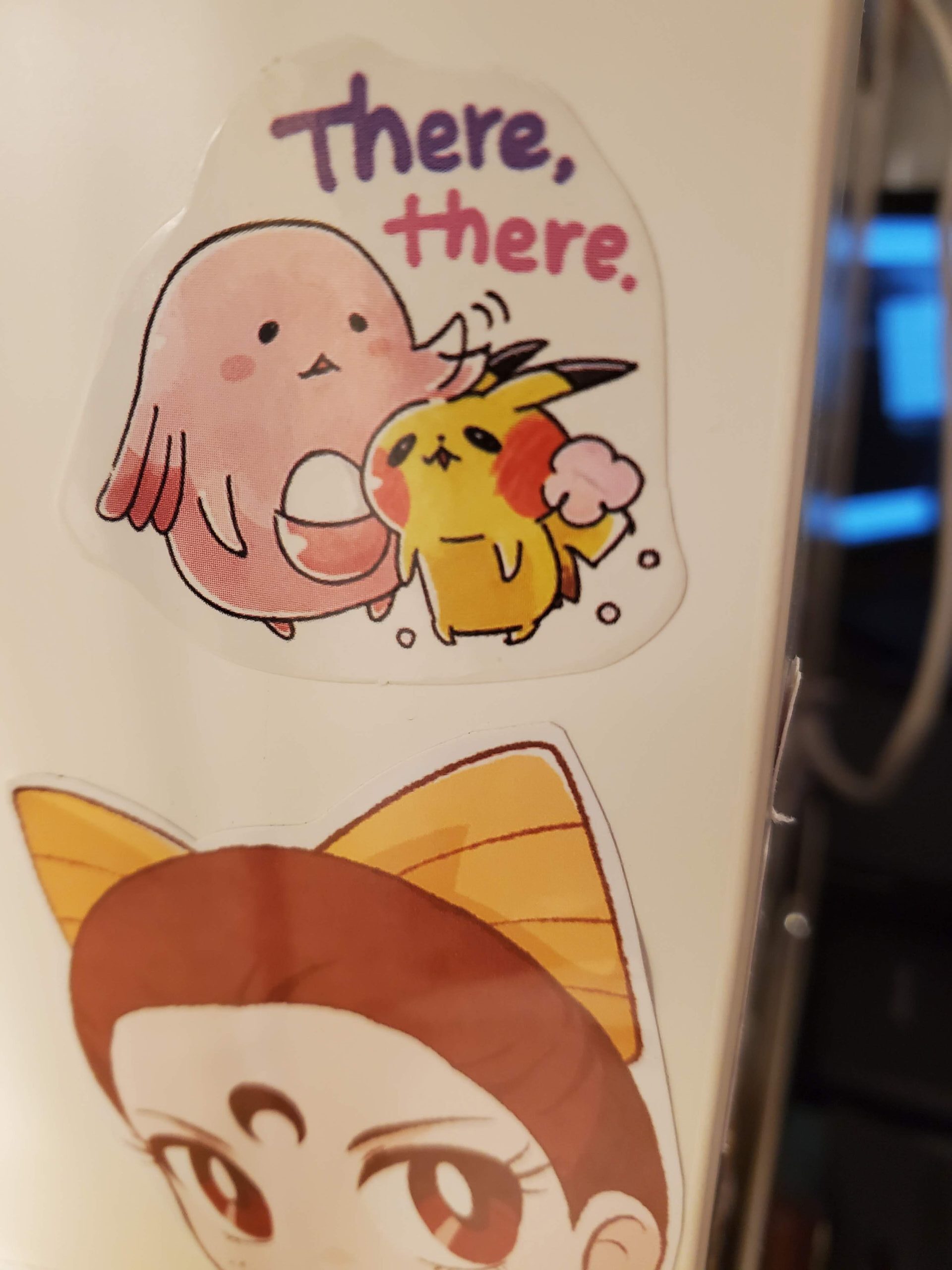