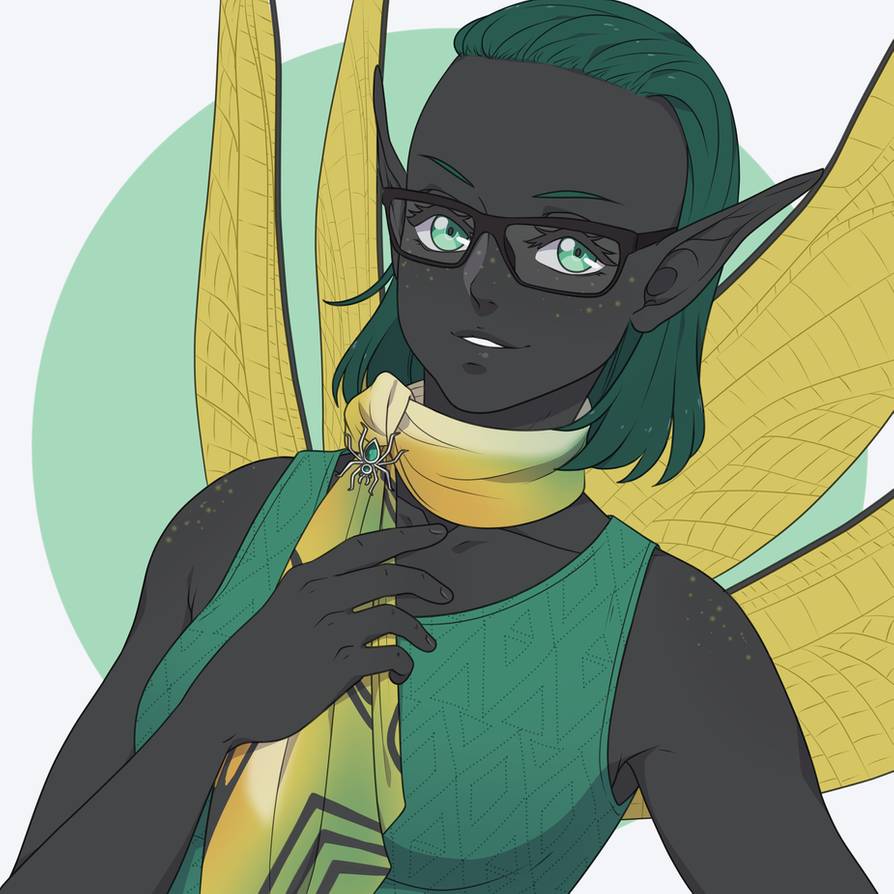 Names: kuroiyousei is my artistic handle, and as such I consider it as real a name as anything legal and used face-to-face. Yes, it’s composed of Japanese words (I write it 黒いよう精, in case you’re curious), but this is not meant to indicate any kind of preoccupation with Japanese culture. I just happen to have written a lot of fanfiction in a Japanese setting, and I think the name looks and sounds good. You’ll also see me using “Black Faery” sometimes, and occasionally referring to myself as “this faery.”

In “real life” my name is Robin. I’m fond of it because it’s a nice bird and a nice set of heroes that follow Batman around. It’s my middle name, used because my first, Jennifer, though a nice enough name, is ridiculously common, especially among women of my age. And speaking of which…

Gender and sexuality: Male woman (sing. they/them or she/her), graysexual lesbian. I identified as bisexual for several years (after the usual heterosexual confusion of youth), and would probably currently i.d. as bi/pan if I didn’t so loathe what our society raises men to be. Ugh. In any case, not all that much into sex.

Religion: Art-worship, and apatheism in regard to a conscious god. I revere the connection of human minds and spirits through artistic expression, the potential of art to improve both individuals and societies, and the elevation of thought and emotion that comes from experiencing and creating art.

I’m also involved in certain art-related magical practices that are more a discipline and source of interest than a religion or source of spirituality.

Most important thing in my life: Writing. This should be no surprise after the above. If you’d like to support my writing, please consider becoming a Patron or buying me a ko-fi. A secondary consideration in my life is my beloved pets (see below).

Profession: None. I’m on disability due to a grab-bag of conditions.

Hobbies: I enjoy drawing, and indulge in it more seriously (i.e. spend more money on it) than my level of talent perhaps justifies. I love reading (and collecting) tarot cards.

Favorites: Because art is so important to me, I write the occasional Art Experience Log: a not-very-well organized and often very truncated record of my reaction to the art I experience. But for specific lists…

Books: The Lord of the Rings by J.R.R. Tolkien, Watership Down by Richard Adams, and Ivanhoe by Sir Walter Scott are my top three that don’t tend to change. After those, I love nearly everything by Edgar Allan Poe, Rick Riordan, Jane Austen, the Amelia Peabody series by Elizabeth Peters, the Discworld series by Terry Pratchett, and more. Lots more.

Manga: I love Bishoujo Senshi Sailormoon, Saiyuki (in its variety of subtitles), Kuroshitsuji, and just about anything by Yoshinaga Fumi. My all-time favorite used to be Rurouni Kenshin, of course, but these days not so much. From my own side of the world, I enjoy DC comics (mostly Batfam).

Anime: Shoujo Kakumei Utena is far and away my #1 favorite anime. GetBackers is one of the few anime I like better than the manga it’s based on, though I also enjoy Bishoujo Senshi Sailormoon (original series, not stupid Crystal). Tiger & Bunny is another beloved title.

Western television: I love anything animated with Batman in, and also, pretty desperately, Castlevania. I’m currently following Miraculous: Tales of Ladybug and Chat Noir. Older favorites include Sofia the First, The Clone Wars, The 10th Kingdom, The Boondocks, both Avatar series, Disney’s Gargoyles, and some older, less artistic but more nostalgic things from my childhood including the original He-Man and She-Ra and Jem and the Holograms.

Movies: I love anything animated with Batman in. Other good ones are The Princess and the Pauper, Clue, Megamind, Zootopia, and the newer Star Wars installments. I enjoy a lot of horror movies, my favorites being Cabin in the Woods and the Conjuring universe. I go into severe anaphylaxis at nearly all book adaptations.

Music: I’m easily bored, but I love almost anything that doesn’t bore me. Some favorites (or at least artists/bands that have enough non-boring songs to be listed here) include Barenaked Ladies, David Bowie, Coheed and Cambria, Dream Theater, Flo Rida, Gackt, Adam Gontier (with or without Three Days Grace), Michael Jackson, Toby Keith, L’Arc~en~Ciel, PSY, Rammstein, Shakira, Sting, System of a Down, and Toto. 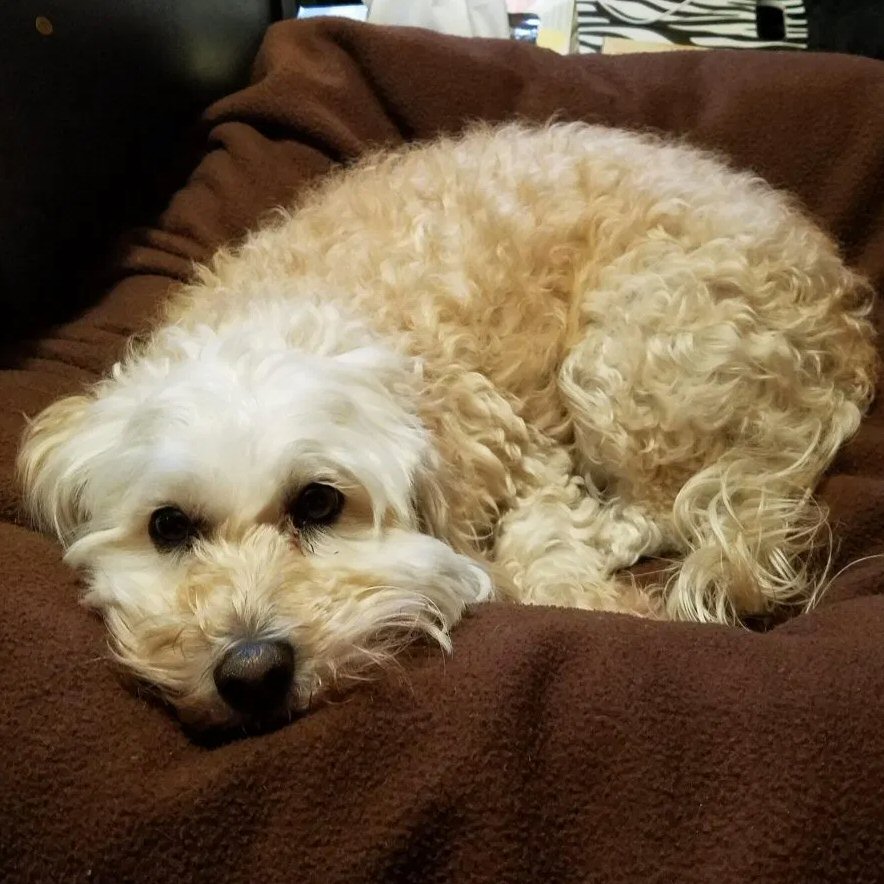 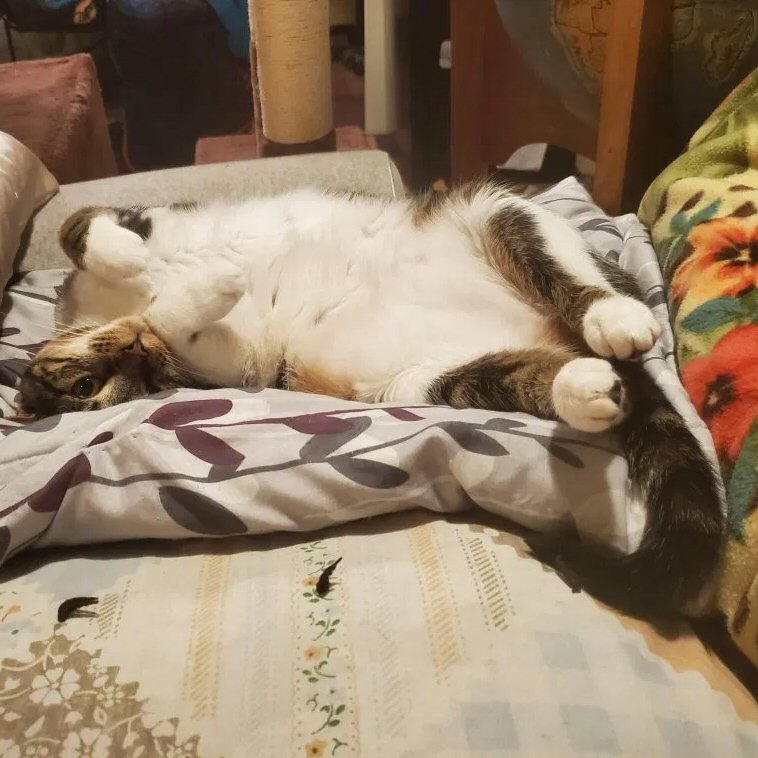 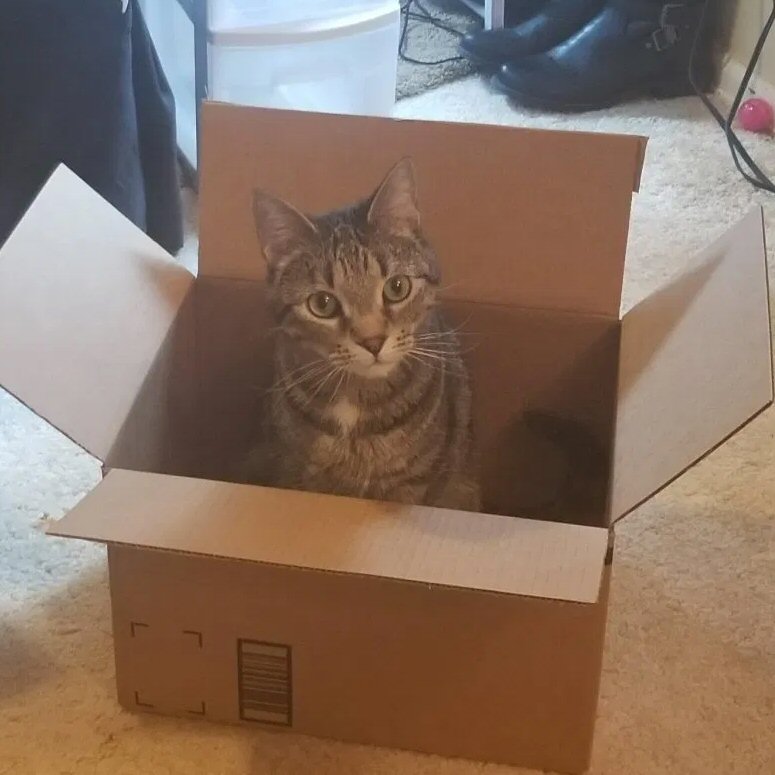 I have three pets and an honorary fourth. First is Hiko, a Maltese-poodle mix (maltipoo) I got from a rescue that loves to jump and play with him dinosaur and wag him tail and lick him kitty’s ear.

Piper (named after Piper McLean of the Riordanverse) was a 13-week-old feral I adopted when she was brought in for spay at my former workplace. She loves to leap, and cuddle her best friend Hiko; and she will play fetch with the rattleballs as long as you are willing to throw for her.

Most recently acquired is Suki, whom I also adopted at my former workplace. She’s an adorable little bitemonster driven by the desire for food. She’s friends with Piper, mostly ignores Hiko, and takes turns bullying and being bullied by Galileo.

Then there’s Galileo (the honorary pet, since he technically belongs to my brother), a Very Silly Bean who was a stray and now wall-jumps around our house. He doesn’t like me very much. He does like to sing a wonderful song.

These four friends of mine are known collectively as Little Animals, or LA’s (I use apostrophes to pluralize initialisms). I post a ridiculous number of photos of them in my Two Weeks In Photos entries, should you happen to want to see more of them.

Animals of all kinds are wonderful, though, aren’t they? I love spiders and pigs and cows and whale-sharks and other sharks and dik-diks and bun and zebras and snow leopards and rats and spotted towhees and snakes and corvids and spiders. Previously I was a veterinary technician, until the aforementioned grab-bag forced me to leave that field.