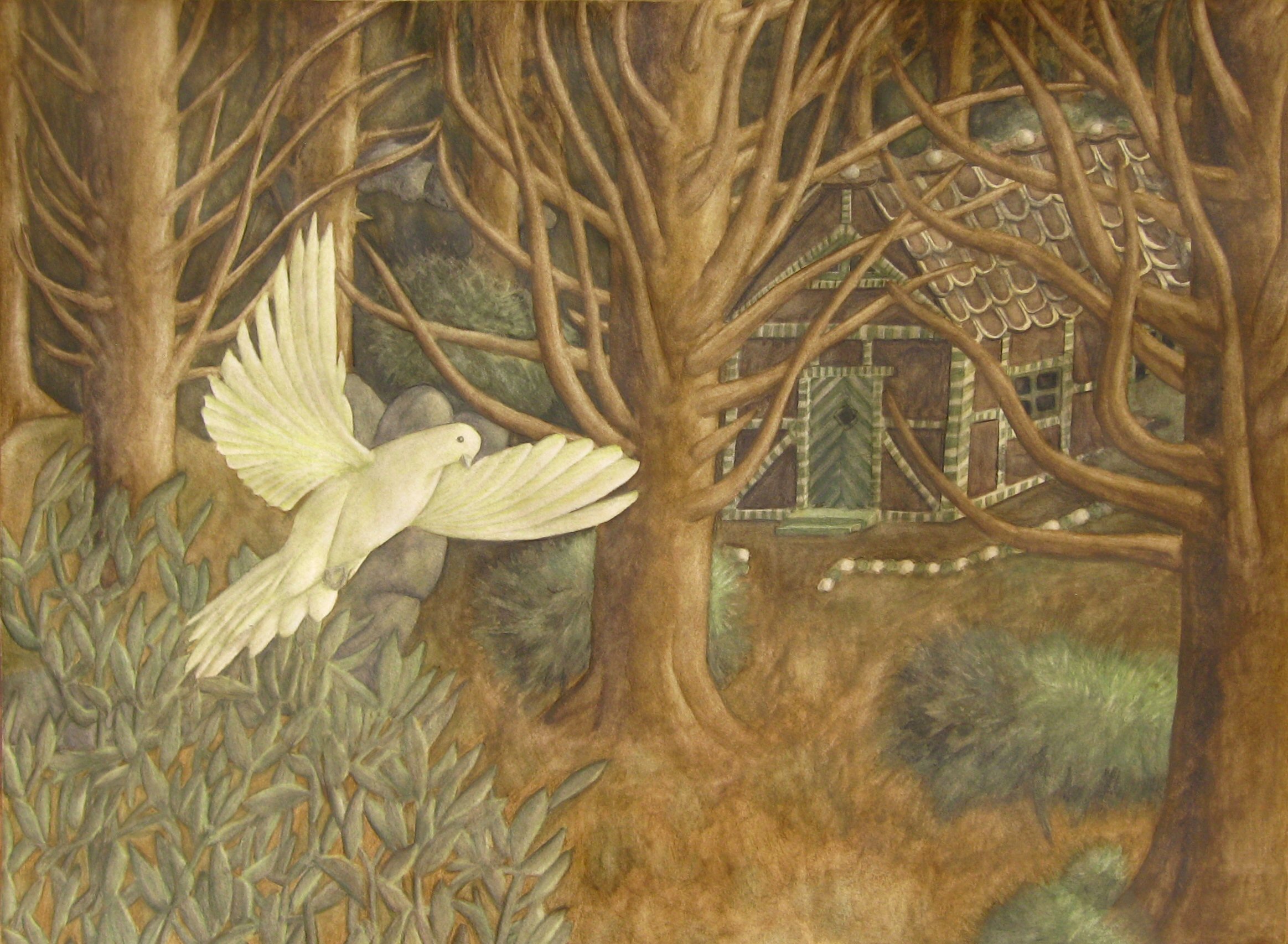 One of the things I love about faery tales is how some parts of any given story never even begin to be explained. The white bird that led Hansel and Gretel to the house in the woods — what was that about? Was it a servant of the evil old woman? The old woman herself, perhaps, in disguise? Did it want to help the children, and think that, since they appeared to be hungry, a house made of cake might serve their needs? Or was it, as so many elements of faery tales are, a completely random occurrence with no real connection to the rest of the story?

In any case, I decided to draw a picture of it.

This piece is 30″ x 22″, which means I had to take a photo of it rather than scanning it. (Actually technically my brother took the photos, because he’s cool like that.) The problem is that because of the wet medium, the paper ended up somewhat warped even after my best attempts to flatten it out. So there are some spots that appear a little weird in the photo.