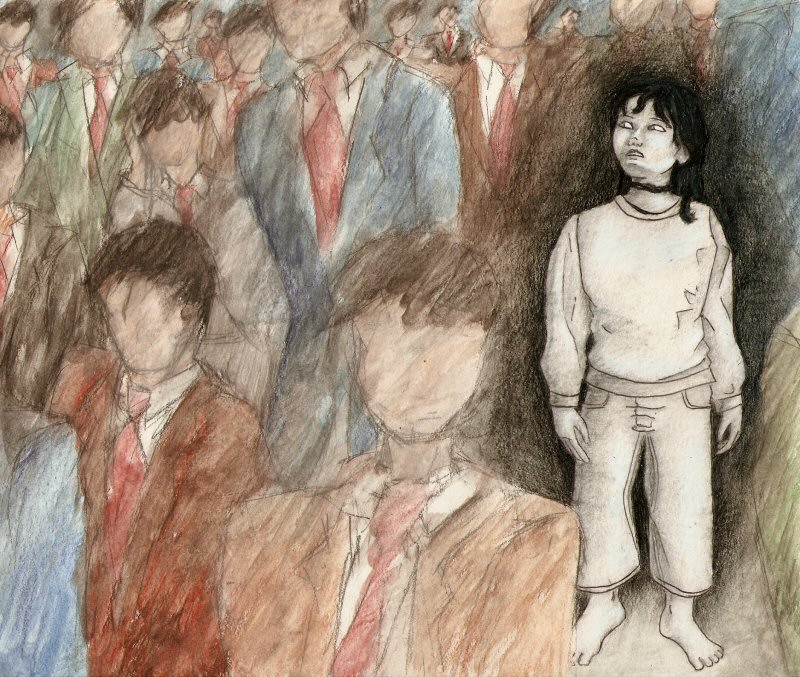 This character was described as having some kind of power or ability that often leaves him “alone in a crowd,” though not necessarily physically. So I decided to try to convey that with this picture. I think it worked pretty well.